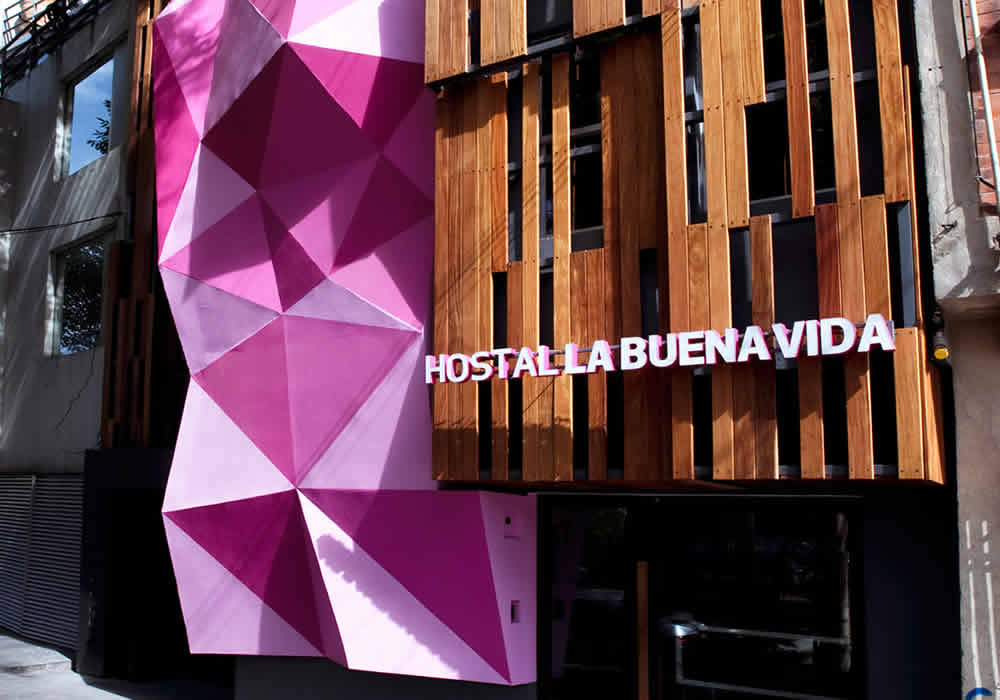 Do you think pink is too vanilla and irrelevant for powerful architecture? If so, we will dispel this stereotype on examples of the most impressive modern buildings!

Bright colors have been used in architecture forthroughout history, but take a closer look at today's buildings: with all their industrial appearance, they demonstrate their complete indifference to frivolous, playful colors. Most of them pales against the background of their “ancestors”. Whether it was before: the builders tried to use shades that would make the building stand out from the background of the rest of the buildings. Look at the Argentines: they even made the official residence of their president in a bold pink color. This, however, had its own background: such a move was supposed to become a symbol of the unity of the main political parties, whose colors were red and white. 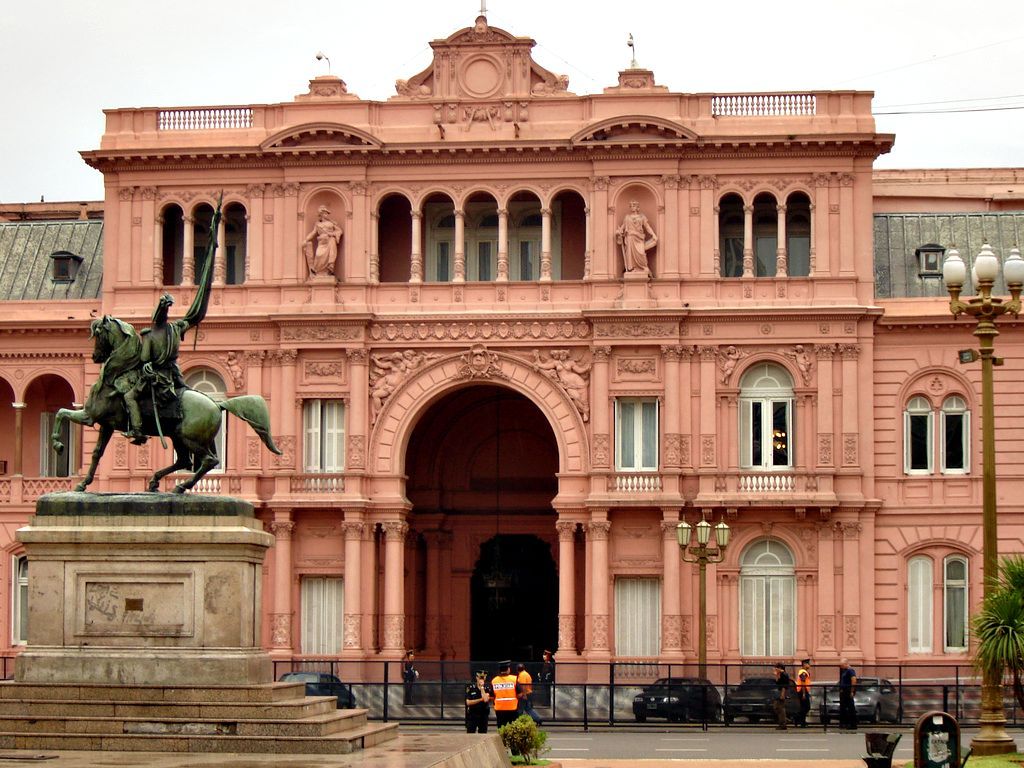 The Cairo Museum, which holds the world's largest number of ancient Egyptian finds, also, incidentally, is painted in pink. 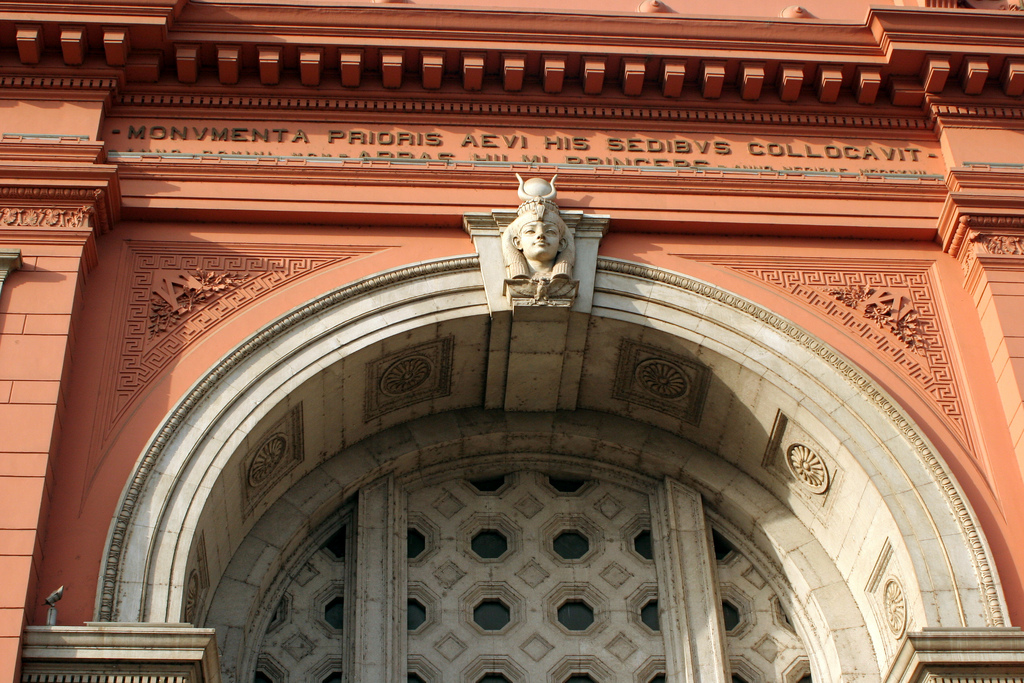 And in India there is a whole "pink city" - an amazing place called Jaipur, where many houses and palaces are built of an unusual pinkish-orange stone. Such a beauty is really impressive! 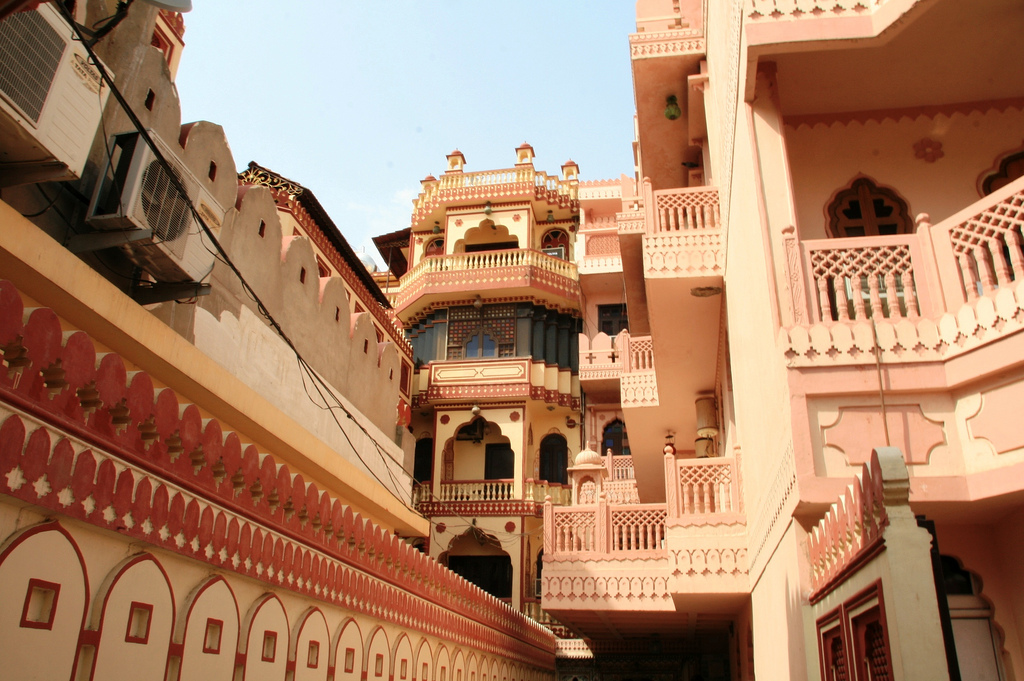 But why go far? Walking along Nevsky Prospekt in St. Petersburg, it's difficult not to pay attention to the pink palace of Beloselsky-Belozersky. 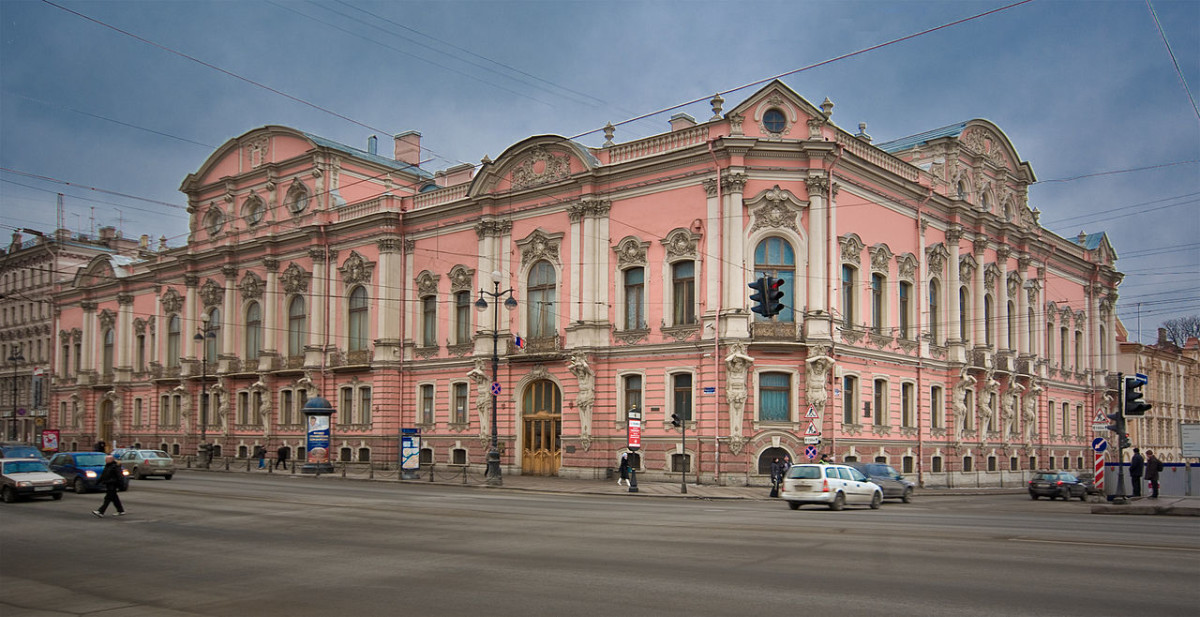 Well, we've shown you some historical examples, and now let's move on to the most interesting - to modern buildings, whose creators were not afraid to use pink color.

Architects of the Swiss company Group8 in 2011Year ended their very original project - a house in Geneva. An interesting feature of it is the glass facade with sun-protective fabric of pink shades, which if necessary can easily be hidden in a niche above the window.

And how do you like a house that looks like a bright candy? Architectural studio Moon Hoon is absolutely sure that a functional house with a "smart stuffing" can be original and fun. The facade with hypnotic white and pink stripes completely hides the internal configuration of the rooms, which makes it even more interesting. The construction of the "sweet" cottage was completed just a couple of years ago - in 2012. 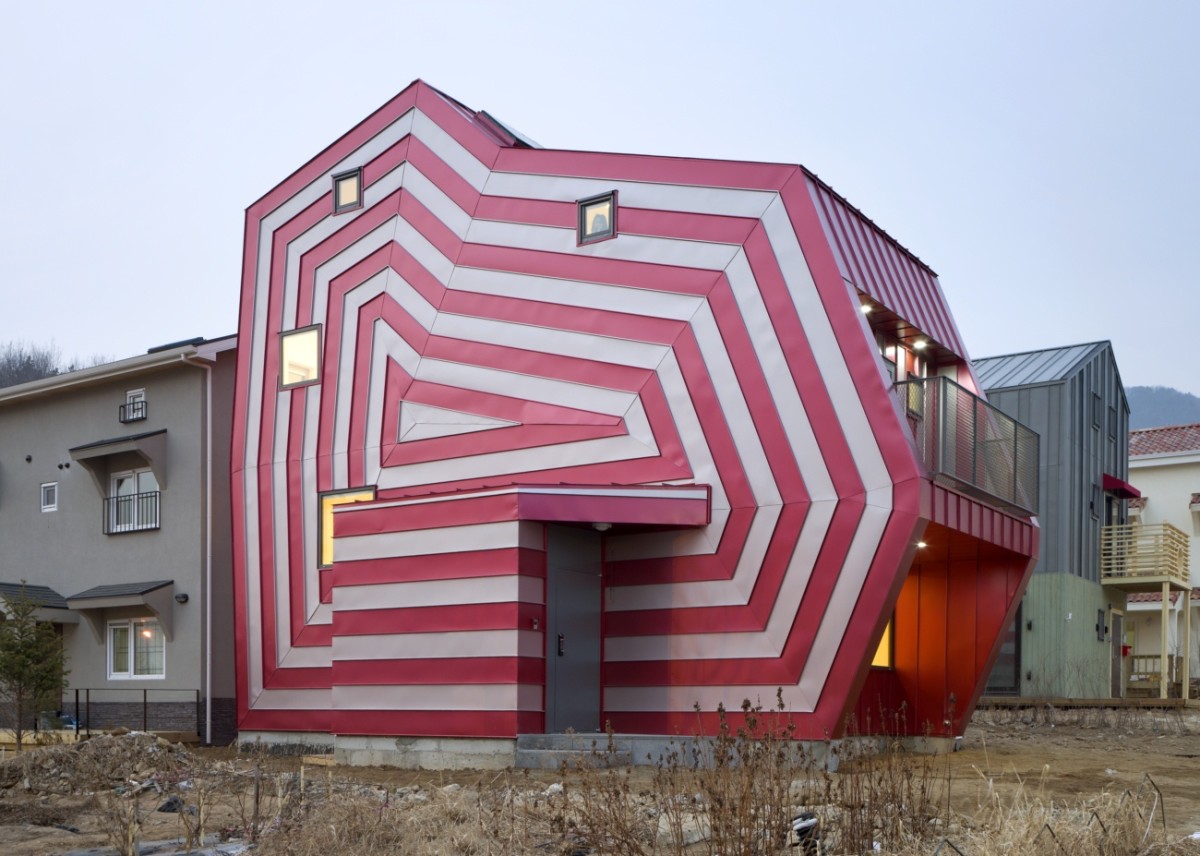 The following house, built in 2005 inColorado, is an inspiring example of organic architecture. Fäanas Architecture has perfectly worked out the exterior of the building, and as a result it has become a single whole with the surrounding Red Canyon. 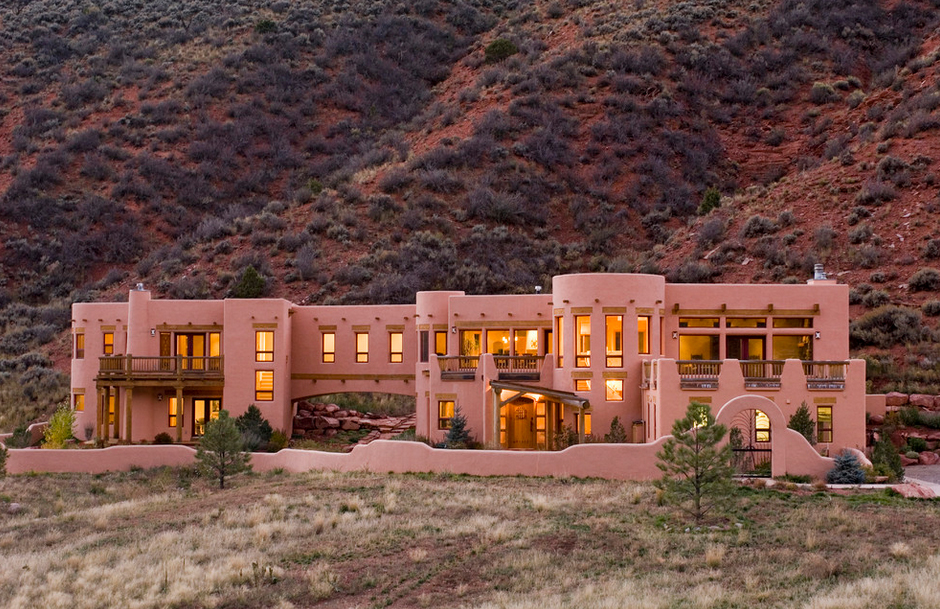 This is an eclectic mix of the Moroccan atmosphere,Mexican folk art and modern design. The Pink House Boutique House was designed and built by artist Jill Hunter in hot Mexico. His bright palette demonstrates the colorfulness of this country. No other color could accurately convey the mood of the house and the area in which it was built. 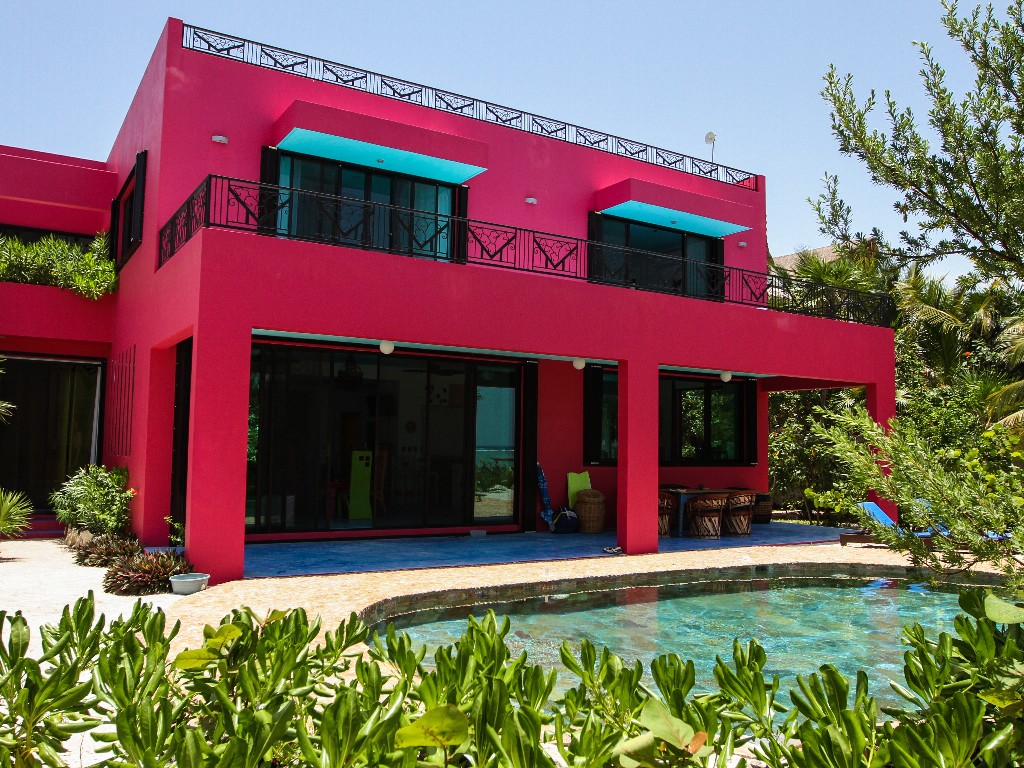 This luxury hotel in Hawaii was built yetIn 1927, but, in spite of this, he simply had to be on this list. At one time he was the legend of the resort hotel, it was rested with heads of state, Hollywood celebrities, and even Marilyn Monroe did not deprive him of their attention. Although for the entire period of its existence this place has replaced many owners, not one redesign has survived, the color of the building has always remained untouched. Pink Palace of the Pacific - this is the name of the most romantic hotel in the Hawaiian Islands. 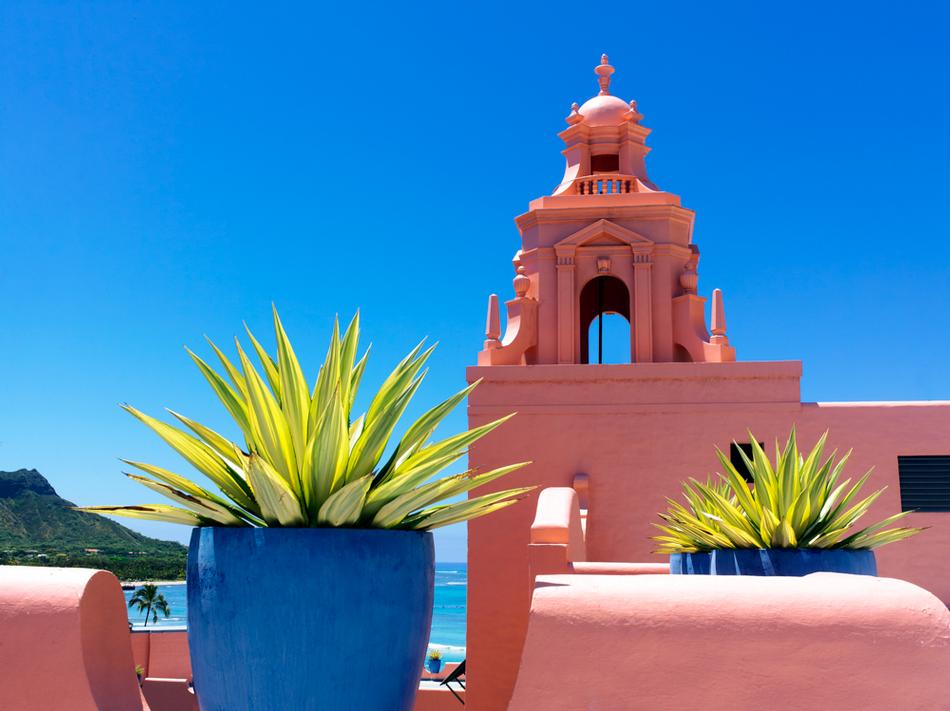 Design Bureau Stephen Williams AssociatesMade sure that the acid-pink part of the hotel facade attracted the attention of travelers who visited Hamburg. Want to luxuriate in the sun, sipping an exotic cocktail, - climb up to the roof and take your favorite chaise longue under a bright umbrella. 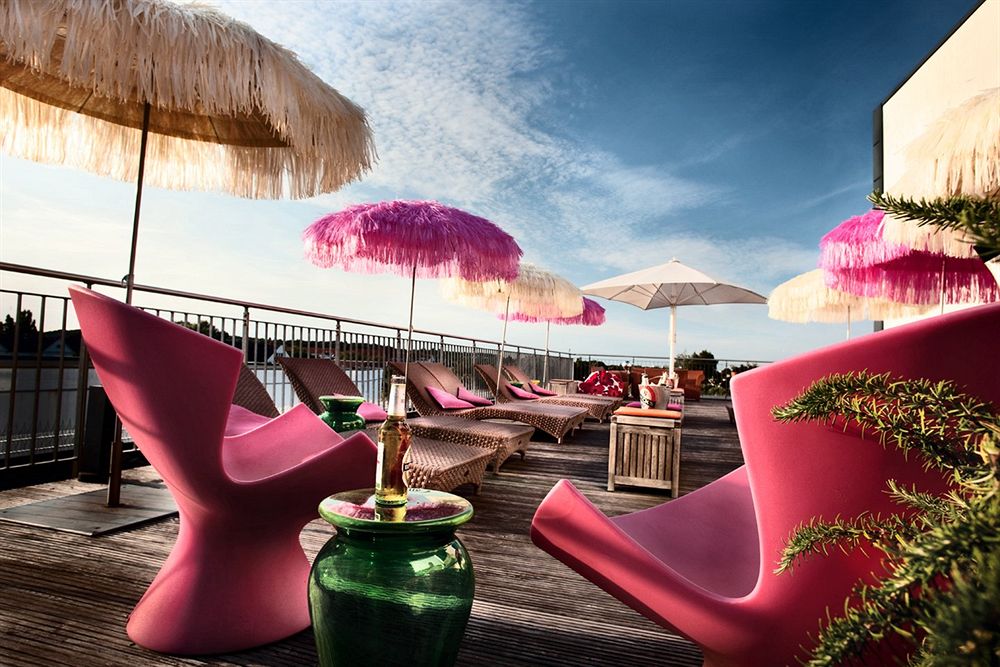 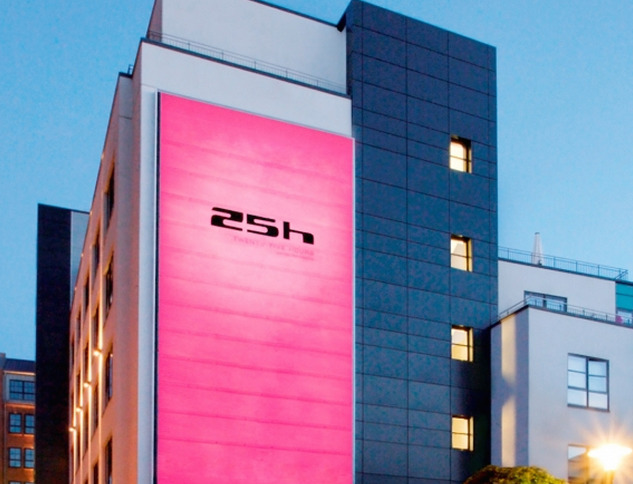 Here is another example of a modern pink house,Which stands out against the background of its boring neighbors. It was built in 2012 by the company Urban Improvement Construction in the vicinity of St. Louis. On the left side of the house the colored panels create the illusion of brickwork, and on the right is a cozy one-room apartment, which the owners lease. The largest toy store Mattel, Ink. First opened its doors on the Chinese market in 2008. Architects from Slade Architecture have created a real pink paradise for young ladies, where hundreds, or even thousands of Barbie varieties are adorned. The store lasted only 2 years. The reasons for its closure were very many, but the beautiful exterior is not one of them. Would not you like to study and conductTime in such a school? Architect Eva Samuel began reconstruction of the kindergarten, and as a result, the aluminum facade of the building was brightened with bright crimson insets. The school is built in the heart of Paris and is surrounded by high-rise buildings, against which it stands out clearly with its playful color scheme. Mexican Architectural Studio ARCOArquitectura Contemporanea 3 years ago, developed the design of a youth hostel in the fashionable district of Mexico City. The facade, dotted with geometric figures with a bold combination of different shades of pink, is complemented by soothing warm wood. Translated from Spanish, the name of the hostel translates as "Good Life", and it's really good here, and even for little money.