Technology stepped into a new era - at home from now onCan be printed on the printer! The most interesting, amazing and, oddly enough, noble projects in the field of printing buildings we present to your court in a new material. Everyone, even the smallest technological step, opens up to us simply sky-high prospects. Here and the three-dimensional seal has reached the peak of its development. From now on, 3D printers print houses.

Under this title, manyProjects and large companies. But the plans remained plans, the very first to realize their ideas and show them to the world could a simple resident of the United States with a nice name for the Russian ear - Andrei Rudenko. The man himself designed a 3D printer of suitable sizes and printed a castle with arches and turrets right in the backyard. Of course, this is not a real house, but only a gazebo, but it looks more than impressive. As the main material, the 3D architect used the most common concrete. 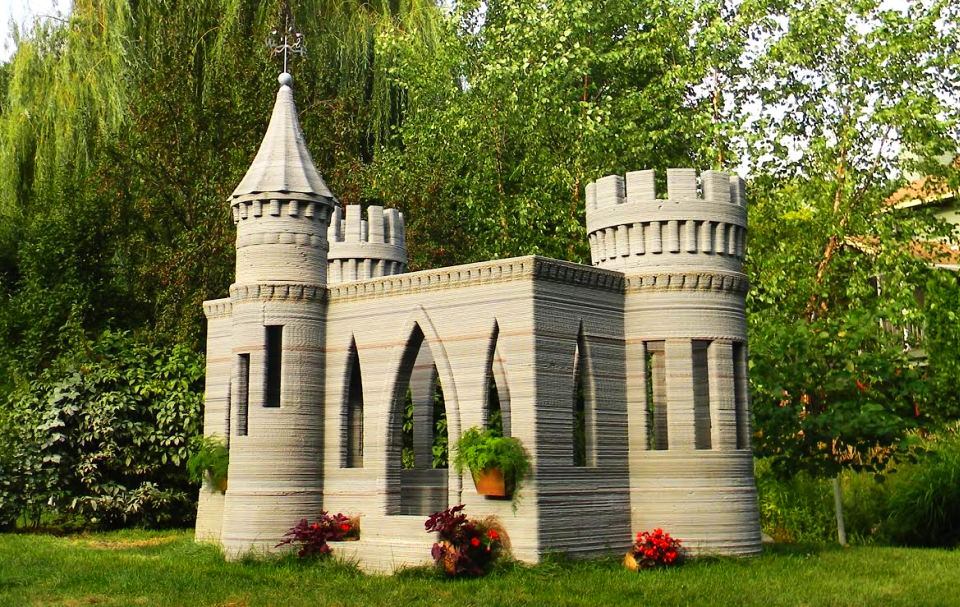 This project was created to participate in the EuropeanEuropan competition by the Dutch architect Janjap Ruijssenaars. Its implementation is planned for the near future, and the concept certainly attracts enthusiastic mathematicians. Landscape House will be a double Mobius tape and embody the idea of ​​a house-landscape - a space without borders. Of course, the load on the construction will be colossal, so the 3D printer will be used only for printing the frame, which will be filled with reinforced concrete in the future.

This project gives a clear answer to the main questionOur material: how many homes can print on a 3D printer for a day? The answer came from China. Shanghai 3D printer for printing houses can create ten buildings from construction and industrial waste. And what is most pleasant - the cost of production of one such house will not exceed 5,000 dollars and they will be intended for the resettlement of the poor and homeless.

A minimalistic house that can be carried everywhere withThemselves, designed and implemented by students of the University of Huddersfield. This tiny house with a window-porthole has everything you need and can be printed on a 3D printer with all the internal equipment.

It is this house that has been called the first year inWorld entirely printed on a 3D printer. Yes, that just did not finish it. They say the building site in Amsterdam even had time to visit Barack Obama, but, as we see, this did not affect the speed of construction. For three weeks of continuous work, it was possible to print only a small three-meter corner element. A special printer for printing houses was designed for the project. Separate joy - the construction site is open for visiting, which means that the particularly impatient will be able to follow every step of the construction and before all see the first outlines of the long-awaited project.