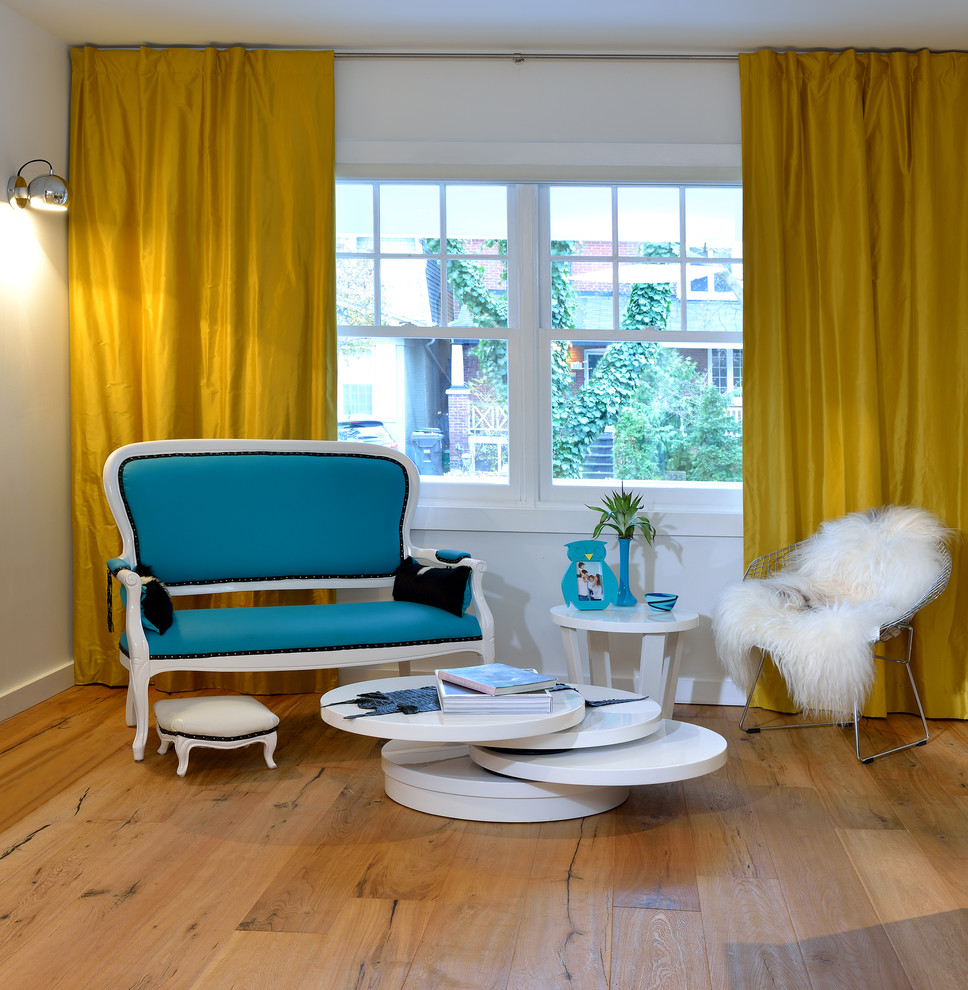 What interiors designers create for themselves? Vivid, unusual, memorable and often rather controversial. The new refuge of the creative couple from Toronto can be described by many epithets, but it's not boring to name it. Where most people see problems, the newly-made designer Vanessa Emam and her husband Rambod Nasrin saw the opportunity. The couple acquired almost a century-old house, in which only doors functioned correctly, and turned it into a modern eclectic residence with a rich palette and a bright handmade decor. 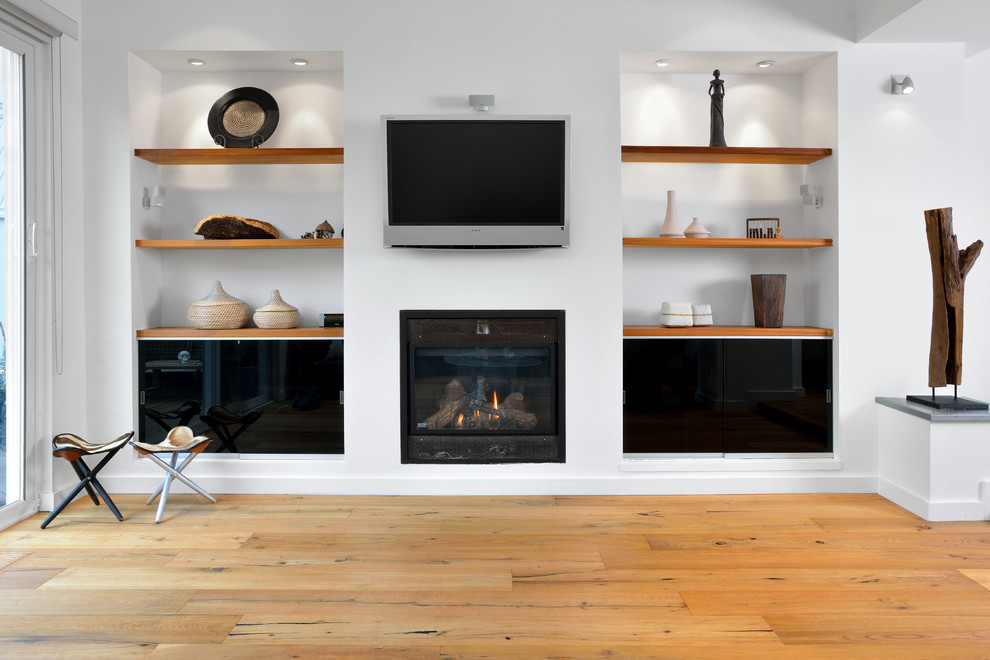 The door, behind which the guest bathroom is hidden, was painted by the landlady herself. The starting point for the work were newspaper clippings and photographs, with which the designer pasted the door. 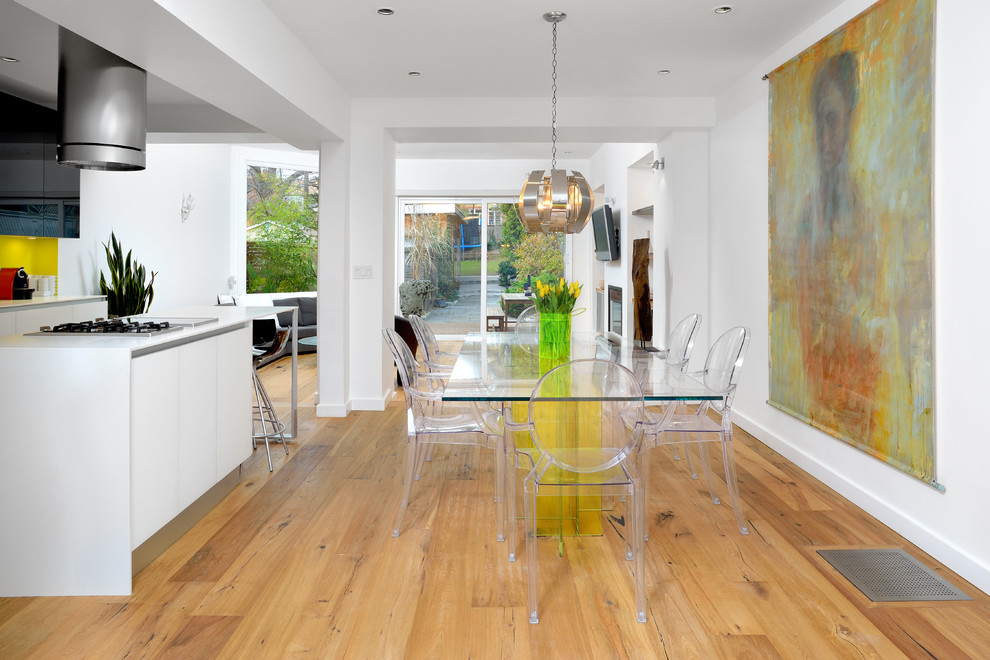 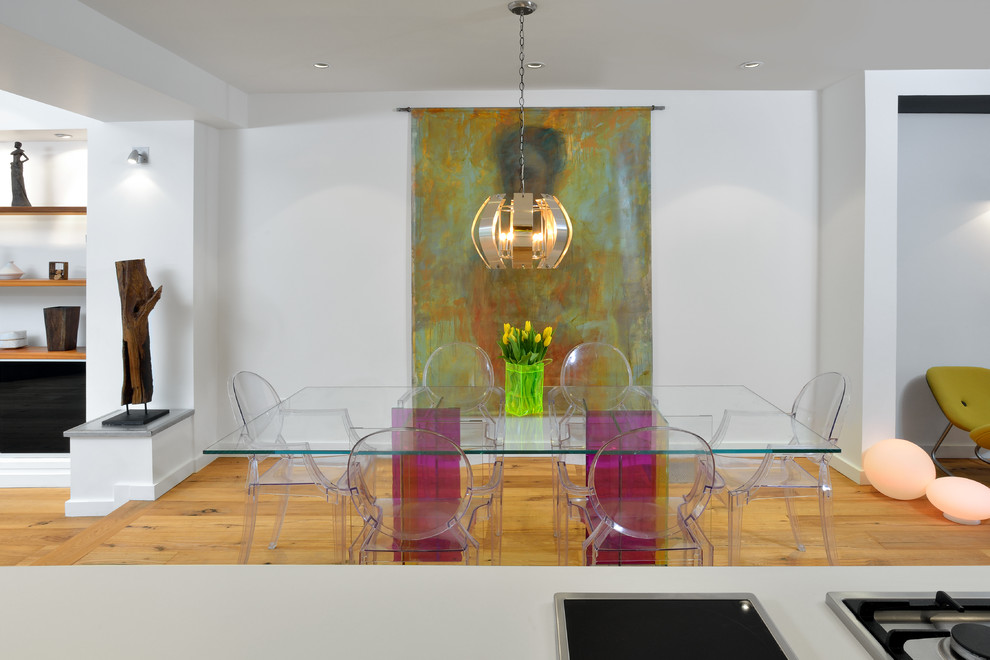 After the alteration, the previous plastic trimsCeased to match the composition and were replaced by aluminum. They, in turn, inspired the hostess for another artistic experiment - a ceiling lamp. To him Vanessa Emam also gave life on her own. Our opinion The kitchen here is made in accordance with the latest trends: a monolithic black block of cabinets and a white island. All without pens, extremely minimalistic. Please note that the bar is made as a continuation of the island. Apparently, the table top and side walls of the island are of Koriana. It was thanks to him that he managed to make such a thin and sturdy construction. The owners wanted to make the living room as much as possibleModern, but at the same time leave wooden floors and a fireplace. So, I had to replace the brickwork of the portal with concrete, and the traditional fireplace grate - with refractory glass. 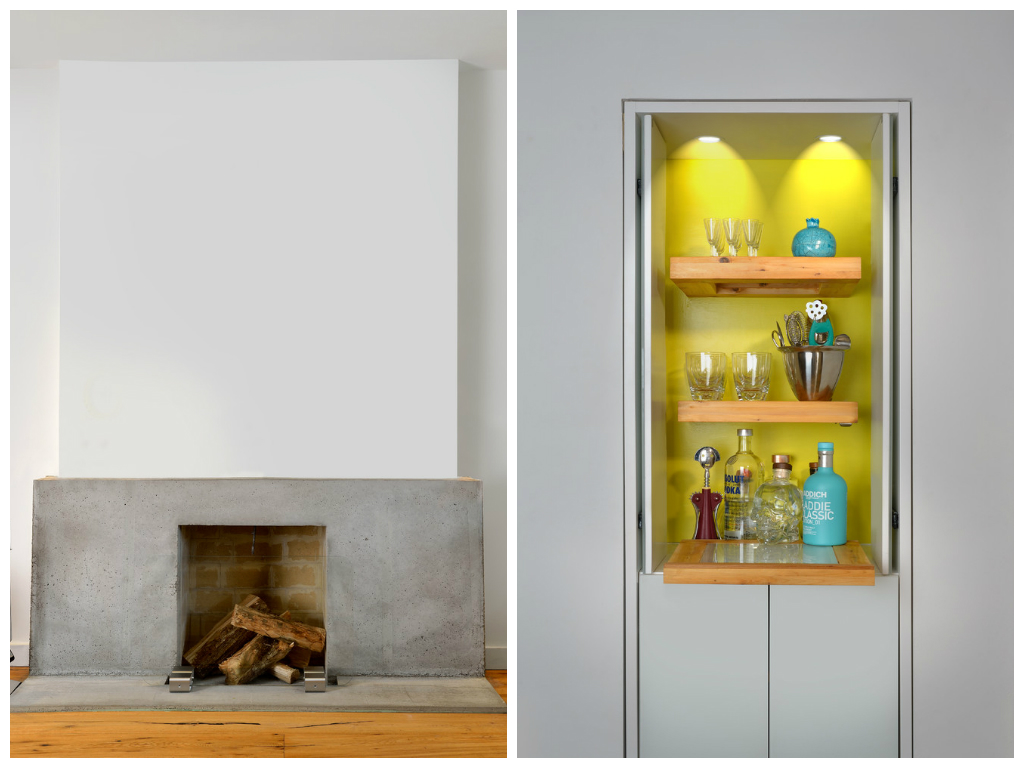 To emphasize the confusion of times, in the sofa zonePlaced a rather eccentric modern tables, a plastic armchair and a sofa, leaving its forms in the distant Victorian era. Our opinion Pay attention to the floor in the living room: the boards have a width of at least 40 cm - this is now on the crest of fashion. In this case, wood itself is made from inexpensive varieties. Unfortunately, in our shops the flooring board from pine and larch available to all is much narrower. And those wishing to put such a fashionable floor will have to choose either a board of antique origin (from old European trains, for example), or a larch board, specially cut to the right size (which significantly increases its cost).

Project of the week: a very fashionable apartment for a young couple

How to tame a leopard: add a fashion trend to your interior - etk-fashion.com

Fashionable metal decor: how to use, with what to combine? - etk-fashion.com