November 27 in the Moscow Design & Decoration CenterIn the framework of Design Focus 2014 a lecture-meeting "Profession - interior designer" was held with the successful designer, decorator Anna Muravina. Roomble acted as an informational partner of the event. The meeting was attended by beginning designers, architects, decorators, and those who already have a baggage of experience and knowledge in the field of interior design. Lecture of Anna Muravina was interesting and useful for everyone. Anna Muravina, interior designer The name of this person is in the top ten best designers of Russia, according to experts Elle décor and Architectural Digest. Anna Muravina and her partner Lada Guseva more than 20 years are engaged in interior design in their own design bureau "MUGU Interiors". In addition, Anna is the executive director of the ODI - "Association of Interior Decorators". Mugu-interiors.com As part of the meeting-lecture Anna Muravina shared the secrets of building a competent dialogue with the customer, suggested many techniques that help to better understand what the client wants to eventually see. Anna Muravina, interior designer: - There are mistakes that many designers allow. The most common example is the question: "what style of interior do you want?". Such a question will lead us nowhere, because for the client this is a dense forest. The main thing is to remember that in fact the client knows exactly what he does not want. For example, he does not want high-tech or a green sofa. If the customer knew exactly what he wanted, he would not turn to the interior designer for help. Our main task with you is to understand what atmosphere he wants to receive. At the meeting Anna Muravina told about the choiceColors for the future interior. Explained that asking the customer about his favorite color is dangerous, because the perception of shades, for example, in clothes, and the choice of colors for the interior - things are fundamentally different. Anna Muravina, interior designer: - Sometimes, what is combined in clothes can be used in the interior, for example, only as accents. And you need to talk about this with the customer. It is necessary to explain that the color in the interior should be complex, explain what it means. It is necessary to tell and about the properties of color: that under different lighting, under different weather shade can be different. Anna Muravina advised designers at the first meetings to indicate certain boundaries in the work with the customer: specify at what time it is better to call and write, to warn about the desire or unwillingness to visit the salons together with the client. The designer told about the stages of work on projects, revealing many professional secrets. Anna Muravina, interior designer: - The result of all discussions, clarifications should be an understanding of the atmosphere in which the customer will feel happy. We denote ourselves what needs to be done to make it feel good. Further it is much easier to work. Conflicts occur in those who do not pronounce all the images and images. After all, the designer should be both an orator and a psychologist, too. As a result of unfulfilled hopes, expectations and images, disappointments appear. 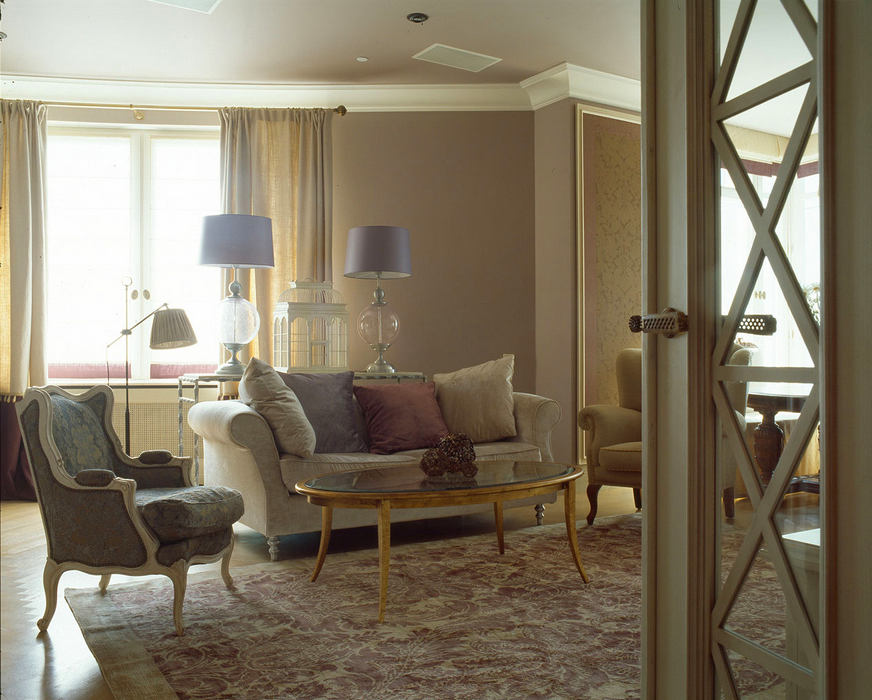 At the end of the meeting Anna answered questionsListeners and said a few words about the philosophy of the "Association of interior decorators" - that the organization seeks to create a civilized and professional market for interior designers. What should be the interior for a strong and independent woman - etk-fashion.com

The correct way out: 13 things that should be in the hallway

The glass pyramid in the south of Paris is! - etk-fashion.com

Festive serving: what should be on the New Year's table