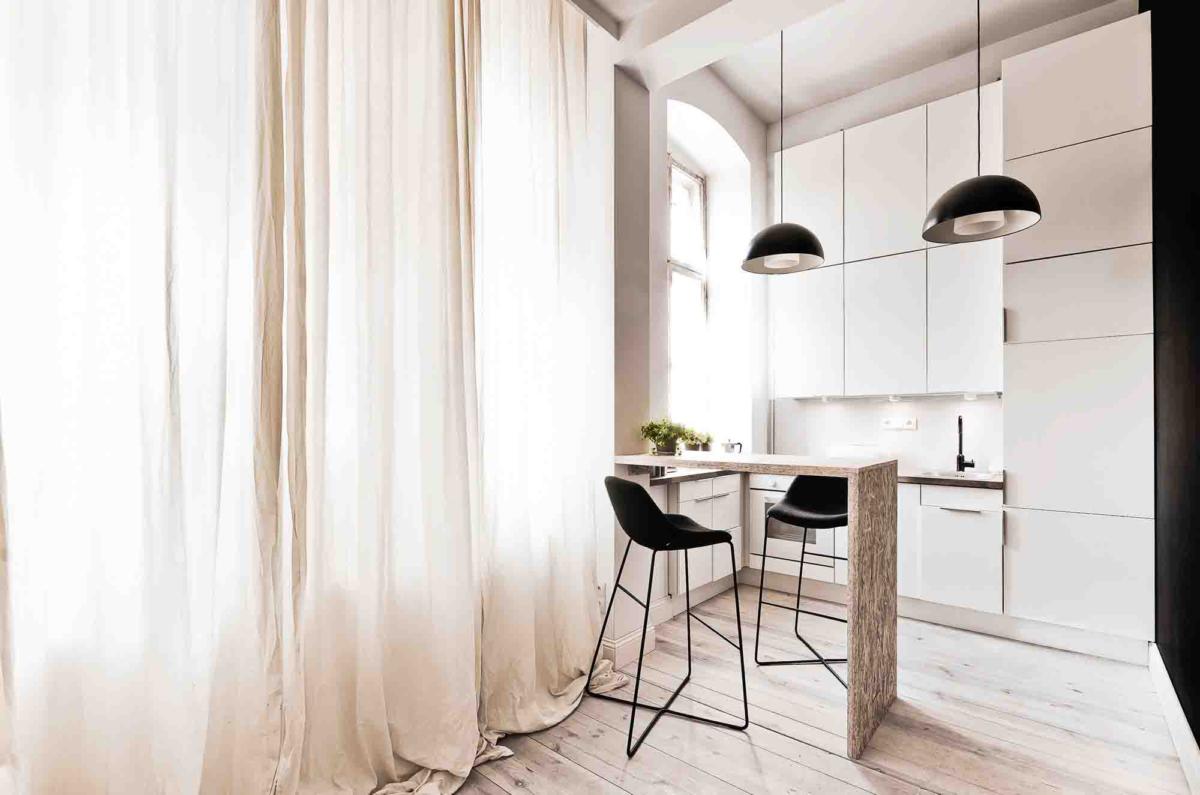 What do you know about Polish interiors? We are not so much, but after getting to know this apartment we will try to fill in the blanks

Poles, like the Swedes, know a lot about not only in whitecolor, but also in solving the excessive tasks of functional zoning. For example, craftsmen from 3XA could place a full living room, kitchen, bedroom and a bathroom on 29 meters. The task, in our opinion, is quite topical, butbecause it is no less difficult. However, on the hands of designers played the apartment itself, located in a building of the XIX century, in Wroclaw. What advantages can there be? Their two: aesthetic - on the ceiling were stucco moldings, and functional - high ceilings allowed the architects to literally put the bedroom on the bathroom. In general, everything looks like this: at the entrance the person gets into the long corridor-hallway, where the doors to the bathroom are located to the left, and on the right behind the curtain there is a capacious storage system combining the function of the staircase leading up to the bedroom. The corridor leads into a compact living room, where the work area also fits. From the living room is combined a small kitchenette, on which, however, there is everything necessary for cooking and eating. 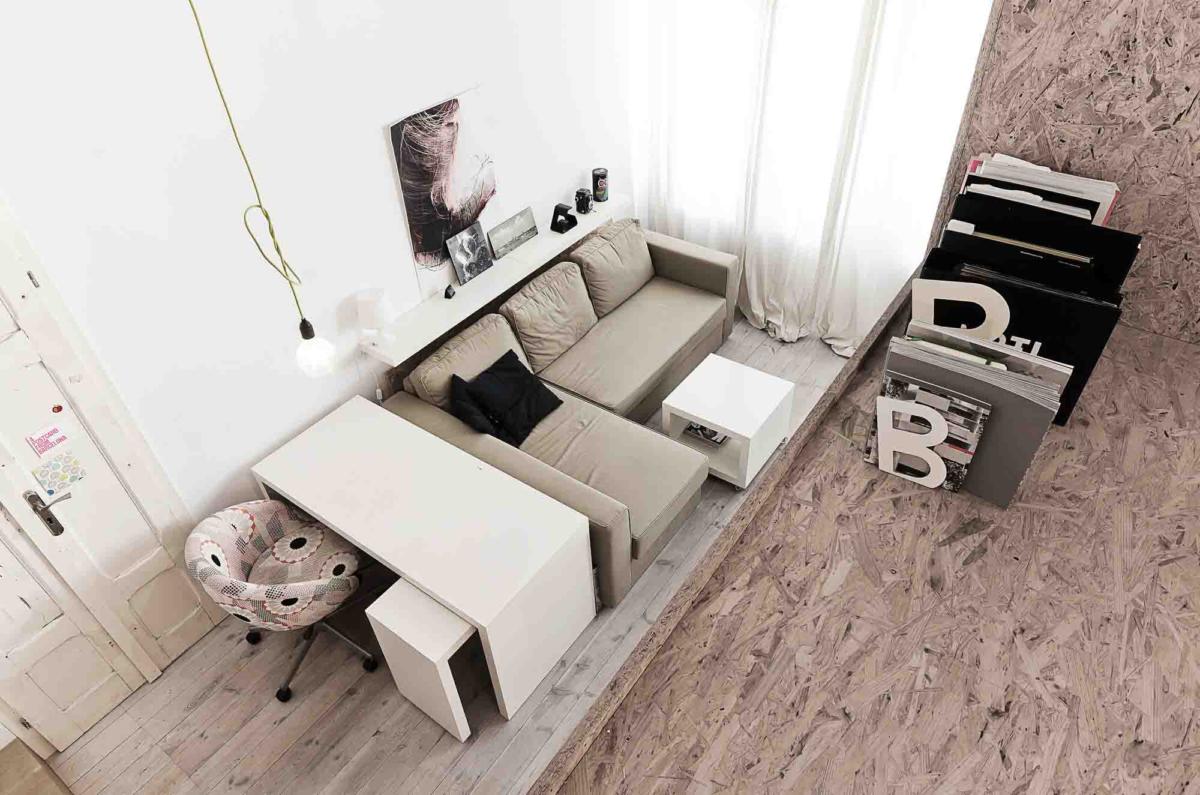