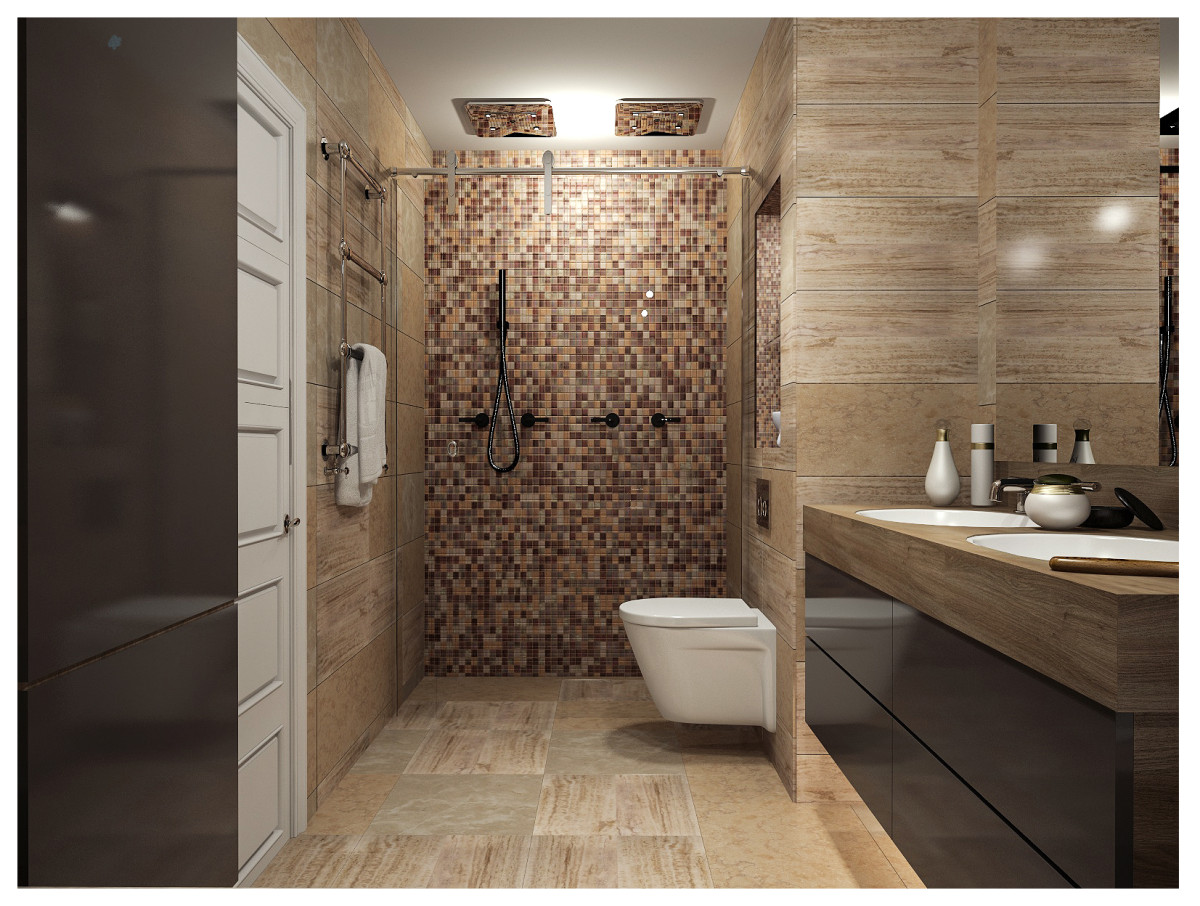 Have you ever seen an apartment that connectsin itself there are three interior directions at once? No? Then today you have to observe an amazing phenomenon: an interior made in three different styles! It should be said that the project was ordered by a middle-aged couple with two children. Their main wish was to create a cozy, comfortable interior, and at the same time make it bright and dynamic. In addition, the owners did not want to make the entire apartment in the same style. The result was a fusion-style interior that harmoniously absorbed modern minimalism, and Art Deco elements, etc. Alexander Krivov Alexander Krivov until 2009 worked in large companies in the field of construction and real estate, while doing design. In 2009, he received an education in interior design at the London KLC School of Design, after which he created his own studio Golden Silk Interiors. Works in different styles both in Russia and abroad. Creating each of his projects, he strives for the interior to be not only beautiful, but also utilitarian and extremely comfortable for life. goldensilk.ru 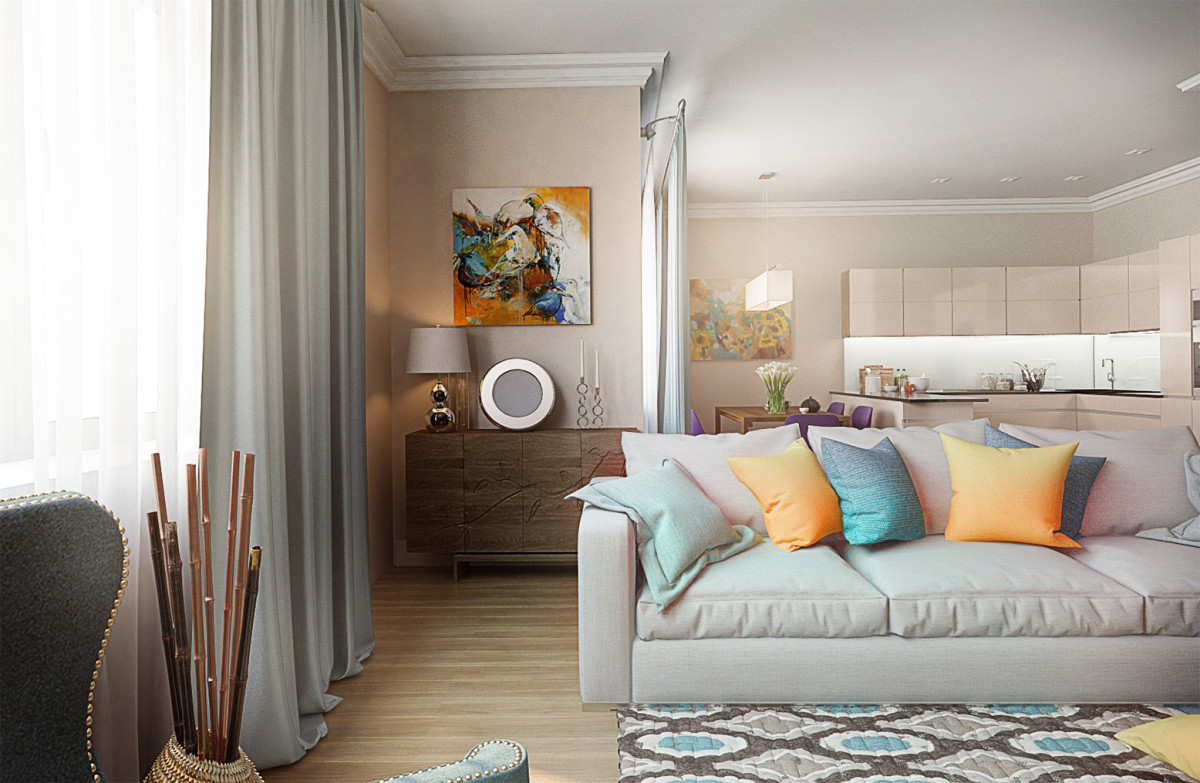 The apartment was redeveloped, as a resultwhich combined a kitchen and a living room, a separate laundry room and a bathroom were significantly increased. At the request of customers, the bathroom now has a double shower and two washbasins. 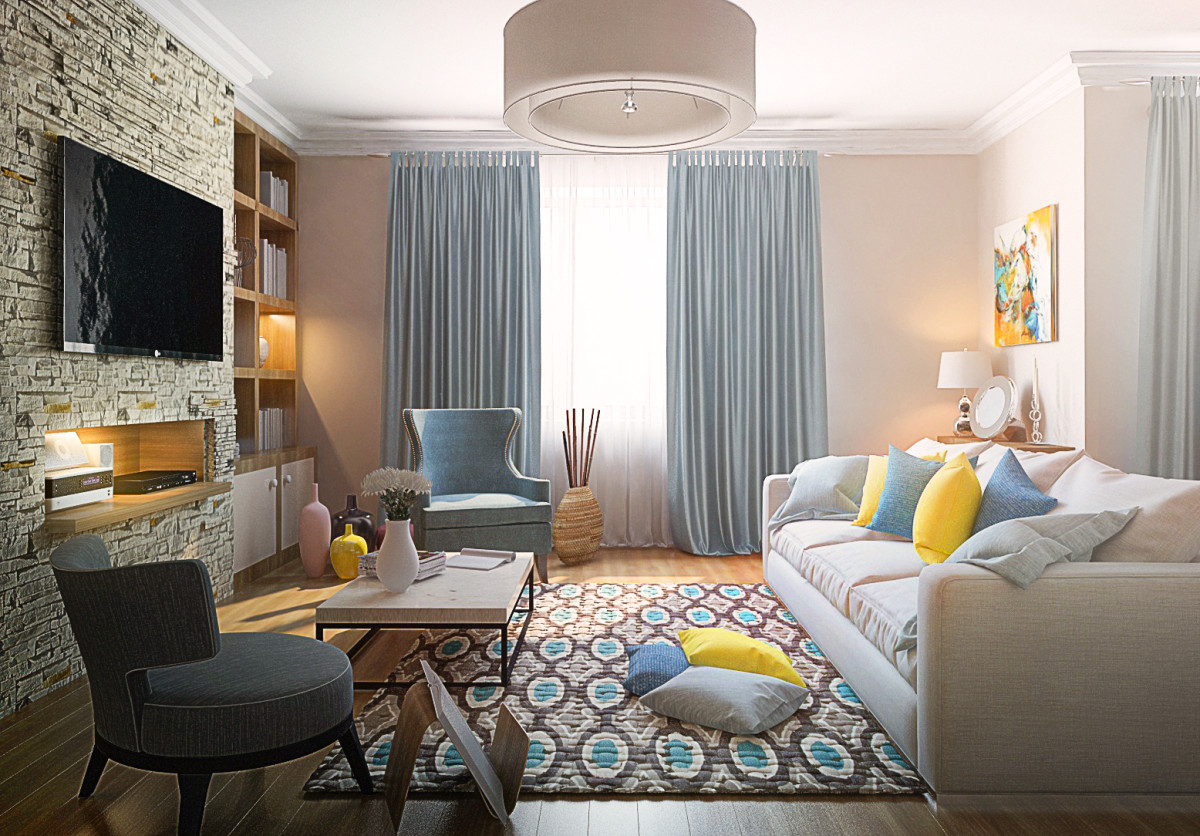 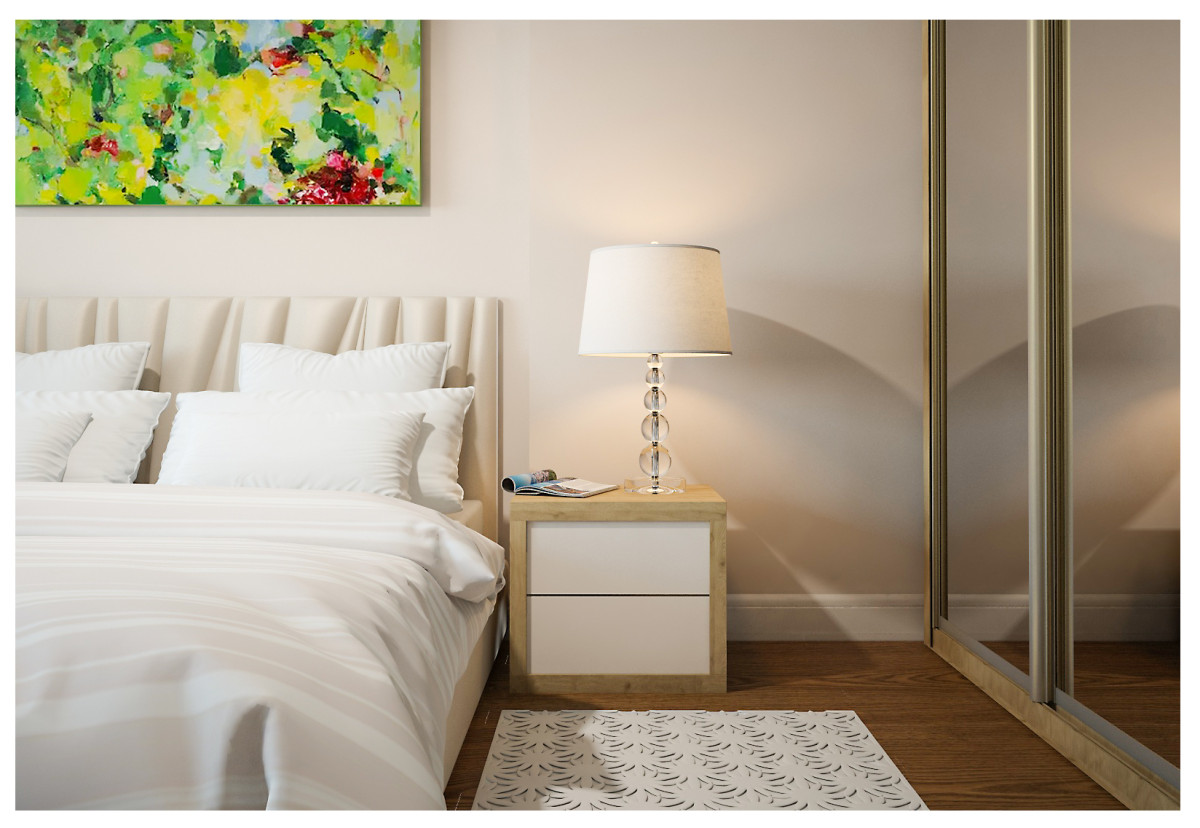 for the younger child is sustained in a calm, relaxing gray-turquoise color. 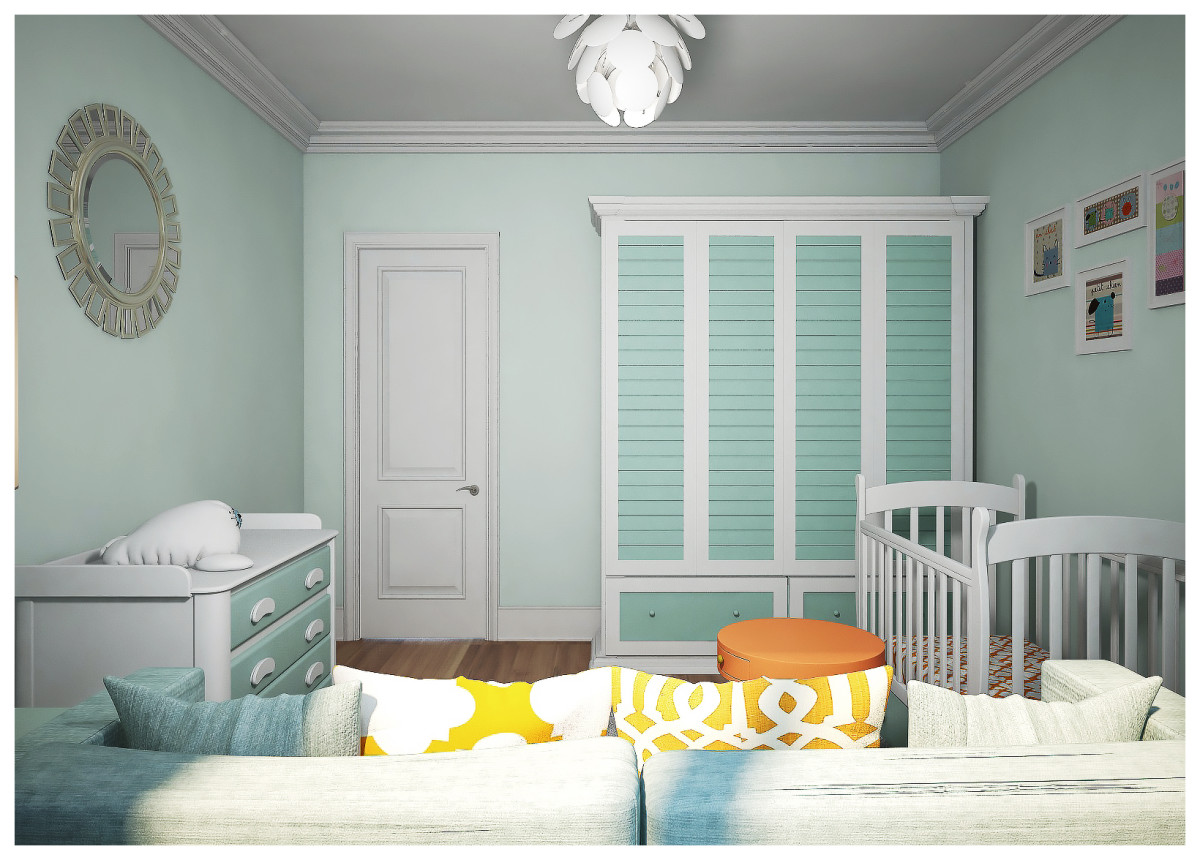 The second child, for the eldest girl, is executed in bright and dynamic tones. 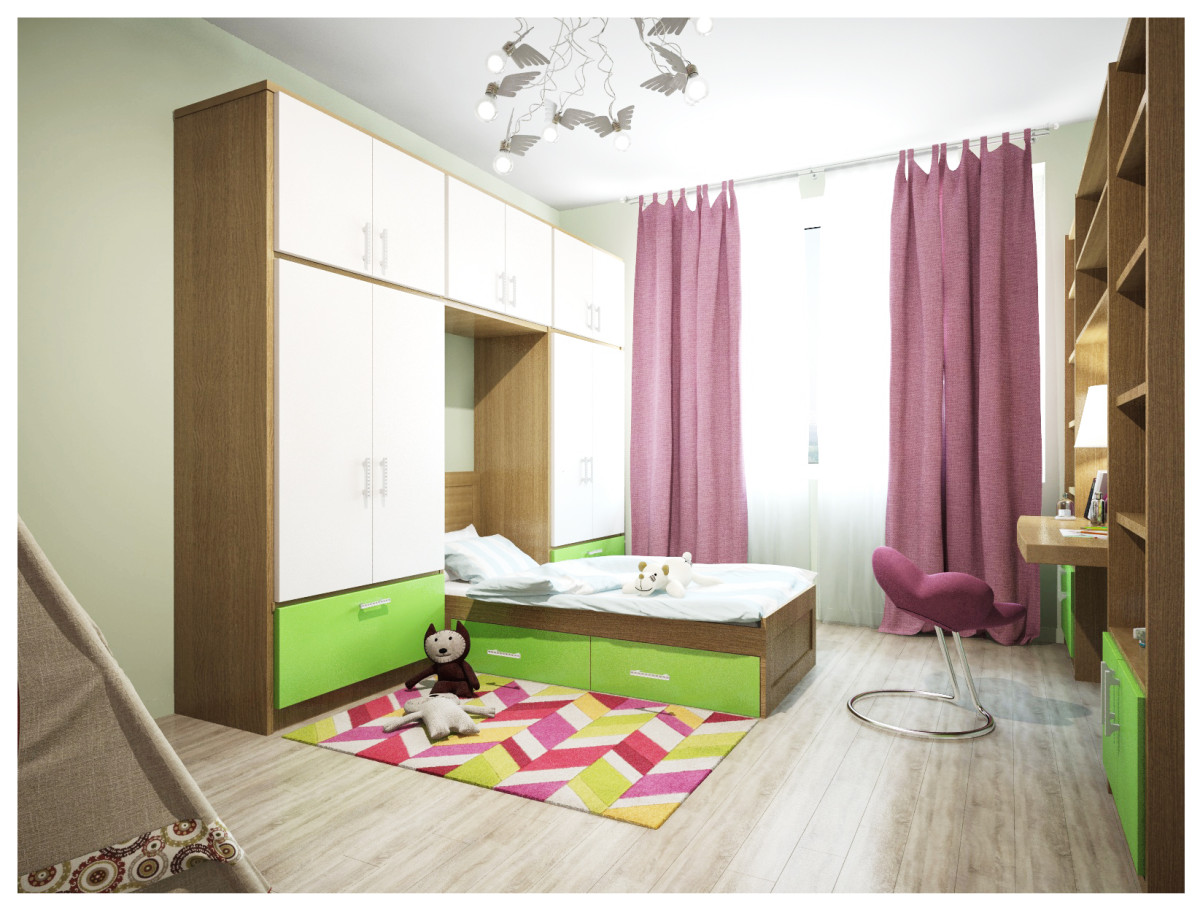 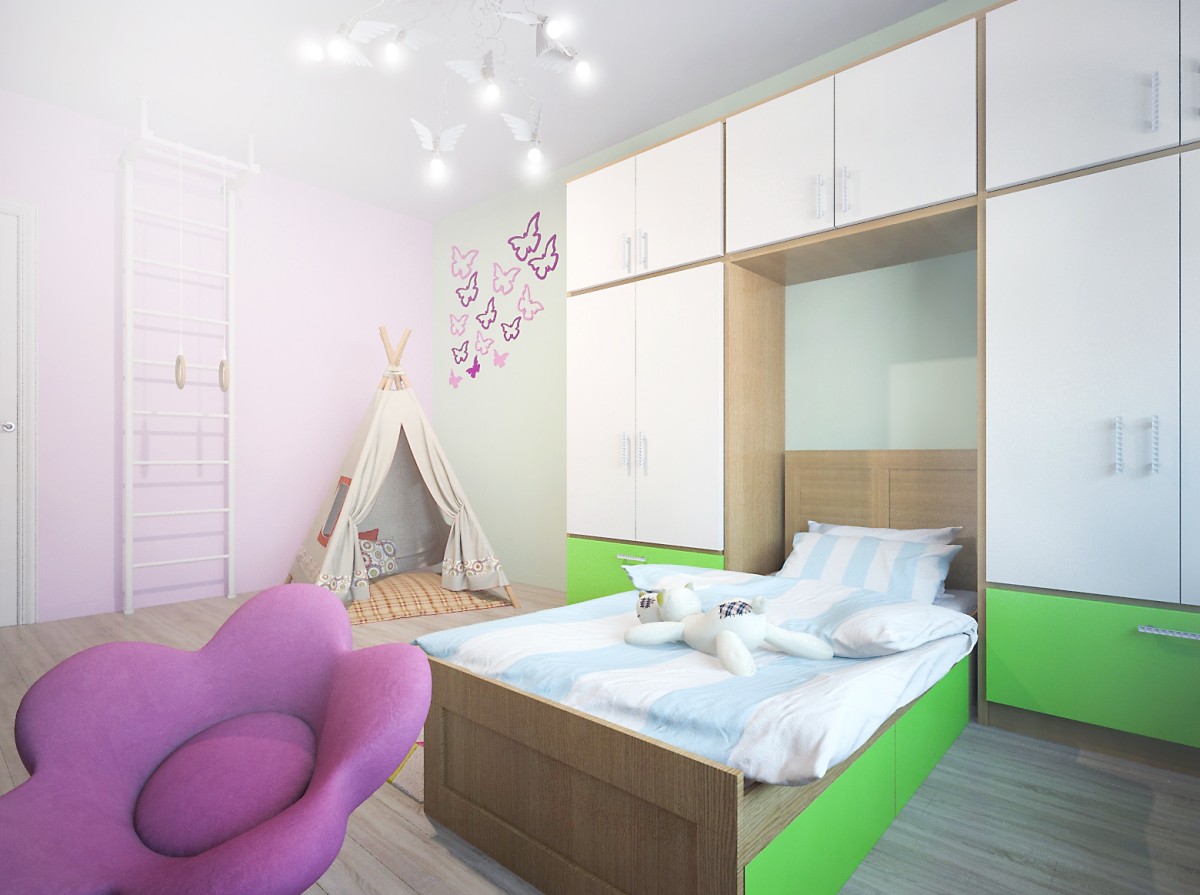 Doors and framing of the apertures are made to order, the height of the doors is 230 cm. 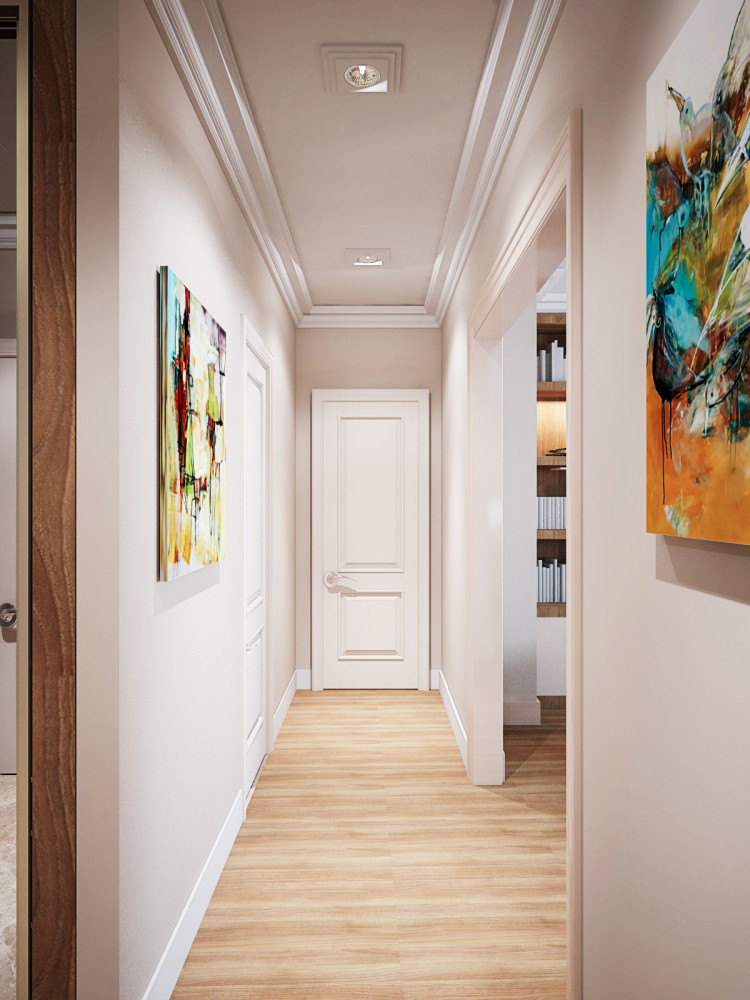 Kitchen-Leicht. Chairs in the kitchen - Poliform. 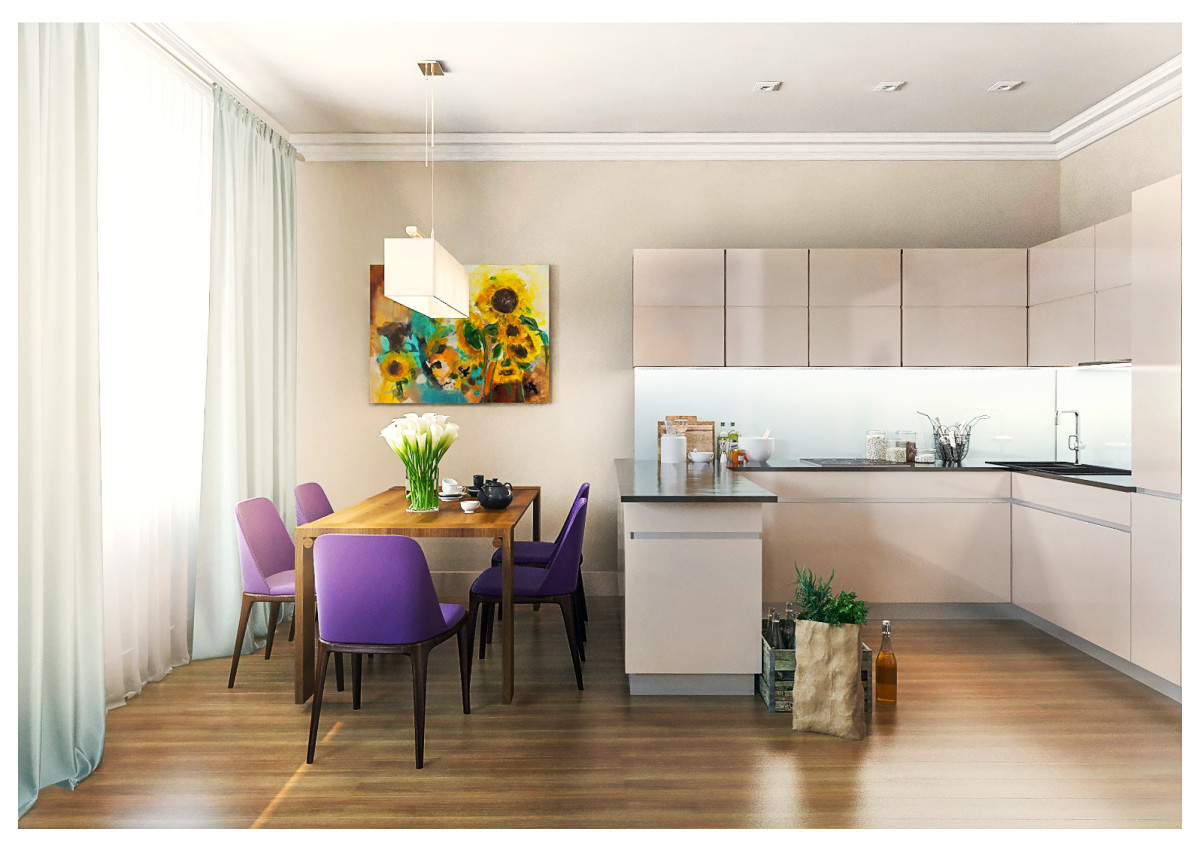 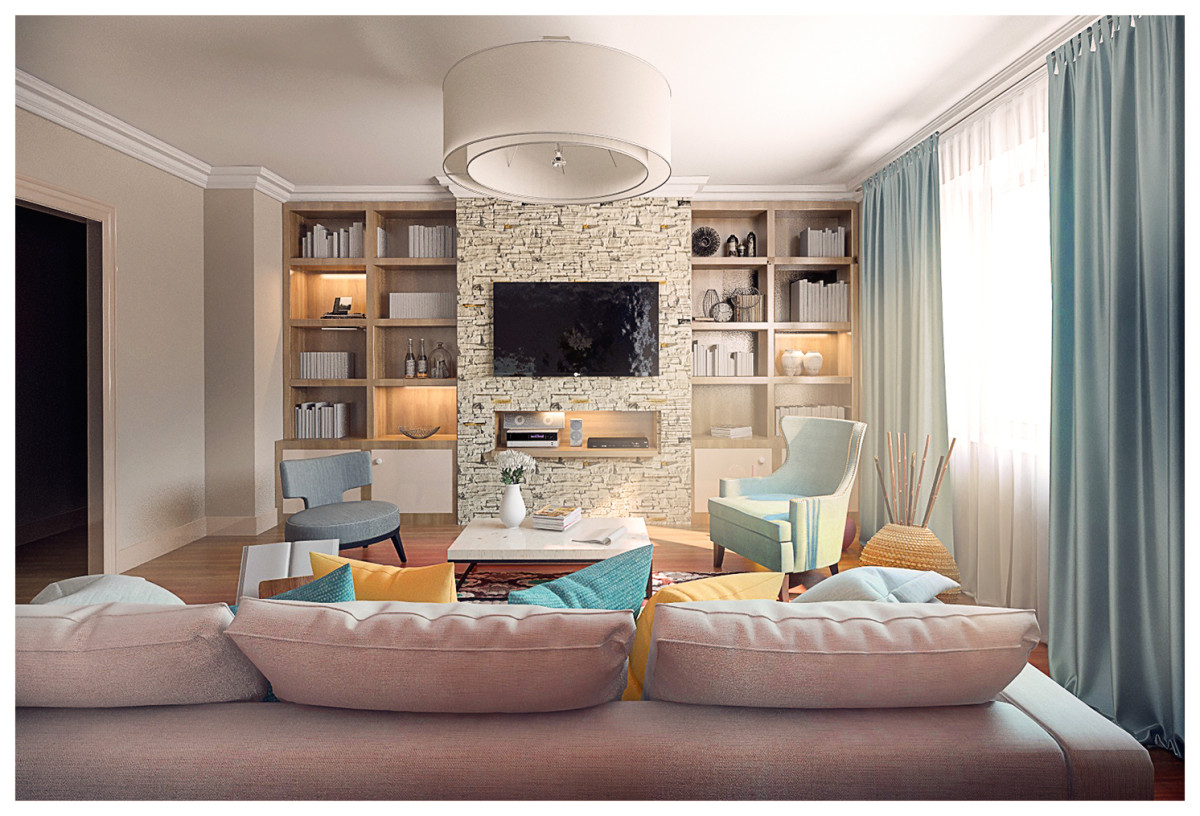 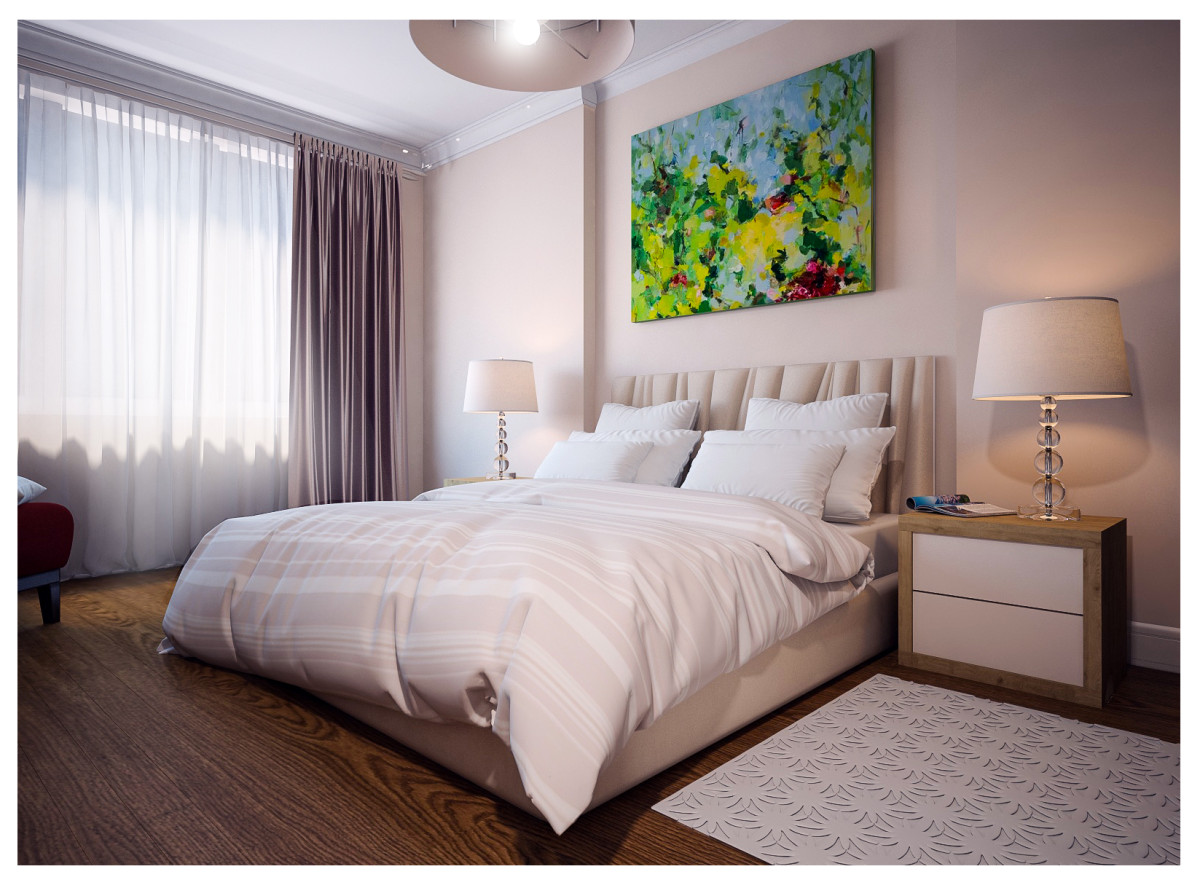