Strange layout, neon lights,An orange staircase and not a single wardrobe. Strange sounds? In fact, it is very beautiful, functional and, without a doubt, a spectacular bedroom of very modern people. Every year the younger generation is yearning for ever stronger emotions. We move to Gothic cellars and attics with beveled ceilings. We are looking for ourselves in ascetic studios and extremely difficult spaces with a huge number of angles and a psychedelic palette. Our heroes of today are not far from this new trend. White-orange bedroom (yes, it's exactlyBedroom) of a young couple from Budapest can hardly be called standard, especially given the fact that apart from this space in the apartment there are several more rooms. However, this is exactly what the owners of the "home in the house" wanted - personal space, where you can comfortably stay not only at night, but all day long. And as it often happens, the couple wanted "something special". In this case, by "special" was meant loft style in the modern minimalist version. 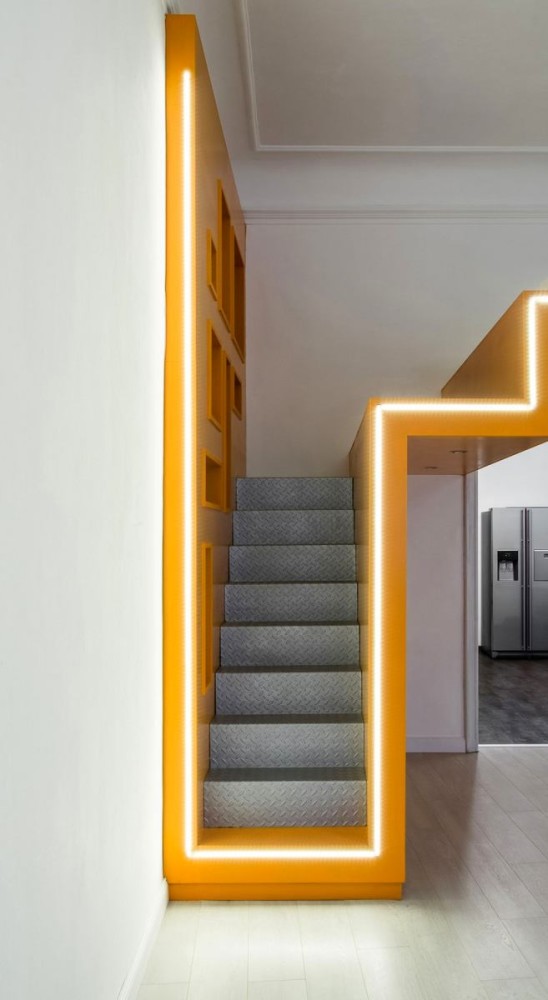 Customers turned out to be quite active people,So as the center of the composition it was decided not to take the bed as the center of rest and relaxation, but the zone of communication - the living room, which can easily be transformed into a working space. 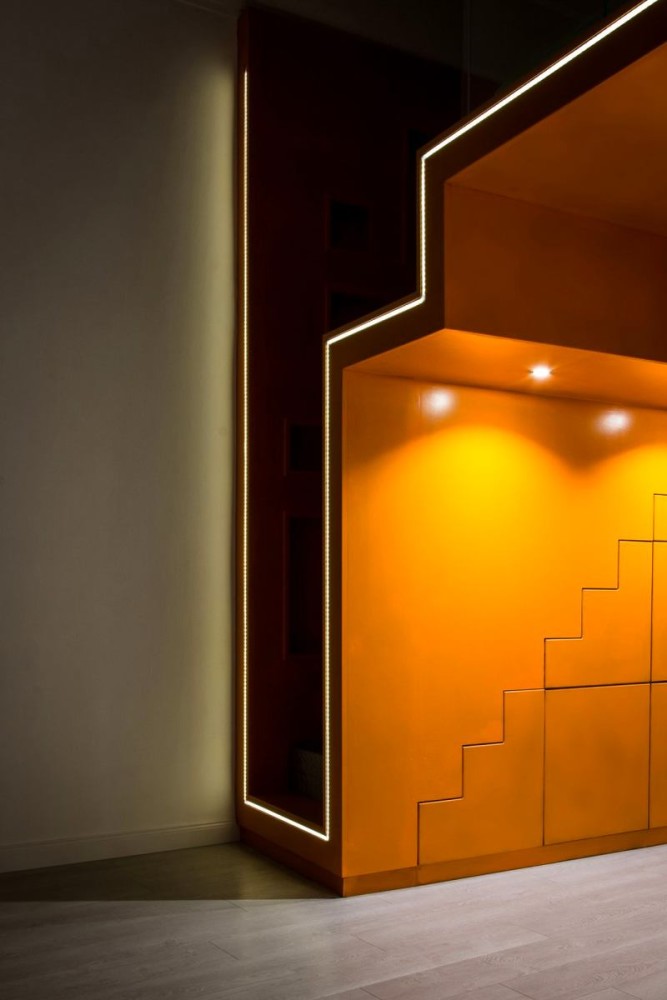 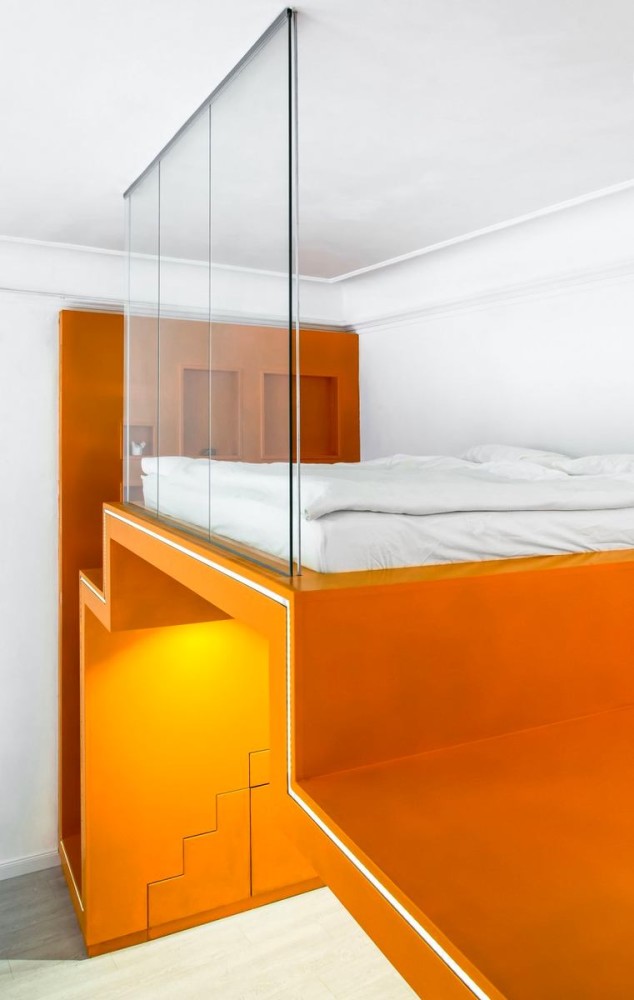 Although this is only a functional center of composition,The semantic focus here entirely belongs to the ladder. Obviously, this is not just a design, but the most that neither is a sculptural object possessing all the qualities of the subject of contemporary art. Look at the clarity, harmony and monolithic forms, the active orange tint and the dynamic element - neon illumination. In addition to the impressive visual effect, the staircase also has a huge functional advantage - it hides a rather extensive storage system. 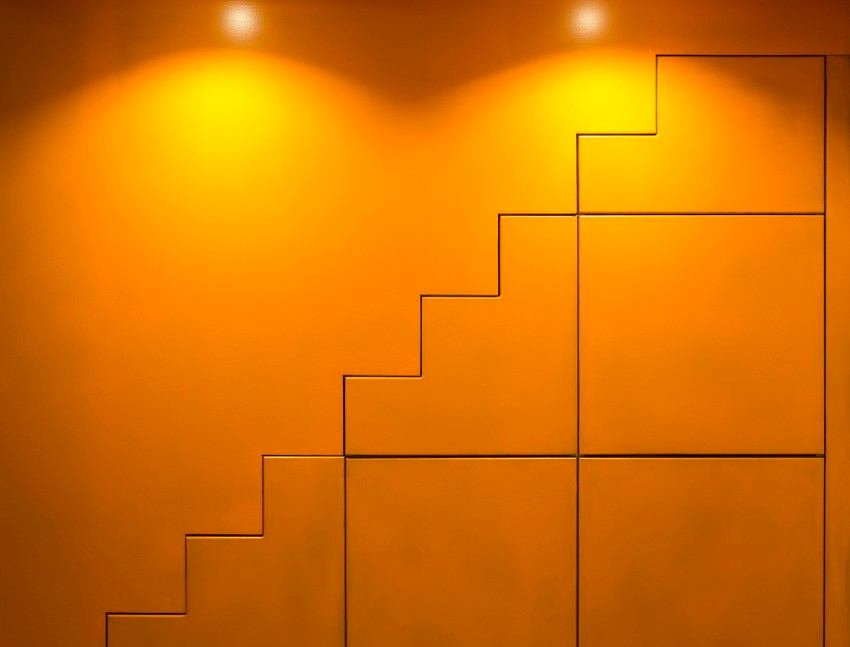 Well, the actual sleeping area is hidden on the veryThe top point of the interior - above the door. This was also an urgent requirement of customers, a dream in the XXI century - just a time-consuming annoying appendage of life. Probably, that is why the bedrooms in modern interiors are given less and less attention and space. Owners of this apartment was just enough beds. 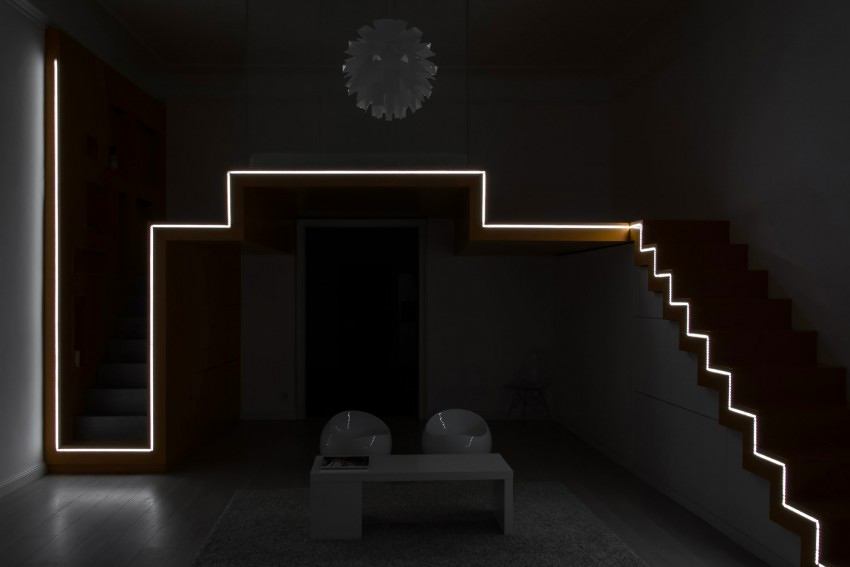 The Provence-style bedroom: 20 beautiful interiors with a French character

How to make a bed head: ideas and designer tips

Country house of the future, in which everyone can live