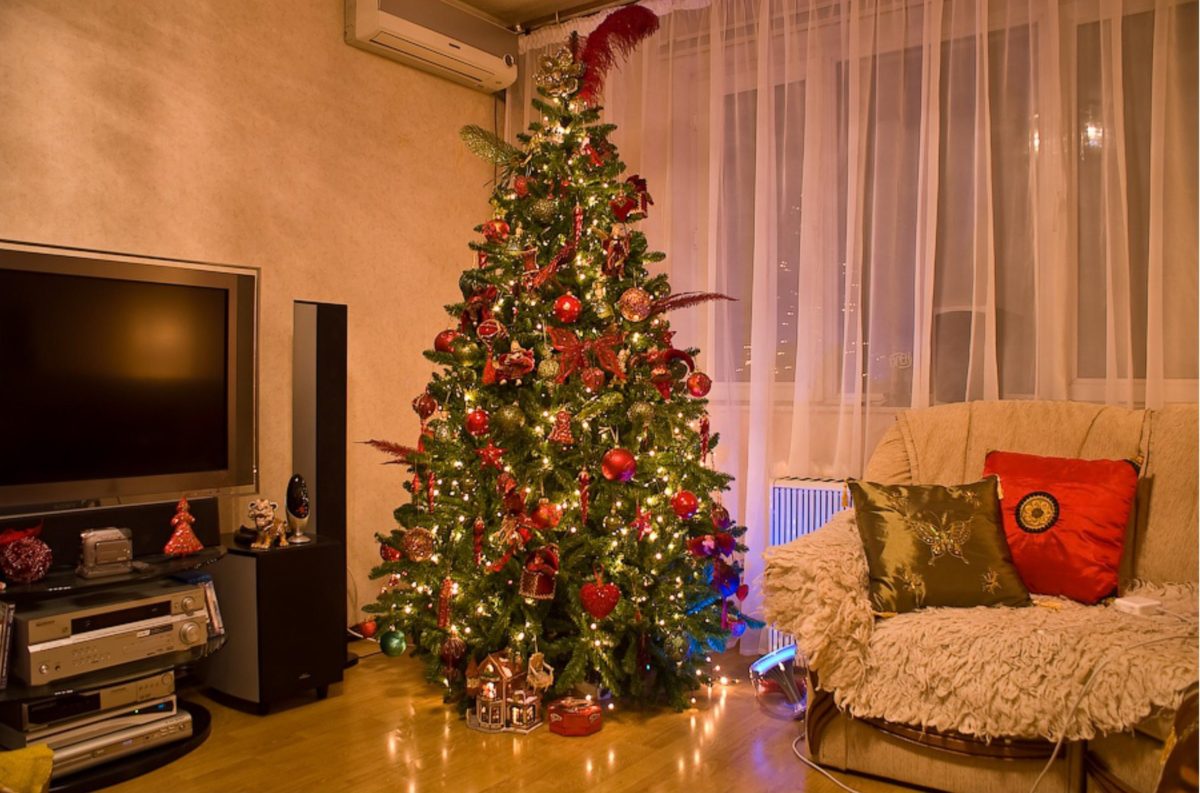 Today we will show you an amazing Kazan"Kopeck piece", in which thanks to the painstaking work of the decorator and bold design techniques, Art Deco and optical illusions were combined, and numerous decor objects formed into a single harmonious picture. The owners of the apartment, people with taste and a lot of interesting ideas, started, as often happens, independently And with enthusiasm. In the process of work it turned out that out of all the selected things to fold the mosaic does not work, and at this stage, customers decided to turn to the services of a professional. To unite the various colors, textures and forms into a single ensemble and to make the interior of the apartment more functional, the decorator Diana Mukhtarova took. Diana Mukhtarova, decorator Head of the studio "Decorator's workshop". In the profession since 2007, in 2012 she studied at the POLI design in Milan to design, design and design innovative leisure facilities. He is engaged in decorating interiors, creating relief panels from decorative plaster, gilding and aging. Since 2011 - Member of the Guild of Designers, Architects, Decorators. Www.md-kazan.ru One of the most interesting wishes of the owners was the request to fulfill their unusual idea: to create on the wall an imitation of divorces, which can usually be seen on the tapes of natural silk. As Diana admits, her similar task surprised and pleased at the same time - it became possible to test knowledge in practice.

The main work began with the definition of styleAnd the color scheme of all rooms. Fortunately, with respect to the concept and palette, the tastes of the decorator and customers coincided. The plan did not change: it was the owners of the apartment, so they decided to leave it as it is. 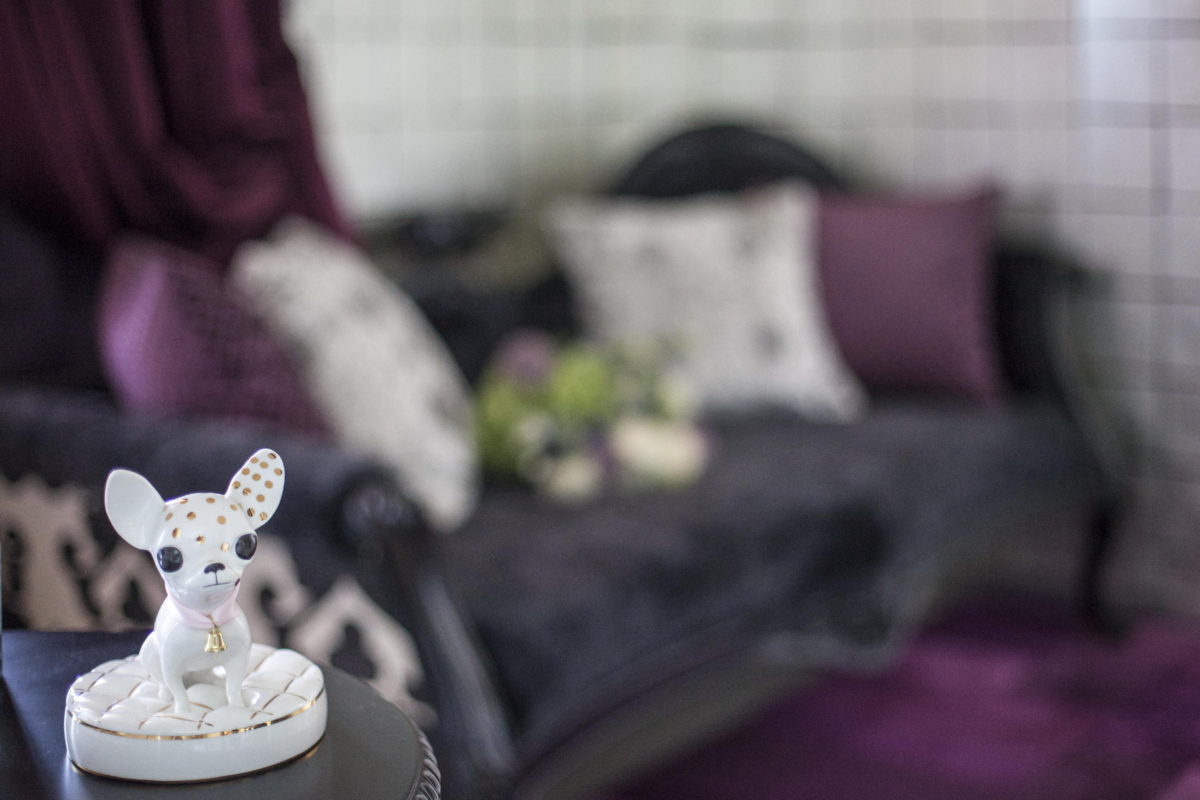 The customers already had interior items andAccessories, which needed to be repelled at work, as they were bought with great adventures and therefore are especially dear to the heart. For example, in the hallway, the interior was built around a panel and a black KARE sofa. 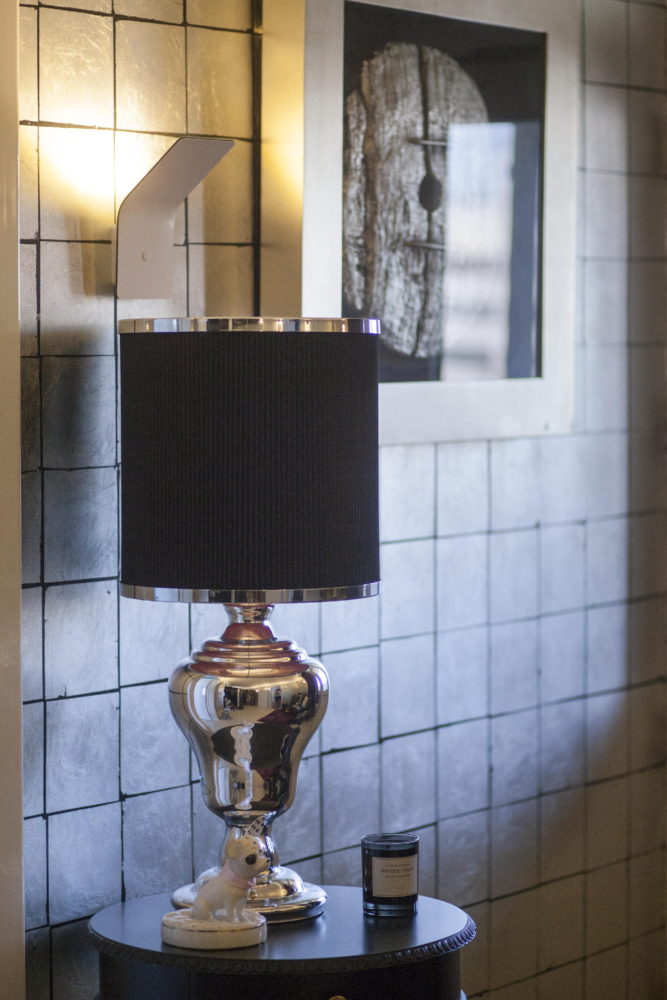 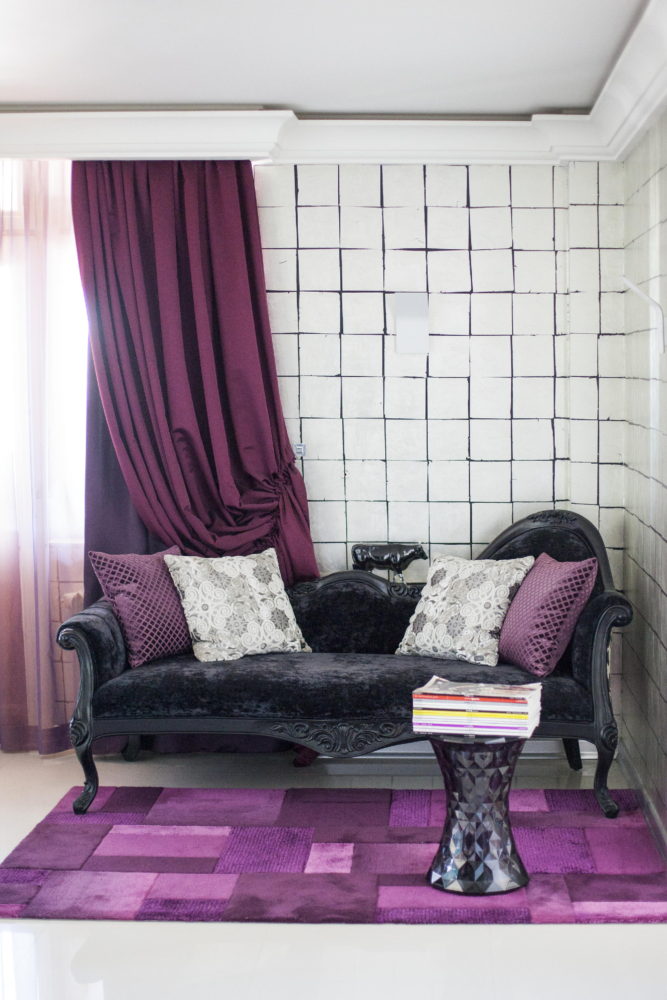 It is these items that largely determinedStylistics of the room: it was decided to decorate it in the Art Deco style. For the decoration of the walls, Diana chose the technique of silvering with sheets of potali (imitation of silver leaf) on a black background. It turned out an interesting and unusual imitation of the tile, which also plays very effectively depending on the lighting. 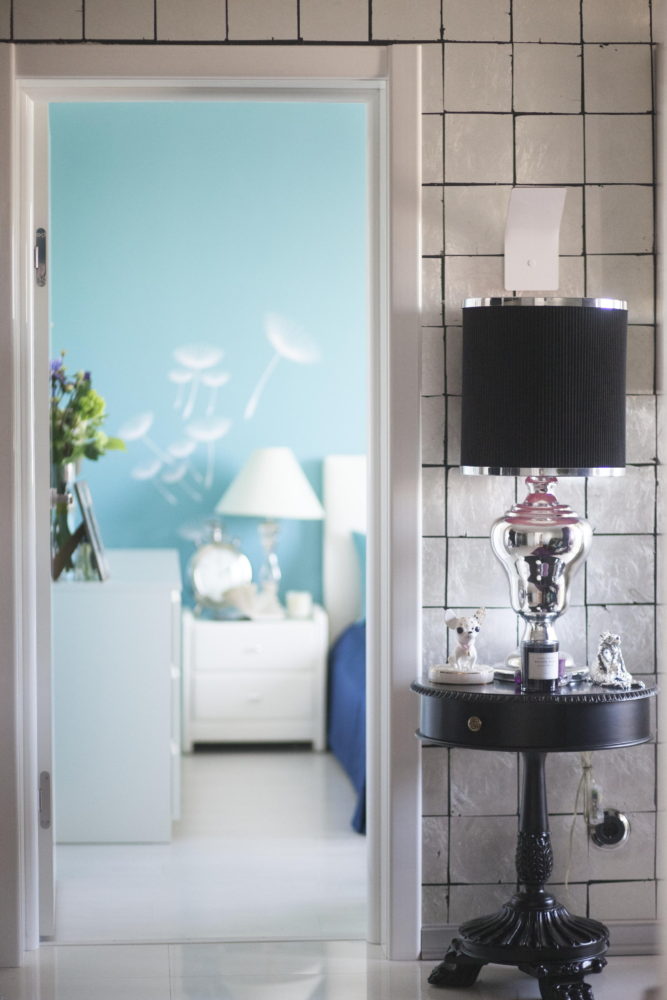 As for the color solution, it is typical forArt deco duo - black color and silver - the decorator was diluted in shades and purple. Textures also turned out diverse: here we see matte and shiny, which, by the way, are perfectly combined with each other. Velvet cushions and look as if selected from the same collection, although they were selected almost at random. 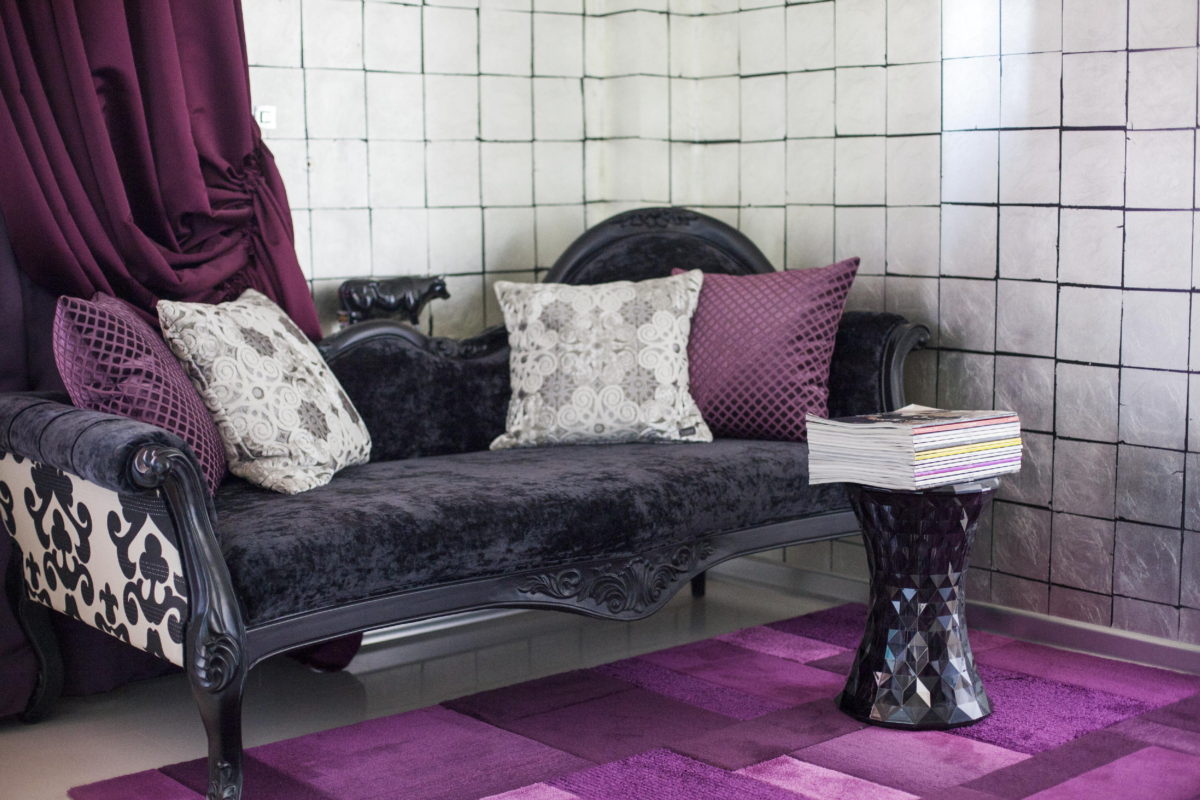 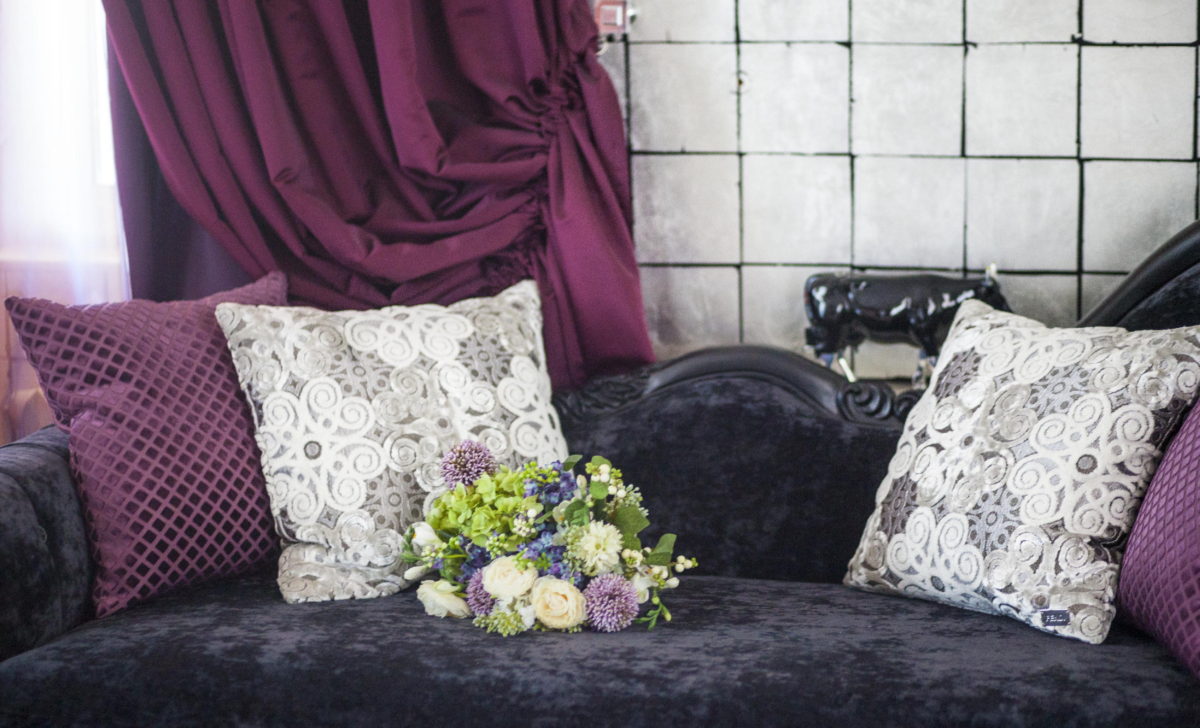 The most interesting in terms of work on the decor wasliving room. At the beginning of the work, customers have already bought the wall of the Italian factory Besana with glossy geometric facades, and the entire interior had to be built around it. Together with the customers, it was decided to decorate the living room in the style of op-art, which is characterized by optical illusions, geometric patterns and open colors. 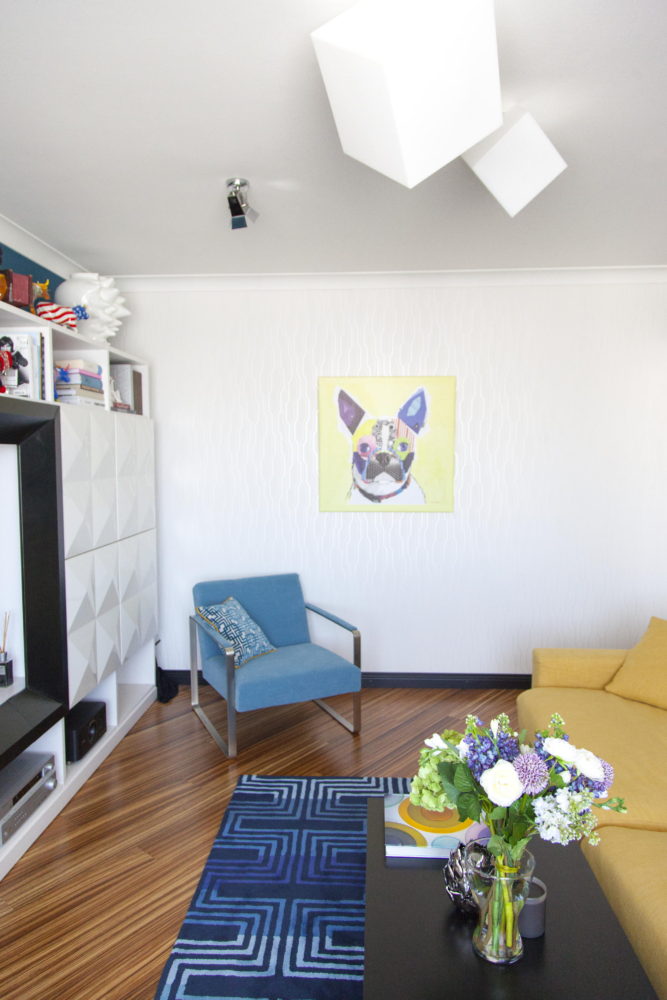 The decorator made an accent on the floor, although thisThe decision was not easy: the parquet from a massive zebrano board, laid along the diagonal, looked pretty defiant. Nevertheless, he significantly changed the geometry of space, and this was exactly what is needed for the living room. The link in the living room environment,Combining the "active" floor, geometric carpet, Italian wall and bright textiles, steel indigo wallpaper. After they appeared on the walls of the room, all doubts about this interior disappeared. 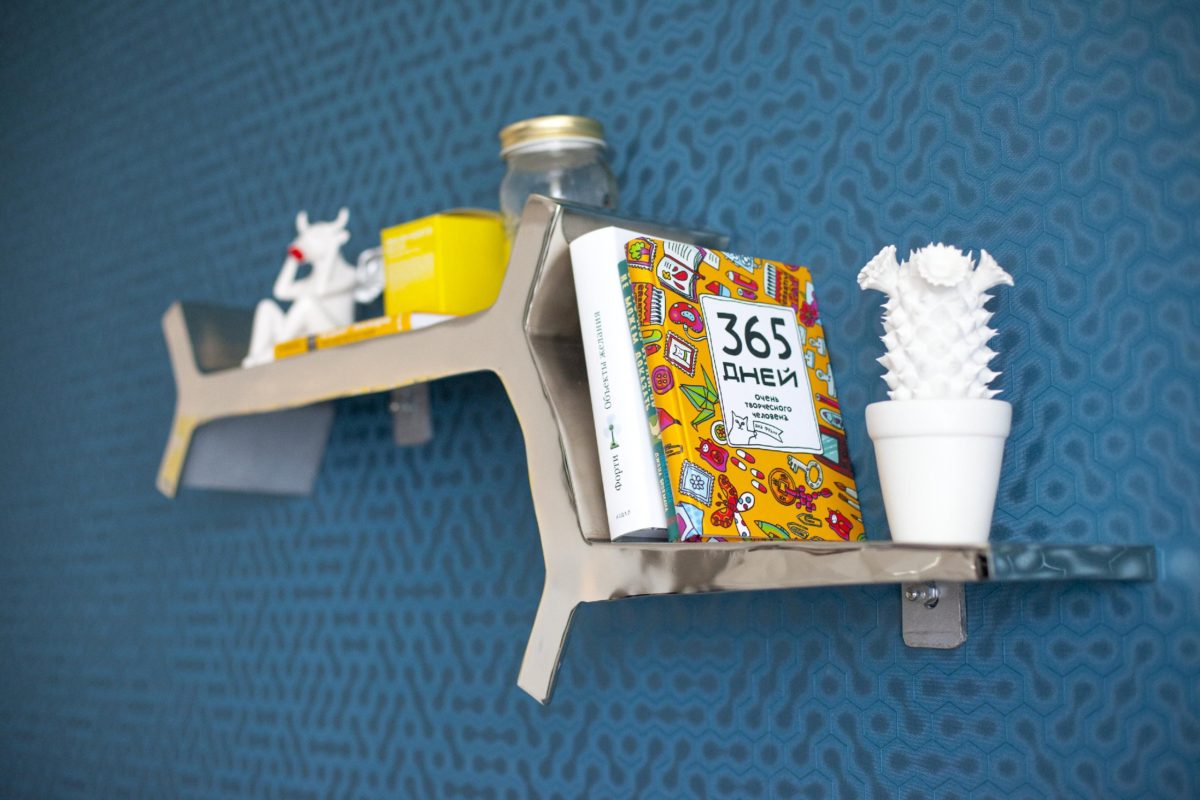 The process of searching for decor was not without adventures: So, for example, an expressive picture with a dog abstractionist Michelle Keck perfectly fit into the interior, but it did not fit at all. However, Diana managed to contact the artist through social networks, and she agreed to fit the image to the desired size. 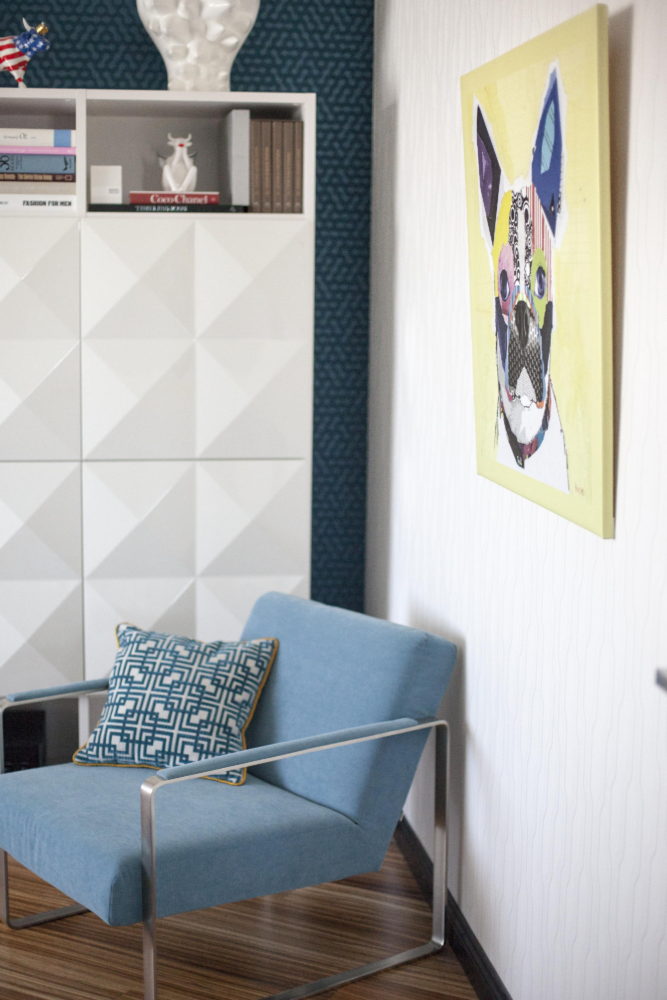 Another problem zone in the living room wasThe ceiling, or more precisely, its height - only 2.6 m. It was almost impossible to find the fixtures: some did not fit, others visually lowered it even lower. As a result, the position was saved by the light-emitting diode cubes and a small metal soffit located asymmetrically. Balances the composition with a blue easy-shaped chair. 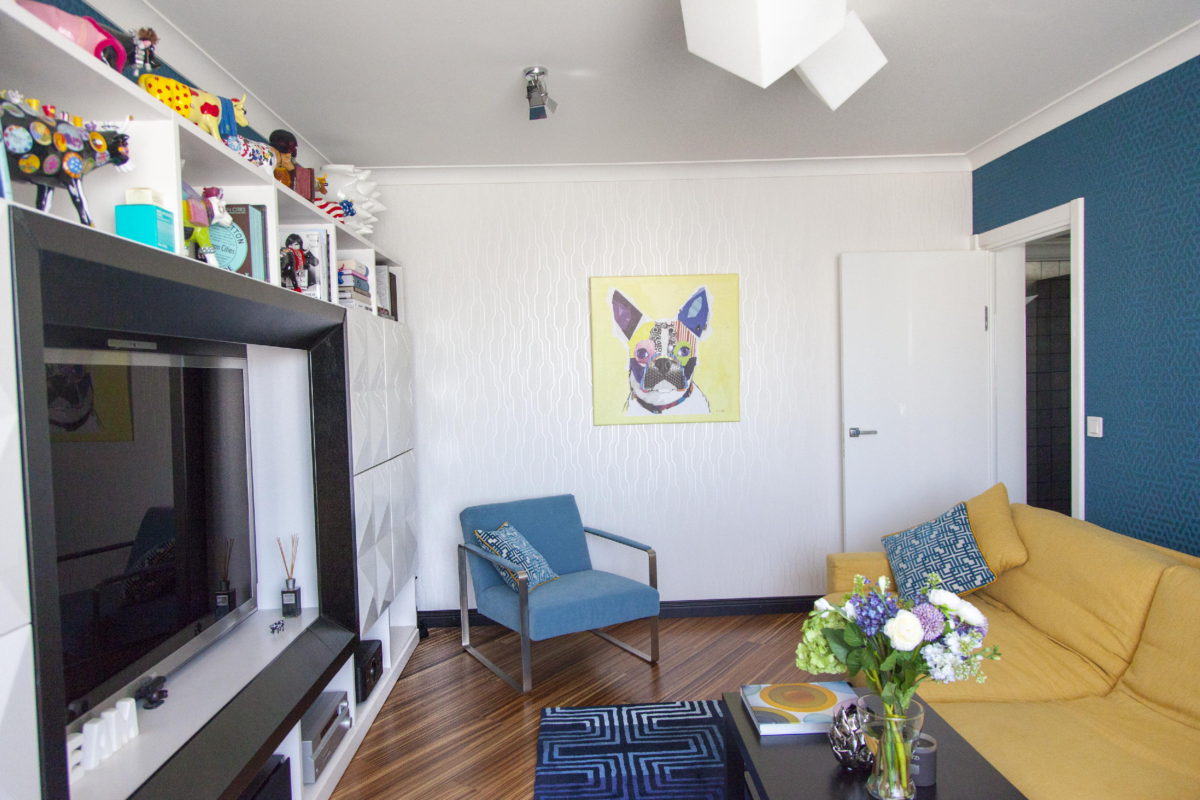 As a result, in a small area the living room wasTo distinguish two independent functional zones: for rest and small for work. In the work area, there was also a well-thought-out decor: a small metal table, lined with a thin metal, resembled a bizarrely bent sheet of paper. It would seem, a trifle, but it is on such little things that the whole interior of this apartment is built. 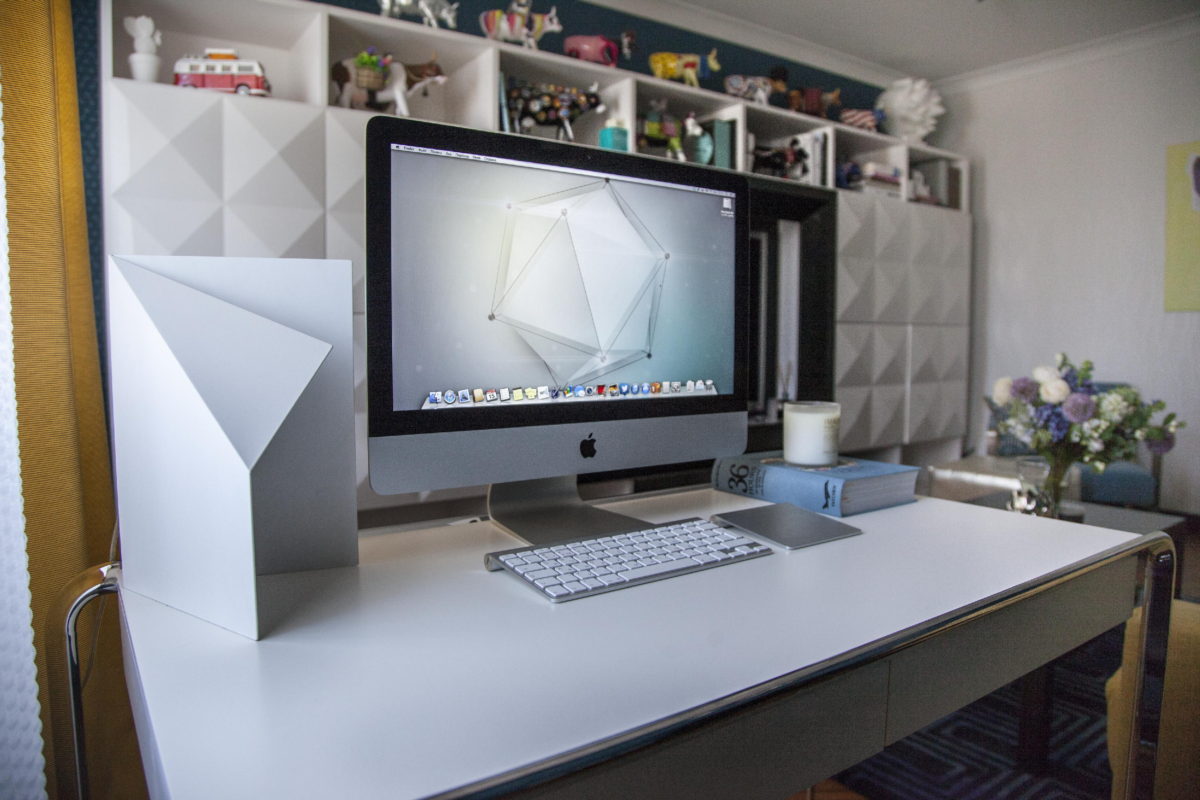 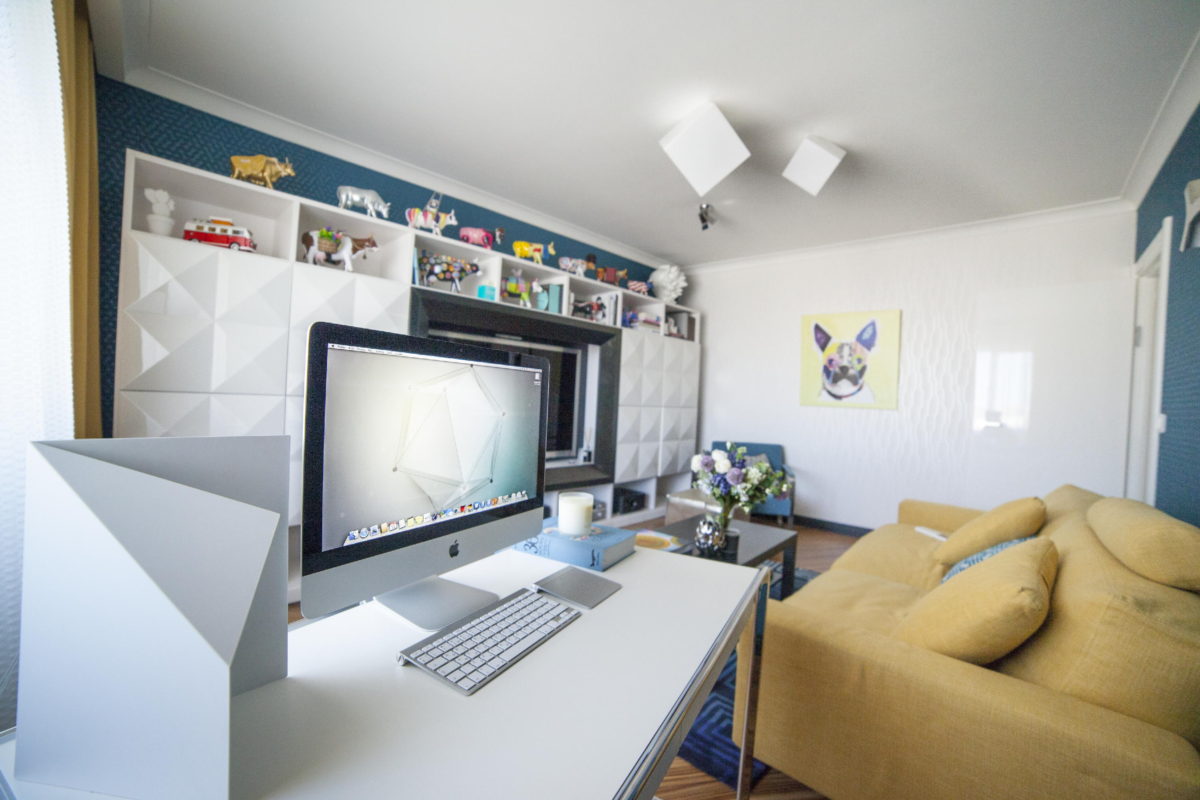 In the bedroom, the owners did not want to change much: They mainly needed help in selecting textiles and stylish decor items. First of all, Diana liked the luscious azure color of the walls, refreshing and visually increasing the small room. Support this color scheme decided shades of blue and patterns. So in the bedroom appeared underwear of the appropriate color and an accent blue blanket with Tiffany's embroidery from Aldeco. 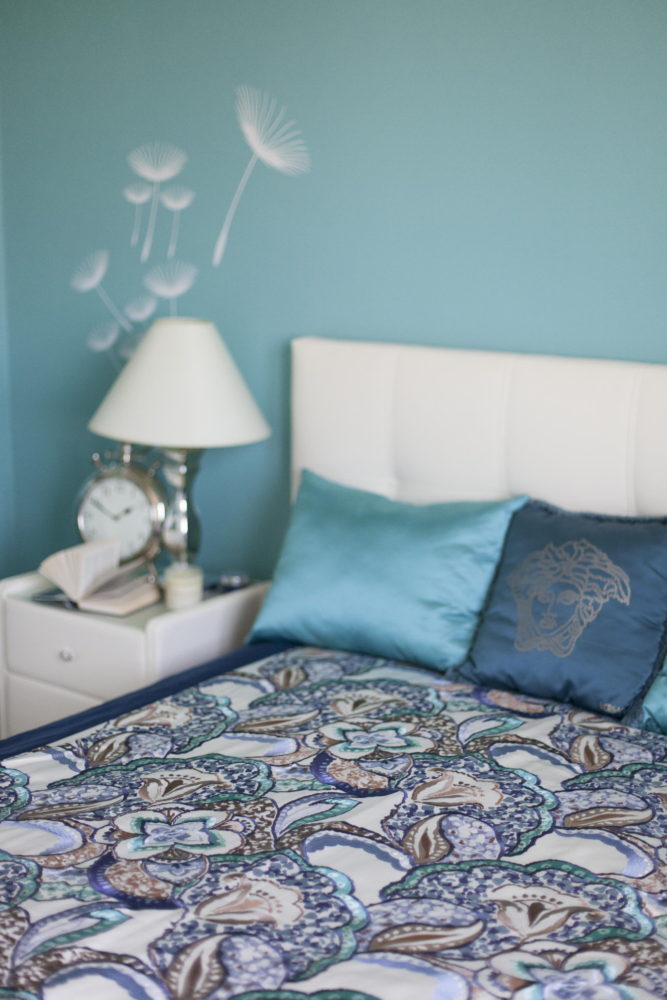 Also in the interior was added a white stencil on the wall and a few nice little things as a decoration. 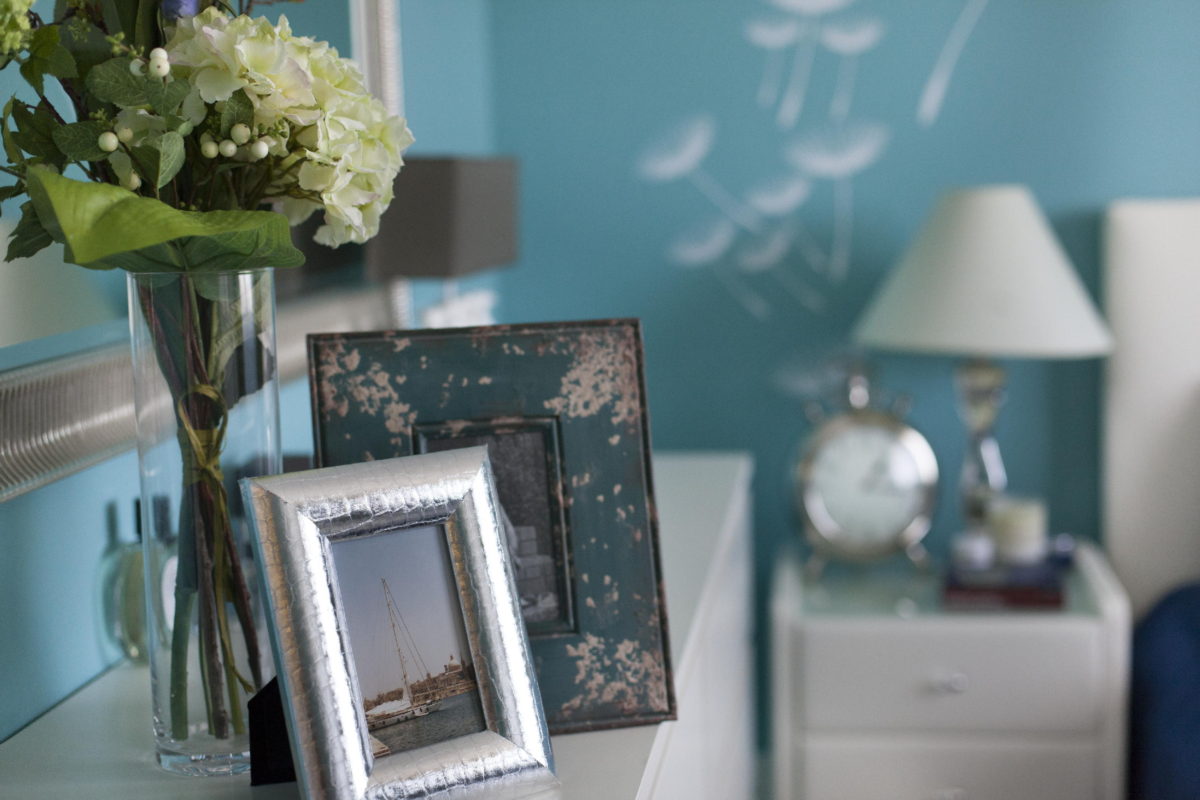 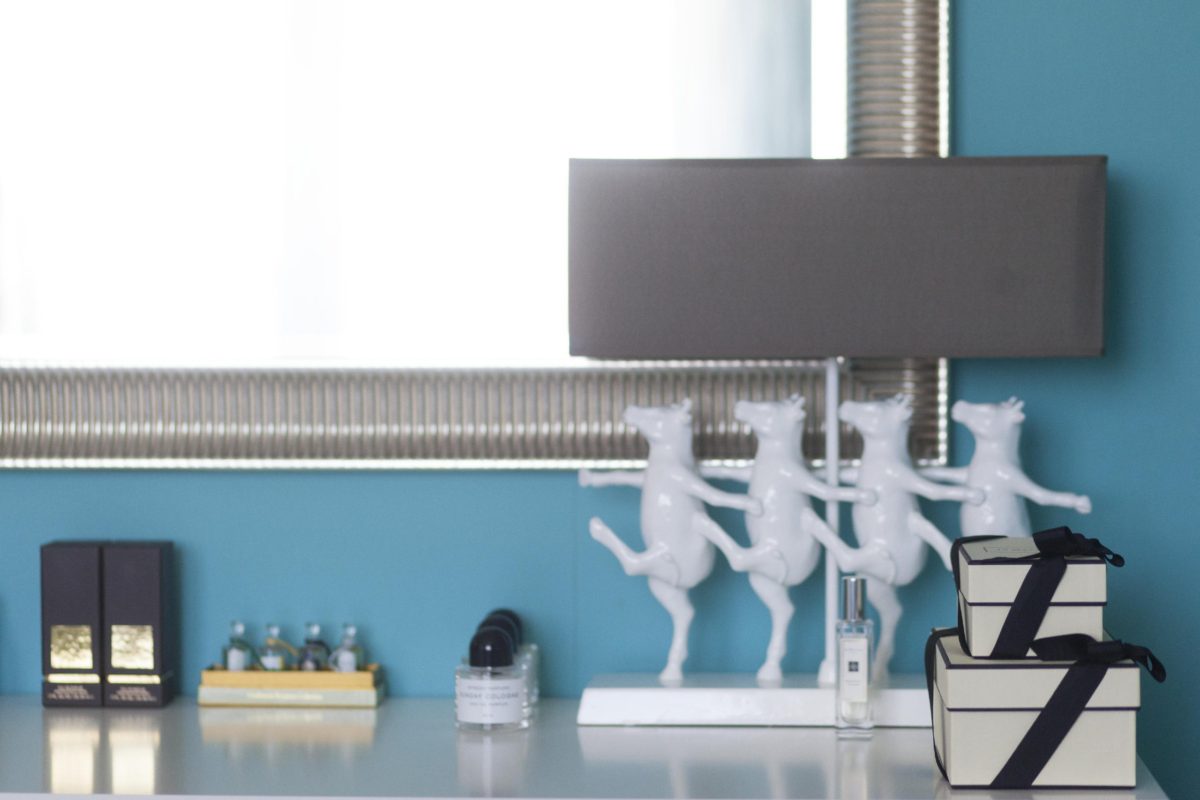 Kitchen - the smallest room in the house (total2.5 meters wide), and therefore she needed special attention. To visually make the room more spacious, it required a real miracle, and Diana managed to find a solution. 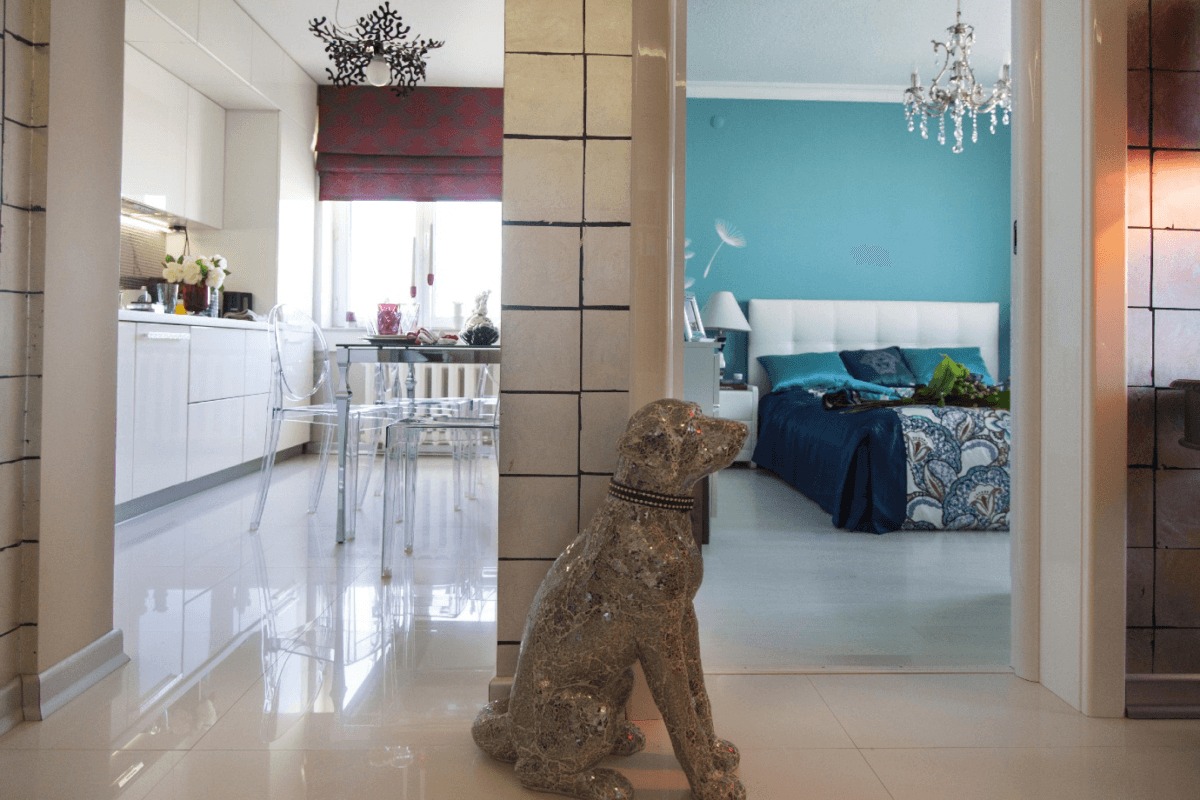 The bet was made on a white glossy set,Inscribed in the wall. It almost completely merges with the wall of ivory and despite its considerable size does not look bulky. Chairs made of transparent acrylic are completely invisible. They give a feeling of air around the black glass table of the Italian factory Bontempi, which is small only in appearance - in the unfolded state it becomes 2.1 m in length. 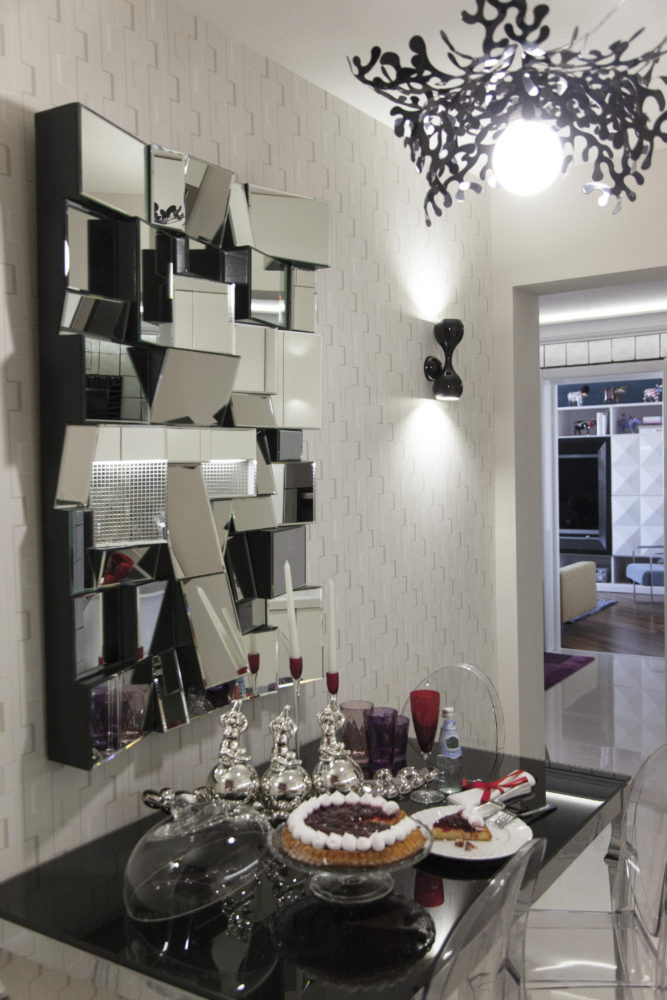 Opposite the kitchen set there was an unusualA mirror bought in England. It consists of many small mirrors, located in different planes, which gives the effect of refraction of space. The thing is bright and quite accentuated, but that's exactly what she thought. White kitchen, white floor and light walls in contrast with the mirror and the table seem to dissolve, due to which there is air and a sense of spaciousness. Silver table legs are combined with a mirror and echo with a metal mosaic on the apron. 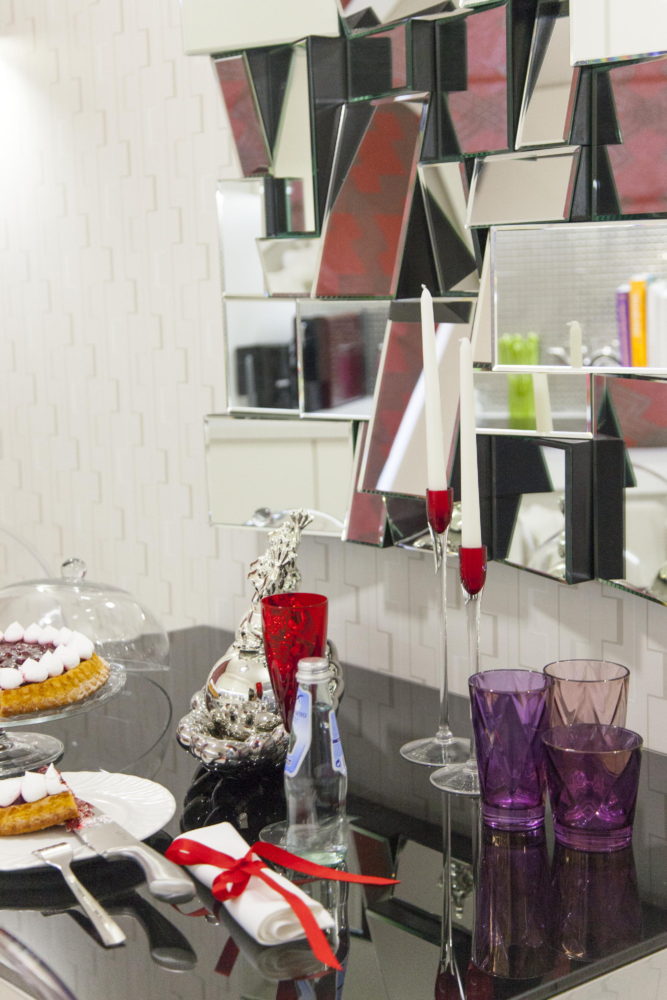 Diana Mukhtarova, decorator: - I am a decorator, so I like to "dig into small things": to find interesting combinations of textures and decor items, and also to select everything in the interior, up to a set of knives (these are also my find). And this is how the apartment looked before repairs: 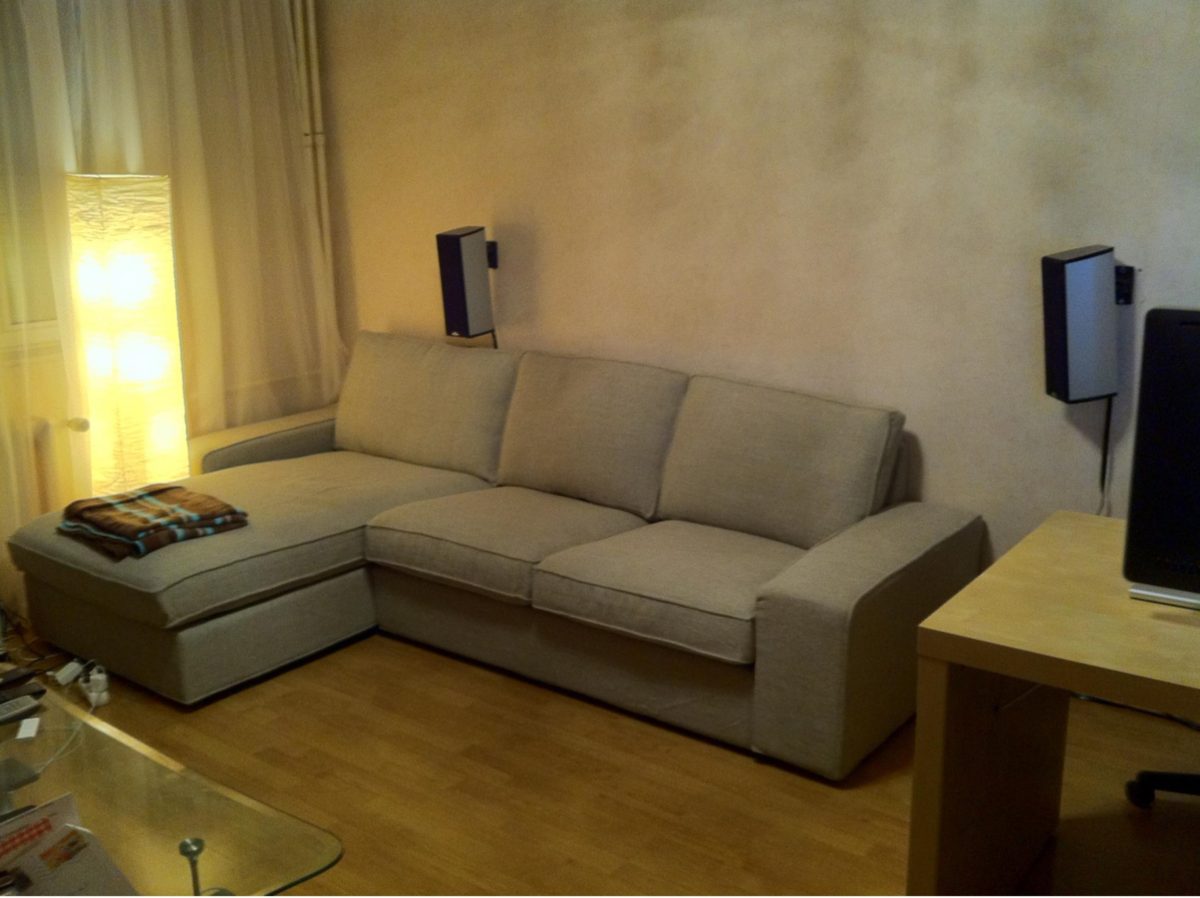 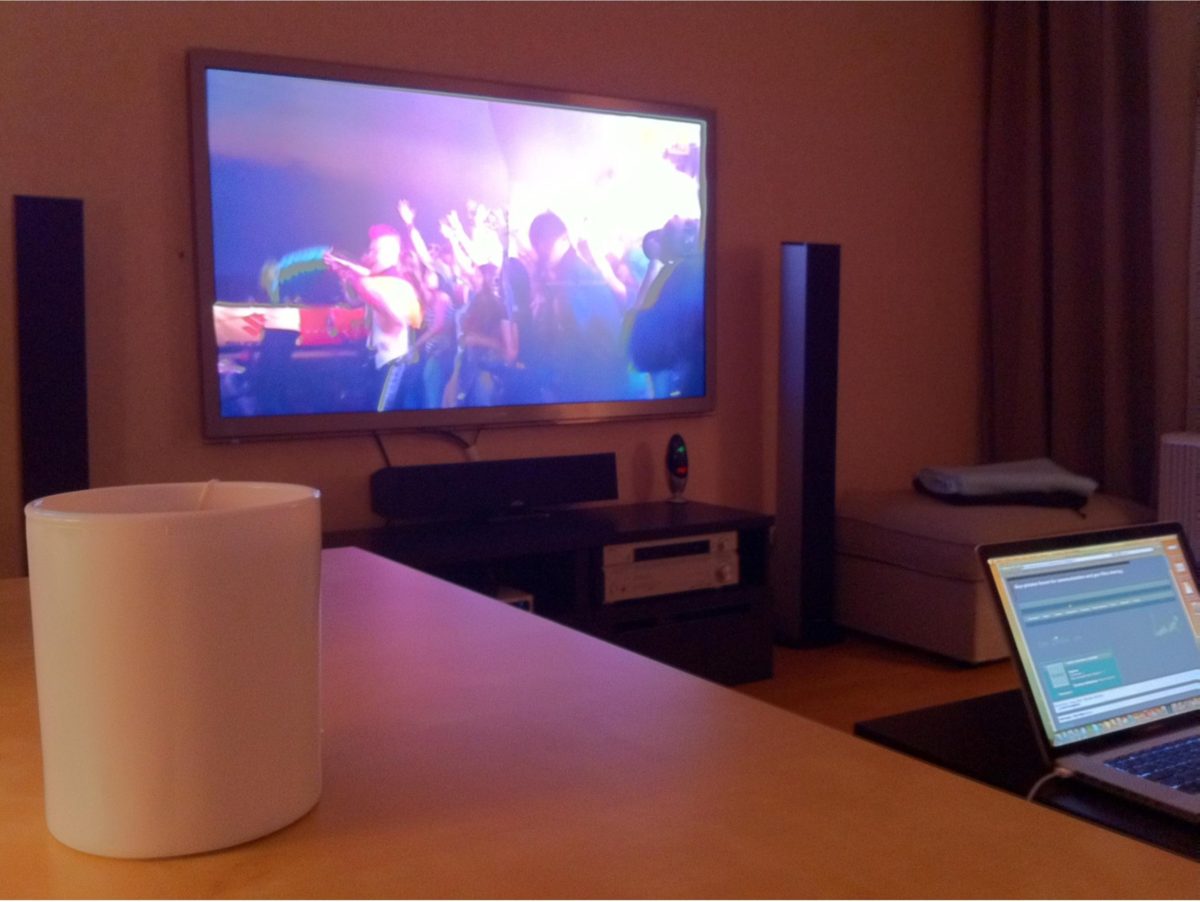 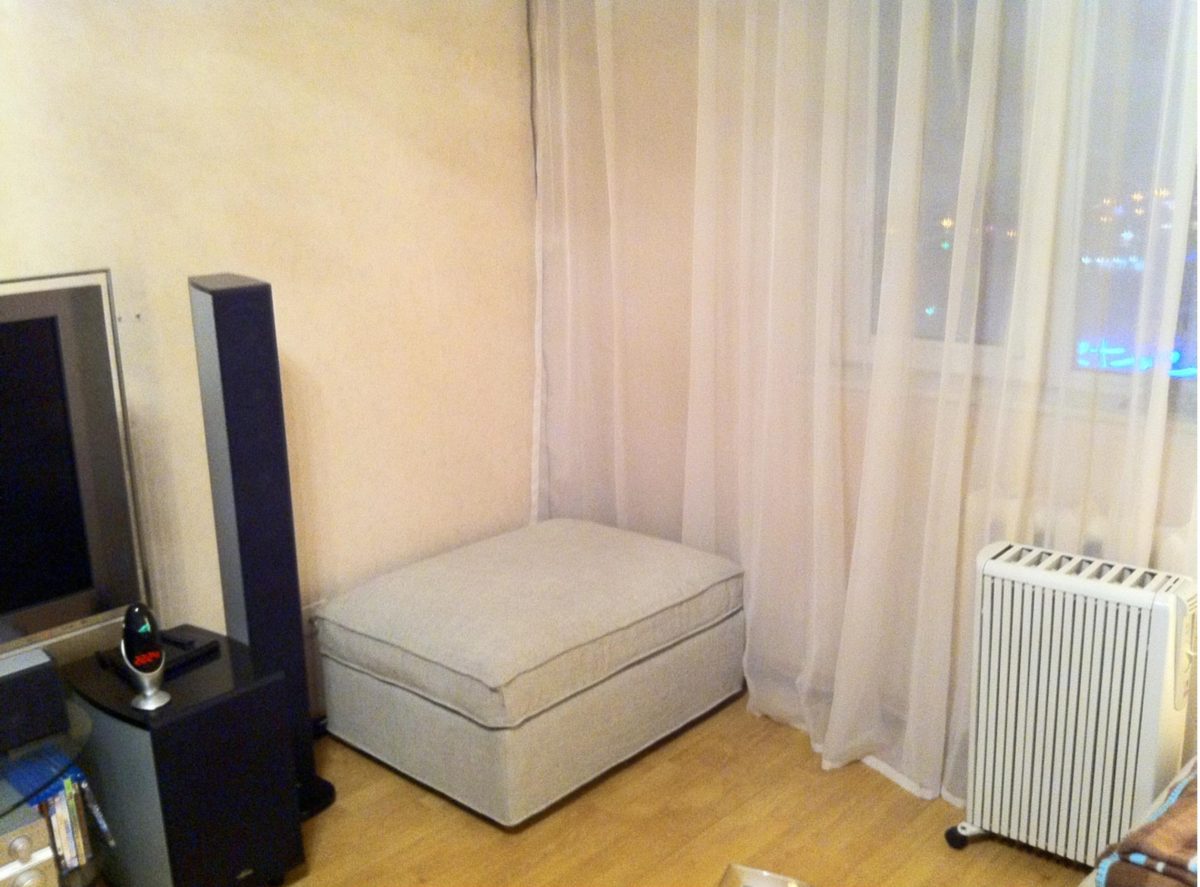 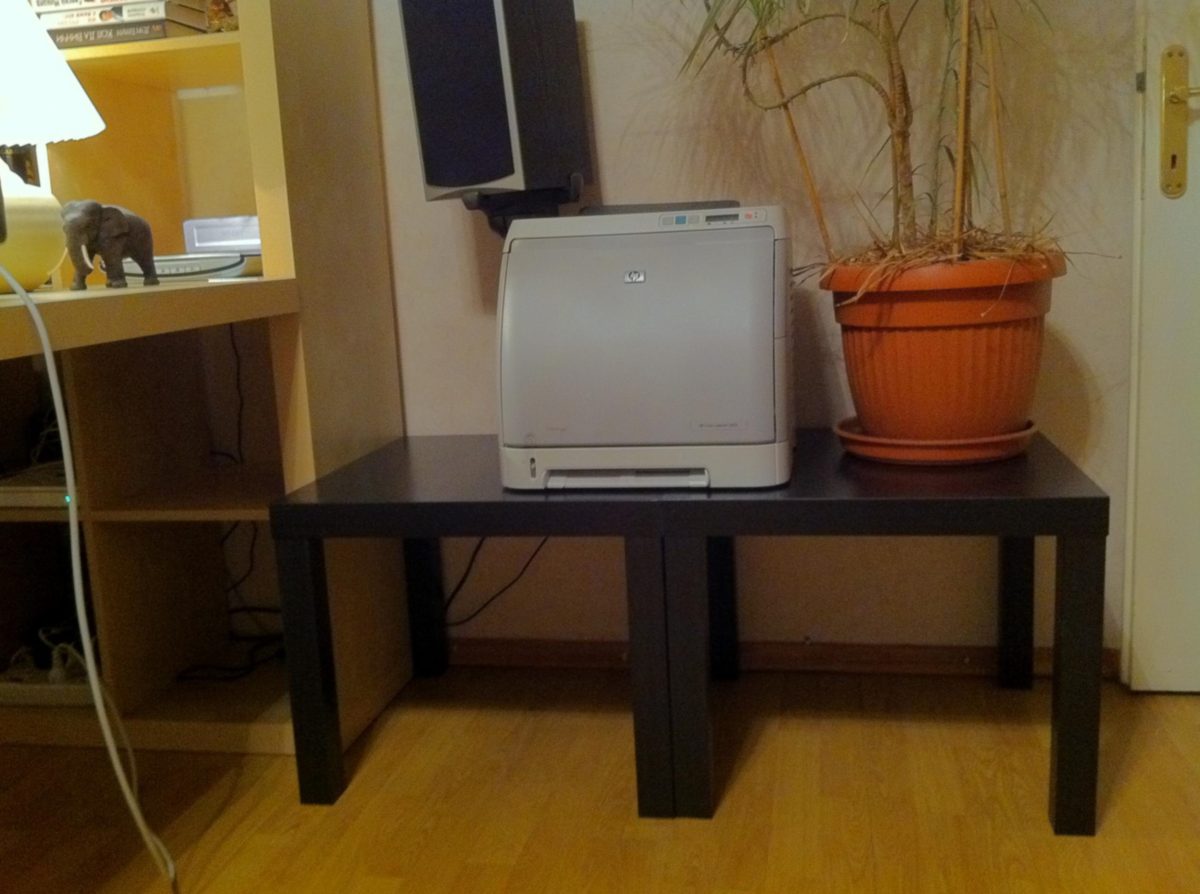 In this interior were used: Hall:

Scandinavian style: one bedroom apartment of 36.6

Apartment in the spirit of the 1920's with fireplace and art-deco details - etk-fashion.com

10 things that should be in a small apartment - etk-fashion.com