If you think that there are no fans in DomodedovoHigh design, you are deeply mistaken! Today we show you a three-room apartment in Italian style, which will give odds to many design interiors Italian grace was to the liking of customers - a young family with an eight-year-old girl. To build a cozy nest, where everyone has enough space for life and creativity, they turned to the interior designer Olga Paradise. And although the project is still under implementation, the sketches clearly show that the apartment will be very nice and stylish. Olga Rajskaya, architect-designer In 2002 she graduated from Ulyanovsk State Technical University with a degree in Architectural Environment Design (at the Faculty of Construction). In the field of design and construction works 15 years. It specializes in various types of objects - from urban architecture to private and public interiors. He prefers an individual approach to each project, and the most interesting in his work calls the embodiment of the idea into reality. The creed is to find the golden mean between the wishes of the customer and the way everything should be ideally. Www.raiproject.com At the stage of project preparation several meetings of the designer with the apartment owners were held, as a result, a simple decision was made - a stylish and comfortable interior is needed. Calm beige scale became the leitmotif of all rooms, yielding in some places to bright accent colors. These inclusions are not at all out of the generalPictures, but on the contrary, give individuality and elegance to each room. The living room and hallway, separated from each other by only a small partition, began to look more modern due to the barely perceptible light yellow tones. A lot of attention was paid to the textures,Which complement both color and each other. The glossy facade of the kitchen has a gray-beige color, which perfectly matches the quartz top like chocolate. And where there are mirrors, there are relief panels made of American walnut or leather sofa. The light perfectly emphasizes every irregularity of the surface, filling the entire space with aesthetics and beauty. 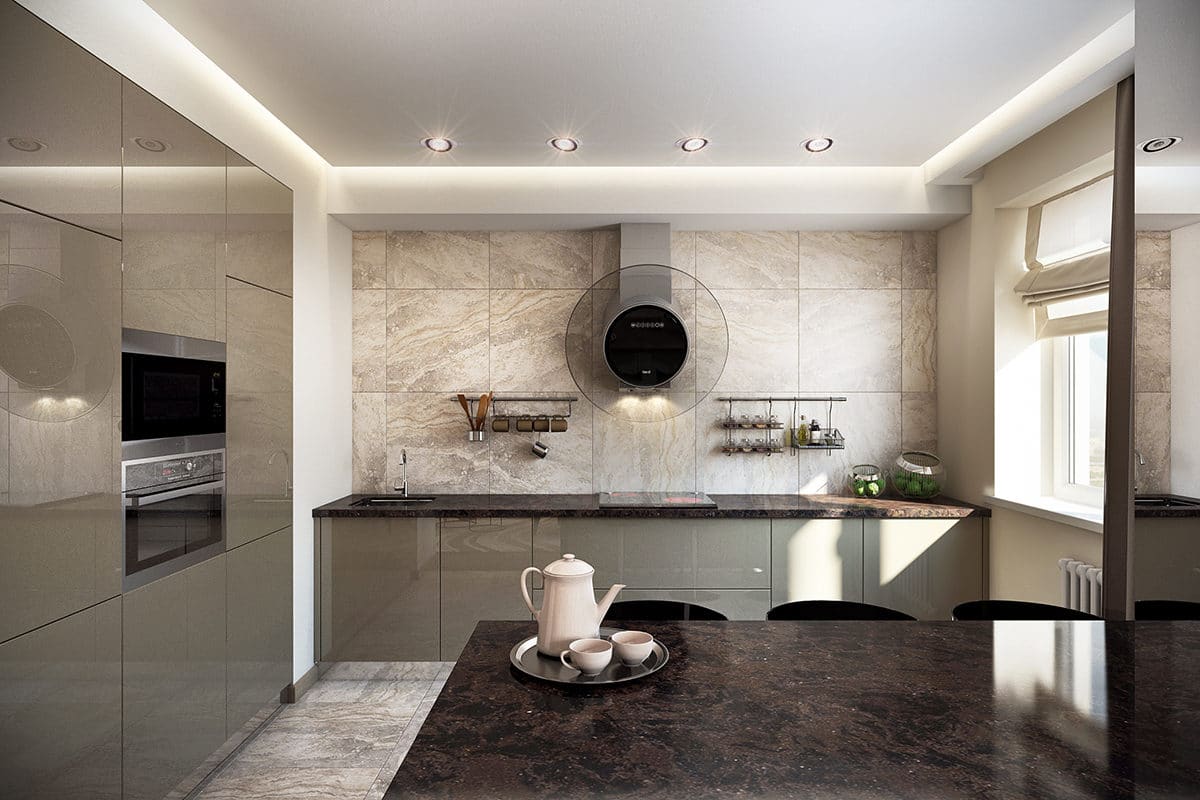 From the hanging closets in the kitchen decided to refuse,Since many storage locations were not required. These saved centimeters went to good use - the apartment had more air, and the characteristic island turned into a bar counter. There you can both easily eat and prepare food, glancing at the bio-fireplace at the far end of the room. The symmetry of the shelving around the hearth and the huge round hours set the solemn mood at the very first glance at them. 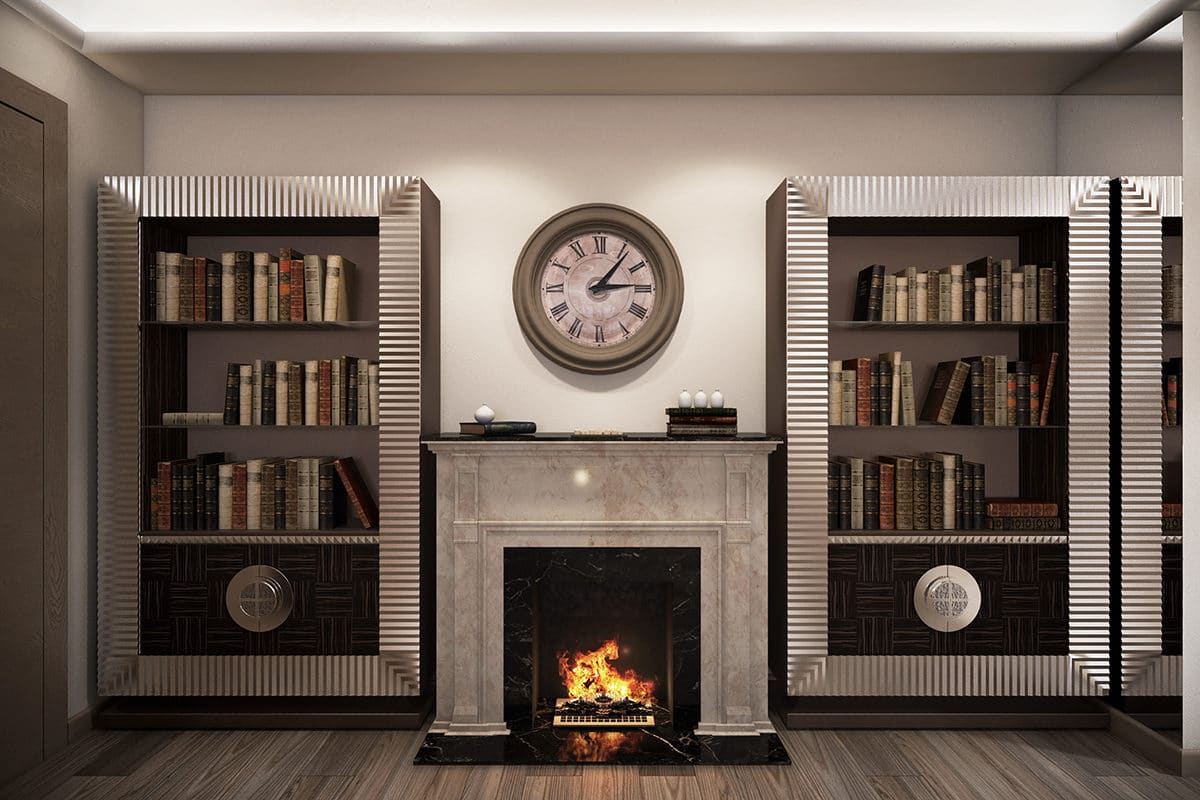 The entrance hall, living room, kitchen and dining roomThere is a clear zoning. Outwardly this is a single open space, but the impression of four different rooms is created. Here are ways to divide the interior in a similar way: flooring, the use of mirrors, visually expanding the space, the difference of light scenarios and the elements of furniture. The door separates the private part of the apartment from the general. Bedroom with balcony-cabinet, children's and bathroom - standard set, but here it is executed with special inspiration. The same color scheme found a slightly different - more vivid - appearance. In the daughter's room added fun wallpaper and orange-green hues, as well as a mirror wall, near which the future ballerina will exercise every night. The master bedroom is made in a more classical style, and the needs of each member of the family are fully taken into account. Uncomplicated replanning mainly concernedNamely a common zone. Right at the entrance there used to be a bathroom, from which it was decided to refuse in favor of increasing the area of ​​the hallway and living room. In addition, they insulated the balcony and combined the kitchen with the dining room (and, as a consequence, with all the rest of the space). Naturally, there were complexities. Because of the low ceilings from the idea to make there zakarniznuyu highlighting had to be abandoned. But the decision was found quite quickly. LED lighting of round gypsum profiles on the ceiling and individual sources on the walls are surprisingly easy to fit into the overall concept of the interior. Read also:.

Apartment in the "Stalinka": interior in the style of the 50's

The interior in the loft: the real Moscow apartment