How to increase the useful area of ​​an apartment while maintainingall functional features? Why can't a classic interior be spoiled by bright and catchy accents? Answers and advice are given by a specialist. Young people usually choose modern styles for the interior, but this married couple settled on the classics. Designer Natalya Komova managed not to cross the line between bombast and comfort, and at the same time give the apartment extraordinary brightness and freshness. An electric piano in the future nursery, wallpaper in the bathroom, a Scottish cage in the bathroom, a catchy sofa in the living room - this interior really doesn't look boring. In addition to the harmonious design, the designer was able to make part of the non-residential area functional, for example, to expand the kitchen and bedroom by joining balconies. Natalya Komova, interior designer She works on the creation of private and public interiors in Moscow.

Customers - a young married couple who decided to fill their home with a light, airy atmosphere of warmth and comfort, withstood the entire interior in light colors and soft traditional style. It was decided to somewhat optimize the standardplanning, reducing the useless area of ​​the corridor and increasing the area of ​​bathrooms and living rooms. Thus, it turned out to be placed on 88 square meters:

Natalia Komova, interior designer: - The joining of the balconies did not cause any special difficulties, because we did not take out the radiators there, but made a warm electric floor. But in order to organize a passage into the kitchen from the living room, we had to make an aperture in the bearing wall, following a number of technical requirements and subsequently wasting some resources to agree on the whole project. But, it seems, it was worth it! 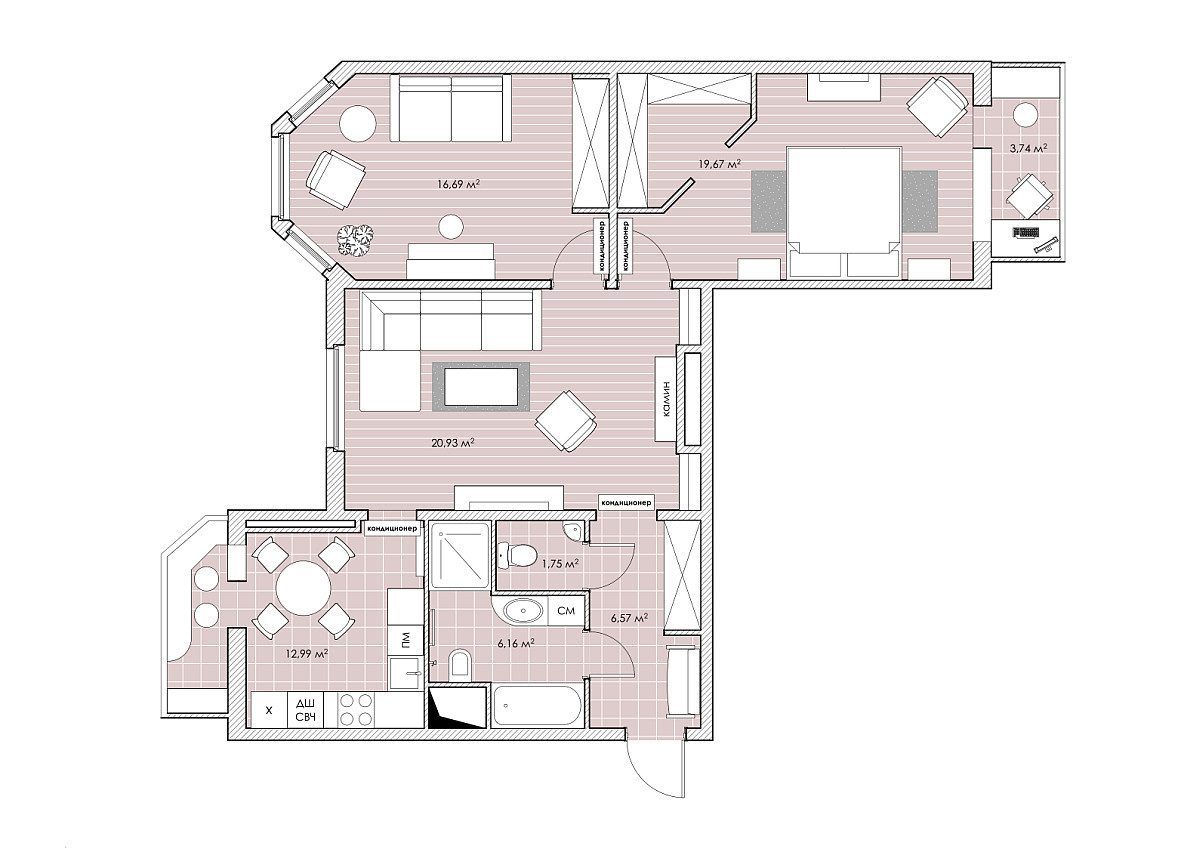 The interior of the whole apartment is designed in light,pastel colors, and only in the living room there are some noticeable color accents. This is a sky blue sofa and a beet-colored armchair, diluting the general background of white built-in furniture and light wallpaper. And one more colorful interior can be observed in the guest bathroom. Here, the contrasting Scottish cage of wallpaper sets a more strict tone, but nevertheless, due to the white ceramic wall panels, it harmoniously blends into the overall mood. An object worthy of attention

A large bathroom deserves special attention.For this room, delicate moisture-resistant wallpaper with a romantic print was used. The chandelier located above the bathroom has a dimmable function. Pay attention to the large mirror, which visually enlarges the bathroom several times. The curtain covering the washing machine is made from the fabric of the same collection as the wallpaper. All this creates a magical enveloping atmosphere of bliss and relaxation. Natalia Komova, interior designer: - The customers of this project are young guys, so it was important for us not to make the interior too classic. To do this, we used some techniques that helped us stay away from excesses and at the same time fulfill the set task with a vision for the future.

For the sex we chose the "French Christmas tree". In contrast to the traditional "Christmas tree", here the parquet is "cut" at 45 degrees and the joint is laid in the joint, which looks better. Reception number 2: get rid of the carpet

In the living room, we abandoned the traditional large carpet in favor of the track, the size of a little more standing on her coffee table - a slight stroke, which greatly facilitates the space. 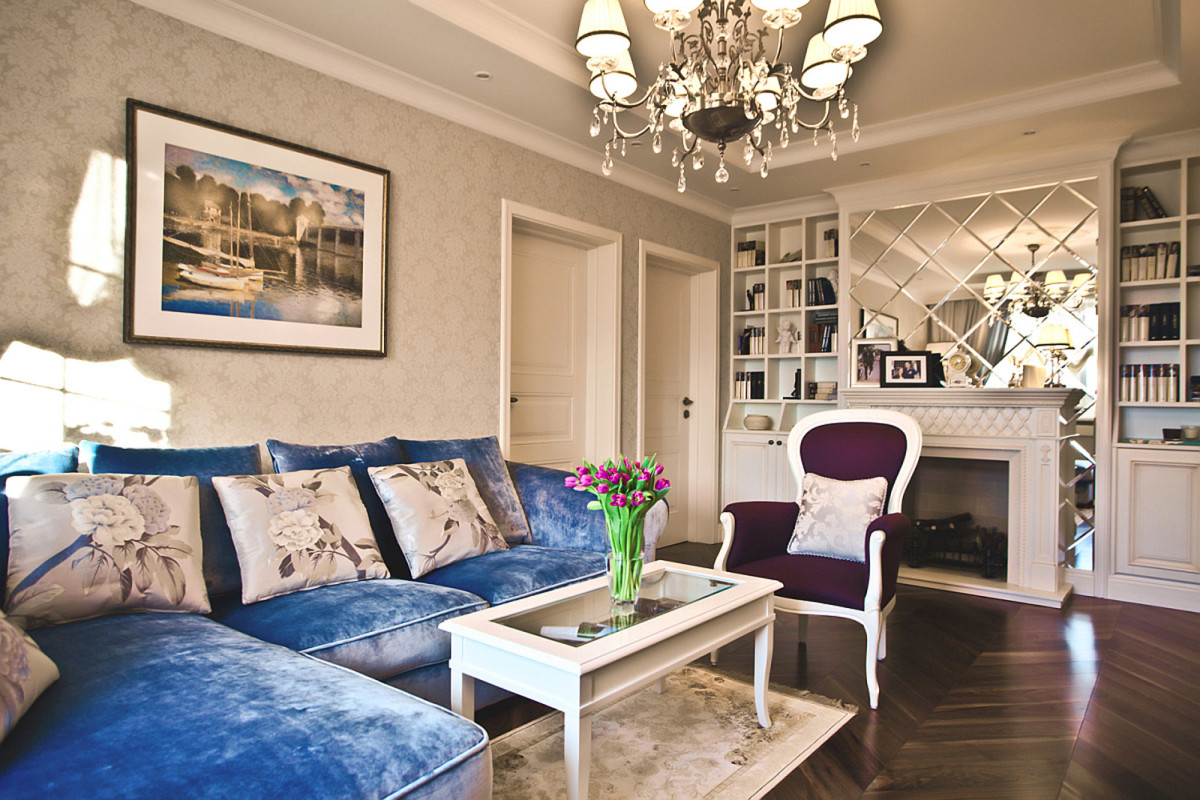 In the kitchen, with fairly classical facades, we installed modern chrome-plated household appliances, which brings us back to today. Practically all the furniture is aged bronze, it also helps to create a cosiness, while, for example, gold would only load the interior. Reception number 5: we think about children!

It is possible to quickly transformroom with a piano in the nursery. When young spouses become happy parents, they will save a lot of time and money on arranging a room for their baby. Remodeling an apartment now, think about the future!