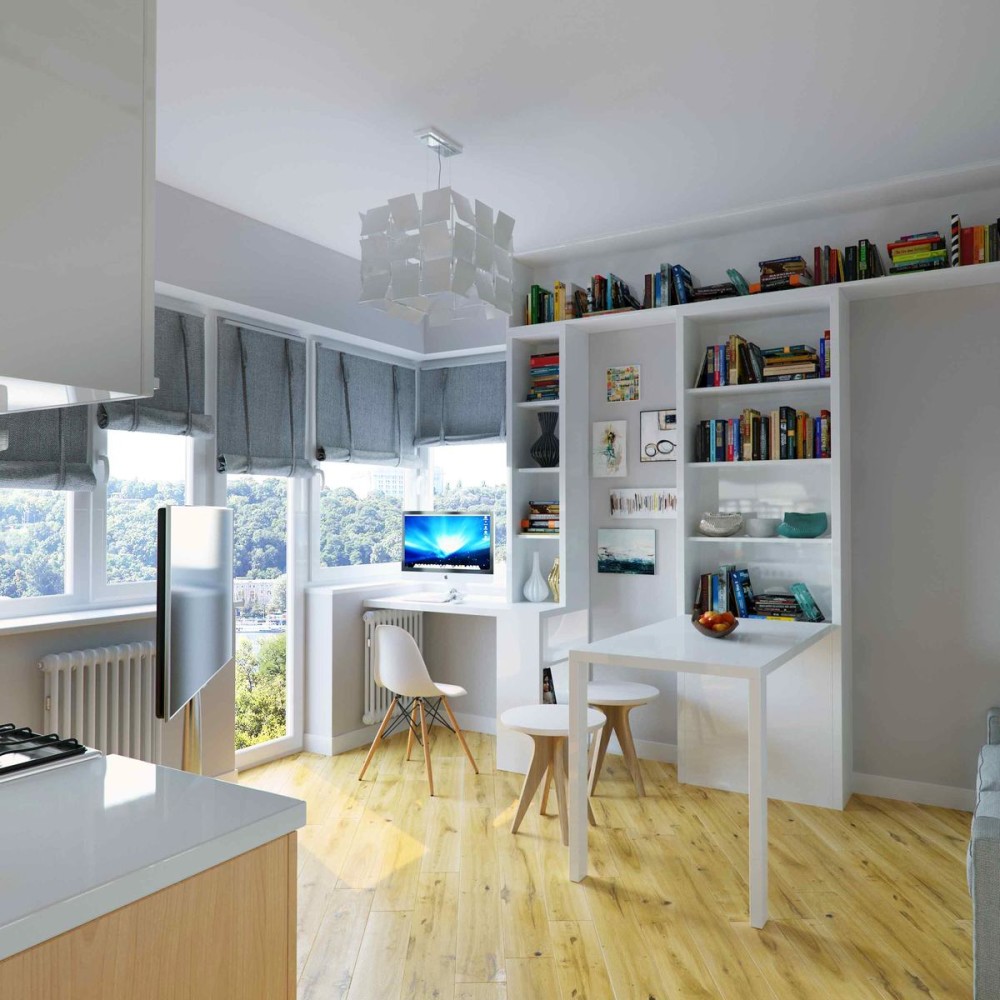 And again we return to the topic of small-sizedapartments. Today we want to show, using the example of a small apartment in Moscow, how you can equip a one-room apartment for which the owners have chosen the Scandinavian style. This apartment, located in Moscow, is planned to be rented by the owners. But since they themselves love and value comfort, they decided that housing, albeit temporary, should be liked, inspire and relax the one who will live in it. Therefore, they first decided to make repairs and turned to the designer Alexei Zhukov. Alexey Zhukov, designer Graduated from Yaroslav the Wise Novgorod State University in 2012 with a degree in environmental design. Prefers minimalism, Scandinavian style, organic architecture. It's great when the life positions of the customer and the designer coincide. This means that we will perfectly understand each other when drawing up a housing project and repairing it, we will be able to be on the same wavelength, and everyone will be satisfied with the result. We like people like that.

Alexey Zhukov Layout The area of ​​the apartment is verysmall. But even on this one you need to organize many functional zones: a kitchen, a living room, a good sleeping place. And there must also be a comfortable storage system and a workspace, since many now work from home. It seems almost impossible. However, in such conditions, it is possible to replace a large double bed with a sofa bed or transforming furniture, which it was decided to do in this apartment. In order to better realize all this, a slight redevelopment was carried out - the wall separating the room from the hallway was demolished. Alexey Zhukov, designer:- Unfortunately, the size of the apartment does not allow us to make a full-fledged kitchen with a refrigerator, so we moved the refrigerator to the hallway, making it an invisible part of the rack. Furniture Furniture for small sizes is a sore point. Everything that can be bought in stores is bulky, unformatted and does not fit the individual requirements of customers at all. Therefore, Alexey went the other way and suggested that customers make all the furniture according to an individual project, which they accepted with joy. As a result, the main living area will be combined with the hallway with a rather unusual designer shelving. This is such a large single multifunctional structure, the components of which immediately became a folding dining table in the area of ​​a folding sofa, a wardrobe and a refrigerator. 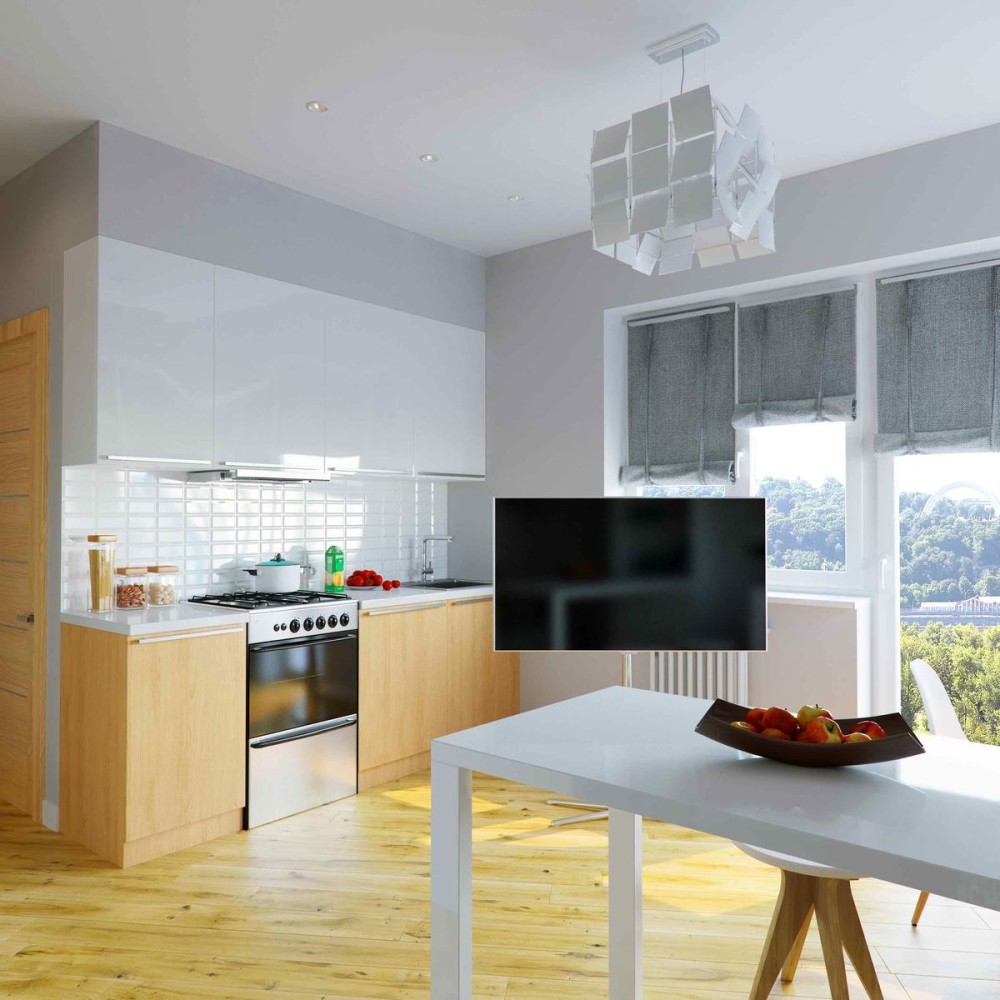 In addition to the furniture that will be made to order, the apartment will house:

Color and light The sofa will be illuminated by two smallluminaire on suspensions. A TV on the leg will allow you to create a viewing area anywhere. And an unusual rhythm to the space will be set by laying the floor covering at an angle. The apartment is made in light colors, since it was decided to take the fashionable Scandinavian style as a basis. It was not for nothing that the Swedes invented it for their small dwellings: everything in it works to visually expand the space. In addition, this color and style solution is aimed at a wide range of tenants. The space should be as comfortable as possible, and if someone wants to bring something bright into it, this can be done without difficulty. Bathroom Area of ​​the combined bathroom -four square meters. It was decided to make it very ascetic, since it is difficult to guess the taste of the future tenant. Black and white colors are complemented by a brown curtain. And if residents want to decorate it with bright colors, any colors will look great against such a background. To save space, the washing machine was placed under a small sink, and the bathtub was replaced with a shower stall. This solution will visually increase the space of a small bathroom. 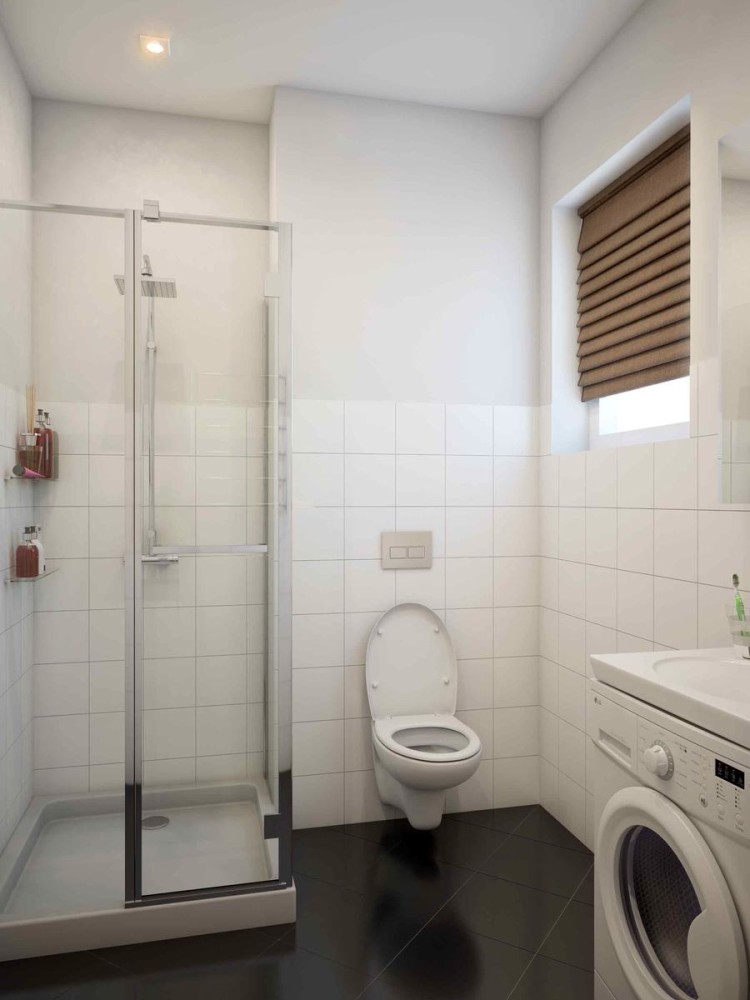 The implementation of the project will take one and a half to two months. 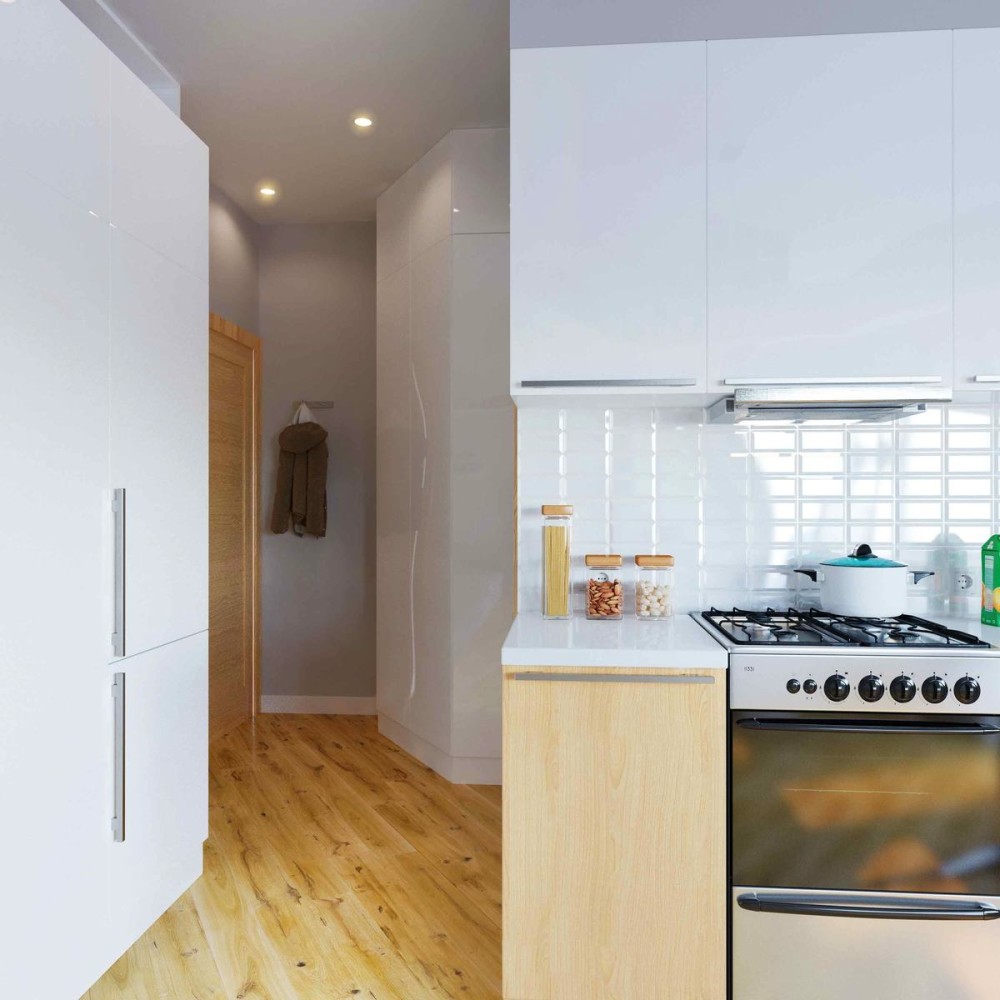 Tips for saving space in odnushkah