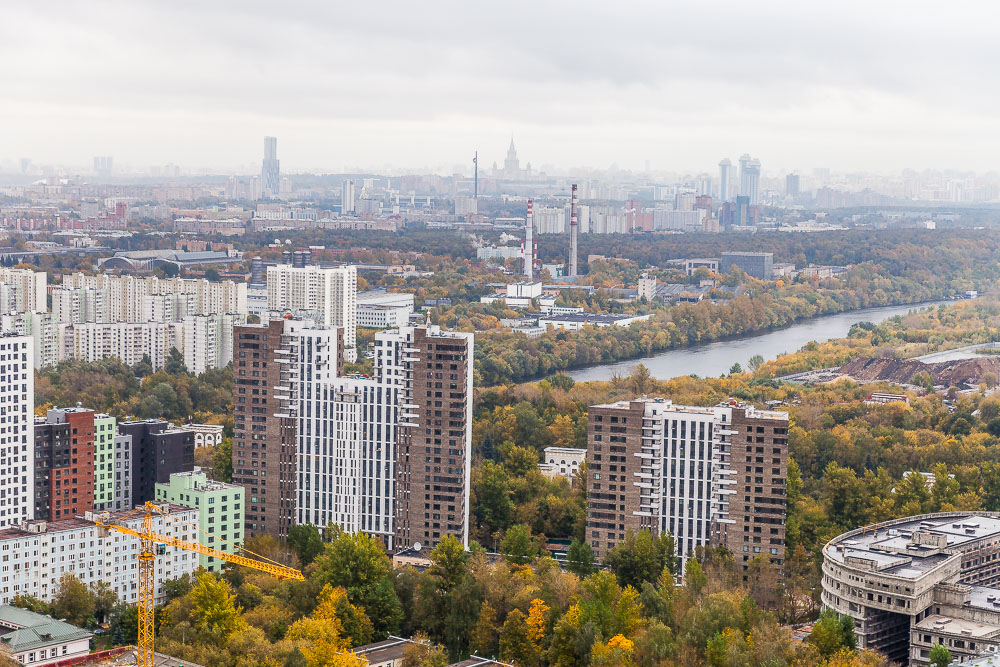 The usual three-ruble note turned out to be quite unusual, the dooryou won't find it in the bedroom, even if you really want to, and if you find it, you still won't be able to open it. Why? Read below There are many unusual finds in this apartment, the most interesting of which is the hidden entrance to the bedroom through a chipped lock. Dmitry Ulitin, architect, and Anastasia Taratuta, interior designer

Artzona.Ru is a creative and family duet of designers Dmitry Ulitin and Nastya Taratuta. Since 2006, the company has been implementing various projects that unite the main thing - the desire to change the world, creating comfortable spaces and objects.

"We are happy people: we can afford to work on what we are interested in, and with those who like us."

Awards:many awards in international architectural competitions. Artzona.ru The apartment was originally open-plan, so we didn't have to dismantle and move partitions. We offered several options, and the customers chose the one that they liked the most. The main idea was to divide the apartment into two parts - open (general, party) and private (secret, master's). The door to the private area is hidden in a large built-in wardrobe. It opens with a chip electromagnetic card. The door does not give itself out in any way - no handles or hinges are visible. 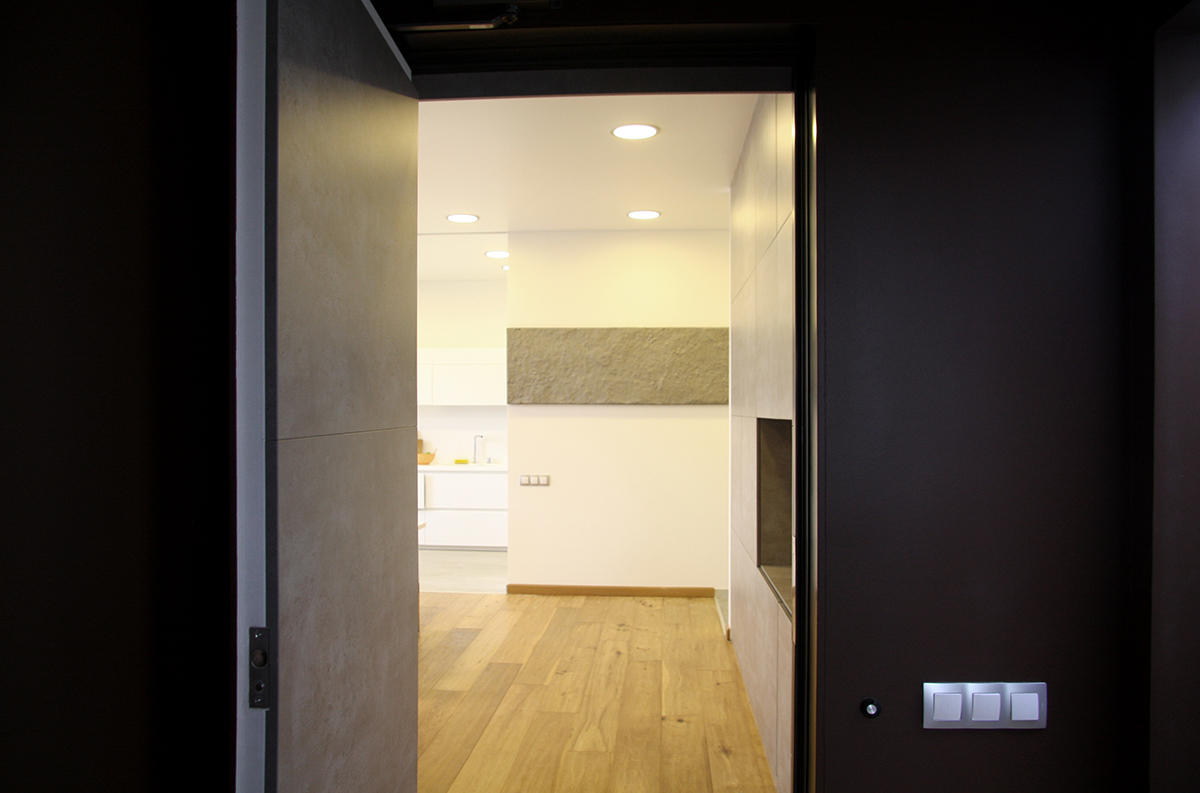 The color scheme was originally conceivedas neutral as possible. There is practically no color here - the entire interior is in shades of gray, the ceilings and walls are white, the built-in furniture is gray or mirrored, the kitchen is white, with a white apron. This approach made it possible to fill the space with air and light. So that the interior would not be "cold" and uncomfortable, we chose a brushed parquet board in a natural oak color. Only in the bedroom, to create the effect of intimacy, a dark ceiling was chosen, and a cream shade was added to the color of the facades. The idea of ​​such a colorless interior is to fill it with colored accessories and textiles (those that can be easily changed and supplemented), such a space cannot get bored or press in any way. But it is very easy to create a mood in it - just buy a blanket, bright pillows for window sills, several glass vases and flower pots - any color will perfectly fit into the white and gray space. Almost all the furniture is made according to our sketches to order in Moscow workshops. We have also created a series of lamps and decorative elements specifically for this apartment. 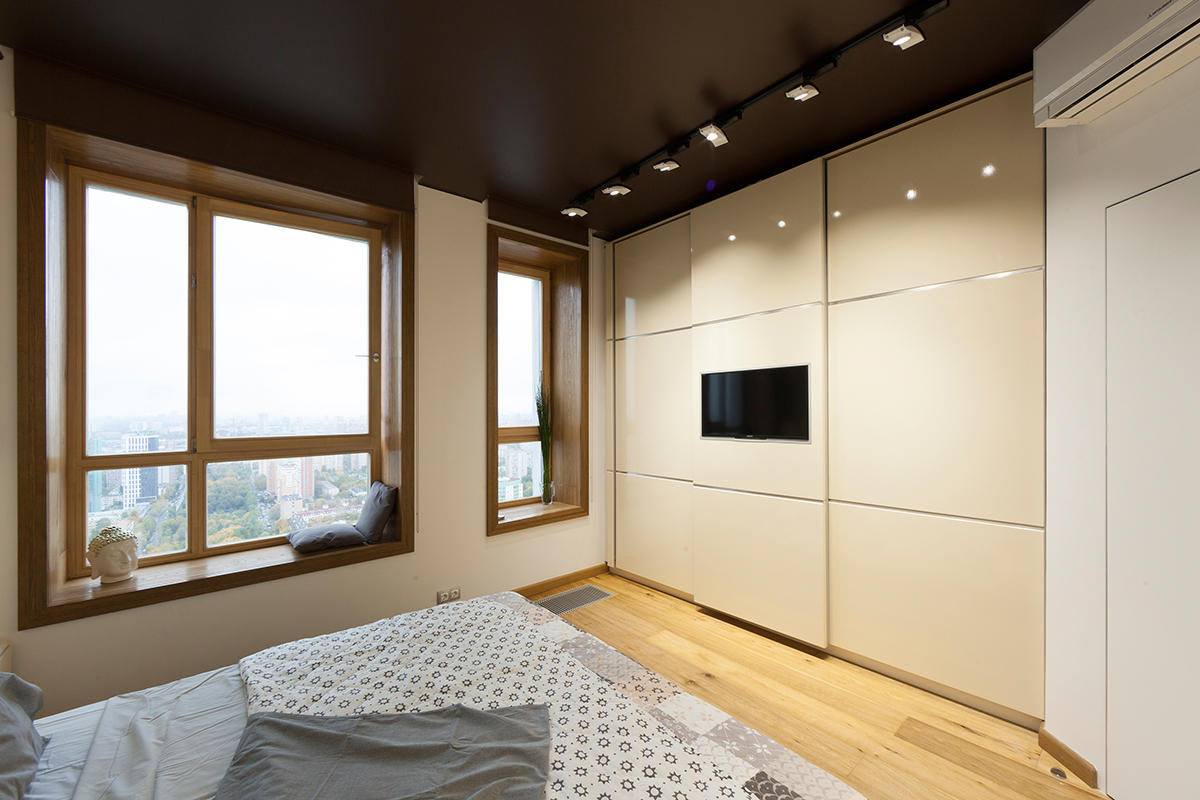 The master's bathroom is interesting in decoration -heat-treated ash and stone mosaic. Interesting plumbing - semi-recessed toilet and bidet on a single wooden box. Editorial opinion: - Heat-treated wood is produced as follows - in a vacuum chamber all organic matter is burned out of wood, only the crystal lattice remains, that is, there is simply nothing to deform, rot and deteriorate. But once a year, it is advisable to cover such wood with a special oil. All furniture is also made according to our sketches - cupboards, drawers, dressing table in the corner. The light source is a matte white LED strip embedded between the ceiling boards. Instead of a curtain - a glass partition. Guest bathroom is tiled. Shower cabin with a steam generator. 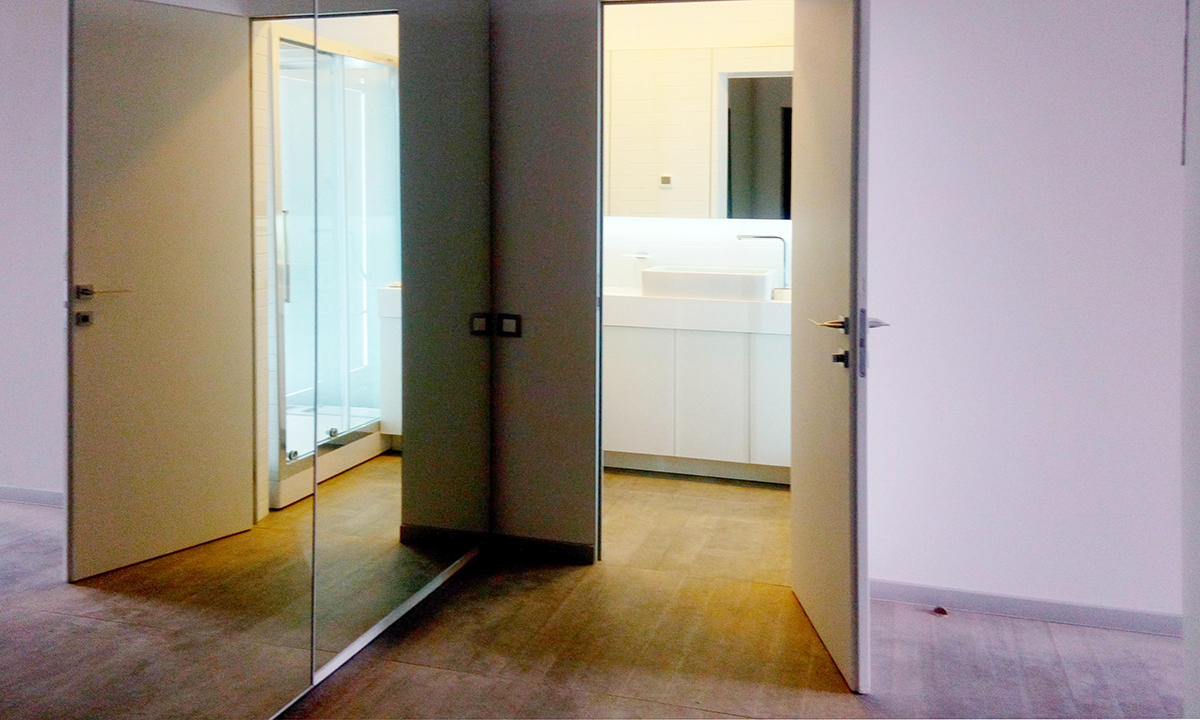 In the office there is nothing built-in and capital- the customers were specifically asked to make a room of free destination. Now this is an office and an additional sleeping place for guests (sofa from BoConcept is unfolding). A desk with drawers in the working surface is also BoConcept. When a family appears in a family, this room can easily be converted into a nursery. One of the customers' wishes was a fireplace by the sofa,Which we built into the cabinet. The bio-fireplace creates a cozy atmosphere, you can admire the fire. But in doing so, it practically does not heat the surface, excessive heat is diverted through a special ventilation duct, there is no smoke, since practically a couple of liquids are burning. 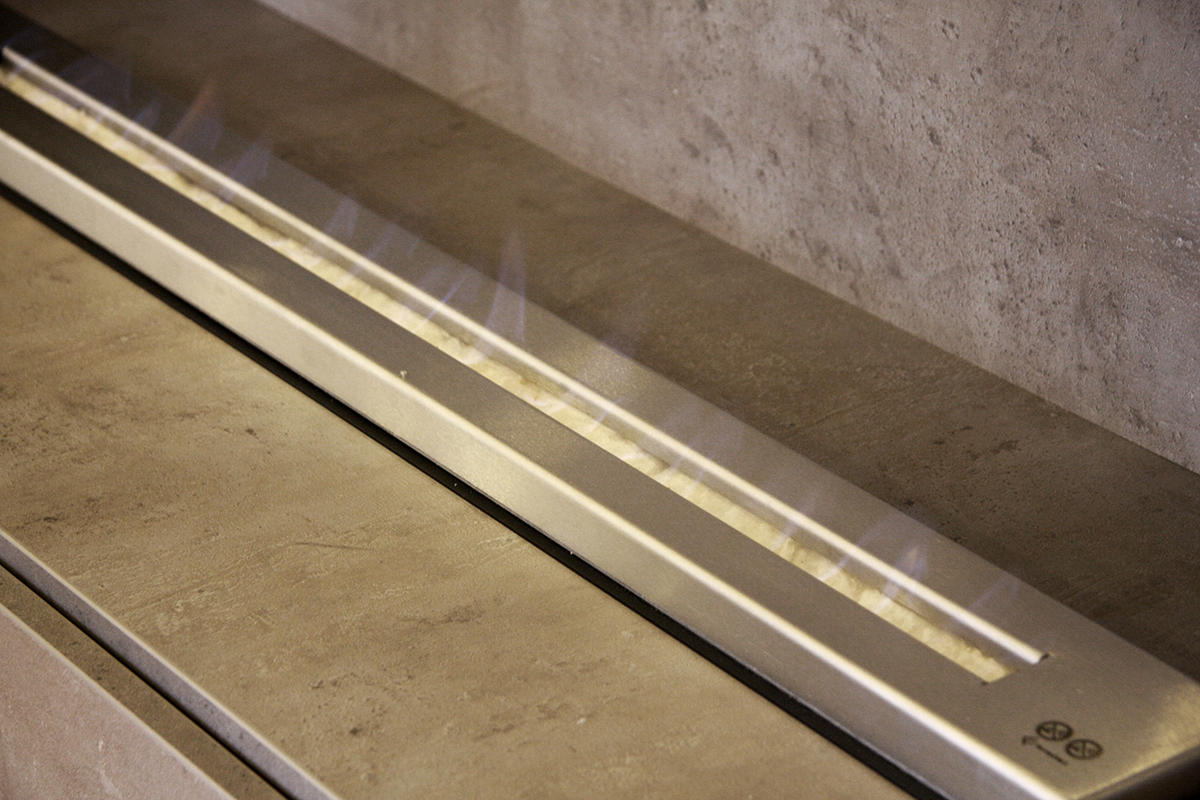 The apartment also has a technical room with a washing andtumble dryers, a linen tank and racks for household chemicals and tools. All walls are painted with DeRufa paint, which gives a very beautiful silky matt surface that is resistant to abrasion. Engineered brushed oak board is coated with special oil to obtain the desired shade. All the doors in the apartment have a hidden frame - we really didn’t want to visually split the walls with door frames, so we offered the customer such a solution. The doors look elegant and light, covered with the same paint as the walls. In the apartment, all radiators are built into the floor - the height of the ceilings allowed, and other communications were still divorced under the screed. This made it possible to free up wall space under the windows, as well as to create comfortable seating on wide wooden window sills (the same oak as on the floor). Direction on the creation of objects of design fromOld and unnecessary things called recycle art. We have been working in this direction for several years, the products are always unique and with their history. Lamps for this apartment we made from old gas cylinders, and the decorative panel on the wall - from a sheet of metal, which was lying on the construction site. The apartment is located on the 37th floor. From the large windows you have a stunning view of Moscow. 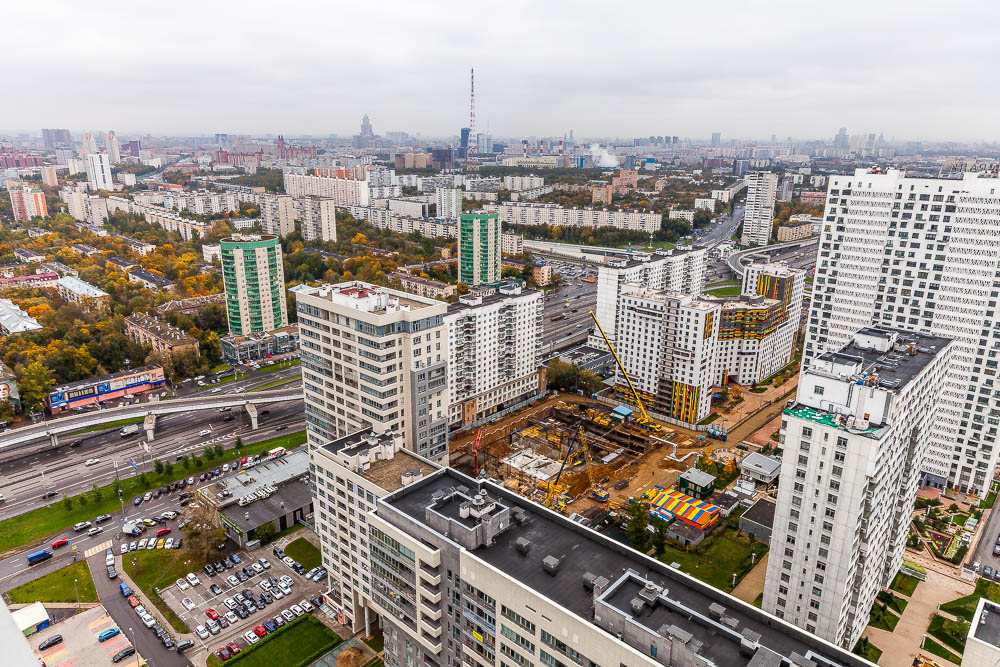