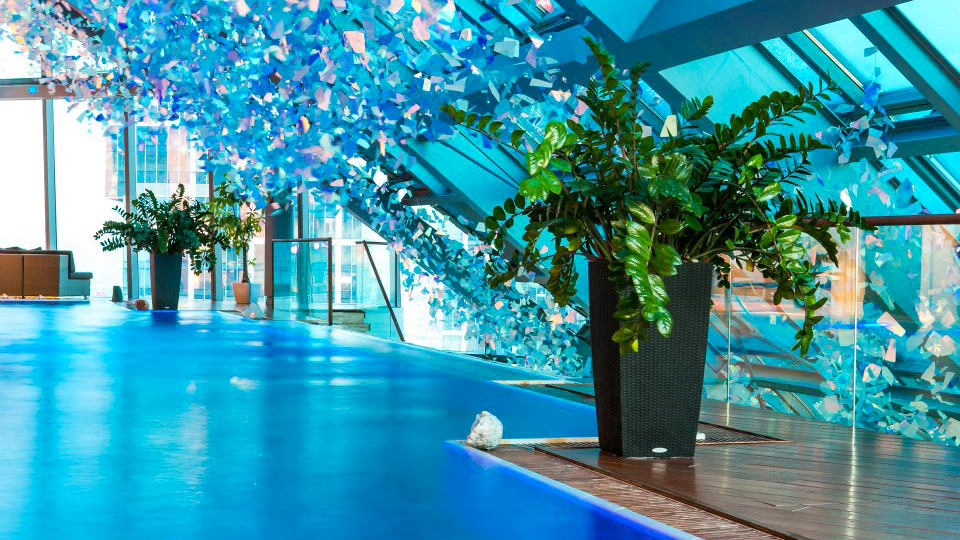 How to make sure that the whole of New York was yourslegs, and from the windows a breathtaking panorama opened up to the very Atlantic Ocean? The answer is simple - to buy a luxury penthouse in the tallest building of the city of contrasts. Want to see? Every day wake up in the clouds, have breakfast, admire the most picturesque views, and in the evenings luxuriate in a warm bath and contemplate the whole city in the beautiful rays of the setting sun ... It's tempting, is not it? Perhaps it was such dreams that inspired Deborah Berke and Rafael Vinoly to create an unprecedented skyscraper right in the heart of Manhattan Island, which is known to be the most expensive and sought-after area of ​​the Big Apple. Located on the southern borders of the Central Park, the apartments in this high-rise are a tasty morsel for many world rich people. After all, not only your house will be visible from all areas of New York from any point, but you will be able to contemplate a fascinating panorama of the whole agglomeration up to the Atlantic Ocean. Deborah Berke (Deborah Berke), Architect, Designer Since 1987, he has been an architect of architectural design at Yale University, he does not cease to be a practicing architect of world renown. Each of her projects has a vivid character, in which the thin hand of the master and bold decisions are felt. Deborah's range of activities is very wide, but for whatever work it takes, the result will always be on top. Rafael Vinoly (Rafael Vinoly), architect 432 Park Avenue - one of the largest buildings in America, its height reaches 425.5 meters. In total, in this 96-storey skyscraper, 104 apartments cost from $ 16.95 million to $ 82 million. But, as always, penthouse deserves special attention, here its cost is estimated at $ 95 million. Sprawled above the clouds, these cherished apartments have already found a happy buyer. His name is not yet known, but judging by the fact that he laid out a tidy sum for this magnificent apartment, we can assume that this person is an incorrigible romantic with a refined taste, a slight megalomania and well a very large score in the bank. 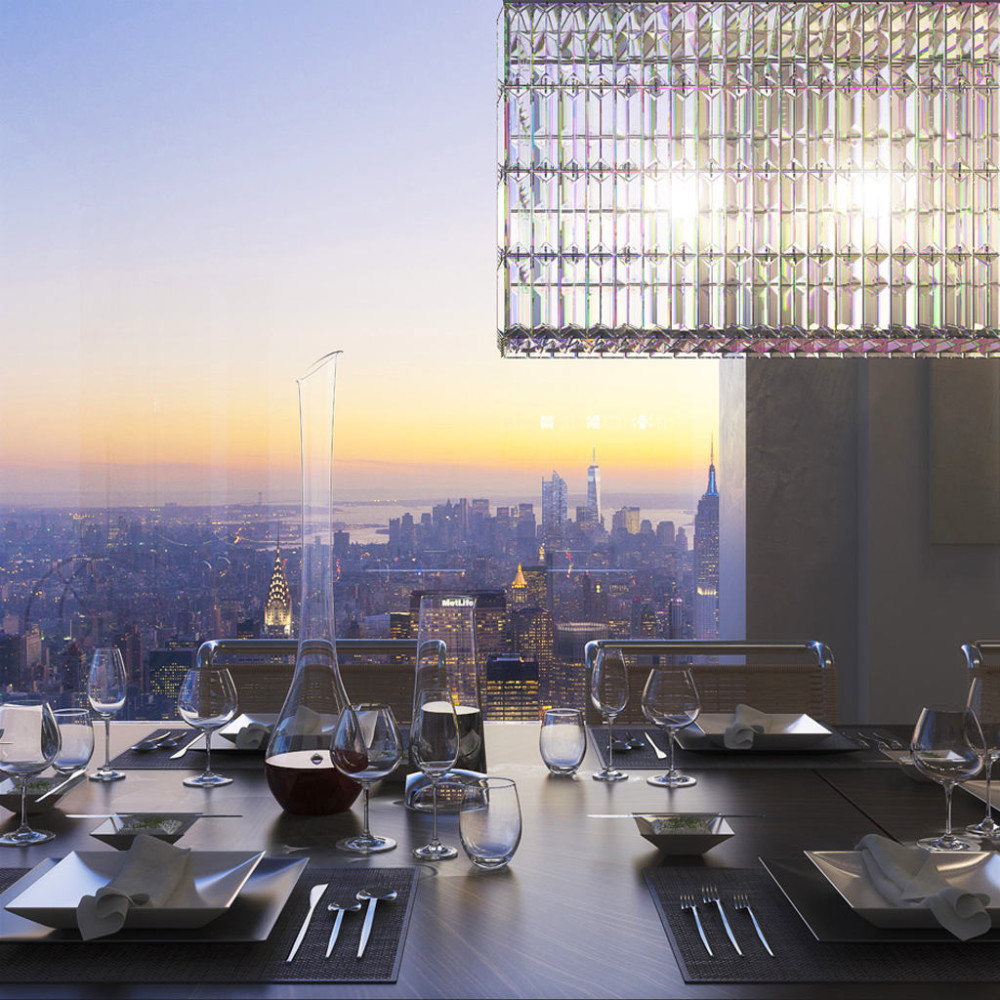 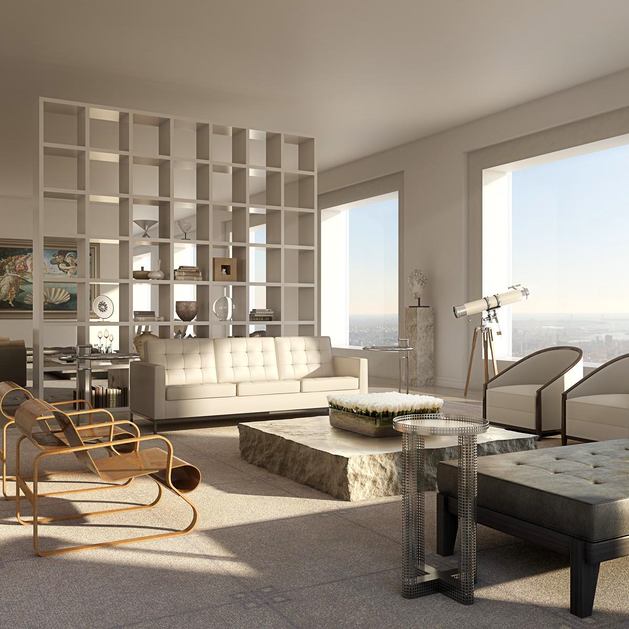 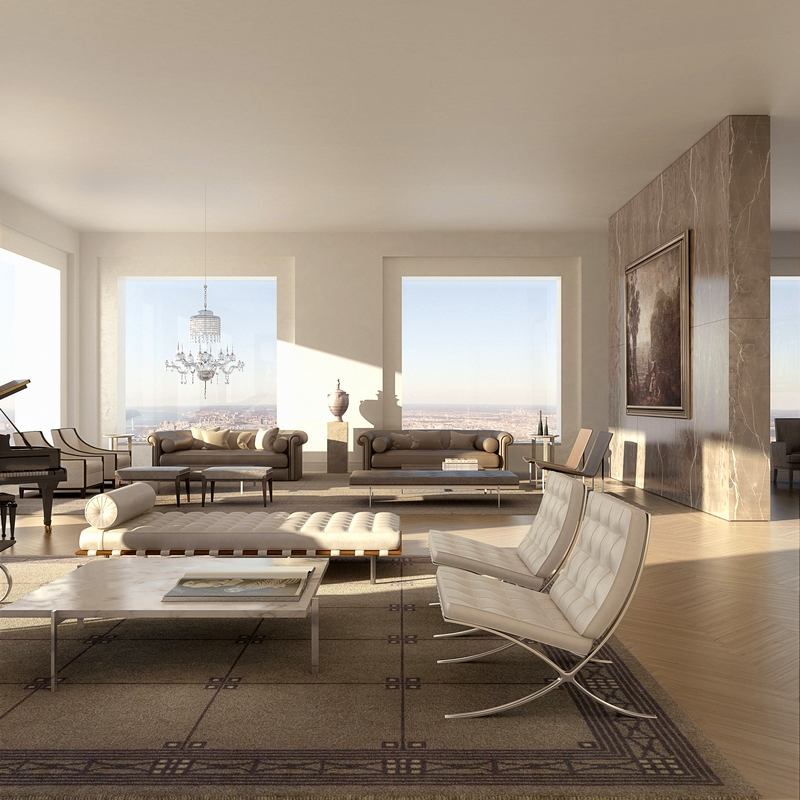 Penthouse, having a refined and elegant design,reinforced with unconcealed chic and expensive natural materials, included six bedrooms and seven bathrooms. And in the main bedroom our rich romanticist and his companion will have different bathrooms, the passage to which is carried out through individual dressing rooms. Private elevator area will be an excellent bonus for such a generous purchase. To contemplate the picturesque views can be through the huge three-meter windows, which look amazing. And in order to ensure that other buildings are not particularly obstructing the marvelous scenery, residential apartments are sold only from 104 meters. All that is below is the infrastructure of the building, which is designed to provide all the needs of elite residents. 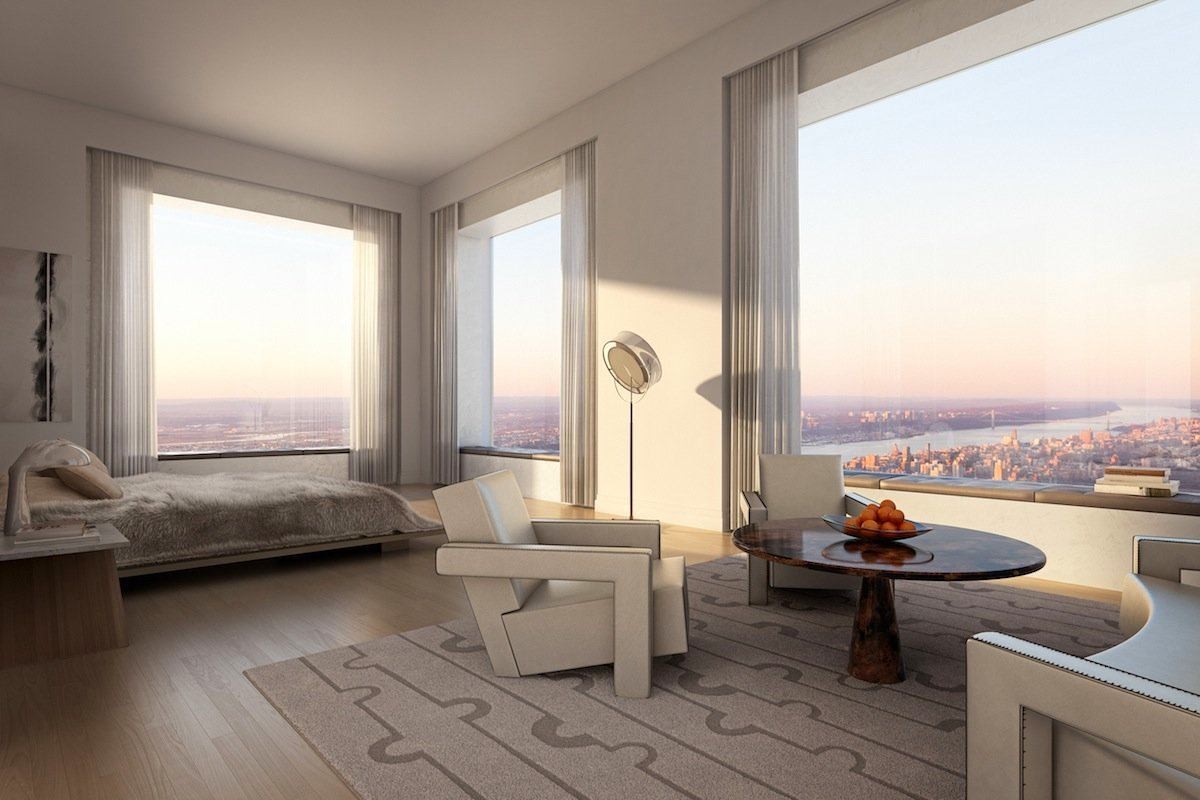 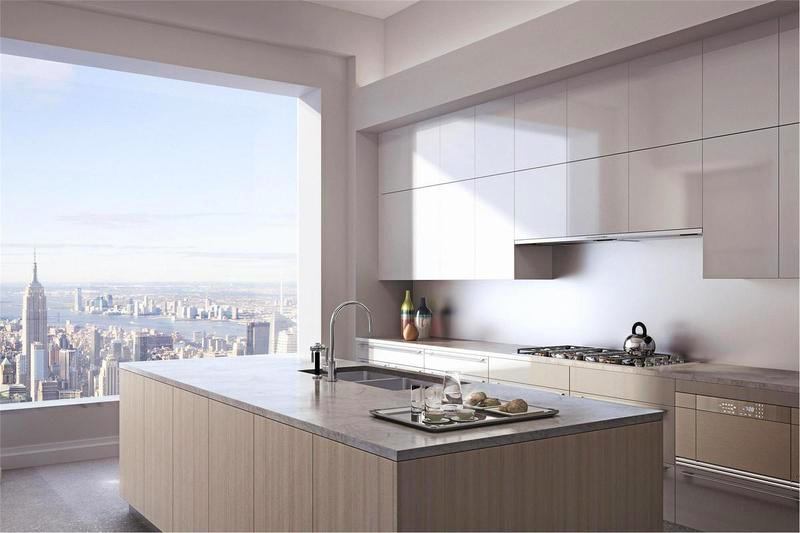 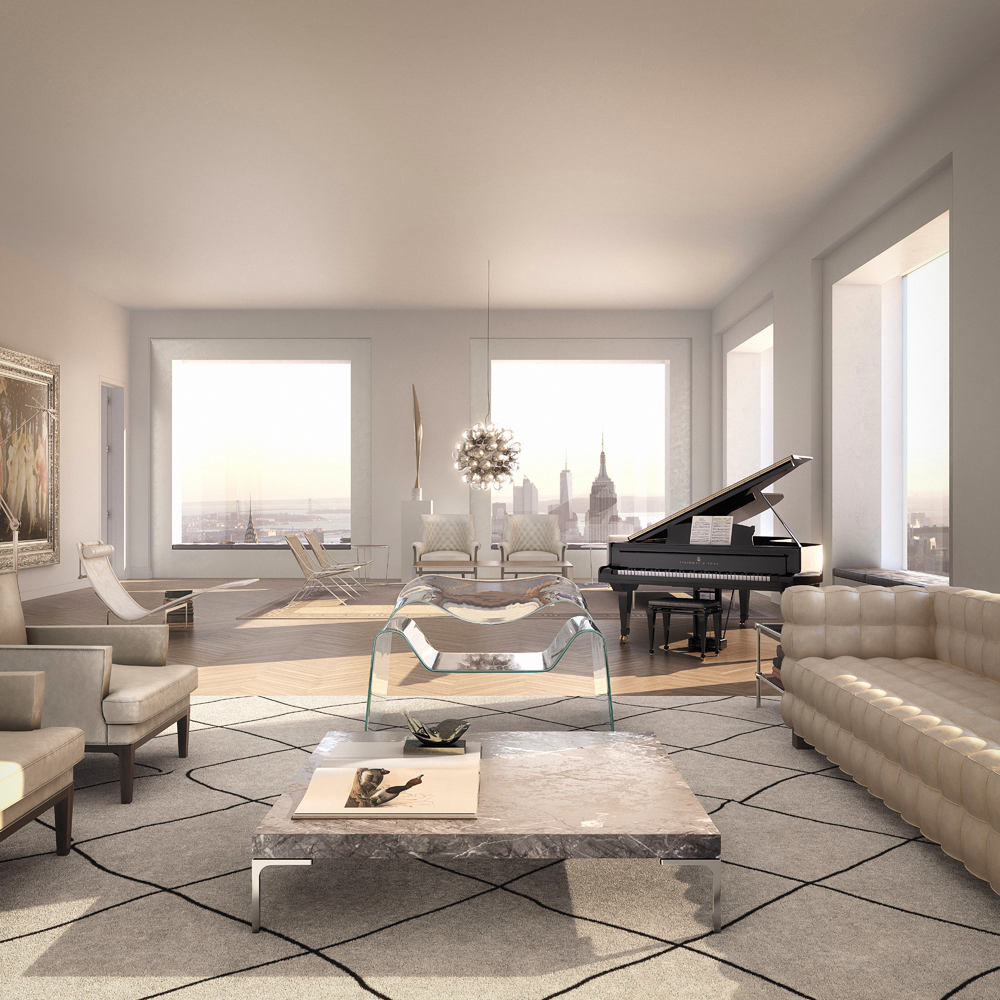 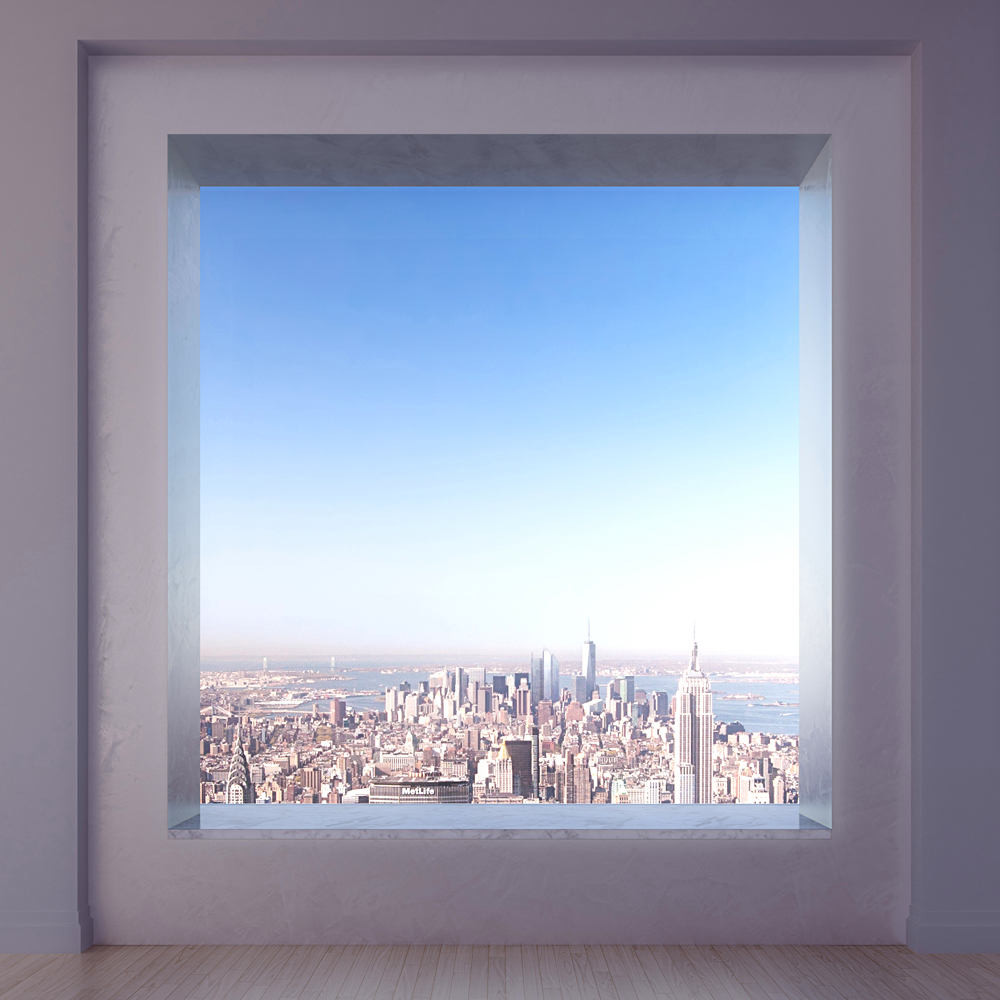 To meet the needs of residents allocated 2787 square meters, which include: a private restaurant and enclosing an outdoor terrace for dinners and celebrations, a 27-meter indoor pool, a spa, a fitness center with saunas and massage rooms, a wine cellar, a cinema, children's playrooms, a conference room and other delights of luxurious life. In addition, there is a doorman, a concierge and food delivery around the clock. 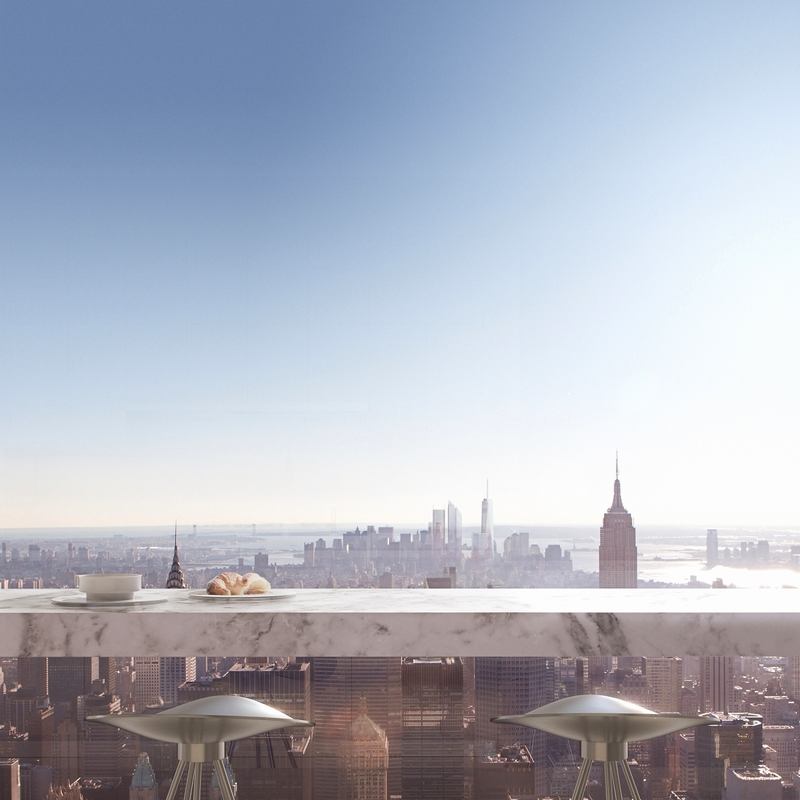 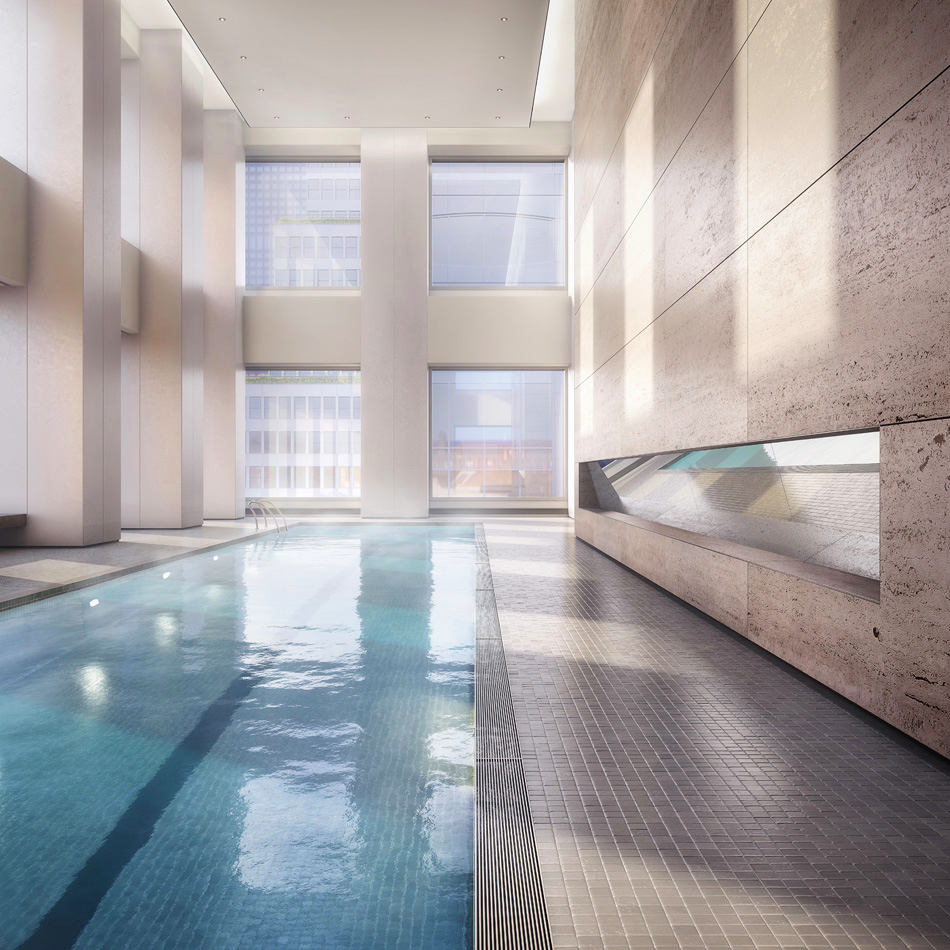 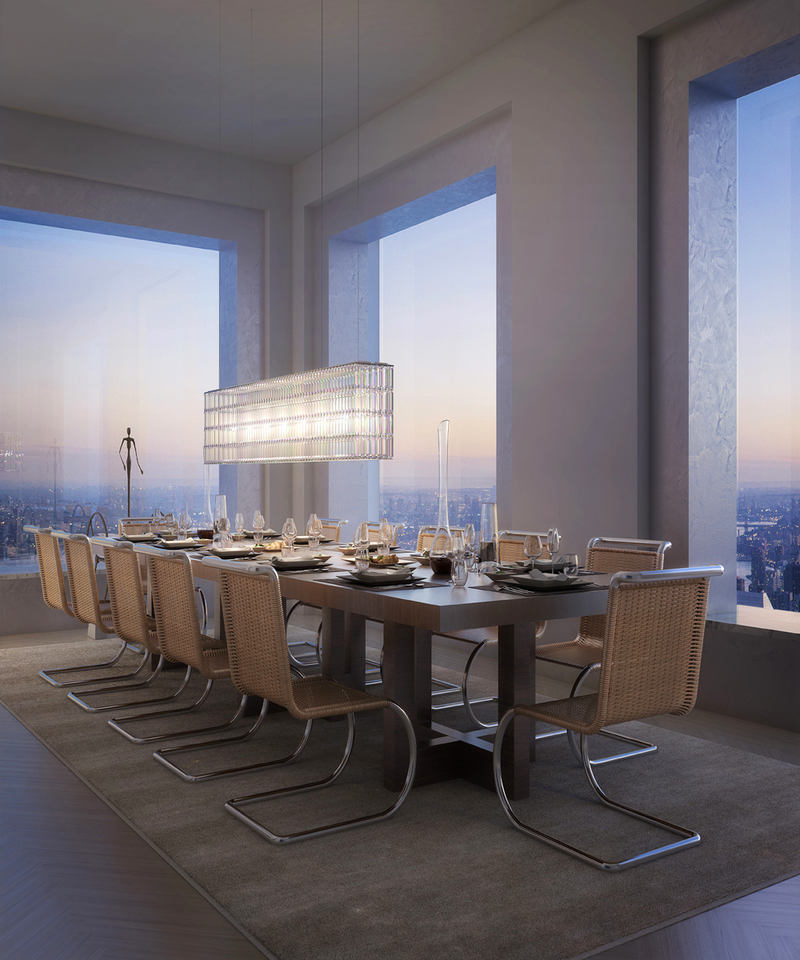 Do you think buying an apartment for such money -madness? Then get acquainted with the five-story penthouse in the ultramodern skyscraper Tour Odeon, in Monaco. Its area is 3 250 square meters, which include five kitchens - one per floor, a dance hall, three bedrooms only for the staff, many other rooms and a huge pool with a marvelous view of the sea and the mountains, which you can go down with personal water slide. The cost of such apartments is almost 400 million dollars, which makes them the most expensive in the world. In the interior of the penthouse there is everywhere a modern chic in a royal way. Wide beds, exquisite materials, panoramic windows and a calm, but such a luxurious environment will be an excellent bonus to the acquisition of this wonderful apartment. After all, despite the insane high cost, real estate has always been a profitable investment. And if you bought, then they will buy from you. 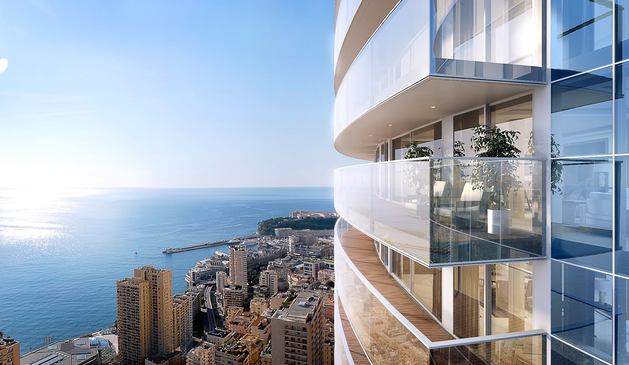 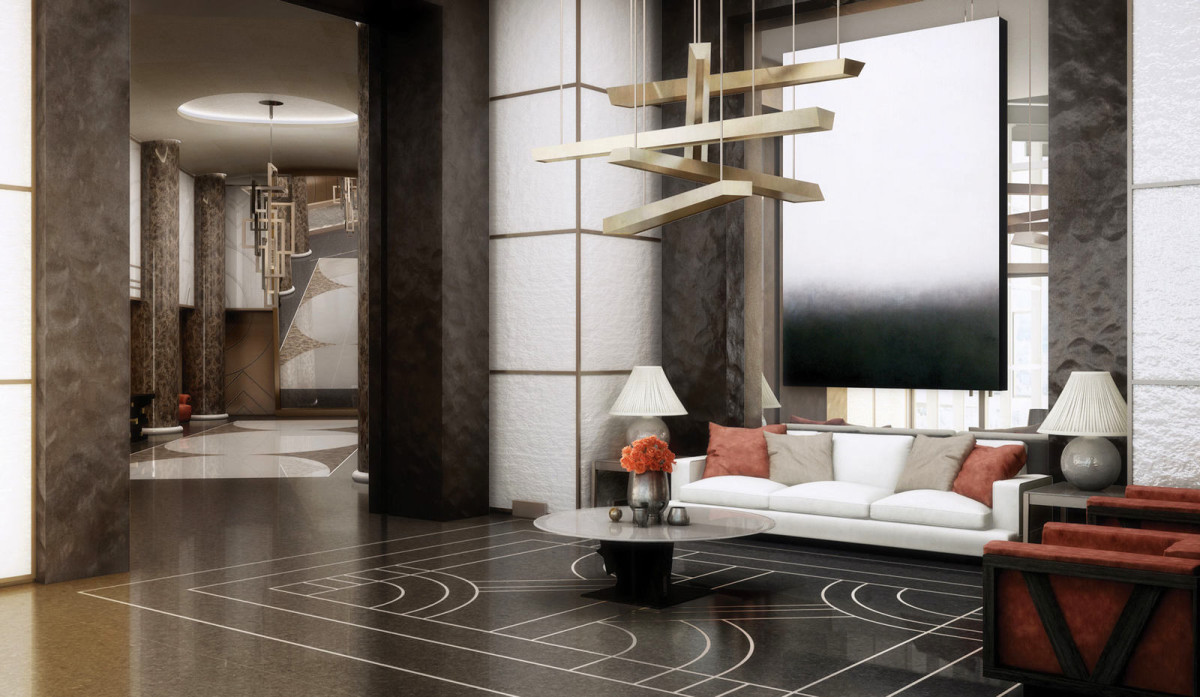 Ours are also on the level. The cost of one square meter of penthouse in the "Tower" Federation "will be about $ 30,000, and given the average area of ​​such apartments, you can predict the amount of 15-20 million dollars. By the way, this residential skyscraper is the highest in Europe, and its 95 floors will extend to 373.7 meters. Moscow - this is not Monaco for you, where the whole principality can be bypassed in half a day maximum, so the location here is worth its weight in gold. And when buying apartments in Moscow City, you get a first-class location and walking distance to the leading business district. And of course, do not forget about the unrivaled panorama from the penthouse windows, because there is not much of what kind of city can be better than the hurrying night Moscow from a bird's eye view. And would you give a tidy sum for the opportunity to live in the highest penthouse in Monaco, Europe or the west coast of the States? Or for you is this complete frenzy? 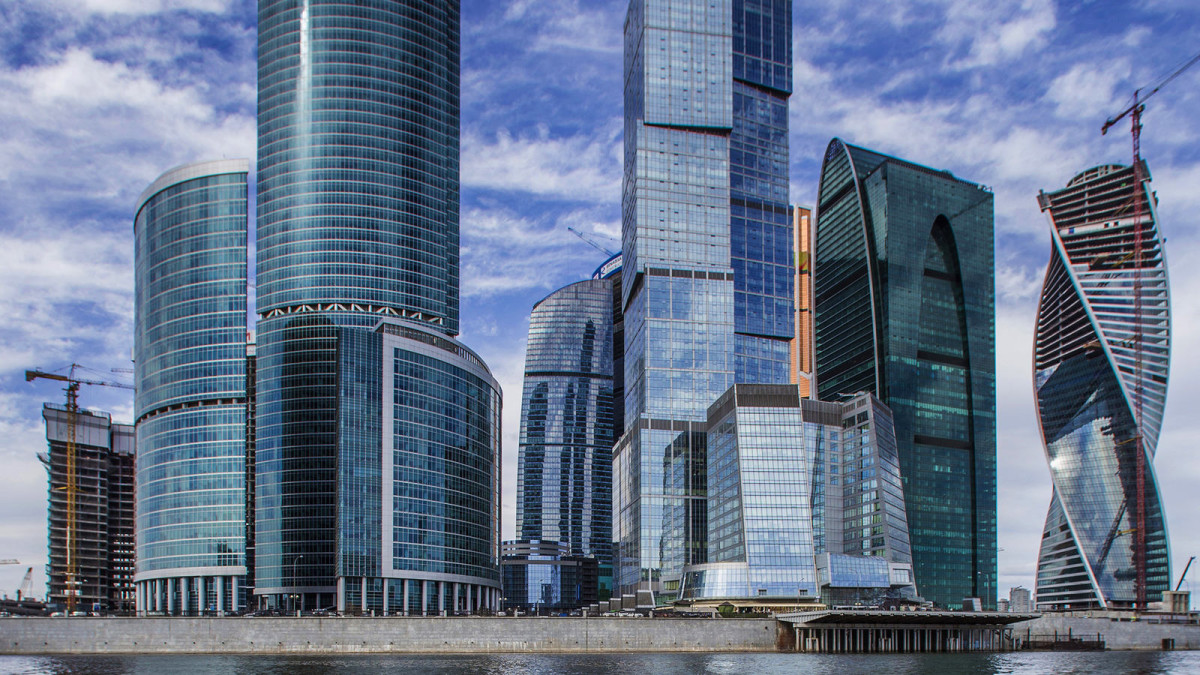 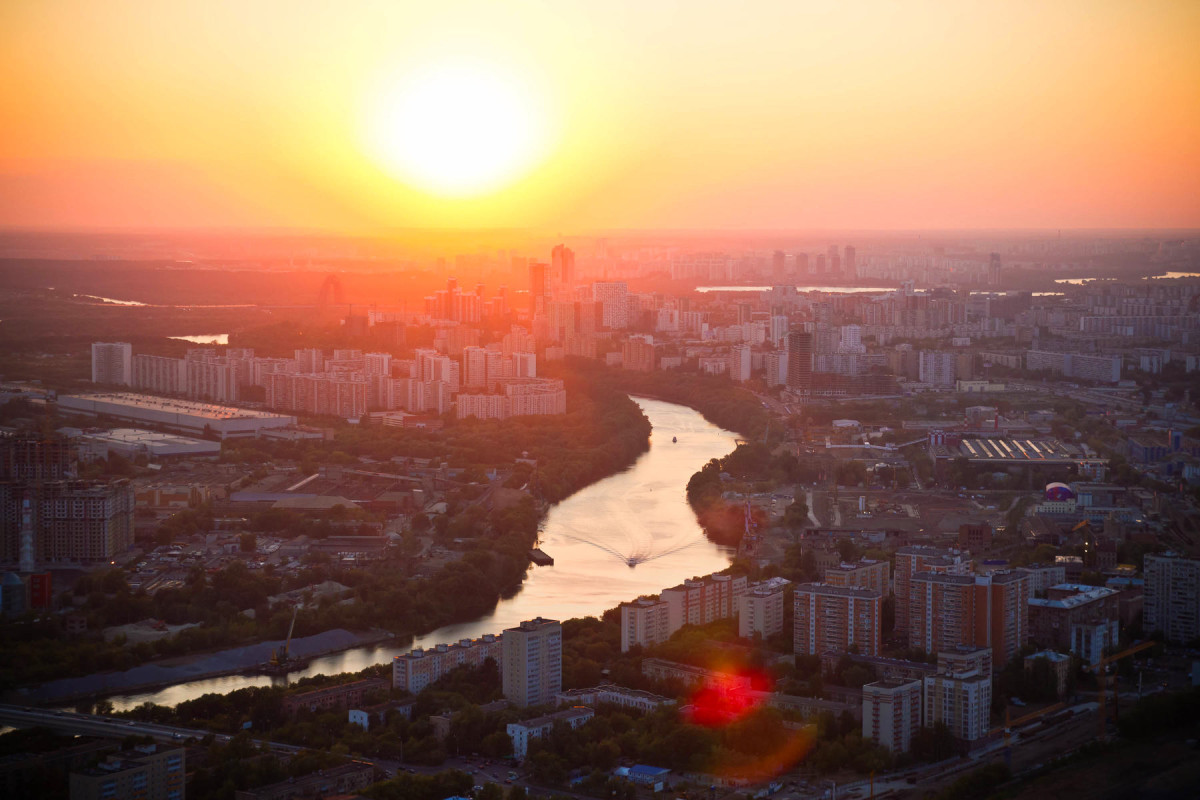 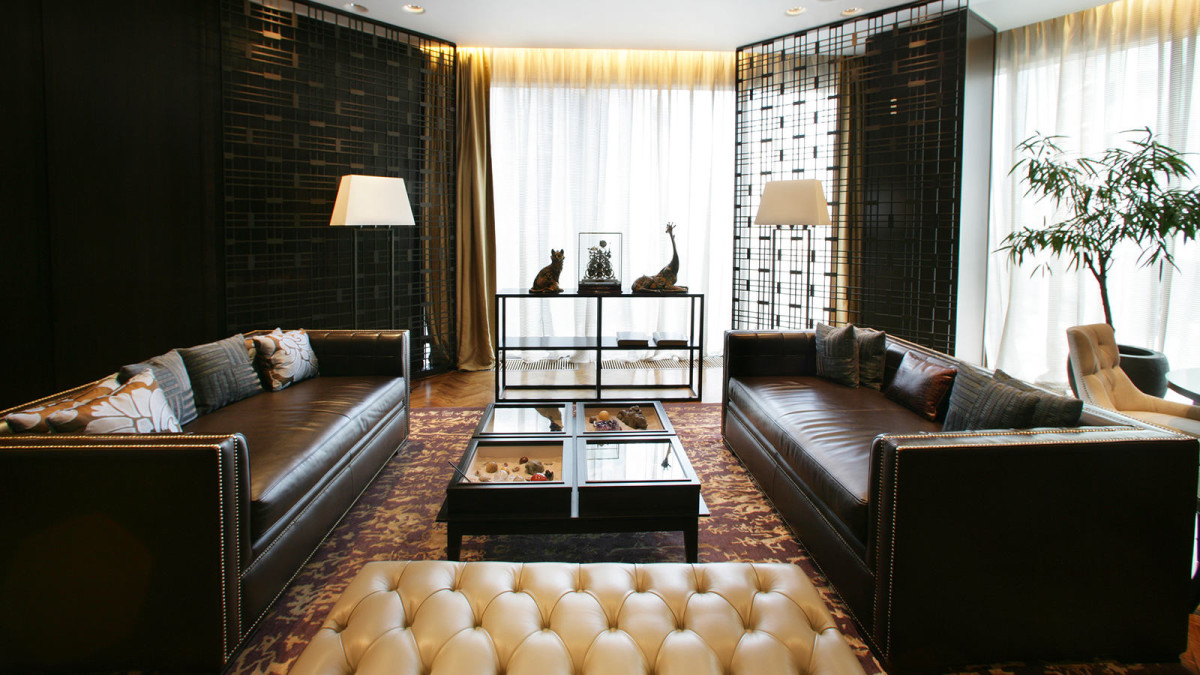 How basketball players live: a new apartment for Javeil McGee for $ 800,000

How to spend money on repairs with pleasure: French designer's loft