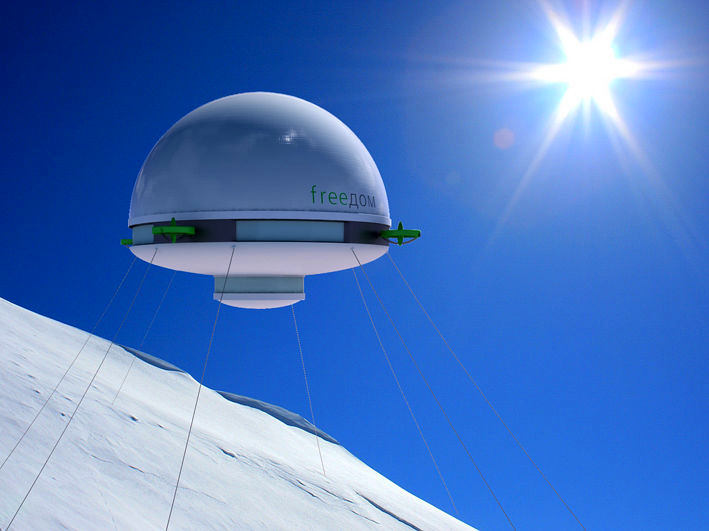 Freedom is a home that is not tied to a place andtime. It provides a unique opportunity for its owners to live in any city without spending money on rental housing. Or just go into the gap, when everything around is tired of Flying through the air like birds, people have always dreamed of, since the time of Leonardo da Vinci and the few others who tried to implement this idea (and in China in the 6th century AD it was generally a punishment - the offender was tied to kite and launched into the air). Centuries passed, and people did not give up this dream, until, finally, the first in the history of mankind "wooden birds", balloons, hang gliders, balloons, and then modern flying machines, which are already difficult to surprise any of their contemporaries, began to appear. Flights from city to city, from country to country are not new today. Another idea now captures the minds more and more forcefully. Life is in the air. Why not? Already today, the Artzona design and architecture studio, represented by Dmitry Ulitin and Anastasia Taratut, came up with and told us about the Freedom concept. Today this is only a visualization, but perhaps very soon it will become a reality. Dmitry Ulitin and Anastasia Taratuta The artzona.ru design studio was founded in 2006. He is engaged in interior and house design, the development of designer furniture and decor items, conceptual solutions and much, much more. We believe that the word "designer" should be understood to a lesser extent as a narrow specialist, and to a greater extent as a person capable of creating a complex complex whole from disparate phenomena.

Dmitry Ulitin So, about the flying house:"Freedom" combined the functions of a house, a summer residence, a yacht, an air vehicle. It can be located almost anywhere on the planet Earth - in the forest, in the sea, on the coast, in the mountains, in the city. Basically, his master is free, just by staying in his own home. Isn't that what we all dream about? 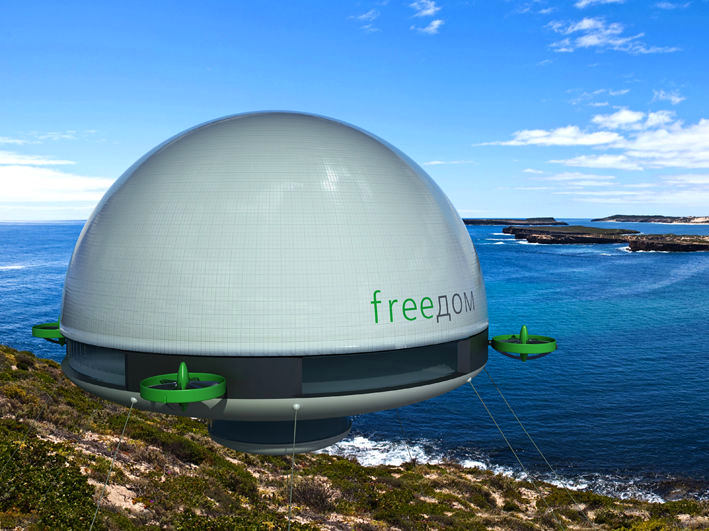 Why is the house hanging in the air?For men, for sure, this is understandable. And especially for women who do not have a technical education, we tell you: aerostatic air force is created due to a container with phlegmatized hydrogen, as well as the presence of a thermal volume and a vertical-horizontal screw thrust. The house is practically autonomous: wind generators, solar panels, a collection of water and condensate. Rotary propeller motors run on both gasoline and hydrogen, and in standby mode they are used as wind turbines. 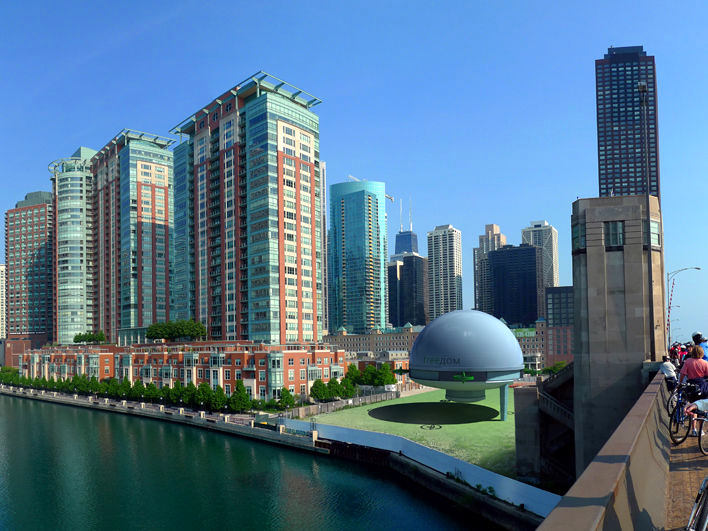 What if you suddenly want to set foot on the ground? For this, a vacuum telescopic lift (load capacity up to 300 kg) or loading hatch is used. Anchorage is possible, for which there are pneumatic harpoon anchors. Managed the house manually or automatically. "Freedom" is absolutely safe - with an emergency loss of hydrogen, it plans at a speed of 3 m / s. Materials and technologies used in the project exist in real time and can be used in the manufacture of a flying house.

To date, for the implementation of this projectit takes four years and about six million euros. By the way, this house could also be used as a scientific and technical station for expeditions, a tourist base, an aero yacht, a showroom. And in general, the way its owner wants. artzona.ru