We will show you a small apartment in Poland,Which looks much larger than its area. About how the designers managed to achieve this, you will learn from our article. And, of course, you can repeat these tricks in your apartment, they are simple. To dive into the atmosphere of the morning breeze, to enjoy the gentle haze of a sunset evening and to meet the mint freshness of the sea - three pleasures in one interior. And we could not refrain from his poetic chanting, using eloquent epithets, considering the photo of this apartment. Perhaps you will agree with us.

Sopot is a city where people come for the sake of the sea, goodAir and unusual sights. First of all, many architects, and just fans of the unusual, he is known for the structure "Curve House" (Krzywy Domek). Another bright sight of this resort city is the sea pier, which is considered to be the longest in Europe. Its length reaches 515.5 meters. It was he who served as the starting point in the creation of the interior, which fell today in our field of vision. The apartment in question is located just two hundred meters from this amazing place. Its area is only 42 square meters, and it's hard to believe, first glancing at the photo. It seems that it, at least, has 80 square meters of area. What is its secret? How, to whom and by what means did you create such an incredible visual effect? 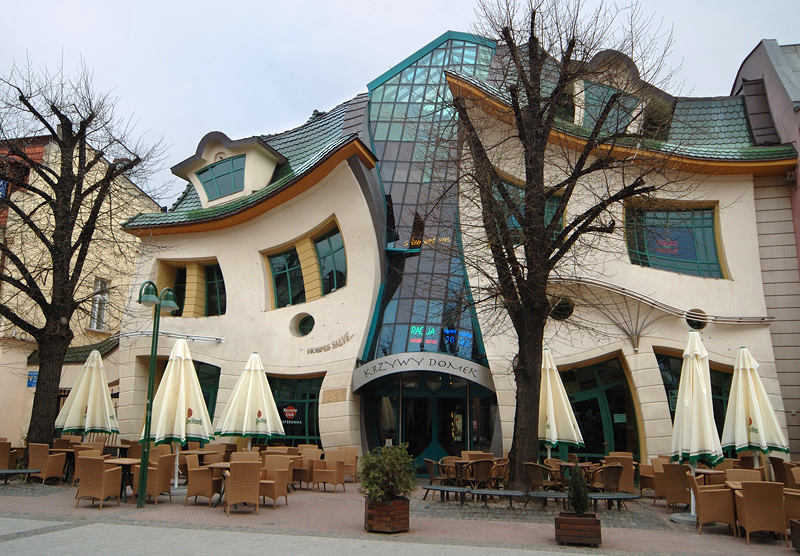 The atmosphere of a historical city in a modern interior

Once to the designer Lucina Kolodzeyskaya (LucynaKołodziejska) was addressed by a woman, not yet young, but endowed with charm and charisma. She is very keen on the history of her native city, she likes his old streets and architecture of the XIX century, when Sopot acquired the image of the resort city. But to purchase an apartment in a historically significant building the customer of this interior did not work. Having bought a house in a modern building, she realized that the desire to create in him the atmosphere of the old city did not leave her. That's why she came to Lucina. The interior was intended for renting to tourists coming to Sopot, so one more of the customer's main wishes was to create a relaxed atmosphere that would always have a rest, but would not be too dull. 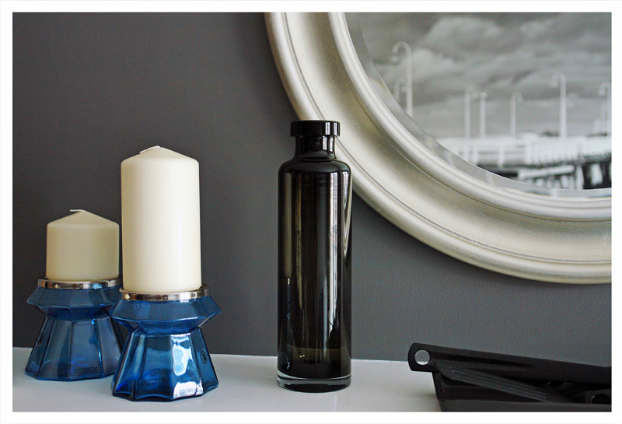 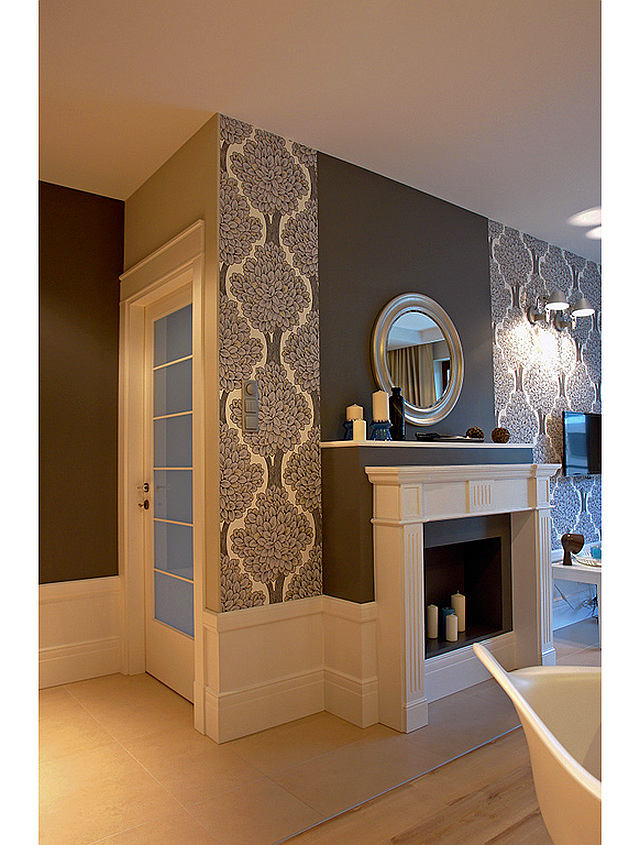 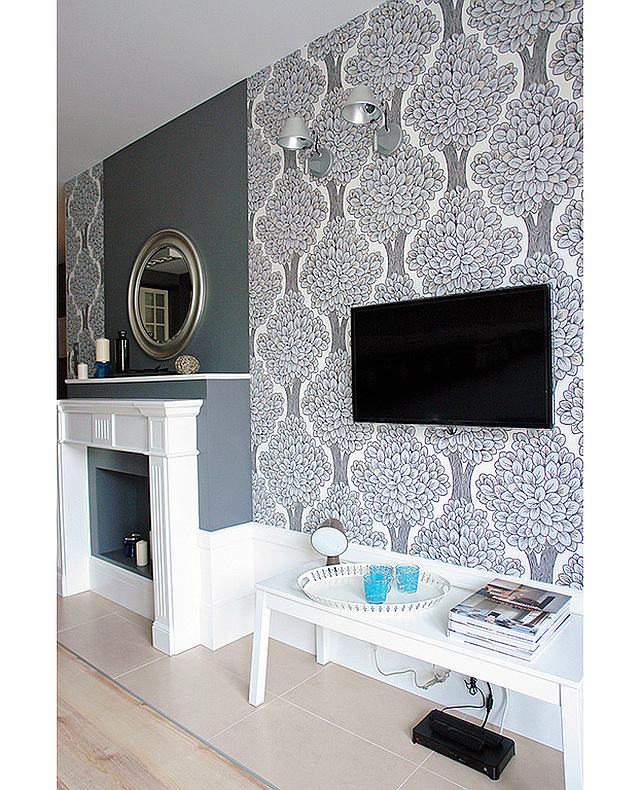 More than there really is

Lucien immediately came the idea - why not makeSpace more with the help of photopan? Reception is simple, but for some reason used by designers in practice infrequently. The basis was taken a photo of the most famous mole, made by a Portuguese photographer. So the prospect of the picture seems to be the continuation of a small living room. Monochrome here works to create a historical atmosphere, and bright inclusions of a refreshing turquoise hue, like sea spray, refresh the interior. Our opinion: - This interior is dominated by a gray color, and it is presented here in several variations. This allows you to clearly allocate all zones and identify accents. Gray behind the scenes is the most popular color among architects and designers. Why? Perhaps, because it is pleasant to work with him not only on large spaces. He is able to save even the most doomed interior, especially if it is skillfully beaten with light, as they did in this apartment. See how skillful use of a built-in false ceiling light can transform the interior. Even to increase it visually. It is airy and realistic looking photopanel, illuminated in the evening by the same illumination. This gives the interior even more desired atmosphere than in the daytime. 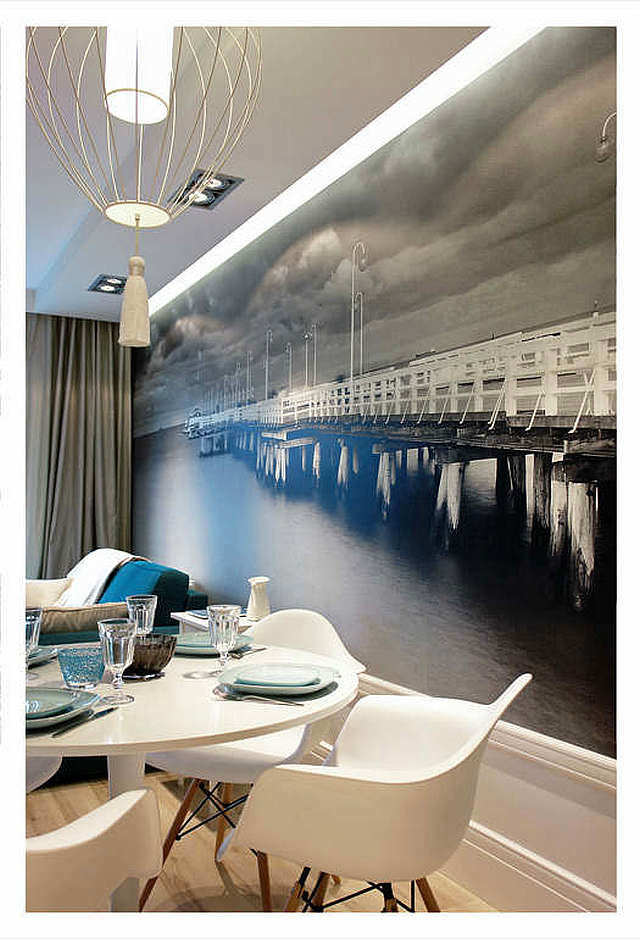 When you first glance at this interior,The kitchen is difficult to notice, because it is very harmoniously embedded in it. The facades of the lockers resemble the windows of old Polish houses and echo with the geometry of the photo. The lower cabinets have varnish dark gray facades, which reflect the light from the window, thereby visually pulling the room. And where is the sink? Approaching, we find it in a small niche, there are also upper and lower lockers. Interestingly, in this mini-kitchen it was possible to place a stove, a microwave, a dishwasher, a coffee maker and all the necessary cutlery. Bedroom: separately or together

From the fully studio space in thisInterior decided to leave, leaving an intimate bedroom area, isolated from the living room-kitchen-dining room. Since the apartment is designed for vacationers, there are two single beds, which, when combined, form a very comfortable double bed. Our opinion: - Another secret of this room - it has a roomy built-in wardrobe for storing things, but it's not even visible. It turns out that he is behind a curtain that is made of the same material as the curtain on the window. This creates a mirror effect, which looks quite interesting. 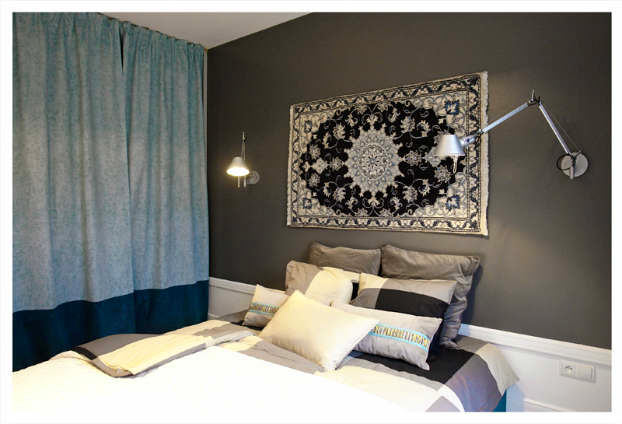 The bathroom can not boast of a largeArea, but thanks to the same gray color and a successful game of light, it, like the living room, began to seem bigger. Here also used photopan with a picture of the sea coast. The photo was made specially for this interior by Lucina herself. To enhance the effect and add light, the designer decorated one wall with a mirror, fixing on it two lamps, the position of which can be adjusted at will. On the floor decided to put a vintage Moroccan tile, as she is very loved by the hostess of the apartment and also perfectly continues the marine theme. Another nice bonus of this bathroom is the built-in radio, so here it will never be boring. You can even sing along! How to equip a small apartment without replanning and demolishing walls - etk-fashion.com

How to make a loft unlike others: an example from Moscow

How to equip an apartment with an attic: a bright and non-standard example from Paris - etk-fashion.com