Moscow was the first of five cities where the companyCelebrated the upcoming holidays and demonstrated unique novelties designed by Russian designers. Promemoria, a well-known manufacturer of luxury furniture, launched its New Year events on December 3, which began in Moscow and continued in four countries. The festive performance was characterized not only by the gathering of guests and representatives of the press, but also by the presentation of the results of the project "Bilou Bilou. Italy meets Russia ", which the company launched in the summer. 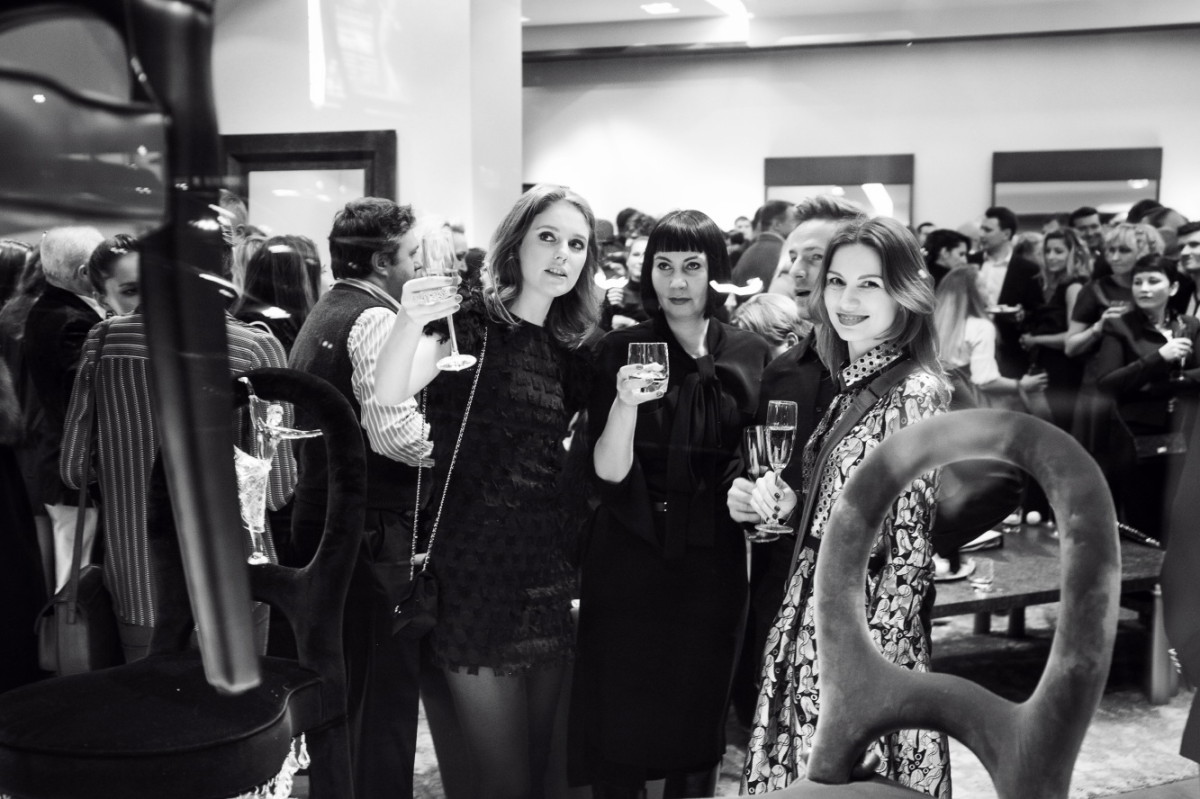 Efforts of Russian designers and decorators wereCreated concepts, and then the real embodiment of the famous chairs Bilou Bilou, presented in Moscow at the New Year event of the brand. The company selected seven finalists, all seven of which were decorated with the showroom of the showroom, and in February they will leave for the Fashion Week in Milan. Therefore, this day was especially honored by Alexander Glikman, Maxim Languev, Alexander Vertinskaya, Katerina Levallois, Dmitry Loginov, Maria Nevskaya and Tatiana Mironova. Davide Sozzi (Promemoria), Julia Onikul(Designer) and Robert Smith (Promemoria) The head of the Moscow showroom Promemoria Ekaterina Siver congratulated the winners, and the art director of the brand Romeo Sozzi and son David arrived at the event and wished the designers further success and fresh ideas. This evening, the atmosphere of the holiday was shared with them by many well-known architects, friends and partners, each of which received a part of the New Year mood of the eminent Italian company. Alexander Glickman (architect) with his wife

Repair for the New Year: you can catch it or not

Interior, in which you want to meet the old New Year

Decoration for the New Year: how to decorate the living room with your own hands

What to present to your home for the New Year: 10 creative gadgets with prices and addresses of stores