Get a French teacher educationlanguage, work as a guide-translator, gain vast experience in the exhibition business, and then engage in construction, finishing works and a complete set of turnkey objects. All this is on the account of our today's guest, who not only patented her own trademark, but also became a trendsetter in the construction of chalet-style houses in Russia. Meet: Irena Barene, interior designer, owner of the Irena Barene Workshop company. By her own admission, the first significant object for her was the restaurant of the Historical Museum in Moscow, where the first Otis elevators for serving food were installed. Today Irena Barene has 20 years of experience in interior design alone. Irena Barene, interior designer A native Muscovite with French roots, which she inherited from Madeleine's French grandmother. She worked in VAO Intourist as a guide-translator, assistant. Then in JSC "InterLatvia" as the head of the direction of organizing and holding exhibitions abroad. She studied in France and Germany. She studied at the School of Design by Nadezhda Lazareva. Today, in addition to design, he is engaged in the design of individual residential buildings. Irena was the first to introduce fashion for the construction of chalets in the Moscow region. barene.ru Favorite styles - the so-called traditional:classics, new classics with elements of Art Deco, chalets, Provencal, French chateau, Parisian chic, country French (French country), loft ... But due to the fact that I have been working in this area for a long time, the author's style has formed and clearly showed itself ... This is the peculiarity. In projects, I create a kind of mix, where elements of different directions are used, depending on the preferences of customers, in different dosages and proportions. Moreover, while undergoing testing, customers themselves sometimes do not realize that they like this or that style: they only share their feelings ... Completed projects - houses and apartments - radiate the warmth and comfort of a “living” interior, be it a chalet or a Parisian apartment in an elite quarter. I consider it aerobatics when creating an interior with heritage. 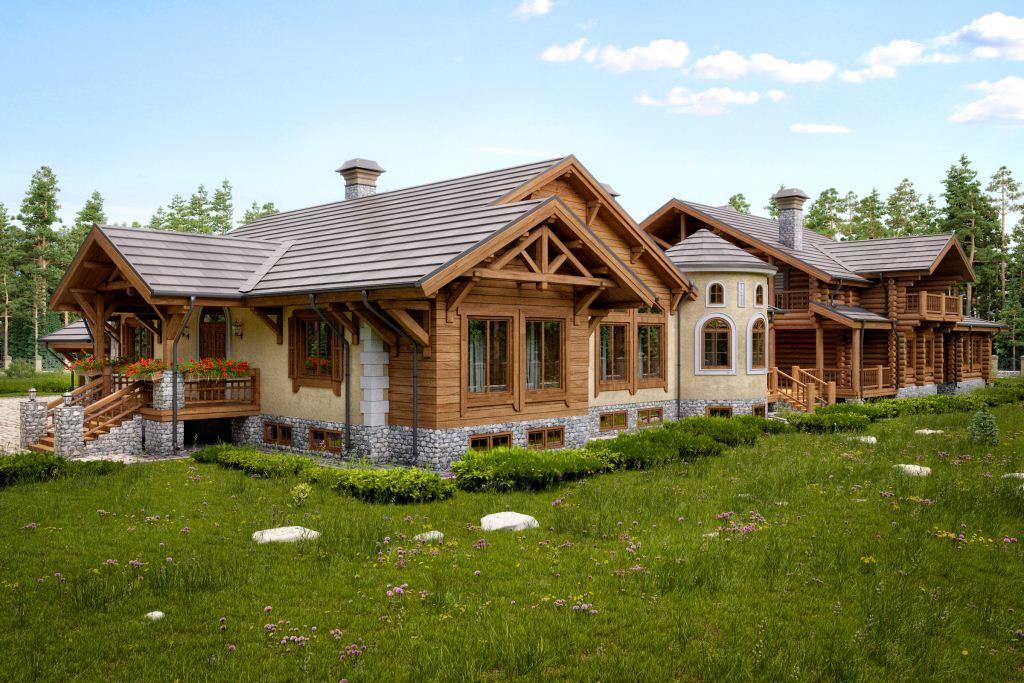 She is in a careful study of details when creatingproject. Feature - hand-drawn sketches, drawn by professional artists. In sketches, we show real interior items, which are then included in the specifications. Decoration, textile design, color concept element by element and the entire interior as a whole are worked out at the stage of creating a design project and drawn by artists in accordance with the author's project to the smallest detail. I don’t like the remake ... It's simple. The walls have been installed, plastered, painted, the floor has been laid - done! The furniture was delivered - you can live! Hence the presence of such a business in the field of interior design: everything is quick and cheap. In my opinion, design is love. Love for the profession, not for oneself in it. Love for art, music, history, painting, folk art ... Love for life in motion, including travel ... And, of course, knowledge. A superficial attitude to the profession is not enough to create an author's interior. To make an interior, you need to love it, how you need to love the owners in order to understand them. Only then can we talk about an individual project for a specific family. The cost of our work is from 150 euros in ruble equivalent per square meter. Depends on the complexity of the project. So, the style of the chateau is from 200 euros.

The one who is at work.

We work in Moscow and the Moscow region, as a whole across Russia, abroad: in France, Czechia, Austria, Bulgaria, Kazakhstan.

The most unusual case from practice

Creation of own carpentry production in order to be able to embody design projects by the way they were created.

The most difficult task that had to be solved

Construction of the village. We built 28 houses in chalet style at the same time. Was the project manager. Actually settled on a building site, in an administrative building. Projects of our workshop. It was very interesting to work. A good team of like-minded people. My mother was brought to my office to see me. 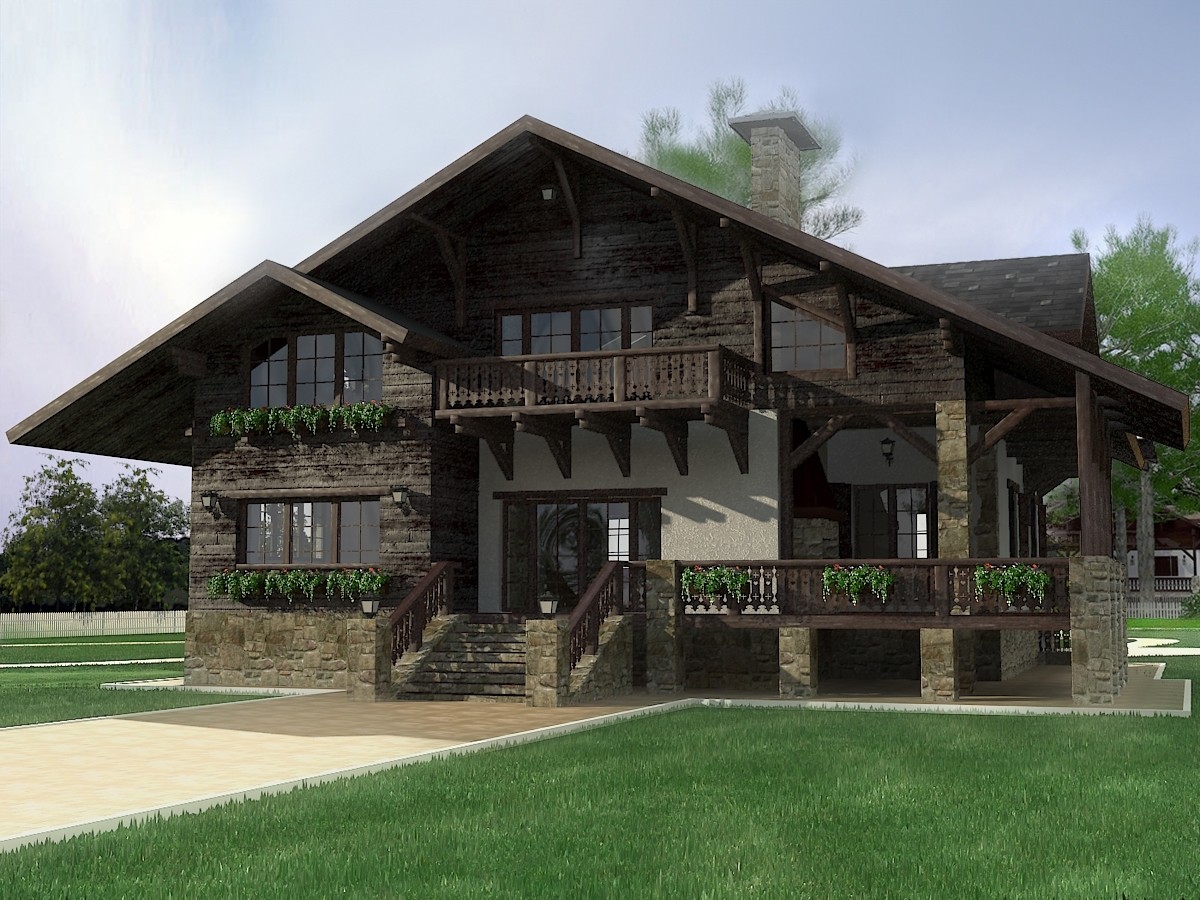 Chalet Madeleine. This is one of the most favorite projects of Irena Barene, created by individual order. Initially, the difficulty was that customers insisted on the predominance of white color. But the color of the French interior "white and white," which is so loved in Paris and Provence, is uncharacteristic for a chalet. However, the customers did not change their decision. Moreover, they still planned a bohemian salon in the oriental style. Irene was able to unite these distant from each otherStylistics in one interior. She found the most necessary shade of white - creamy, which created a warm aura in the house. A unique staircase, a billiard room, a wine room, a master's library, as well as cabinets, console tables, mirrors and a nostalgic lampshade in the kitchen give an inimitable home comfort to the house. A two-sided carved cornice and heavy silk curtains combine a grand living room with a fireplace and a TV zone in an oriental style. Chalet "Barenetta".It can rightfully be considered the most unique project. This is the home of Irena herself, where she strove to recreate the history of her kind. Everyone who visits it pays attention to the fact that the rooms are made in a different manner. When the hostess is asked how it was determined, she answers as follows: - My feelings. I wanted to create just such a house, where all the rooms look a little different. But despite this, they are all united by a common idea: the house is like a family nest. The purity of style is nowhere to be found and cannot be. But in each room there are elements of styles that, as the French say, "you can get married well with each other." Everything that can be seen in these interiors, in principle, I really like myself. 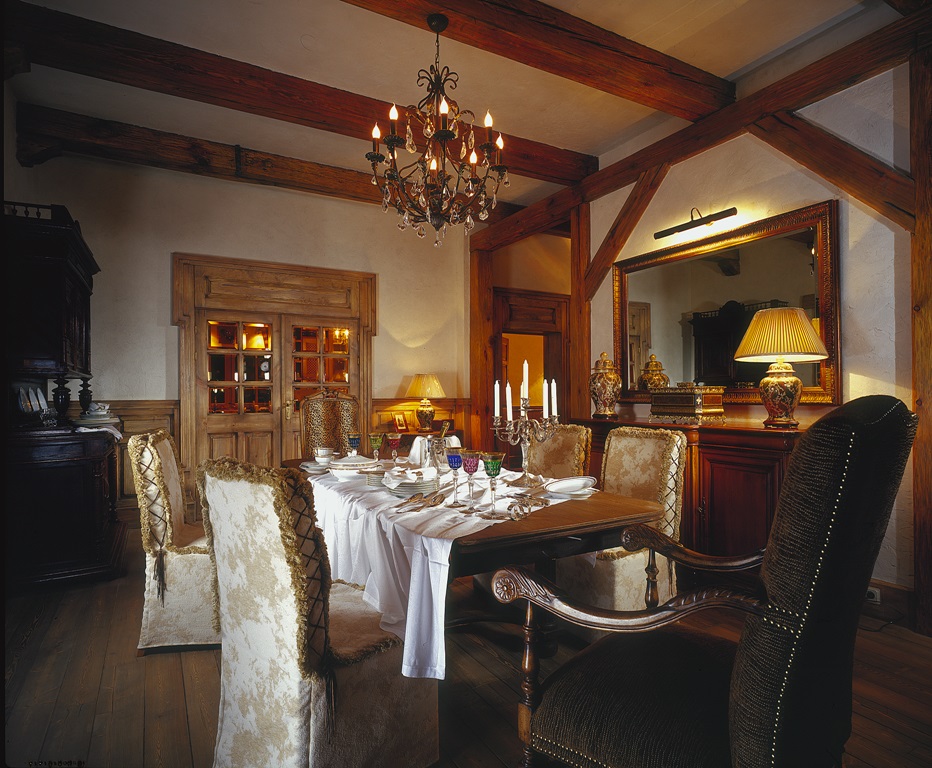 Chateau style apartment.One of the most interesting styles and, probably, beloved by designers, as it can incorporate elements of various artistic trends that reigned over a fairly long historical period. Here Gothic and Renaissance, classicism and baroque. It is this historical heritage that exudes from an apartment of 270 sq. m in the center of Moscow. Previously, Irena Barene had already designed a country chalet for the owners of this apartment, so she knew their tastes and preferences well. This time, the design idea was based on the owners' passion for France, who often visit this country and love it very much. A family nest with motives of old French estates - this is what the designer tried to implement. The château style manifests itself in its characteristicdetails: decorative wall decoration, arches, portals, cornices, swing doors. The carved decor is clearly visible on the facades of the cabinets, which creates a stylistic unity. All this splendor, like most of the furniture, was made according to the sketches of the author of the project - designer Irena Barene, in her own workshop. The layout of the apartment is interesting. The entrance area includes an entrance hall, a guest bathroom and a laundry room. Behind the entrance hall you are greeted by the main hall - the library. All other rooms are organized around the hallway. Behind the wide arched portal is a cozy living room, which is adjoined by a kitchen-dining room. The living room is a walk-through, you can get from itin the "male" and "female" half of the house. The first contains the head of the family's bedroom with a study area and a shower room. On the "female half" there is one more bedroom, a nursery, a large bathroom and two dressing rooms. Both "adult" bedrooms have a balcony. The ceremonial character of the interior reveals itself already in the hall, where a cozy reading corner with a table with a marble top is aptly placed. There are also antique-styled armchairs and a bronze lamp. In the living room the theme of light tones continues upholsterySofas and armchairs, window curtains, wallpaper on the walls - all this is made of damask silk, which gives the room elegance, ease and aristocracy. With light colors of these elements contrasts the chest of drawers and coffee table, made of dark wood with a large carving. The chest of drawers reflects the style of the Renaissance, and the coffee table - early baroque. In the kitchen-dining room draws attention nicheBehind a stove, lined with ceramics and decorated with copper kitchen utensils. Thus, the designer has beaten the theme of the home. "Workshop Grad-Style" made for this area the countertops of the working area and the kitchen island made of natural marble.

One of the main roles in the design of the entire apartmentwas assigned to textiles. It was the fabrics that created the right mood, revealed the character of the interior, adding a pronounced French accent to it. Any architectural studio or interior designer can visit. Email us 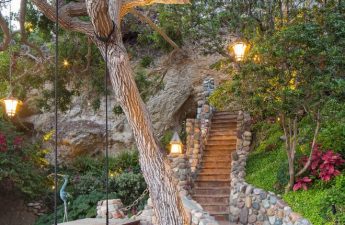