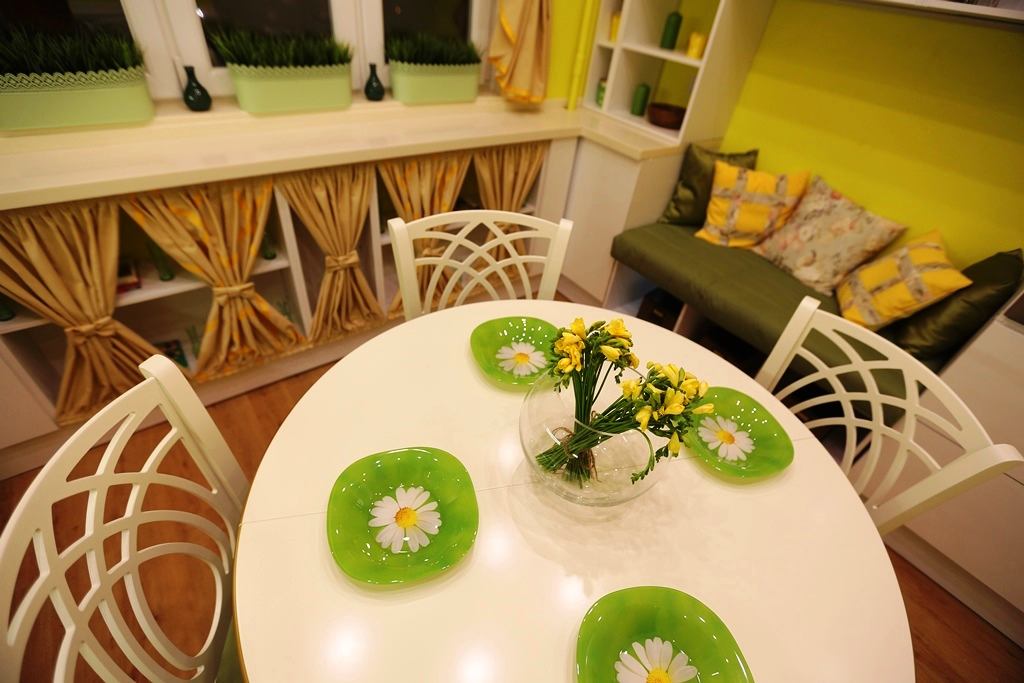 Today we will tell the story of kitchen renovationyoung married couple. You will be surprised to see the photos before and after the renovation. You will also find a lot of ideas for transforming your own kitchen. The heroes of the next issue of the TV project "Made with taste" on TNT are a young couple - Anya and Alexey. How to transform a kitchen on a tight schedule and with limited budgets, as well as a photo of the renovation in this article. Anya with her son Anya and Alexey have been married for several years, and their son is growing up. However, Anya almost did not appear in her own kitchen, having given all the housekeeping duties to her husband. And the point here is not at all a reluctance to cook, but that the 10-meter kitchen simply made Anya claustrophobic. The interior designer Irina Kuzina had to solve this difficult task, who immediately understood Anya's needs for space, freedom and the desire to bring lightness, freshness and air to a city apartment, so familiar to a young housewife, accustomed to life outside the city. Irina Kuzina, architect-designer Graduated from MGSU (former MISI), Faculty of Industrial and Civil Engineering and Moscow Architectural Institute. Practicing architect since 2004. Author of design projects for cafes, restaurants, offices, boutiques, nightclubs, private houses and apartments. Since 2007, founder and head of an architectural bureau. irinakuzina.ru Kitchen before renovation The main problem of the old kitchen was a huge amount of unnecessary things that did not have enough space, an inconvenient location of wall cabinets, and a small amount of light and air. 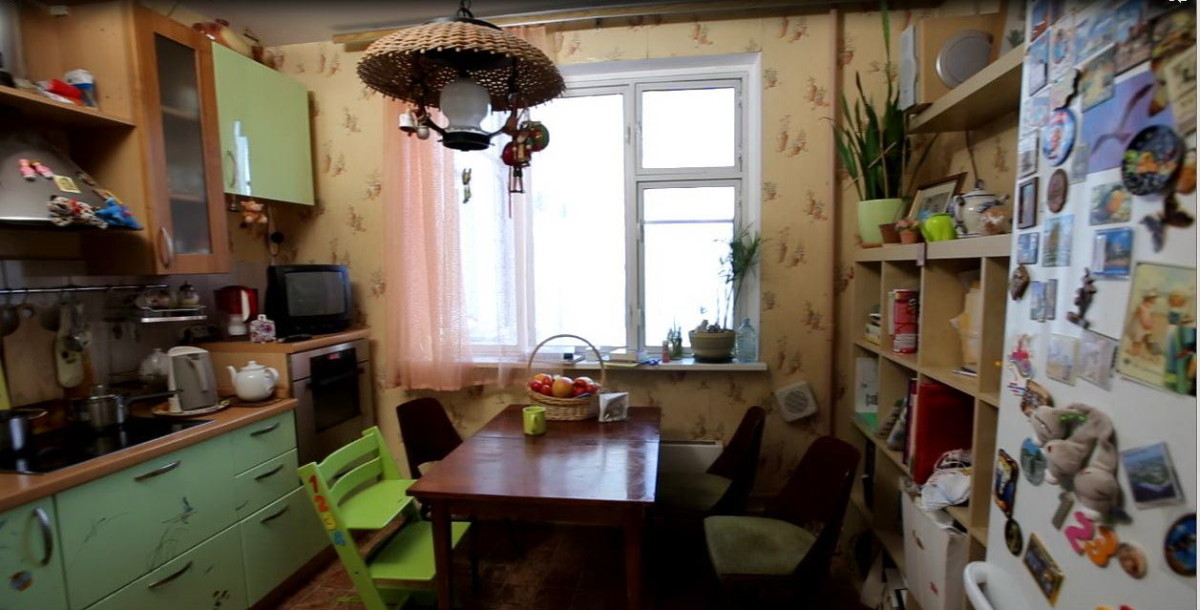 Kitchen after renovation Restoration of this kitchendesigner Irina Kuzina began by defining the desired atmosphere. She suggested taking the country style as a basis for the design project - light, rustic and playful. The color scheme was chosen in such a way that summer and warmth were always felt in the kitchen. The walls were covered with paintable wallpaper and painted lemon yellow. Now the sun always shines in Anya and Lyosha's kitchen! The height of the ceilings and the growth of the owner of the apartment did not allow hanging a pendant lamp in the kitchen, so a stretch ceiling with built-in lamps became the best solution. An interesting accent and the main stylistic element in the interior is a photo printing with a picture of a large chamomile on the ceiling.

Kitchen set in laconic whitecolors, and the furniture - a sofa and a bottle-holder - is made to order according to the designer's sketches. The kitchen countertop is artificial stone and the backsplash is tempered glass. The designer made the working surface twice as large, extending it to the windowsill. The fabric of the country-style curtains on the windows and cupboards is 90% cotton. The functional design of the kitchen is completed by a large, ivory-colored extendable table. "My kitchen after renovation, thanks to interesting interior details, has become the most comfortable, bright and sunny place in the house" - the customer enthusiastically thanked! In such a space, now the hostess always has inspiration and a desire to cook for her beloved husband! 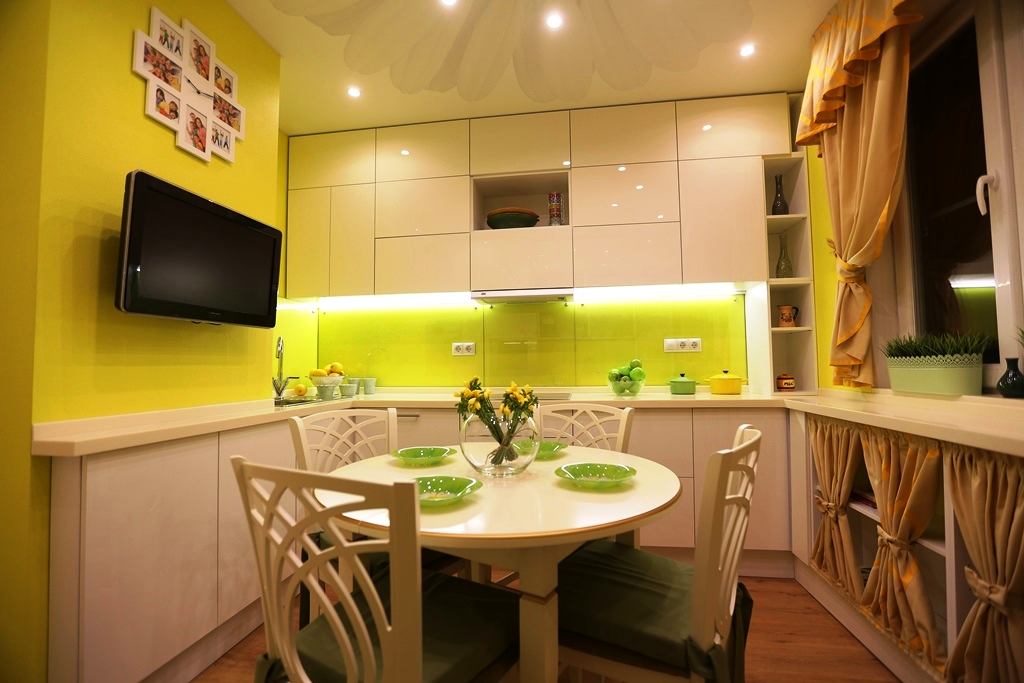