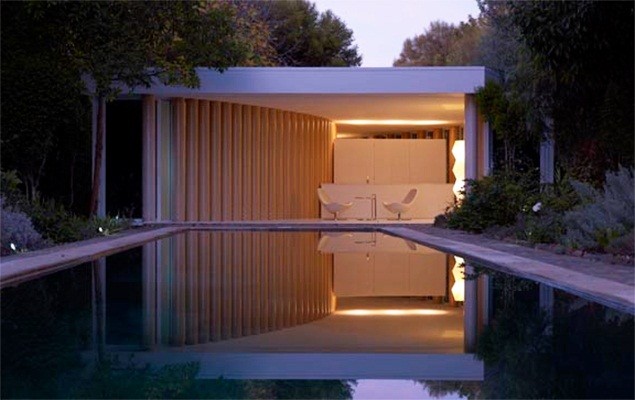 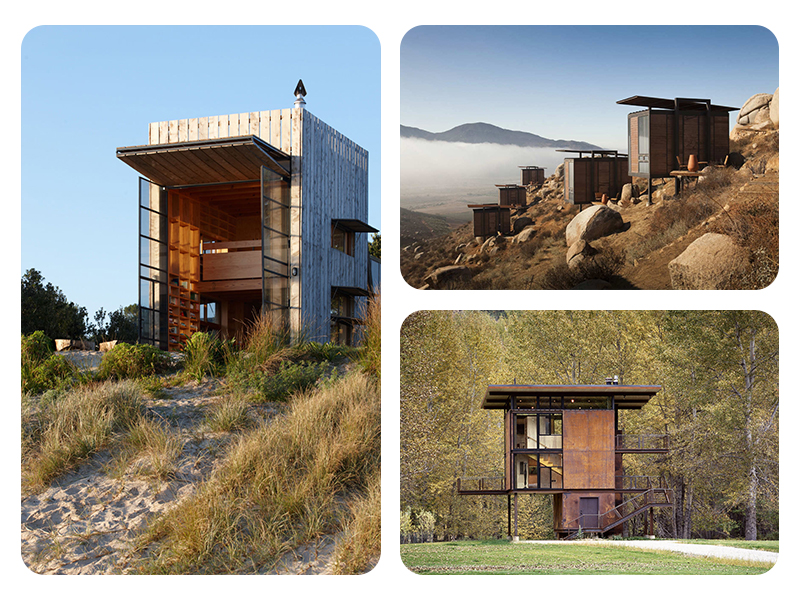 Small houses and other compact structures withAll over the world In the conditions of the instability of the global economy and the slowdown in construction, small houses are becoming a way of meeting the needs of people for their personal home, even if it is compact, but well-planned and organized. This need encourages designers and architects to develop large-scale projects, but remain within a certain format. The material for writing this article is taken from a recently published book by the well-known publisher Taschen. It's called Small: Architecture Now! and talks about a variety of architectural structures of compact dimensions: tea houses, huts, saunas, and even doll houses that set trends for small-format construction. Among them are the most luxurious and simplest highly eco-friendly objects, designed by celebrities like the Pritzker Prize winner Sigeru Ban and novice specialists. We would like to tell you about the most interesting buildings today.

Beetle’s House (The Beetle’s House) at the Victoria and Albert Museum in London, a project by Terunobu Fujimori

Designed specifically for the exhibition,held in the museum in 2010, the original structure on stilts is a modern version of a traditional Japanese tea house. Coal color, designed to cause associations with black tea, was used for the decoration of the facade and interior. Because of this, the house is perceived as a small, but very cozy refuge. Initially, Fujimori planned to create a suspended structure, but it turned out to be impossible to implement this idea within the exhibition, and then the architect decided to put it on piles. Located in the coastal erosion zone atCoromandel Peninsula, this hut is designed so that it can be moved. It is a wooden structure on special runners, which allow you to drag it across the beach and load it onto a barge. Its design, based on a combination of natural materials, is inspired by the beauty of the local nature and the primitive architecture of the coast guard towers. However, a small house lined with large-fruited cypress wood can accommodate a family of five. One of the fronts can be raised, and then it turns into a carport, and the interior actually merges with the landscape. Gracia Studio has designed the complexmini-hotels, subsequently erected on 99 hectares of land in Baja California. In addition, a private winery was built on its territory, designed to increase the attractiveness of the object in the eyes of tourists. The specialists were tasked with minimizing the impact on the environment, so they decided to put the houses on special platforms on piles. Facing of Corten steel allows buildings to fit perfectly into the semi-desert landscape and increases their resistance to weathering. Endémico Resguardo Silvestre is a luxurious interpretation of camping, providing complete immersion in the natural environment and satisfying all vital needs. 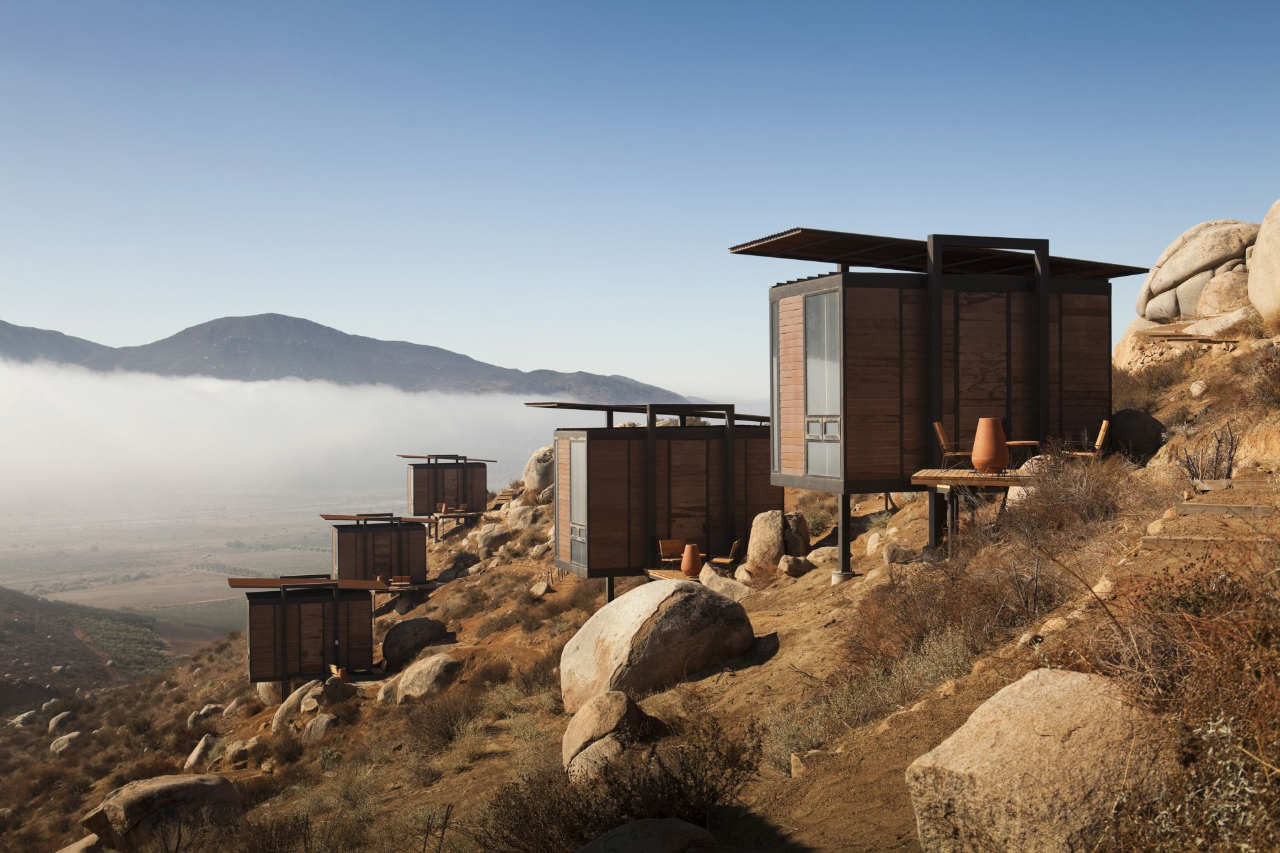 House with a hearth for children in Norway, the project Haugen / Zohar

With a modest budget, a designer from OsloMarit Justin Haugen and Israeli architect Dan Zohar designed and built this charming house in Trondheim from leftover materials from a nearby construction site. 80 overlapping pine wood circles are laid on a concrete base. Their diameter gradually decreases as they approach the top of the hut, which gives it the shape of an old hearth with a chimney. The curved sliding door allows you to cover the hearth that is inside. 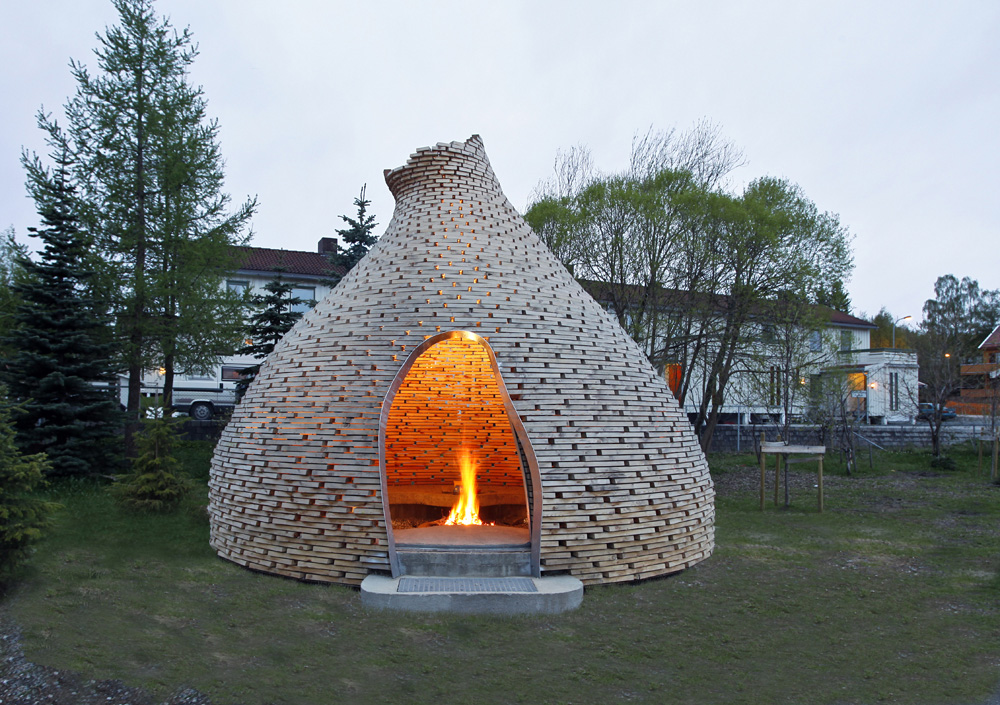 After 70% of the area of ​​the city of RikudentakataIt turned out to be in ruins as a result of the devastating earthquake that occurred in March 2011, the famous architect Toyo Ito invited three of his colleagues to work together to design Home-For-All with them. This house was supposed to be a place where its inhabitants could find peace and recharge their batteries to restore the city. Many local organizations have provided financial support for this plan, with the result that we have the opportunity to admire an unusual structure 10 meters high, whose spiral structure is formed by inclined platforms, effectively hanging over the ground. 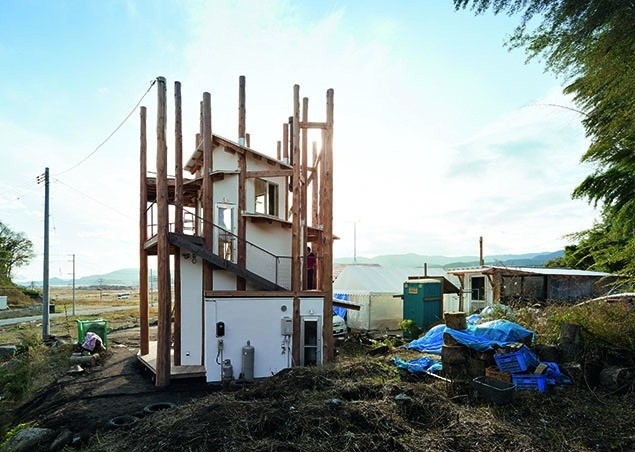 On a tiny triangular piece of land, clampedbetween the river and the road, an unusual house grew up that architect Kota Mizuishi designed especially for a young couple and their little daughter. The dining room and kitchen occupy most of the space on the ground floor, and the living room windows are on two sides, which emphasizes the original configuration of the object. The construction of the console level with a long overhang allowed, as they say, to squeeze the most out of the available area. There is also an attic with windows that open the panorama of the sky.

This hut, located on the Olympic peninsula,It stands on steel piles, which provides it with protection against flooding and flooding. The customer of the project wanted to get a house that is almost impossible to destroy. He lives on vacation, when he comes to the peninsula to go fishing, so reducing operating costs was another priority for him. A small bedroom is located above the kitchen and living room, from which there is access to a kind of observation deck. 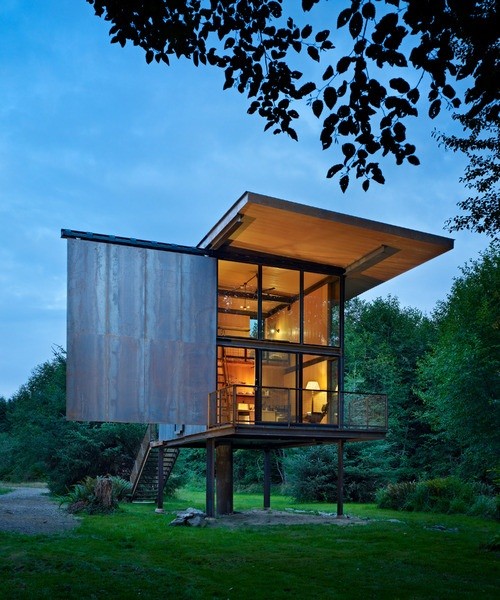 As well as Sol Duc, this hut locatedin the intercommunal territory of Mazama, put on steel piles, which gives its inhabitants the opportunity to more fully observe the surroundings. The massive shutters that protect the windows from the weather can be raised using a simple manual mechanism. Since the area where Delta is located is very far from the city infrastructure, architects had to deliver pre-assembled constructions here and build a house out of them. Rex specialists have designed thisminiature residence commissioned by the management of the fashion house Calvin Klein. She decorated the Christmas showcase of the flagship boutique brand located on Madison Avenue in New York. In the minimalist interior of the house were presented models from the current Calvin Klein collection. Rex specialists took as a basis the image of “Calvin Klein woman”, a typical inhabitant of a megacity, and created a playful miniature of the residence in a minimalist style. 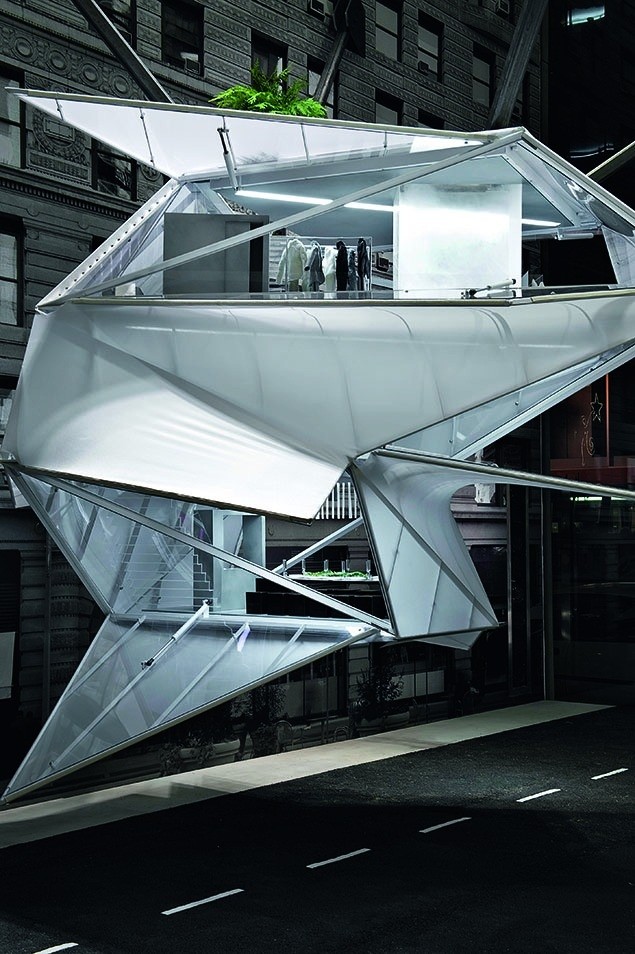 As part of the same exhibition at the Museum of Victoria andAlberta, Rintala Eggertsson specialists built a temporary structure in the form of a wooden tower. The location of the object was one of the staircases of the London institution. Conceived as a “transition from the physical space of the museum to an imaginary literary space”, the tower is a huge shelving filled with hundreds of old books. At the same time, all publications are arranged in such a way that only their sections are visible from the outside. The interior is a vibrant collage made up of book stubs. "To find out the content of the book, you need to enter the tower" - approximately this meaning was laid in the installation by its creators. 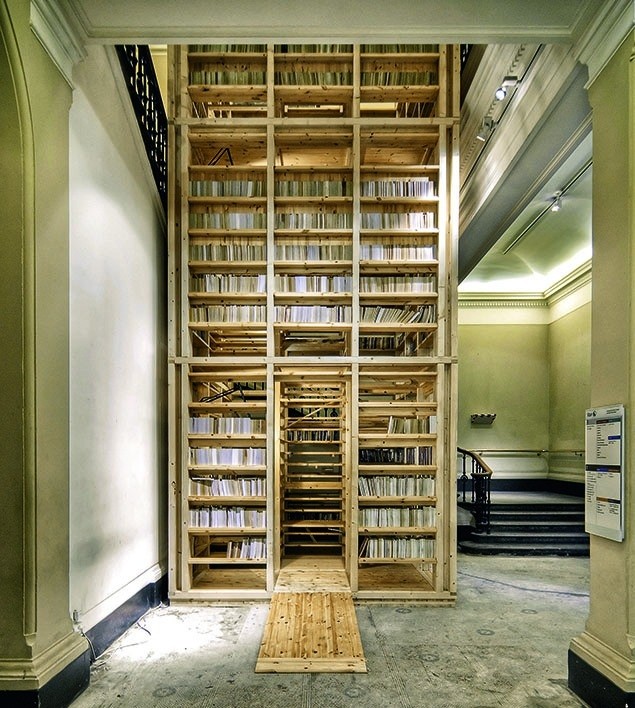 By order of the brand Nescafé dynamicthe building called the Portal of Consciousness ascended over one of the main streets of Mexico City - Paseo de la Reforma. A group of artists, led by chief designer Rojkind Arquitectos, has fastened 1,500 steel steins on a reinforcing mesh, which both ends lean on flower beds with climbing plants. The already dynamic design seems flexible and mobile due to the presence of subtle gradients of color - from dark red-brown to fiery-orange. 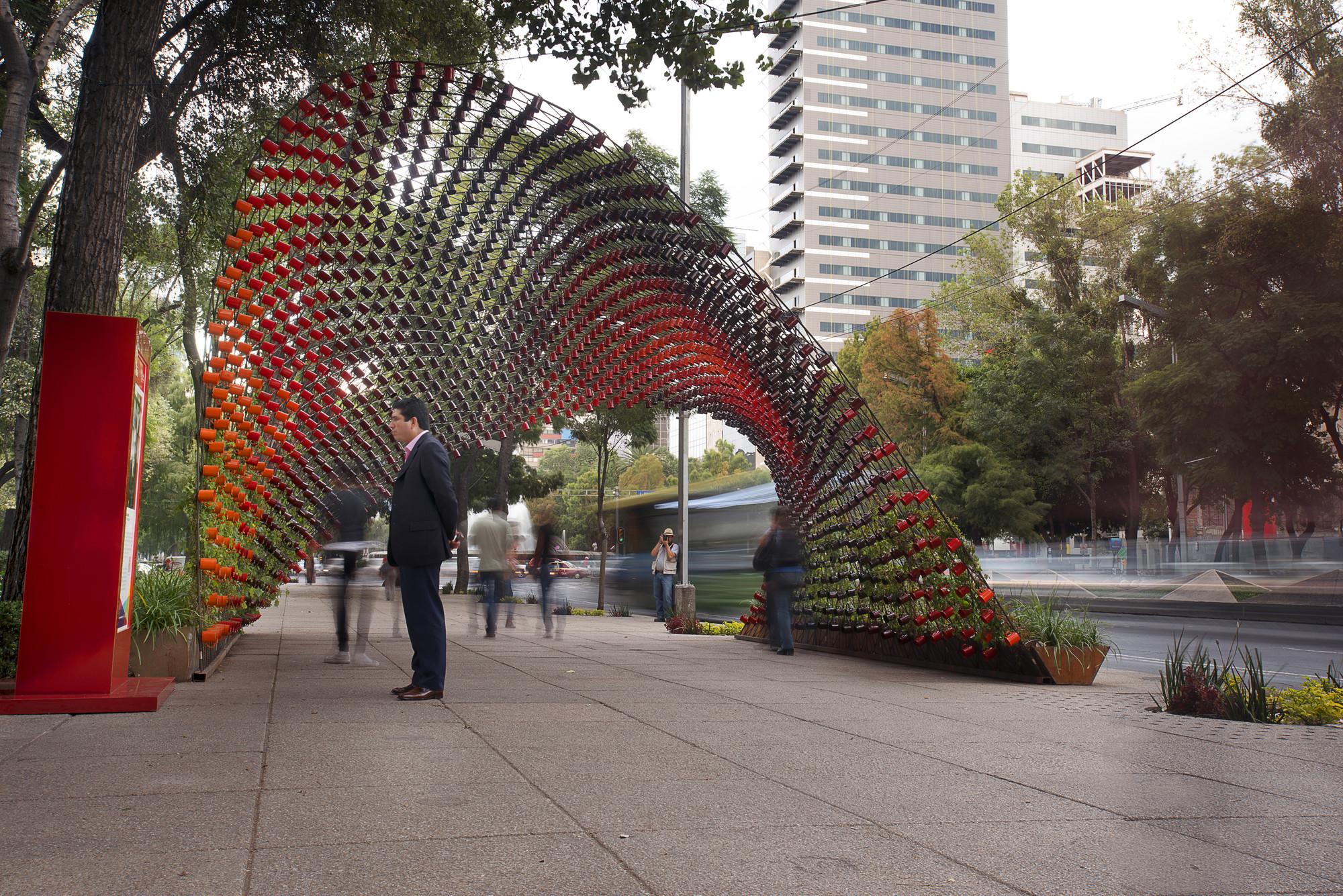 These two small structures located inForest near Lake Michigan, are part of a fairly impressive home ownership, the project of which was developed by experts from Salmela Architecture. The pergola consists of three wooden frames and flat trusses lined with black paper-laminated plastic. Much more restrained is the simple structure of the sauna, which is a white cube with a green roof, which allows it to merge with the forest landscape. 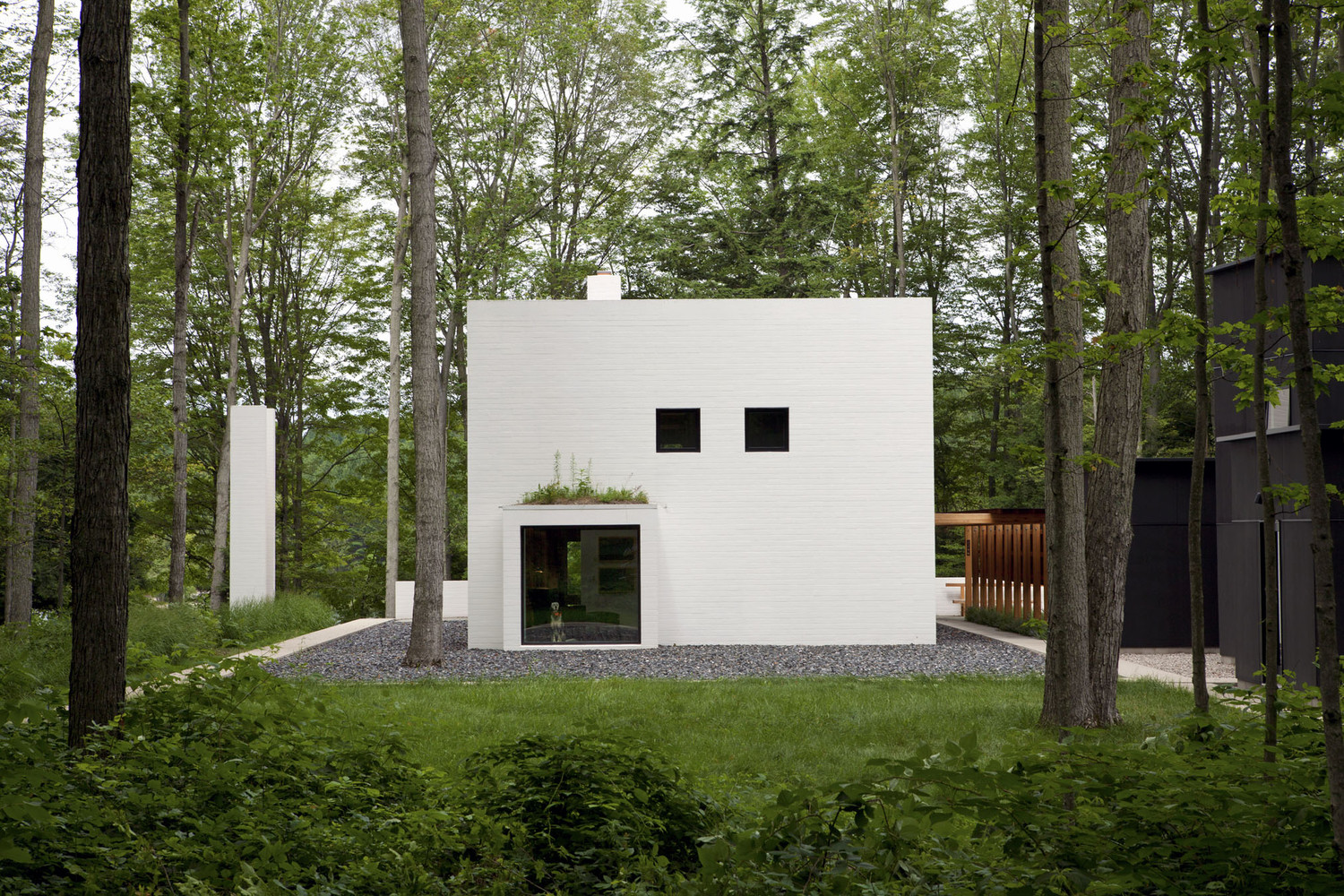 The original Pillar House model wasdesigned and manufactured specifically for the competition, which conducted the Tokyo City Art Museum. As the winner of the contest, Suzuko Yamada won the right to build her full-scale version. Place of construction was the park Ueno. 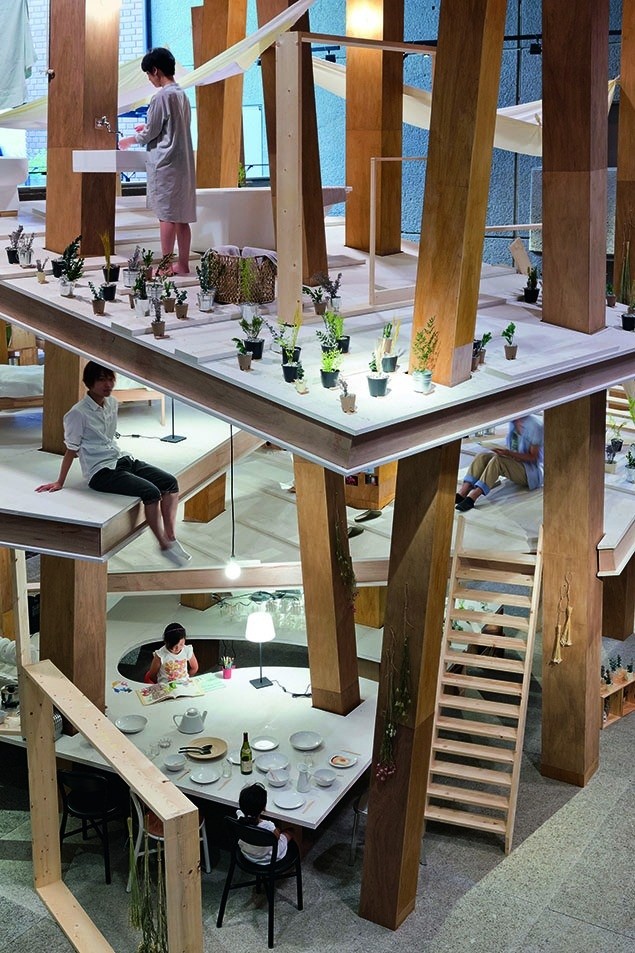 Built on a cliff above the ocean, this residenceis the property of a wealthy collector of paintings and rare plants. The masterpiece of the Pritzker laureate Sigeru Bana is also an installation and a pavilion for exhibitions and buffets. In structural terms, this structure is a copy of another project of the Bana - Paper House, created by him in 1995. Wooden formwork, cardboard tubes and steel screws form its foundation - a sturdy construction capable of withstanding both lateral and vertical loads. During the construction of the pavilion, it was possible to avoid cutting down trees due to the fact that it is narrowed in the direction from the facade to the far part.

Of course, not every one of these objectsadapted for people to live in it, even from time to time. But they can all be sources of inspiration for designers who decide to design compact houses. What structure impressed you more than others? Write about it in the comments. 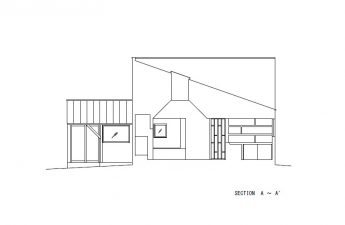 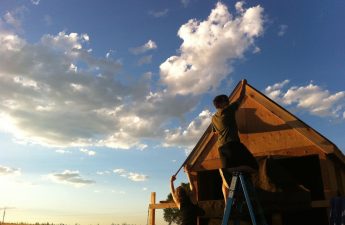