Frame construction gives the widest range for realization of the most unexpected and bold ideas. This house can not be called breakthrough with its class, but you will probably take a few ideas into the piggy bank

Frame houses have now gained fame almostglobal scale. This technology makes it possible to erect ready-made buildings for, easily mount technological upgrades of the most modern sense, embed huge windows and, most surprisingly, the cost of this entire enterprise is quite acceptable. 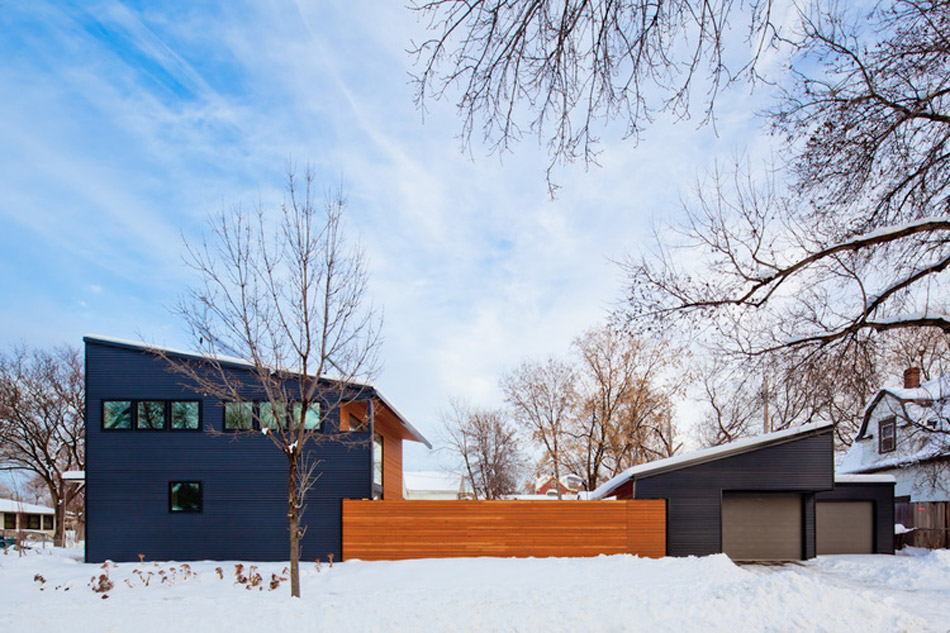 Editorial opinion:“For this particular home, Revelations Architects / Builders opted for a mid-priced finish, with larch-like wood planks inside and out. It is quite easy to imagine a more expensive finish: from the outside, the house is upholstered with a board of exotic species of trees. And inside - plywood, then drywall and then wallpaper. At the same time, the frame technology is actually good in that the finishing can be significantly reduced in price: outside it is painted moisture-resistant OSB panels, and inside it is painted or only varnished plywood.

This house in Minnesota was built exactly on a frametechnology and perfectly demonstrates all its benefits. The first thing that catches your eye is simple, but modern architecture - today such forms can be seen in almost any more or less developed corner of the world. Huge windows two stories high are quite common. However, there is a nuance: each window opening must be included in the project in advance, so that the load on the supporting structure can be correctly calculated. 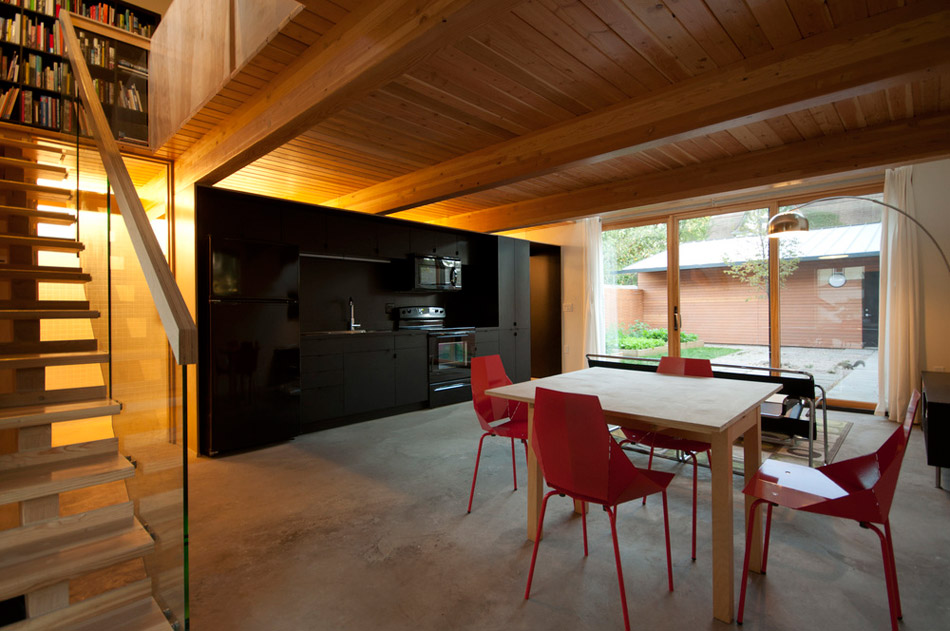 as the main finishing material is used not only in the interior, but also in external decoration, with one exception: the facade is lined with painted boards.