The history of this summer kitchen is not quite common. Firstly, it adjoins the house built in the XVIII century, and secondly, completely made of glass. And most importantly, in our opinion, it will look great on your dacha

Sometimes to save something very old,it is necessary to invent something completely new. It was to this conclusion that Alex Saint came from Kitchen Architecture when he was commissioned to design a summer kitchen in front of a house with a three-century history. 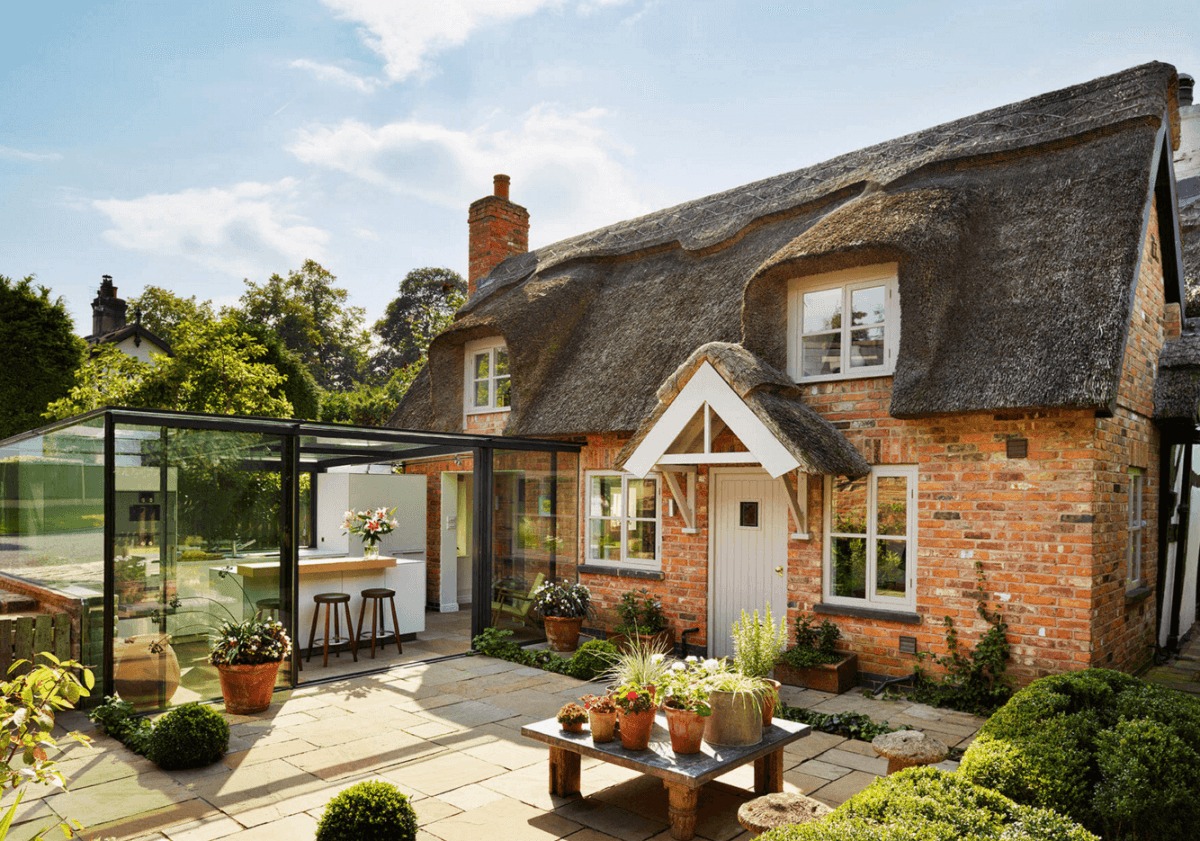 The task was not easy: the house in Cheshire, which in England, could not be touched, it was painful for the owners to appreciate the traditional architecture of their estate. The desire to try to create something similar to the structure of the XVIII century the architect did not arise. Quite the contrary, Alex Saint decided to go from the opposite and build a summer kitchen that would attract a minimum of attention, while being as comfortable and functional as possible. So the architect came up with the idea of ​​a glass cube. In this fully visible volume was inscribed a minimalist white kitchen with frosted facades. The flooring here completely corresponds to the stone used for finishing the terrace. The kitchen in the house itself is converted into a hall leading through a wide arch to a new light space, assembled from a double-pane glass. In summer, wide sliding doors allow you to connect an already open space with a terrace and erase the conditional boundaries between architecture and the environment.