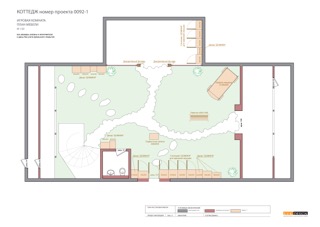 How to make a game room such that itI liked both the little girl and the boy-schoolboy? Today, designer Ekaterina Kokoulina will tell you how to turn an attic into an amazing playing space for children. Imagine a small European town with a park in which children could play. A stone paved road, neat green lawn, fruit trees and a lake on the other shore. Today Ekaterina Kokoulina will tell etk-fashion.com readers how she managed to translate the children's fantasy into life. Ekaterina Kokoulina A graduate of the NarkhI (Novosibirsk Architectural Institute), she studied at the Faculty of Interior Design. In 1998 she joined the Union of Designers of Russia. He has been creating private and public interiors for more than 20 years and believes that there are no ideal projects: the space should be a bit wrong, this is all the interest. To date, Catherine is a creative director in the architectural and design bureau of R.V.K. DESIGN. www.rvkdesign.ru To give depth and volume to the picture with the lakeprinting with stereo-vario technology was used: with the help of special techniques, the image was first applied to paper, then to a large plastic lens. Thanks to this technology in the "park" immediately appeared and tracks, bench and swings. And for the girl, we made a house in which there is a kitchen and a living room. 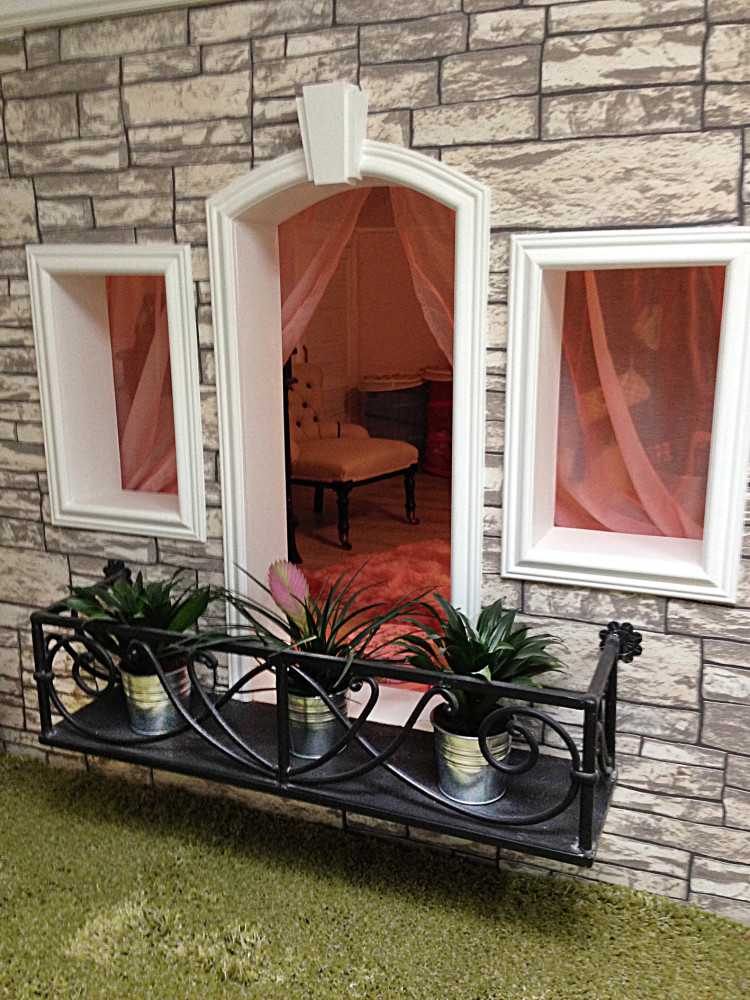 Large differences in the height of the roof strongly affectedon the layout. The central part of the room was left as free as possible, and the space along the walls (where the ceiling height was only 1,200-1,300 mm) was taken under the houses. Thus, visibility is created that in the area of ​​the walls the ceiling is higher. And about managed to even allocate a place for a children's bathroom. 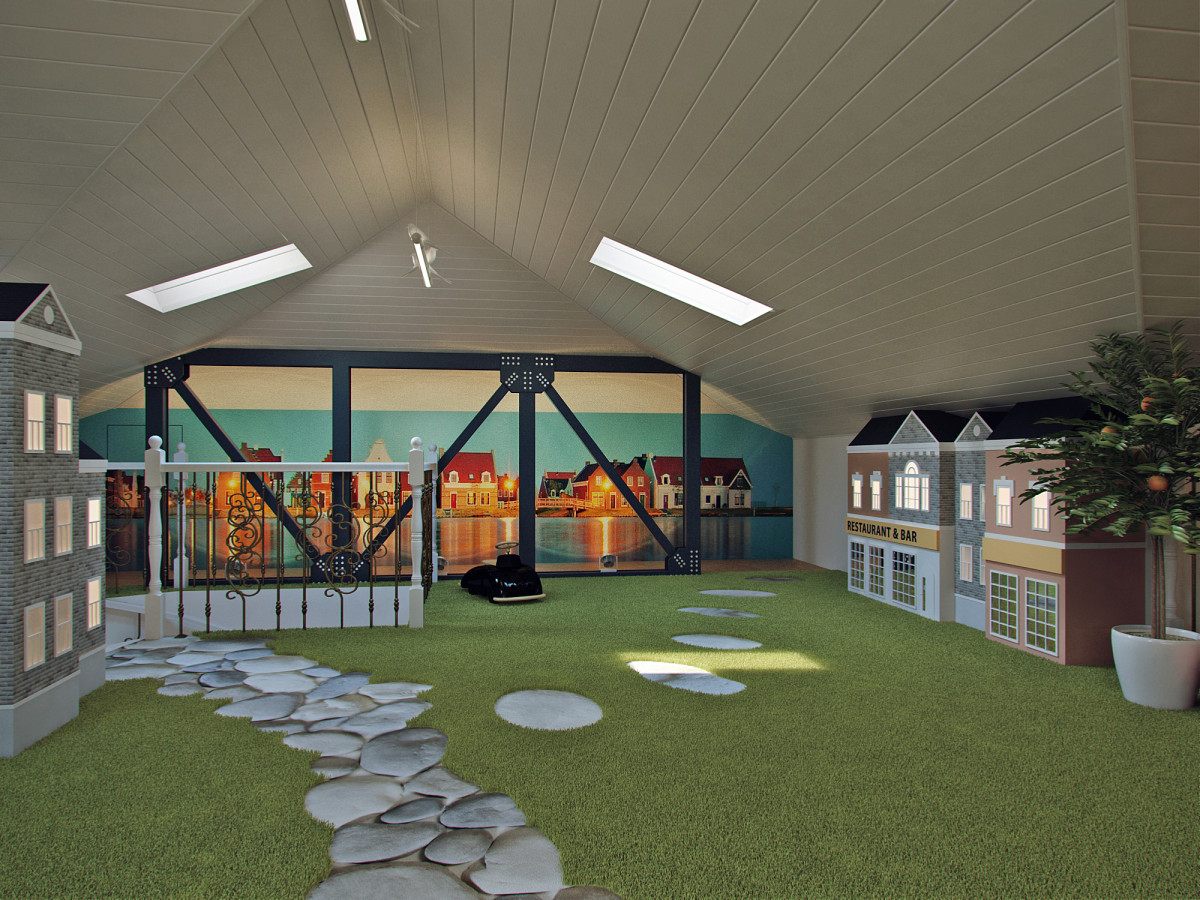 Since children's toys are usually very bright,game rooms they become color accents. In order not to dazzle in the eyes, we used as the primary colors green and shades of gray and beige. Also, to give contrast and graphics to the interior, the "bridge across the lake" and the roofs of the houses are painted black. 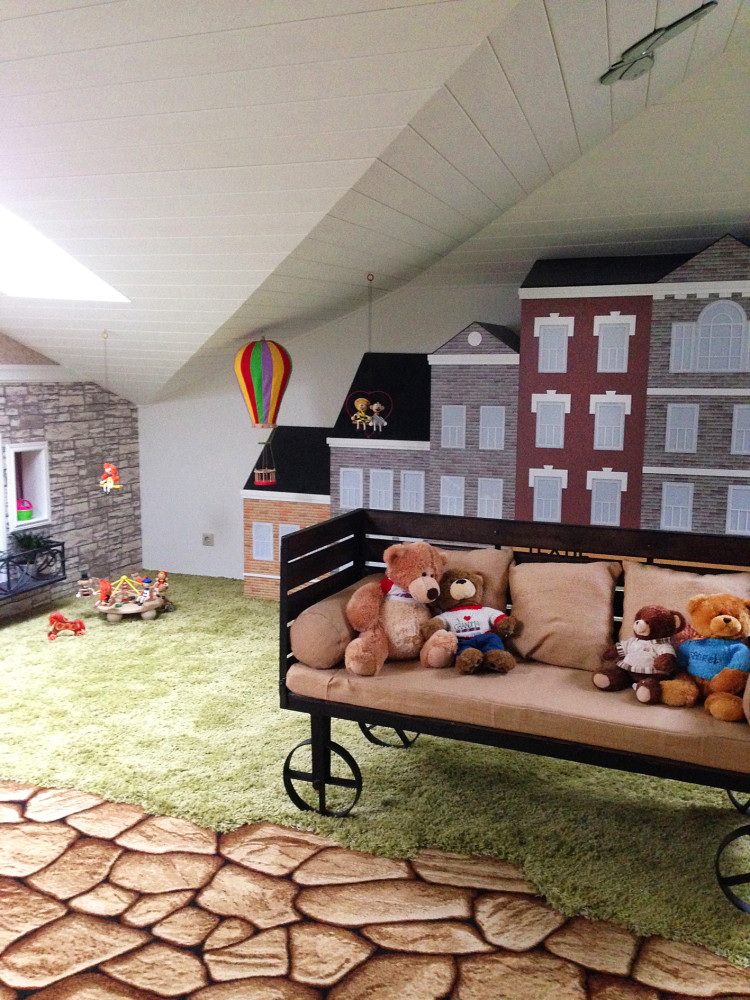 All around the perimeter of the walls were made to order at the furniture factory. A hull and details of the facades were ordered to the company engaged in the production of advertising structures. 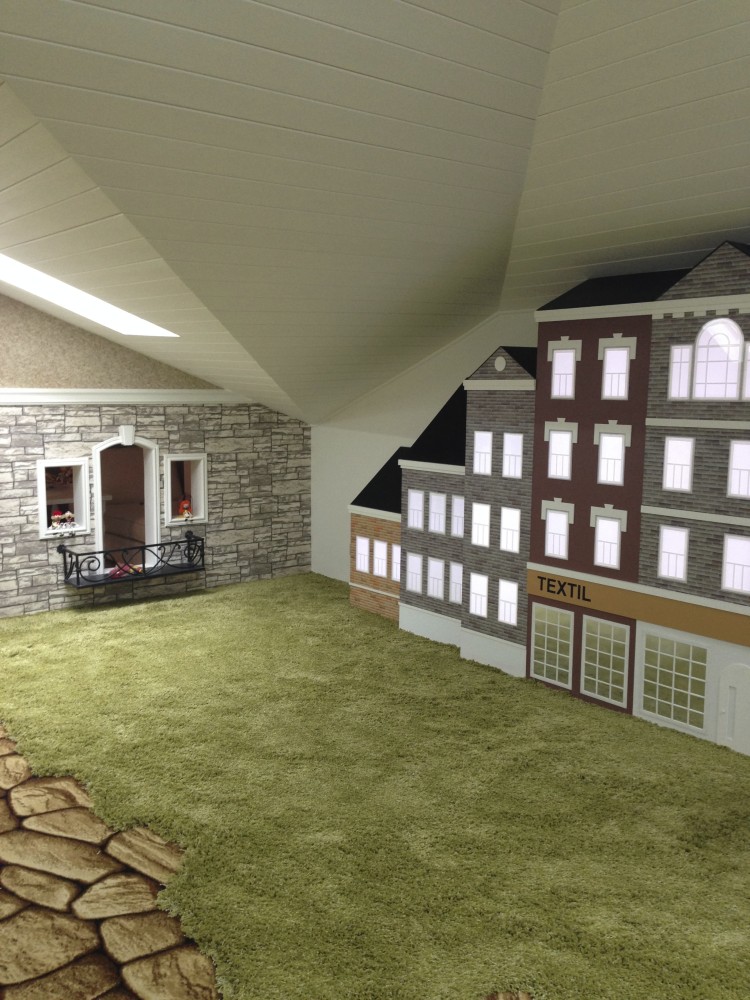 On the floor we put a carpet with a long pile, imitating the grass. And in place of the tracks "grass" was removed and pasted a cover with a short nap - to create stone paths. 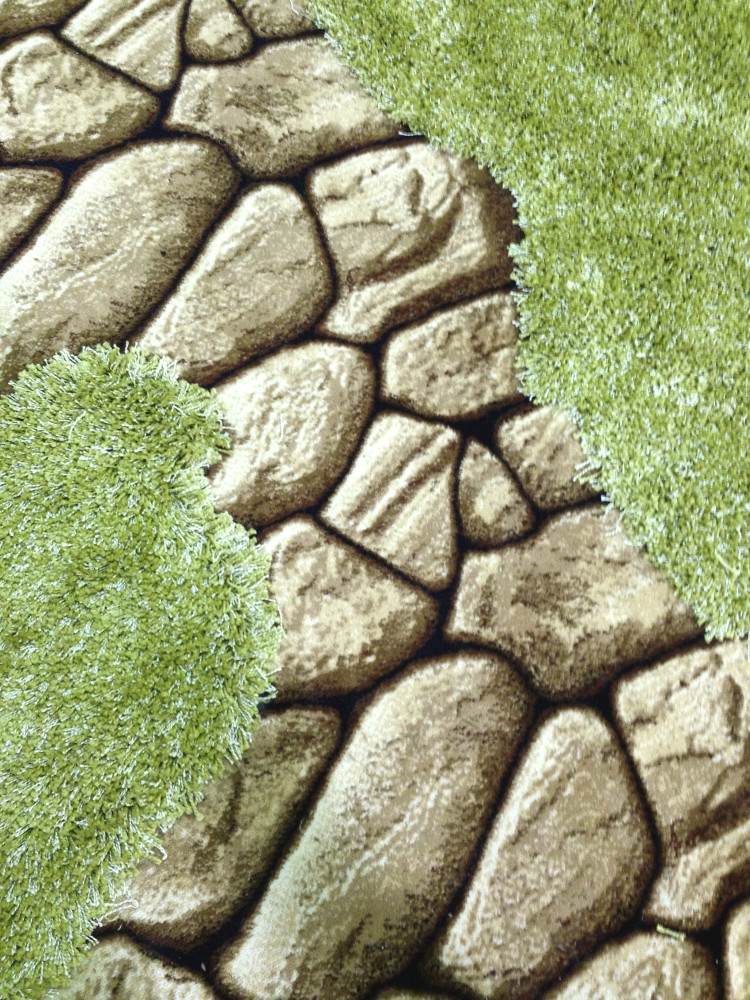 When we climbed to the attic for the first time, we sawdevastation and the beams on the floor, which were lying so that stumbled it was possible to fly down to six meters. Therefore, the most difficult to create a project was to measure the room, while remaining intact. Ekaterina Kokoulina, designer

The cottage is designed in such a way that the staircaseon the attic floor is located in the area of ​​children's rooms, so the boy and girl, as well as their guests, can climb without disturbing adults. And in their game room, children can leave toys as they are, without removing them into boxes or closets. I would call this the new standard of child comfort. Ekaterina Kokoulina, designer 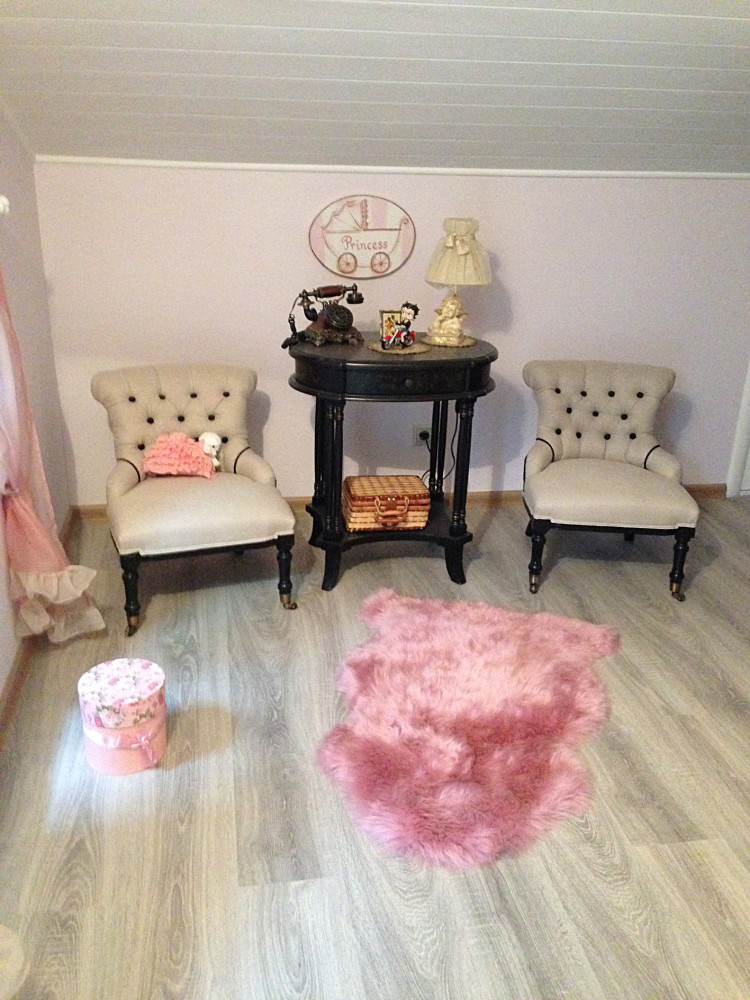 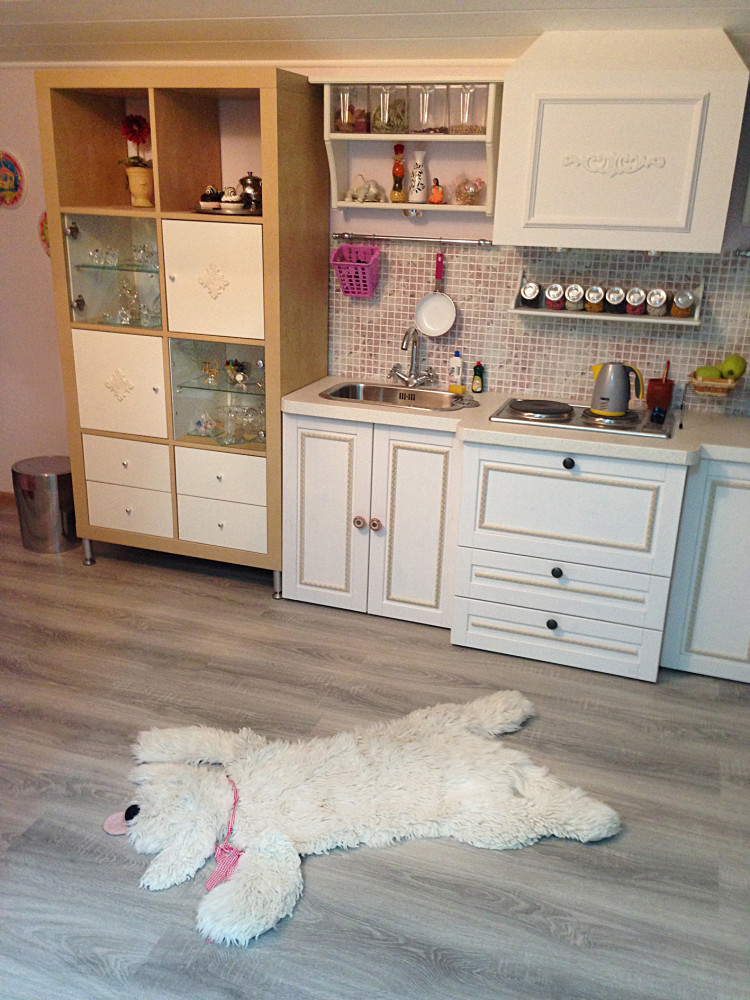 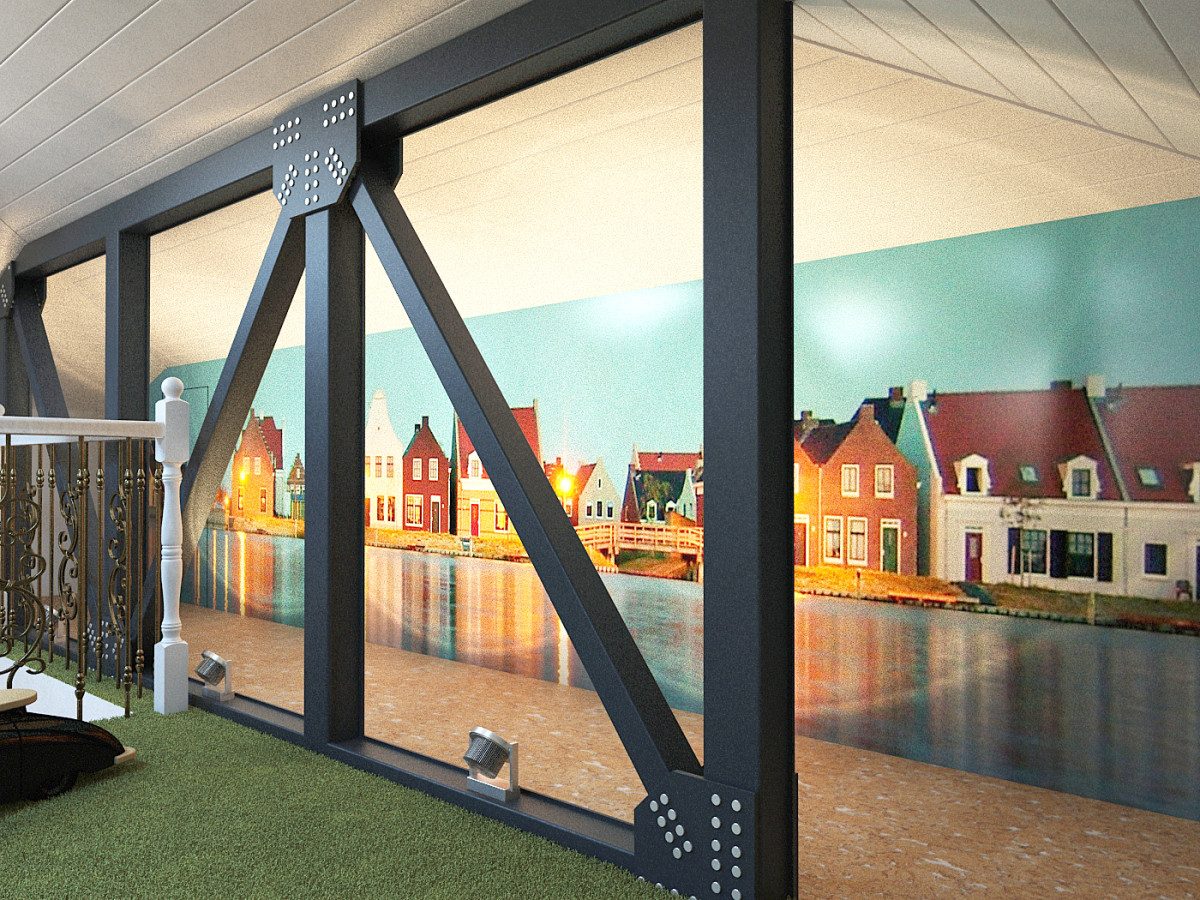 Plan of arrangement of furniture

We thank Ekaterina Kokoulina for discovering the secret of creating such an amazing playroom. Rejoice your children along with etk-fashion.com.

Design of a children's room for children of different sex: zoning space

25 bedrooms in the attic - etk-fashion.com

So can only in Paris: a small minimalist apartment in the attic of the Mare quarter - etk-fashion.com