Today we propose to look at the nextZa bor workshop project - a two-storey house in a hill with complex architecture and modern design. There is something to inspire The customers - a young family with a child - turned to the workshop za bor with a special request: to design a house on a site with a complex non-standard relief. Part of the territory, including the entrance to the house, is on a hill that descends to the water meadow and has a large slope. For this situation, it was necessary to find a non-trivial architectural solution - and a project was born, which they themselves call "House in the Hill". Arseny Borisenko and Peter Zaitsev, architects of the bureau za bor The architectural bureau za bor was founded in 2003 by Arseny Borisenko and Peter Zaitsev. Both were born and raised in Moscow, studied at the University of Maryland. Even in the institute, private projects began to be engaged, later they worked in several architectural workshops. For the years of the Bureau's existence dozens of objects have been realized, including apartments, private houses, a cottage community and many offices. Among the clients are big businessmen and industrialists, Castrol BP,, Badoo, Inter RAO UES, Moscow Chamber of Commerce and Industry, etc. www.zabor.net Architects had to actually "bury" the house on the hill, and then take out part of the house on a vast console Over the site. To solve this problem, a considerable amount of engineering and design solutions was required. 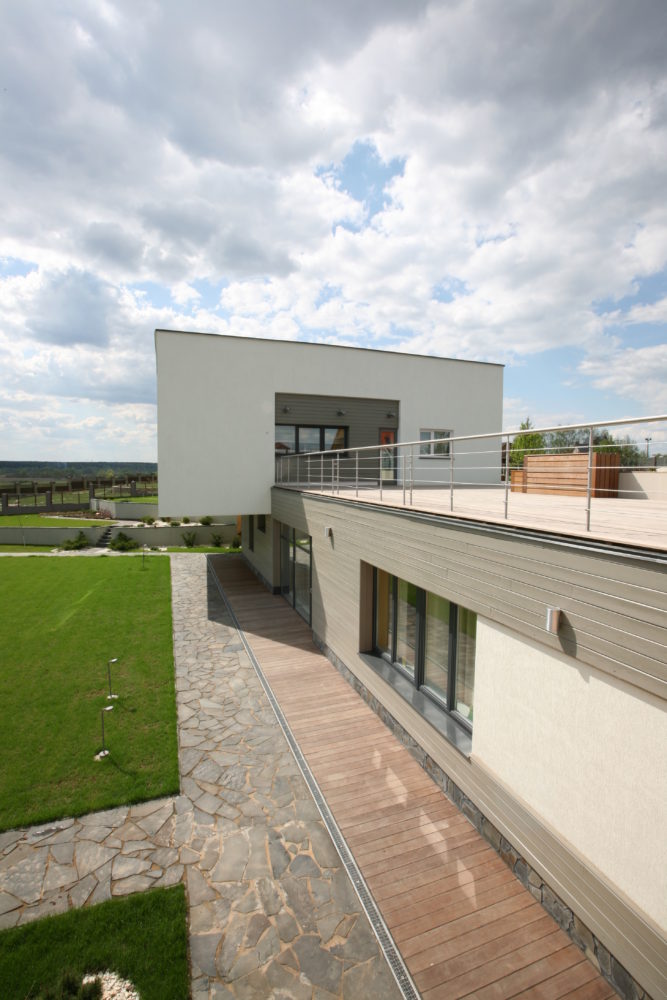 As a result, a very unusual house turned out, whereThe traditional planning solution is literally turned upside down: public premises (living room, dining room, kitchen) are located on the second floor, which is located on the street level, and all the private areas on the floor below - so that one can go straight to the meadow. 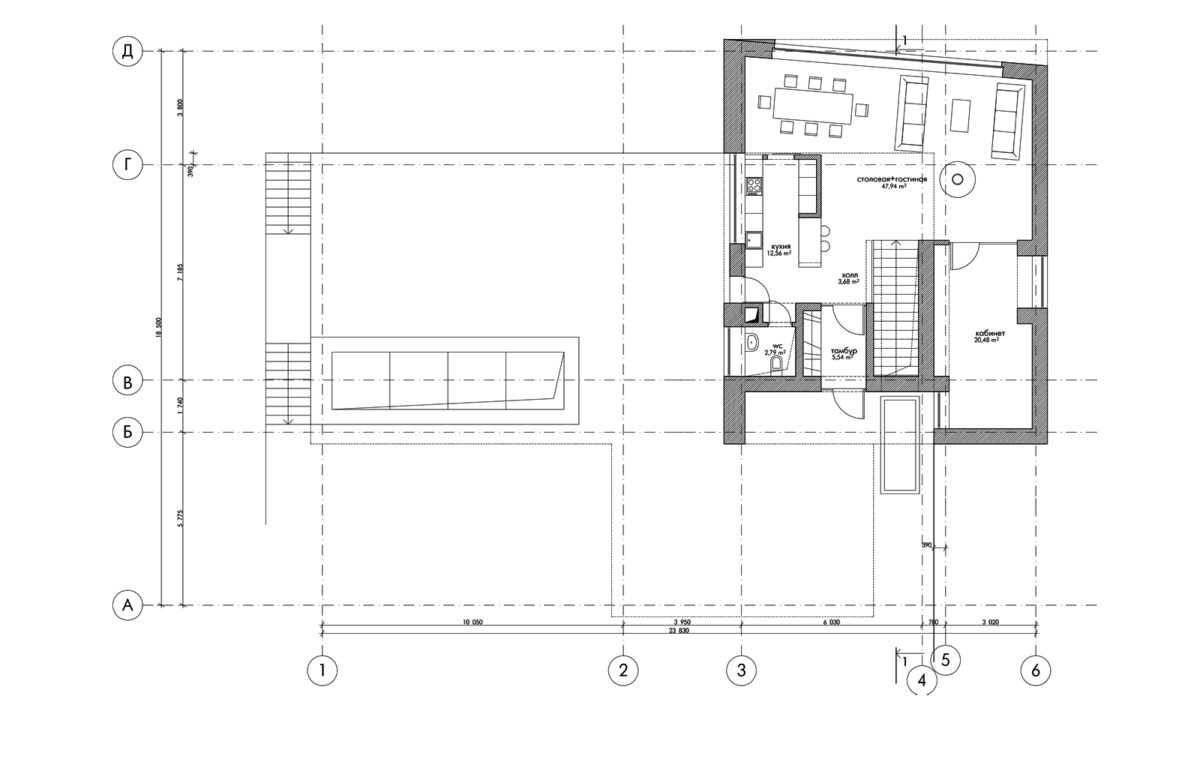 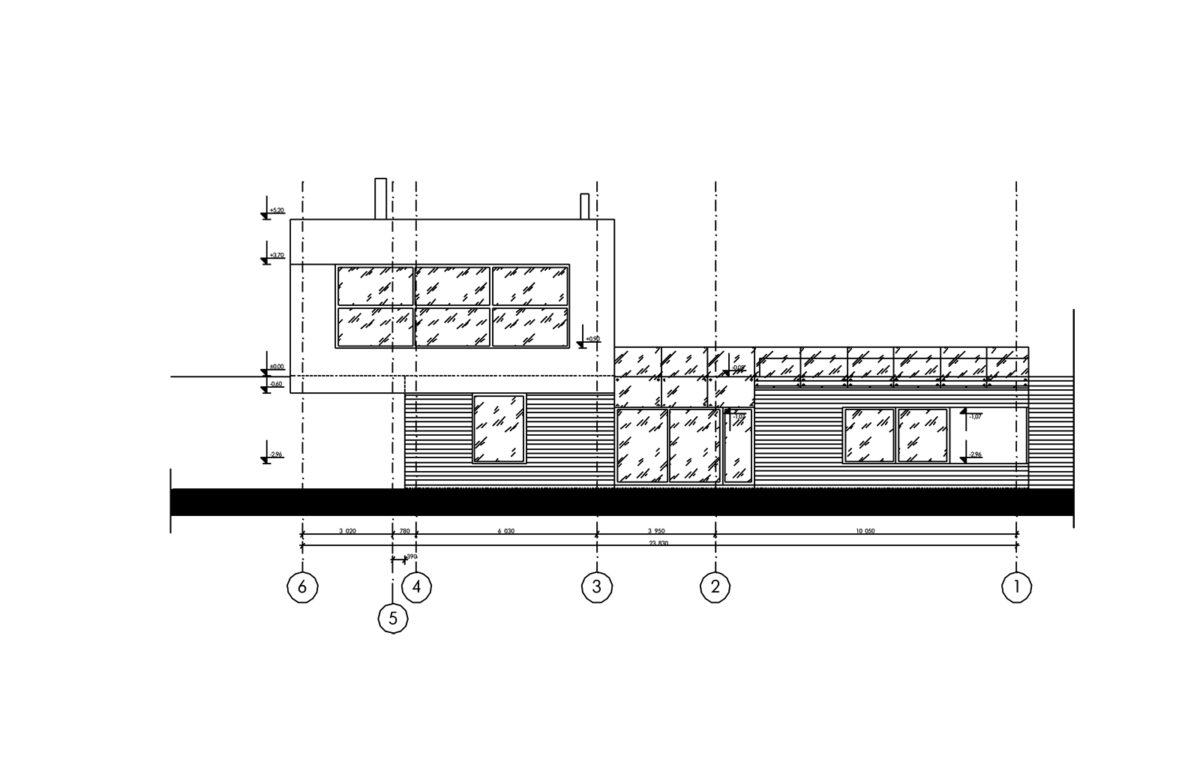 Another important task was the solution of the problemLighting at the underground level. To do this, architects cut through the house anti-aircraft windows, and their design is such that they not only solve the problem of lack of light, but also ensure the collection of rainwater, directing it to watering the site. Also at the living room level, the roof hasNegative slope: water is collected in the window area and is diverted to the site. Thus, with the help of these two techniques, it was possible to organize a fundamentally new system for draining waste water. As for architecture, then, as we have already said, functionally the house is divided into two parts: public, painted white, and private - gray. The interior of the house is made inTraditional for the workshop za bor style: modern minimalism in a calm color scheme. However, in this project we see a significant number of bright accents. This is due to the fact that the hostess of the house is also a designer by profession, albeit in another area, and in relation to the choice of furniture and accessories, she and the architects have formed a fruitful creative union. The landlady took up the choice of branded furniture andDecor, and Peter and Alex took over for the most part an "architectural" setting: a fireplace and pieces of furniture installed in the interior. Among them - the island and concrete fragments of the kitchen area, a sophisticated countertop with a sink in the bathroom and a bed in the master bedroom. For the public zone, a standardLayout for similar facilities: sofa group with fireplace, kitchen area and dining table. With the participation of the hostess, a lot of color spots appeared here: the neutral gamut is diluted, saturated yellow and red. The kitchen and dining area are built on contrast: a laconic black suite and completely white table and chairs. 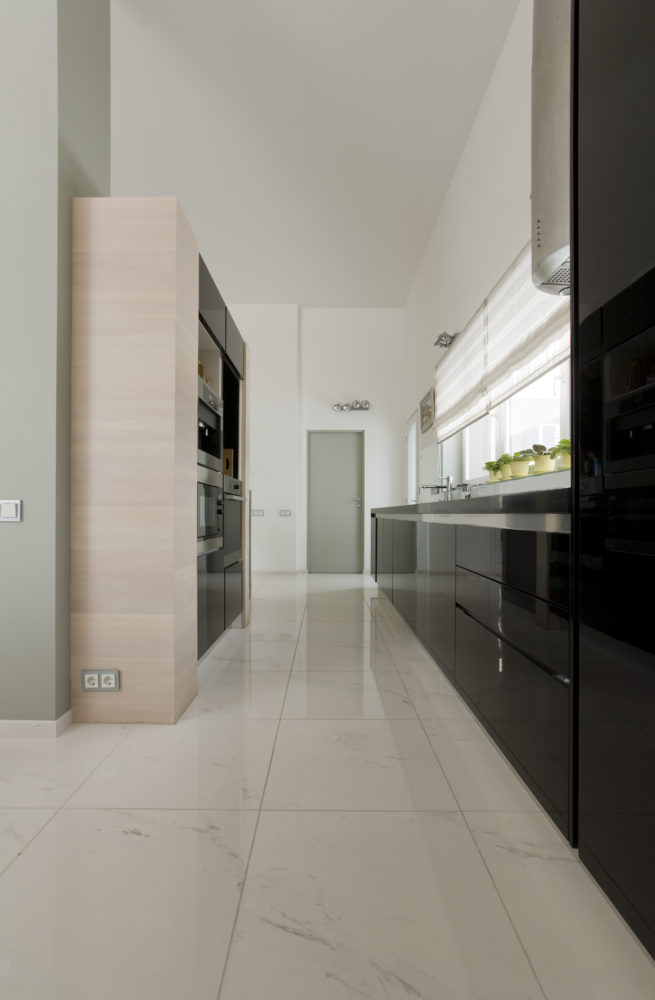 Also, quite a lot of color we see in the gameRoom: here on a white background appears an orange accent wall, green details on the ceiling and a colorful carpet on the floor. In this case, even the children's area retains the general concept of minimalism. In the master bedroom, there is peace,Expressed in a neutral color palette, lack of bright accents and simple forms. The most noteworthy element is a lighted bed, as if floating in the air. In the children's room, we again see a combination of a calm background and bright color spots. Here it is again the accent wall - this time. Two-storey house in the Krasnodar Territory: oriental motifs in the modern interior - etk-fashion.com

Interior of the week: a colored house in the style of Provence in the suburbs

Project of the week: bright minimalism in Novosibirsk

Project of the Week: dull example of a country house in the style of minimalism