Grandfather's inheritance: the story of how three women turned a dilapidated fisherman's house into a pastoral English cottage with the help of shopping from a shop of a junkeeper, paints, textiles and good taste. Secrets of "English Country" by Artist and Designer Janet Rowen-Hamilton The house in Sutherland (Scotland) resembles the favorite English fairy tale "Wind in the Willows". And not so much by the fact that it is located by the water, but rather by "persuasion", which fully shares "with Kenneth Graham:" a well-designed interior begins with a cozy fireplace and a well-toasted toast. " The old fishing hut hides on a grassy hill and is separated from the river by a narrow strip of Scottish meadow meadow. And there lives in it Jeanette Rowan-Hamilton (Jeanetta Rowan-Hamilton), an artist who is engaged in vintage knitwear and wool. She comes to the London apartment only a couple of times a year - for the necessary materials, and most of the time she spends here, in which she has restored and decorated herself. 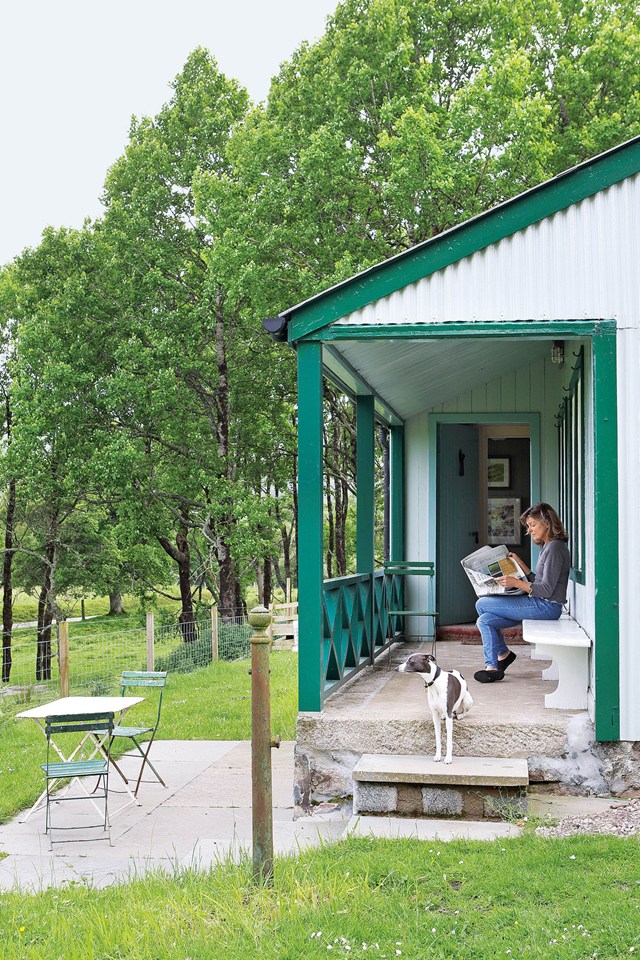 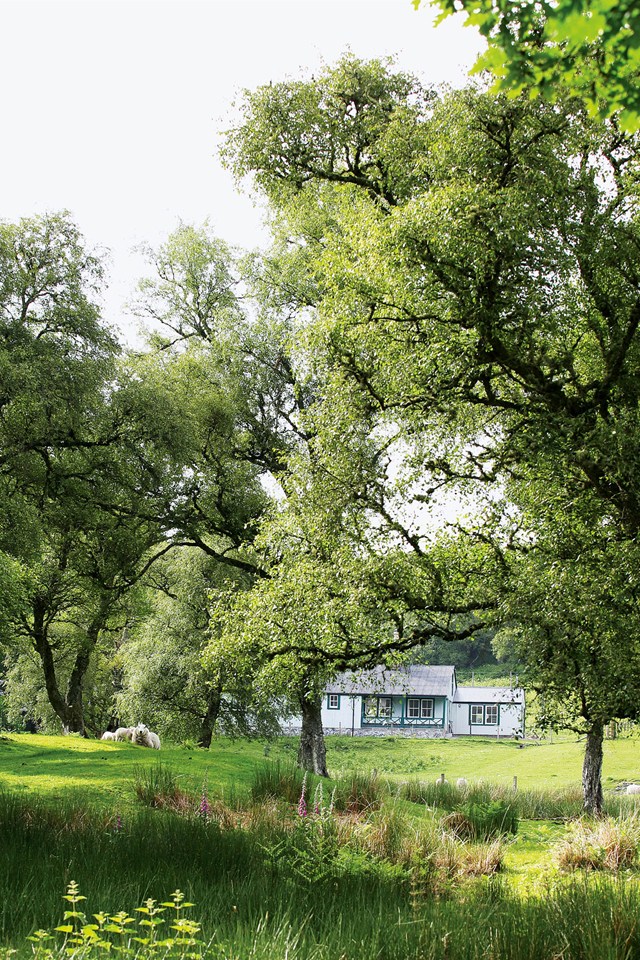 Most people come to Helmsdale, onNorth Hayland to fish during the migration of Atlantic salmon. Once upon a time this whole land was owned by the Duke of Sutherland. But in the XIX century it was divided into six estates, each of which had its own piece of the river. Now, fishermen can use any of them, and enthusiastic Englishmen often get in these places huts and houses that allow them to enjoy their favorite hobby during vacations and vacations. 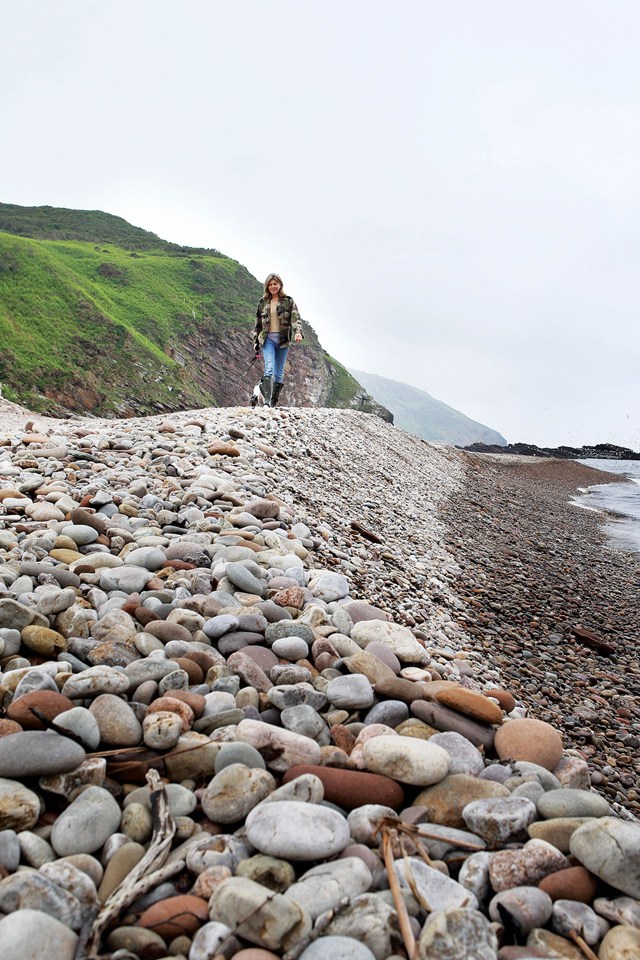 Thus bought this house and grandfather Janet: 90 meters, including a shed for fishing supplies, for 1,200 pounds - from a local police officer. Strictly speaking, the house already needed serious repairs, but it was bought as a temporary shelter for a fisherman, and therefore no one made any demands on his condition. The roof is - and pretty. Janet's mother, who inherited the house, was not fond of fishing, and for the next several decades he stood there hammered and forgotten. And only 12 years ago, having received the property not necessary to anybody, Janet returned to it. A new mistress does not catch fish either. But he likes to work with his hands. 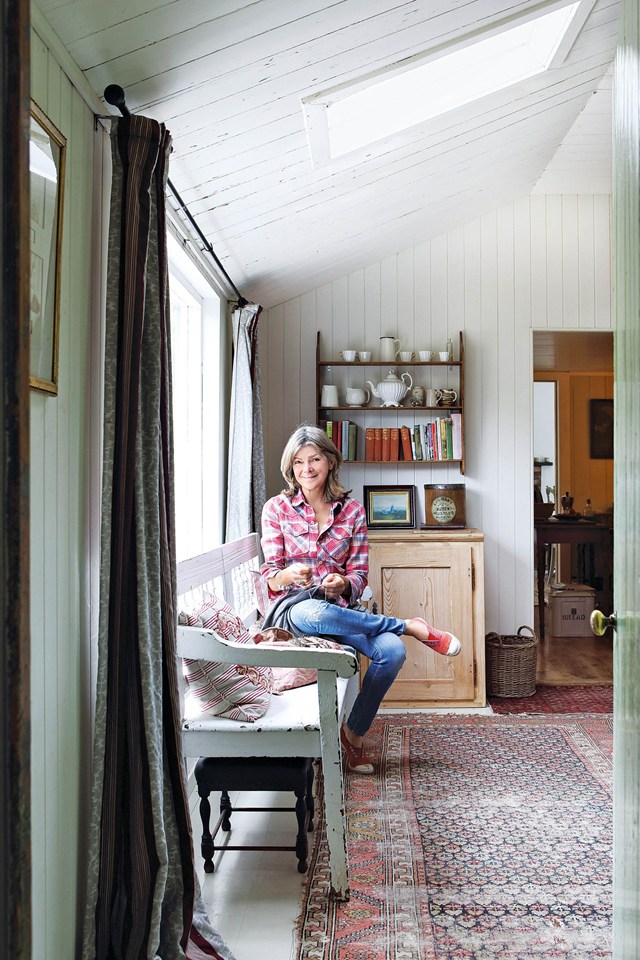 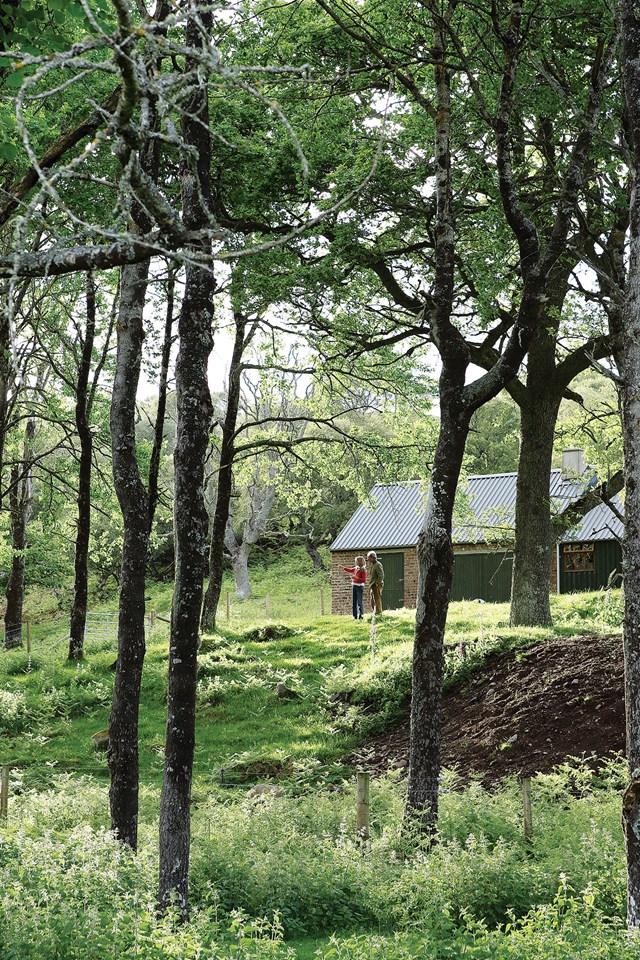 Janet restores vintage clothing, sews andknits traditional costumes, and in between creates art photo collages for individuals on solemn occasions - for weddings, birth of children and anniversaries. The two daughters of Janet, seeing the house, immediately fell in love with him and began to persuade his mother to try it. And, says Janet, for almost 10 years, while she slowly remodeled him, really helped her in every possible way. The main problem with Janet was money. The house was in a deplorable state and required serious investments. Then she made a sign with the inscription "sale" and carried out on the lawn all the old things that it considered unnecessary. The merchants immediately gathered at the house - they recommended Janet to local woodworkers to do the bulk of the "heavy work" - patch the current roof, level the terrace, paint the walls and windows outside the house. All the rest she did gradually instead of with her children. 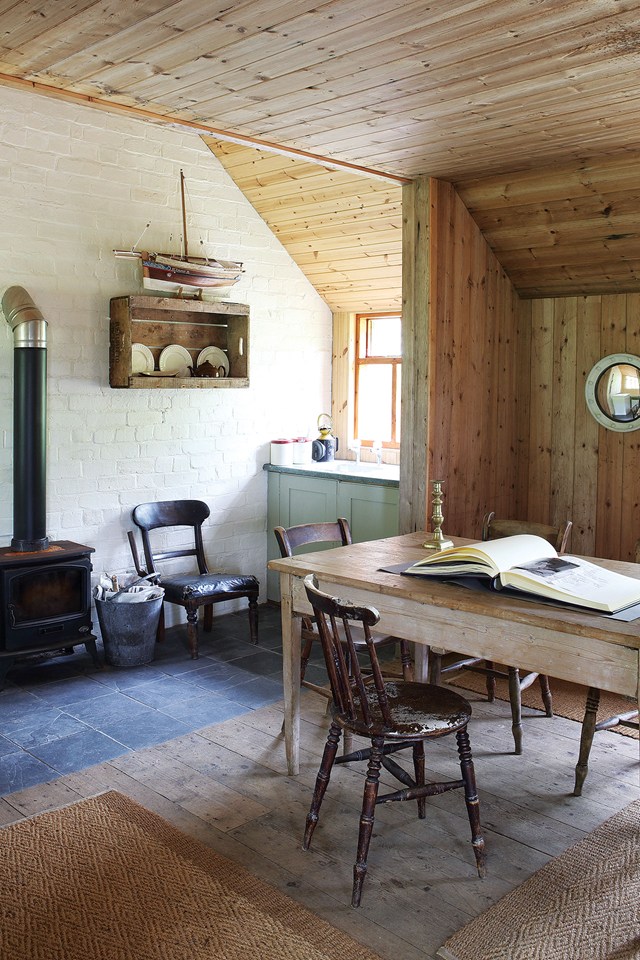 As a result, the house was a spacious open living room with windows on two sides, a study, two bedrooms and two bathrooms, one of which even fit an old bath. 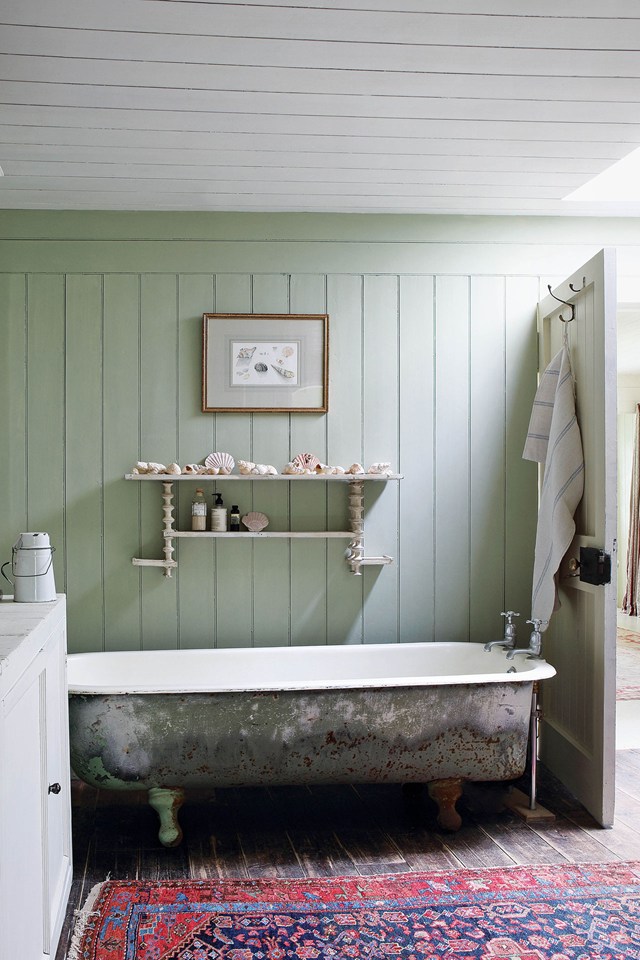 The main difficulty was that Janetwanted to keep inside the house the ancient spirit of a small Scottish county. And for this, we needed the corresponding items-they were searched for, by local antiquarians, and made a feasible home restoration. Janet Rowen-Hamilton, owner: "Now all the Scottish junkies know me." Some call me and say that they have postponed something specially for me - they are wondering if the thing will suit me in size and shape. I'll change the color myself, if necessary. She made kitchen shelves from fish boxes, andshelves in the bathroom hung on holders made from old coils from a spinning mill in Lincolnshire. Janet Rowen-Hamilton, owner: - Necessity is the mother of ingenuity. I hate things that fit together. My sister Sabrina, for example, gave me chairs for the dining room - not a single pair. That was very nice of her. 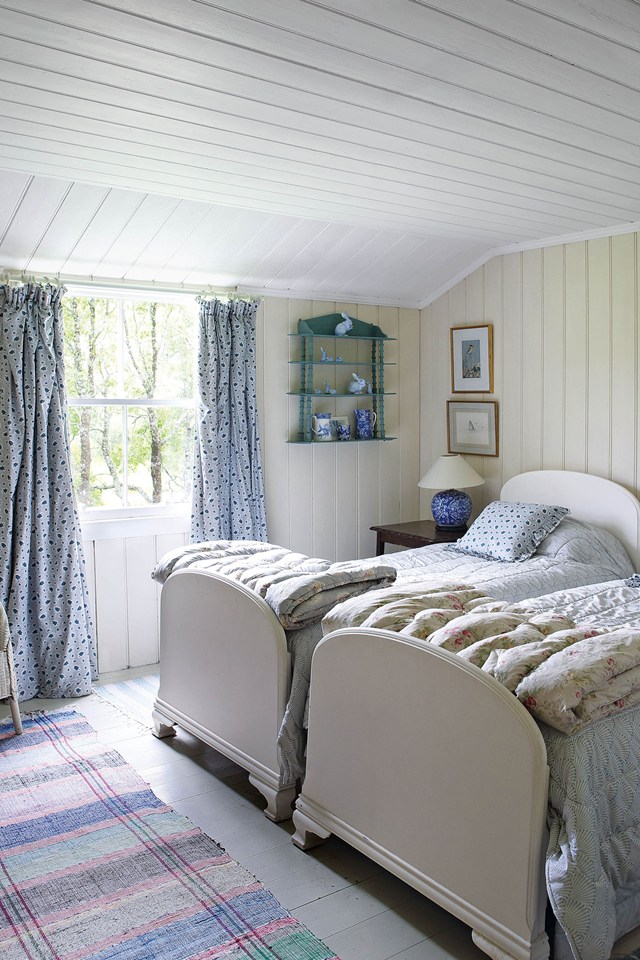 Now Janet is thinking about expanding her homedue to the shed for fishing rods and boats - there just enough space for a small guest bedroom and, possibly, a shower room. In London, she began to get out less and less - she was captured by rural life, she even had to get a dog, whippet, to make a company during long walks along the river bank. Design of a children's room for a boy: a history of real repair

Secrets of the bathroom decor: 10 tips for creating a style

Notes designer: masterpieces of stucco in the window of a beautiful house - etk-fashion.com

Repair in the bathroom: a real story - etk-fashion.com

The atmosphere of a spa in a country house: ideas and secrets of creation - etk-fashion.com