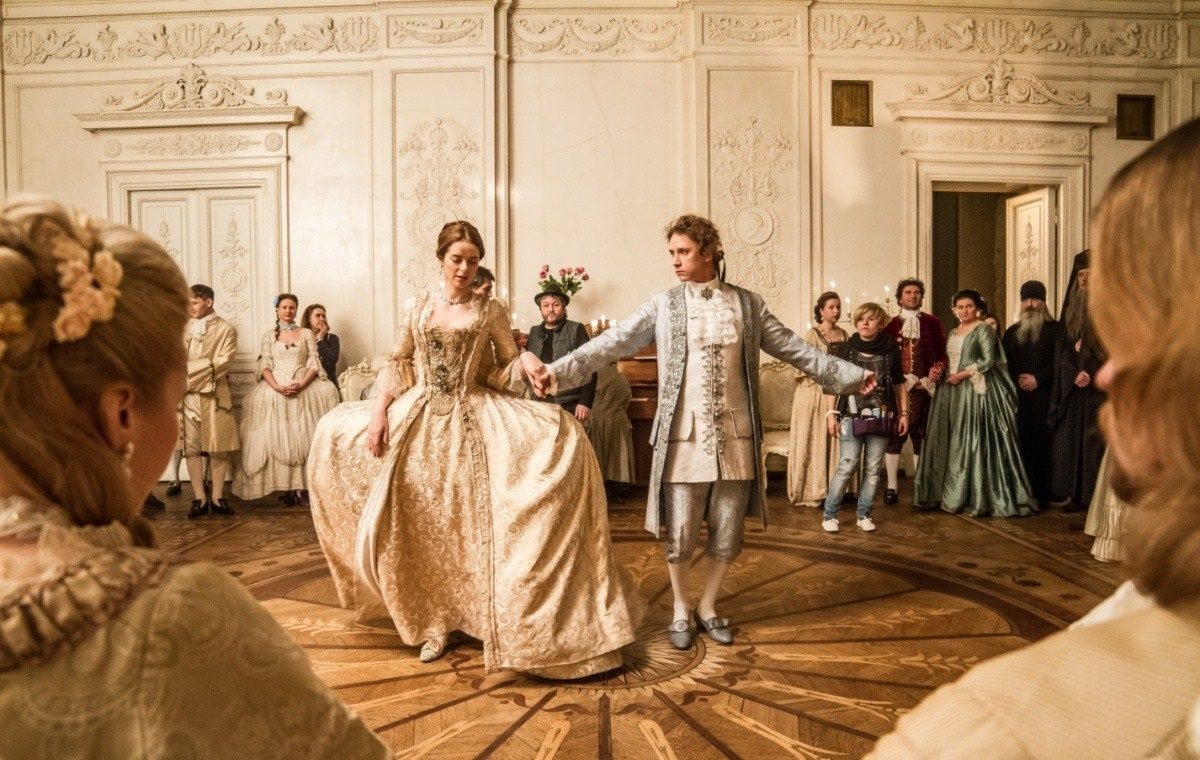 Cinema can attract not only actingTalents, music, special effects or script. There is a very important component - well-designed interiors, for the creation of which appeal to the best decorators and designers. Continue to advise such films, where the last tried to glory Have you seen anything from the films? As we can see, the readers liked it so much that we decided again to advise truly fascinating and high-quality tapes, which can and should be appreciated by everyone. This week there will be five films and two series, so start looking for them right now! Brooklyn This film was nominated for an Oscar award a couple of months ago in three categories, but, unfortunately, the competitors were much stronger. Nevertheless, "Brooklyn" look worth it - it's a wonderful, heart-rending and kind drama about love and hard choice of the main character. And the entourage of the fifties, both on the street and in the premises, was recreated so painstakingly and believably that all the actors look absolutely in their place. 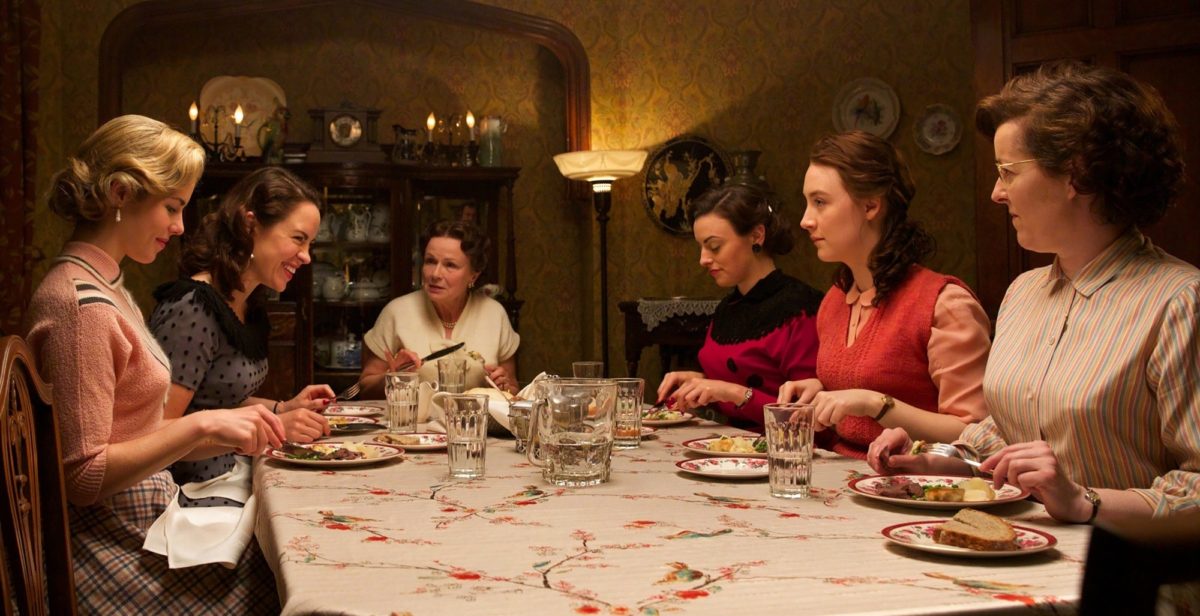 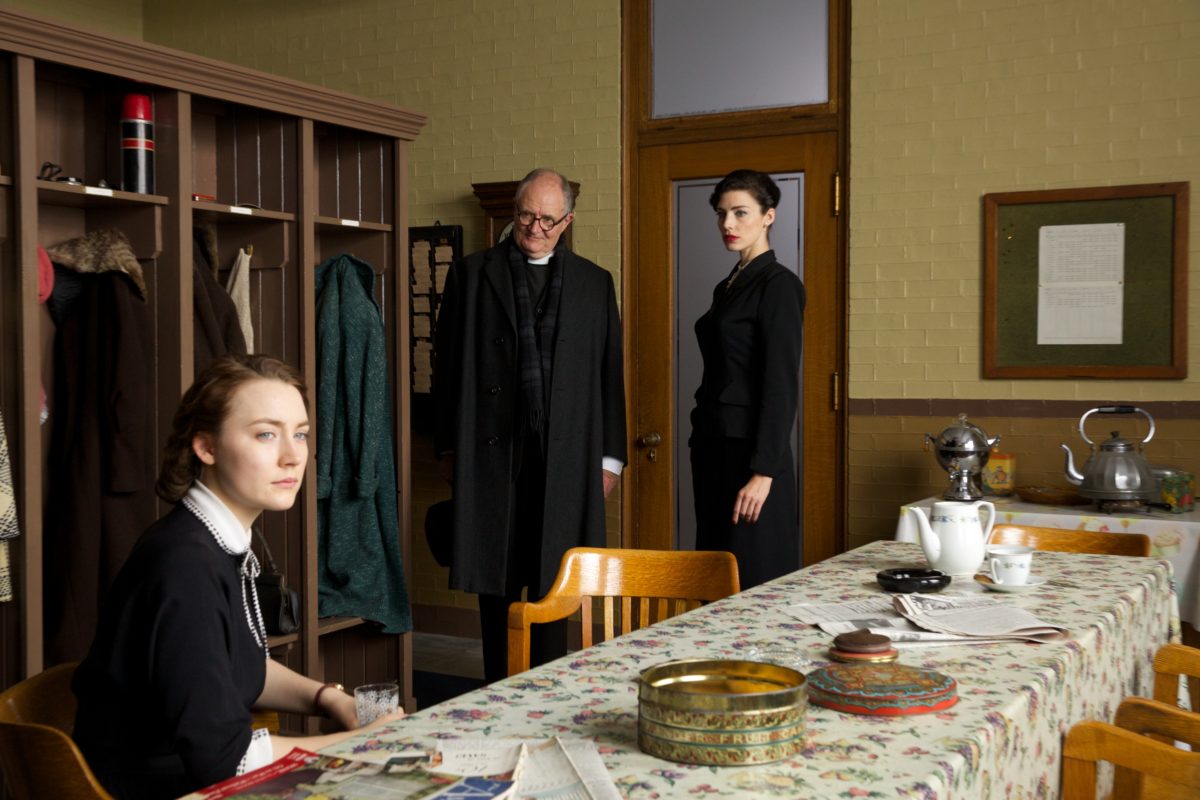 Everyone says I love you.To love Woody Allen movies? He is so versatile director that in every project you can find something special. Even a musical that turned out to be so lightweight and fascinating that it will be interesting to watch now. The film, a little familiar to the Russian audience, turns 20 this year, and it's a great chance to see how very young Edward Norton, Drew Barrymore, Liv Tyler, Natalie Portman, Julia Roberts, Tim Roth and the maestro dance in chic interiors. 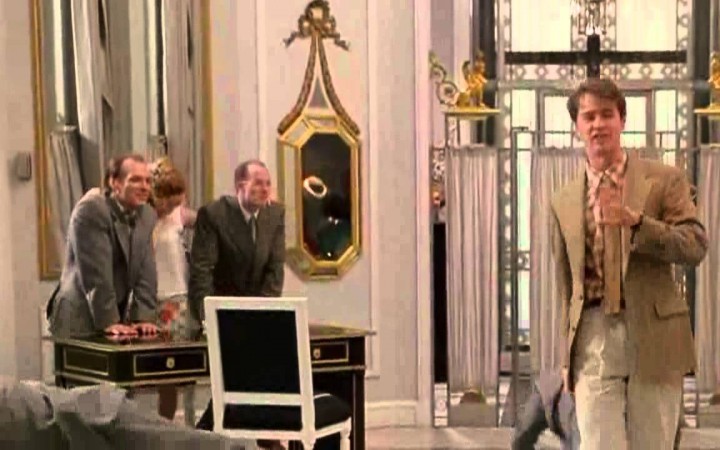 Kingsman: Secret service Unconventional spy thriller, which last year became one of the best in its genre. Originality, beauty, true English humor and a pleasant visual - this blockbuster has loudly announced itself, and the sequel is already being prepared. As befits a film about spies and gentlemen, interiors are only the most chic and ideal, disassembly is spectacular and inspirational, and style stands above all. But you have to be prepared for the fact that the movie, although described as a comedy, but several times will be bloody and sophisticatedly shocking with some moments. 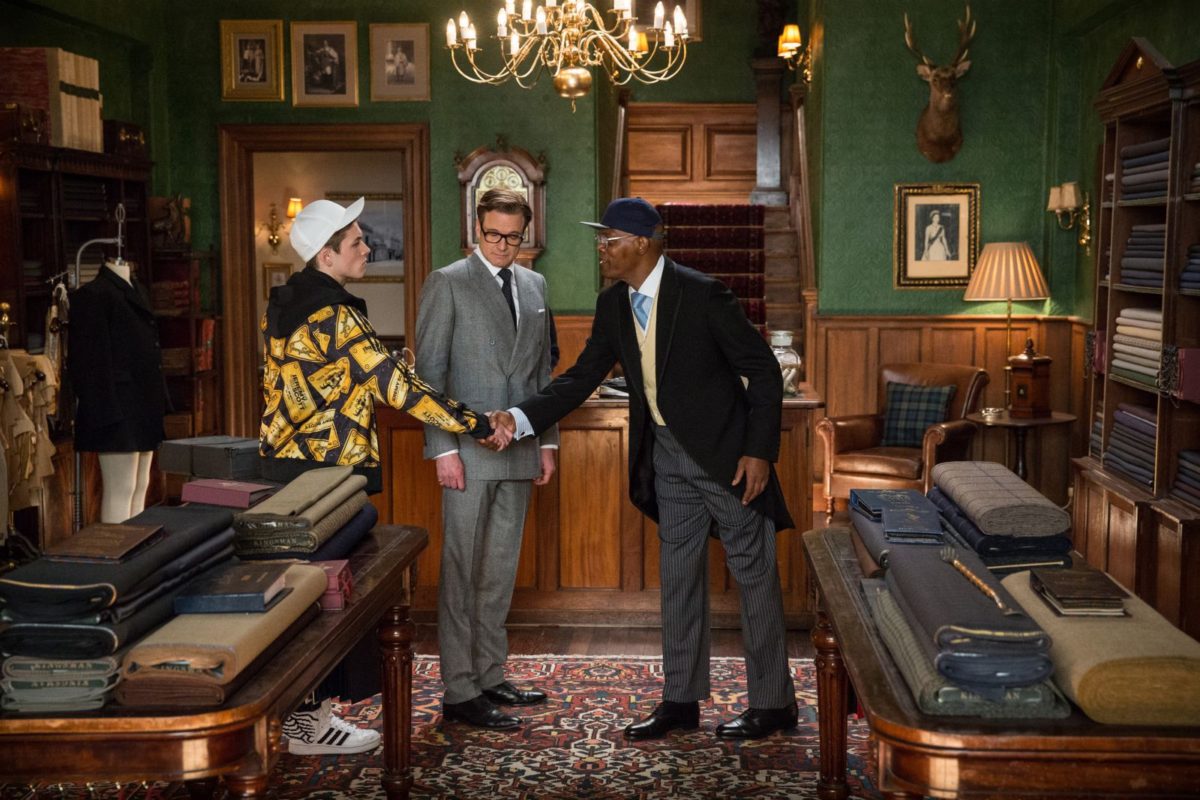 Grand Budapest Hotel WesAnderson gathered in one place a different team of famous actors, each of whom could draw out a whole film with his talent. And placing them even in a remote hotel and in the thirties of the last century, the director was able to achieve such a dashing mix of comedy and farce that the cinema not only entertains, but also becomes a work of art. With the interiors of the hotel everything is also just fine, you want to settle in it right now, and that at the entrance you must meet the concierge Gustav. 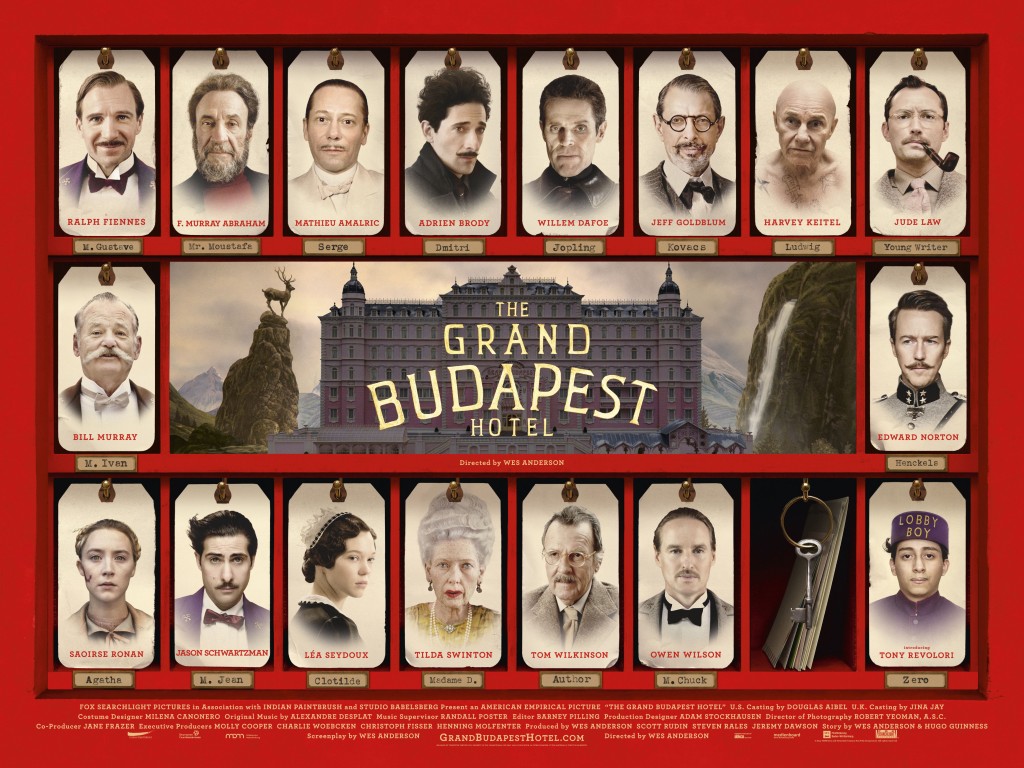 Ratatouille Animated cartoonsAre characterized by a thorough elaboration of the details of each frame. In this regard, "Ratatouille" is an ideal picture for family viewing and the most obvious example of how exactly the kitchen should be equipped in an expensive restaurant. In addition, the viewer is invited to look at this with the eyes of a mouse, which means that we must carefully notice all the painted features of the kitchen. Perhaps, some ideas will come in handy.

Sherlock Welcome to Apartment 221B onStreet Baker Street. They were so often shown in films and TV series about Sherlock Holmes that every detail, brought by the directors, is inscribed in the interior as organically as possible. But the series "Sherlock" from the channel BBC went further and wrote the characters of Benedict Cumberbatch and Martin Freeman in the entourage of our time. Nevertheless, their apartment gives the spirit of antiquity and attracts the classic English style. Ekaterina Russian art serial aboutThe great Empress can not but be bright and colorful, and the interiors must necessarily shine with luxury. Velvet, stucco molding, mirrors, gold - to feel that era, it's enough to look at ten episodes. Do not wait for the authenticity of what is happening, just enjoy playing the actors in the chic interiors. 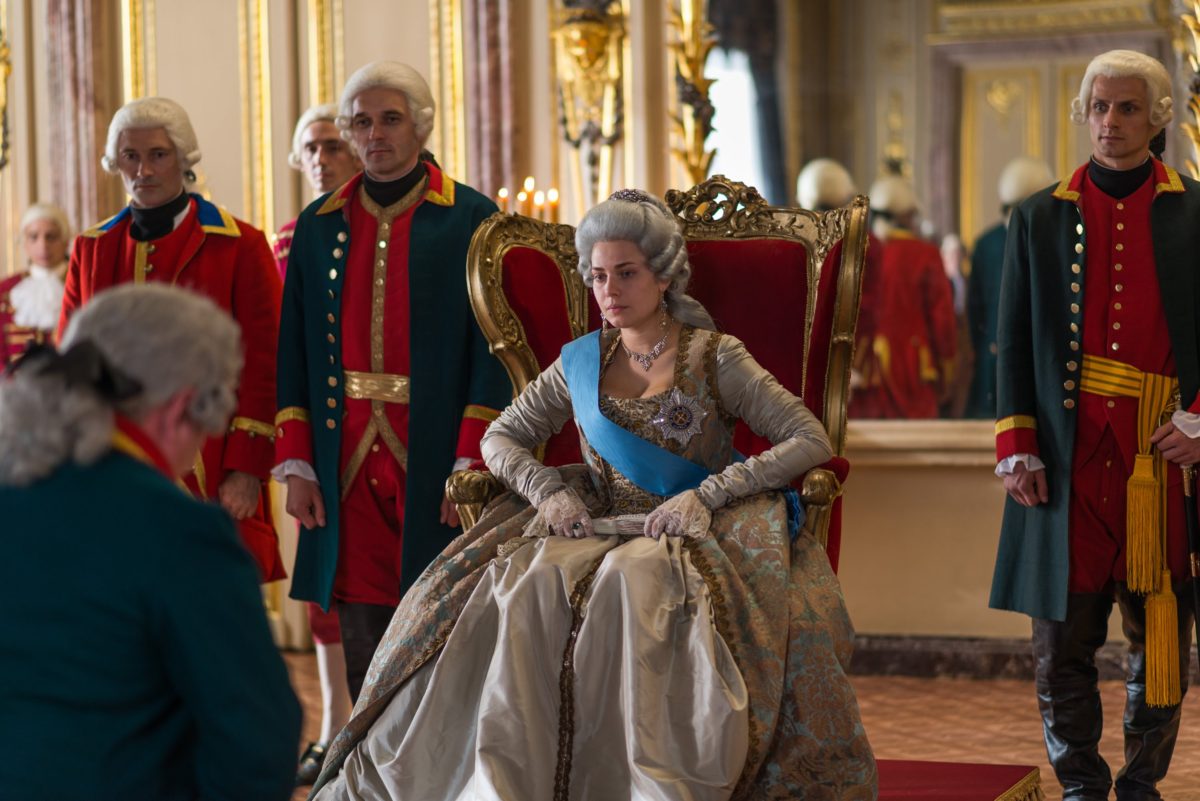