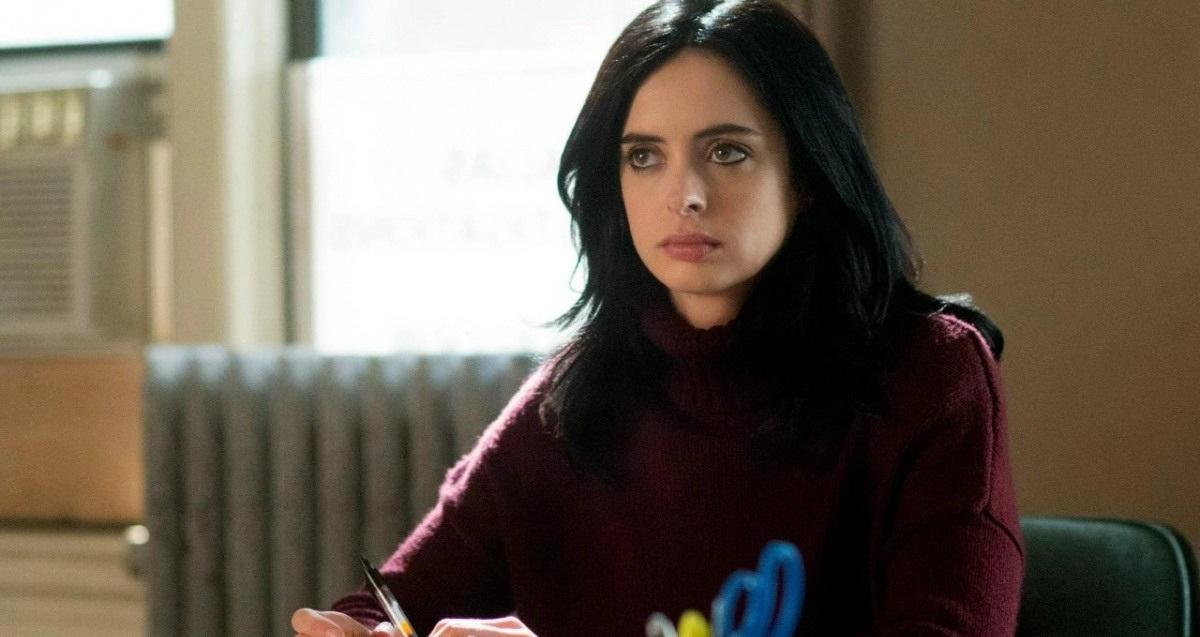 Once a new week has begun, you need itDiversify something special. The rubric with the interiors in the movie is suitable as it is impossible by the way "Live long and prosper!". This is the famous phrase of one of the characters of the first film, got into our today's top. Cinema is able not only to please the image, actors, story and music, but also to inspire and accomplish many good things - thoughts, phrases, actions and interesting ideas. That is why our collection exists. And the past can be found on. Star Trek (2009-2016) July 21 at the box office starts the third part of the popular space franchise, fans of which are measured in their numbers with fans of the "Star Wars". Very high-quality science fiction, the action of which occurs in the near future. And this means that the audience is waiting for bright battles with the use of blasters, interstellar travel to other worlds, coupled with danger and adventure, as well as futuristic and minimalistic interiors. Especially inside the Enterprise ship, managed by Capt. James T. Kirk and his first assistant Spock. 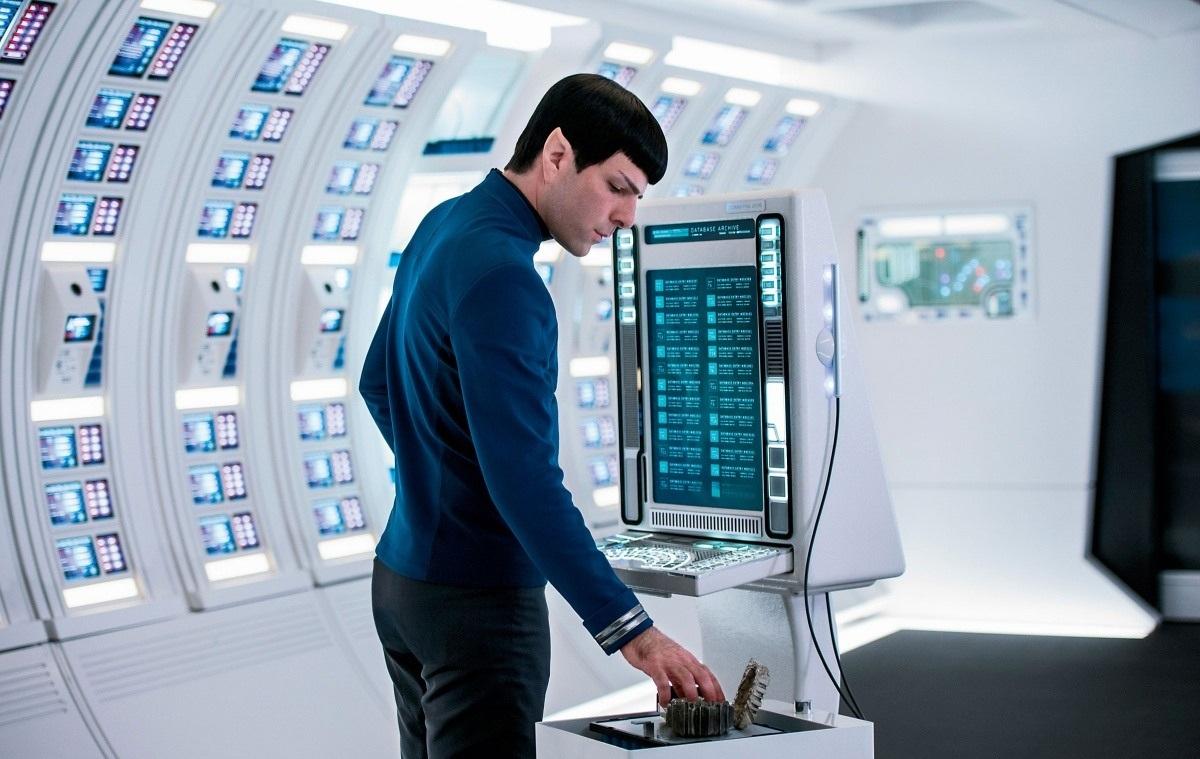 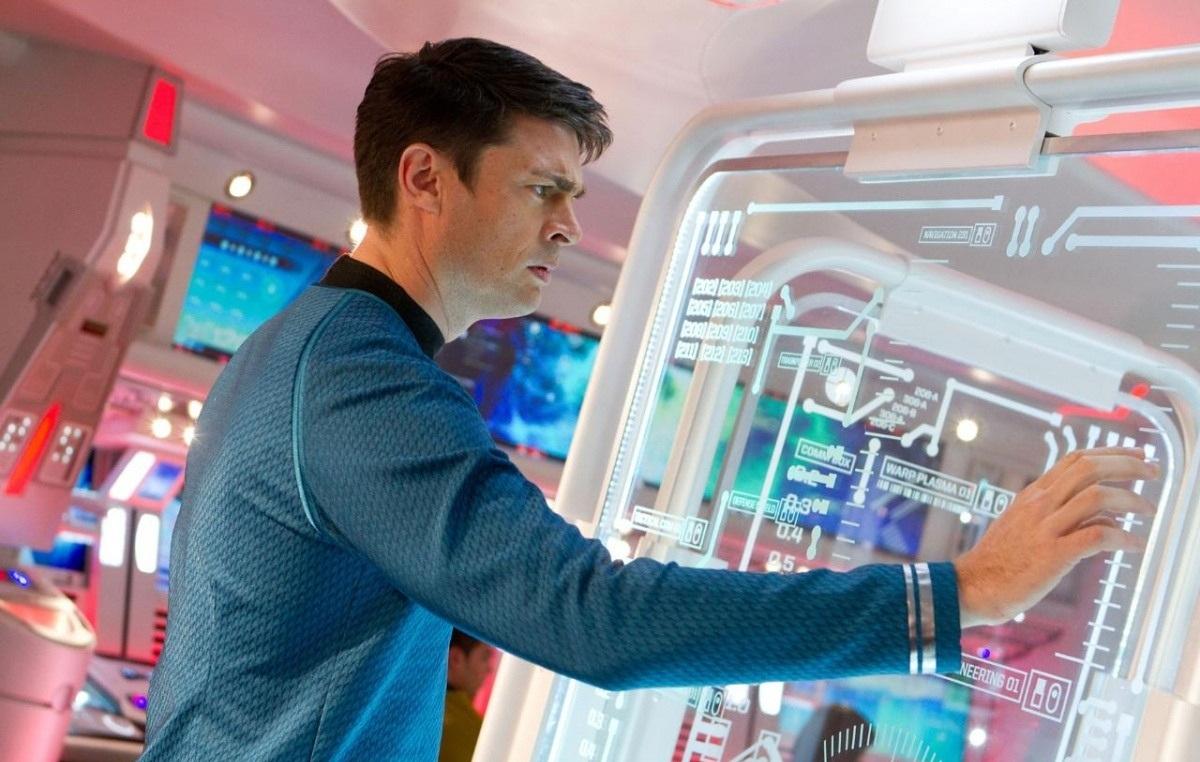 Drive (2011) The best film by a Danish directorNicholas Winding Refna. The winner of the Cannes Film Festival is again for directing. Nomination for Oscar. In the title role - Ryan Gosling. What is the film about? This is the story of an auto mechanic and stuntman who at night works as a carrier, providing robbers with a quick disappearance from the crime scene. But one day everything gets out of his control. In addition to the criminal component, typical for the genre of the thriller, there is a huge amount of references to the classic of the 1970s, a great soundtrack and very interesting interiors of the girl's girlfriend's house. The combination of blue and orange walls is a bold and stylish solution. 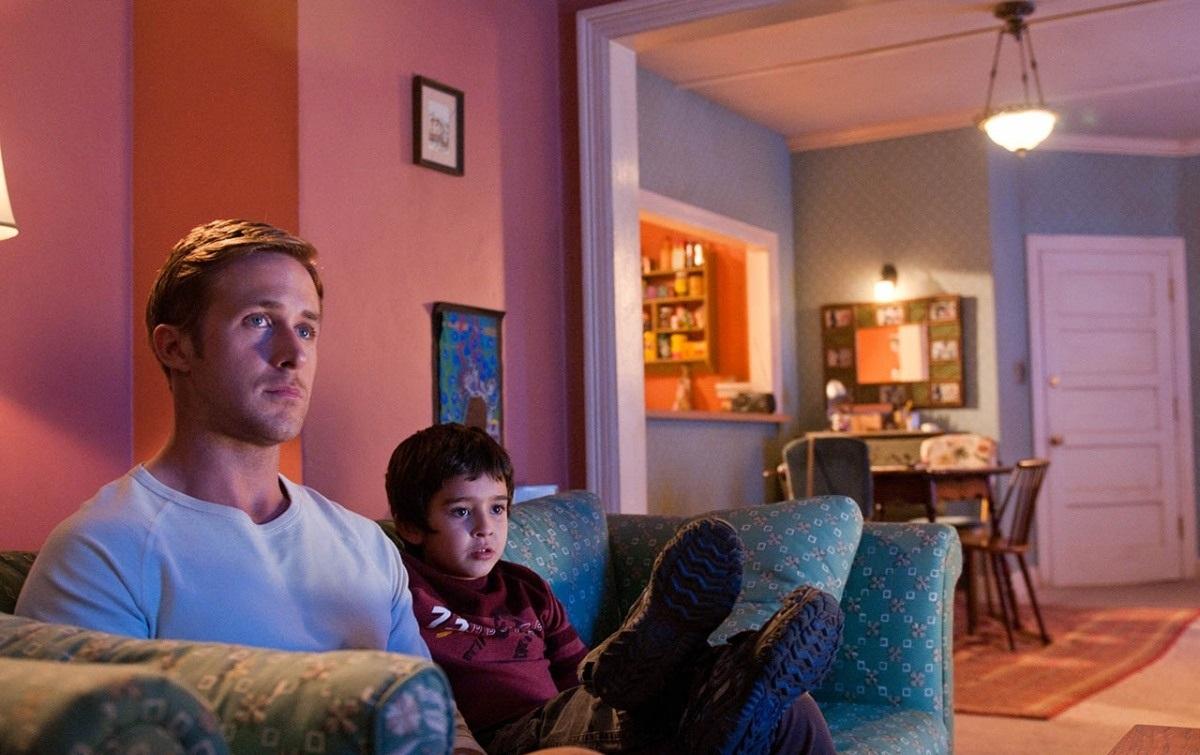 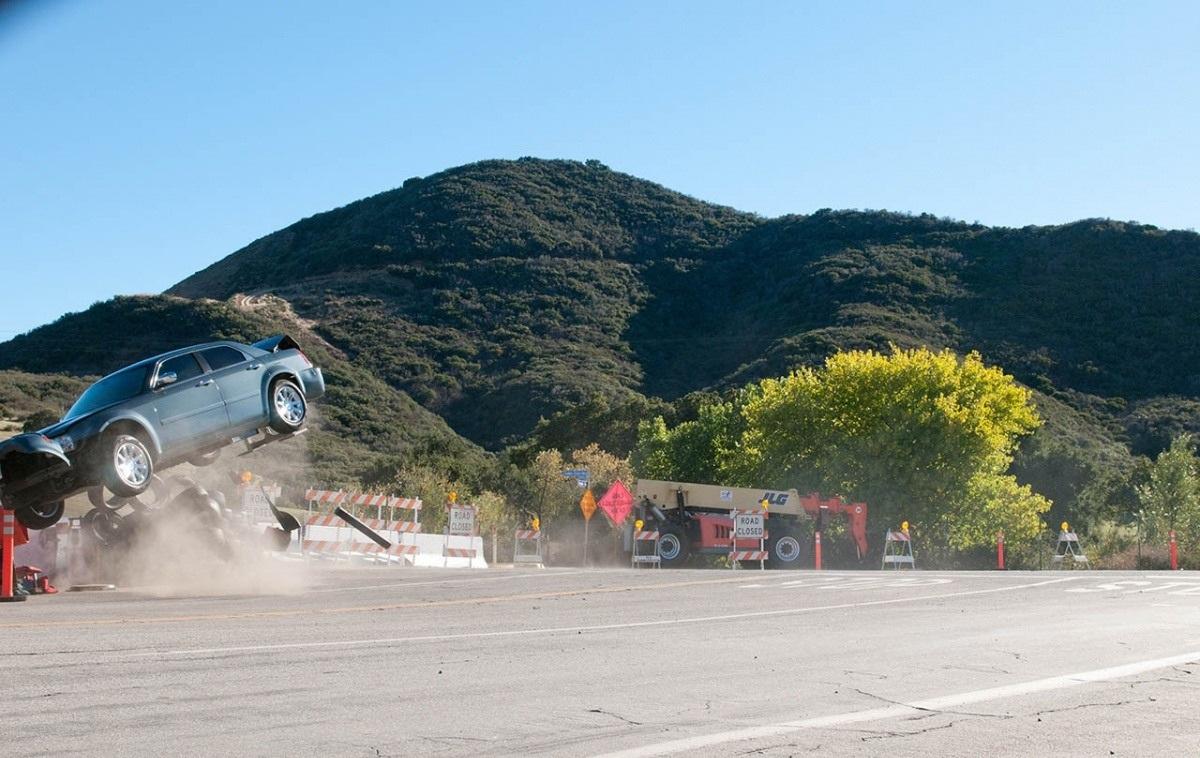 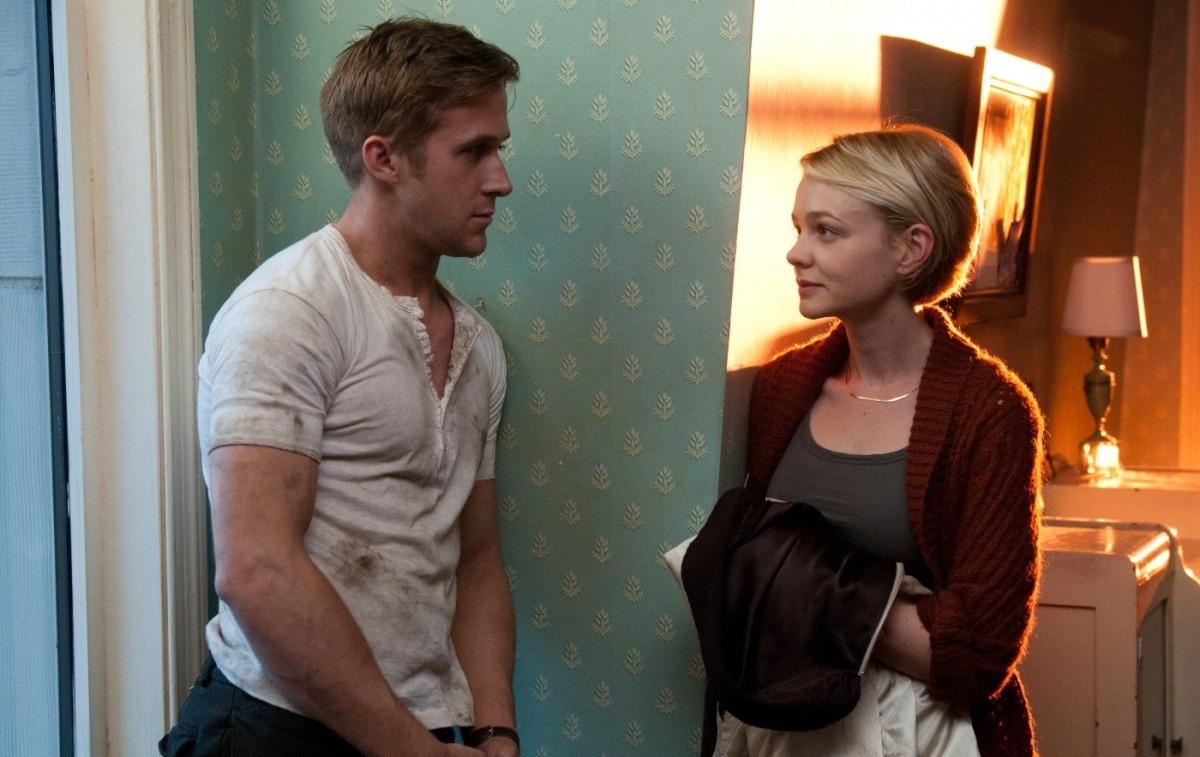 Meet Joe Black (1998) Brad Pitt was in timeTo embody on the screen many roles, even the Angel of Death specifically in this film. Angel needs a vacation, so in the guise of a cute Joe Black, he descended to the ground and settled in the house of Perrish (Anthony Hopkins). The aged newspaper magnate concluded an agreement with him on postponing the imminent, and Pitt himself began to taste the joys of life. Part of the action takes place at Perrish's estate - classical interiors, candles, wood, books, columns. Details are always important for perception, so here they are properly worked out. 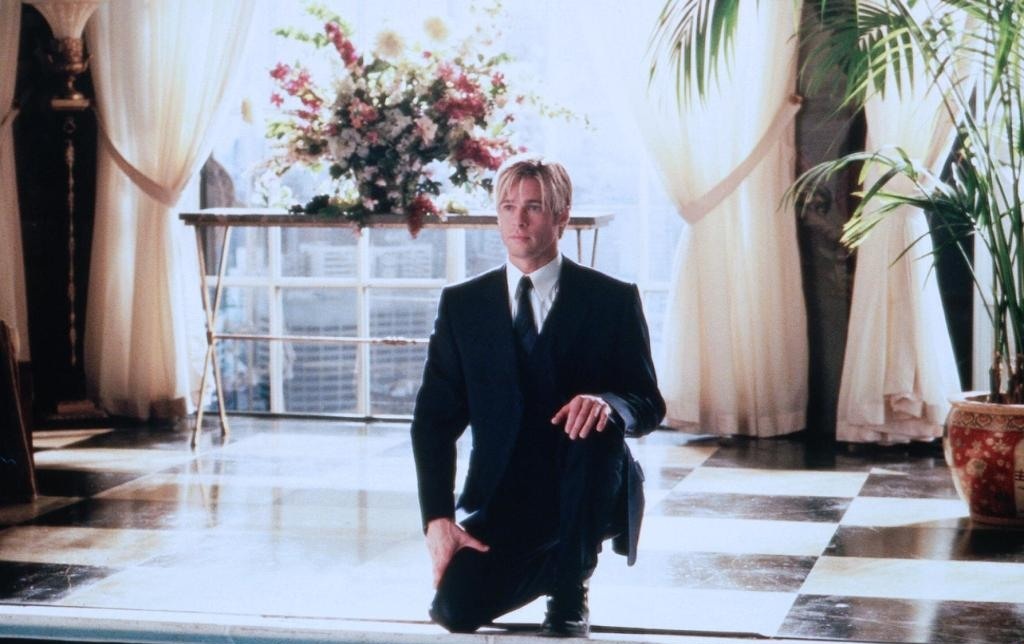 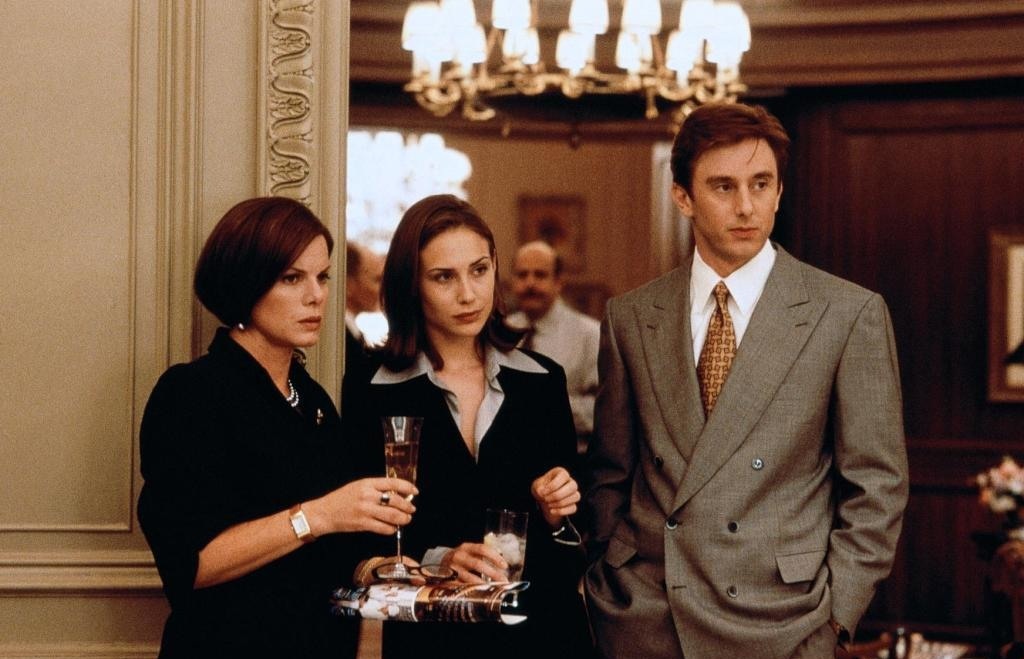 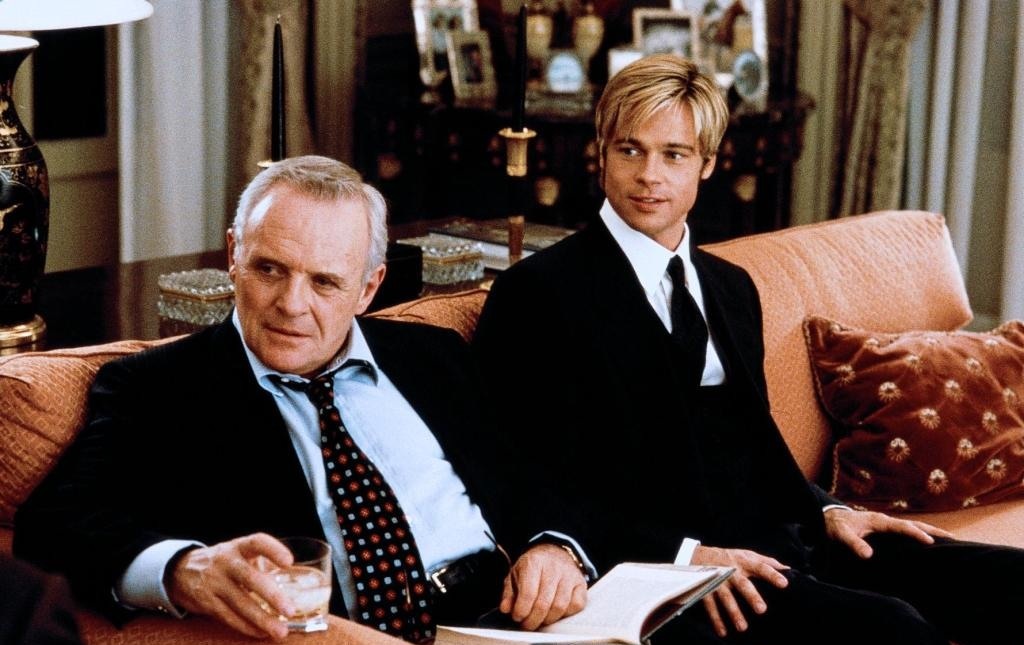 Operation Valkyrie (2008)Pretty funny. That Brad Pitt, that Tom Cruise are shot in a huge number of paintings, have three nominations for "Oscar", but never took the main statuette of the award. And both have films about the Second World War. For example, "Operation Valkyrie" is a film based on real events, telling about the conspiracy of the high command of the Nazi forces with the goal of killing Hitler. To recreate the spirit of the time as much as possible, we needed authentic decorations, with which the invited experts masterfully managed. 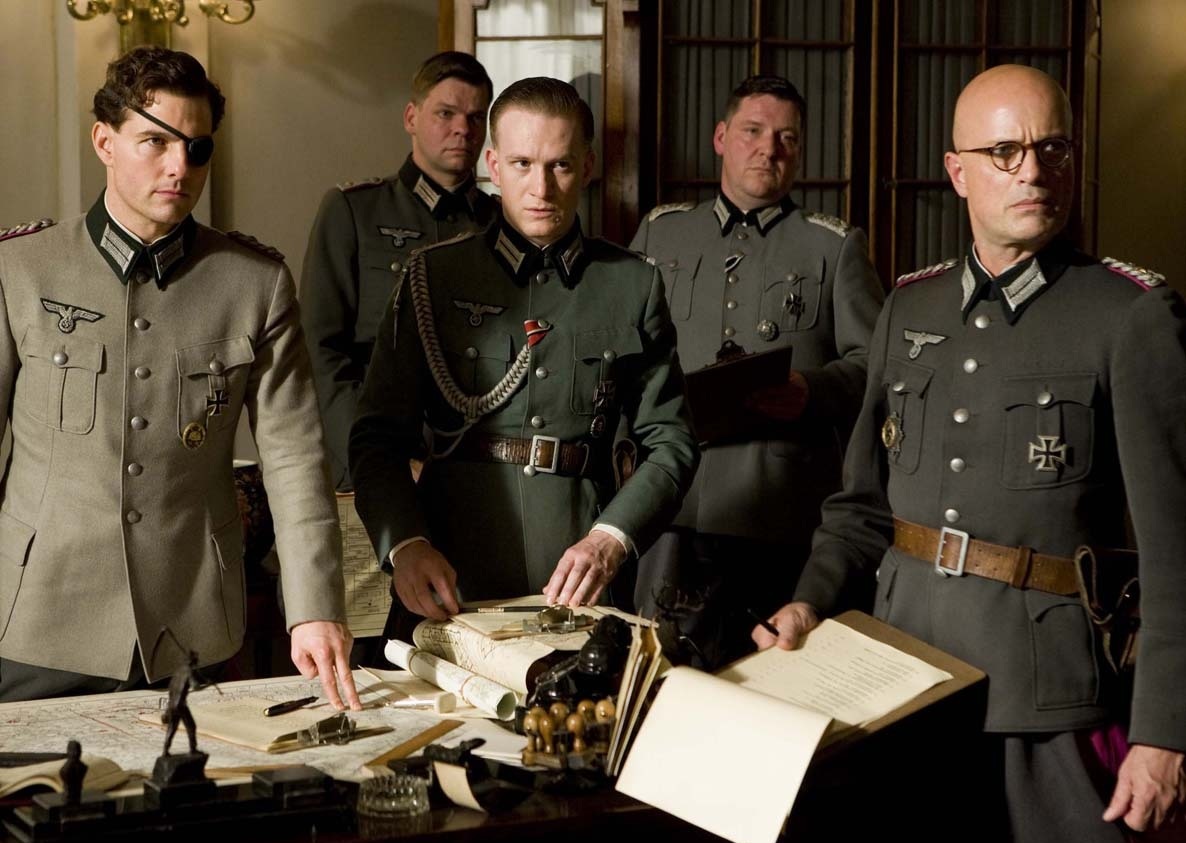 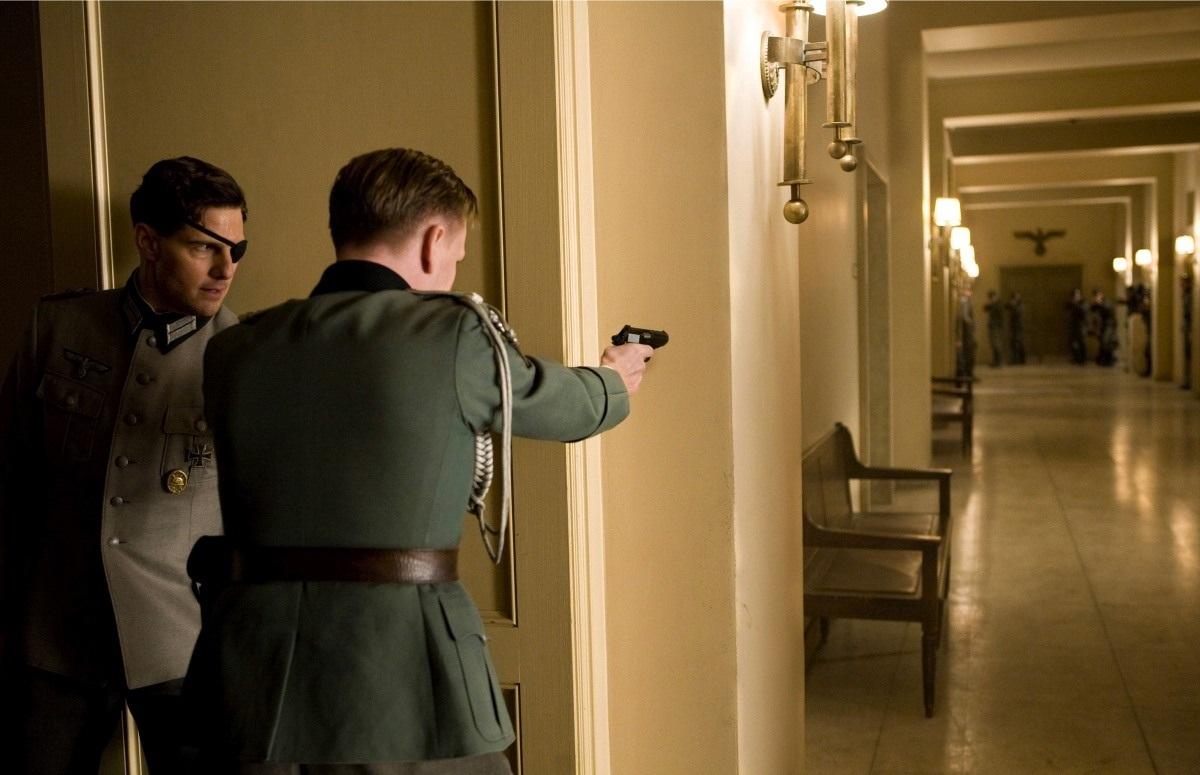 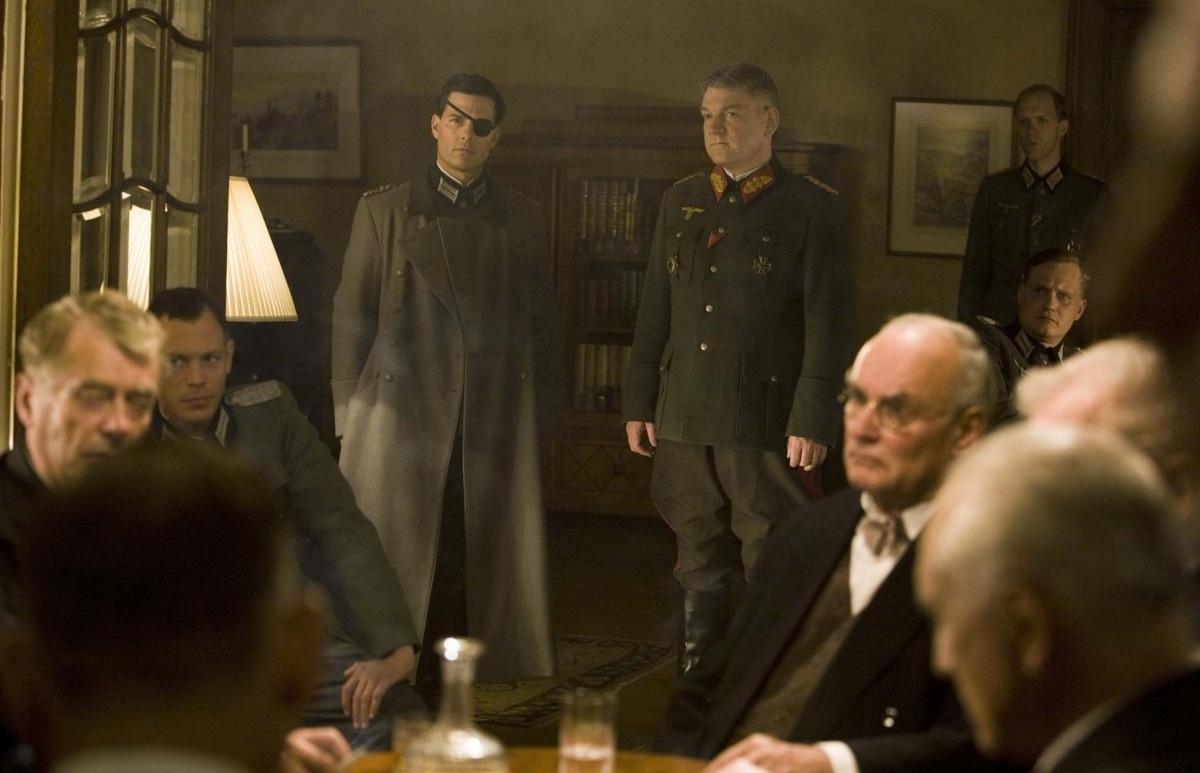 In the spotlight (2015) But this is my movieThe award has received, and even what - "Oscar" for the best film. How do journalists live and work? The film "In the center of attention" answers this question as maximally as possible, because the entire plot of the picture is based on a real investigation of the employees of the newspaper The Boston Globe. They studied the case materials day and night, at the office and at home, until they gave the whole world a sensational article about the dark side of the priests of the local metropolia. But it was just the tip of the iceberg - after publication it turned out that this happens not only in Boston and the US, but everywhere. 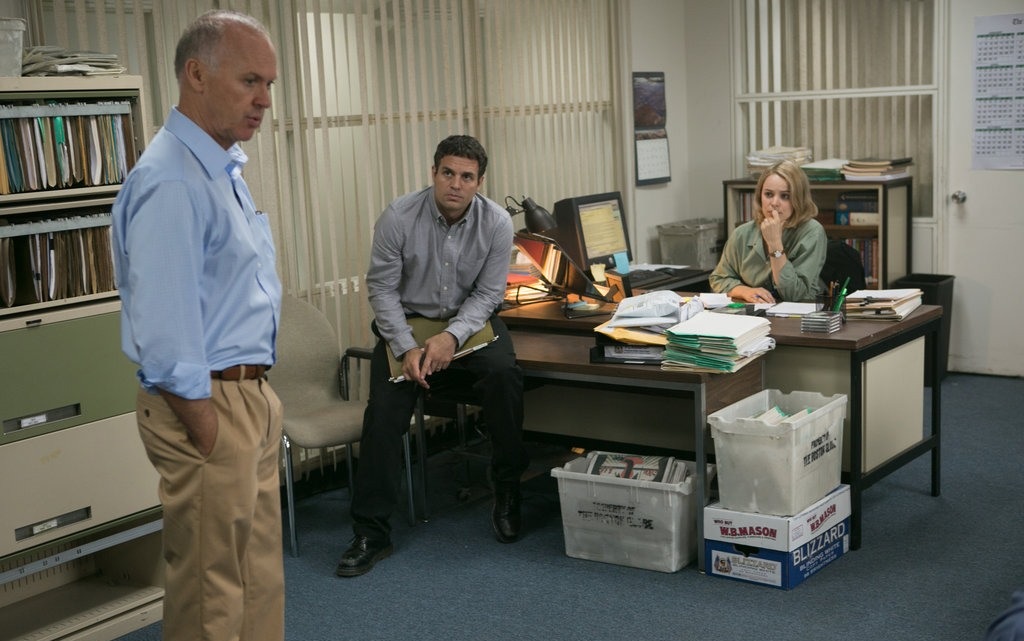 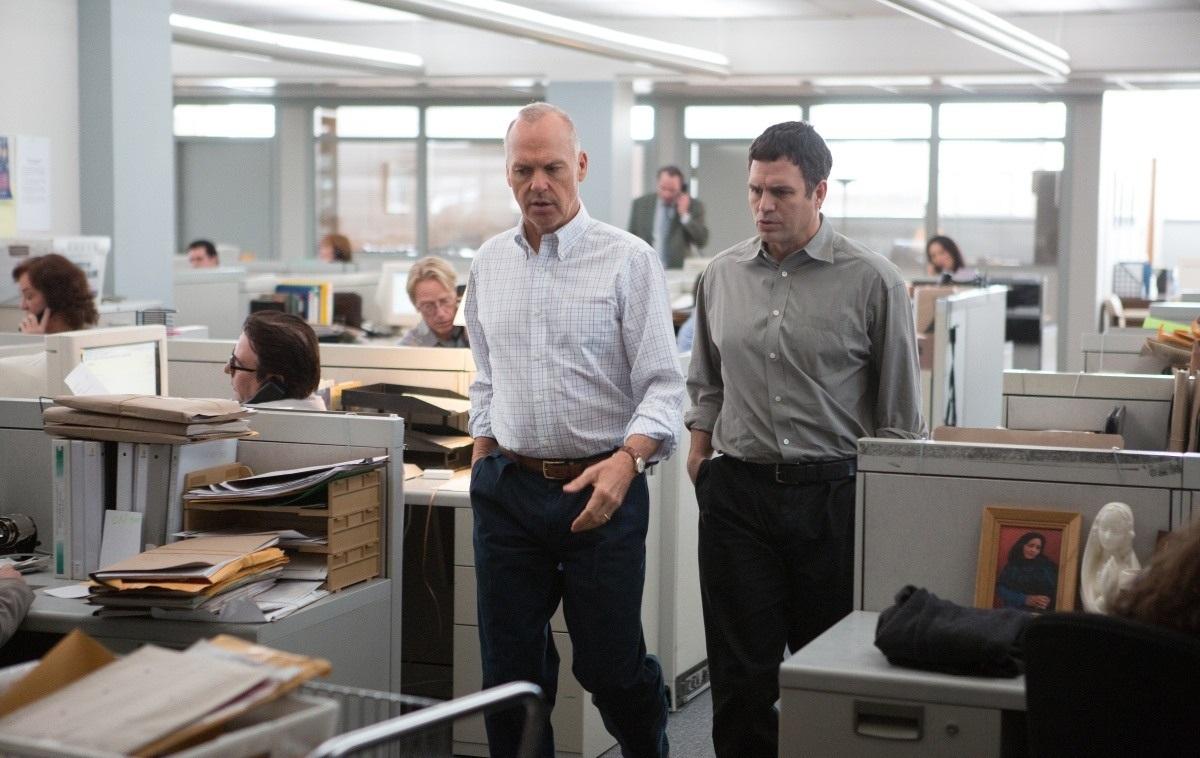 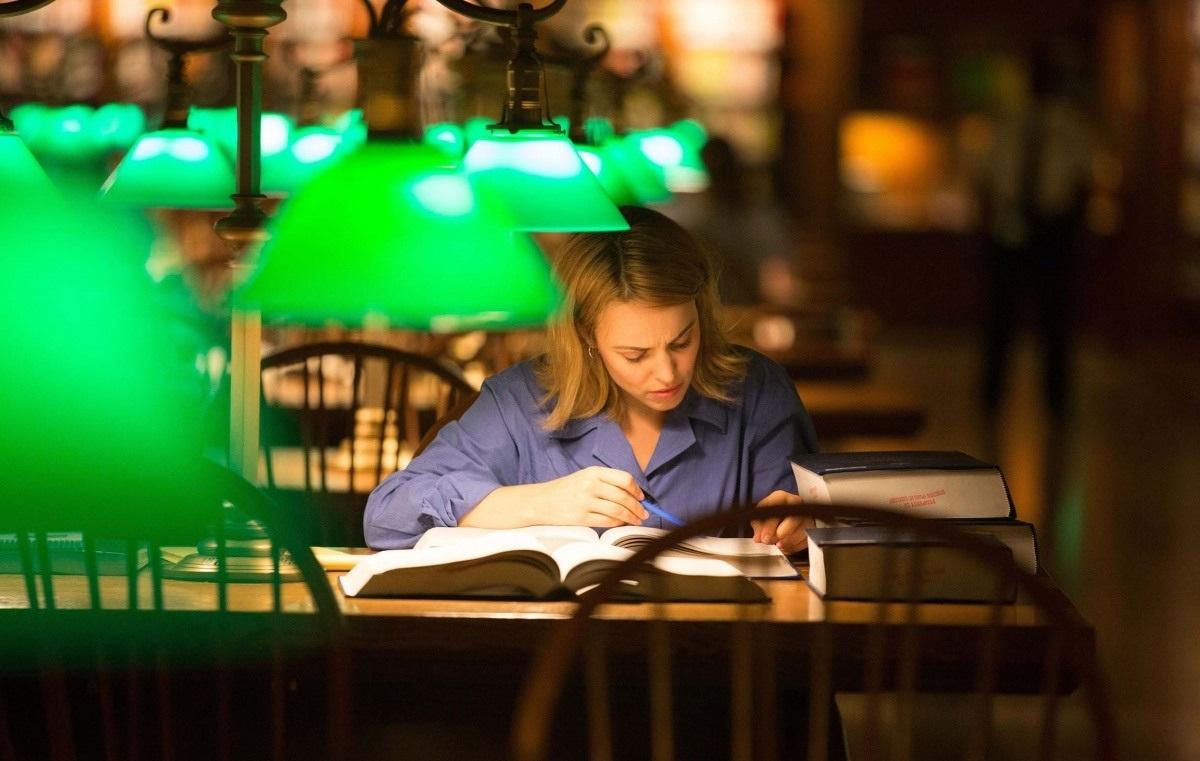 Spy (2015) Let's digress from complex dramas. The comic thriller "Spy" with Melissa McCarthy in the title role will appeal to all who want to just relax in front of the TV screen, laugh a couple of hours and go to sleep. Nevertheless, critics and viewers took Paul Poig's film very well, and some even dubbed it the best comedy of the past year. Why not see if they say that? 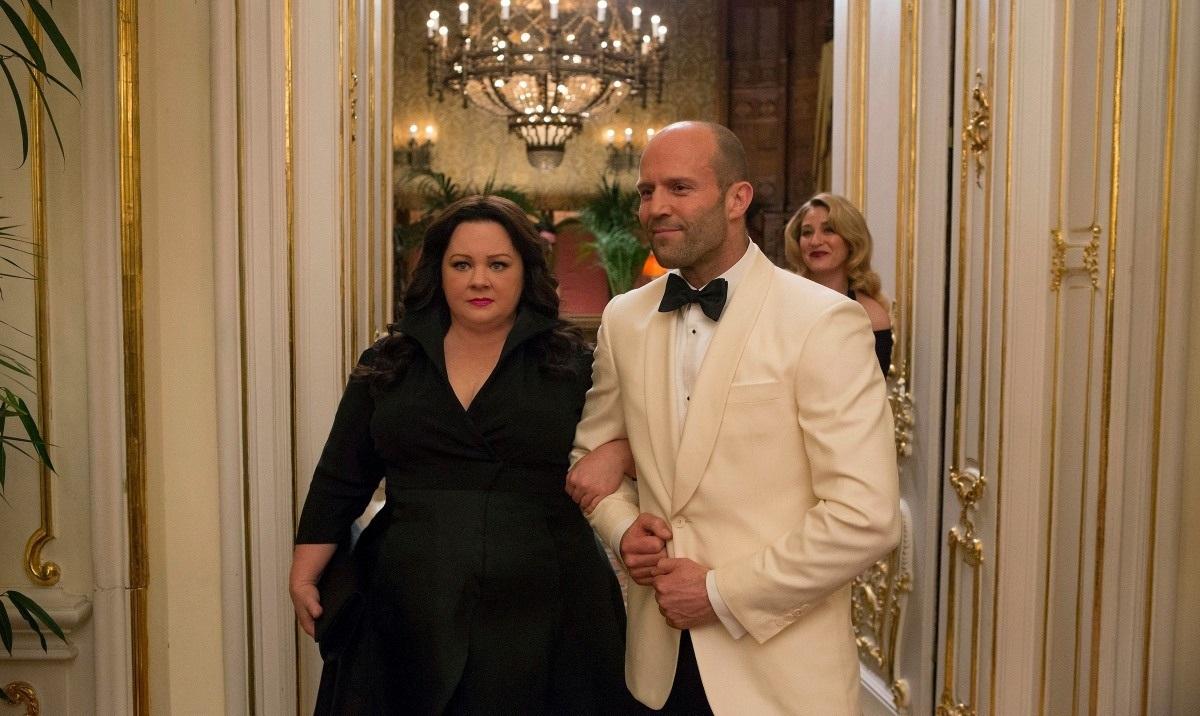 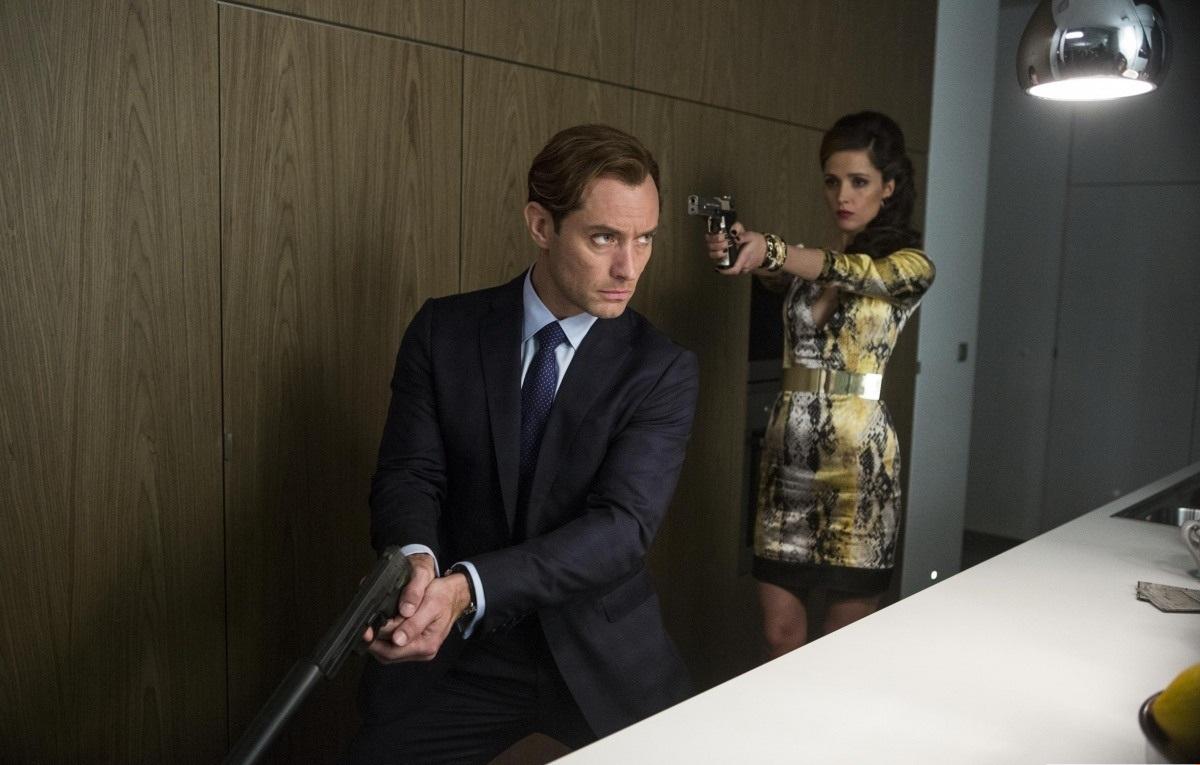 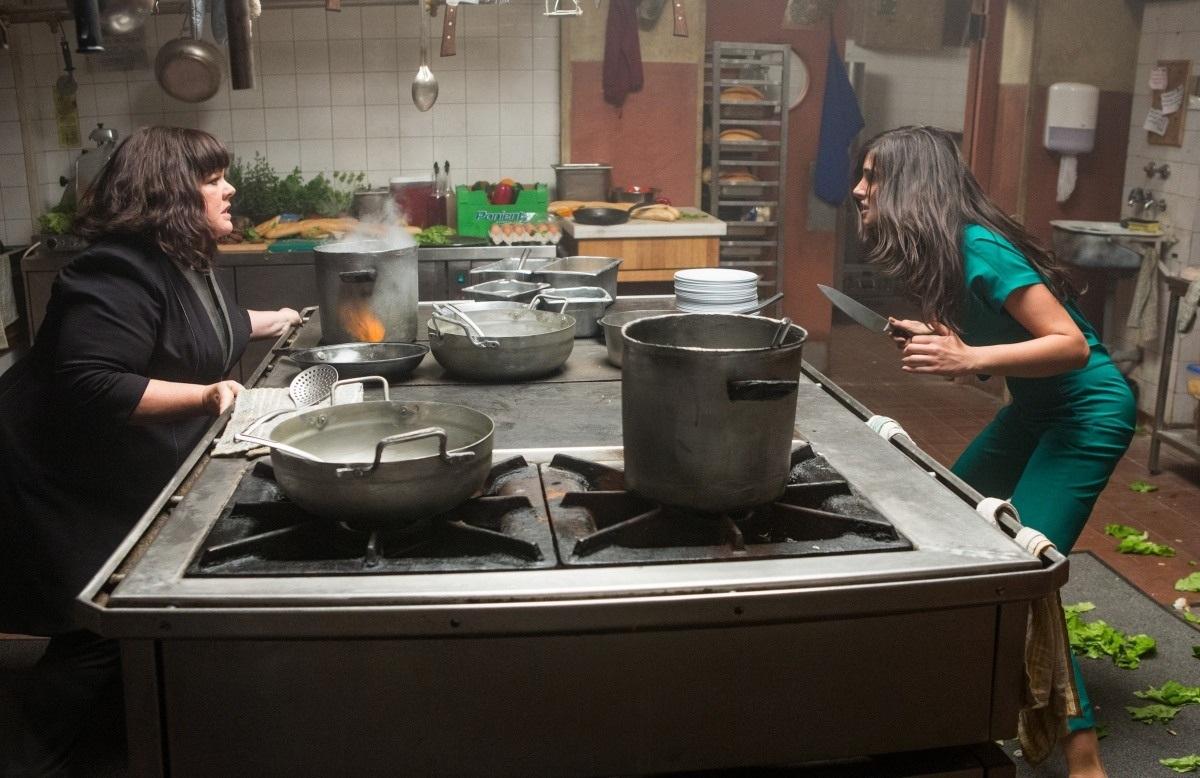 Jessica Jones (2015- ...) We already wrote about the serviceNetflix, this year, by the way, released and the Russian market. He recently produces very high-quality series - and "Jessica Jones" is one of those. This character is a superhero existing in the same Marvel universe, where there is the Hulk, Captain America and Spider-Man. But the manner of filing here is absolutely different - more gloomy, hopeless and desperate. But even in this world there is a place of love and beautiful interiors - both Jessica's step sister has succeeded there and there, while the latter catches a maniac, drinks a lot and can lift the car with one hand. 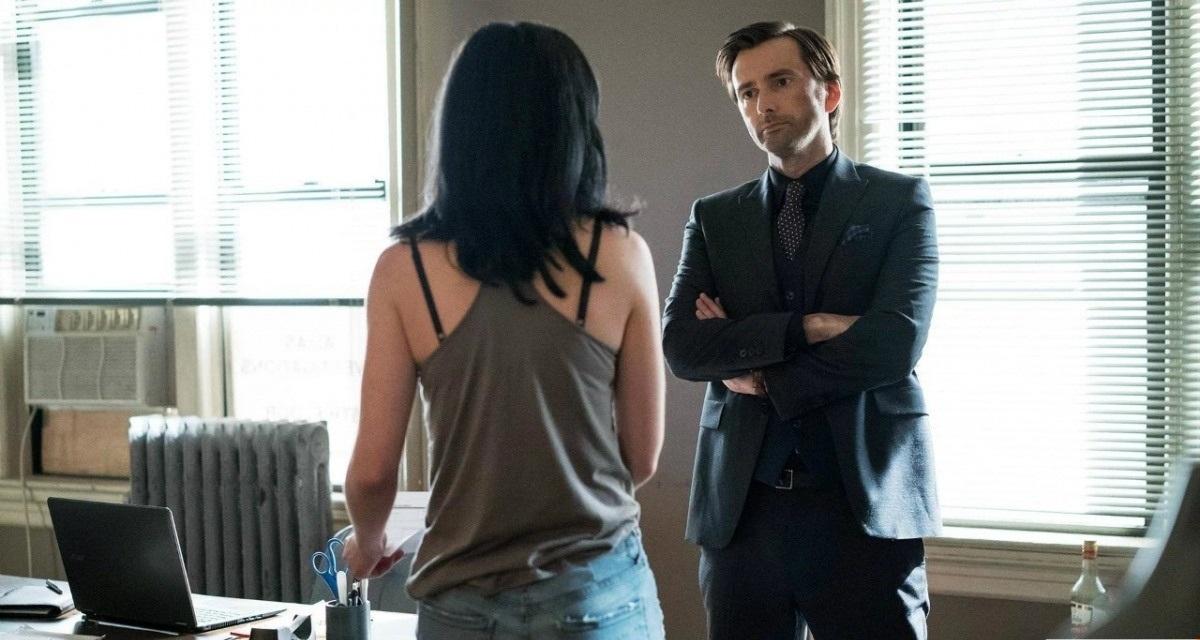