Today we will tell you about the most unusual buildings inWorld, whose architecture is amazing. House in the form of an egg, lotus, banknote and piano - we will try to surprise you! We have chosen 10 bright architectural projects from all over the world. Some of them are not yet implemented, others are already suitable for living and for the work of offices. They are tall, ultra-modern and incredibly beautiful.

Building with internal gardens, control systemhealth and smart technology plans to build in India. The project is being developed by the architectural studio James Law Cybertecture International, whose specialists love to work with high technologies. The estimated area of ​​the egg-shaped building is 32 thousand square meters. m. It will be equipped with solar batteries and windmills, which will generate electricity and make the building autonomous. To combat the greenhouse effect, gardens will be located inside the building. They will be watered with waste filtered water. When you look at a photograph of this building,it seems like it is 3D rendering. But we dare to assure you that this is a real building, the most that neither is an architectural work of art. The Lotus Building is a landmark in Changzhou, for which many tourists come there. Its authors are Studio 505 specialists (Australia). It is interesting that the name and appearance of the building also coincide with its location - in the center of an artificial reservoir. It is supported by 2,500 geothermal piles. The surrounding nature also enhances the aesthetic effect - a park with an area of ​​3.5 hectares. At night, the building is fully illuminated and looks magical. The futuristic Futuroscope building is located inthe French city of Poitiers. It is made of concrete and glass in the form of a crystal build-up. This vibrant representative of avant-garde art houses the second most visited amusement park in France. It was opened back in 1987. What makes it different from the rest is that there are no traditional “fun slides” or a Ferris wheel. People come here for new experiences (4D and 5D films, dancing with robots, light shows, staying in ideal environmental conditions) and much more. Building No. 4: The Banknote Building (Lithuania)

This building from Kaunas caught our attentionunusual decoration of the facade: it consists of 4 thousand glass panels covered with enamel paint. Together they form a huge canvas, which depicts a banknote of 1926 with a denomination of 1000 litas. A young architect Rimas Adomaitis and his team from RA Studio worked on the creation of the Office center 1000, or The Banknote Building. It was decided to build such a modern building on the outskirts of the city so that it would not contrast with the old buildings of Kaunas. The official opening of this building took place in 2008. It was timed to coincide with an important event for Lithuania - its accession to the European Union. Today 2 of the largest banks in the country are located here. For Kaunas, such a structure has a symbolic meaning, because it is the economic heart of the Baltic state. Cobra in Arabic culture symbolizes life andwisdom. This image is of great importance for the culture of the countries of the Middle East. Perhaps this is why the architects of Gulf International decided to create a building in Kuwait in the form of 2 cobras woven together. The project is still under development, but its visualizations are already able to interest and delight. Its construction was scheduled for 2008, but has been suspended due to the global financial crisis. Construction is going to resume in the coming years. Buildings are interesting because they move in a spiral. This is why there has been a lot of controversy over elevators. It is impossible to install a traditional lifting system here, so a compressed air technology (on the principle of a pneumatic tube) was proposed. We could not ignore the glorious city of Dubai,rich in unusual architectural solutions. Here the ambitious Anara Tower project by the British architectural studio Atkins awaits its turn for construction. It is planned that the building will have 700 floors, and the roof will be decorated with a stylized propeller. It will house the office of a large construction company, an art gallery, a restaurant, a luxury hotel and private apartments. We assigned the seventh position to the house Piano and ViolinShaped Building. It was designed by Huainan Fangkai Decoration Project Co. together with students of the Hefei University of Technology - future architects. The house is designed in the form of a large black piano and a transparent cello, which rests on its musical brother. Surprisingly, these architectural "instruments" are 50 times enlarged copies of real grand pianos and cello. You can read more about this building Tell about the most unusual houses and leave into the side the tallest building in the world is simply impossible. Therefore, we present to your attention the Burj Khalifa skyscraper, which is located in the ultra-modern city of Dubai. The building has 163 floors, and its height is 828 m. Impressive! The creation of such an architectural giant came to the mind of Adrian Smith, who is also the author of the famous Jin Mao skyscraper (China). He conceived Burj Khalifa as a city under a roof - with its own infrastructure, shops, parks, playgrounds and parking. The construction of this incredible building cost $ 1.5 billion. Its construction was carried out by the South Korean company Samsung. A huge flower shining with gold in the middle of the cityMacau is a 58-storey Grand Lisboa hotel. Its height is 261 m. It has 430 rooms, 15 restaurants, as well as 786 slot machines and 268 gaming tables. The flower building was designed by architects Sun Myung and Dennis Lau. Its construction was completed in 2008 and today this hotel is considered one of the most attractive in Asia. 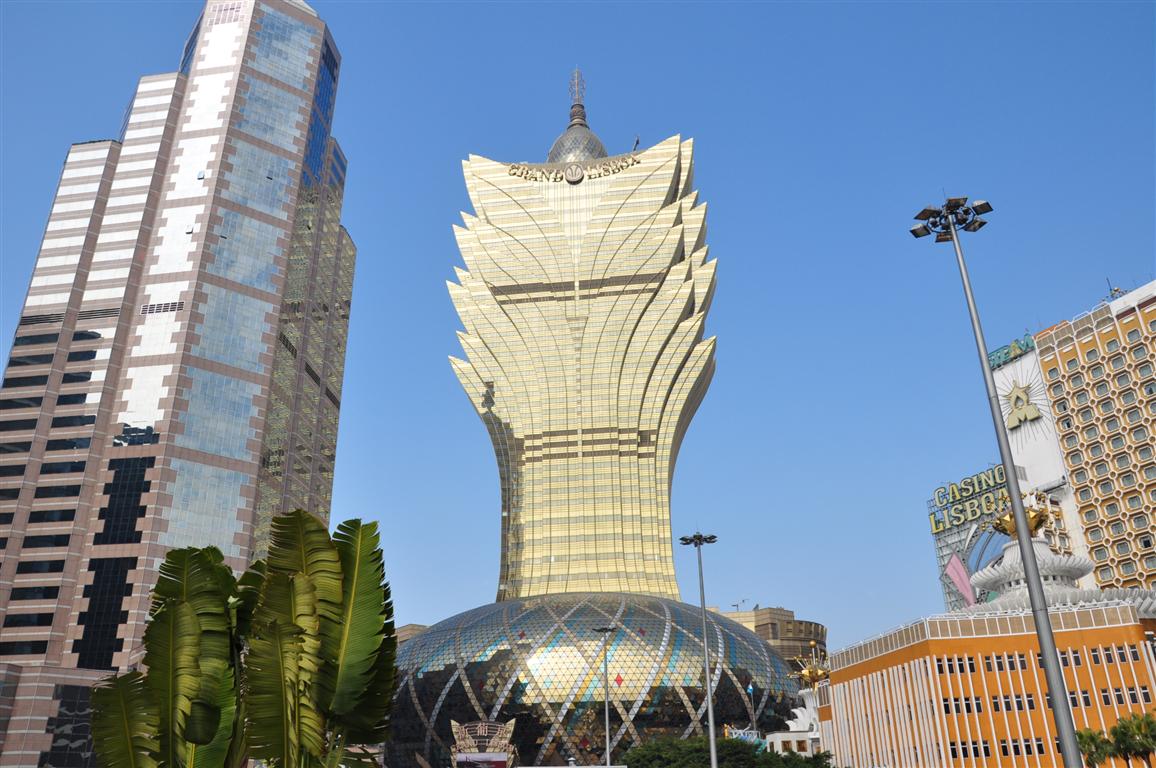 Our small review ends with a house in the form of ... a basket.Yes, it’s baskets! This unusual 7-story building is located in Newark, Ohio and is the main headquarters of the American Longaberger basket company. It is the largest basket and wicker manufacturer in America. The building was designed and implemented by 2 architectural studios: NBBJ and Korda / Nemeth Engineering. The head of the Longaberger basket company originally planned to decorate all the division buildings in the same spirit, but it turned out to be too expensive. Agree, such a structure looks more than unusual and is also an advertisement.