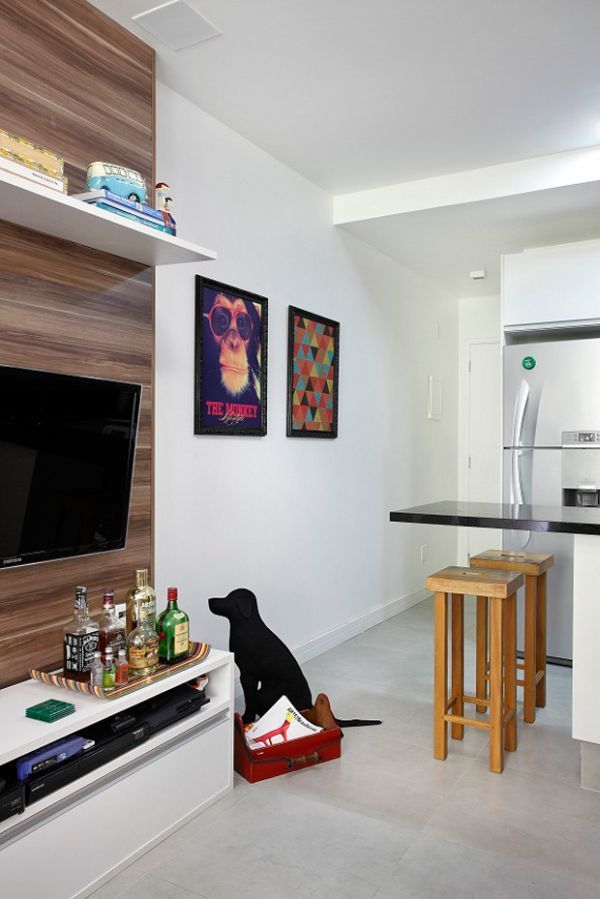 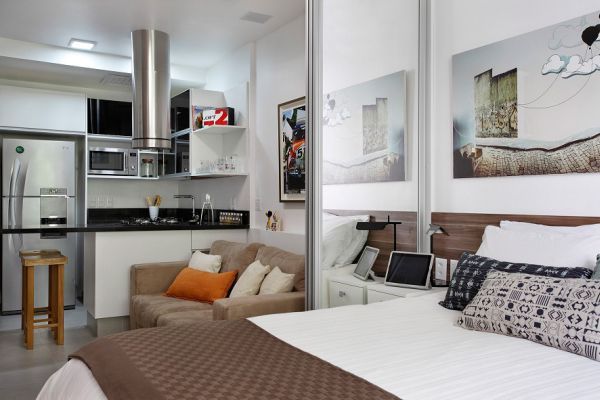 High-rise apartment buildings often includenot only spacious apartments, but also more economical options with the so-called linear layout. For example, the area of ​​one such room in Rio de Janeiro is only 27 square meters, from which a cozy and unusual accommodation was obtained. In this studio, of course, there is only onewindow located directly opposite the entrance from the opposite side. Therefore, the ideas of all kinds of transverse partitions in this case are completely irrelevant, since such constructions will block the intake of natural light from the street. The easiest way to divide such a room into several functional areas that will follow each other. For example, closer to the window arrange the sleeping area, then - a compact living room with a plasma panel on the wall, and behind it - a kitchen with a bar, smoothly passing into the hallway with access to the bathroom. In this project, an original stroke with a thin sliding partition is used, which, if necessary, closes the bed from prying eyes. Moreover, from the inside it has a mirror surface that visually increases the living space. 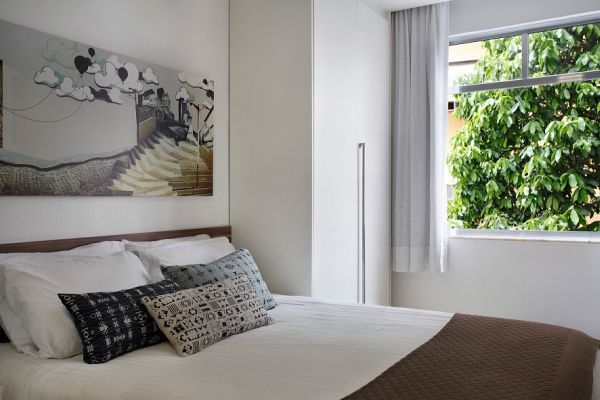 It should be noted that the landlord did everythingto make it look wider. To do this, he used borrowed from the southern regions, the main characteristics of which are light colors such as white and pale cream and an open window opening. For the same purpose, the walls are decorated with a large number of paintings and a wooden panel for mounting a TV. In addition to the horizontal décor, he has equipped the living area with a powerful flat light, which becomes a central accent that creates even more volume. In this case, we can talk about the idealchoosing the necessary pieces of furniture that do not clutter up the space, but rather facilitate it. The main example of such a headset is a bar in the kitchen, which is used by the only person living here as a working and dining surface. The storage system is also thought out to the smallest detail - this can be seen by considering the long stand for clothes and the original mini bar. Excess of small decorative items usually createsheavy atmosphere, as it almost always leads to a feeling of a little disorder. As a result, the studio owner considered it sufficient to leave a small number of works of art and posters, and also diluted the interior’s too light interior with brown tones of textiles, thus bringing it closer to the minimalist style. 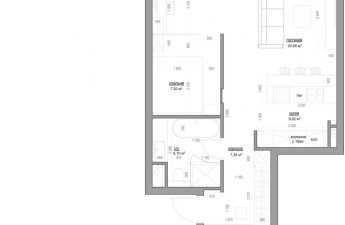 Photo examples of the design of small city apartments Small studio apartment: interior design on an area of ​​15 m2 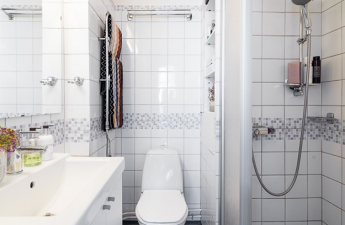