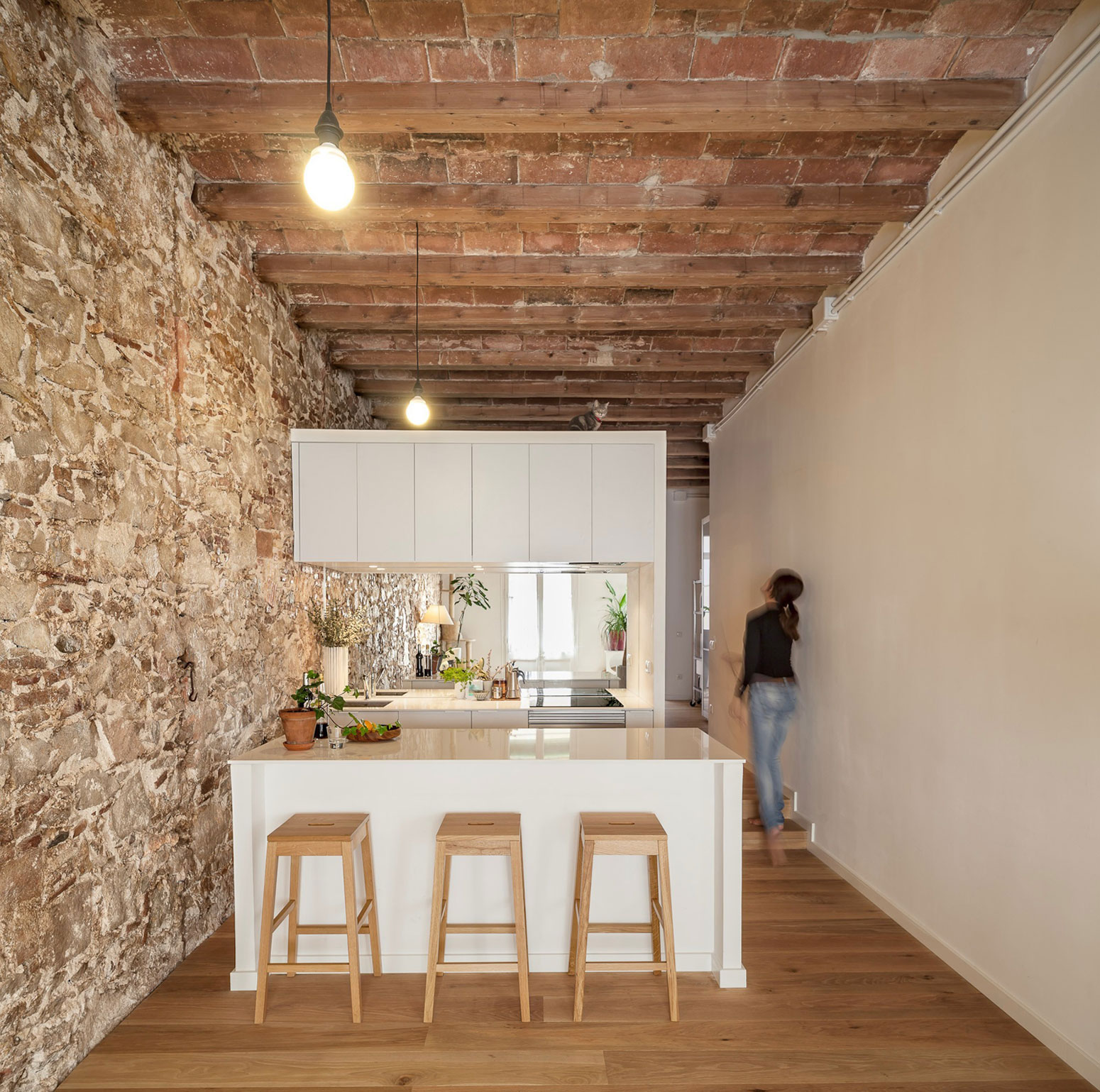 The apartment is located in Les Corts - business andfinancial center of Barcelona. Despite this modern significance, the area has a long history and is built up with fairly old buildings. In particular, the reconstructed room is located in the house of the XIX century. Mistress Yuna is a Japanese woman who settled in Spain long ago. However, it did not eradicate the tendency towards traditional Asian minimalism.

Initially the apartment was randomly built up.walls, rooms, corridors. Therefore, the first step was the release of the entire area. Not touched only the original massive beams on the ceiling and bare walls of ancient stone.

The central detail of the project was a strict white cube, whose walls do not reach the ceiling. 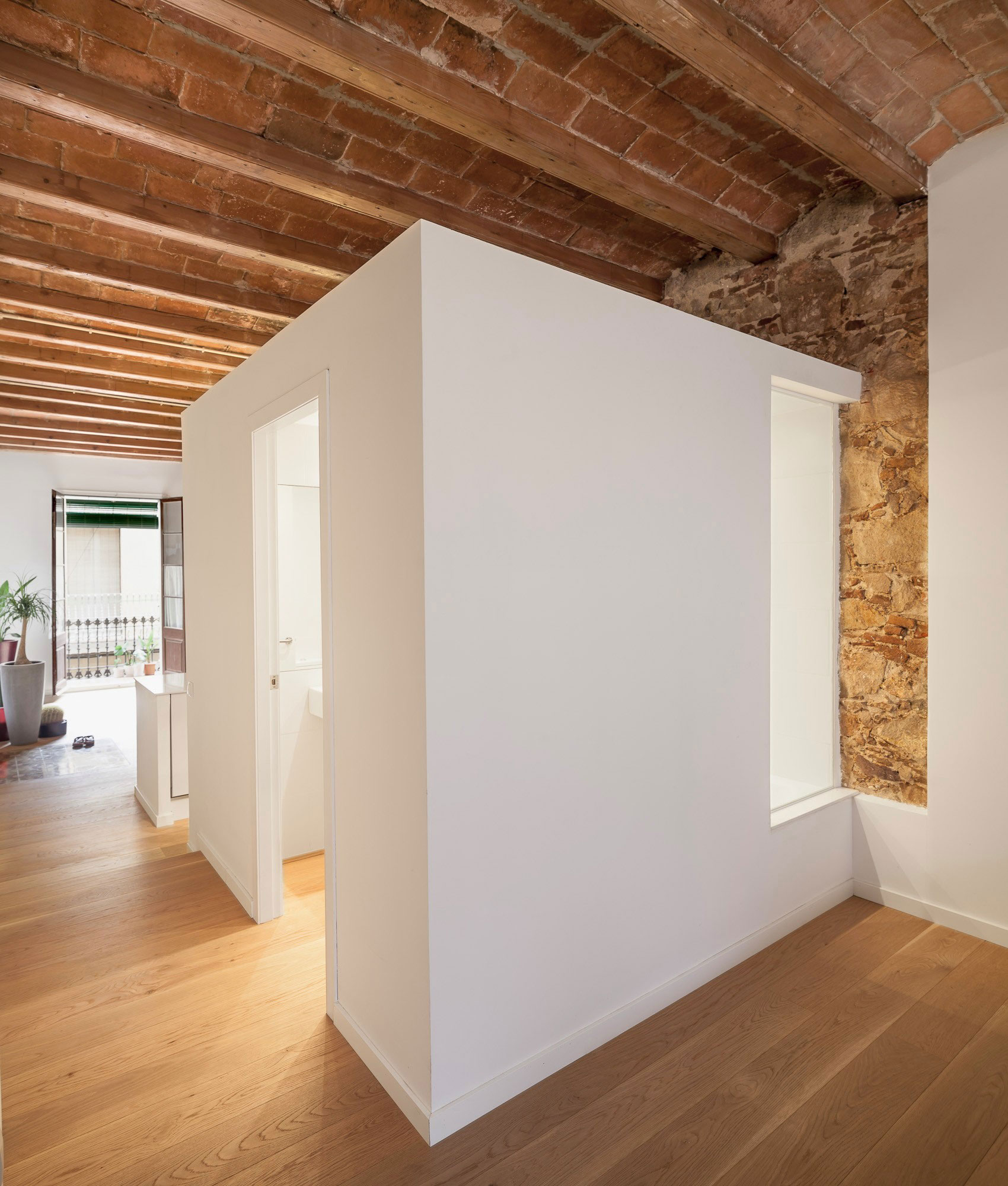 This architectural element separates the bedroom area, making it private. At the same time does not clutter up the space. 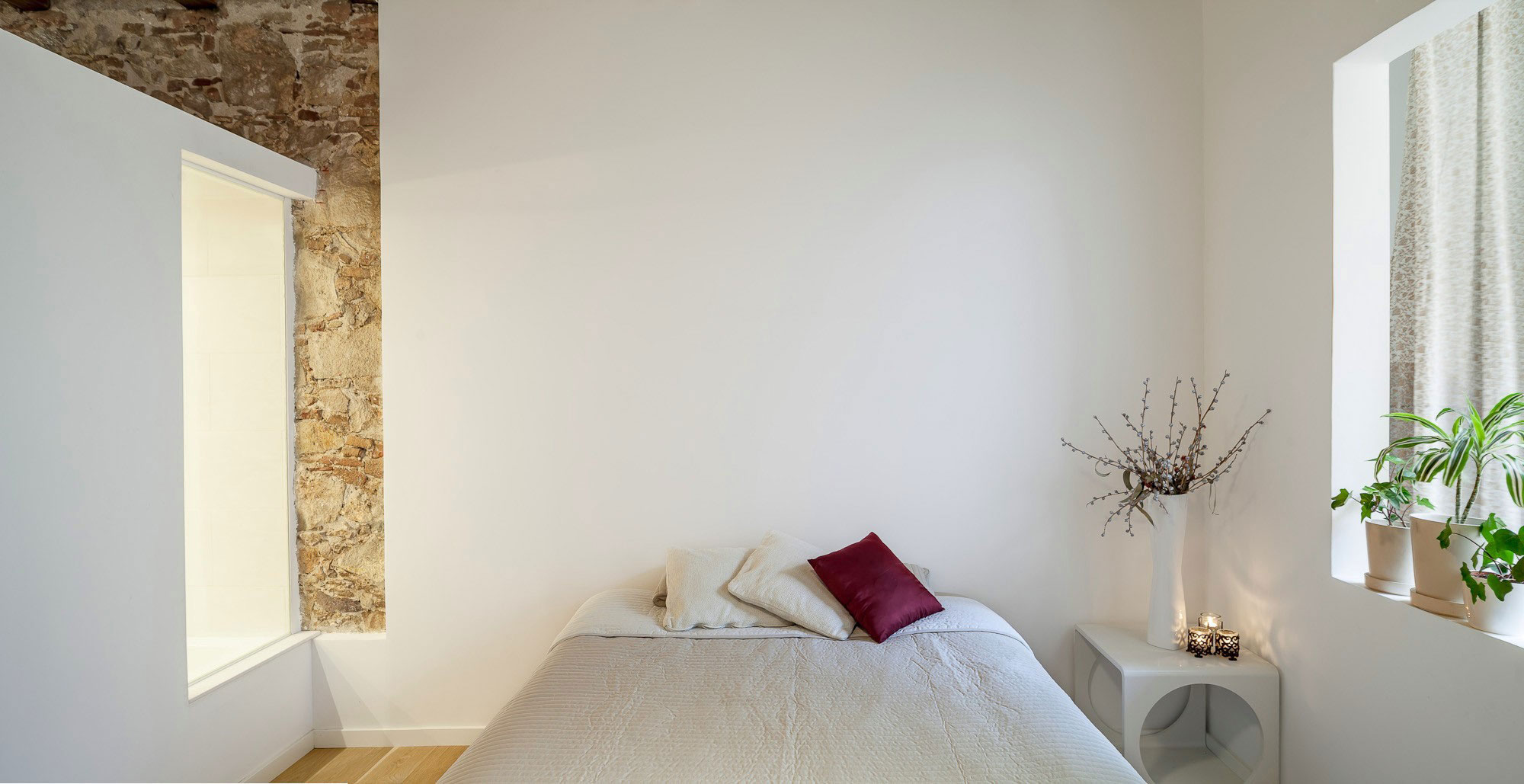 A large balcony opening lets in plenty of natural light. Also allows you to see a beautiful floor pattern that looks like a carpet. The bathroom is located in the box. Opposite the bath there is a window that goes straight into the bedroom. 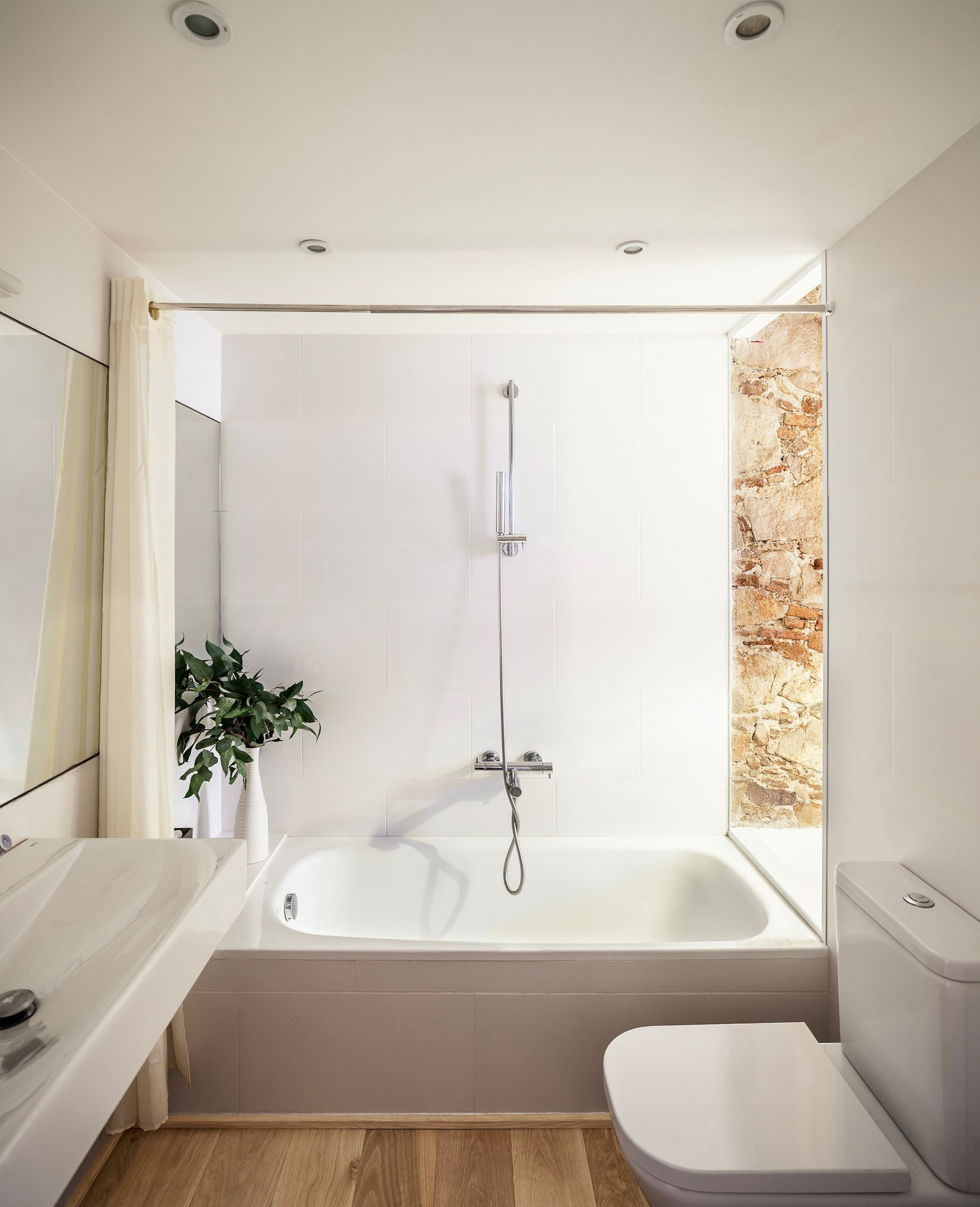 The floor of the bathroom, bedroom and balcony is raised relative to the level of the rest of the apartment by 30 cm. 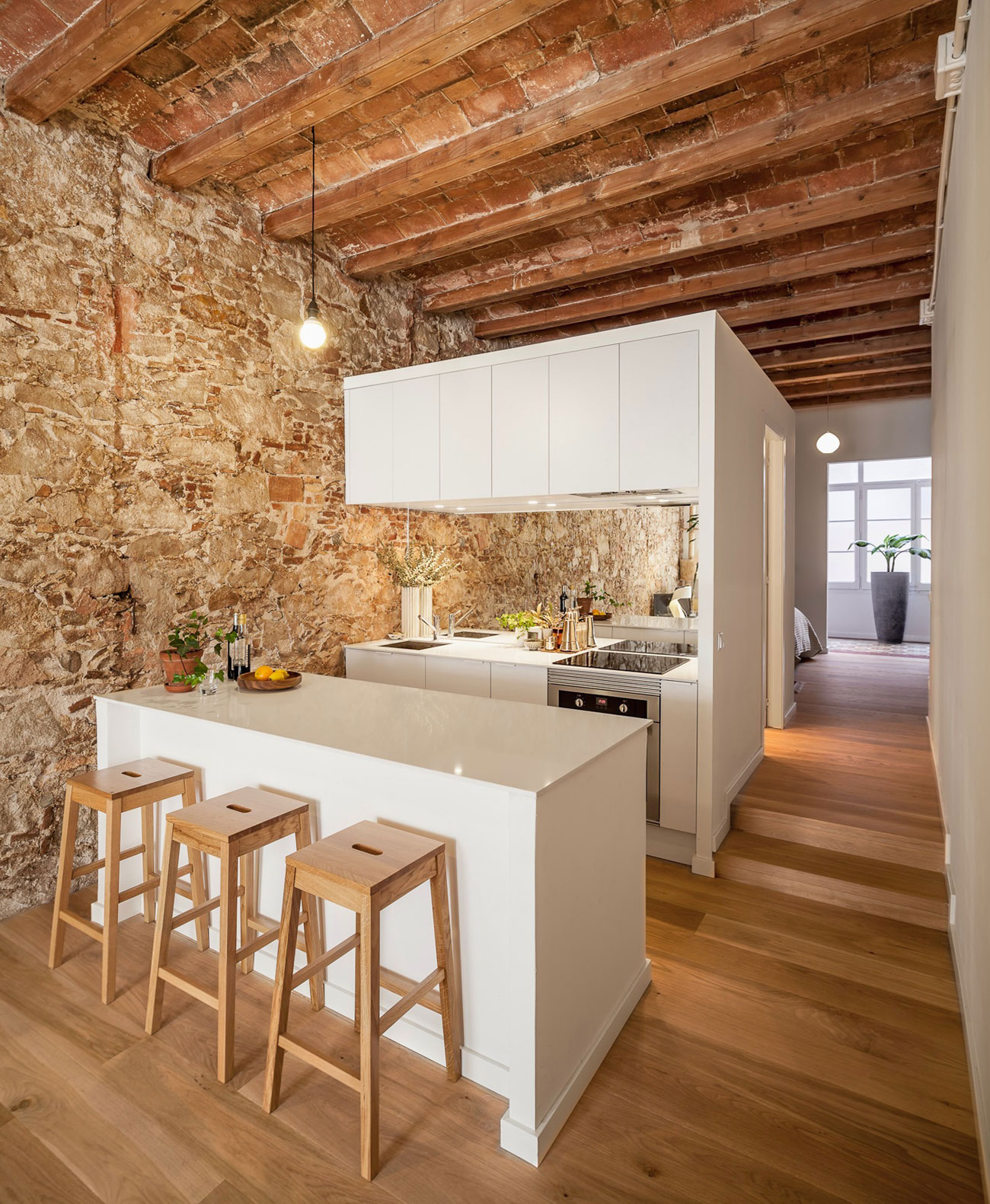 The mirror built into the cube creates a visual perspective and depth in the kitchen.

The materials chosen for decoration are environmentally friendly and correspond to the time of construction of the house. This stone, wood, oak, pine beams and mosaic in the style of the era.

To make the atmosphere more comfortable, Yuna fashioned for her cats — Tau and Misha — a ladder. Now the roof of the box has become their favorite place to play.

The project Sergi Pons clearly shows howWith one successful element, you can completely transform the interior. Here the geometric cube became such a find. He simultaneously separated and streamlined the rather difficult configuration of an elongated room.

The interior of a small apartment: a photo of light design

The interior of a small apartment: photo 64 design options

The interior of a small apartment: photos and tips

The interior of a small apartment: a Scandinavian-style photo.

The interior of a small apartment: a photo of cozy housing in Stockholm 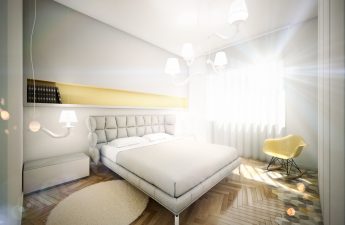 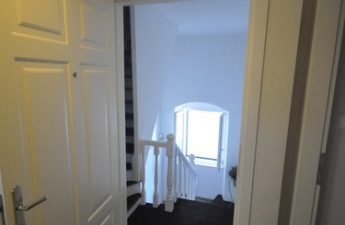 Simple and cozy interior of a two-bedroom apartment in Croatia 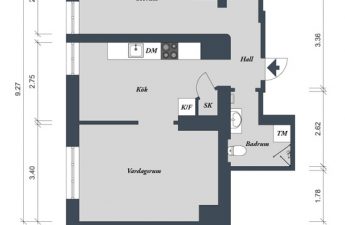