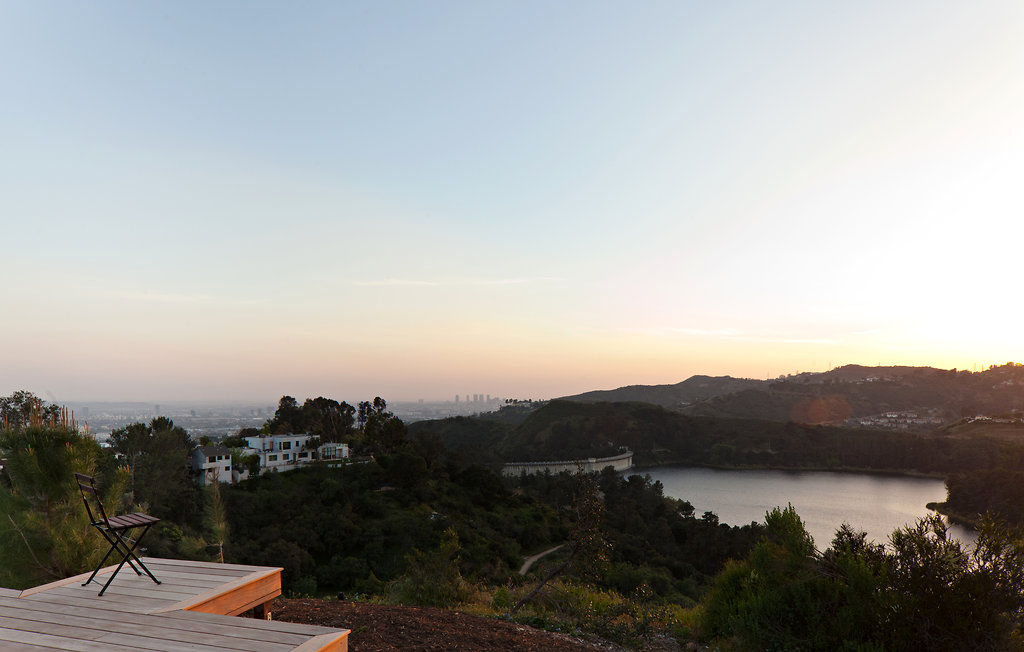 September 11 celebrates the birthday of one of the mostExtraordinary musicians - Moby. For his 49 years, he went from living in a poor apartment in Harlem to purchase your own castle in the Hollywood Hills, and the castle you should see It tells himself, Moby, his current home is a complete contrast to the tiny dark apartment, where he lived in Childhood. When the musician first saw the castle built in 1920 on the Hollywood Hills, he decided that he was the materialization of his childhood dream and, without hesitation, bought it. 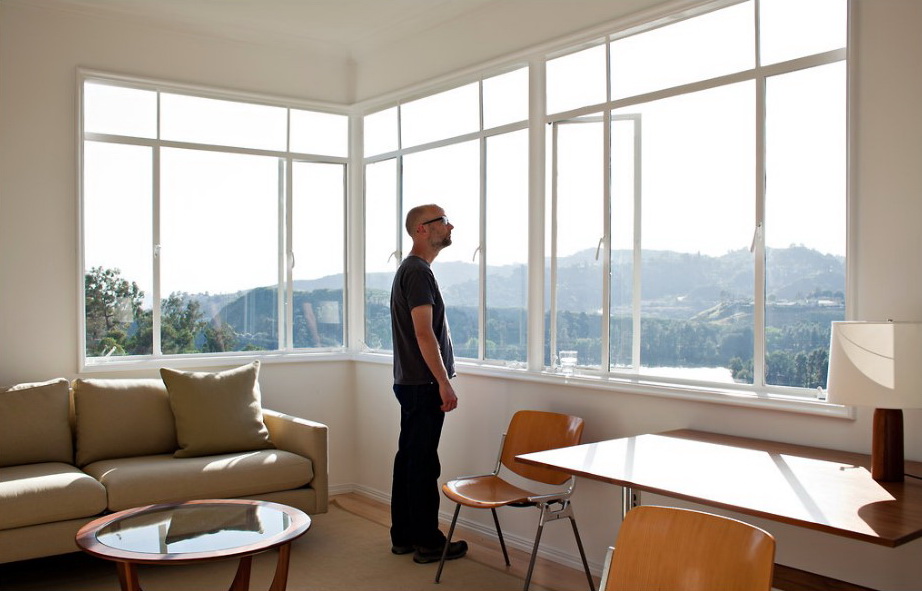 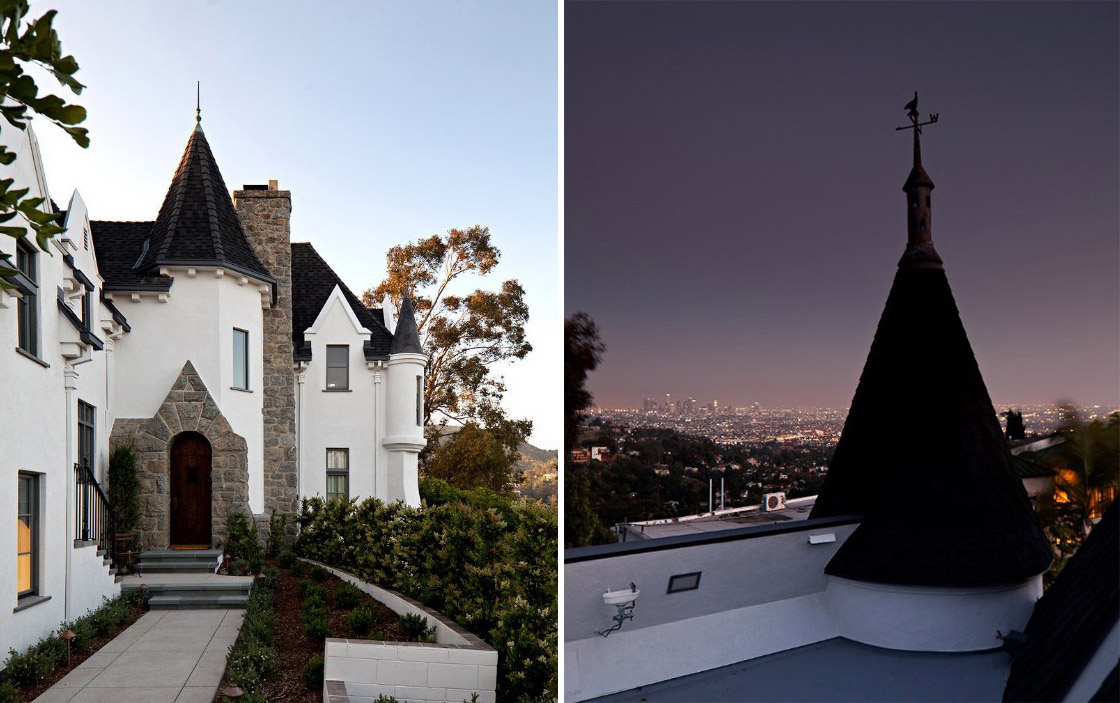 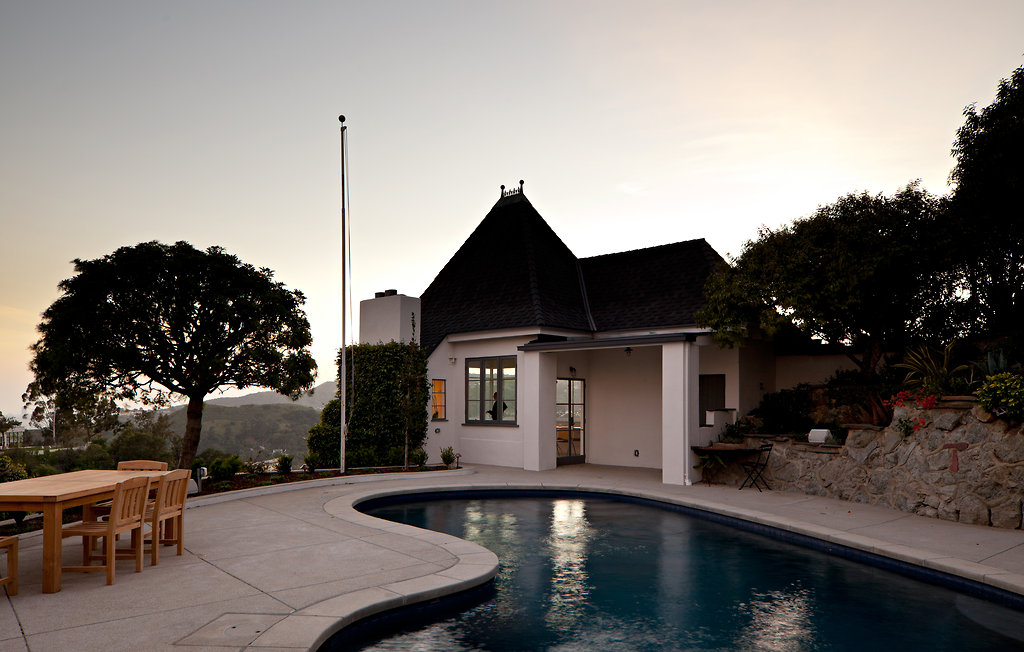 Unlike the ideal exterior, the filling of the houseDid not satisfy the tastes of Moby. The abundance of dark wood, the predominance of black, dark gray and dark brown tones - all this disliked the light creative nature of the musician. Moby carried out the reconstruction of the castle, giving the interior a more elegant and restrained look. However, he retained such characteristic details as wooden ceiling beams, oak spiral staircases and Gothic fireplaces. 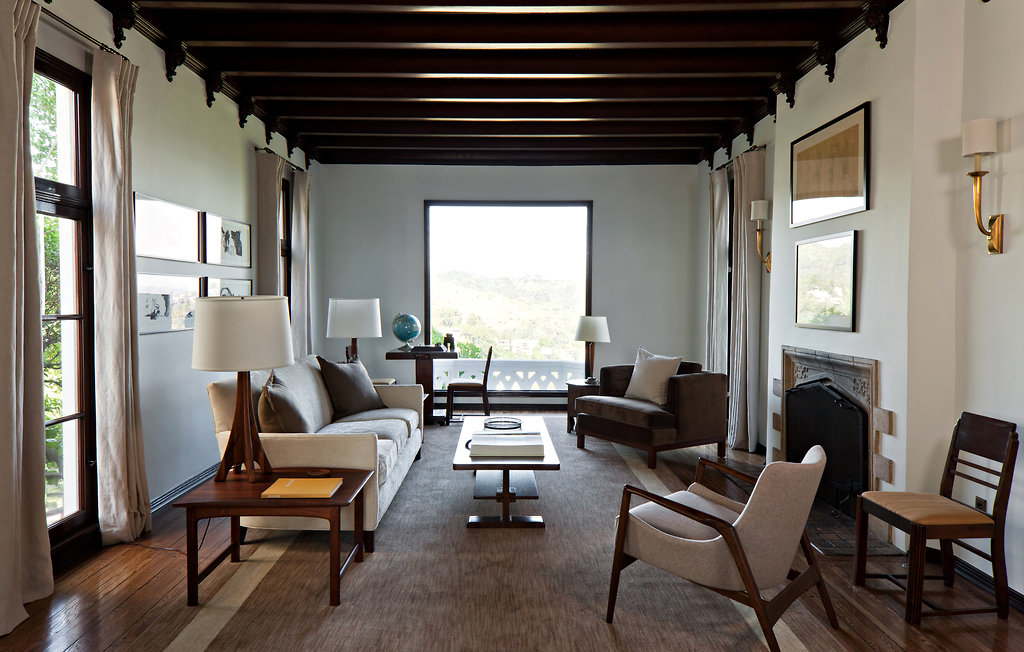 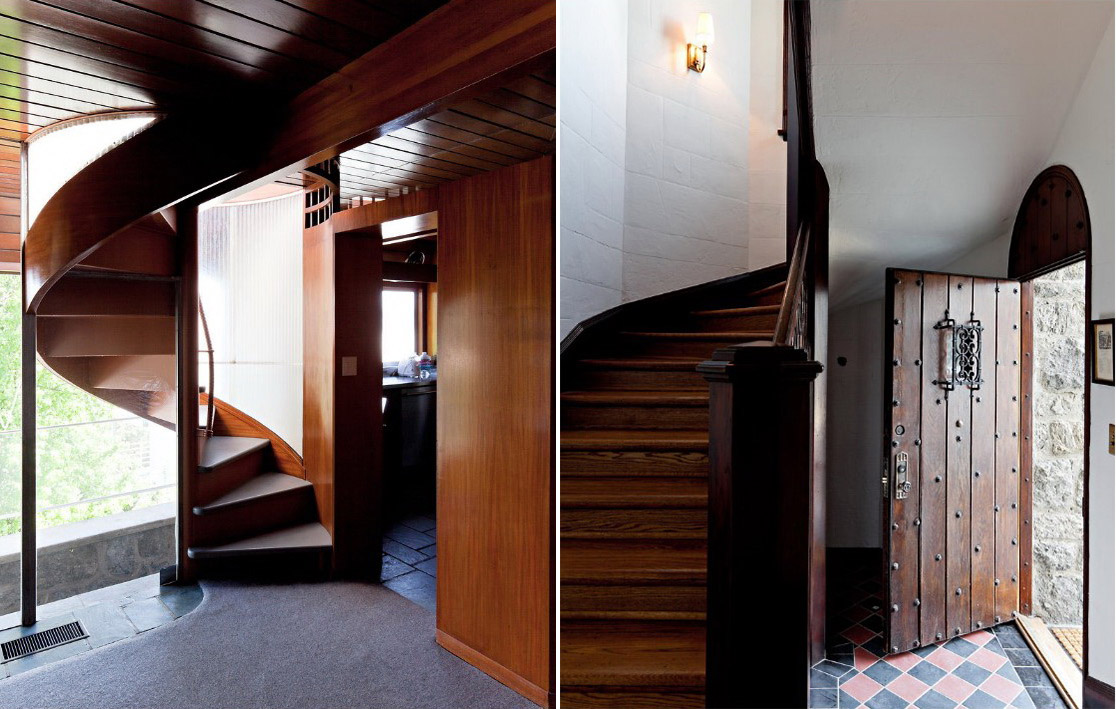 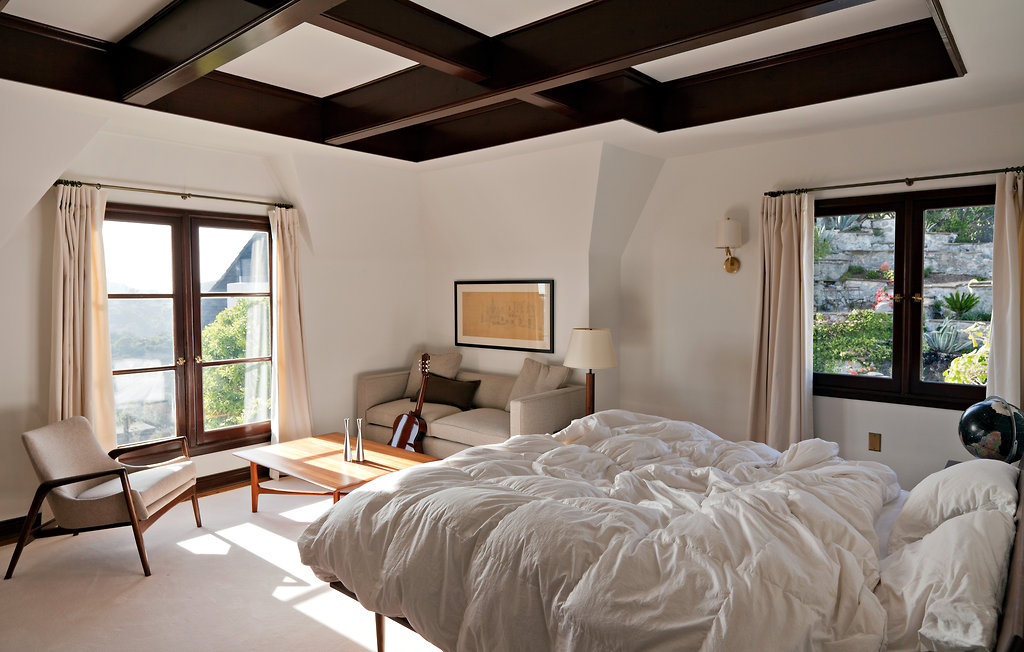 The furnishings are in American styleThe middle of the last century. According to Moby, it is an ideal compromise between the heavy furniture of the 1920s and the plastic designer feats of the 21st century. In addition, thanks to a combination of American and English styles, the house has acquired a unique and unique appearance. 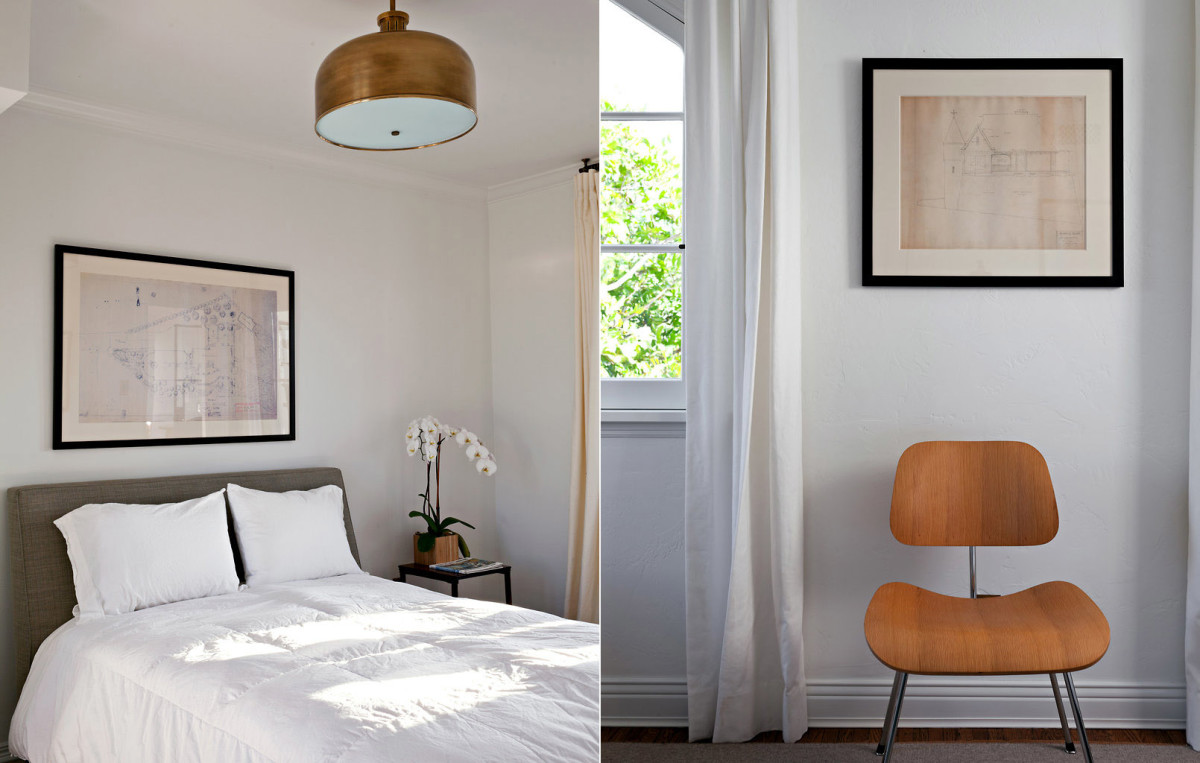 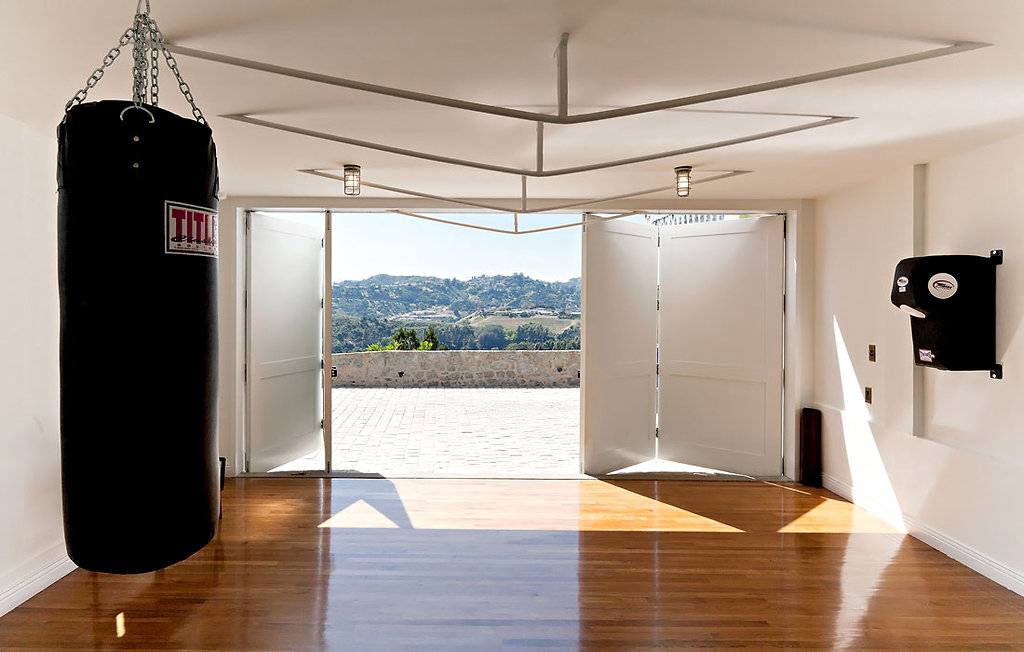 The originality of the house and its owner is emphasizedunusual decorative accessories: vintage posters, graphic illustrations for cartoons, globes from the musician's personal collection, original architectural plans of the house in picture frames. All these things are not immediately apparent. You only notice them when you look at the interior in detail. This is exactly the effect Moby sought when creating the decor of the rooms. He didn’t want the interior of the house to distract attention from the stunning views from the windows. 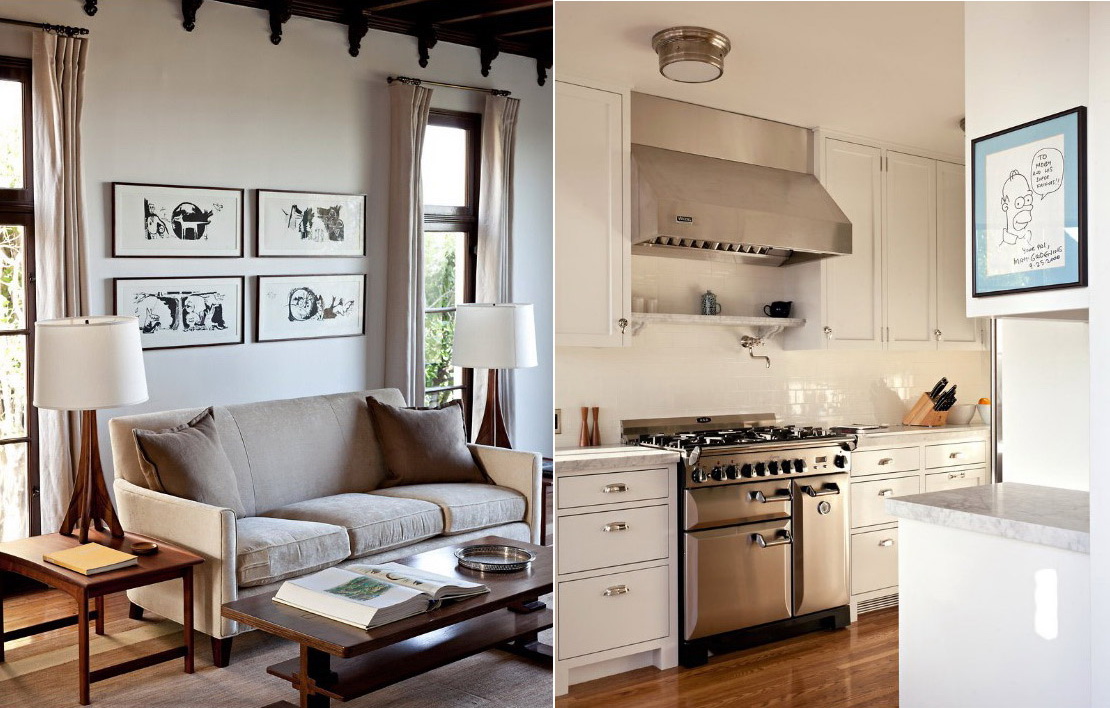 How to create an interior in the style of Moby: