Is it possible to live happily at 13 meters? Spouses Tek claim that it is quite real and even convenient - everything at hand and nothing superfluous around. All the secrets of this unusual tiny house - in our new material The couple Malissa Tack, Chris Tack (Malissa Tack, Chris Tack) devoted their lives to high technologies and did not think that they would one day adhere to a new eco-friendly trend for tiny country houses. However, the idea noticed somewhere on the Internet captured them completely, and after a while the couple already bought building materials and stormed the forums of the same enthusiasts. 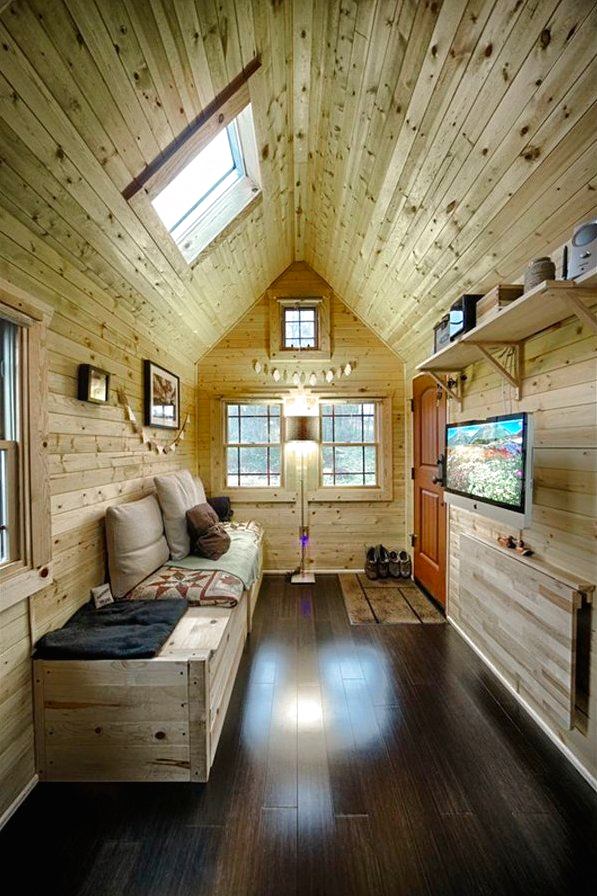 Of course, to build by own hands let and small(Only 13 square meters) house for a programmer and a 3D artist was not easy. Especially many difficulties caused the installation of windows, but the experience of the team and the great desire to do it all had an effect, and in 2011 the couple became owners of their own tiny dwelling. Regarding the interior, you can say only one thing -It is maximally functional. The living room is equipped so that sitting on the couch can be read without worrying about the lack of lighting - on both sides of the sofa are windows, another cut in the ceiling. Opposite the sofa is a large monitor from iMac, which works simultaneously in two directions - entertaining the spouses as a TV and helping to work as a full-fledged computer. 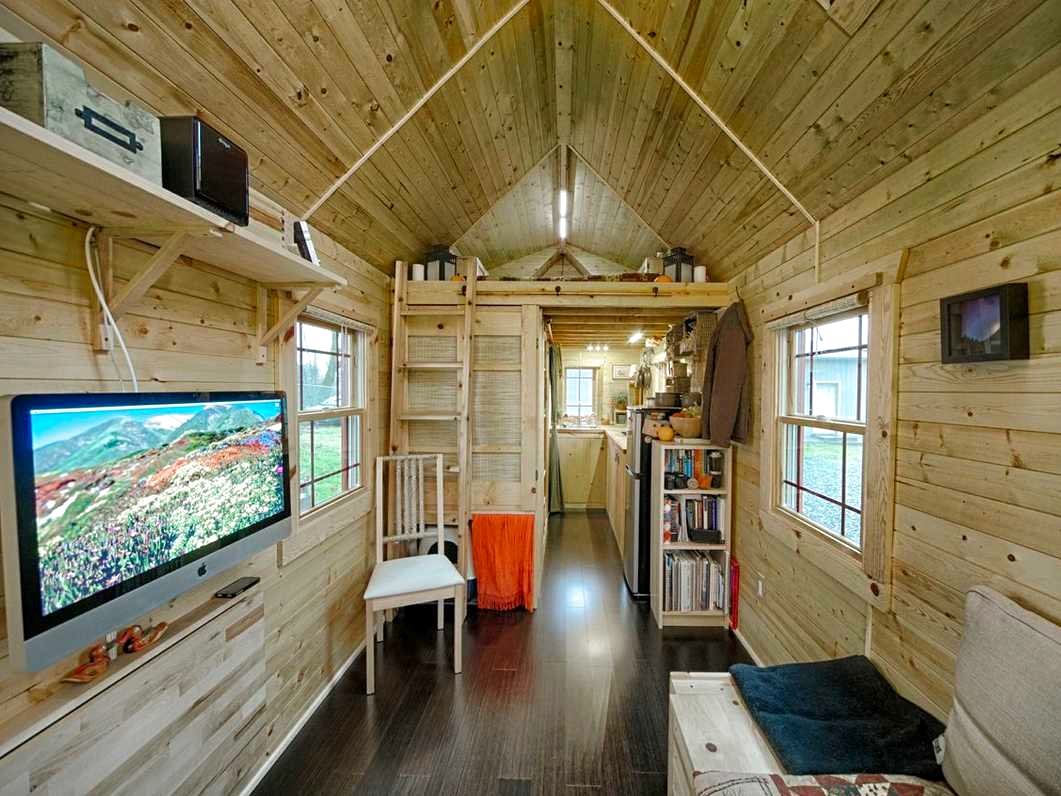 Pay attention to the panel under the TV. In reality, this is a folding desktop. Not far from the sofa is the most common chair, which the couple also use in two variations - as a chair and as a coffee table. The kitchen here is compact to the extreme - cupsLiterally hang on the ceiling. The tendency to multifunctionality has been preserved in the kitchen. The refrigerator is used as a tablet for magnetic containers. Suspended shelf-baskets can also be used as portable storage systems. High ceilings made it possible to equip the bedroom withSecond floor - directly above the kitchen. A huge bed occupies almost the entire space, but there is still room for two lockers. They spouse store books and toiletries. Chet Tak claims that in living at 13 meters is notSo it's scary. Moreover, after moving the couple began to treat each other with great respect - no room in the house is divided by walls, Malissa and Chris are constantly together. Businessinsider.com

Project of the week: a very fashionable apartment for a young couple

Small balcony: how to make a beautiful cozy and favorite place in the house

Behind the window is the Alps: a chalet in a block of flats

How to equip a sauna in a house or apartment: 4 important points