How to create an interior in which a person withLimited mobility will feel comfortable not only physically, but emotionally? Today in our material - a unique design project from Anastasia Topoyeva. To create a stylish and cozy interior for a young couple in a one-room apartment - it would seem, not the most difficult task for a designer. However, work on this project was a real test of talent and professionalism for the architect Anastasia Topoyeva and her co-authors: Niko Rickert and Martin Tamka. The thing is that the couple living in the apartment is not quite ordinary: the husband moves around in a wheelchair. Anastasia Topoeva, architect Head of the Moscow office of the company "Ptam № 2". Graduated from the Voronezh Art School with a degree in Painter and Painter, as well as the Moscow State Art and Industrial University named after Stroganov, specializing in interior design with honors. Member of the Union of Architects. The creative team faced a difficult task. It was necessary not only to decorate the space in a beautiful and practical way, but also to organize it in such a way that Roman (the owner's name of the apartment) could move around freely and do without outside help: getting things out of the closet, opening doors, controlling the equipment. Designers not only accepted the challenge, but also set themselves additional goals. According to their idea, the interior of the apartment had to become emotionally comfortable, and even have a positive therapeutic effect on the psyche of residents. 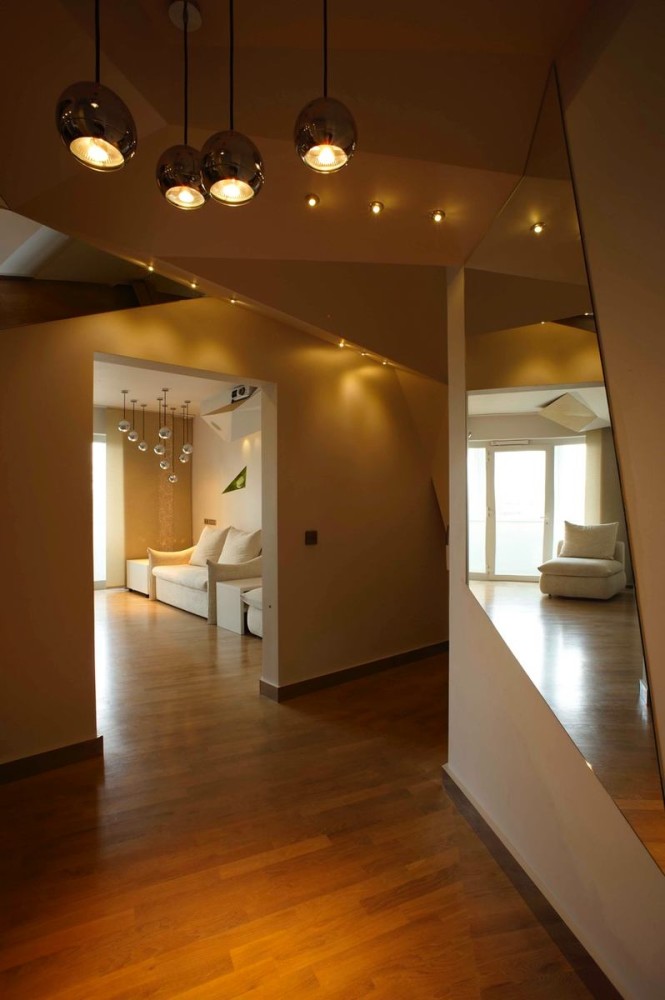 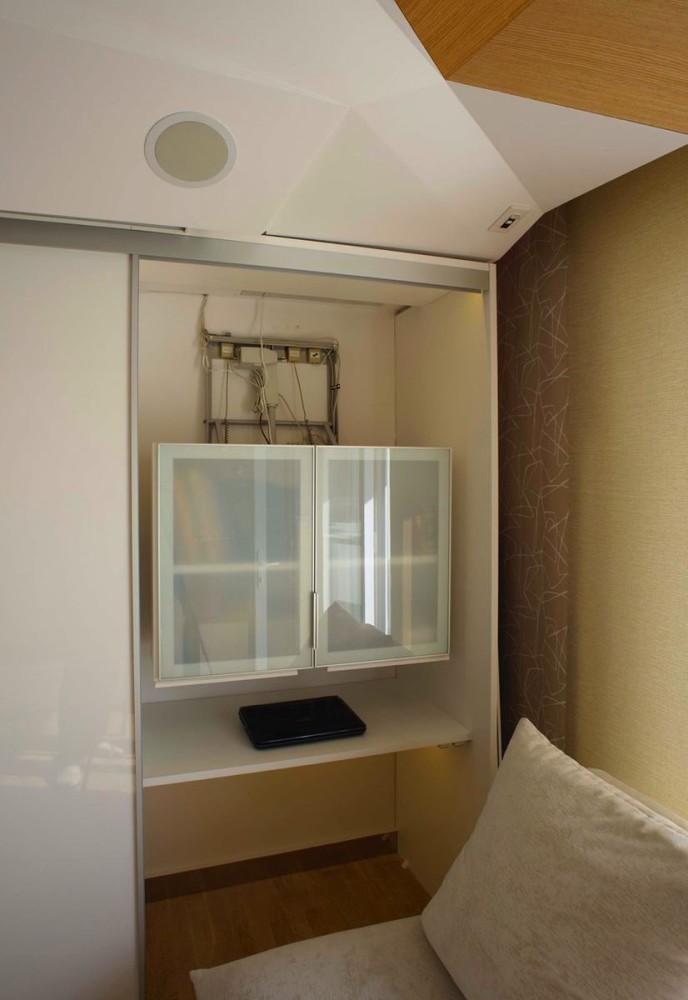 Despite the small area of ​​the apartment, in itManaged to organize a bedroom-living room, a small office, storage space for things, including a separate pantry for the stroller, and even a small gym (right in the hallway). To facilitate the owner's movement around the apartment, all the thresholds were removed, the doorways widened. Thanks to the "smart house" system used in the project, Roman was able to control the lighting, projector screen, sofa, shelves and doors directly from his iPad. A special system of elevators with long handles, which is equipped with a wardrobe, allows you to get your clothes sitting in a chair. The shelves of the cabinet with books have an automated fittings, with which they can be raised and lowered. Our opinion: - The only functionally incomplete element, in our opinion, is a balcony. Despite the fact that he was to become a free room for communication with nature, a small coffee table with a chair for the owner's wife or a few bookshelves would make it more cozy and practical. The first thing that catches your eye when you enter theApartment - this is an extraordinary ceiling design. Its elements were cut to order by author's templates and assembled at the factory. In some places, the ceiling passes into the walls, creating an intriguing play of planes, the unconventional form of which recalls the primordial natural asymmetry of nature. Broken lines create an unusual play of light and shadow, changing with the time of day. Mirrors in the ceiling and on the walls are used to create the effect of additional deepening and expansion of space. Our opinion: - It is thanks to the unusual ceiling with all its refracting planes, the design of the living room does not seem empty and boring. Even despite the almost complete lack of decor, the room looks harmonious and demonstrates the character. The ceiling design is not only conceived asDecorative design, but also as camouflage for built-in lamps, a projector, a screen and an air conditioner. Parquet on the floor is laid out artfully and echoes the ceiling pattern. The laconic color solution is based on light shades that do not distract attention from light-shadow effects. For the therapeutic therapeutic effect, the color illumination according to the RGB system, arranged according to the principle of chromotherapy (light treatment), responds smoothly, changing the interior and having a positive effect on the nervous system. The first ever Russian Marchi Kitchen Store - etk-fashion.com was opened in the St. Petersburg show-room "Aquarius"

How to add a Scandinavian style of coziness: an apartment project in Moscow

Apartment in Moscow: what a modern young man looks like