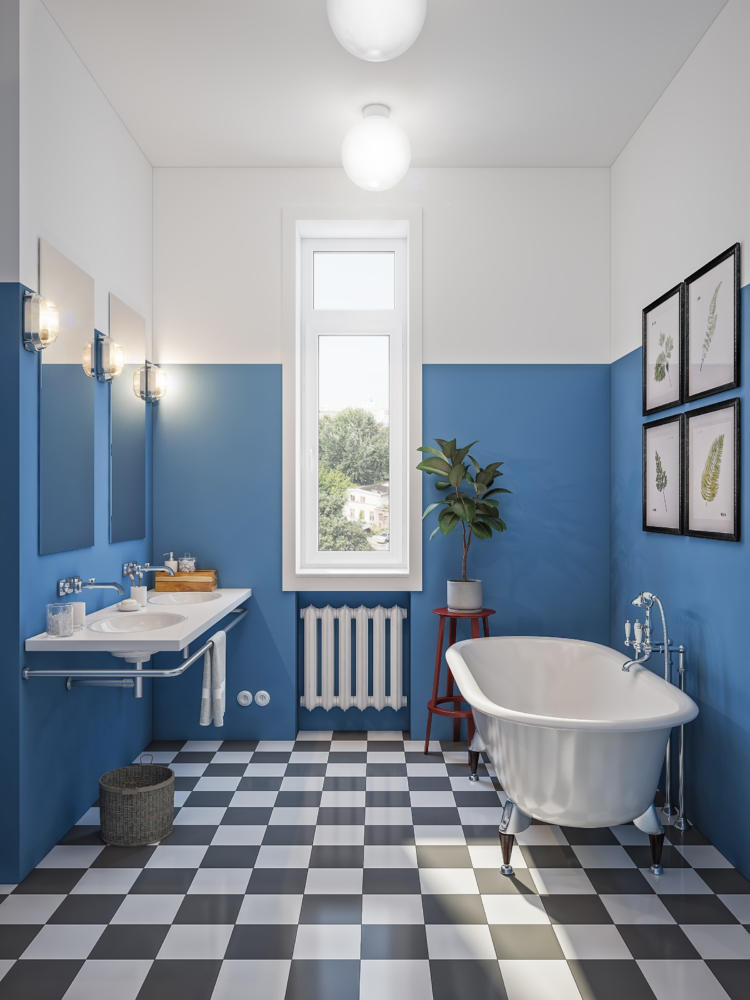 There are more questions about how to createInterior in the spirit of the middle of the last century. We found a real and very stylish example in Moscow. Everything new is a well-forgotten old. And so the owners of this apartment in Stalin's house, an elderly couple, wanted to create in it an atmosphere of the 50-60s of the XX century. Specialists from the design bureau "Point of Design" undertook to carry out the task with all their inspiration. The result was simply amazing! Articles related to Stepan Bugaev, art director of the design studio "Point of Design" Currently, he is developing the design studio "Point of Design." In addition to creating private interiors, he cooperates with leading Russian developers. He is a teacher of the School of Design of the Higher School of Economics, conducts the author's course "Interior Design. Rules for creating a successful project. " Performs with open lectures on the topic of interior design and writes articles for leading interior magazines and portals. In the past, he co-founded the "Victory of Design" studio. Included in the top 100 best designers, according to AD magazine. Polina Shevtsova, Interior Designer Graduated from the PFUR with a degree in Social and Differential Psychology and the Russian Academy of Science in the field of Environmental Design. He works as an interior designer in the Design Bureau "Design Point". He believes that not only the customer, but the very space of the apartment and its location can help in creating a future interior. Initially, the apartment was standardly divided into separate rooms, each of which was on the window, and in one bay window. The owners wanted to have an interior in which their favorite furniture would look organically, and a large living room with a soft area where it would be convenient to receive guests. To do this, the designers left only the bedroom and the bathroom isolated, but widened them a little. A kitchen was given a small space, and during cooking it is fenced off with a glass partition. In the living room, the wall with the TV separates the hallway,And on the other wall in the built-in structure there is a library. Designers did not want to clutter the middle of the room, so the lamp was hung next to the sofa, so it does not obstruct the view, but if desired, its location can be changed. In the same room, a dining area was placed, in the bay window - this is a famous, always a winning option. The kitchen turned out to be small, but the lack of topCabinets and a neutral shade of facades make it visually wider, and all kitchen utensils could be placed in the lower cabinets. The kitchen has a large window, and light enters through the glass door and into the common area. Thus, not only the kitchen, but the whole apartment is filled with lightness and a sense of spaciousness, so that there will be no one close here. 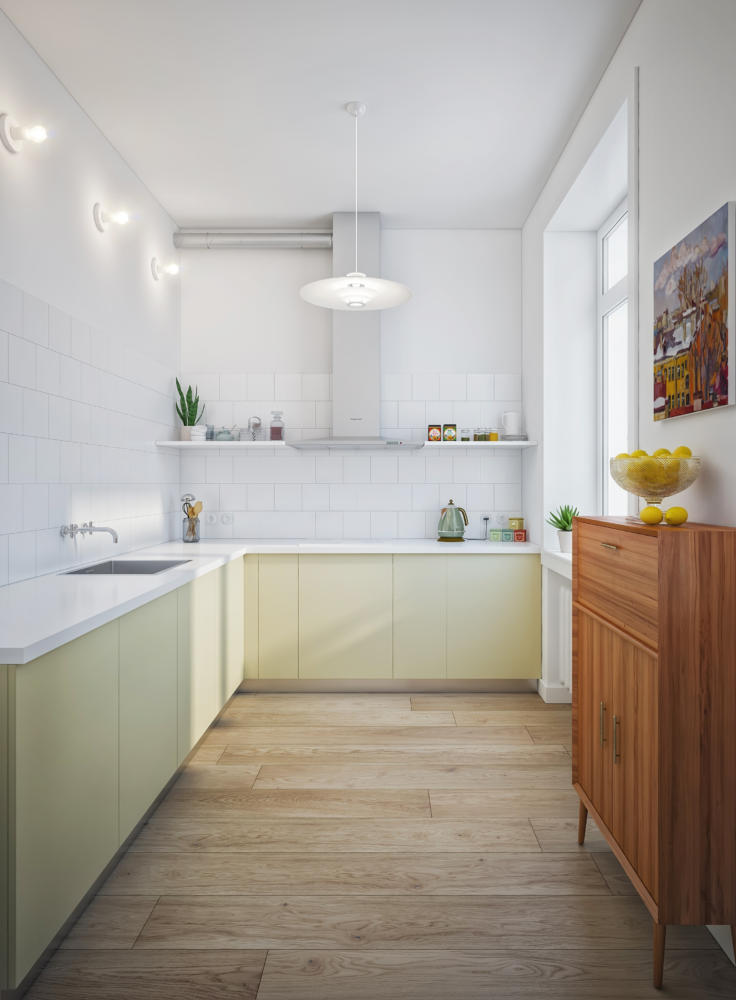 The main part in the bedroom is a realSoviet linen chest of 50's. The designers tried to make the bed in the same style as him. But the bedside table and table, according to experts, should not attract too much attention, so they were made of thin metal tubes. From the Soviet past in the apartment remained rosettes and stucco, and to emphasize the spirit of retro, the walls were decorated with sketches and reproductions of the artist Alexander Deineka with sports and dance motifs. Superfluous furniture the bedroom decided not to force to maintain a sense of spaciousness, so they organized a large dressing room behind a separate door. A spacious bathroom where you could place a shower,Bath, two washbasins, a toilet bowl and a laundry area - this is the embodiment of all the main trends of retrostyle. Here and a stand-alone tub on the legs - a rarity of Soviet times, and painted walls, and a chess tile, and a cast-iron radiator, which did not hide. Related articles

The interior in the loft: the real Moscow apartment

Interior in the style of minimalism: apartment with 3 rooms in 4 colors

Renovated in a new building: a three-room apartment with a library in English style - etk-fashion.com