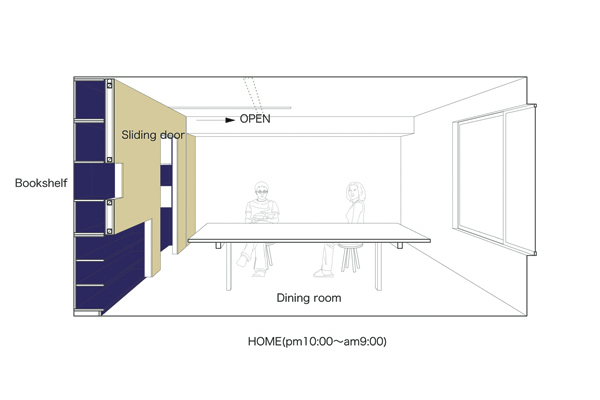 Probably many of us want everything at once,for example, to make several functional zones on one small living space at the same time: I want so much that the house has a living room, a bedroom, an office, and much more useful. But, often, it is not possible to accommodate everything you need for a limited number of square meters. But is it possible to first make a living room or a bedroom on one square, and then, if necessary, turn it into a study? It turned out that it is possible, and it is quite real. The embodiment of such an idea we found in Japan, in Tokyo. Japanese designer Yuko Shibata has found a simple solution for how to turn a simple apartment into a hybrid of office and comfortable housing. Previously, this space was used only forresidence, but the landlord asked to implement his idea of ​​dividing the living space into two parts: the house itself and the workroom. At first, this idea seemed impossible due to the original structure of box-type frames of reinforced concrete, which act as support for building frames. Yuko Shibata developed a project in which load-bearing walls were involved, but at the same time it was easy to transform the room from home to office and back. As a result, the original floor plan was even intact. To divide the space and give the place a modern look, two movable walls were installed. The former living space has been transformed from the original structure into a home office, which has everything you need to work. 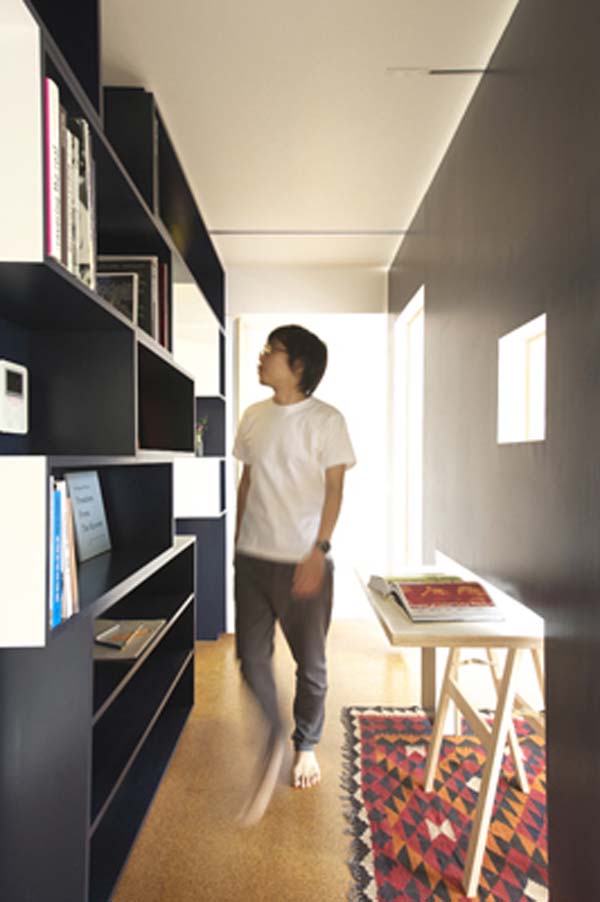 Yuko Shibata installed two bookshelves,each of which has a large door, they just separate the living space from the worker. He placed one of them in the space of the original apartment, forming a cozy room with a library. The movable wall has a hole so that the table can be moved through it: some of it will be in the library, and some in the room. 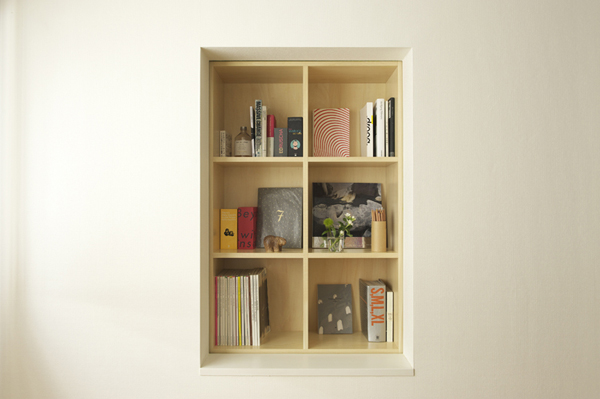 Another shelving found its place in the bedroom, and alsokeeps a library. It is used for work whenever the door to the bedroom remains open, as this forms a passage, giving the opportunity to go to the books, passing the bedroom. This also ensures that the bedroom is not visible from the office. 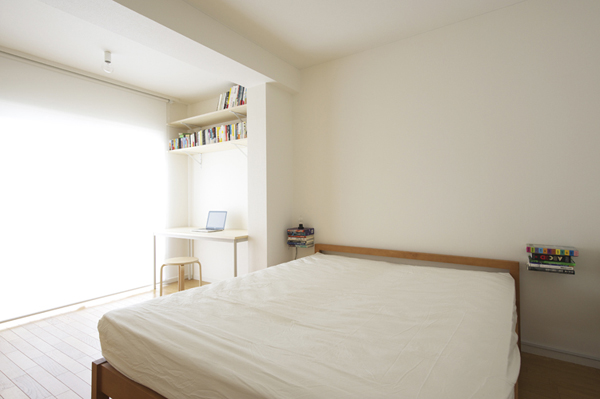 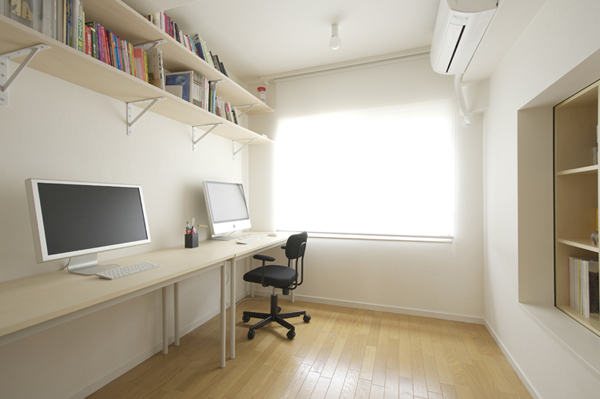 Creative solutions like thistransforming area, a real find for small spaces and will always be welcome in them. These ideas will increasingly find their application and serve the good of humanity. Making a small office in the apartment - how to do it?

The interior of a small office in the closet: tips

The interior of a small office in the house

The interior of a small house: how to organize it reasonably

Workplace: the best ideas for organizing a home office in an apartment 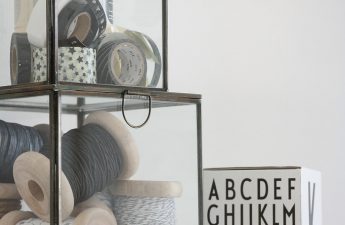 The idea of ​​the interior for a small room: unusual places for the necessary things 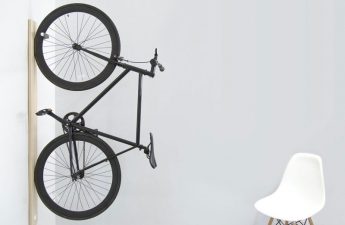 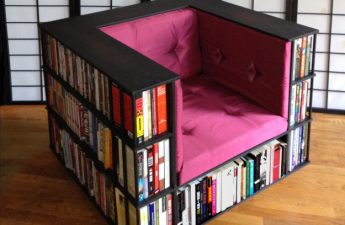