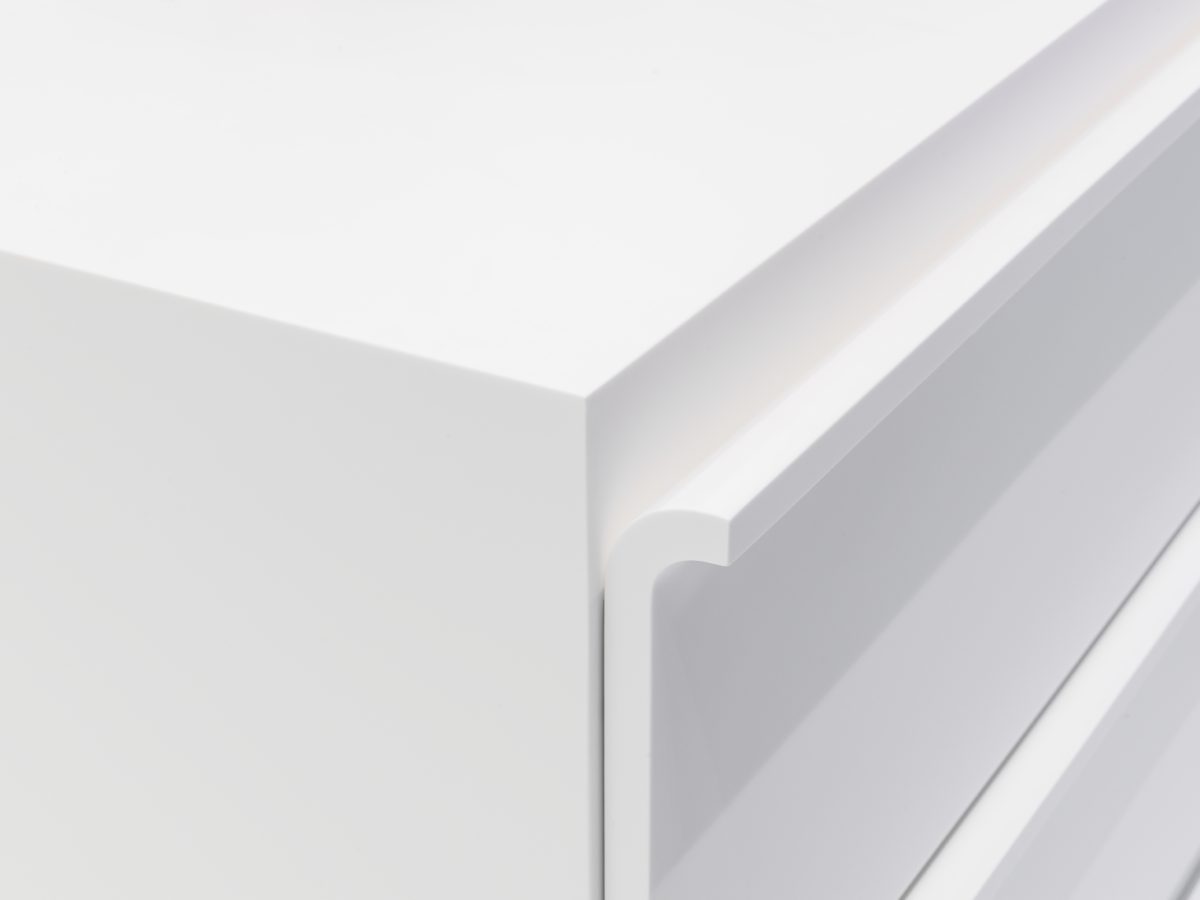 Kitchen floo - a joint project of Karim Rashid andGerman company Rational. Read more about the sensational novelty and the work of one of the most famous designers of our time in this article - one of the most famous and productive designers of our time. On his account more than 3,000 projects and 300 awards, as well as work in more than 50 states. And the genius of industrial design is not going to stop here! A striking example of this is his new design project Floo kitchen, created in conjunction with the German brand Rational. But first things first. "Life in pink" Karim Rashid was born in 1960 in Cairo, in the family of an Egyptian and an Englishwoman. However, he is not just a child of two nationalities, but a real cosmopolitan and citizen of the world: he lived in the UK, studied and worked in Canada, trained in Italy, and then moved to the States, where he founded his workshop in New York. Karim himself calls his whole world the house, and tattoos on his body are connected with the countries in which he worked. Perhaps the most important distinguishing feature of Karim Rashid is his incredible productivity. Over 20 years of work, he created more than 3,000 designs and about 70,000 sketches for them. The problem of lack of inspiration is unfamiliar to him: he himself is in some sense his embodiment. As the designer himself admits, as soon as he receives a new order, at least a dozen variants and images appear at once in his imagination, and he draws inspiration from the air. 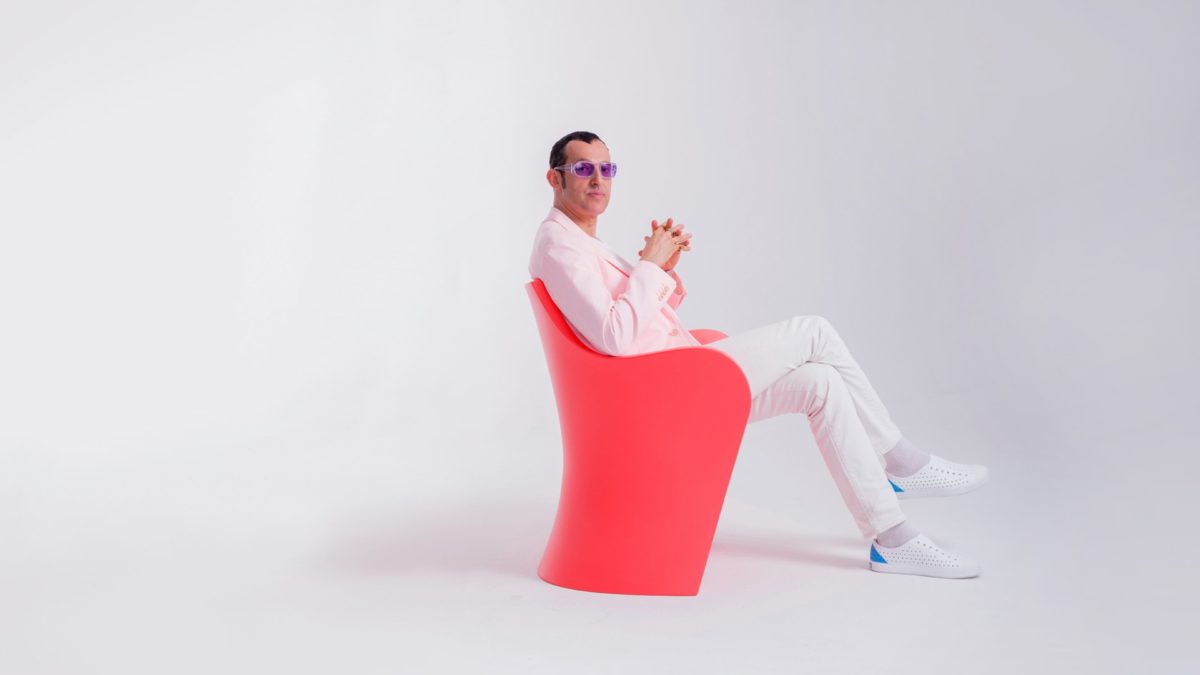 Karim Rashid's design is optimism, bright colorsand functionality. He is convinced that design should be accessible, make the world better and more convenient, and also reflect reality. That is why in his works Karim tries to avoid black color, and boldly calls the new classics. Also, the designer is an adherent of progress and new technologies: he tries to introduce them into his projects and uses them with pleasure in everyday life. It is thanks to them, according to Karim, he can simultaneously work in more than 40 countries. Karim Rashid can be rational That's right -"Karim Rashid can be rational" - sounds the slogan of a new project by Karim Rashid and the German company Rational, presented at the Eurocucina 2016 exhibition in the framework of iSaloni 2016 in Milan. Cooperation of a bright and expressive designer with a brand that values ​​mainly rigor, restraint and functionality, at first glance may seem strange. However, the meaning of the project is precisely the unification of two completely different worlds: Karim Rashid's creative unique design and German quality, coupled with practicality. 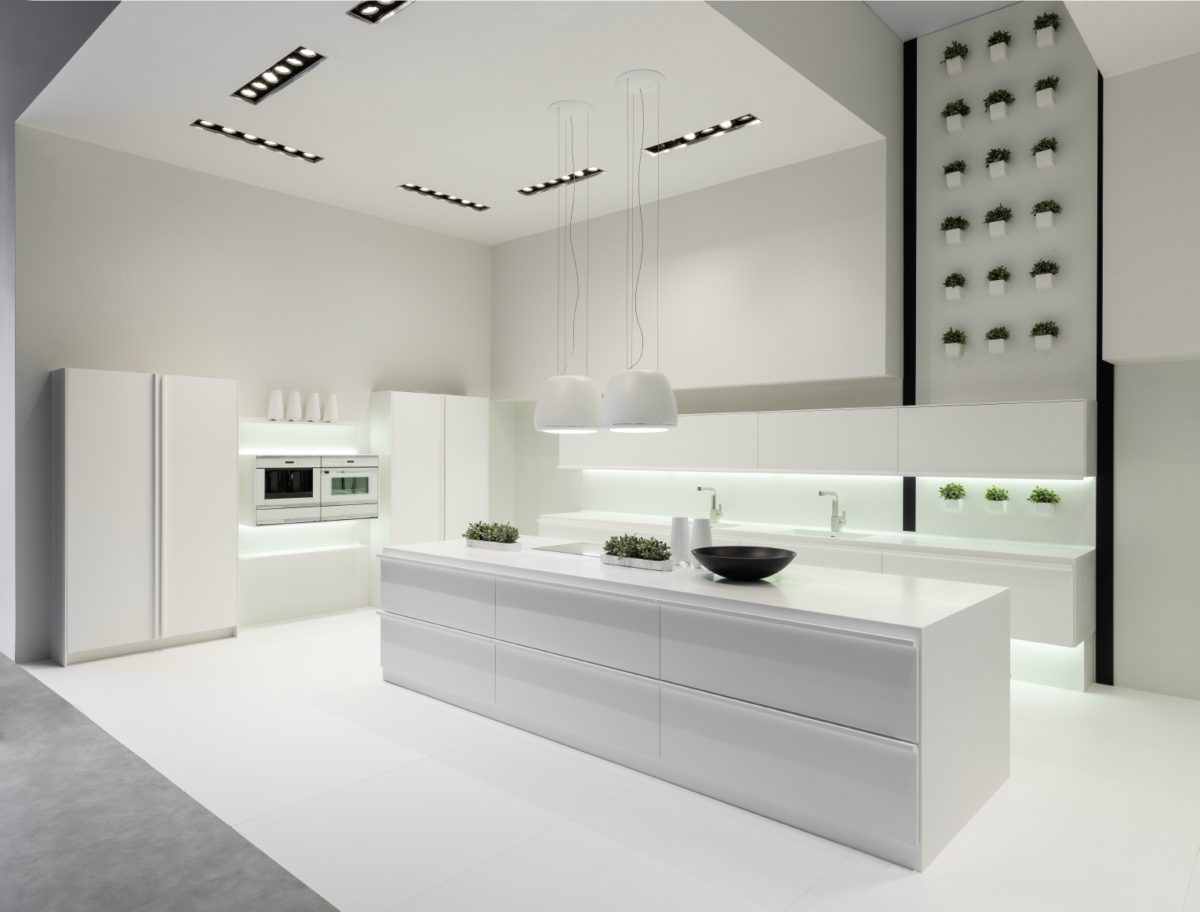 The result of the joint work was a simple,minimalistic and at the same time very rational design of the new generation. Inspiration was the natural forms, smooth curves and solid monolithic elements. Rounded parts are supported by a "seamless" monoblock storage system that, due to color and continuous surface, almost merges with the floor and walls, without disturbing the harmony of space. 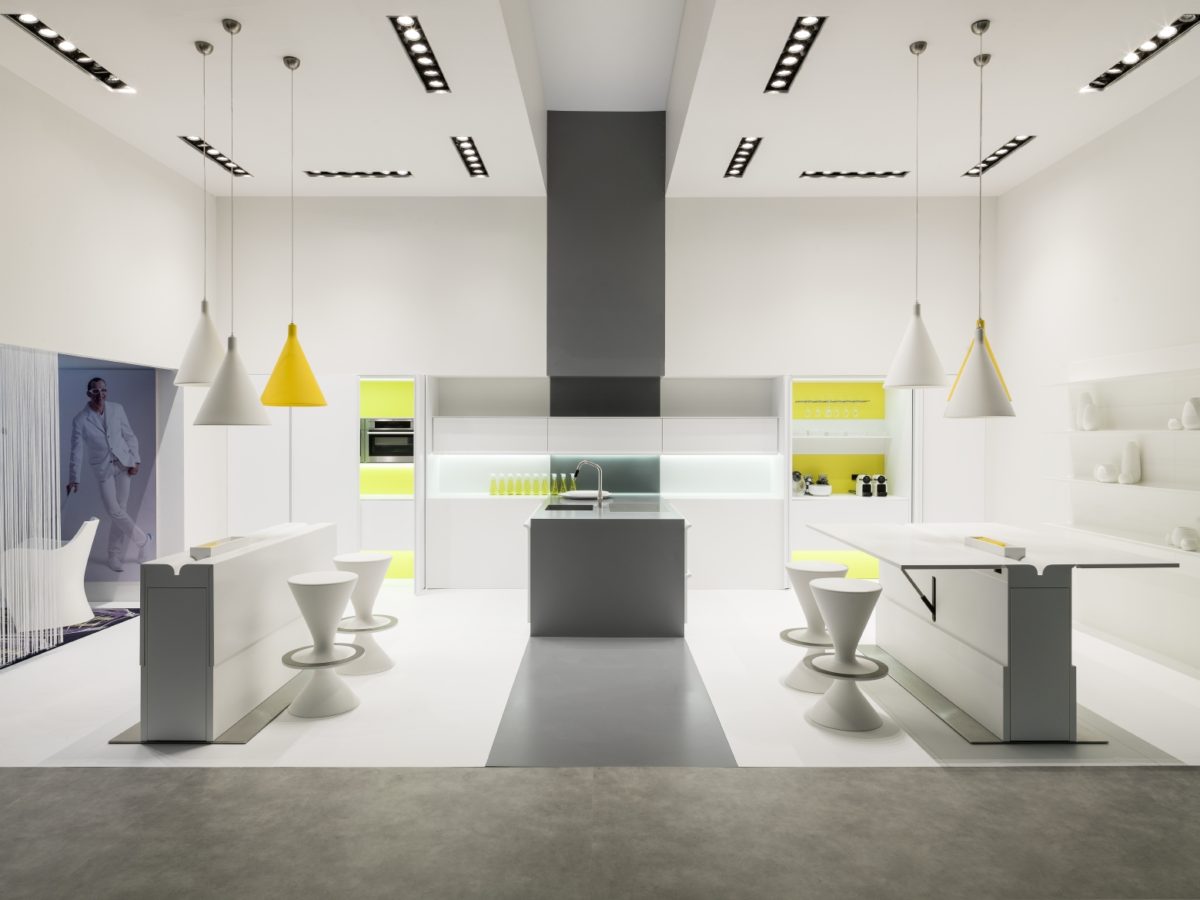 Floo kitchen concept - harmonious connectioninnovation with creativity and originality. Behind the glossy white facades can hide any, the most daring and contrasting color: cold dark purple or, for example, warm yellow. Presented at the exhibition kitchen - the finalsample and prototype model, which will go on sale in October 2016. The facades will be made in two versions: from an artificial stone under the brand Corian (firm DuPont) or from the lacquered material of the company Rational. The working surface and all parts are also made of corian. In addition, the buyer will be able to choose a color to taste from a fairly wide range. 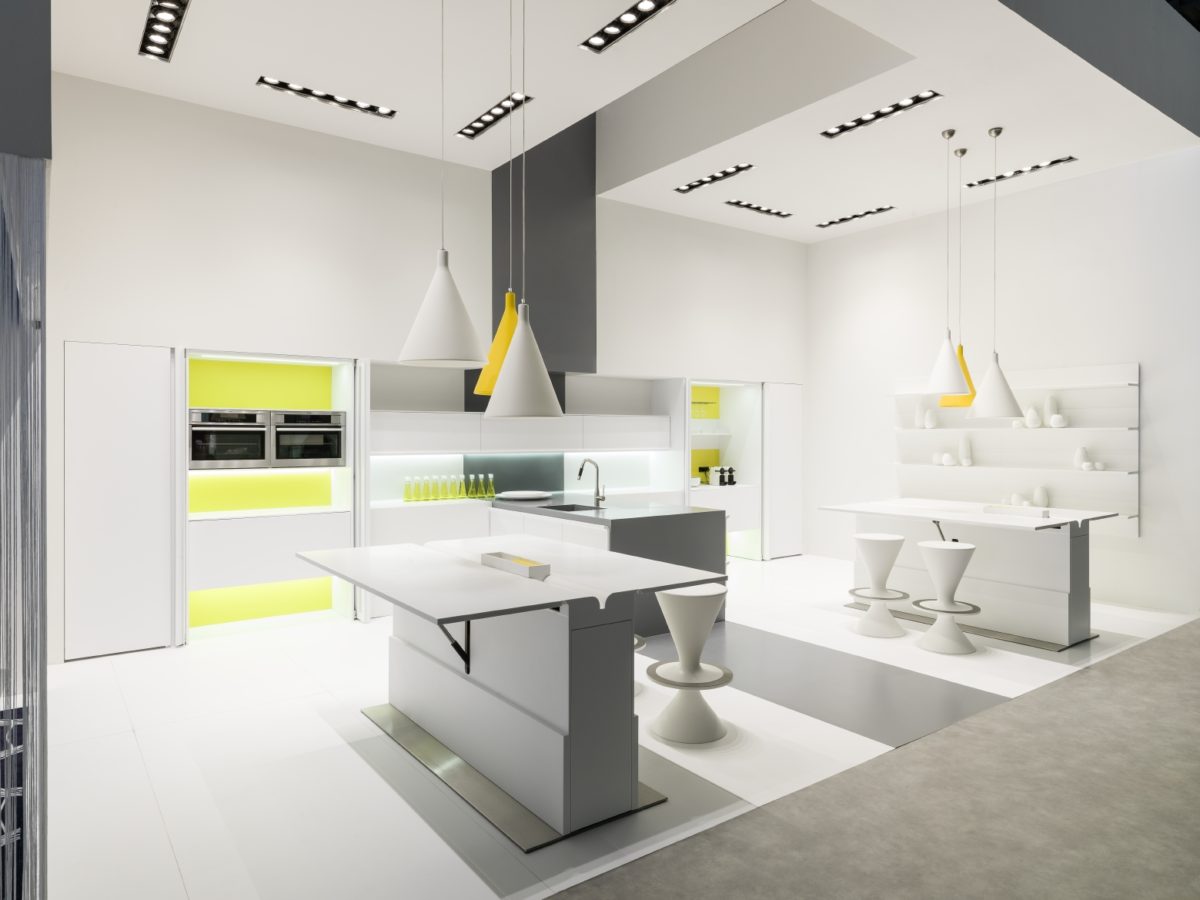 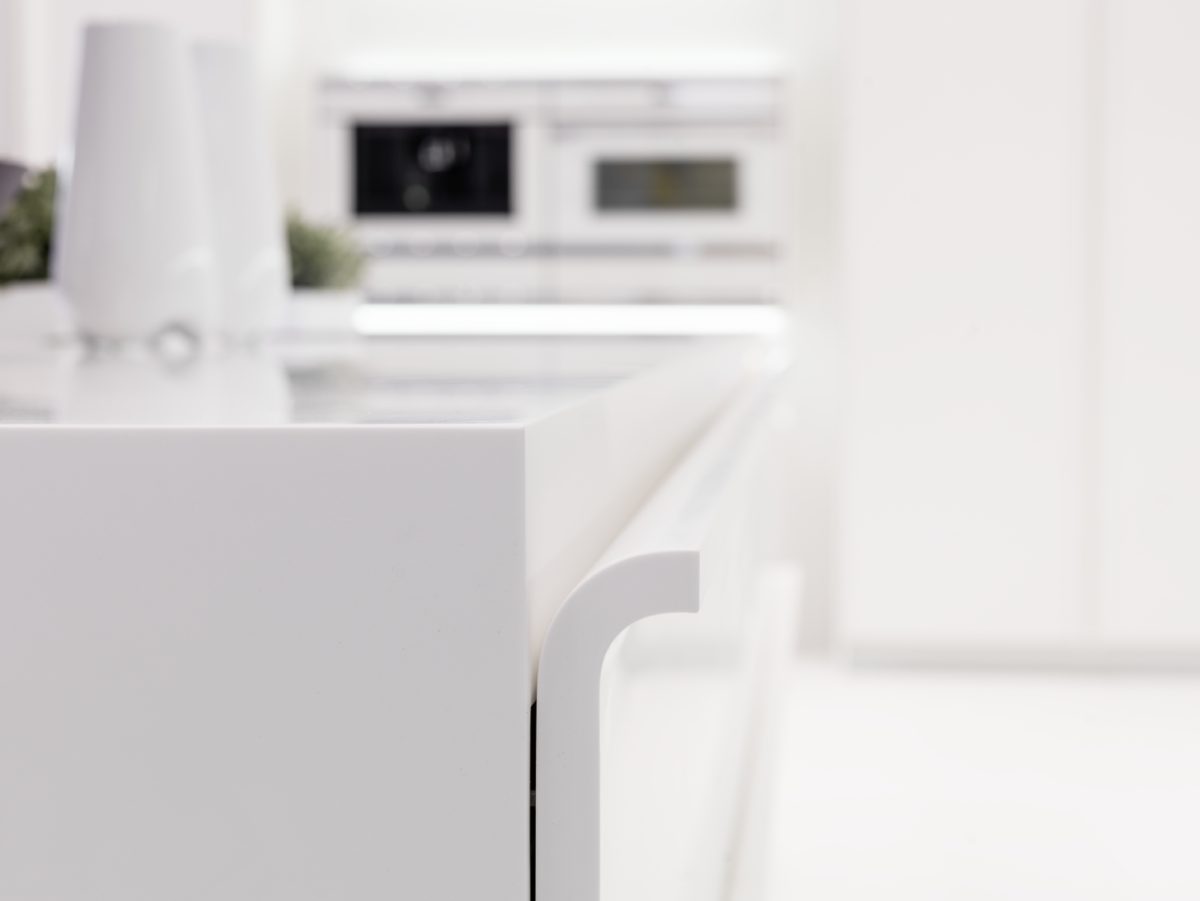 Project of the week: riot of colors, sofa from Karim Rashid and very creative master

How to effectively equip a small living room: tips for pros - etk-fashion.com

Kitchen with window: how best to equip - etk-fashion.com