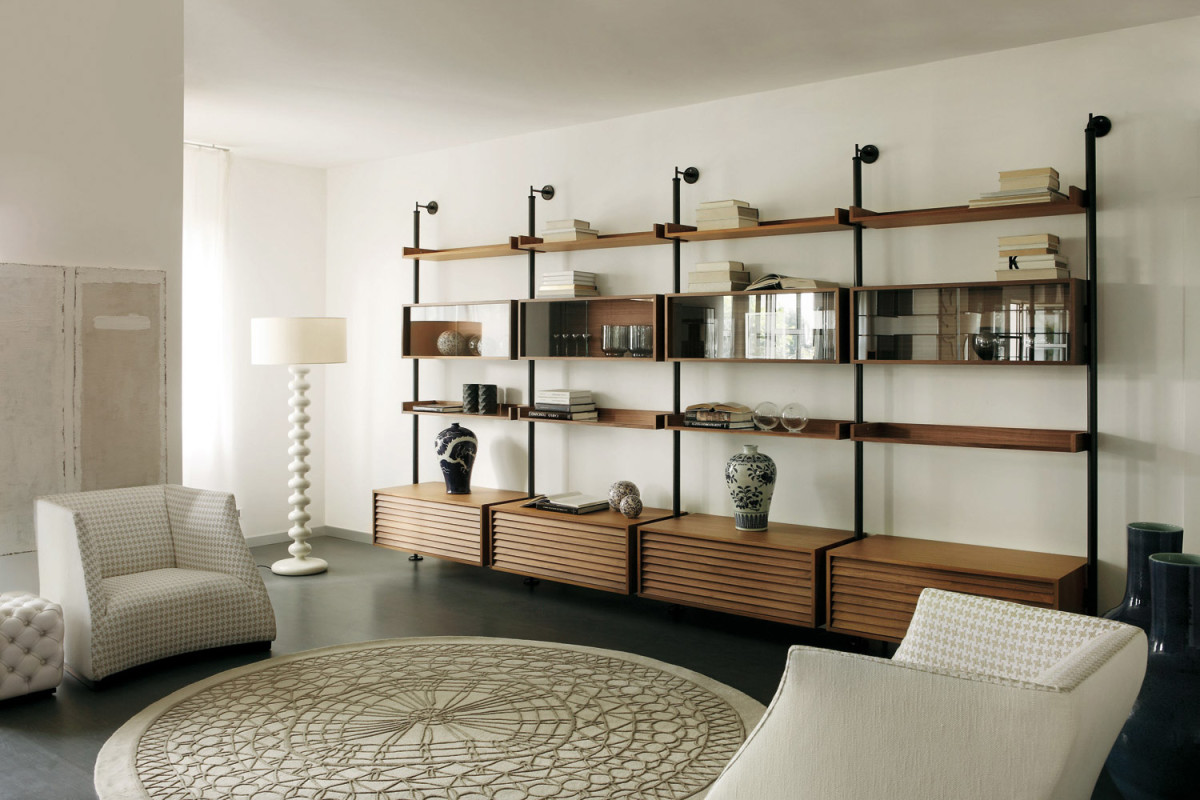 The choice of shelving is usually considered a trifle.And in fact, there are so many of them that it's time to grab your head! Our post will help you figure it out and arrange everything on the shelves. A correctly selected rack is, consider, half the battle in the decor of a room. It takes up a lot of space, and the entire interior will depend on its weight or "weightlessness". Therefore, the question must be approached sensibly. 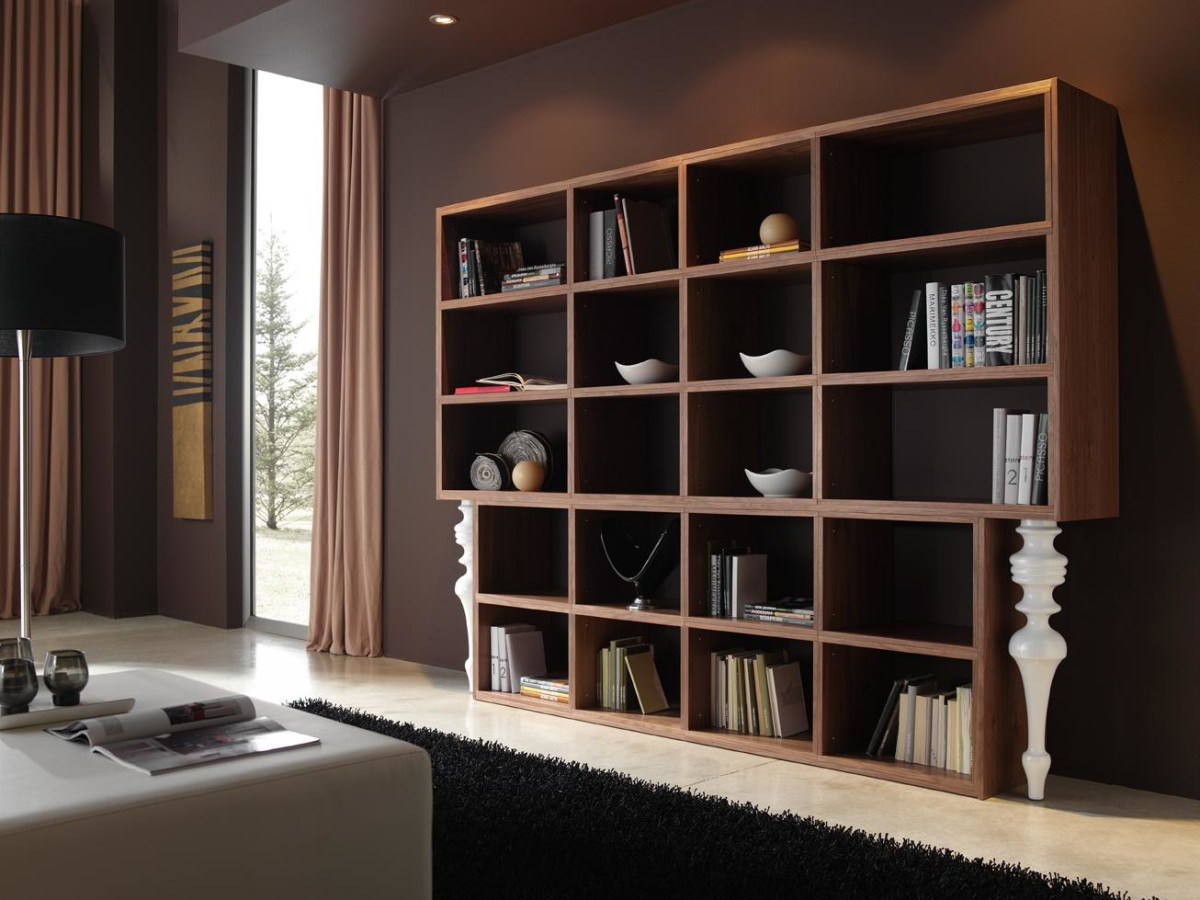 Modular shelving is such a constructor foradults: you can choose the length of the shelves, the type and height of the panels, the number and size of hanging boxes ... But there is also a downside: a rather high cost and a long waiting period for an order. For everything that is individual is expensive. Modular shelving units are usually wall-mounted. But sometimes there are other designs as well. Factories now produce modular racks in a wide variety of shapes and colors, but buyers most often order white or brown racks. The wall rack has been familiar to everyone since childhood.Remember the open bookcases? This is what it is: the back panel and several shelves. The structure is not screwed to the wall, it is held by the weight of the books. But island shelving is a rather new phenomenon in our life. The rack can be used as a zoning element and, if necessary, can be moved back and forth (this is, in any case, the manufacturers say, although, of course, if the rack is loaded to the top with vases, small books, baskets and magazines, then you will not want to move it even during cosmetic repair). Most often, such racks are recommended to be used to separate the kitchen from the living room and the living room from the bedroom. 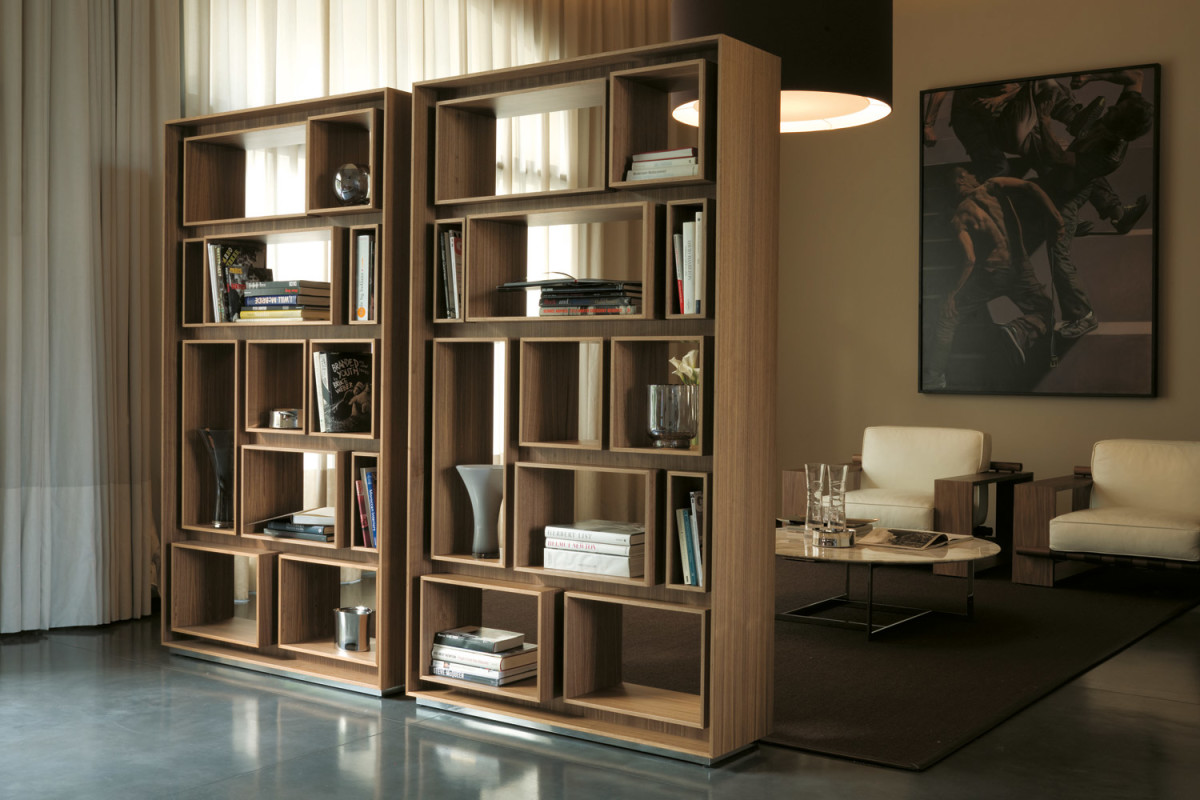 And then there are console racks.Our editor-in-chief has one at home. The capacity of these shelves is colossal, so books, and magazines, and disks, and vases, and other things that all girls like so much - no matter how good their education they got and what career they have made - fit into the rack. Oh, we're not talking about that. In general, cantilever racking was originally only used for storage in warehouses. But their convenience and cheapness played a role, and now many manufacturers of cabinet furniture have similar models (only more painted and more expensive). Such as in the photo below are produced, for example, by the Italian factory Porada. IKEA also has this type of shelving, but they are more suitable for a garage.