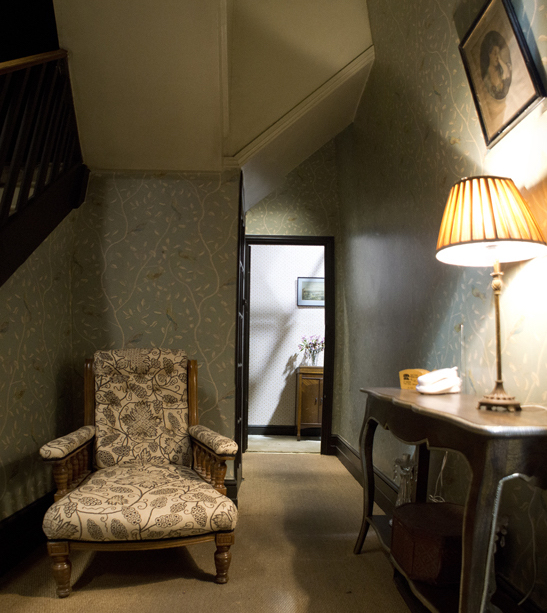 In anticipation of new episodes of popular Englishof the series "Sherlock" we decided to conduct our interior investigation within the walls of the house of the protagonist Cinema - an inexhaustible source of inspiration for almost any creative worker, let alone interior designers and architects. We also decided not to lag behind and offered the most creative of the professionals in this field known to us - interior designer Stepan Bugaev - to analyze and decompose into components the interior of the detective of all England: Sherlock. The film version, of course, was chosen as the most relevant one. Today the designer will open up for us from a completely new side. The material that you are reading was completely prepared by Stepan Bugaev and represents, in our opinion, the most complete and impartial analysis of the interior of the protagonist of the Sherlock series. So… 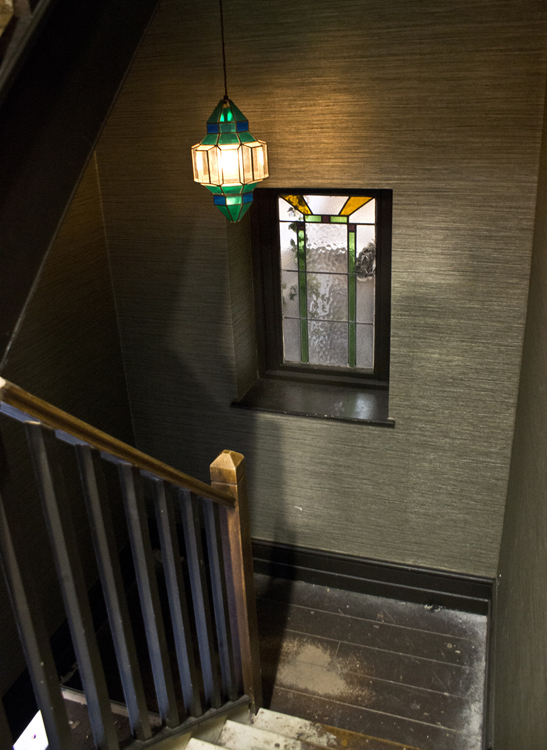 It is difficult to remain impartial when necessarytell about something incredibly popular - for example, about the series "Sherlock" on the BBC. The designer of interiors Stepan Bugaev succeeded. But the more interesting the opinion of a professional about the famous and modernized apartment 221 B on Baker Street. 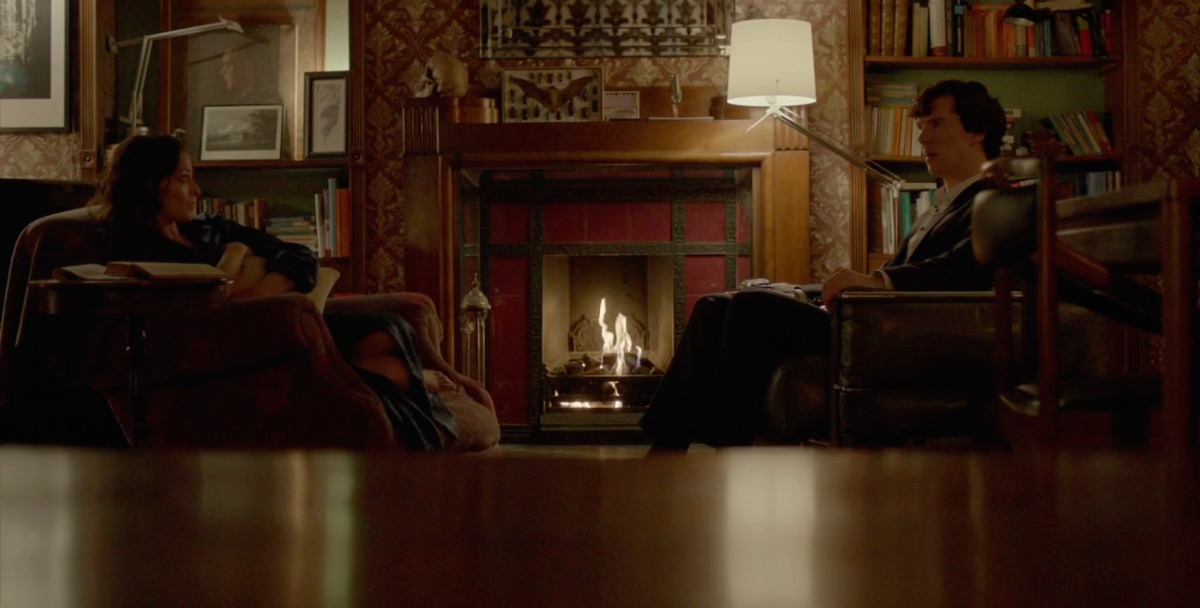 Probably people who have never heard of SherlockHolmes exist, but to meet them is very rare. The fame of this literary character can be the envy of any historical figure. Is it any wonder that the image of Sherlock is now reproduced in the realities of our time thanks to the project of the same name by the BBC channel. Fans of the series have already managed to find out everything about their favorite characters, their life, home, costumes and gadgets to the smallest details. But we also have a story to tell. This month we took a walk through 221 B, Baker Street, and from a design point of view, we took a look at the setting in which the famous detective managed to solve so many cases. Common living room:fireplace area When you look at the furnishings in this room, at first it seems that everything was created in accordance with the original work: the fireplace, and wallpaper with Victorian patterns, and curtains on the windows. It is quiet, calm, probably smells of books, tobacco and dust. But once you take a closer look, you notice a modern lamp and the iconic Le Corbusier armchair. Everything looks very organic here. 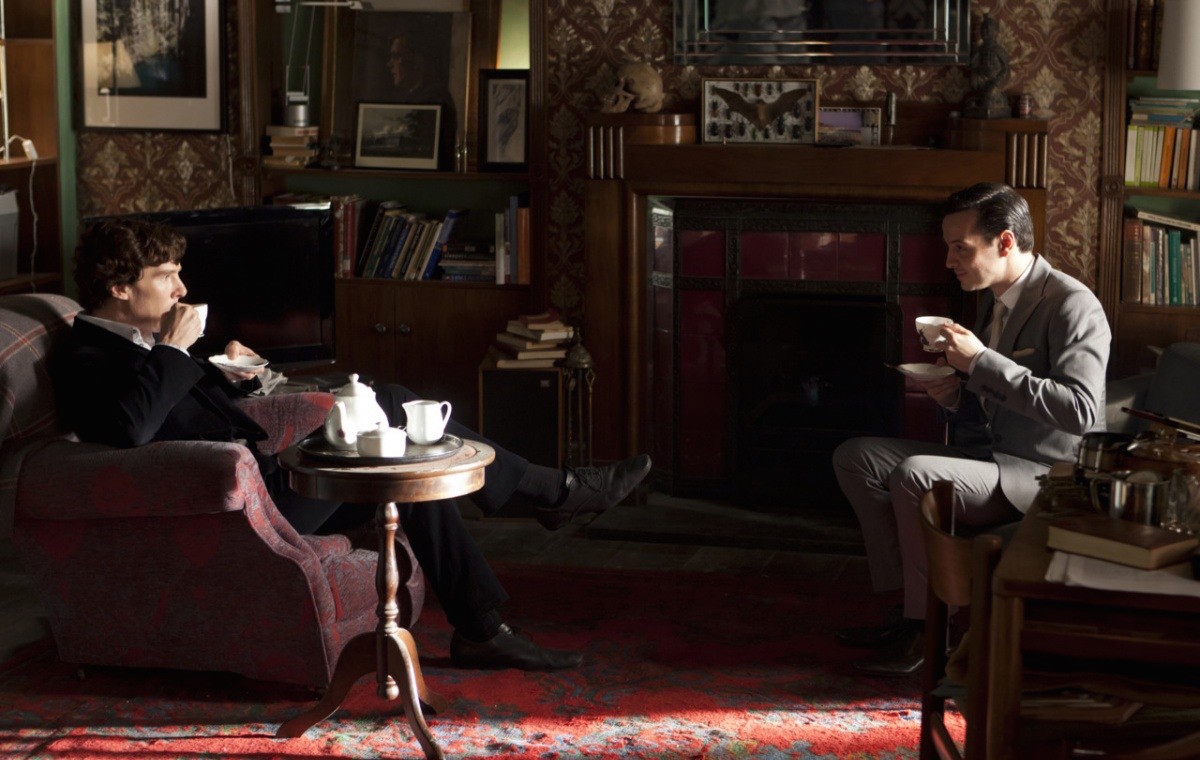 Such different armchairs, located in the fireplacezone, perfectly reflect the dissimilarity of the two main characters. Noticeably wiped and upholstered John Watson's armchair, as it should, stands just opposite the brutal Sherlock leather armchair.

In the interior of the living room, additionallighting that sets the mood for the whole room. There are not many luminaires, but they are placed very competently. If you look closely, you will notice that some lamps were installed not so much for reasons of functionality, but in order to emphasize some detail in the interior. In addition, the additional light is quite soft, but in moderation - and it turns out that the space is both very well lit and not annoying with its brightness, as is sometimes the case with overhead lighting. How to create a similar living room Common living room: sofa area

The feeling of greater modernity in this area of ​​the living room is created by a leather sofa and a defiant poster with a skull. 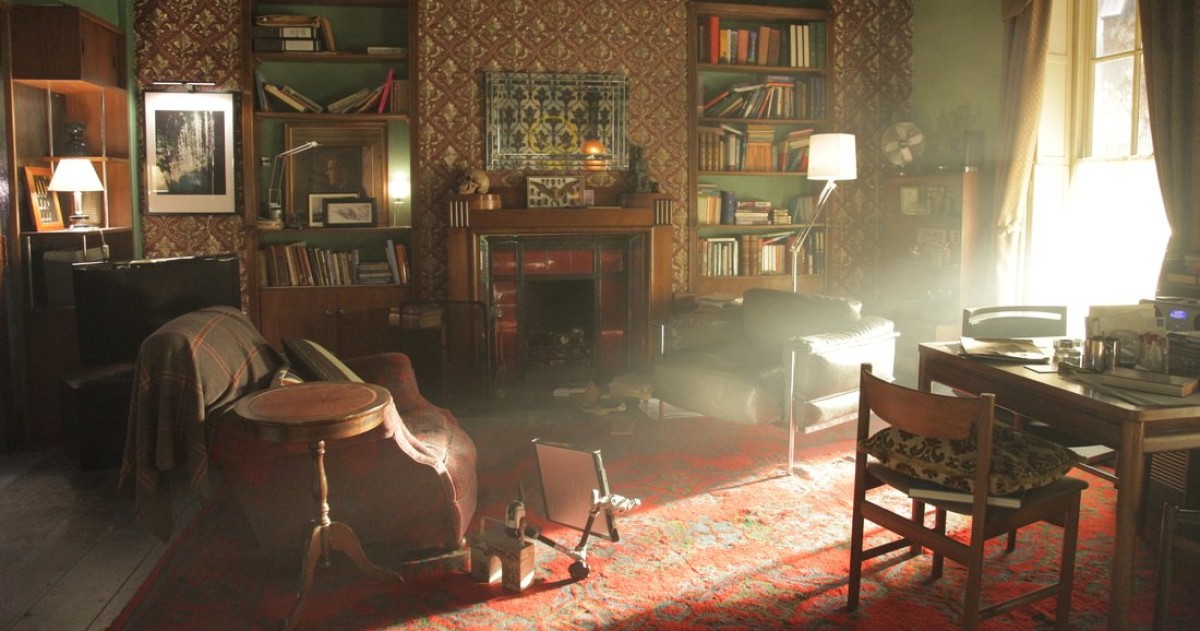 A spacious leather sofa here is a special occasionfor conversation. When you see it, the only question comes into your head: "What the hell?". It would look much better a plush sofa beige, and used - is non-functional because of its leather upholstery: it would be more appropriate to place it in the office, not at home. 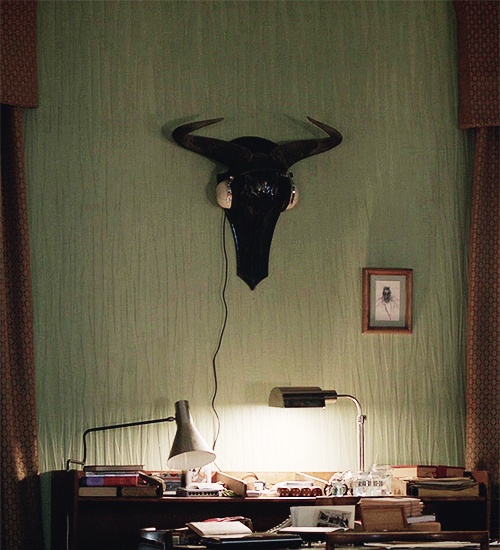 Having such an unfriendly sofa in the living roomis explained rather by the fact that he is very similar to Sherlock himself - in such a relatively home environment, he is the only one so polished here. Entrance hall It seems that the entrance hall was originally conceived not as a space connecting several rooms, but rather as a transit point. It is light and comfortable here, there is even an armchair on which you can sit down to take a breath or tie your laces. This hallway also looks very safe and cozy thanks to the warm, rich lighting and floral motifs present in both the walls and the upholstery of the chair. People are not so often in the hallway, so here the lamp plays rather a decorative role. But it is this table lamp that creates a special cozy atmosphere - if you remove it, the room will simply turn into a gloomy corridor.

We must pay tribute to the team that thought throughthe interior of the apartment on Baker Street: everything was done very competently, not a single detail went unnoticed. Never before has a mess been so attractive. If you want to create such an interior, then do not watch the series. It is better to arrange it the way it formed in your head, the way you feel it. Then you will definitely have your "Sherlokoholm" design with the much-needed orderly mess and charming riot.