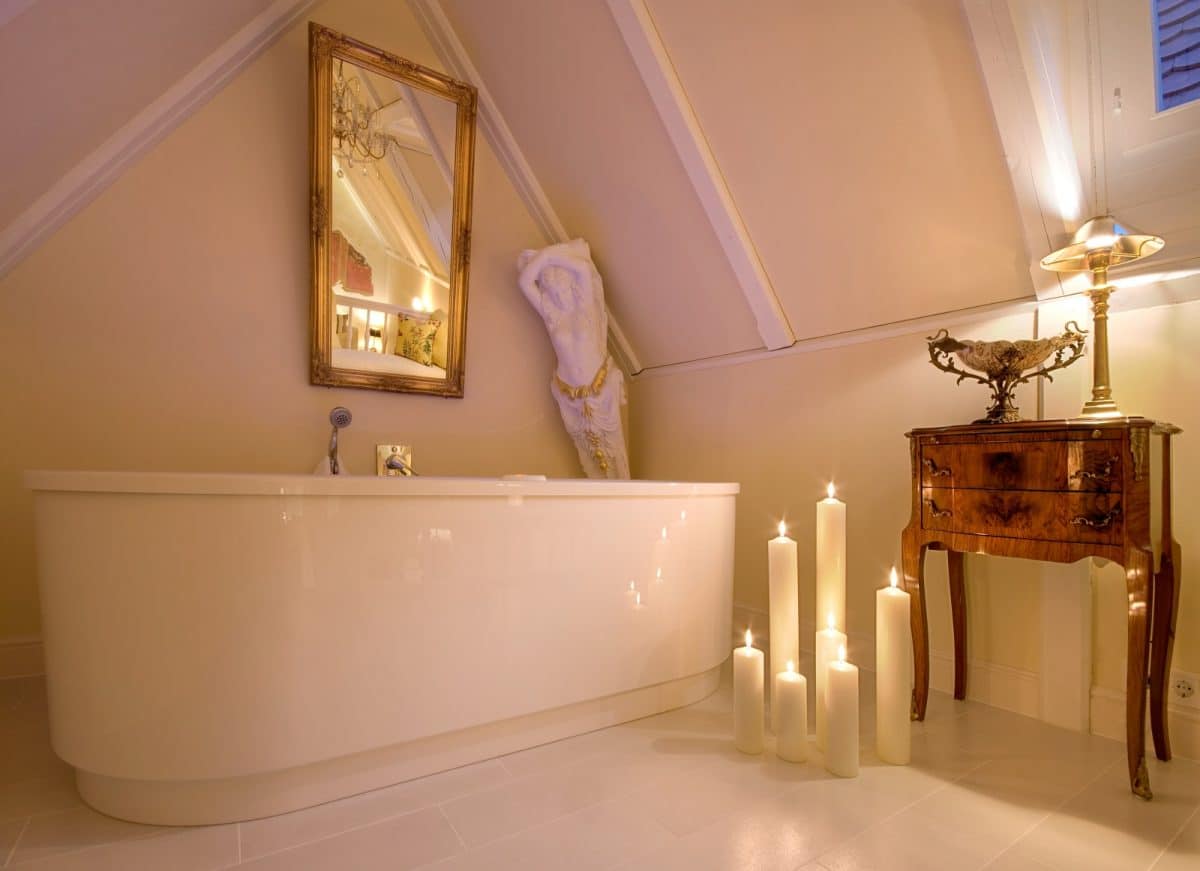 Relaxation for two on the beach or a date onThe Eiffel Tower is no longer interesting. In search of a fresh idea, we recommend to go to Germany, where the hotel is located with an unusual and very romantic history. Eh'haeusl Hotel - in the translation "wedding house" - has won a place in the Guinness Book of Records and in the hearts of many lovers, and the story is really fabulous. In the XVIII century in Bavaria it was forbidden to marry couples who did not have their own homes - in order to reduce the birth rate among the poor. And then one enterprising merchant from the city of Amberg found a solution for unhappy lovers, and at the same time and a way to earn money. A tiny and very narrow house was built between the two already existing - as a result of its own side walls it does not, only the front, rear and roof. The house was sold for a small price to those who wanted to get married, and after the wedding bought back for a little less. All were contented: young families, the owner of the house, and Bavarian legislation. Related articles 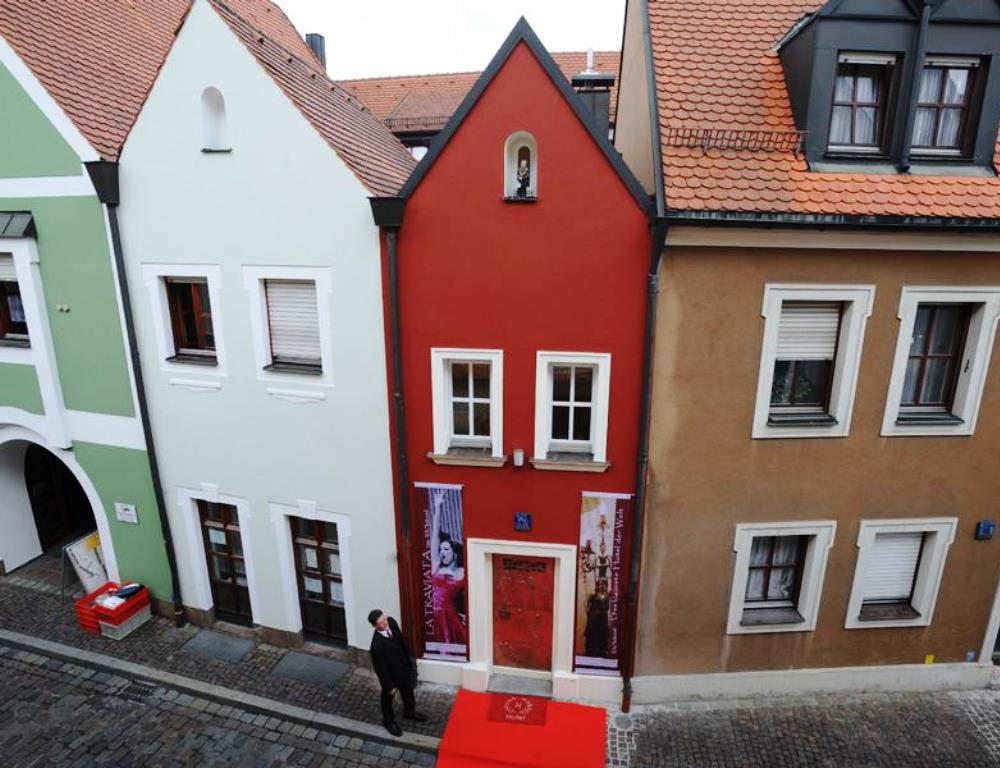 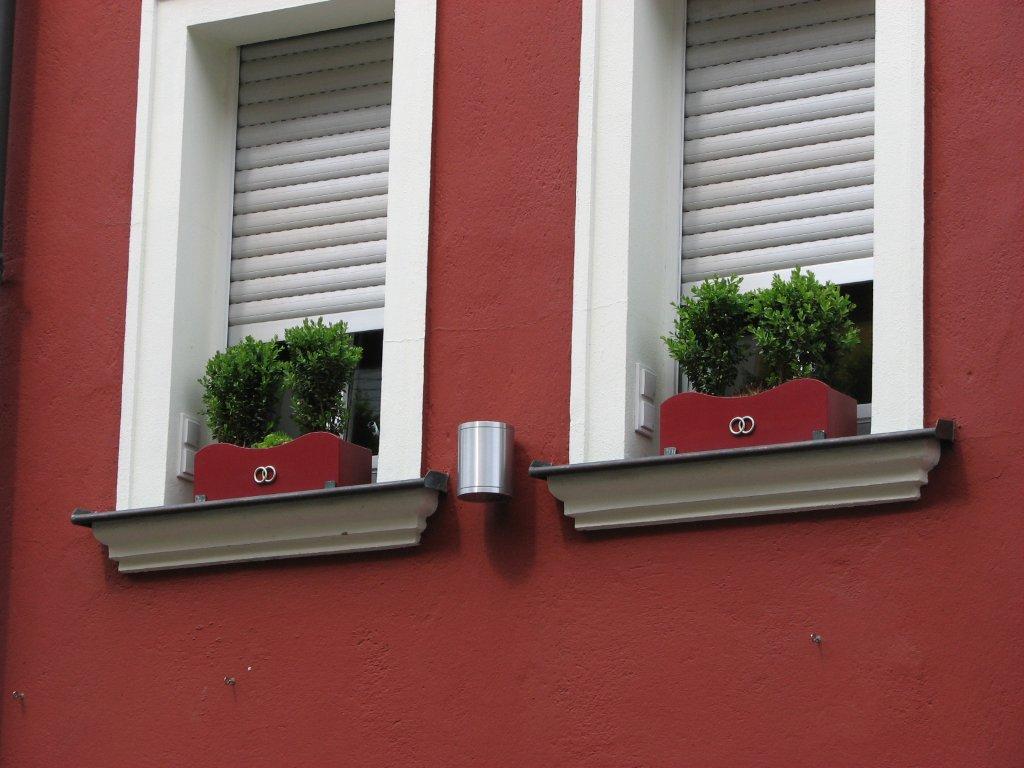 Laws change, architecture changes too. In the 70s of the XX century, one of the buildings bordered by Eh'haeusl was demolished, and as a result, the "Wedding House" itself was also destroyed. But the inhabitants of the city defended one of their main sights - the house was rebuilt and turned into a hotel with an area of ​​only 53 square meters, the width of the facade is 2.5 meters and the only number for two. It would seem that such a baby can not compete with luxury rooms in well-known hotels, but this is not so. The only room in Eh'haeusl is so popular that it's better to book it in a few months. Many newlyweds from Bavaria and around the world want to spend their first wedding night here, and there are several reasons for that. Related articles 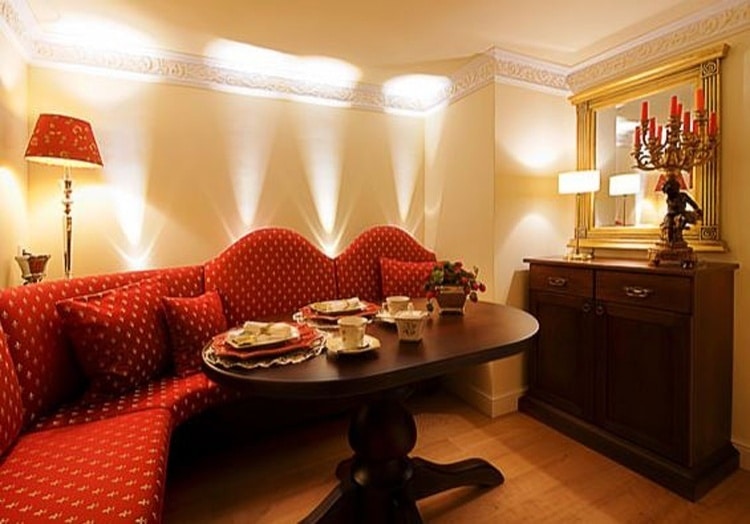 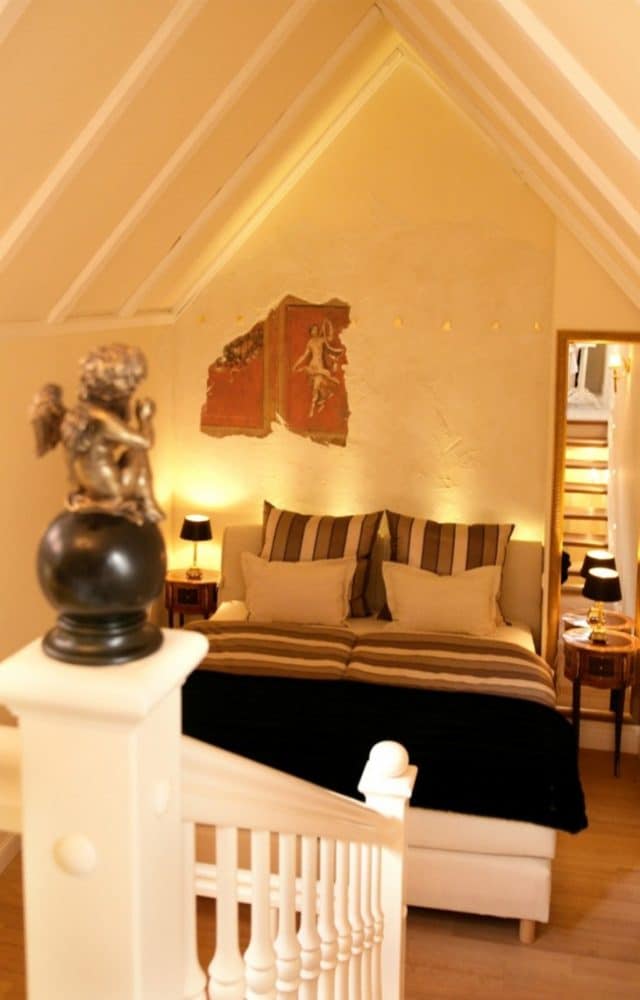 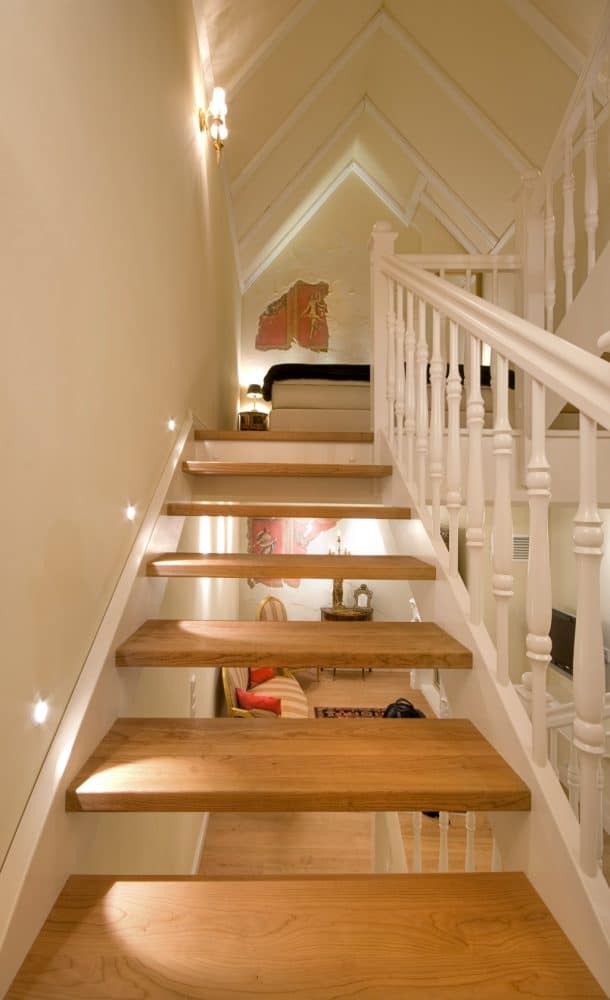 The current owner of the hotel Marina SchreinerI tried to make it as attractive as possible for the guests. The interior of Eh'haeusl is really luxurious: plaster statues, gilded mirrors, candles, roses, fireplace, Jacuzzi, romantic and cozy atmosphere. Not surprisingly, the hotel was awarded five stars. In order not to disturb the guests once again and give them the opportunity to be alone with each other, the hotel has neither a concierge nor a constantly present maid. Only the housekeeper prepares breakfast for guests while they are still sleeping. And in Amberg there is a legend: it is worthwhile for a young couple to spend the night in Eh'haeusl, and she will live together for many years. The temptation to check the veracity of this legend is certainly great, especially since the cost of living here is relatively small. And can the price for a happy marriage guarantee be too high? Related articles 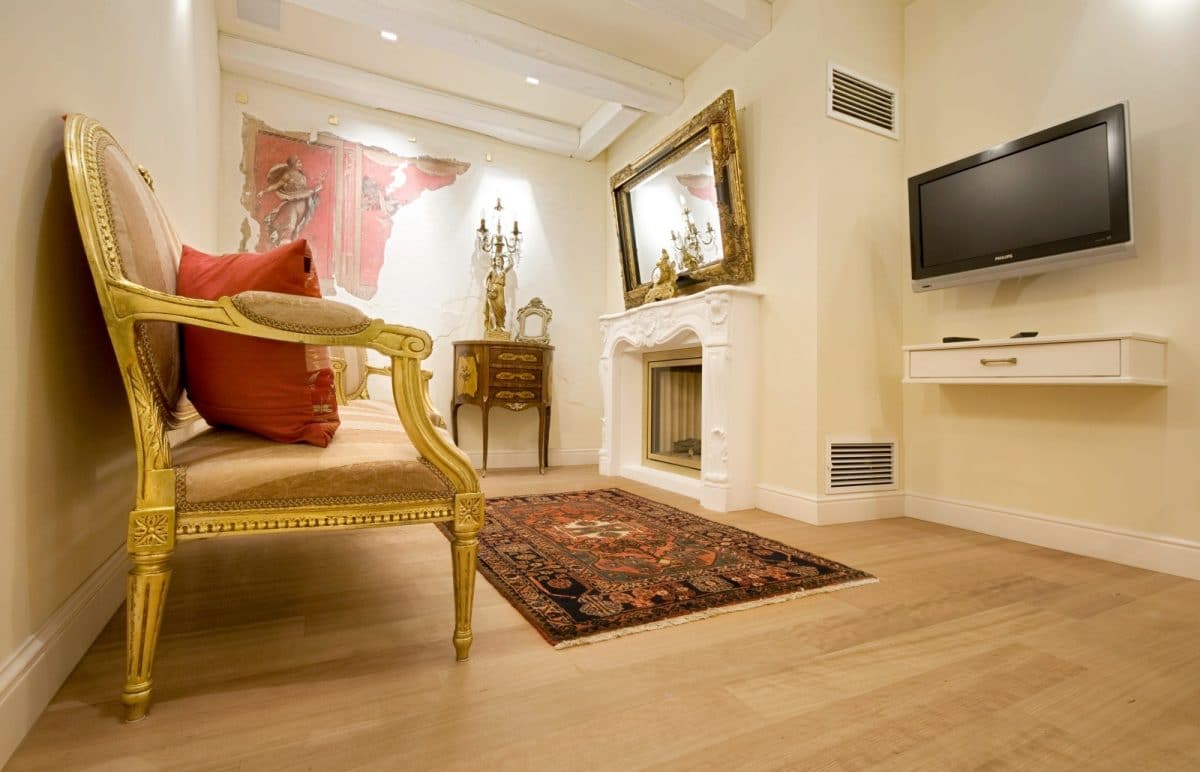 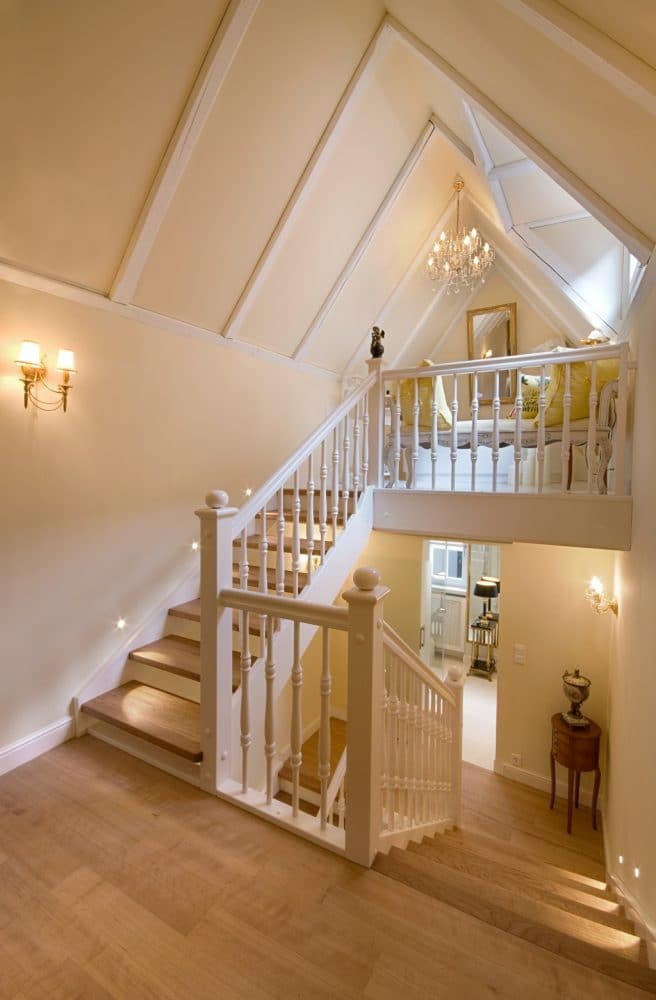 How to make a romantic bedroom: 5 tips and 23 ideas - etk-fashion.com

Sightseeing in Vienna: an architectural tour from Roomble

Hotel of the week: Sunborn London on the water near London City Airport

25th season of the Snow Queen: Icehotel opened the winter

This you have not seen: exclusive interior items from Germany