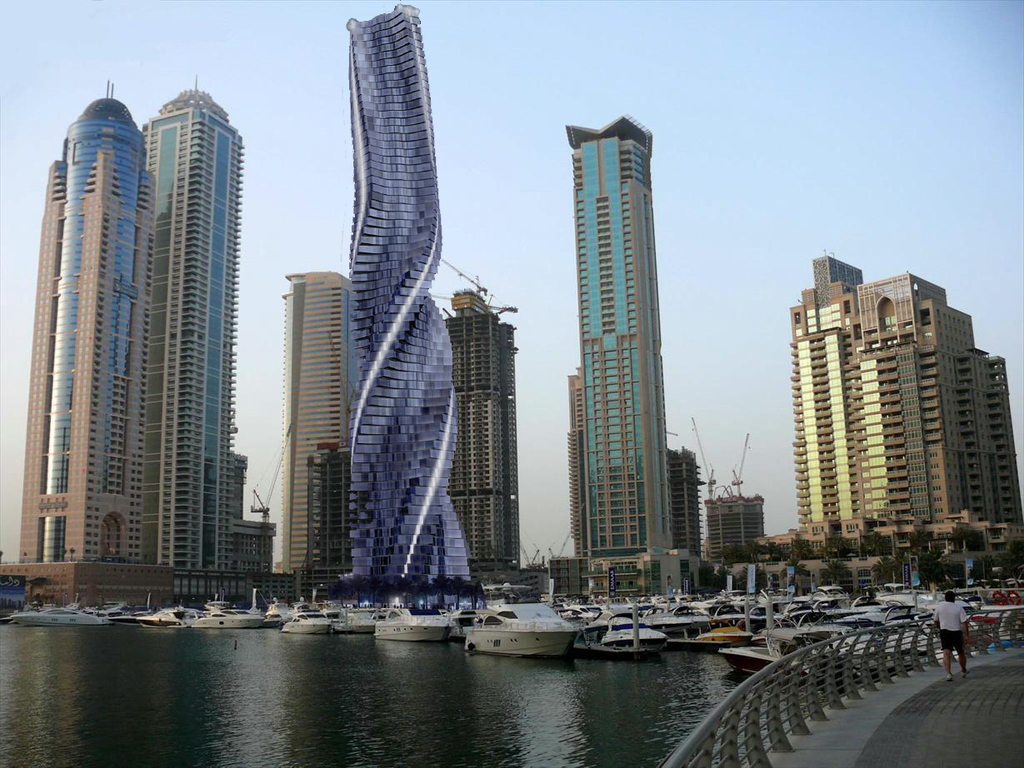 People are entering a new stage of their development andmastering sources of clean energy. The wind is the most accessible for everyone. Introducing 5 of the most impressive buildings with built-in wind turbines What could be better than living in a utopian world where there is no war, disease and air pollution? At least one of these problems can already be solved by transferring all human production to clean energy sources. And the most promising project for generating electricity for both industry and private consumption is a wind generator. It may seem that wind energy is a new science, but already in time immemorial our ancestors used the wind in their economic activities. The blades of the wind generator work according to the principle of the mill we are accustomed to, but the filling is already different: the rotor, generator, controller, batteries and invector. If the wind strength is sufficient, then the transformedthe current goes directly to the consumer, and in the event of a calm, batteries come into play, which will provide the building with energy even in a complete calm. When the wind rises again, then, as in a normal car, the batteries will be recharged from the generators and will be able to cover the need for electricity during periods of calm weather. Today it has become popular to install wind turbines on the facades and roofs of buildings. This trend is associated with the growing "green" trend in modern society. After all, what could be better than obtaining clean energy, which absolutely does not harm the environment and at the same time fully meets all the needs for electricity? There are a variety of models - from small (for cottages) to huge devices mounted in skyscrapers. We'll take a look at some of the most impressive buildings that have used this innovative technology.

This is the first skyscraper in the world, in constructionwhich had built in wind turbines. The black and silver giant caused conflicting opinions about his design. So, The Carbuncle Cup was awarded to him with a comment that it is a huge electric shaver in the south of London. But anyway, the scale of this structure can not fail to impress, and the use of advanced technologies (in particular wind energy) makes it worthy of attention. 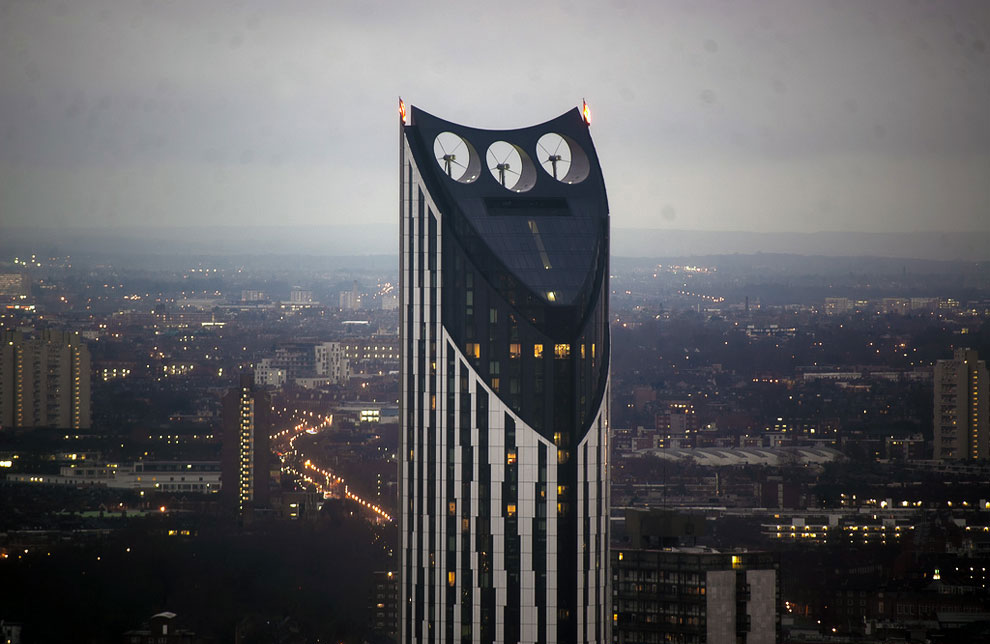 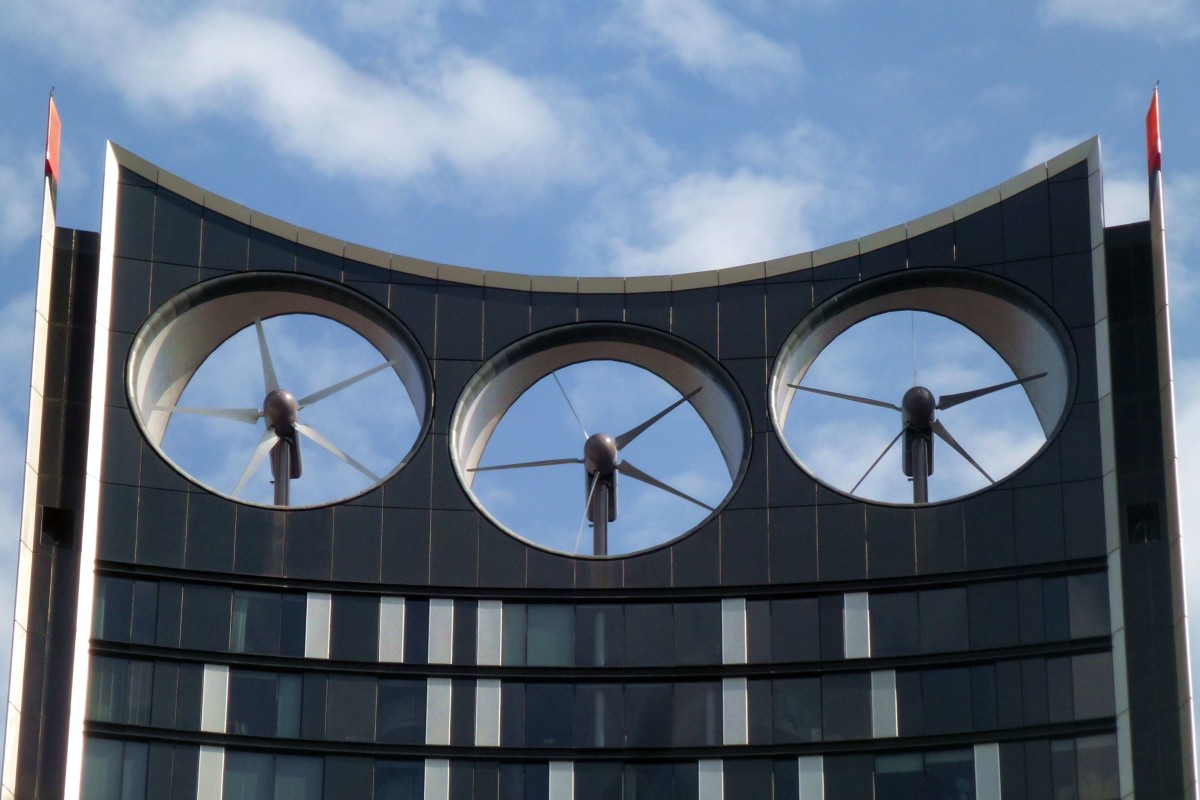 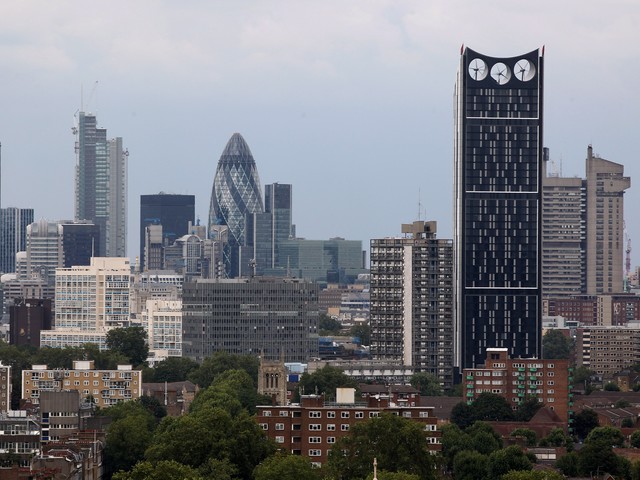 Beautiful twin towers made in the formsails, rise above the ground by 240 m (or 50 floors). Hundreds of apartments, parking for 1,700 cars, 26 elevators (4 of which are panoramic) - all this is powered by wind turbines installed on the bridges between the towers. The individual blades are 29 m in diameter, and the advanced technology allows them to operate almost silently. It is a pity that their capacity is not enough to fully provide the building with electricity, but even 15% is by no means a small contribution to nature conservation. 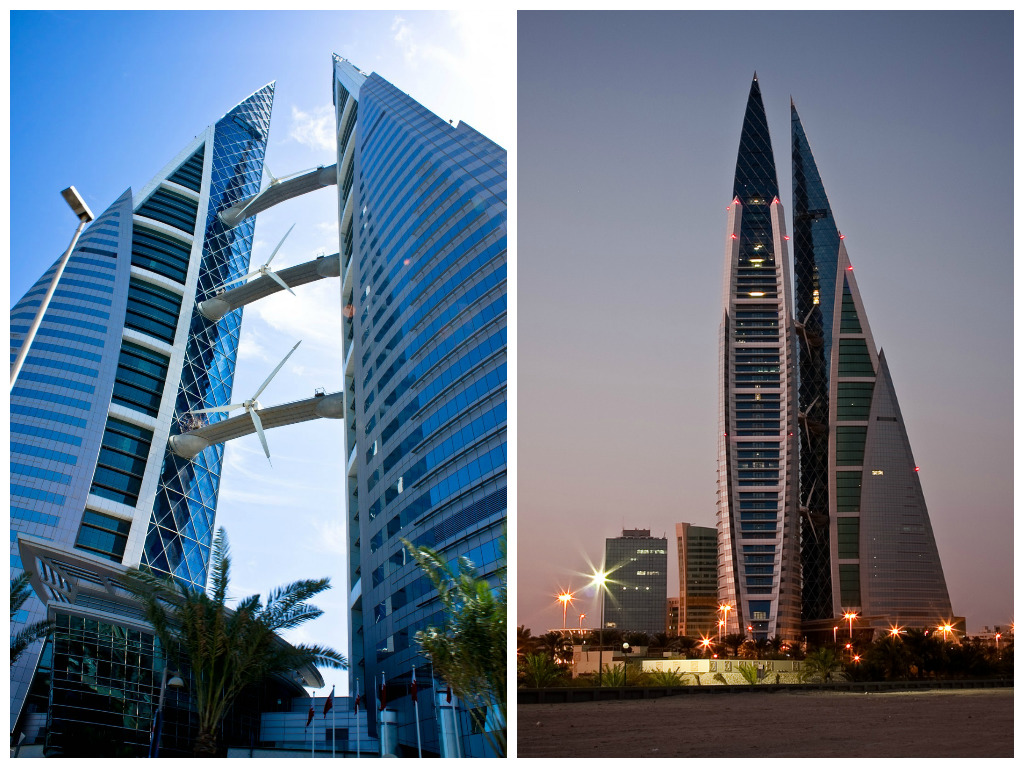 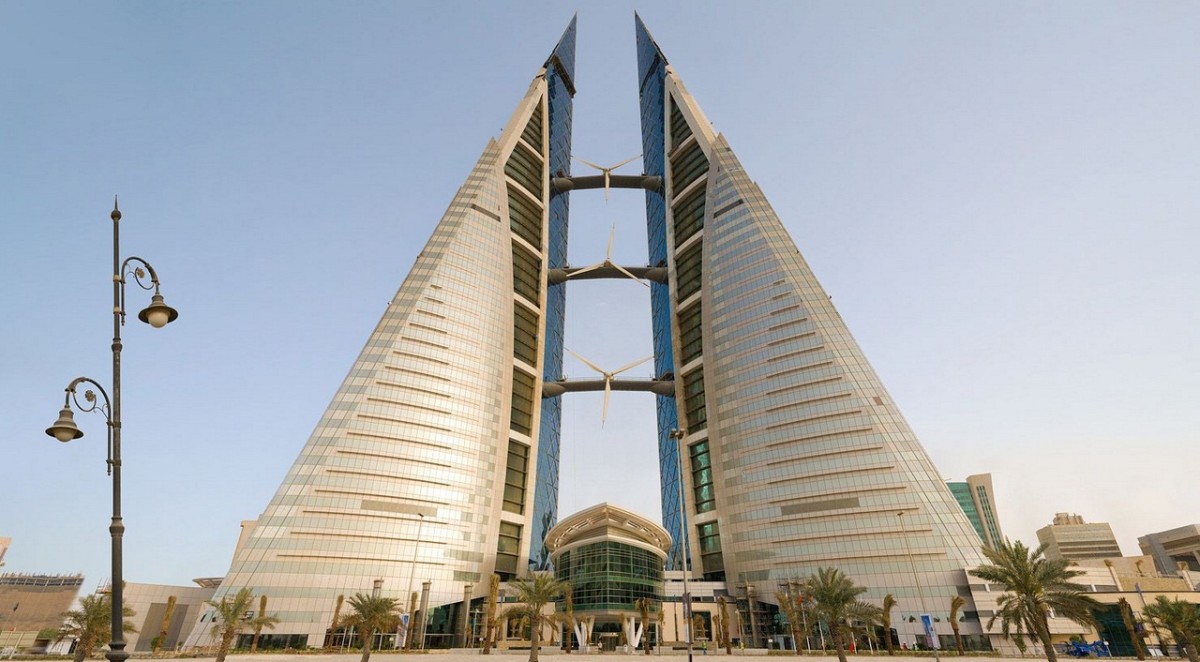 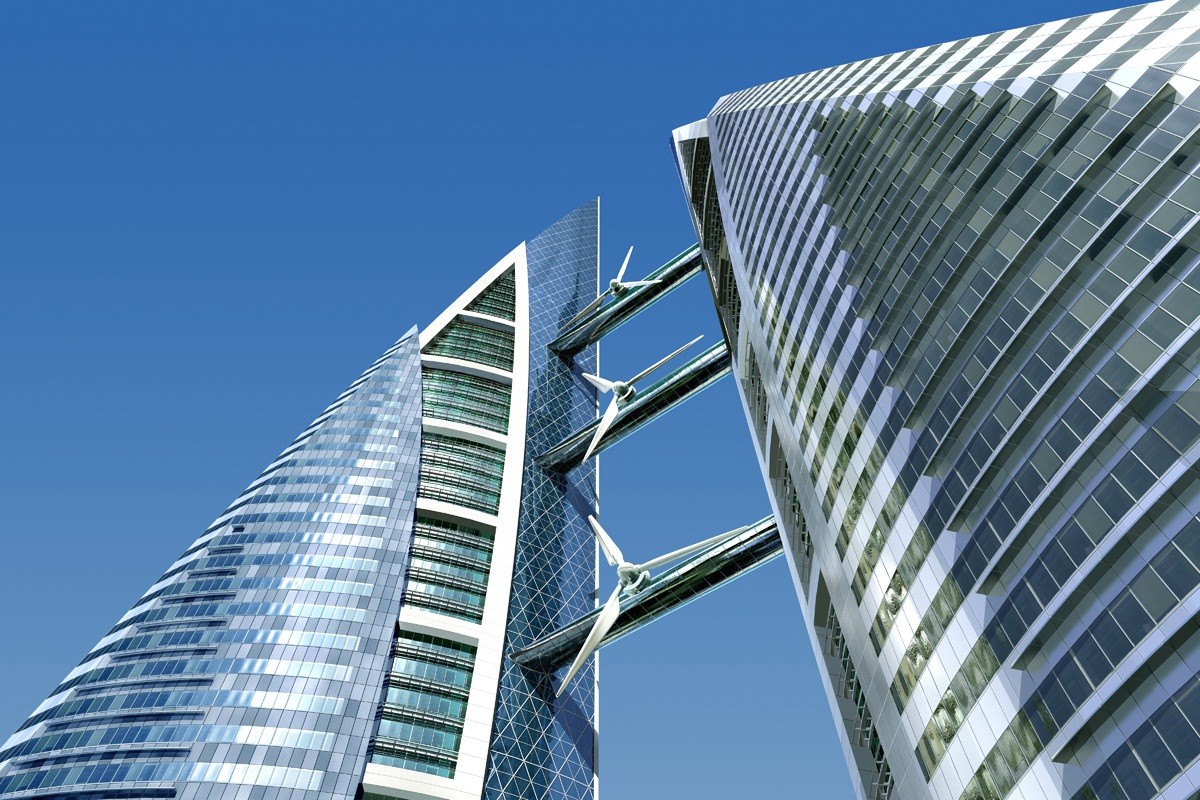 BedZED is not just a house, but a whole eco-complex,which can be called a paradise for all members of the Green Peace movement on our planet. The building and the entire area around it are designed in such a way as to minimize or completely eliminate the negative impact on the environment. 1500 sq. m of offices and 99 residential apartments are inhabited by people with innovative views on the use of clean energy. The architects equipped the complex not only with wind generators, but also with solar panels. 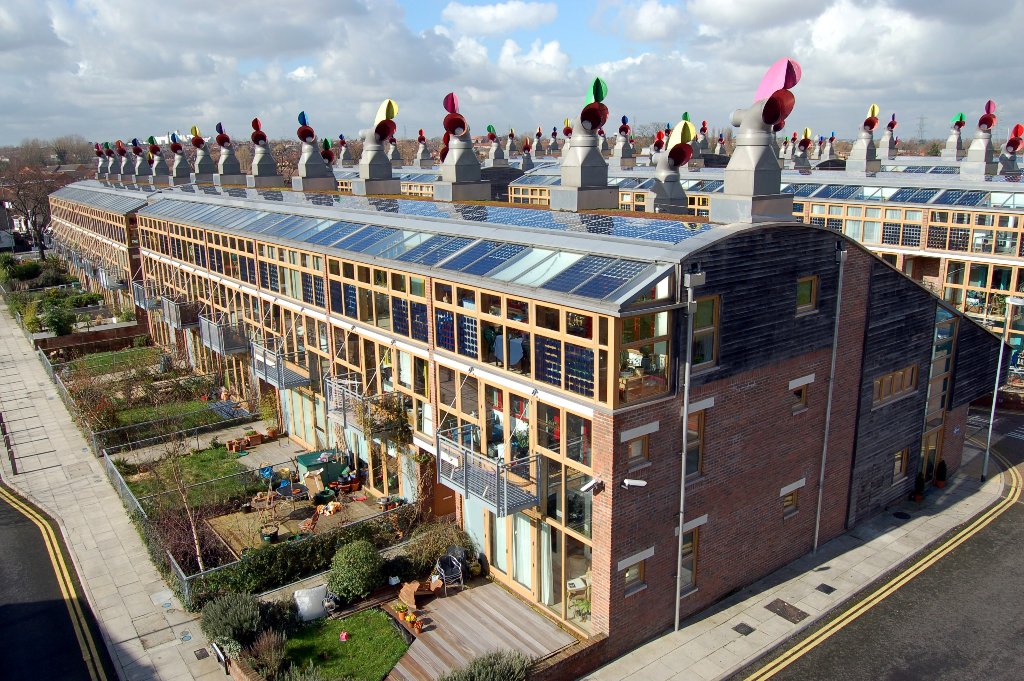 Miami 400-meter condominium project,equipped not only with wind generators, but also with photovoltaic and solar panels, it is simply mesmerizing. The rounded shapes of the windows and the construction of the building's eco-skeleton will allow the heat masses to be redirected in such a way that in the heat, natural cooling of the interior space takes place. Upon completion, developers will pursue LEED Platinum certification as they believe their building meets all modern clean energy standards. If you have not heard about this project yet, thenlet me introduce you: here is the development of the world's first revolving skyscraper in Dubai. Thanks to the unique design, the floors will be able to rotate around the central axis. Thus, the owners of the apartments in this tower will be able to have breakfast while watching the sunrise and dine while watching the sunset. But the most important thing is that it is planned to place 48 silent wind turbines inside the building, between floors, which, according to the architects' plan, will produce 10 times more energy than the building requires. It is hoped that such a miracle of modern architecture will soon appear and become an example of the use of clean energy.