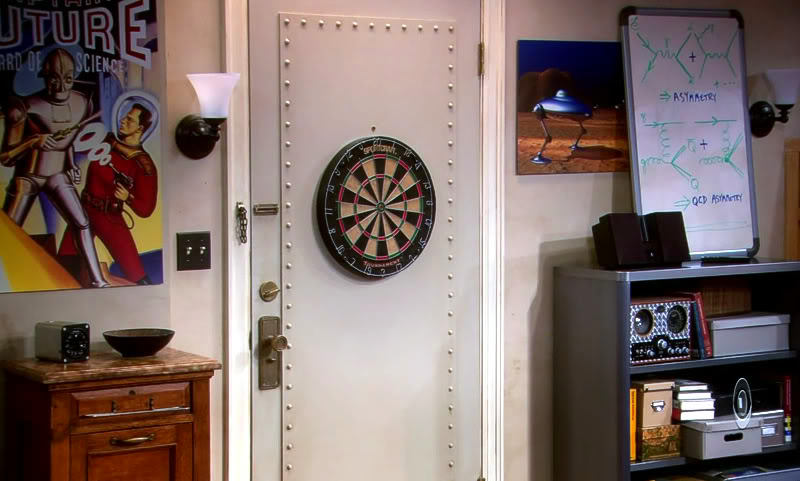 Wallpapers with Spider-Man, chair in the shape of a headMickey Mouse, posters with Superman ... Do you think it is a child's design? Not at all. A selection of interiors for all ages, where the heroes of comic books and cartoons play the main role, in our article. In what interior are the images of cartoon characters and comics appropriate? It would seem that the answer is obvious: in the interior of the children's room. However, not all so simple. Today we will talk about how you can successfully integrate your favorite painted characters into an adult interior. 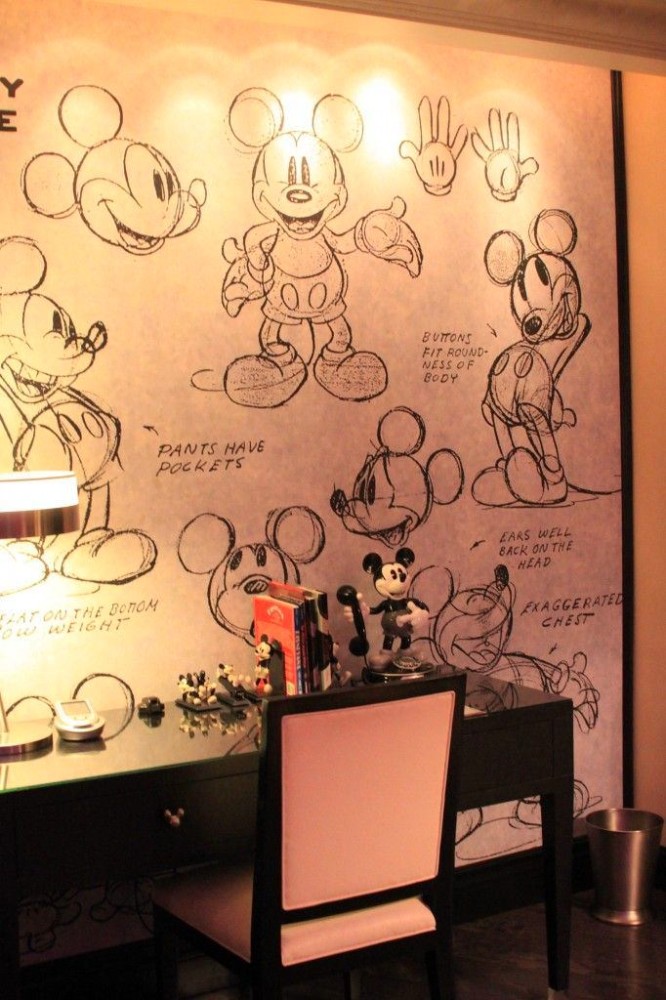 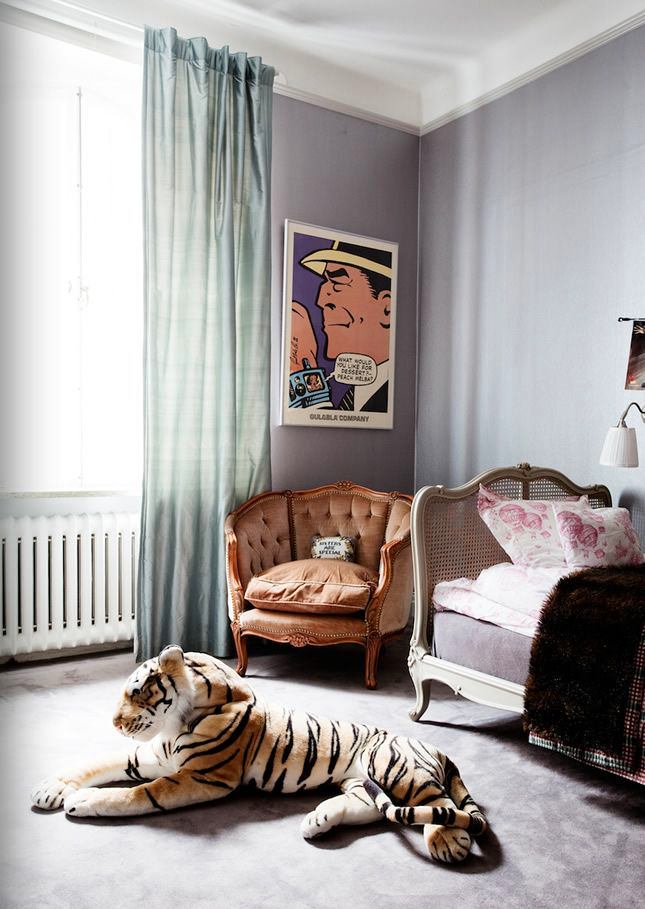 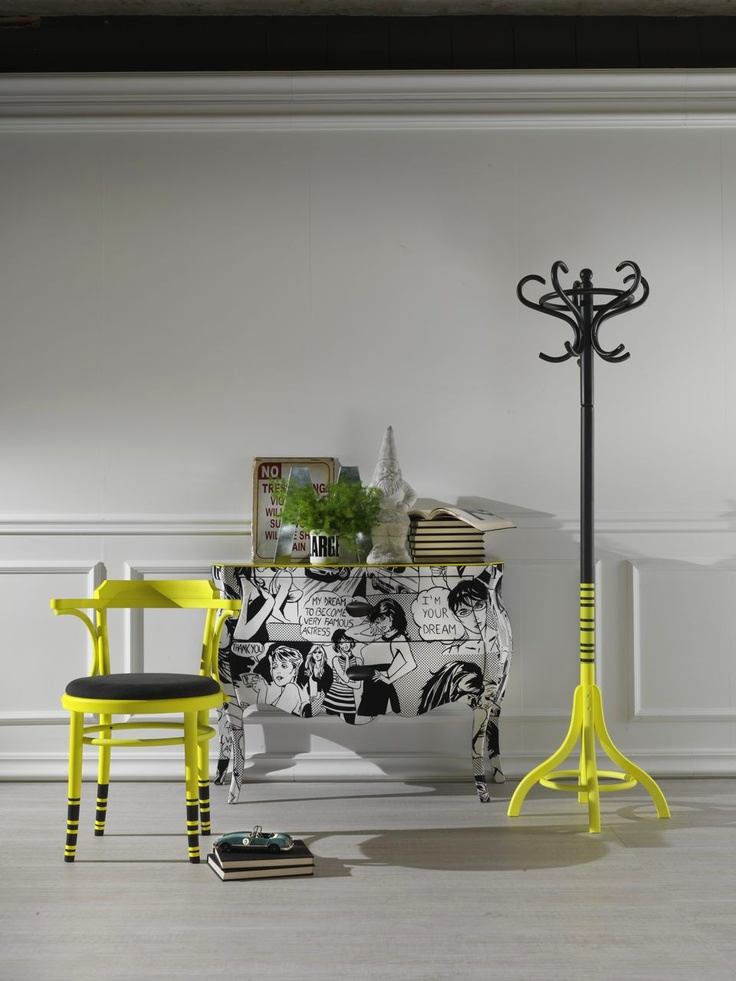 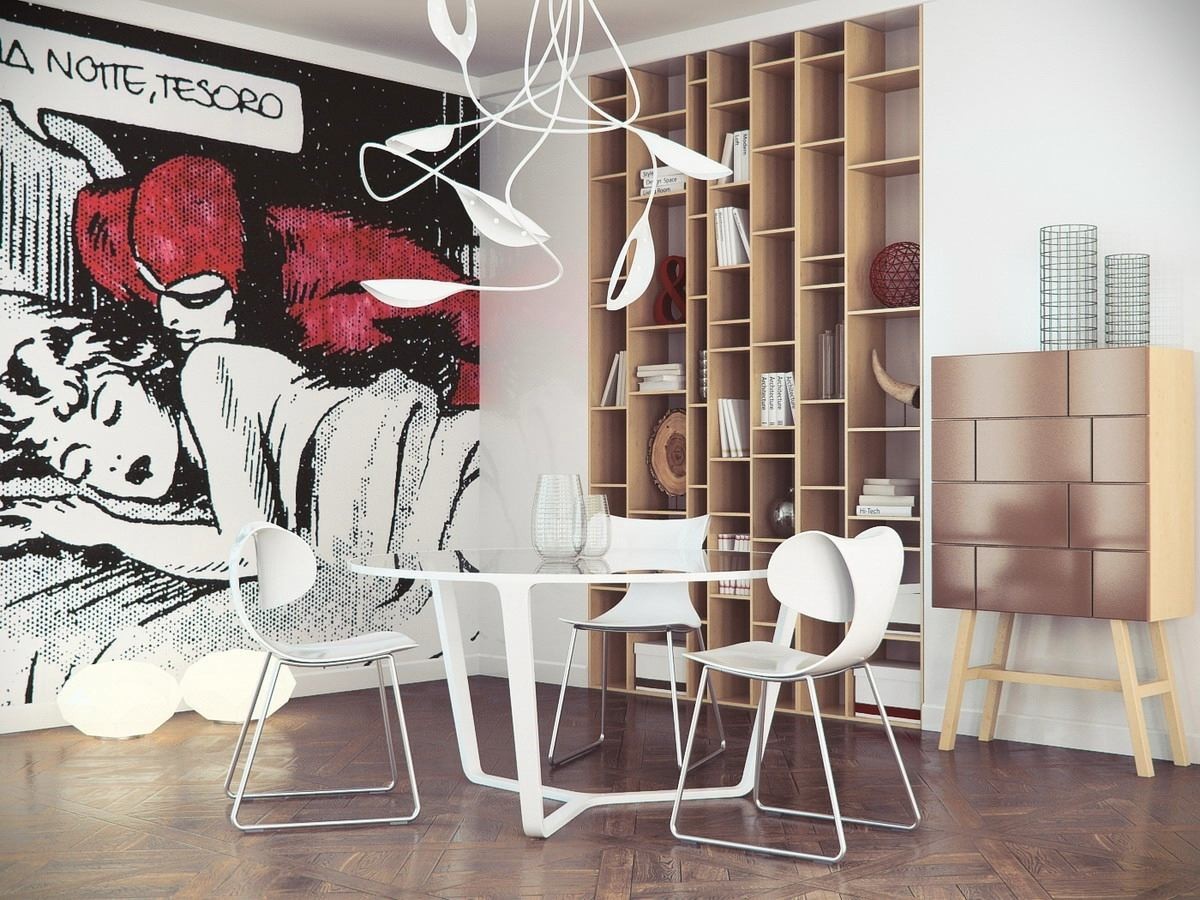 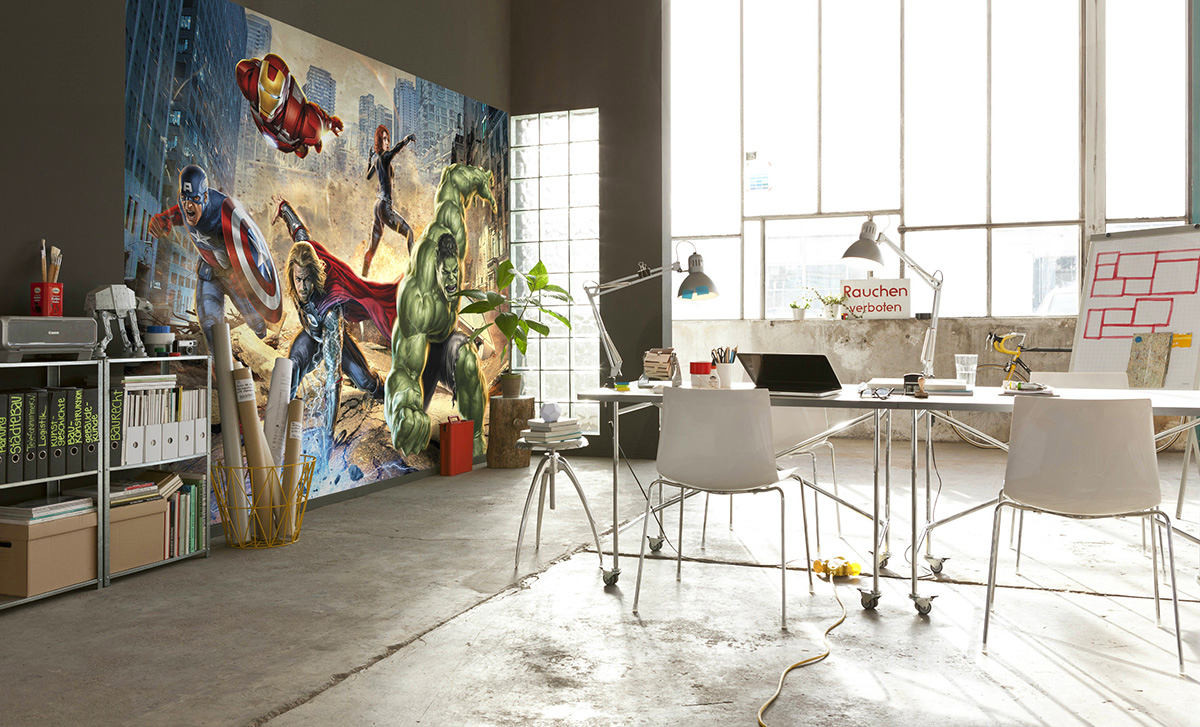 Let's start with the cartoons. On the one hand, the topic is purely childish, and on the other - we all know that there are cartoons for adults. And now it's not about something vulgar or indecent, but only about animated projects designed for a wide audience: from 12 to 40. As an example, you can bring all the famous Simpsons. Adult fans of this series are happy to use their image in pop art and fusion interiors. Even the famous artist in the kitchen hangs a graphic portrait of Homer Simpson. Our opinion: - In addition to traditional images of famous cartoon characters, in interior design, as in clothing design, it is customary to use contour patterns and volume shapes in which the character's silhouette is only indirectly read. First of all, it concerns such a cartoon character as Mickey Mouse, as well as the sensational Japanese Hello Kitty, whose head contour is recognized no less than Chanel's logo. There is still a number of the drawn characters which already for a long time have passed from the category of cartoons in the category of memes. 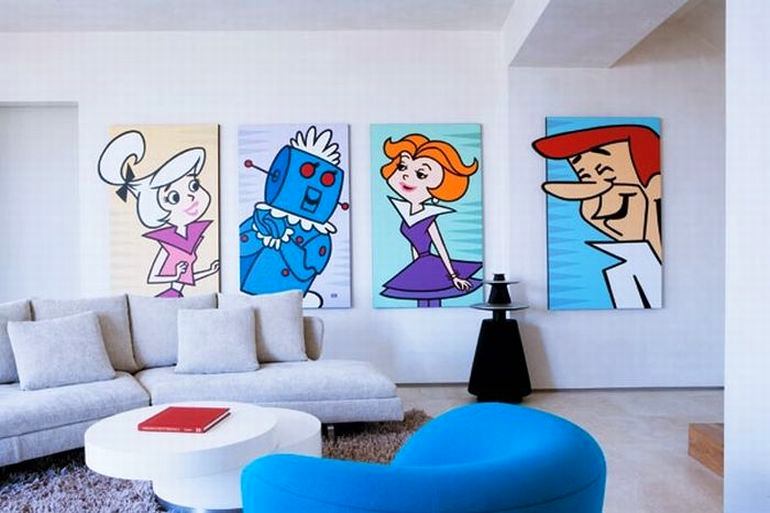 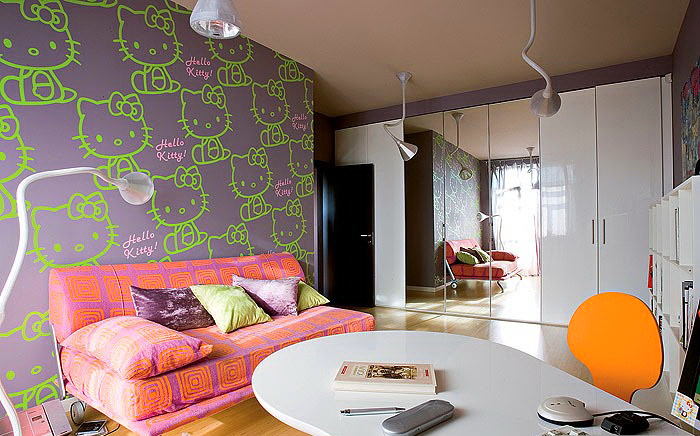 As for the comics, then contrary to the conventionalThey were not thought of as children's literature. In the heyday of painted stories, the most popular genres were horror, detective and fantasy. And children's comic books, say, about the same Mickey Mouse, appeared much later and were created on the basis of the already existing animation. Today, interiors, in which the main decorative accents are comics or images, performed in a characteristic graphic manner, have an exact stylistic definition - pop art. Our opinion: - To achieve a stylistic result it does not matter which comic books you choose for interior design. The main thing is that the images are executed in a characteristic graphic style. 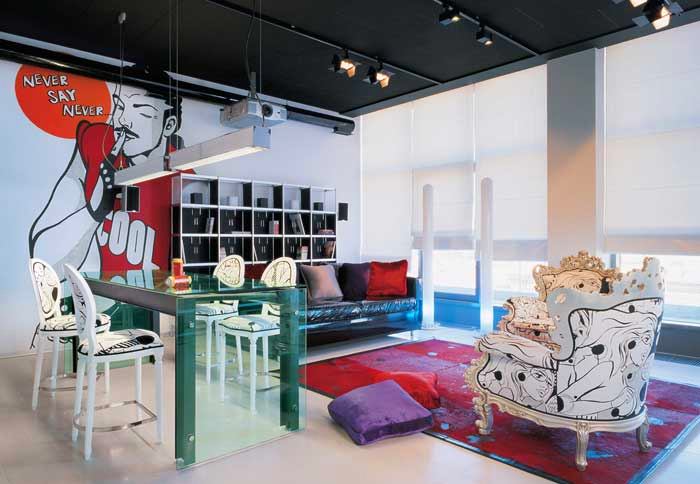 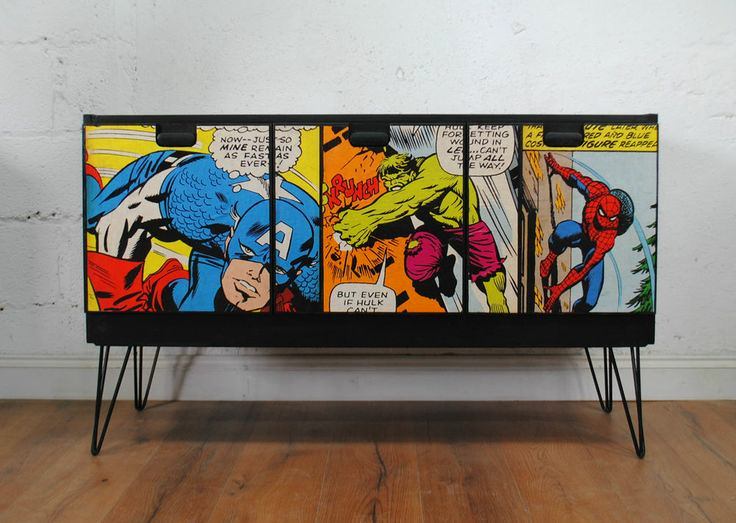 To a separate kind of decor in the style of pop art, you canCarry posters. Most often they are not only an ornament, but also collectibles. Vintage or retro posters with fragments from comics can be found not only in fashionable interiors, but also in the scenery of famous television series, for example, in The Big Bang Theory. Exhibition in Milan: where to go first on iSaloni 2017

Where to hide the wires when charging the phone: 10 original decor ideas - etk-fashion.com

Where to hide winter things - etk-fashion.com