Do you dream of a sea-style kitchen? How long do you want to feel like a captain? Fans of the big wave and the ocean will love the design of this kitchen

If one of the spouses is the captain of the distantswimming, then the desire to make a kitchen in a marine theme is absolutely understandable. The customers wanted the entire interior to resemble the theme of sea travel. Yulia Arslanova managed to create a real cabin on 13 square meters. Julia Arslanova, designer Graduated from the International School of Design. Interior designer of residential and public spaces in accordance with the international standard of the IIDA profession. arslanovadesign.com

The main color was light blue. Most of the kitchen furniture is white, except for two blocks, which are decorated for a tree. On one side are two ovens and a hob, and on the other - a sink and worktop. Since the hosts often receive many guests, a special desire is the availability of two refrigerators, one of which stores blanks. The doors of the lockers are opened by pressing, and allThe sockets are housed in special retractable modules, which are also opened by pressing. These blocks are intended for connection to a network of small household appliances. 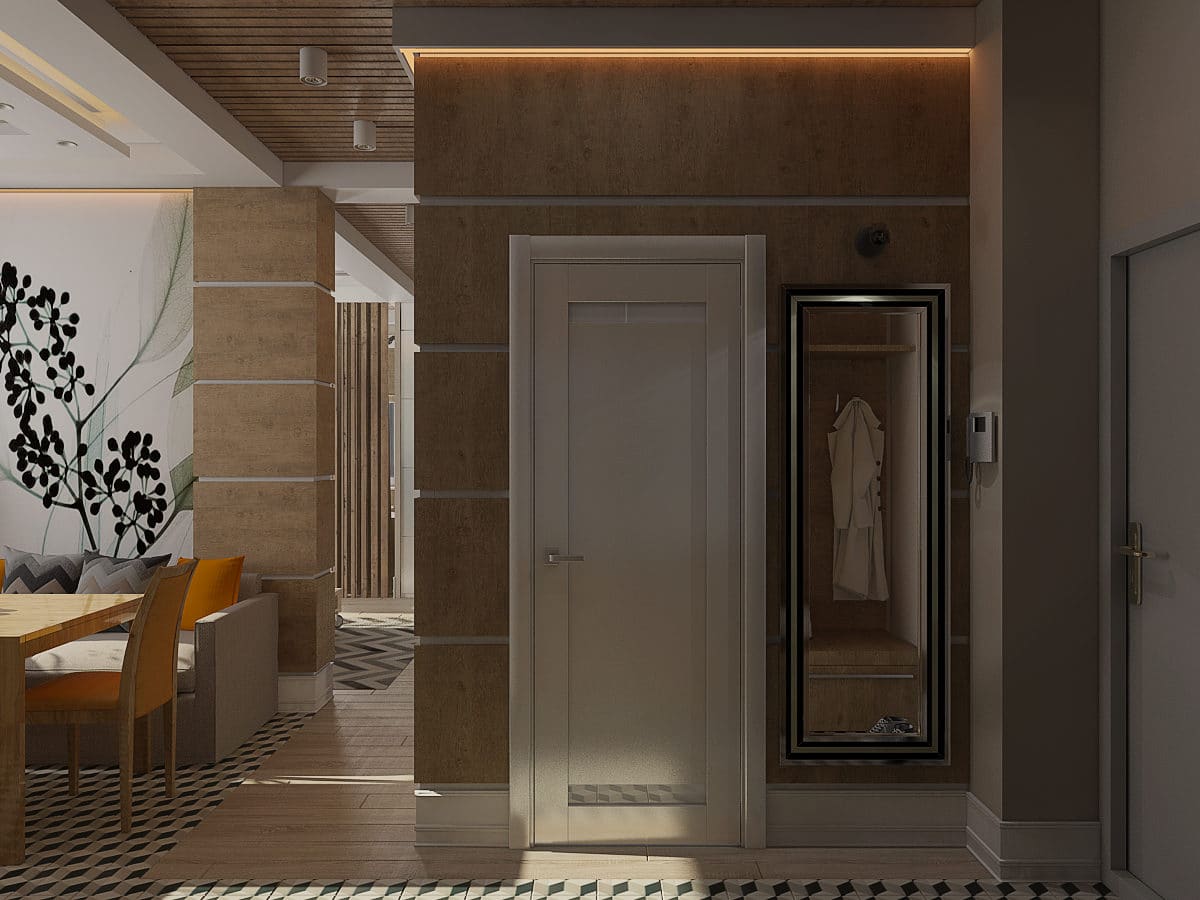 Next to the bar counter, the ropes are balanced on the ropes, but the whole hook keeps this whole structure. On the contrary, there is a life ring, without which no swimming can be done. Well, completes the design of the kitchen bay window, standing in front of which, you can for a second directly to the bridge of the ship's bridge.