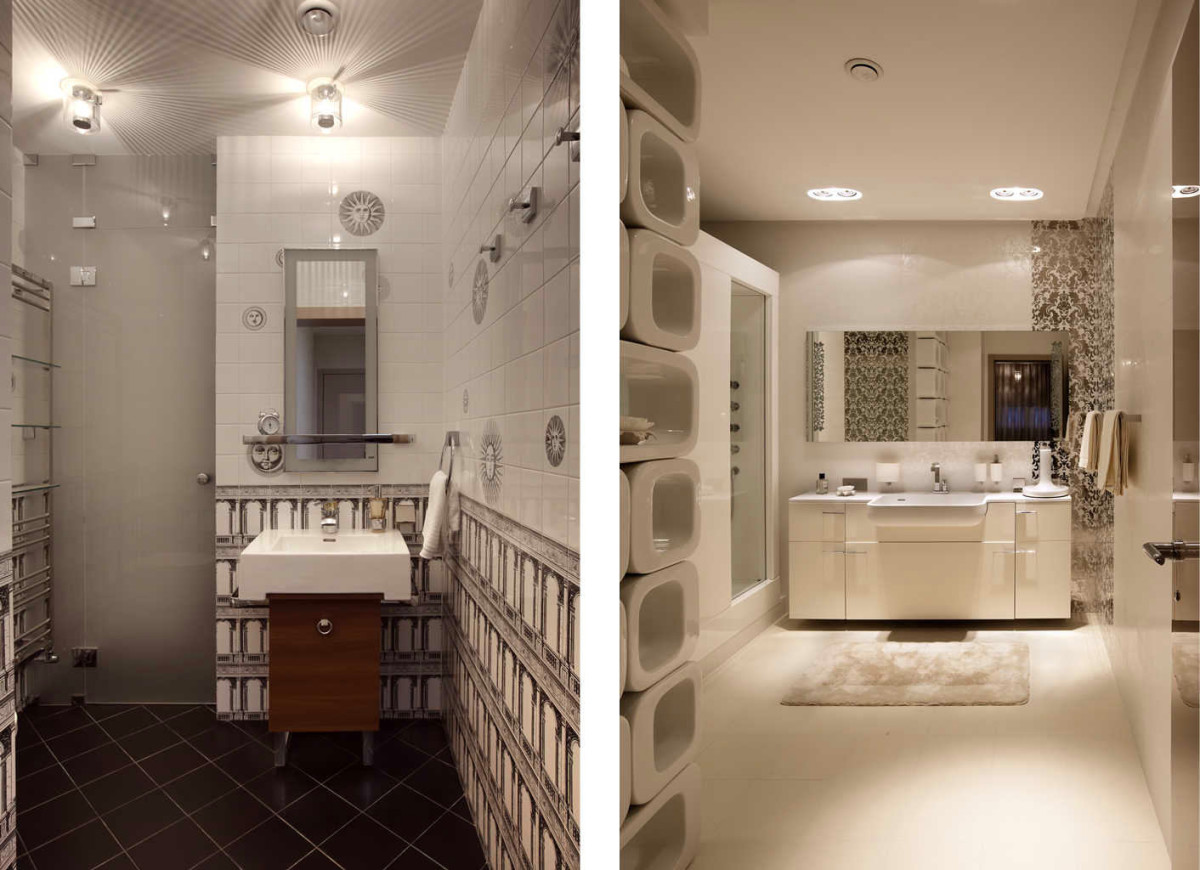 What to do if the apartment is a gift fora young girl, and her parents are very fond of the classic interior? We will tell you how to combine classics and originality using this Moscow project as an example. Customers of the apartment project on Novy Arbat in Moscow created it as a gift for their daughter. The parents themselves prefer strict classics, but for the young girl it was decided to make a freer and more extraordinary space. In addition, the apartment was rather dark due to the small number of windows, so solving the problem of lack of sunlight was another important task. This project was entrusted to designers Anton and Marina Fruktov, because it is they who always work logically and competently in an eclectic style, mixing architectural styles in projects. In addition, it is not the first time that customers have worked with the founders of the Design in Cuba studio. Marina and Anton Fruktovy Graduates of M. S. G. Stroganova, founders of the studio "Design in a cube", constant participants in the television projects "Housing Question" and "Dachny Answer", authors of many publications in interior media - "Salon-interior", "Interior + Design", "Architectural digest" ; laureates of design contests. design3.ru

The eclecticism of the interior of this project isin a combination of classic architectural forms, bold colors and delicate shades. An interesting fact is that the future owner of the apartment did not know about the project, and all decisions were made by her parents, who fully trusted the taste and experience of the Design in Cube studio team. Due to the fact that the windows in the apartment are located only in the end parts and there is a lack of light, the designers suggested using an abundance of white in the interior. 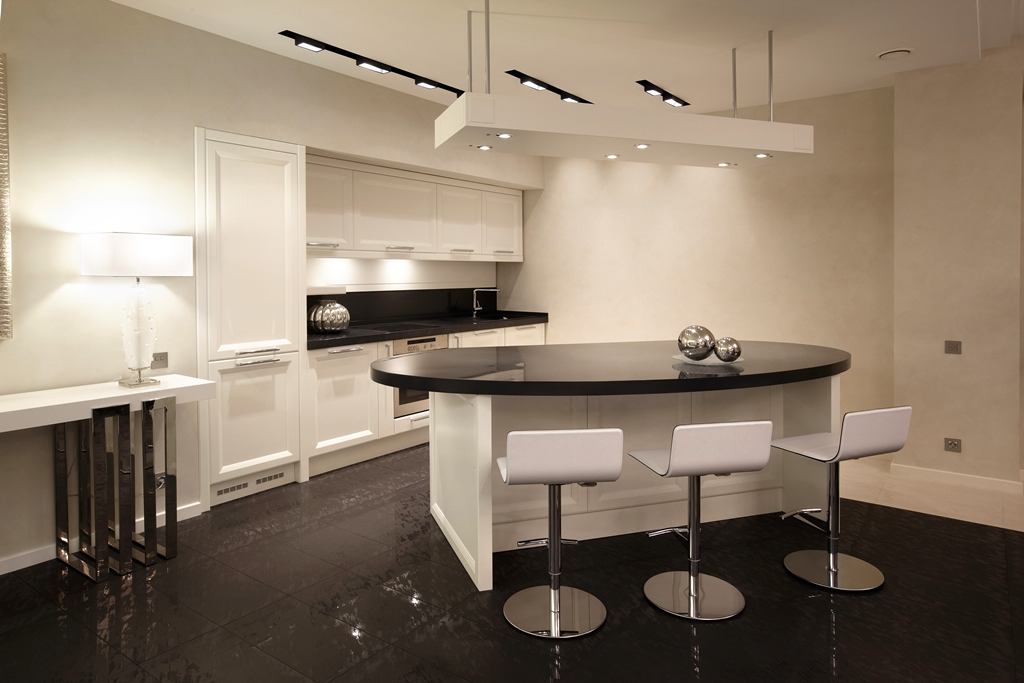 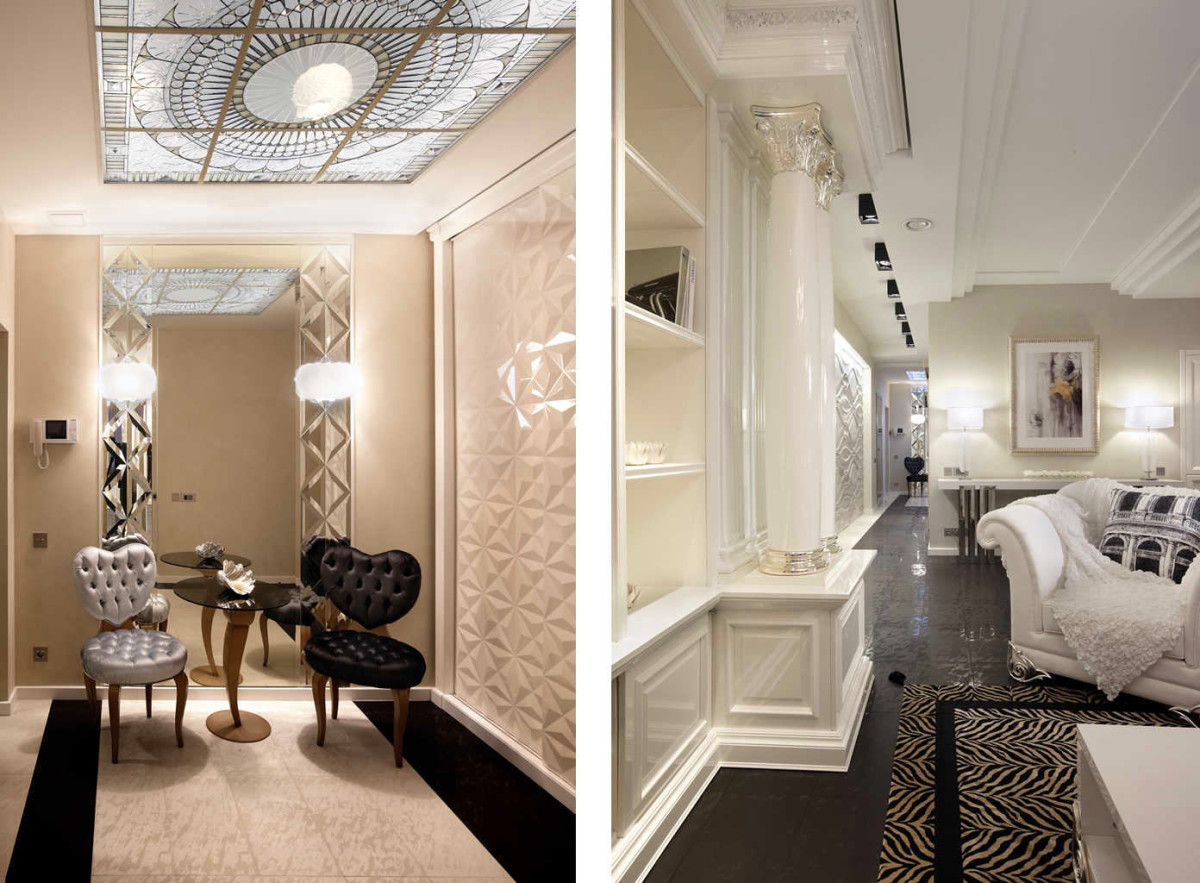 Architects offered to share spaceApartments for two zones - private and public. The larger of them housed a living and dining room, in a smaller - a bedroom, study and master bathroom. This zoning is caused not only by the functional convenience of the location of the rooms, but also by the low illumination of the apartment, where the windows are located only in the end walls. As a result, the darkest room in the center of the apartment was given under the dressing room.

The laconic color scheme of the interior wascaused by the need to lighten and expand a rather dark space. The private areas - the bedroom and the study - are made in soft golden-olive colors. The original lighting effect is created by the shadows cast by the Simga Elle Due chandeliers. The study is separated from the bedroom by a translucent glass partition with a moire effect. The wall of the master's bathroom is decorated with tiles with a mirror pattern. An interesting decorative solution for the bathroom is the Naxos volumetric partition. 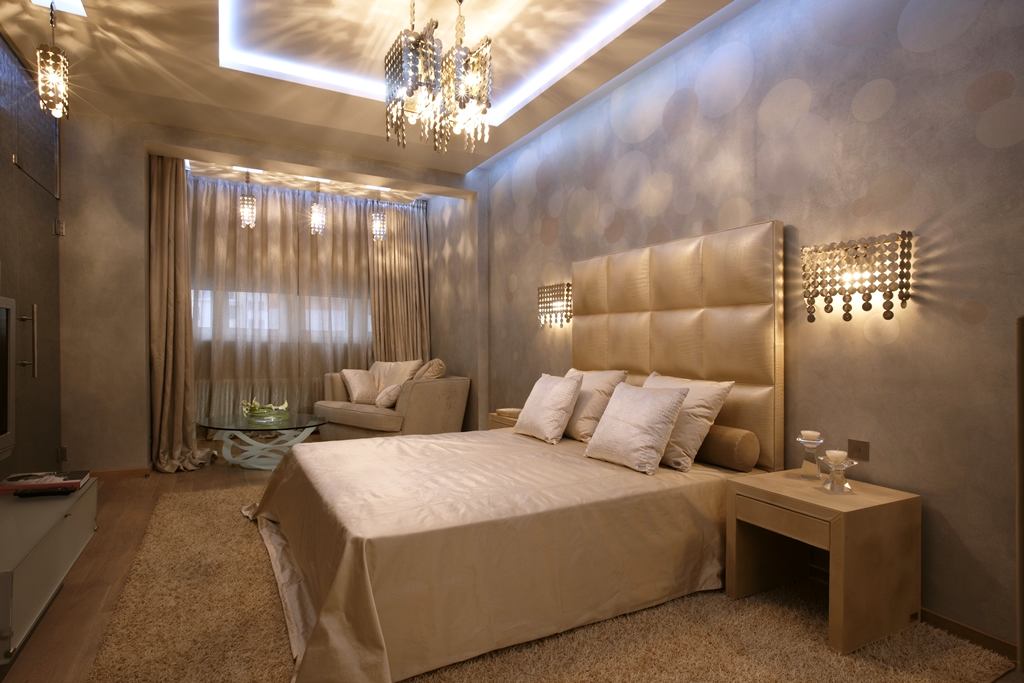 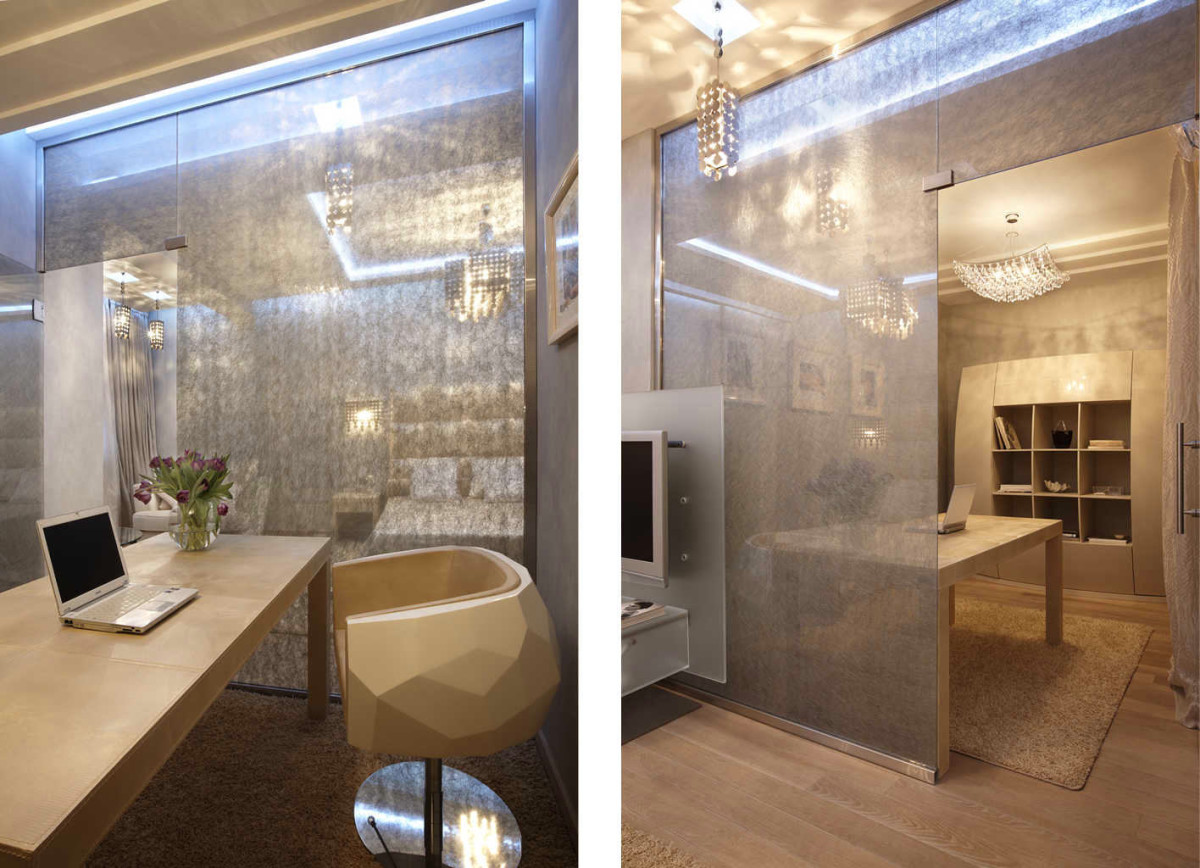 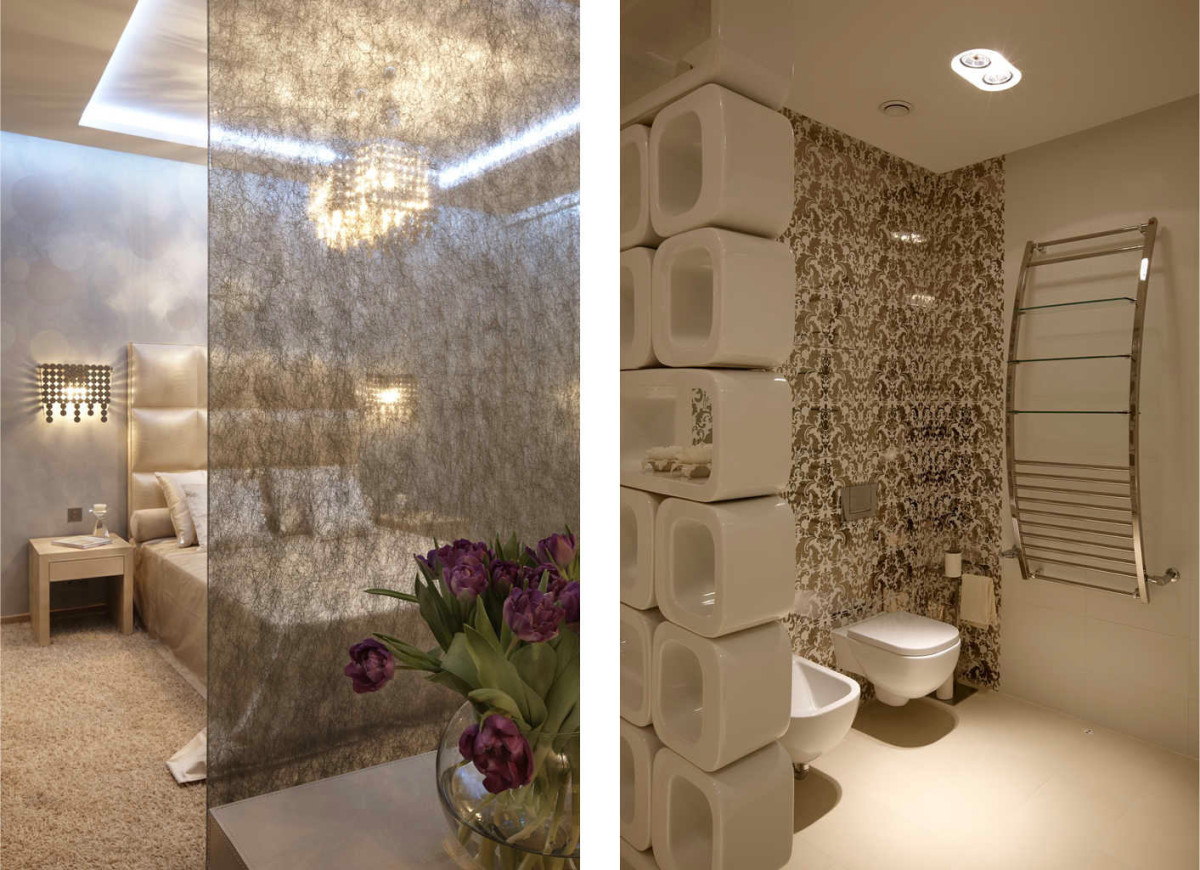 Anton and Marina Fruktovy, designers:- Accessories such as Corinthian columns, architectural prints on textiles and original stained glass bring the sophistication of classic interiors to the interior. www.design3.ru As a result, this project, created in black and white shades and filled with glare and luminous details, does not seem oversaturated at all. Laconic color schemes and thoughtful layouts allowed to create a harmonious and fashionable interior for a young girl. design3.ru 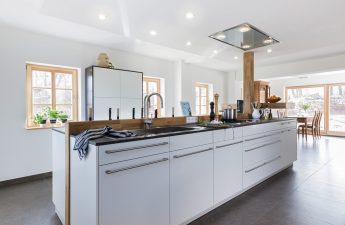