Create a design project in a classical style is not soreally difficult. But how to give it a touch of modernity, ease and freshness, we will tell by the example of this project Interior of an apartment of 190 square meters. m, located in the heart of Moscow on Kutuzovsky Prospect, is made in the style of light classics with elements of modern contrasts. Customers - a happy married couple - wanted to create an interior of an apartment in a classical style, inviting for this designer Victoria Vlasova. However, having carefully studied the needs and lifestyle of customers, Victoria suggested a more modern reading of the classics. Victoria Vlasova, architect-designer Victoria Vlasova - designer, architect, graduate of the school-studio "Details". The founder of its own bureau Victoria Vlasova Interiors. Among the realized works of the bureau are interiors of private houses, apartments, restaurants and beauty salons. victoriavlasova.ru A distinctive feature of the interior was the enfilade arrangement of the rooms, which affected the interesting planning decisions developed by the designer. To give the classic interior a touch of modernity, Victoria Vlasova suggested using juicy, saturated colors and bright contrasts. 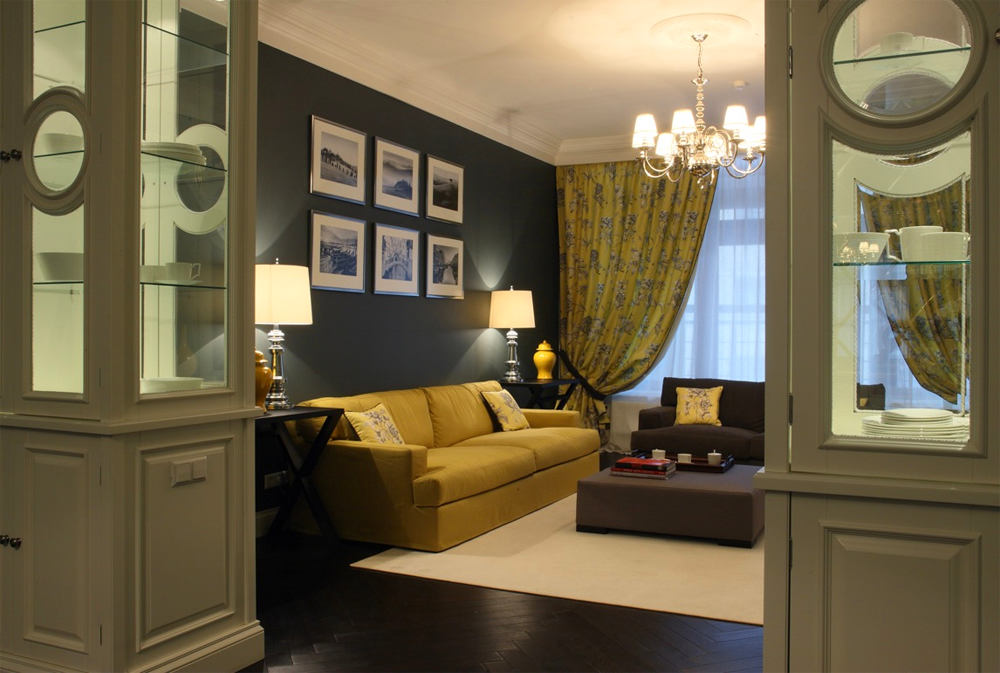 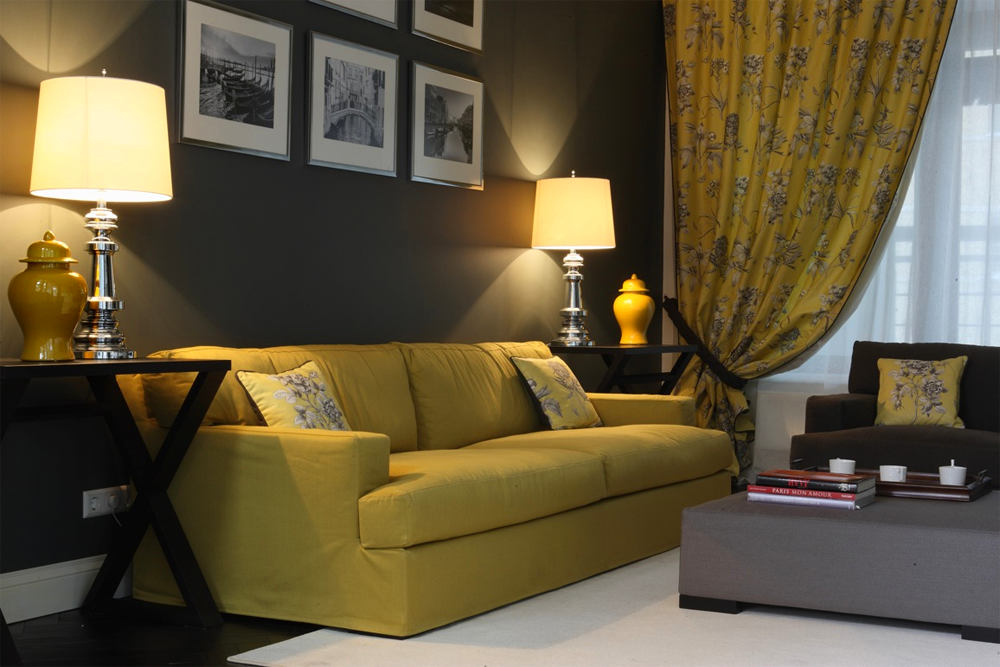 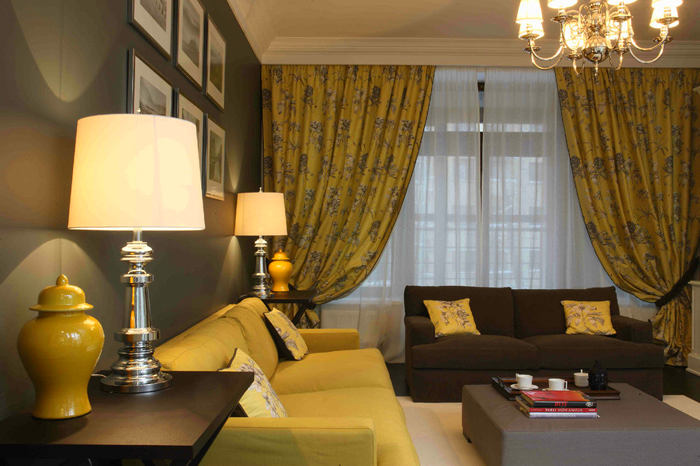 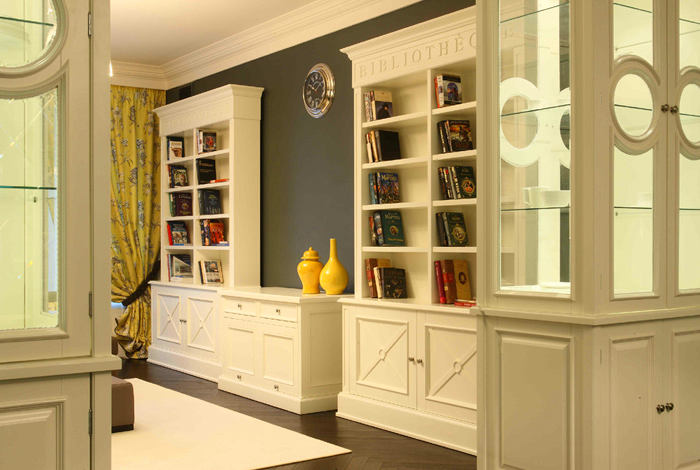 When designing an interior designer collidedwith the fact that there were no windows in the dining room. Solve the problem of insufficient illumination helped by a mirror panel with rhombuses, which reflected the window of the living room. 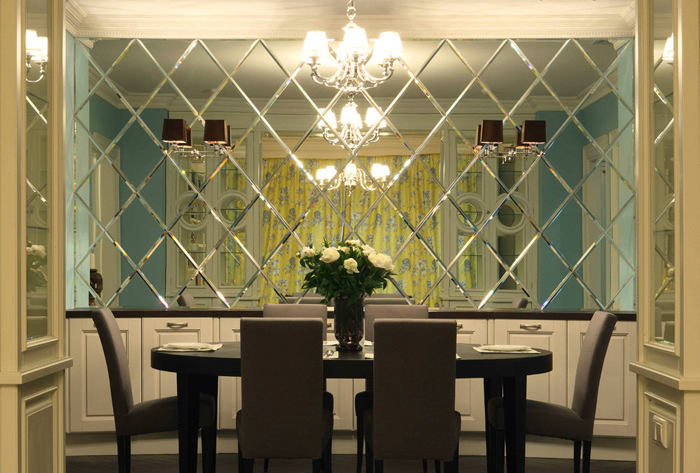 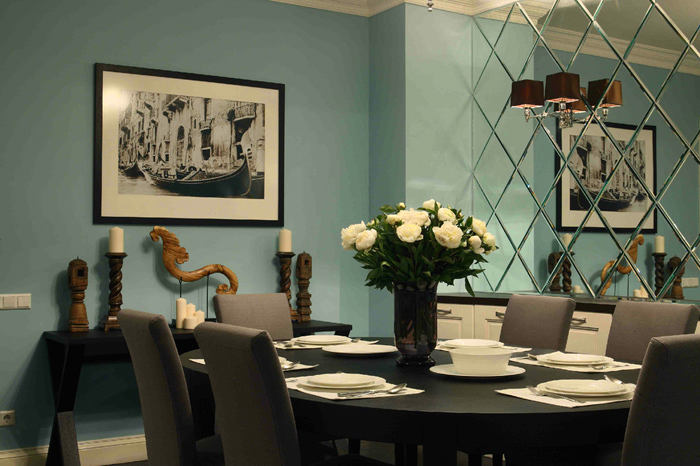 To make the interior truly exclusiveand contrast, the designer suggested making most of the furniture according to their own sketches: a chest of drawers, a library, built-in wardrobes in the bedroom and a hall, a headboard of a bed, doors. The rest of the furniture - sofas, tables and chairs - from the Italian brand Meridiani, in the kitchen - from the company Aran. The portal between the living room and the dining room, which is a bar with a backlight, was also made according to the sketches of the designer. Victoria Vlasova paid special attention to textiles, natural and quality. The children's room uses the fabric of the British brand Harlequin, and in the living room and bedroom - Sanderson. For lighting selected modern lamps with a classic accent. Decorative effect and additional lighting in the living room create table lamps Andrew Martin. 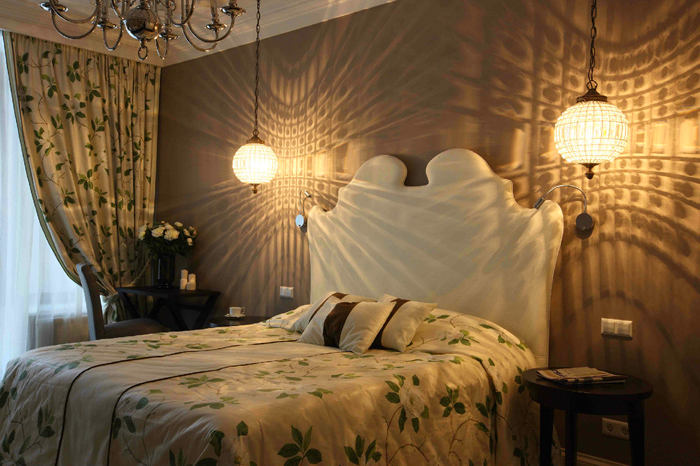 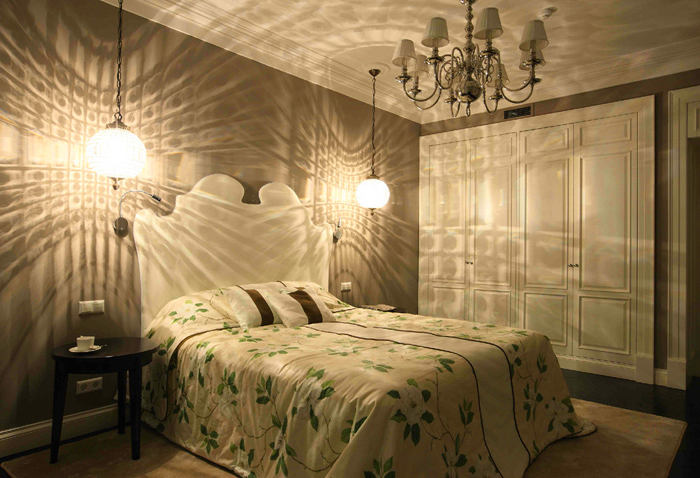 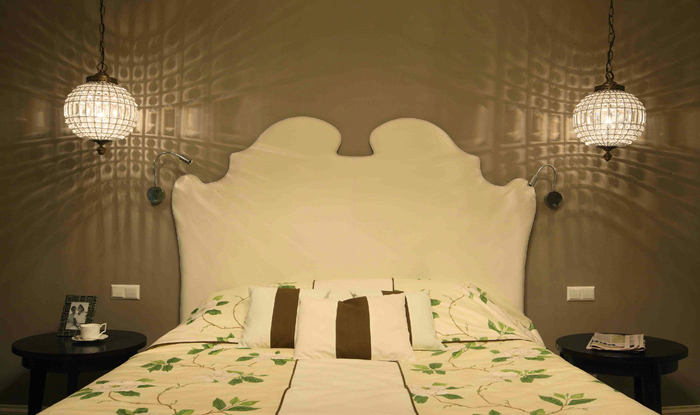 The baby is made in brighter colors, although at the same time in its interior is the severity of the classical style. 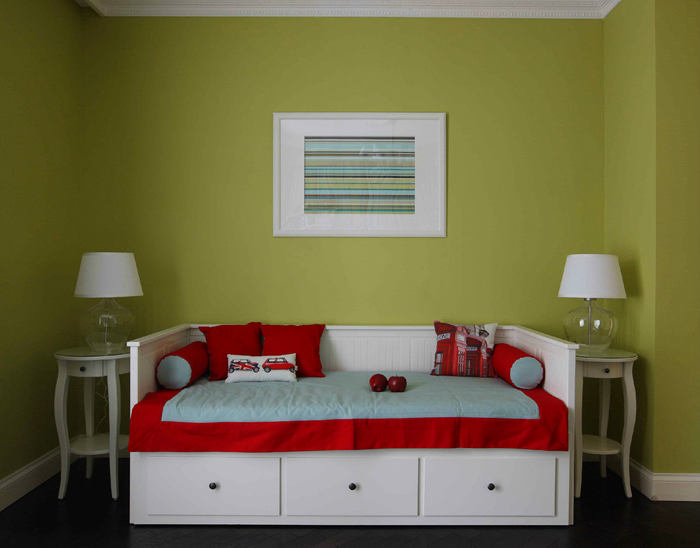 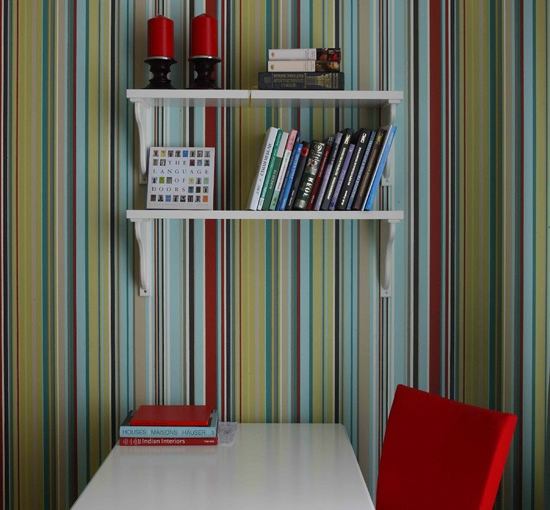 Victoria Vlasova, architect-designer: - The interior was very elegant and at the same time quite serious. Despite the fact that the room uses dark colors, it is perceived cozy and spacious. Working in a classical style, the main thing is to keep a sense of proportion and not to switch to direct "quotes" of any historical style. victoriavlasova.ru 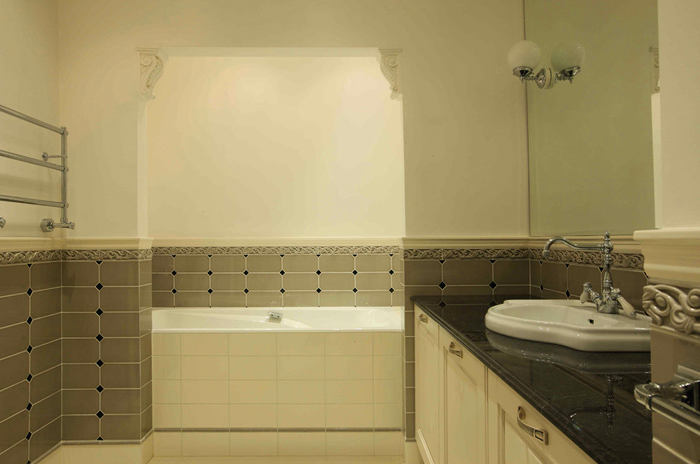 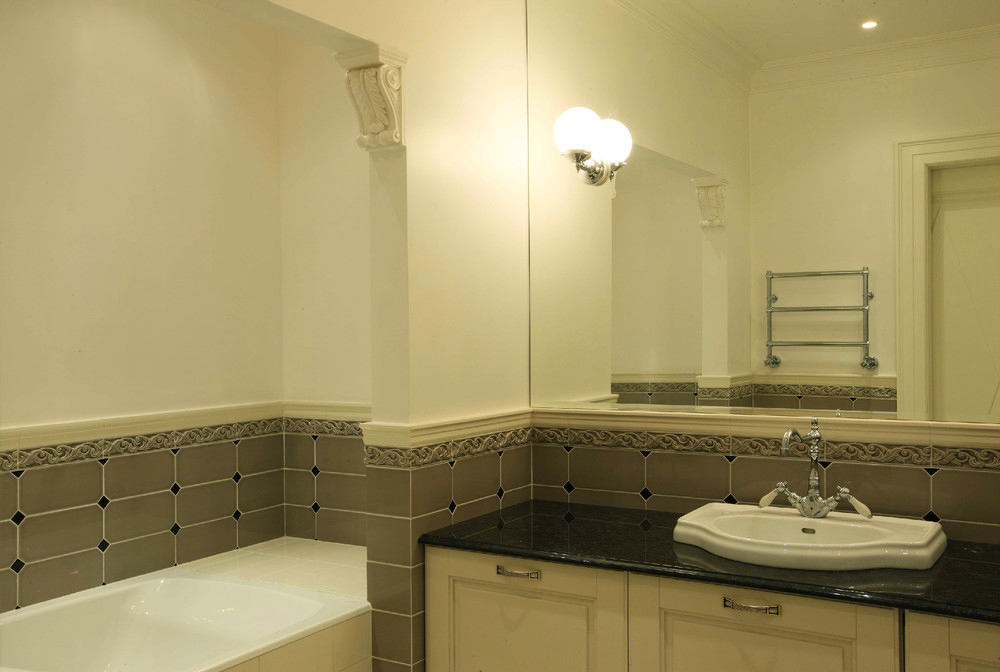 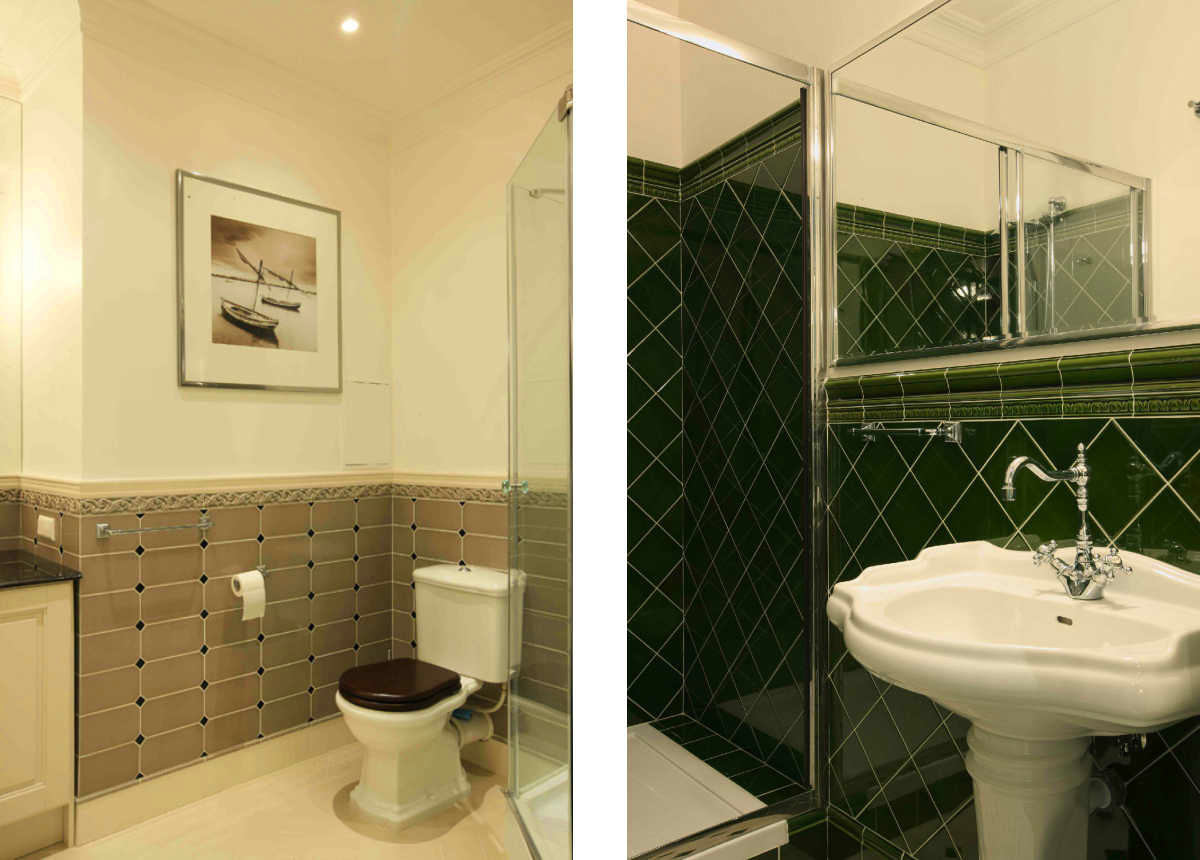 Design of a three-room apartment in the style of minimalism