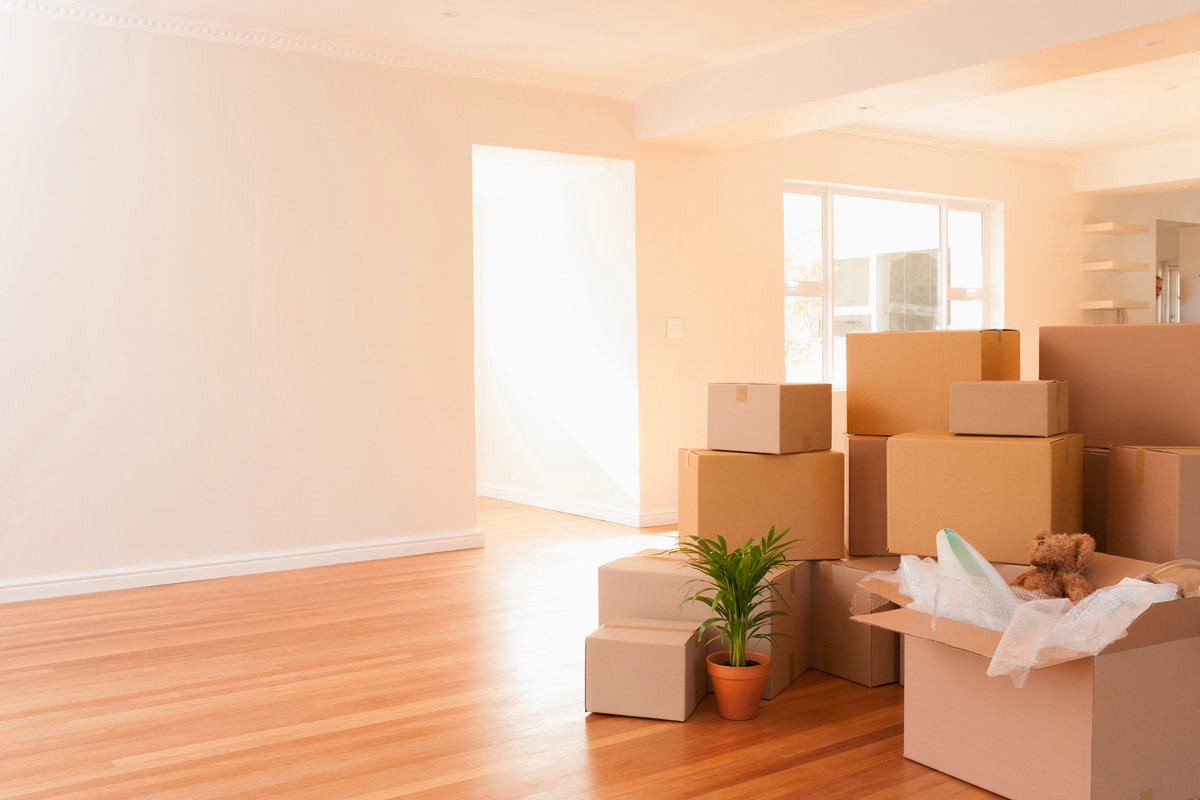 Repair is troublesome.In order not to guess at what a pretty penny now the alteration of the apartment will pour out and how the crisis will affect the cost of furniture, we conducted a survey and learned the opinion of experts and market consumers. The crisis has already made itself felt, the prices of some consumer goods have crawled up. And now what to do with already begun or planned repairs? This issue is especially relevant if the repair is in an unfinished stage: the main alteration has been completed, and facing work is ahead, the purchase of furniture and equipment. And the builders, not today or tomorrow, may begin to grumble about the fact that the situation has changed. How to talk to workers if they demand higher wages due to the depreciation of the ruble? Is it worth continuing to do business with them, or is it better to take up wallpapering as a family contract? Let's see what construction experts have to say. The wages of workers have nothing to do with the dollar exchange rate. As you initially agreed with the team, you continue to work. And if the builders begin to express dissatisfaction, then this is already called blackmail.

Oleg Borisenko, head of a construction company This ismeans that only pre-crisis options for cooperation work. Is it really? Let's hear the opinion of another professional. Igor Slisarenko, RemontExpress company: - Our prices have not changed and will not change in the near future. Moreover, everything is going on as usual with us: repair work is being completed and paid for according to the original contract, without changes. remontexpress.com 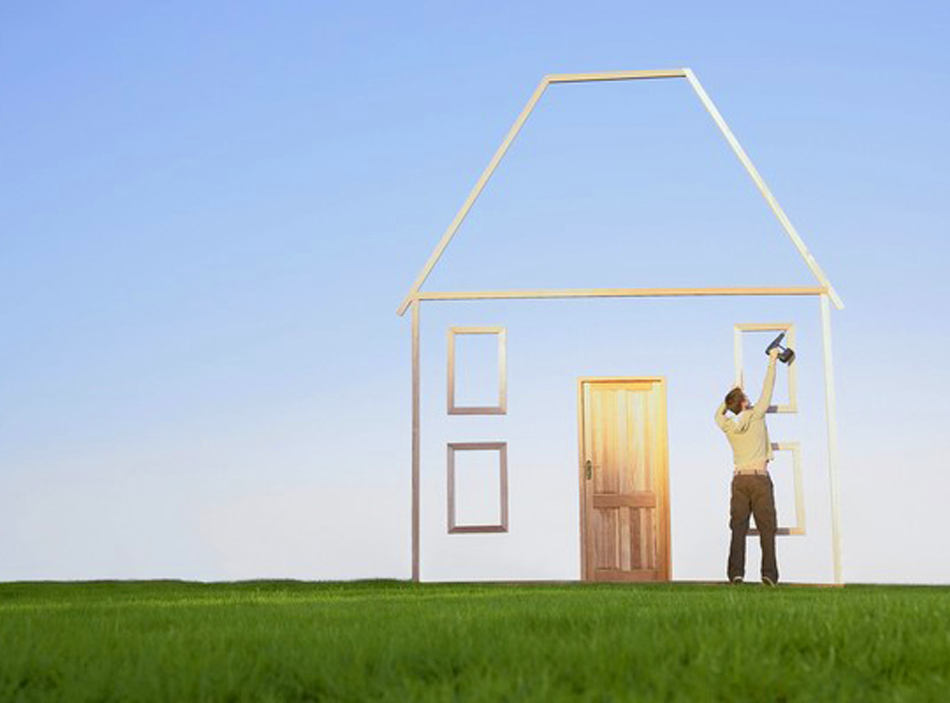 As a rule, a contract with a construction teamis in rubles, but what if at the beginning of the repair it was more convenient for you to calculate your budget in foreign currency, but now it has grown significantly, which is what the foreman reminds of when threatening a strike? What will the lawyers advise us? Ekaterina Kaigorodova, lawyer: - If you entered into a contract before the crisis and indicated that payment would be made upon completion of all work in an amount equivalent to a certain amount in foreign currency at the exchange rate of the Central Bank of the Russian Federation on the day of payment, then this situation allows you to contact the contractor with a request for amendment or termination of the contract. If he does not agree, do it in court. However, in this case, we are talking only about a situation in which the circumstances have changed so much that if the parties could have foreseen this, the contract would not have been concluded by them at all or would have been concluded on significantly different conditions. That is, when concluding the contract, you should not have assumed that the economic situation could change so noticeably. This means that the conversation with the workers is short, but what about the finishing materials? Should we expect a surge in prices for paints, wallpapers, tiles? What do experts who know this market like the back of their fingers say? Maria Streltsova, designer: - Suppliers estimate imported materials in euros at the rate of 70 rubles, so we will not order anything for now, we will wait until the end of January, when people “get sick” and think a little more adequately. Not only buyers, but also sellers are in agitation, and the most reasonable in this situation will live according to the principle of the famous fairy-tale character who loved to repeat: "calm, only calm." 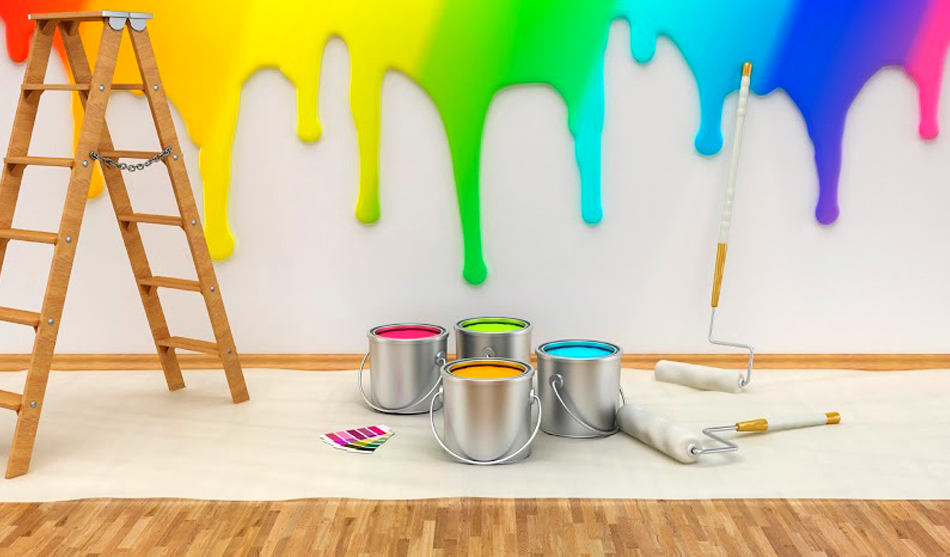 Of course, when planning our dream apartment, weimagined Italian cuisine and designer furniture. Do we really have to abandon our plans for the sake of economy and buy furniture on sales on the Internet or take the kitchen from the country? We decided to ask what professionals from leading companies think about this. Maria Levina, director of TheFurnish: - Consumer prices for designer furniture from European and American brands are already increasing due to the depreciation of the ruble. Prices for Russian-made designer furniture are adjusted more slowly, but since Russian designers also use imported materials, we can expect that prices for this furniture will rise over the next three to four months. Those planning to buy furniture should do so now, as prices will continue to rise. thefurnish.ru 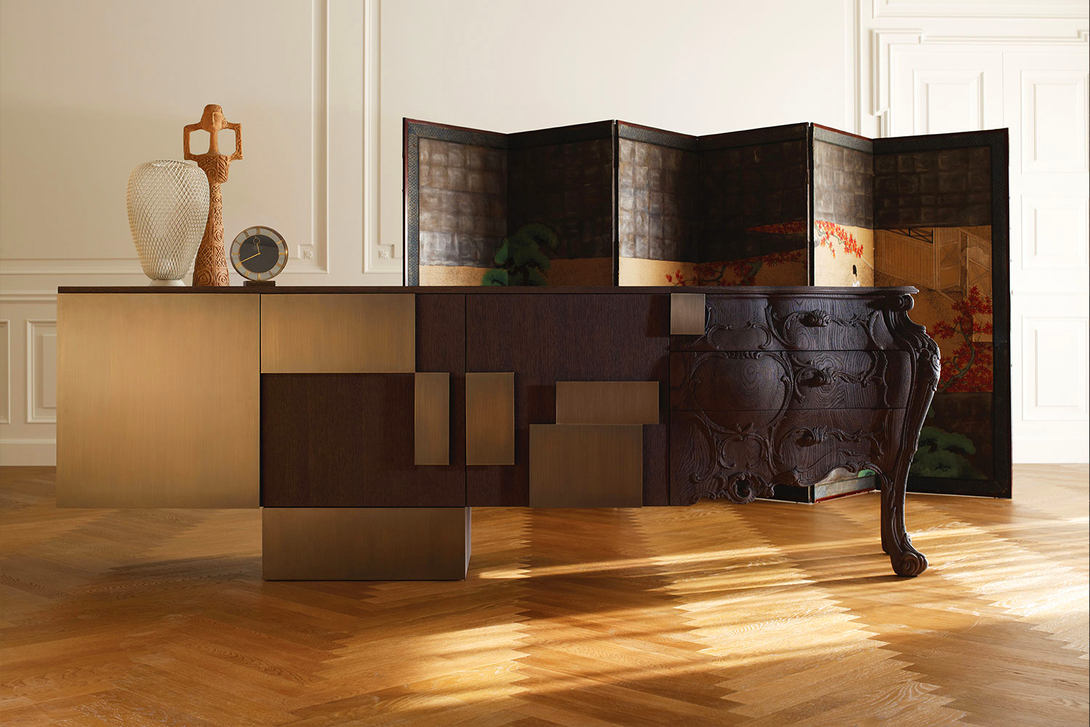 It turns out who did not have time to buy furniture before the crisisforeign production, is he hopelessly late? What are the experts in this field saying? Alexander Ukhanov, Development Director, Liberty Home, Art de Vivre, Right Carpets, Silk Caravan: - Due to fluctuations in exchange rates, prices for imported furniture in Moscow have already increased: companies quickly react to changes in quotations. Liberty Home is perhaps the exception. We managed to fix the ruble prices for furniture. The offer applies to all items and will be valid for several more months. Our solution will save customers money by more than 30%. Before the sharp changes in exchange rates, furniture in Liberty Home was actually worth 20% less than analogues in other stores. After widespread price increases, the difference reached almost 30%. We do not invest heavily in rent. We prefer inexpensive premises on the territory of a former factory to shopping centers, so as not to shift costs onto buyers. Hence - a flexible pricing policy, which allows us to fix ruble prices in an unstable economic situation. libertyhome.ru

So, to buy Western furniture according to the previousThere is still an opportunity for the price, at least until spring. But what if we go the other way and look towards the domestic manufacturer? We ask Russian companies. We are not planning to raise prices yet. However, much will depend on the prices of resources in our country. 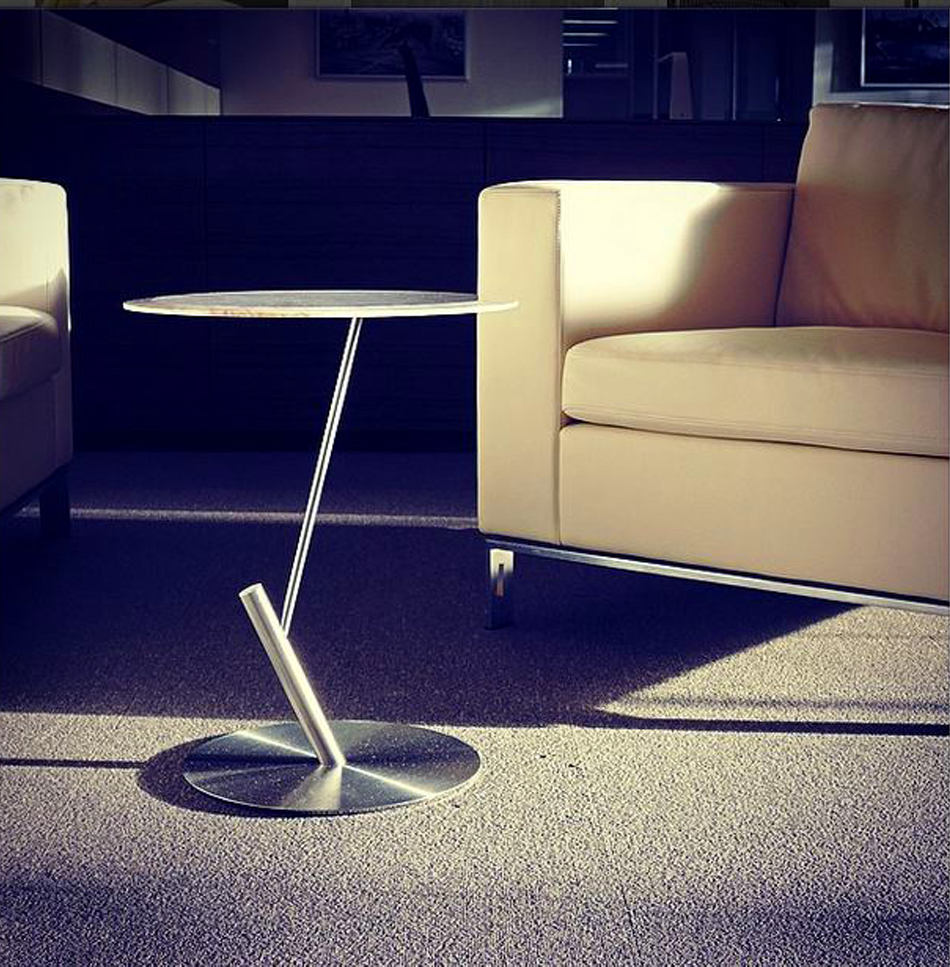 It turns out that Russian furniture manufacturersare optimistic but wary. Prices are not going up, but there is still some anxiety in the comments. Pavel Shelyagin, commercial director of The Fields: - Our pricing policy remains the same. And we also added a 20% discount for the New Year holidays. But we have suspended the production of furniture under the Field & Rage brand, and the furniture business is temporarily frozen until better times. field-rage.ru 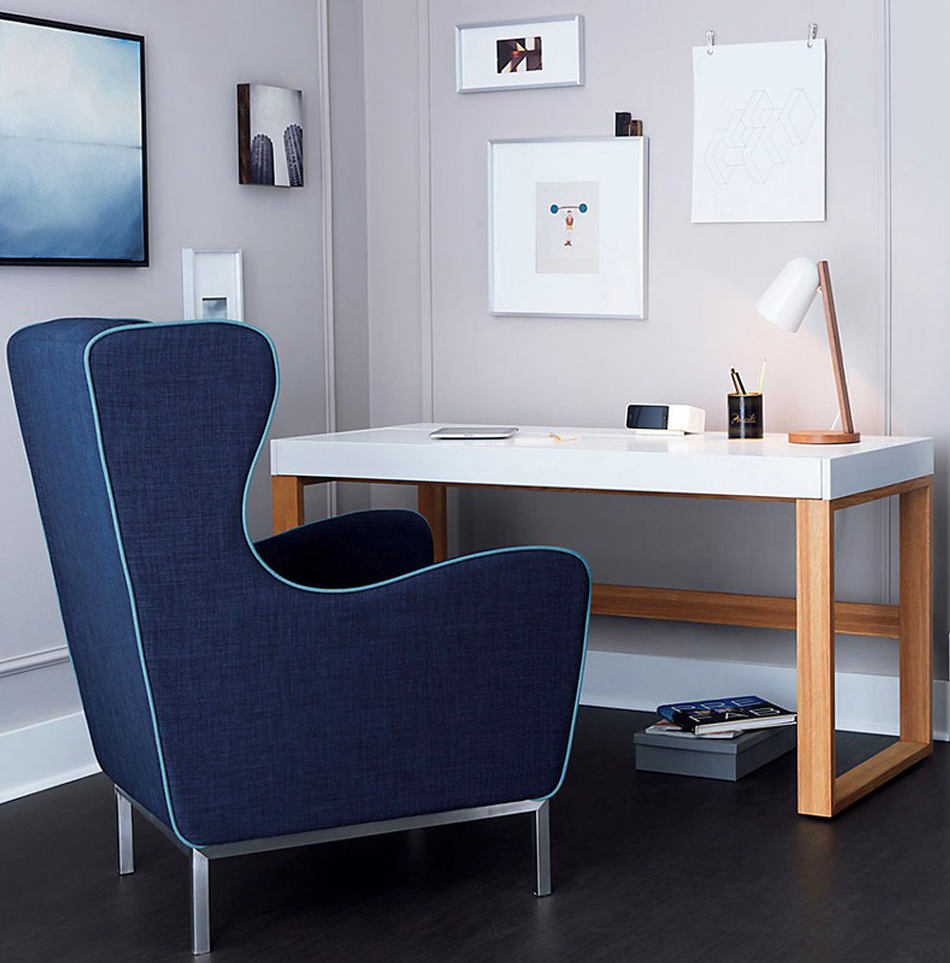 Then maybe China is our everything, and furniturenow you also need to buy a Chinese one? We decided to ask about this from the market expert Eduard Molchadskiy, who works directly with furniture. Eduard Molchadsky, Director of the Official Representative Office of American Furniture and Lighting Companies: - I'm not sure about the quality of Chinese furniture, I'm not sure about the quality of the materials used by the Chinese. Furniture is not bought for a year ... For people who value their nerves, money and time, Chinese furniture is not suitable. Given the current situation, I would call furniture from America the best solution. The price is in dollars. But it is cheaper than the Italian one. Yes, Americans produce some of their furniture in Asia. But given the high standards in the USA, this furniture always meets the quality requirements. Having stability in their income, many, when ordering furniture, left an advance payment for a greater guarantee. But what about now? Have the deposited funds depreciated so much that you will have to pay everything anew, and even triple the amount? What if a furniture store insists on an increase in prices due to changes in the exchange rates of the dollar and euro? What do lawyers think? Ekaterina Kaigorodova, lawyer: - It all depends on the terms of the contract under which the furniture is purchased. If the price was tied to the exchange rate on the day of payment, then here we can talk about a significant change in the circumstances from which the parties proceeded when concluding the contract, and demand a change in the terms of the contract or its termination.

What if you are not expecting such significantchanges in the financial market, nevertheless got involved in renovations, drawing up a project, an estimate together with the designer, and having certain plans for the appearance of the apartment? For the sake of reducing the estimate, I had to give up some things. So, instead of a jacuzzi, I put a regular bath in the bathroom, removed the floor with an auto drain from the shower room, installed domestic doors instead of expensive interior doors, decided to leave the wall between the kitchen and the living room, and instead of the finished kitchen I laid the countertop with tiles and put shelves.

Dmitry, landlord So goodbyebeautiful design projects? Are designers and architects going to be out of work now? Lyubov Borisova, architect: - The number of my customers has not changed, although some have decided to "freeze" their repairs. But on the other hand, they suddenly bought apartments and asked for help, those who did not even think about it. It turns out that the designers are all right and they do not feel the crisis. Is it so? Check with Mikhail Dautov. Mikhail Dautov, designer: - The crisis will have the least impact on the work of designers and architects. Since those who are in the process of creating an interior for their house or apartment are already involved in this process anyway, and in any case they will finish the interiors. They have already bought their apartments and built or are building houses, and they will not run away from this situation. But next year, perhaps, those who have been hit by the crisis will not build houses and buy apartments. But since designers and architects, on average, work on objects for a year or two, it is we who will feel the consequences of the crisis only in a year or two, when there will be a little less customers. In any case, it was so the previous time. We felt the crisis of 2008 only in 2010-2011, when we were not approached by those who should have bought apartments and build houses in 2009. So repairs are not such a disaster? It means that everything can be completed, purchased and finished with this endless discomfort associated with noise, confusion and constant debiting with credit. If it so happened that the crisis caught you during the repair, then the first thing to do is to drop the panic. Of course, it is difficult to fight with the feeling that this will never end, but, believe us, there are even worse situations. Therefore, we mobilize internal forces and bring what we have begun to the end, and we will tell you on the pages of our website how you can save money during repairs and how to replace extra-expensive interior details. Cultura / Judith Wagner Fotografie, Martin Barraud, Vincent Ricardel, Patti McConville, field-rage.ru, lllooch.ru, thefurnish.ru