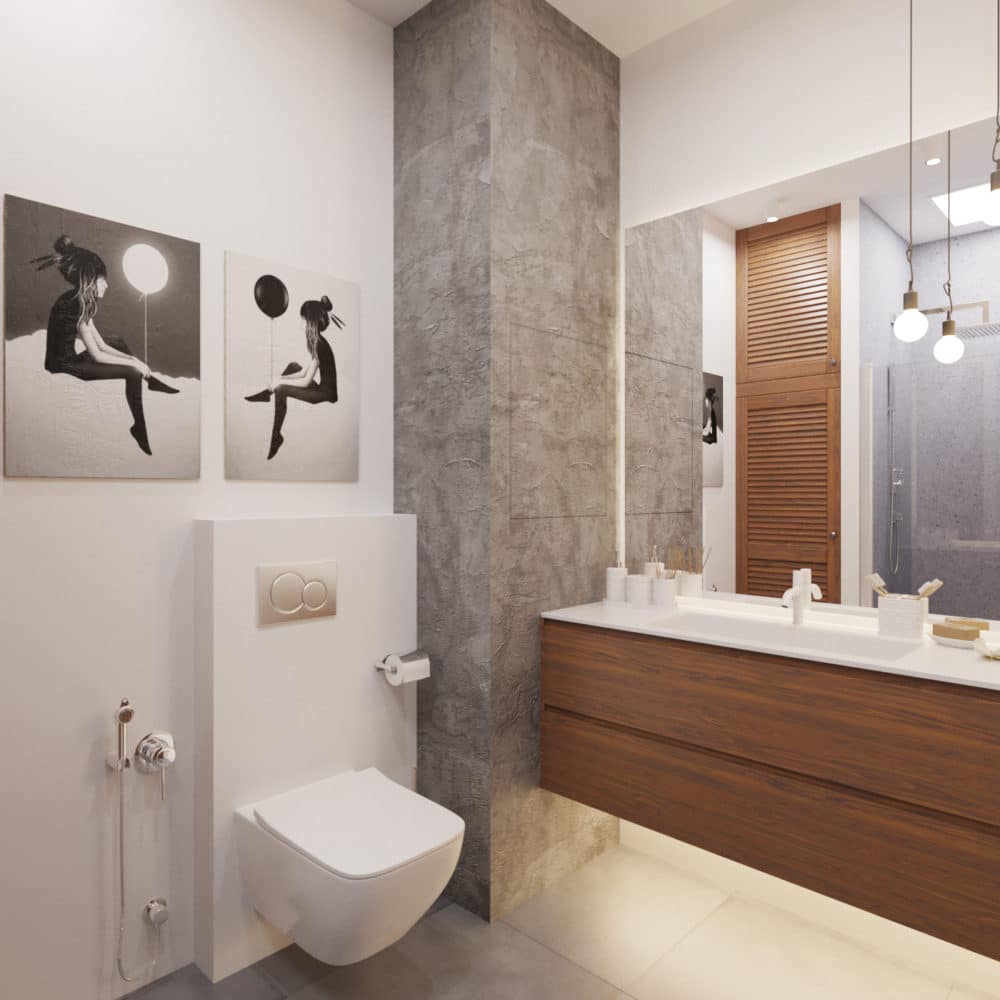 Burlap on the wall, sewing dining tableZinger machines and other unusual details - in the new project of a two-room apartment from designer Oksana Tsymbalova, 44 squares is not the largest area, especially if you want to place a full-fledged bedroom, living room, dining area and a comfortable workplace on it. A married couple who contacted the studio set exactly such a task for the designer. And how the work on the design of a small space with large requests went, we tell and show in this article. Oksana Tsymbalova, designer Graduate of the Law Faculty of Tyumen State University. She radically changed the trajectory of her life, leaving behind her successful career as a department head at Gazprom and following the path of her childhood dream of becoming a designer. In 2015 she graduated from the International School of Design and took professional qualification courses for Victoria Yakusha in Kiev, and immediately began to lead projects. Today Oksana is not only a designer, but also the head of her own workshop "House of the Sun" and an expert in legal issues of designers. www.artdomsun.com First of all, the customers decided on the style: both wanted to decorate the apartment in the spirit of a loft. The next wish was to preserve the two originally existing rooms, as well as provide for a large number of storage spaces. It was decided to achieve these goals primarily with the help of the layout: the living room was combined with the kitchen and dining room, and the second was turned into a bedroom with a full dressing room and a workplace by the window. 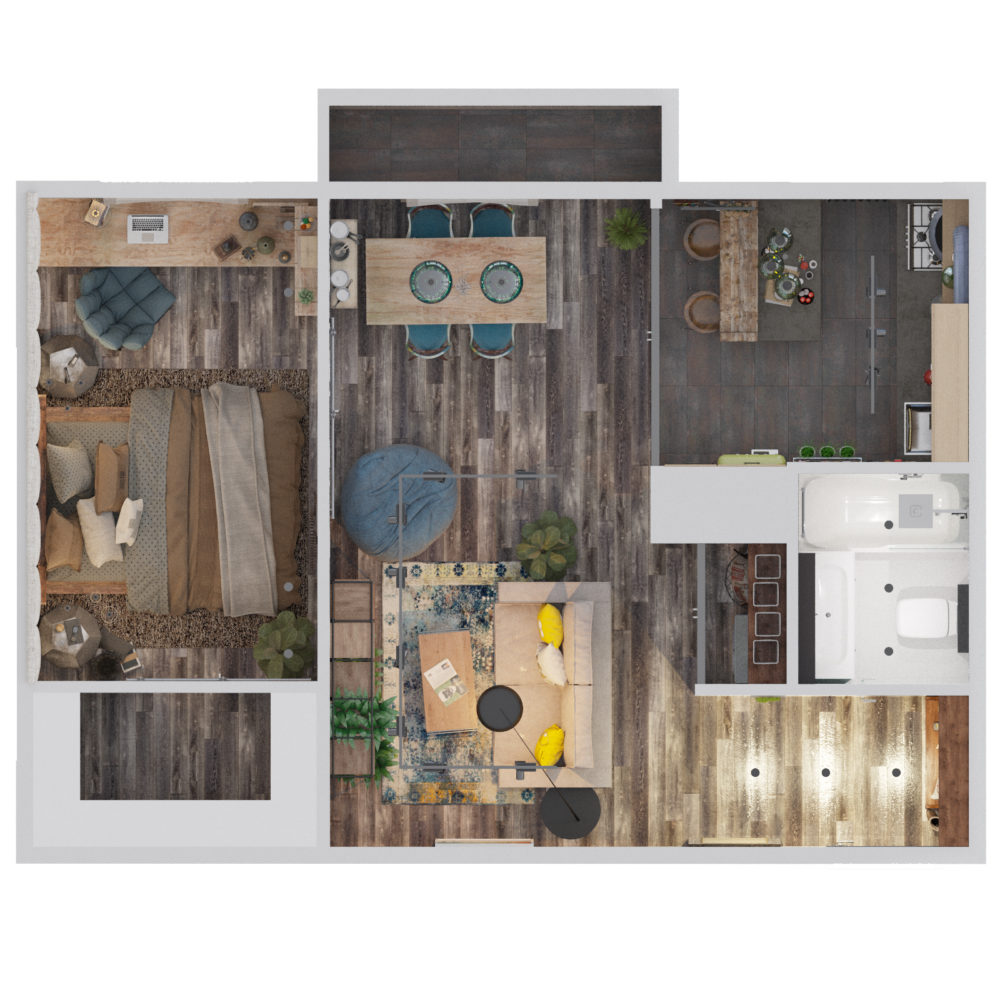 Oksana Tsymbalova, designer: - As the apartment is equipped with a gas stove, the kitchen area was separated from the living space by a glass partition. It allows you to visually expand the space and add light, and while working in the kitchen mistress can close it and calmly cook. 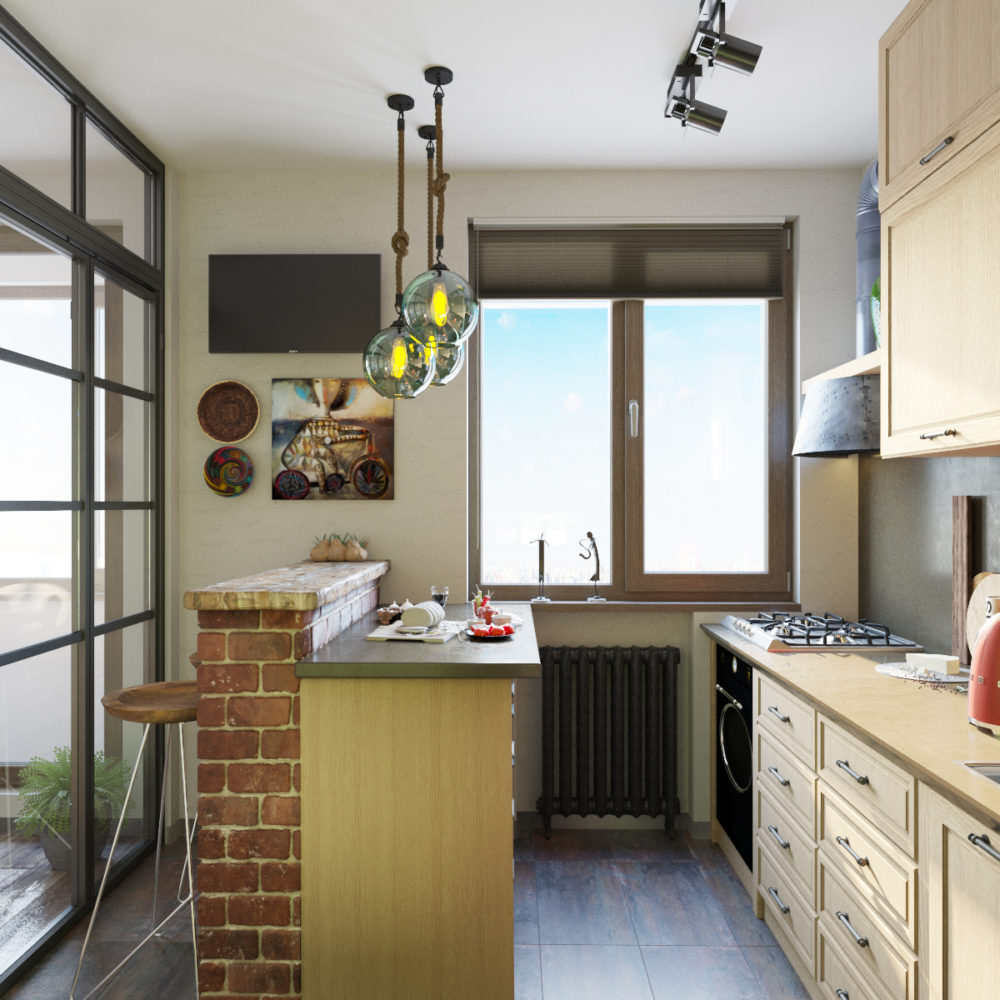 The living room was functionally divided into a recreation area andsmall dining area. A small but comfortable sofa was placed in the recreation area, which folds out and, if necessary, creates an additional berth. For the TV zone, a metal and wood rack was made according to the designer's sketches. And since, in addition to the owners themselves, their cat also lives in the house, it is planned to organize a real house for her in one of the drawers of the rack. The dining table has become an unusual detail of the dining area. It turned out that the customers from their grandmother had the lower part of the famous Zinger sewing machine. The legs of the future table were made from beautiful openwork cast legs-stands in the workshop, and the table top was made from old boards - a real original masterpiece that maintains the atmosphere of a loft was obtained. Also, since the family has many interesting ceramic things, brought and travel, shelves from an old board were hung on the wall in the dining area to store them. 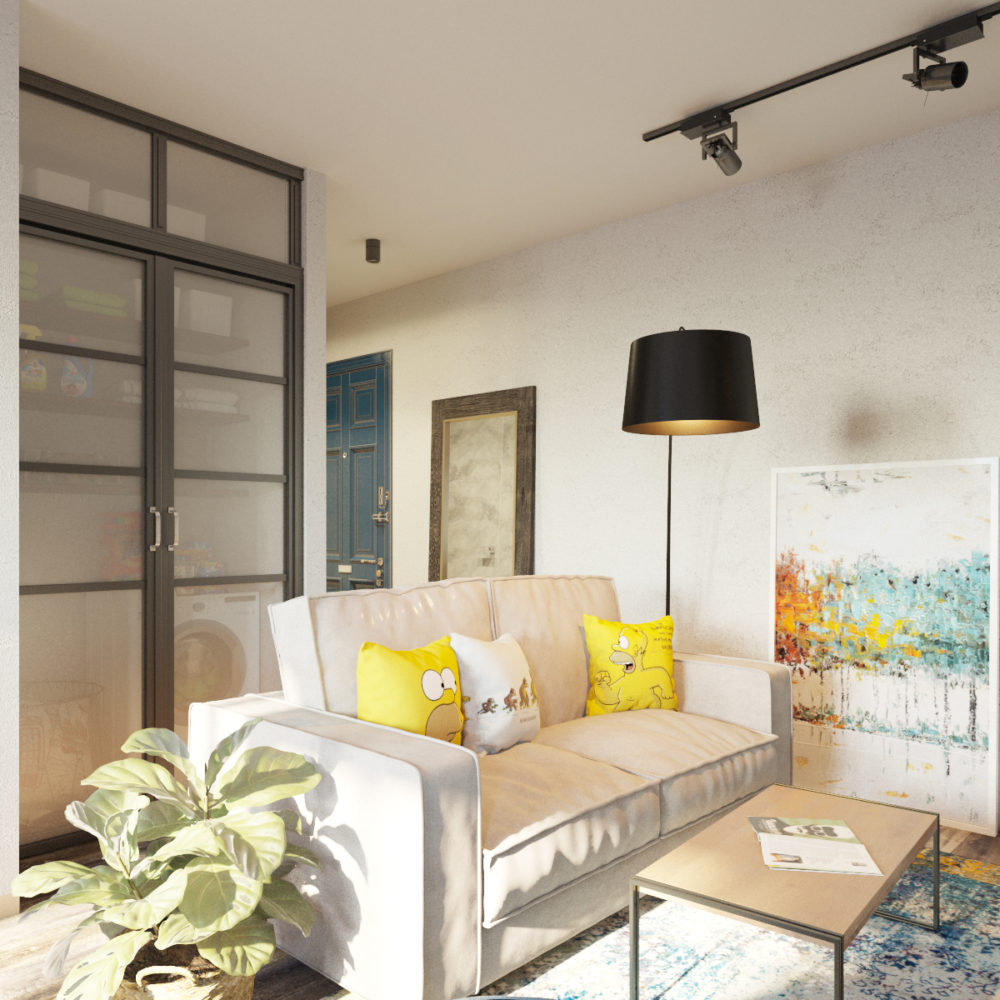 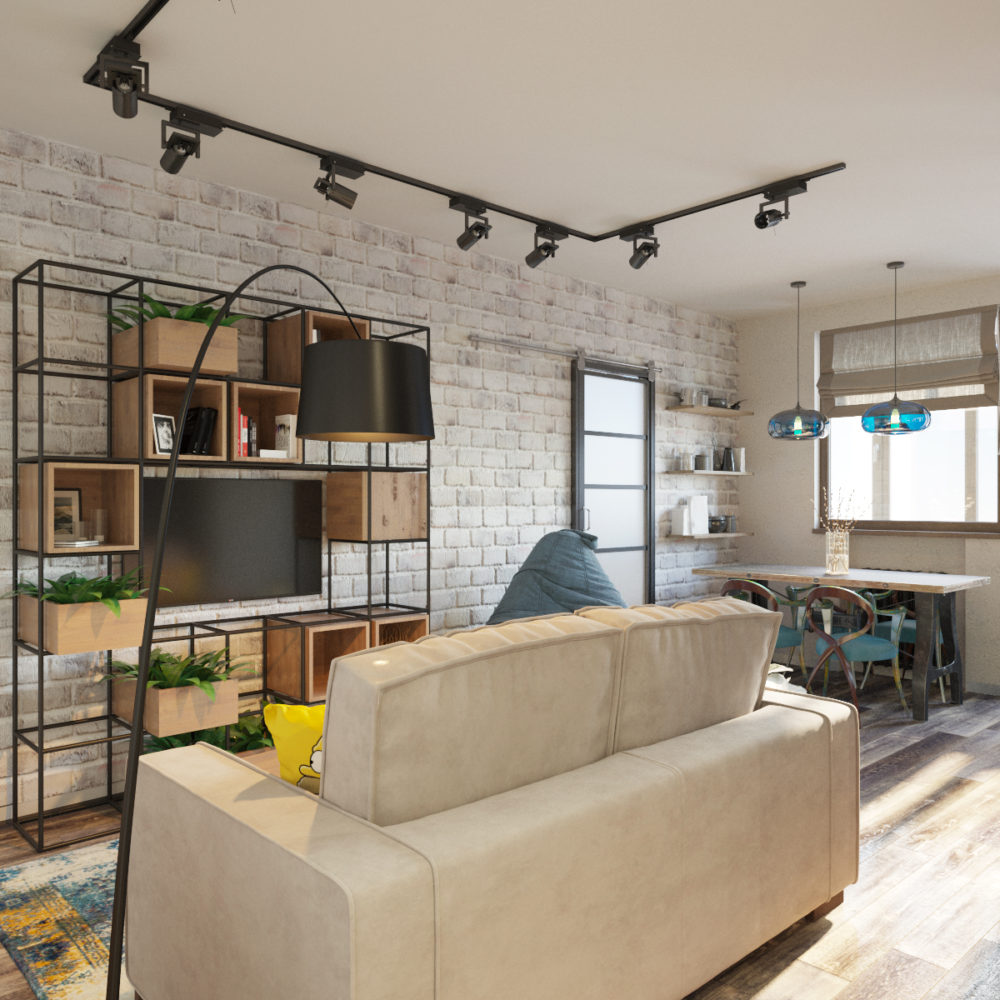 Designing the kitchen space, Oksana decidedremove the refrigerator and storage area in a niche, and place the kitchen set linearly and allocate space for a small island, thereby increasing the working space. To the island part of the kitchen, a bar was attached, which is convenient for breakfast or snack during the day. The kitchen set with facades made of MDF is made to order according to the designer's sketches, the table top is made of artificial stone. 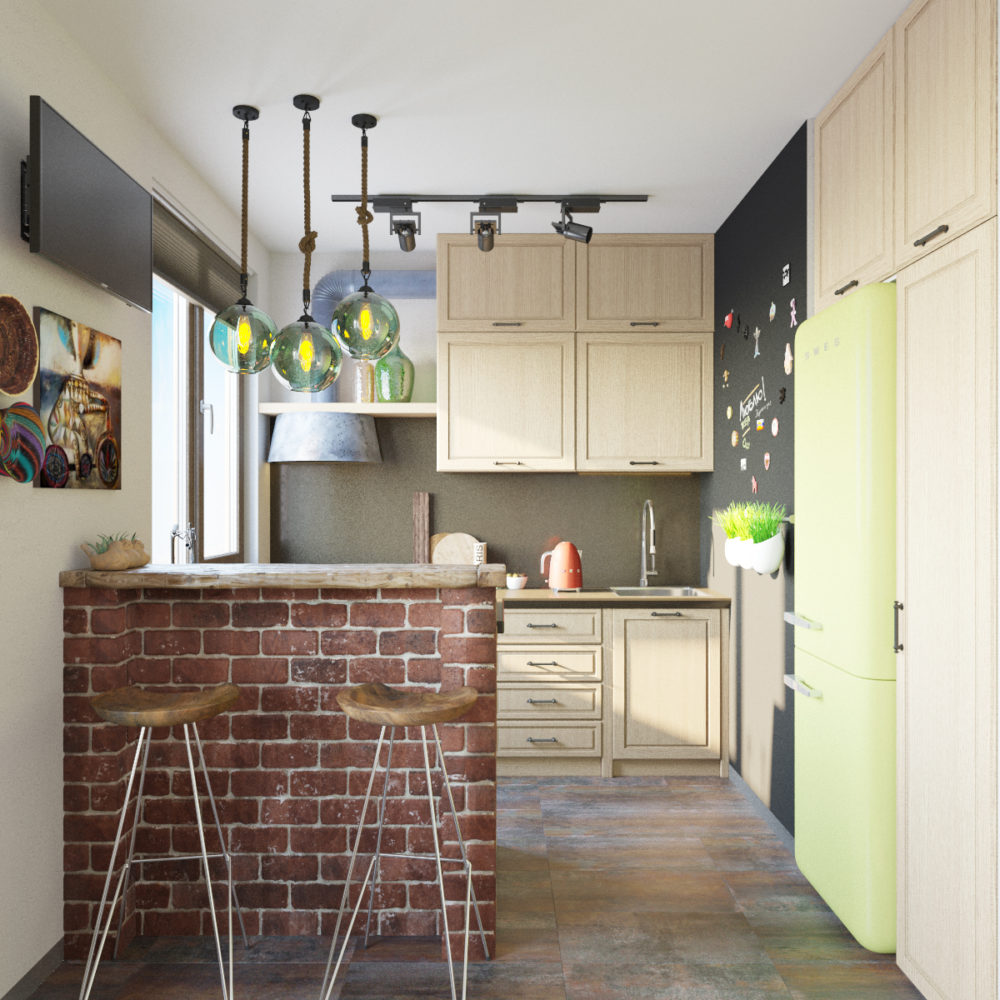 Oksana Tsymbalova, designer: - Customers travel a lot, so we decided to cover one of the kitchen walls with magnetic-slate paint. On it you can not only place all the magnets brought from abroad, but also leave romantic messages to the upcoming spouse, write down numbers, recipes and some memos, thus creating a whole field for self-expression. 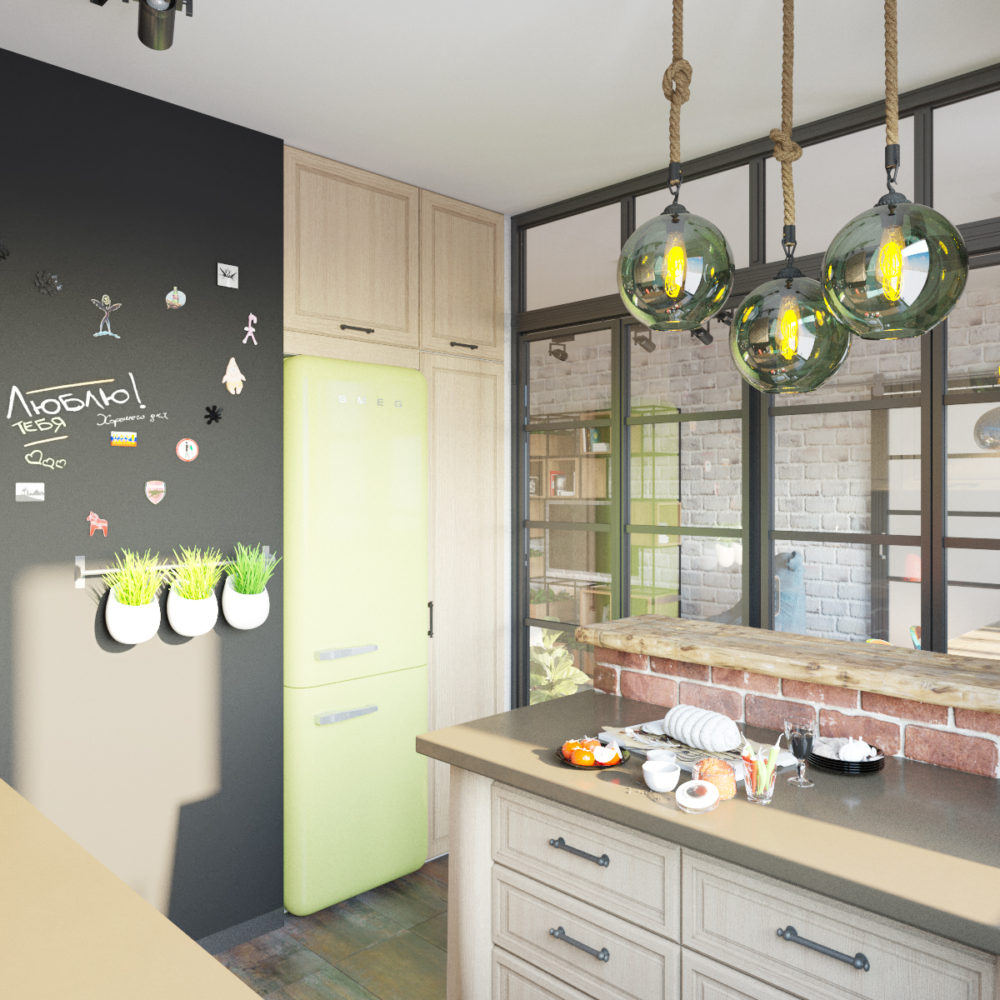 The interior of the bedroom is thought out in such a way that,despite the presence of a working area in the room, in general it is very comfortable, sets you up for relaxation and gives a feeling of calmness. The centerpiece is a real custom-made wooden bed. There are very few other pieces of furniture: bedside tables, made according to the designer's sketches, and a work area by the window with a full-fledged work table and for placing books. The connection with the past is underlined by photographs of the family on the wall - they were placed in special frames-gears. 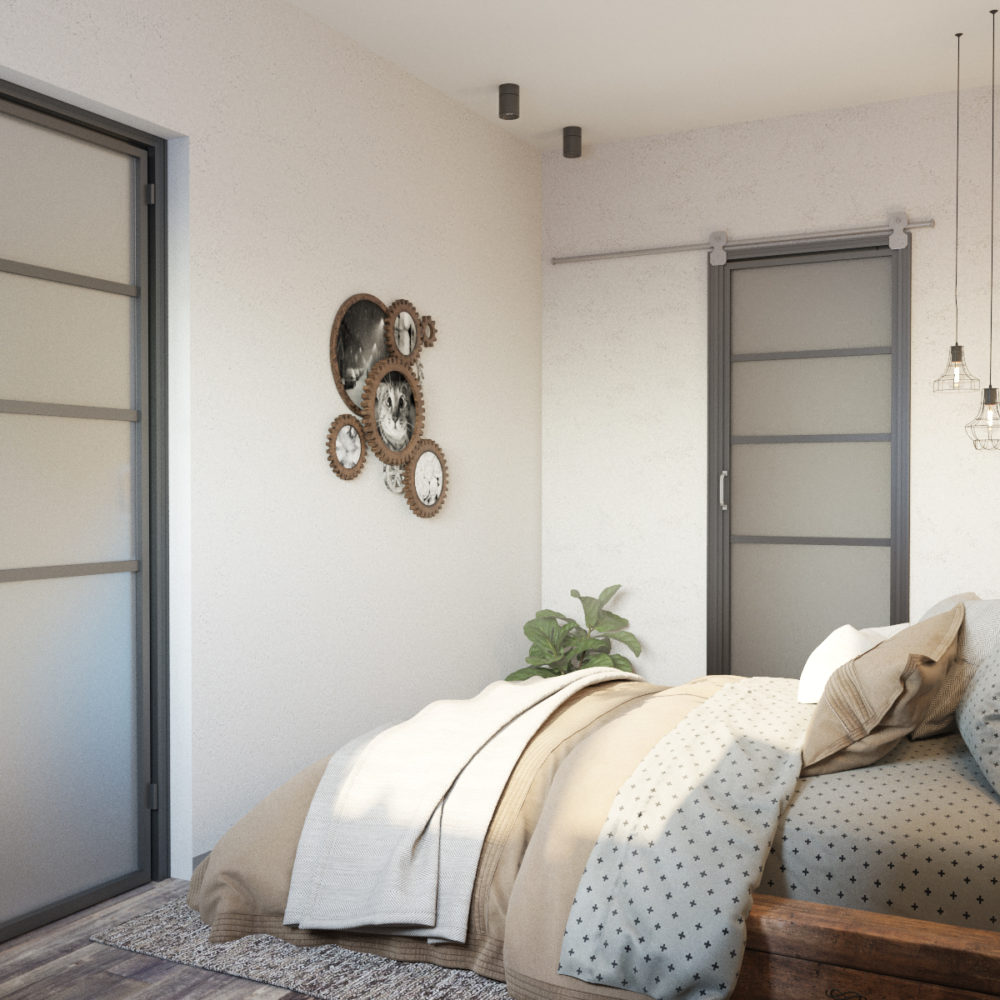 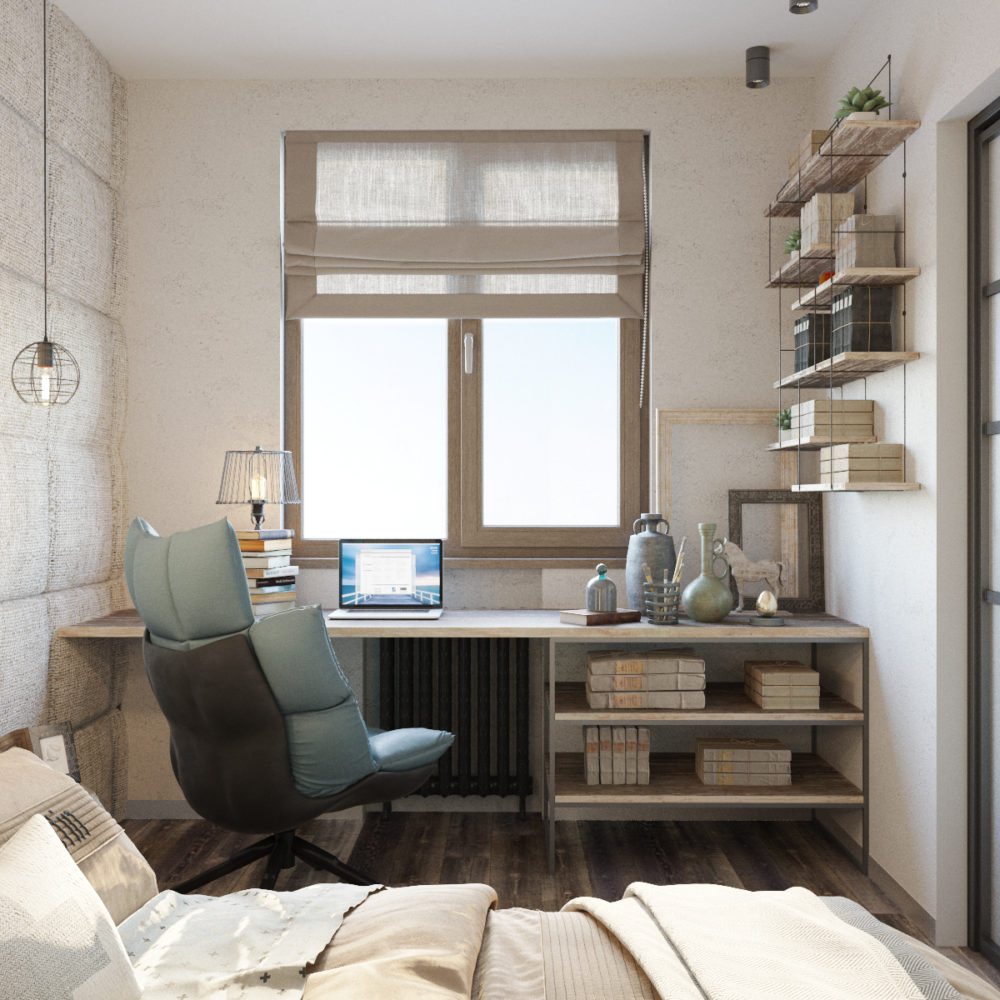 Oksana Tsymbalova, designer: - In this project, we very carefully approached the choice of finishing materials and tried to fill the house with only the best quality and unusual. So, in the bedroom as an accent wall, we offered customers to apply natural, but rarely found in interiors material - sacking. From it, according to our sketches, the canvas will be sewn according to the size of the wall, then we will paste it and decorate it. Such an unusual detail should give the bedroom a special, individual character. 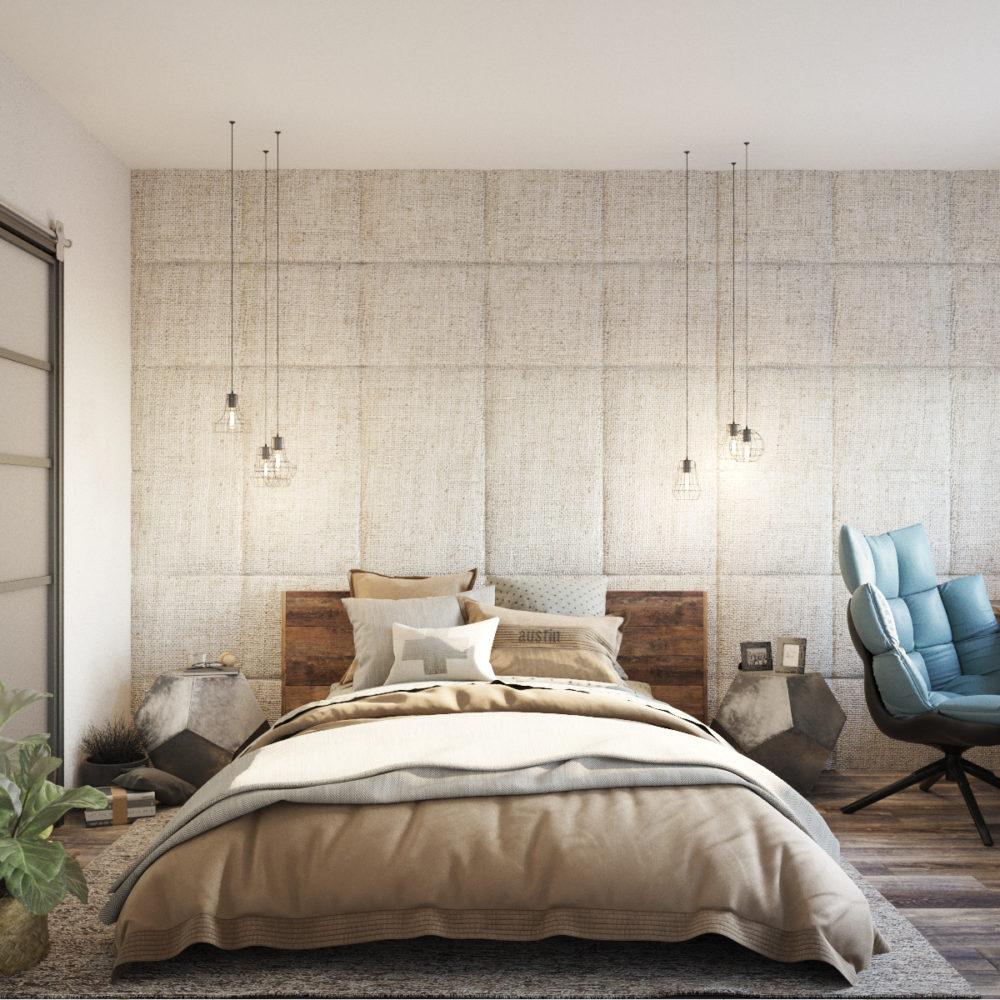 Bathroom For the bathroom, we chose German KLUDI sanitary ware, the floor, as in the kitchen and on the balcony, is covered with porcelain stoneware under the Kerlite metal. 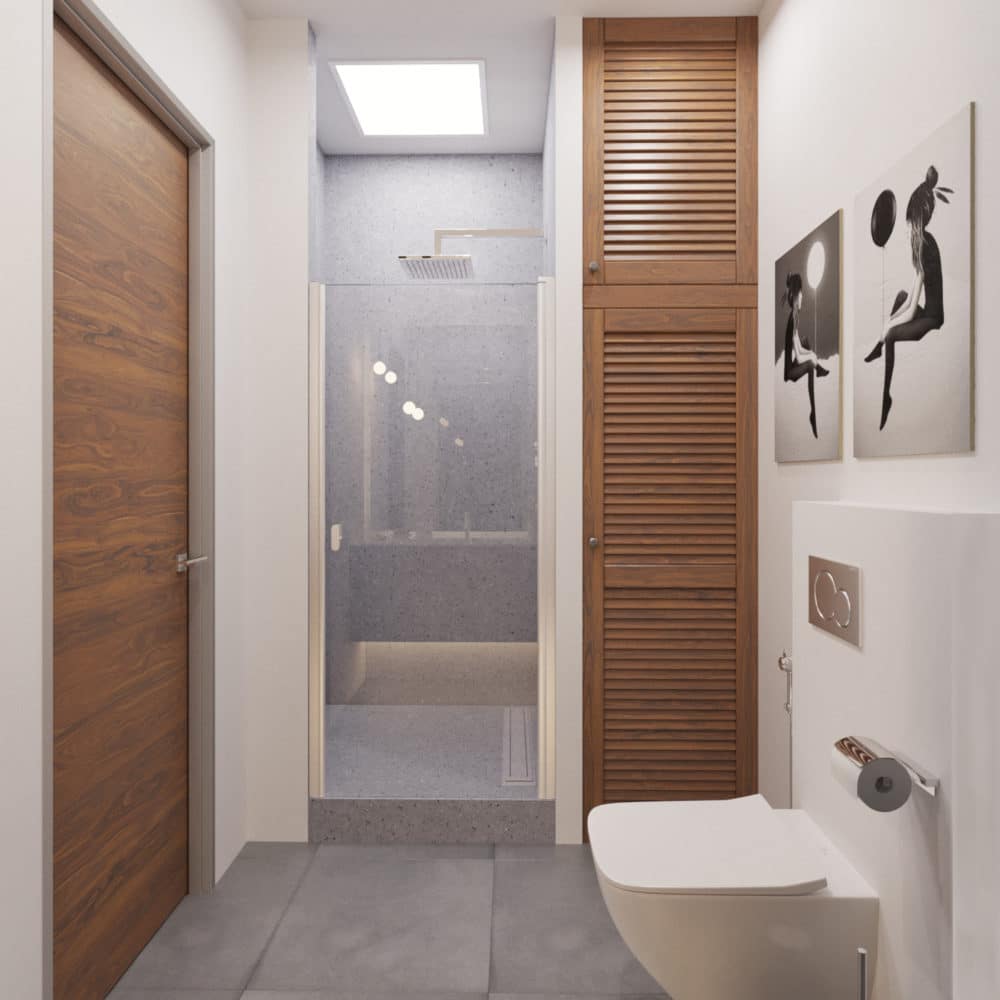 In this interior were used: Living-dining room: