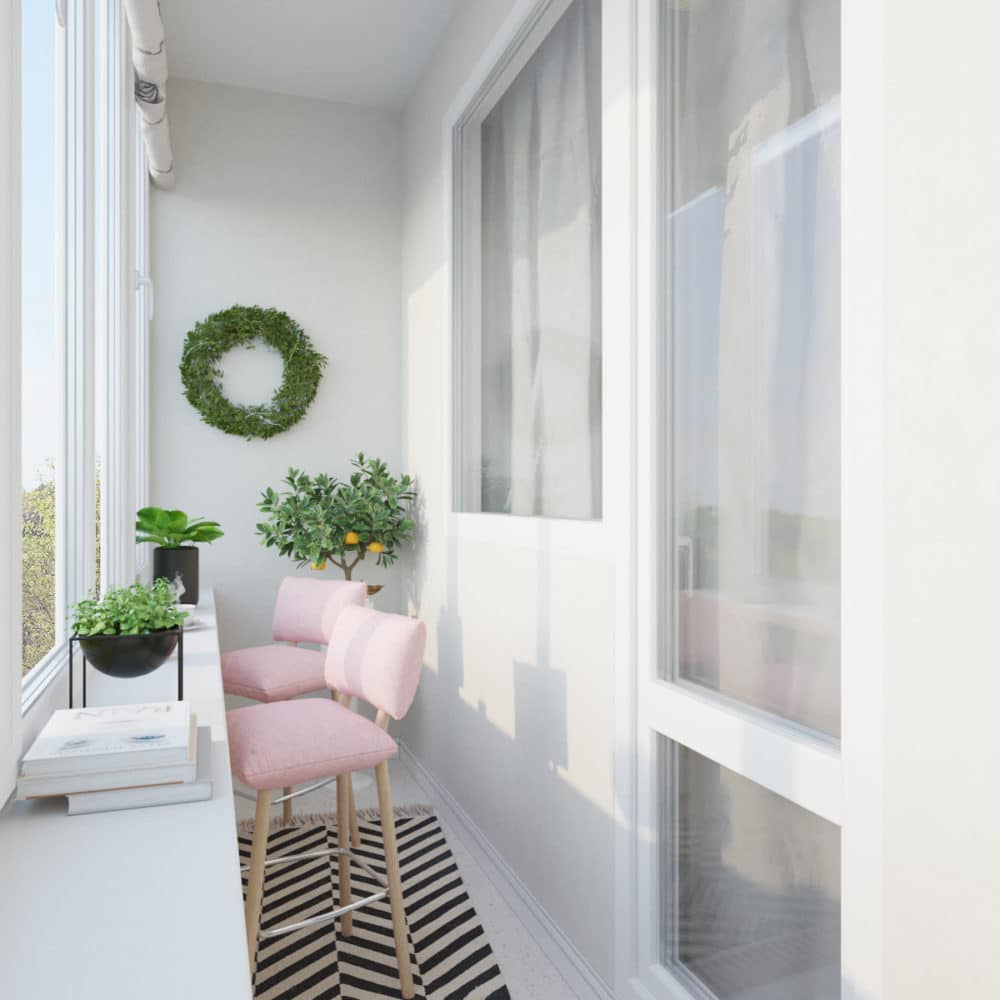 The interior of this two-room apartment in Khimkiattracts with white tones and calm colors. The designer has created here on 54 square meters an ideal environment for a family of three A family of three housewives - a mother and her two daughters 9 and 18 years old - wanted a house where there would always be a warm and cozy atmosphere. And of course, as many places and zones as possible for storing all sorts of little things. All wishes were voiced to the interior designer Oksana Tsymbalova, who turned this small 54-meter kopeck piece into a kingdom of comfort and relaxation. Oksana Tsymbalova, interior designer She is engaged in the design of residential and public premises in accordance with the international standard of the IIDA profession. She graduated from the law faculty of Tyumen State University, the International School of Design with a degree in "Designer of residential and public premises", as well as the course of Victoria Yakusha (Ukraine, Kiev). For inspiration, he travels a lot, takes advanced training courses both in Russia and abroad. Author of numerous master classes, participant and speaker of various events. Today Oksana is not only a designer, but also the head of her own workshop "House of the Sun" and an expert in legal issues of designers. http://www.artdomsun.com/kratko The design project was developed immediately for the entire apartment, except for the bathrooms, which had already been renovated. It was necessary to think about how to accommodate three women here, so that everyone would be comfortable. One of the last conditions on the way to solving the problem was the desire of customers to provide another sleeping place in the living room and. With this and started. The living room was functionally divided into two parts: a sleeping area (mother's) and a recreation area where you can spend time with your whole family, watch TV or receive guests. 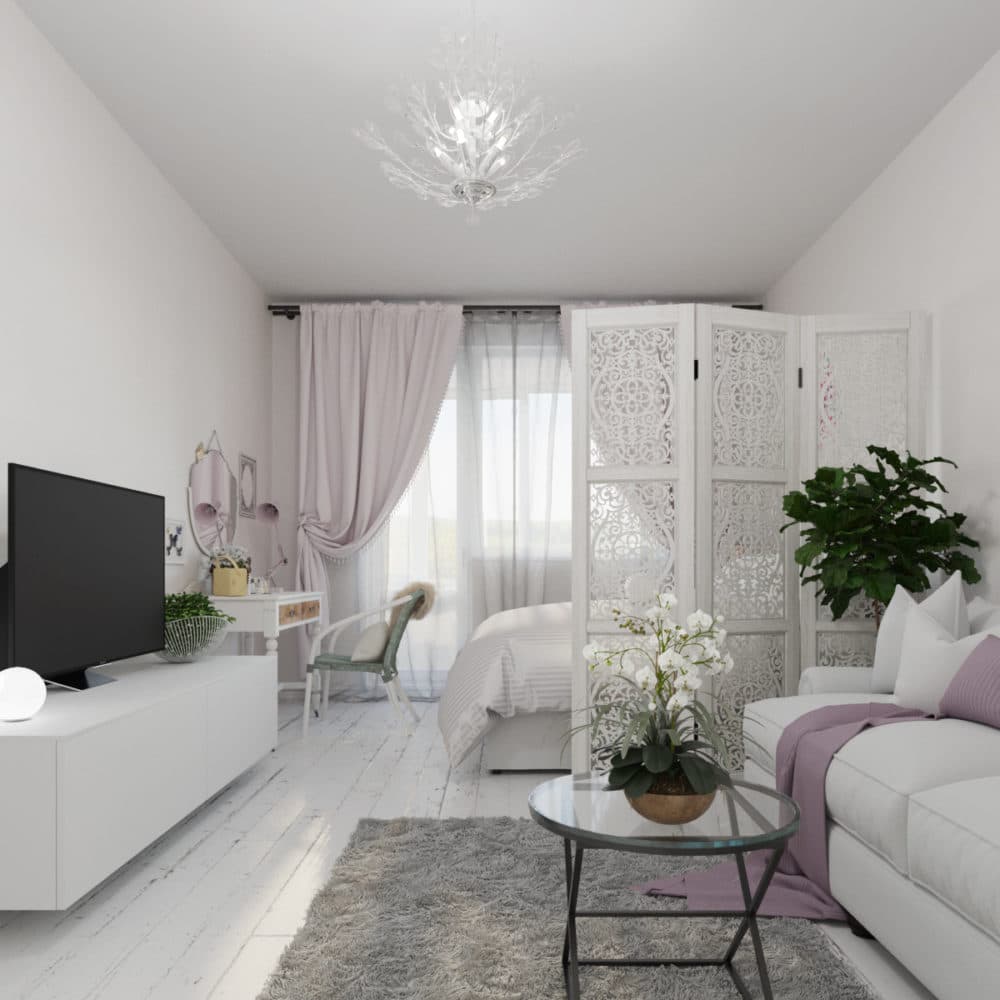 A light openwork screen separated the sleeping zone from the zonerecreation. In the first, a wrought-iron bed and a bedside table were placed. The hostess is very fond of roses, so a beautiful painted "embroidery" was placed as a quality. A dressing table took its place in front of the bed. Read also -. 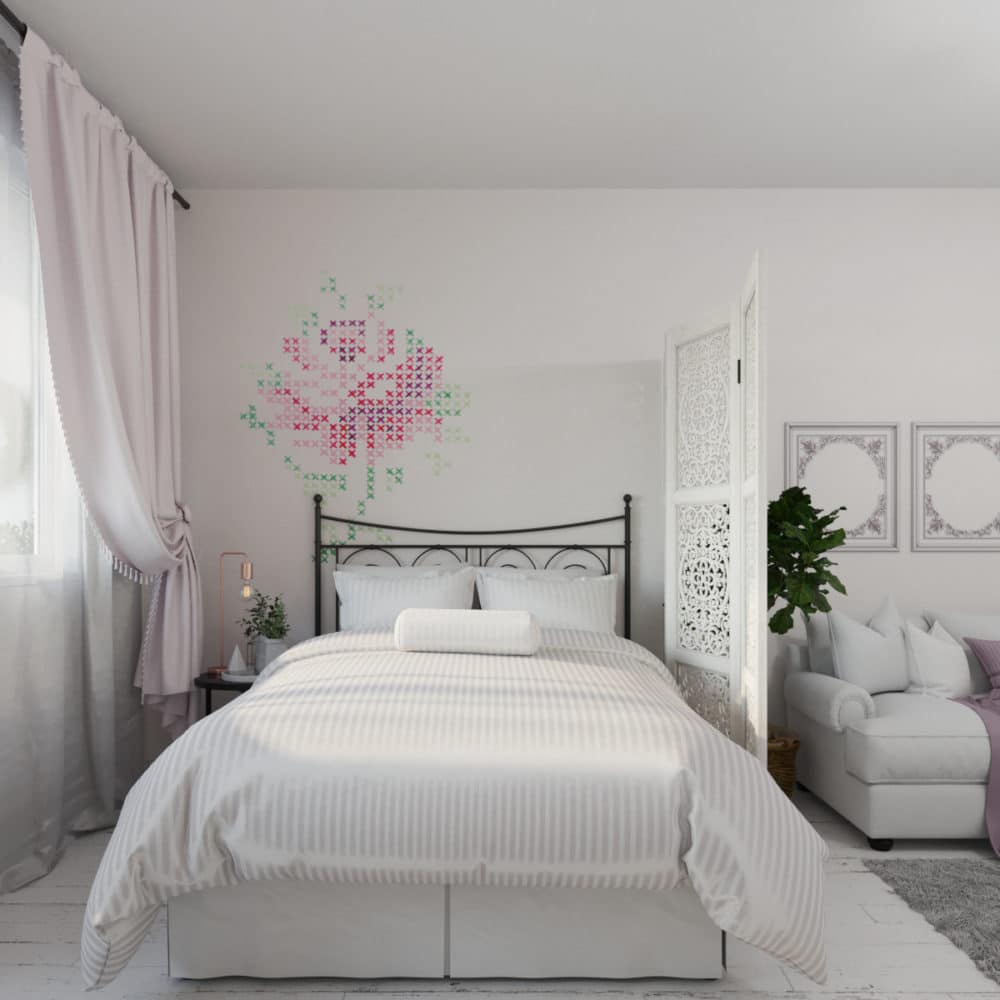 In the living room, but it is used to the maximumfunctional. When disassembled, the sofa is used as a bed for sleeping, which can always be quickly assembled and removed. A bright accent is a wooden 3d panel, which adds light wooden tones to the interior. A TV is placed in front of the sofa, it distracts attention from a small storage area (books, CDs and other accessories). 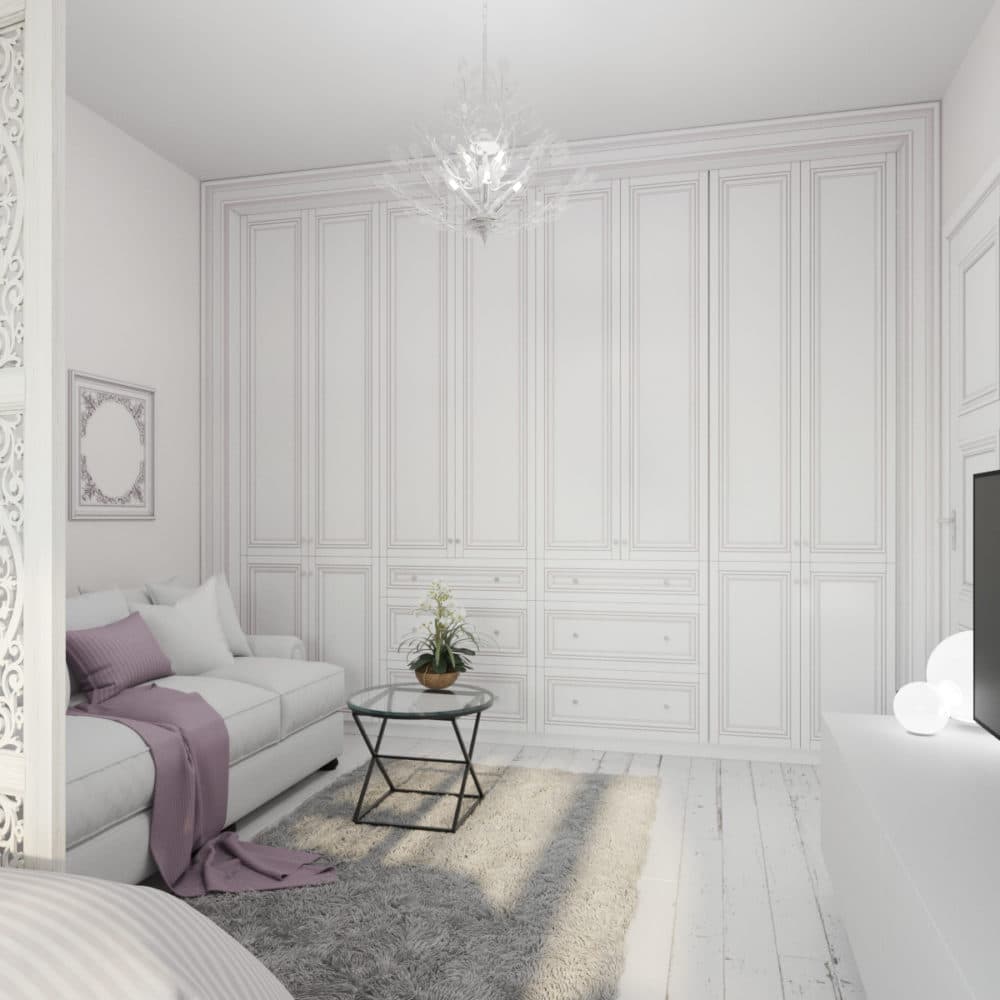 Kitchen kit was made to order onsketches of the designer by the Russian manufacturer "Lorena" (the city of Miass). Adhering to the trend of environmentally friendly housing, the project has been laid with quality water filters, good sprayers with aerators and sensory cranes, which saves the Earth's resources and the customer's family budget. 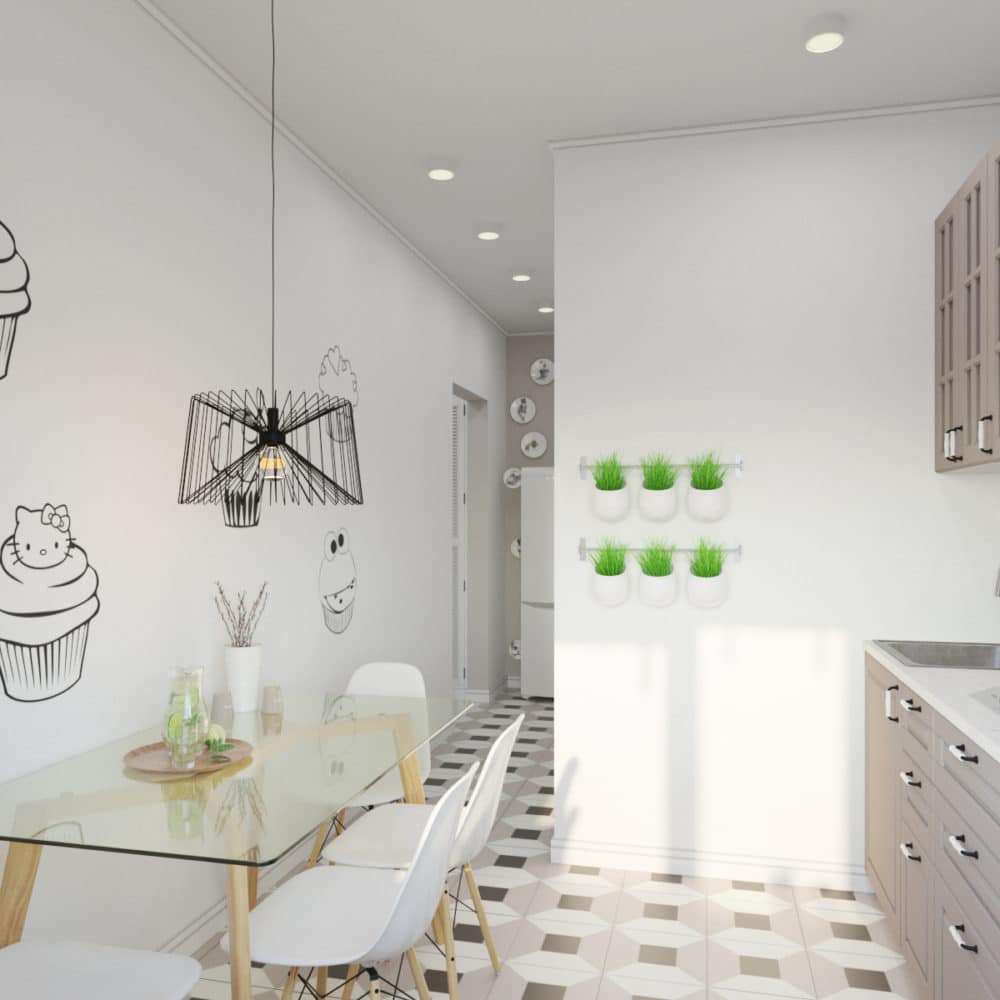 Pink tones in the children's room who wantedgirls, became deeper and more complex, but remained the same gentle. There are two sleeping places and a work area where you can do homework and be creative. Oksana Tsymbalova, designer: - They did not turn the room for sisters into a space for princesses, using the techniques that the girls ultimately really liked. We have created a full-fledged, light and unloaded space for life and creativity. So, a graphite wall appeared in the room, on which you can draw, solve and write wishes to each other. http://www.artdomsun.com/kratko Furniture items in the children's room are devoid of unnecessarydecorativeness. A whole system is provided near the window, which includes a bed for a girl, drawers, niches, shelves for books and wardrobes for clothes and linen. In order to avoid overheating of the air in the child's sleeping area, it was decided to abandon conventional heating radiators, replacing them with an innovative heating system "warm plinth". Read also -. Oksana Tsymbalova, designer:- We very carefully approached the choice of finishing materials. Parquet was chosen as the flooring, and the walls were painted with Little Greene, which is certified and has a very high percentage of coloring pigments. They both look expensive, and give a special depth, and amaze with the play of shades under different lighting. http://www.artdomsun.com/kratko What was used in the project. Living room:

All other furniture was made to order according to the sketches of the designers. Visualizer: Anton Yakushev.