This apartment has become the focus of surprises:during the renovation, an extra door was discovered, the zones are delimited in a very atypical way, there is no TV, and the library is arranged in such a way that it is difficult to imagine ... This apartment in Kiev was designed by designer Alexei Bykov, who was approached by a young couple: husband - music director, wife - clothing designer ... They really wanted to spend their honeymoon in a new apartment. Alexey Bykov, designer Educated at KNUSA (Kiev National University of Construction and Architecture), where he studied architecture and wrote his thesis on energy efficiency. After graduation, he worked in various architectural and design studios (Forum, AR Studio, Solnechnaya Dolina cottage community, Dreamdesign). Then, together with his comrades and former classmates, he created the Manifest group. Has been implementing design projects for over 7 years. 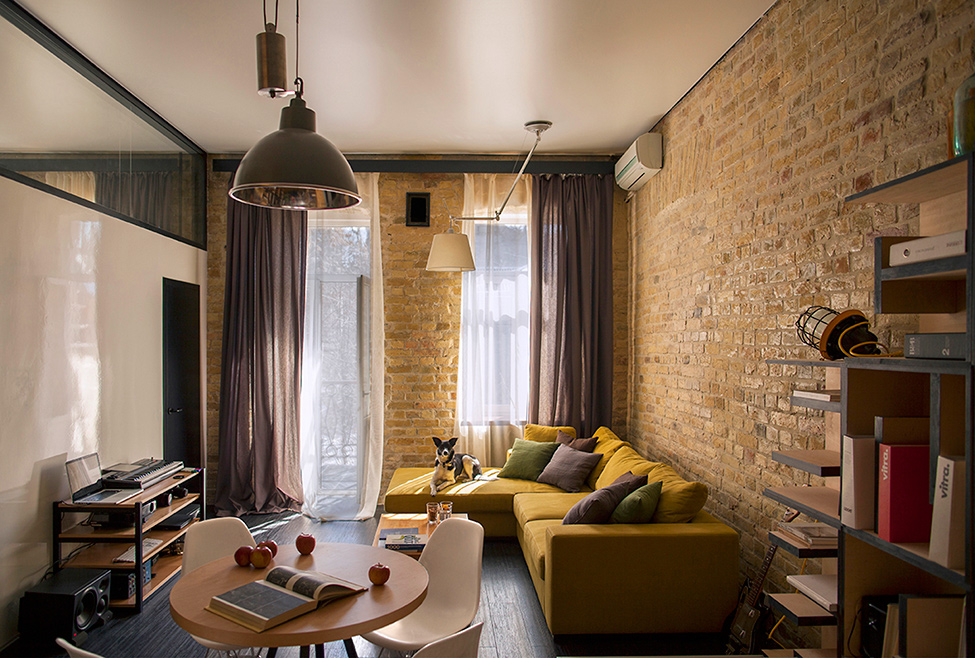 The customer's greatest desire wasso that the apartment has a spacious library. To store books and various items, the designer came up with a podium filled with many horizontal and vertical shelves. Their location can be easily changed, which means that the geometric pattern of the podium can be replayed. In general, the project is based on the concept of continuous movement: in the center of the apartment there is a kitchen, and all the main zones around it, and you can get from one to another simply by moving in a circle. 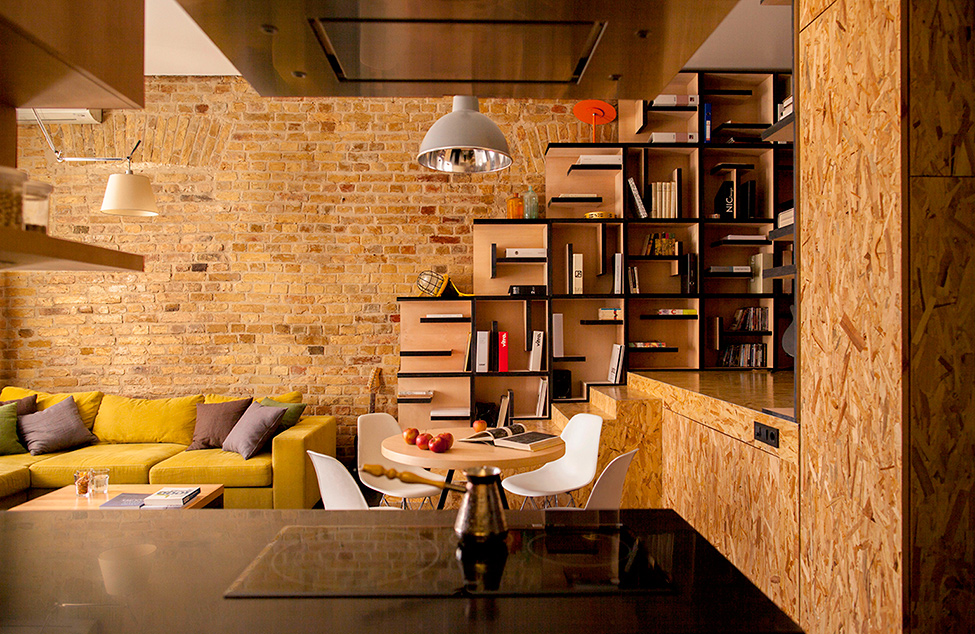 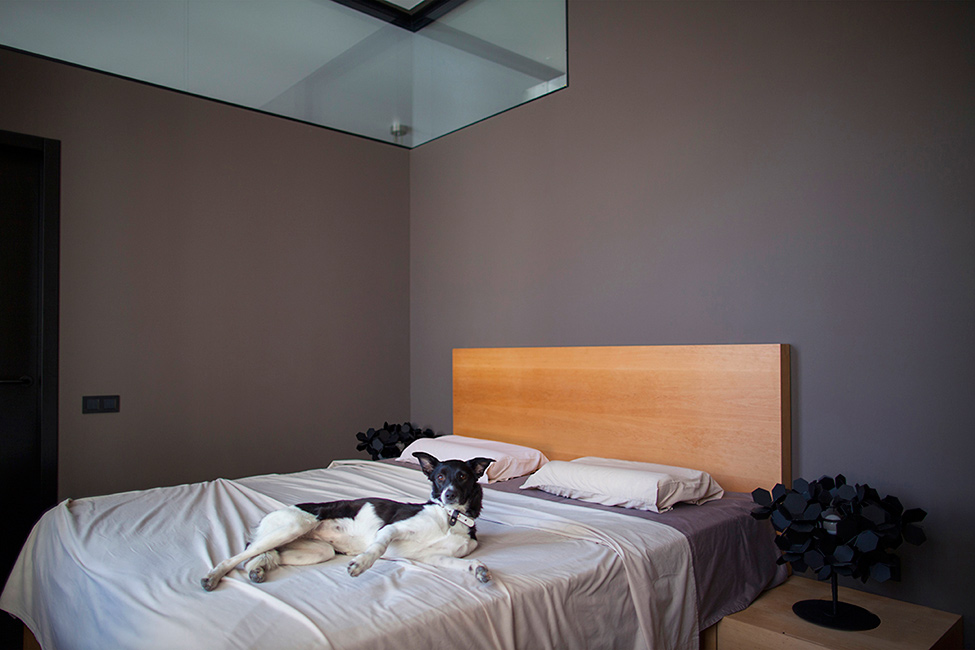 The color in the apartment is given by such materials asBrick, wood, textile upholstery of furniture, - they became the basis for a pleasant mustard-olive tonality. As for the furniture, all of it (with the exception of the Vitra chairs) was made according to Alexey's sketches to order. 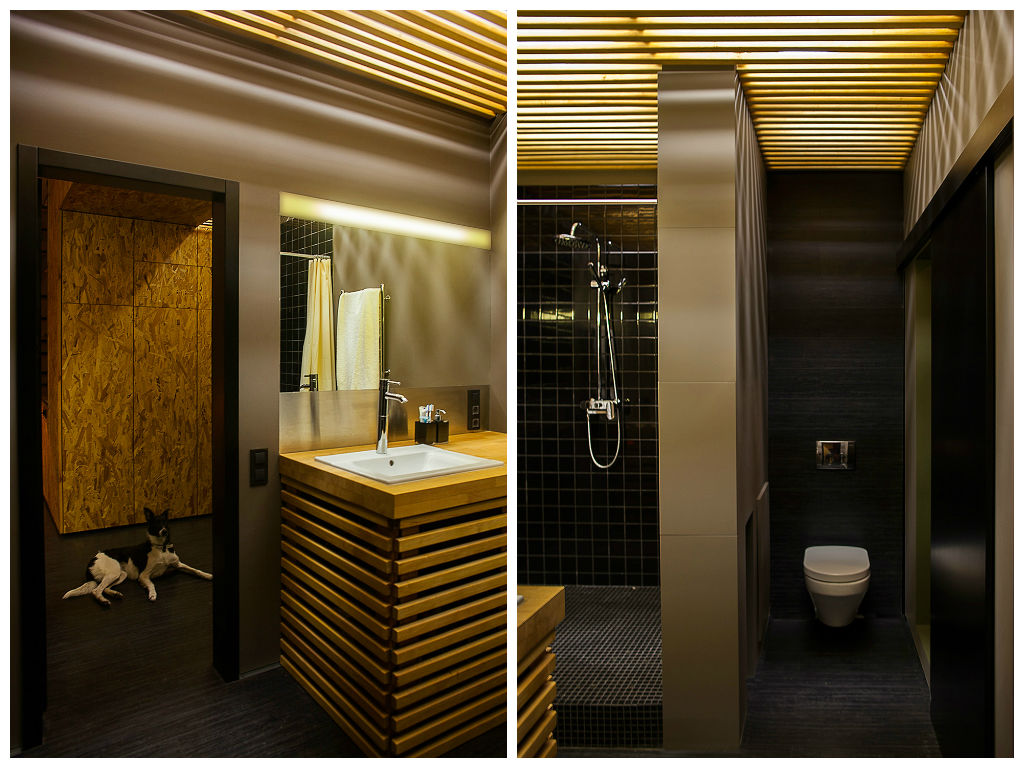 Alexei Bykov, designer "Since furniture IDesigned himself, it was necessary to find a good master who could cope with the work in accordance with the idea. And such was found - he perfectly felt the material and coped with it was controlled, but all of a sudden the favorite master got into an accident. We decided to wait, because he is an excellent specialist. But, unfortunately, the carpenter could not continue the work, so I had to look for a new woodman. " 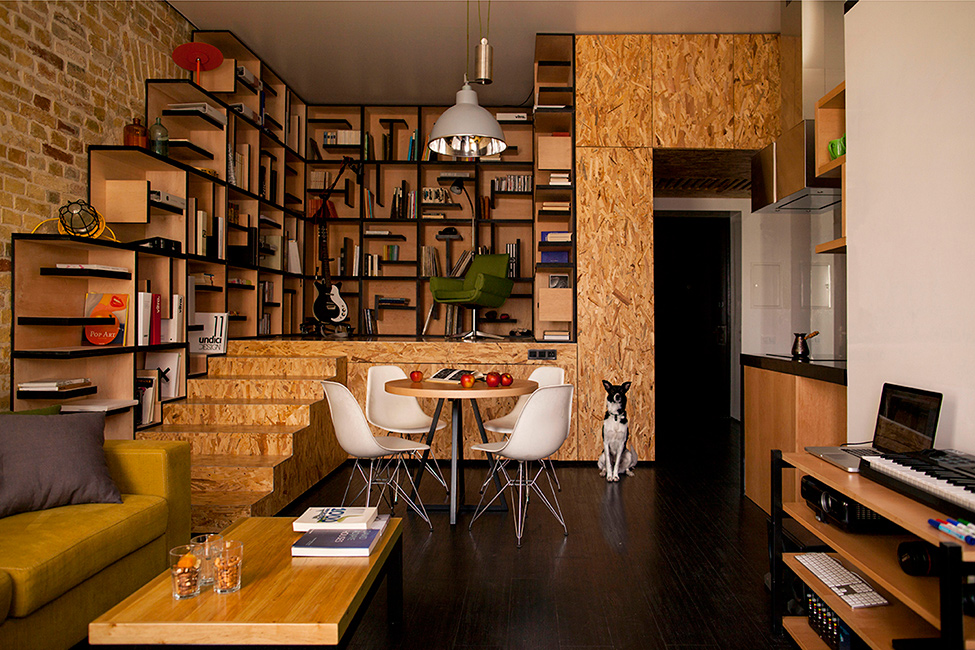 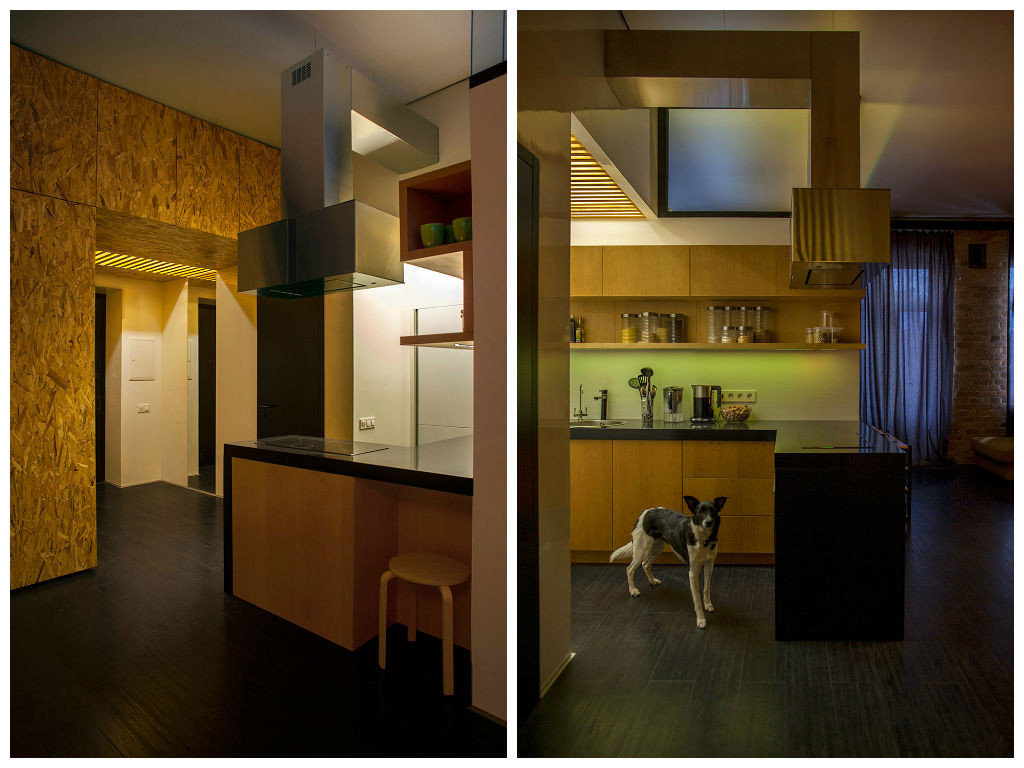 Based on the wishes of customers artificialLighting in the apartment made soft, warm and comfortable. In the interior, the lighting fixtures Mess Vasyl Butenko and Anna Popovich are used, as well as the ceiling chandelier Tolomeo of the Italian brand Artemide. 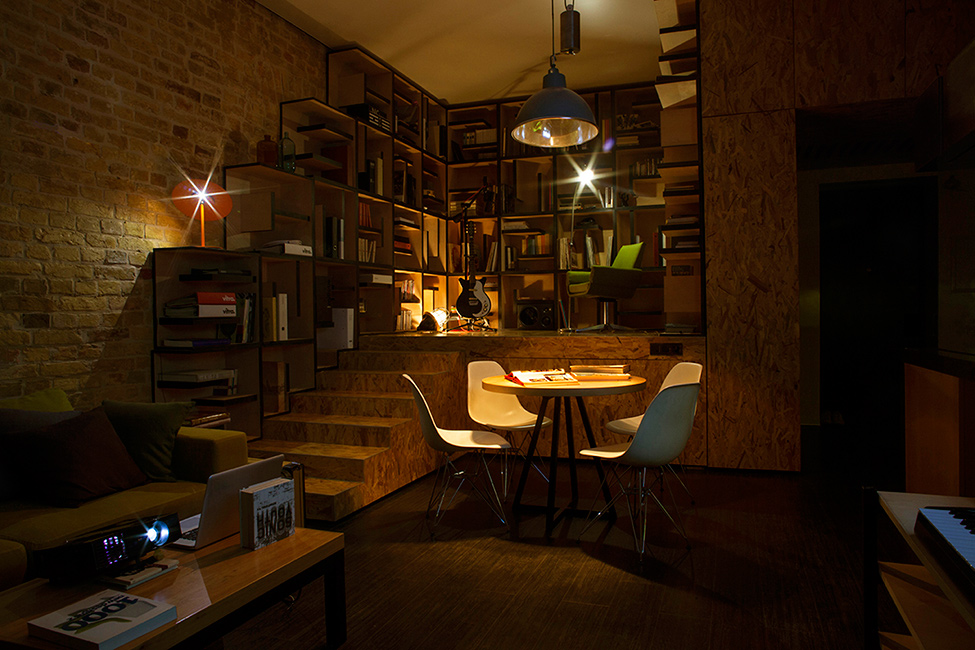 According to the designer's idea, the walls were supposed to remainnaked. However, the apartment, located in a house built in 1905 and having gone through a lot of redevelopment, came as a surprise. Alexey Bykov, designer: “During the dismantling process, we discovered that the old doorways in the walls were filled with silicate blocks. This did not suit us, and I decided to go in search of bricks that could replace the blocks. Old brick is different from what is being produced now: it has its own texture, firing, is made of a different clay, and most importantly, it has different dimensions. " At first, Alexey simply walked around the city in the hope of finding the necessary material, but he could not find anything. However, soon a newspaper with the announcement "Tsar's brick is on sale" accidentally fell into his hands - this was exactly what was needed. The luck with the brick was added to the acquaintance with a real bricklayer, who coped with his work in record time.