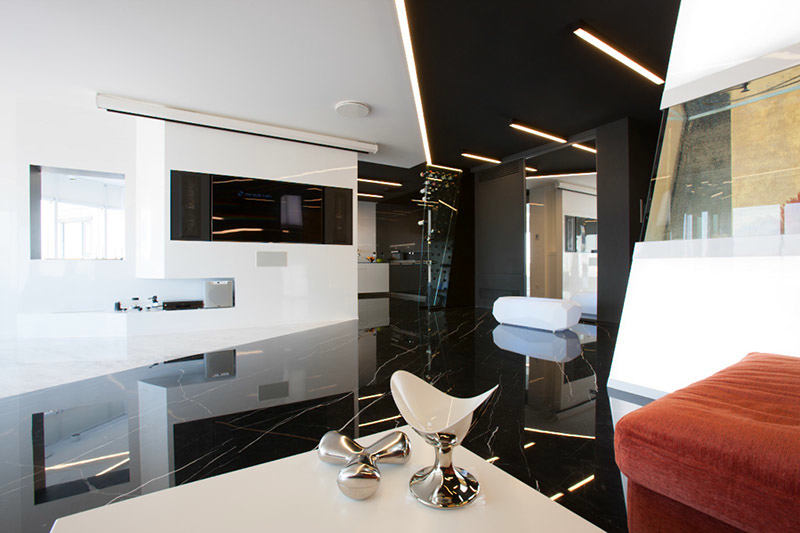 • style - your symbiosis of minimalism and high-tech, •price tag - from 50 to 150 euros per meter, depending on the task, • uniqueness - “a project can be considered completed not when there is nothing to add to it, but when you cannot delete a single detail from it”. 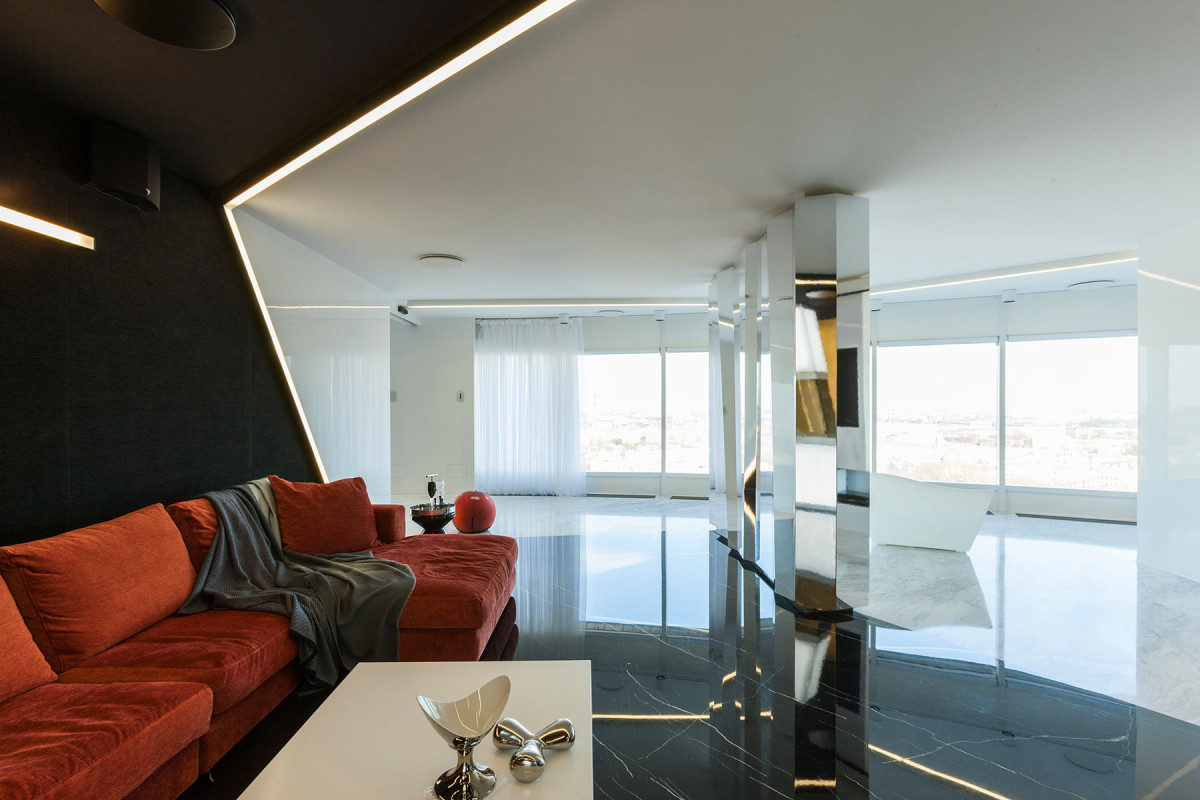 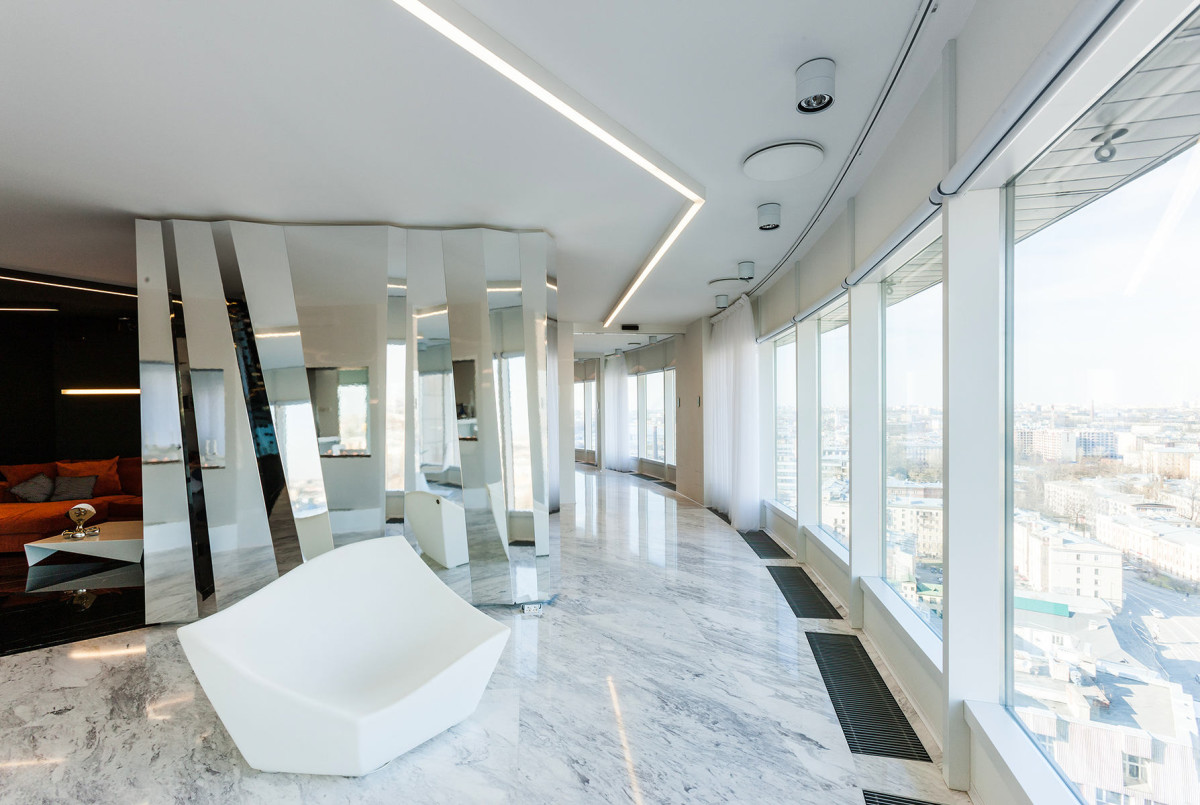 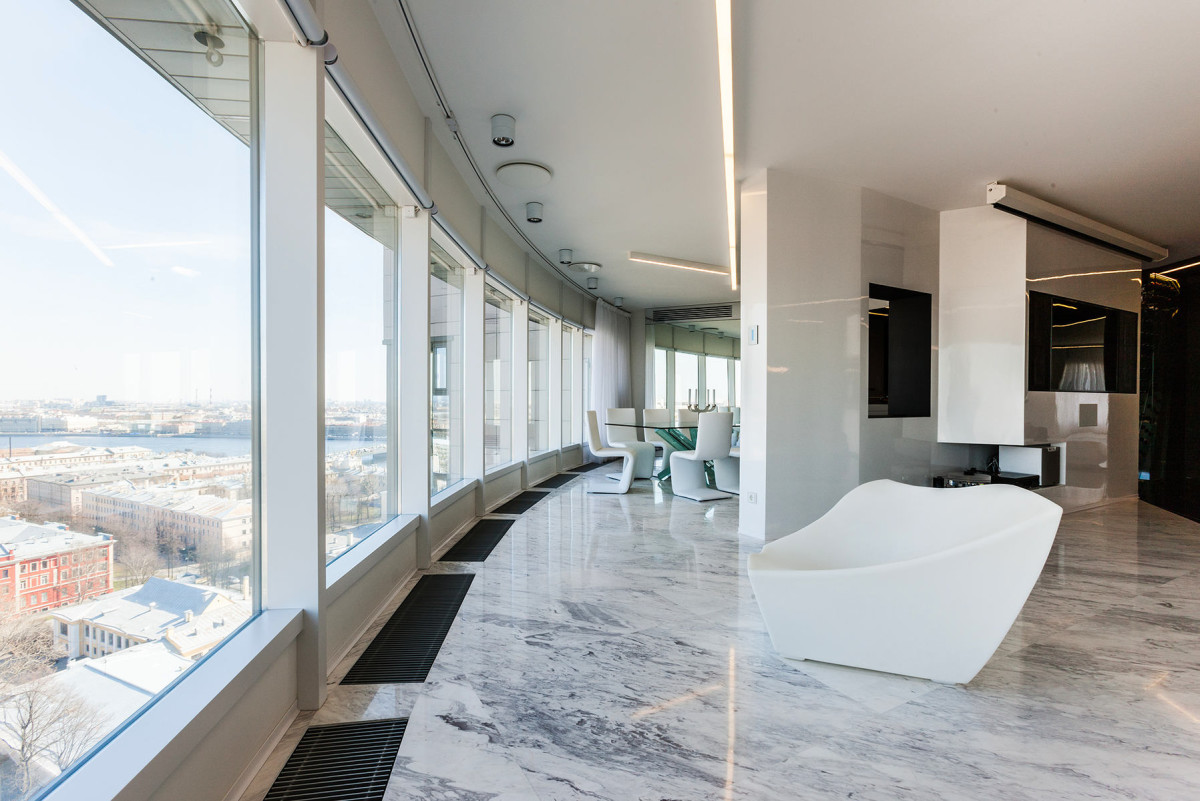 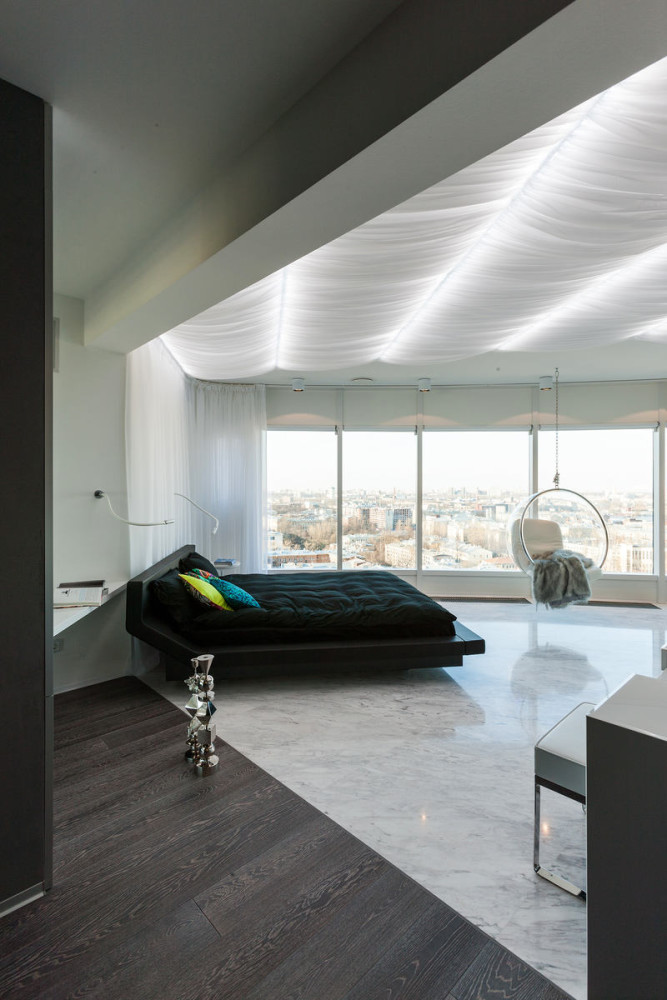 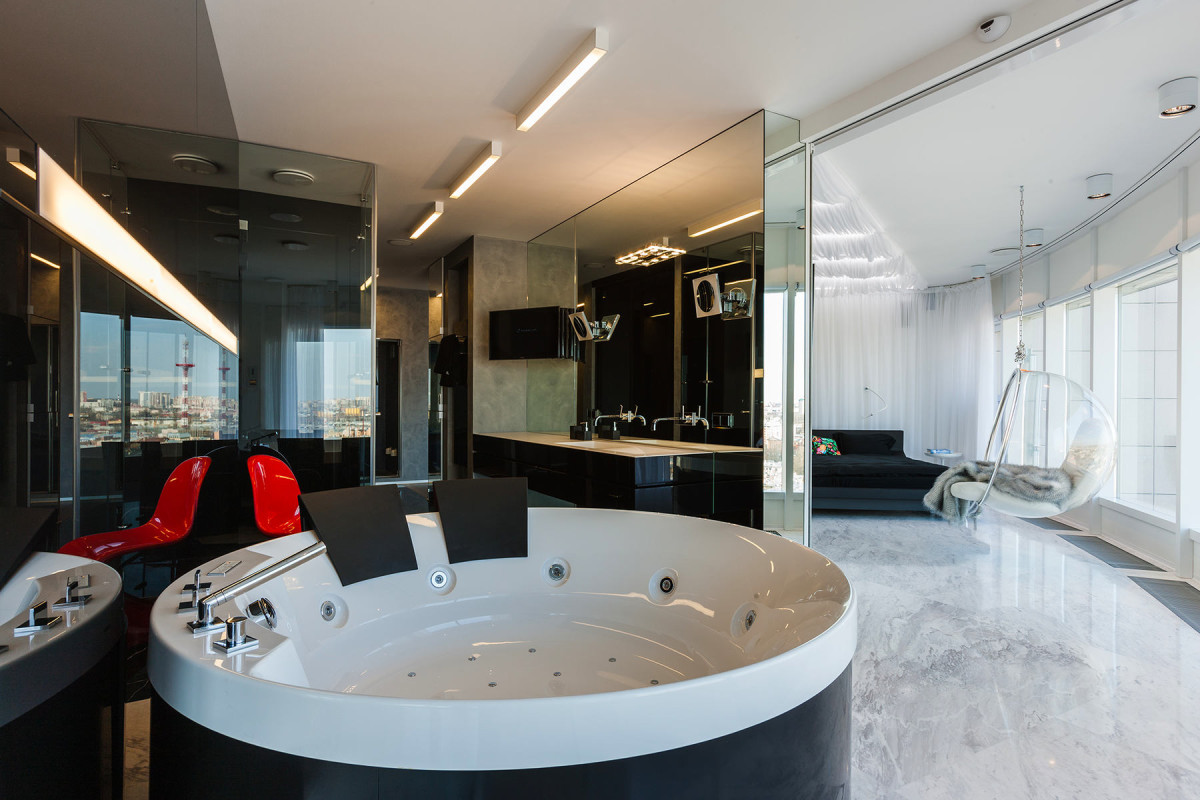 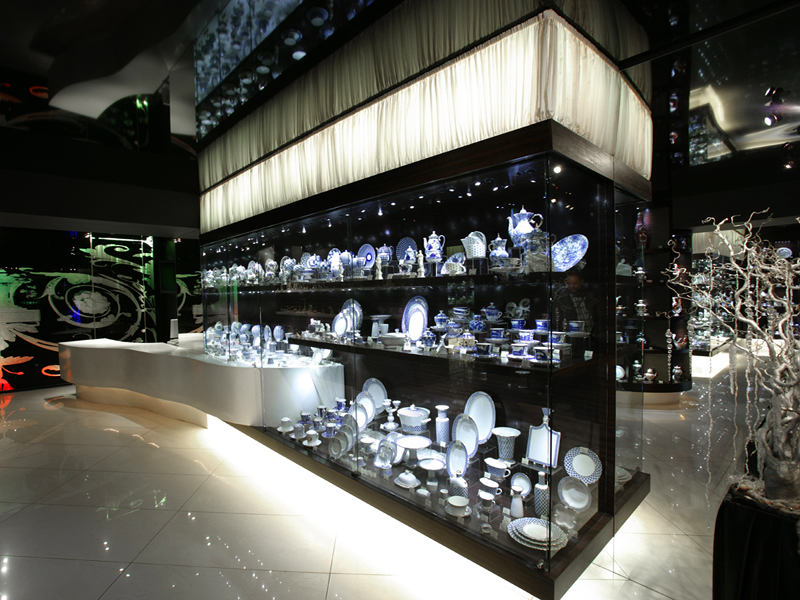 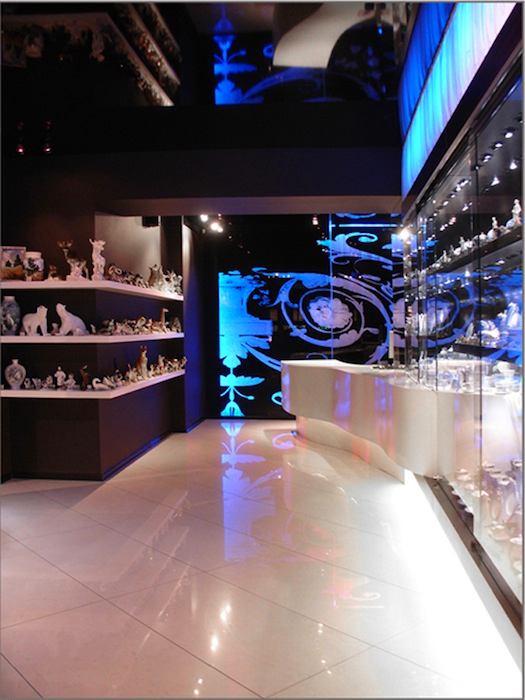 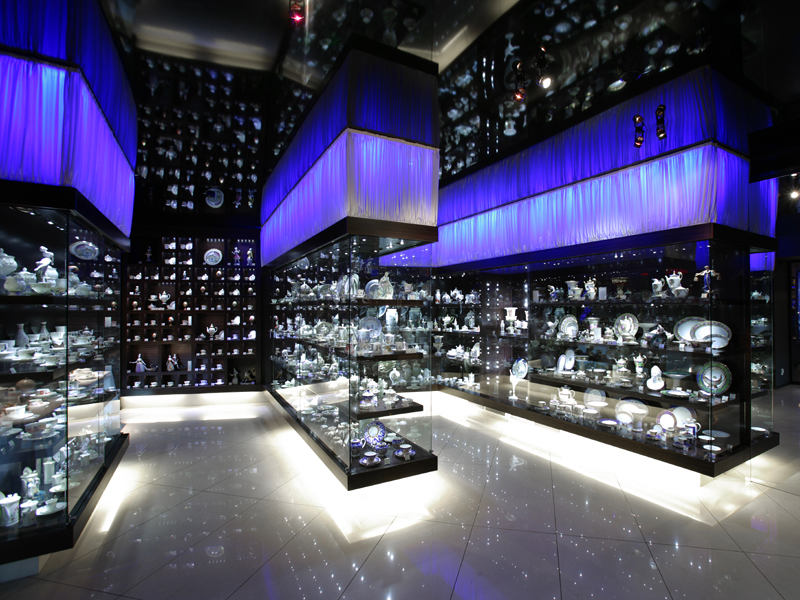 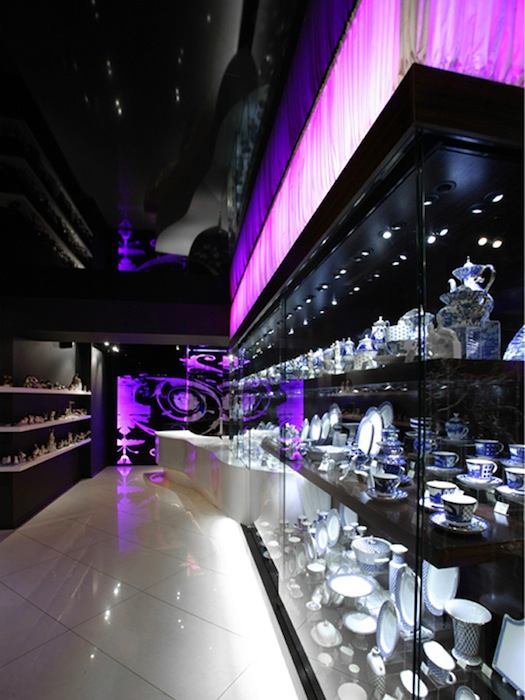 The apartment has a total area of ​​380 sq. m.Terms of interior design: March 2010 - December 2010. Terms of implementation of the design project: February 2011 - August 2012. 2012 - the first prize of the Interia Awards 2012. Nomination - "Interior of the apartment". 2012 - first prize in the category "Best Private Interior" in the "Best Designers and Interiors" competition held by Sobaka.ru magazine. The team of the architectural studio "MK-Interio" isa team of like-minded people united by perfectionism in terms of style and quality of implementation. This is the largest and one of the most famous interior design studios in St. Petersburg. For more than ten years of practice, a significant number of exclusive architectural and interior objects have been created. They were featured on the pages of leading Russian specialized and advertising information magazines - Project Russia, Salon-interior, Domus, Mezzanine, Home & Decor, Interior + Design, Interior digest, Sobaka.ru, Best interiors "," Private interior. Petersburg "and others. Many objects were presented at professional exhibitions and became winners of prestigious contests and festivals - "High Style of Interior", "House on Brestskaya", "Zodchestvo", "Best Designers and Interiors". The studio is a six-time nominee for the professional "International Architectural Award" of the Salon-Press publishing house in 2004, 2005, 2006 (twice), 2007, 2009. Also, the MK-Interio studio is a three-time nominee (in 2010, 2011, 2013) and a laureate - in 2012 and 2014 - of the Interia Awards. - - What was the most amazing project that you did?- - Villa on the French Riviera. - - Favorite brands? - - The style is determined by the initial task, the choice of the manufacturer is determined by the quality. - - Geography of your services? - - St. Petersburg, Moscow, Europe. - - The most unusual case from practice? - - We worked on creating the interior of a private jet. - - What is your favorite place in the apartment? - - The corridor. - - The most difficult task that you have ever faced? - - We leave all the difficulties behind the scenes, when labor is visible - art disappears. We remind you that any architectural studio or interior designer can become a guest of etk-fashion.com. To do this, you need to write to us by mail [email protected]and we will definitely contact you. archistudio.ru; design.sobaka.ru