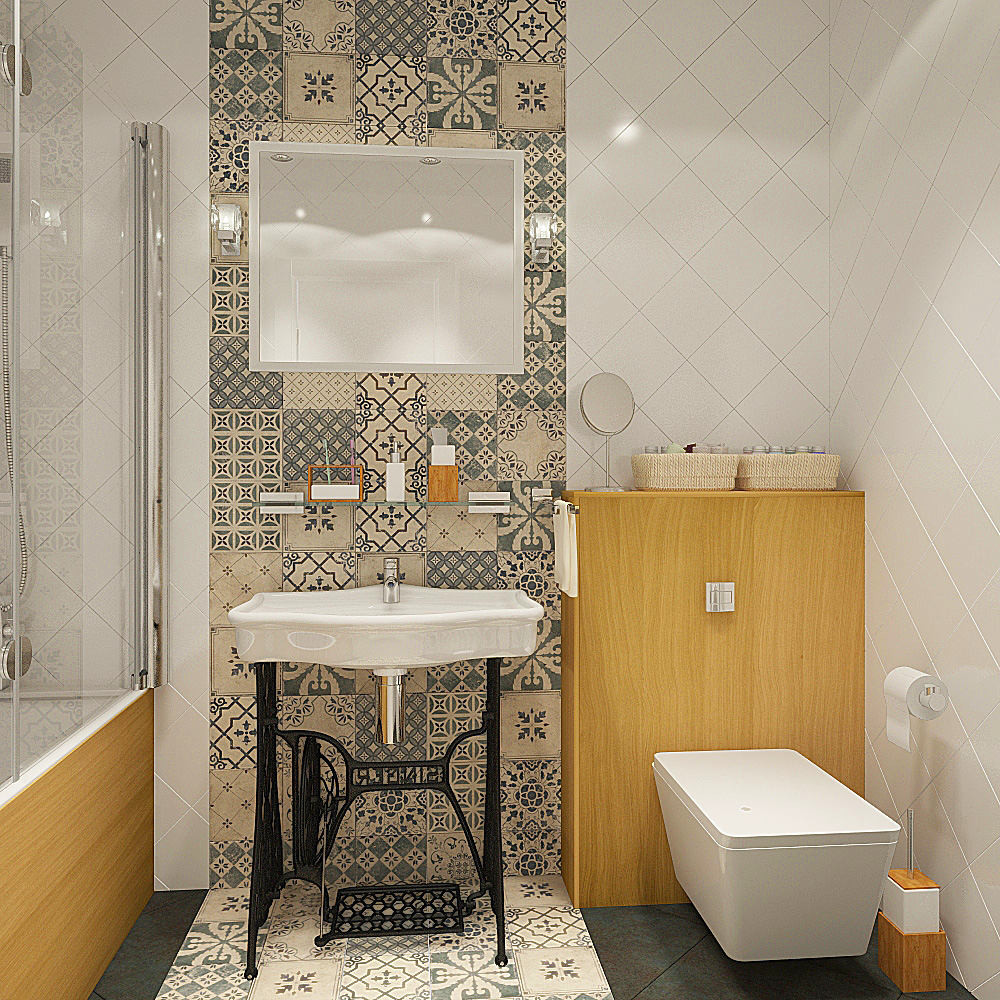 Why is it better to use wallpaper for painting, whereHide the bedroom where to place the office and how to equip the storage systems in a city apartment - we will tell and show in our new project of the week. This project is designed for a young, adorable couple. Actually, it was the customers' love for travel that became the reason why we included so much free space in the project. In the future, the hosts will fill it with "trophies". CO: interior The main objective of the designers of CO: interior is to help people who are going to repair and tell them about the importance and the need for working documentation for repair. That is why they set more than affordable prices for their projects and record dates for their implementation. CO: interior projects are initially created for fictional hosts, but afterwards each of them acquires its individuality in the process of adaptation for each individual family. The author of the project is Polina Starchikova, architect, interior designer. Her credo: simplicity, comfort and harmony are the most reliable friends for a successful interior. Cointerior.ru In this project there is a rather tangible redevelopment. First, the authors combined the bathrooms in one large bathroom, in addition, thanks to the reduction of the hall area, the designers managed to slightly increase the bathroom. Secondly, the authors moved the entrance to the kitchen, in accordance with the project from now on, you can go into the kitchen directly from the hallway, and not through the living room, as before. This became possible due to the demolition of the opening between the hallway and the living room. In addition, the designers combined the loggia with the living room. New layout allowed to equip allNecessary functional areas - bedroom, study, living room, kitchen, dining room and, of course, a sufficient number of storage systems. The wardrobe was placed in large wardrobes made according to the author's sketches, and for the souvenirs the designers prepared a shelf, which simultaneously acts as a zoning element that divides the entrance hall from the living room. 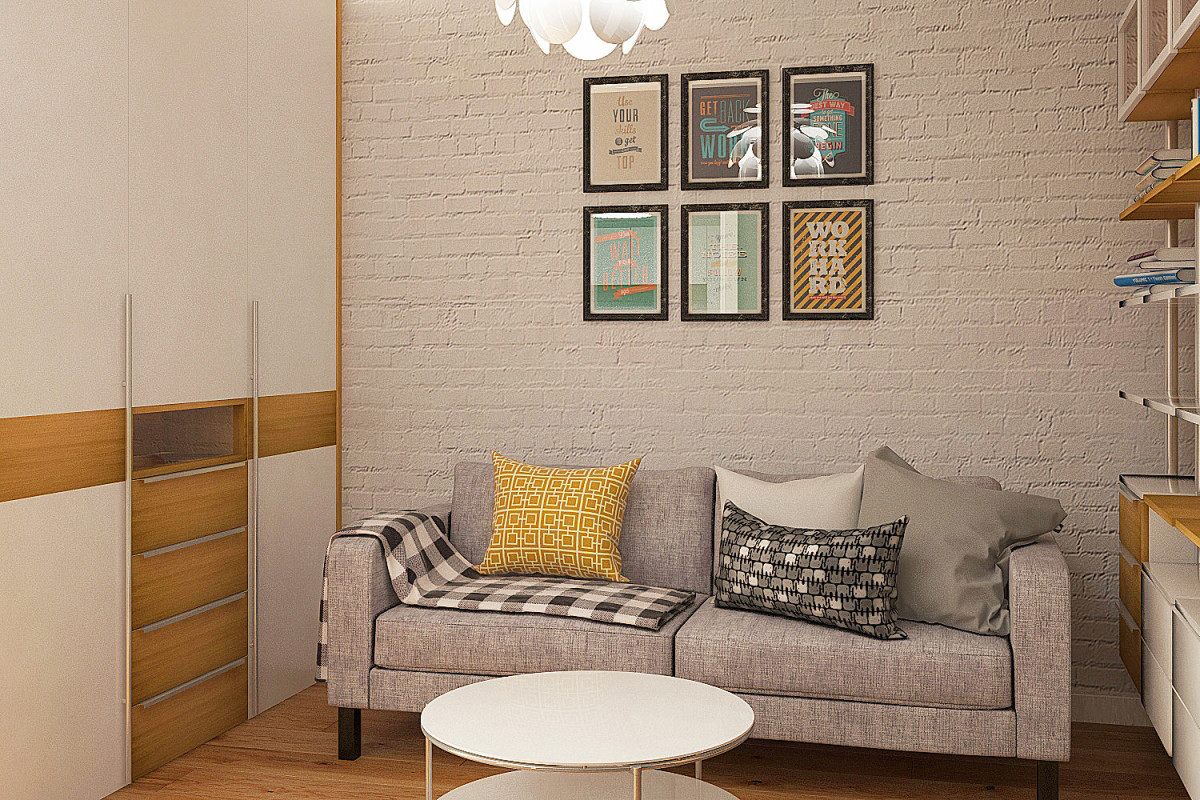 The main type of wall decoration in this project is wallpaperUnder painting. This decision was taken by the authors in case the owners want to quickly update the interior - changing the color of the walls will allow them to do this without too much effort, and the interior as a result will open on the other side. Although the house where the customers live, brick,Designers did not use this material because of its too crude appearance. However, it was decided to retain the concept and overlay a part of the walls with clinker tiles under aged, whitewashed brick. The palette of the walls is simple, but quite unusual - the authors chose pistachio, gray and yellow. On the one hand, these shades are unobtrusive, on the other - perfectly in harmony with white brickwork. The role of a bed is performed by a podium bed,Which designers placed at the window, adding inside the design of independent light sources. Thus, the sleeping area is separated from the rest of the zones without the construction of additional partitions, at the same time this decision gives this place a much-needed intimate atmosphere. 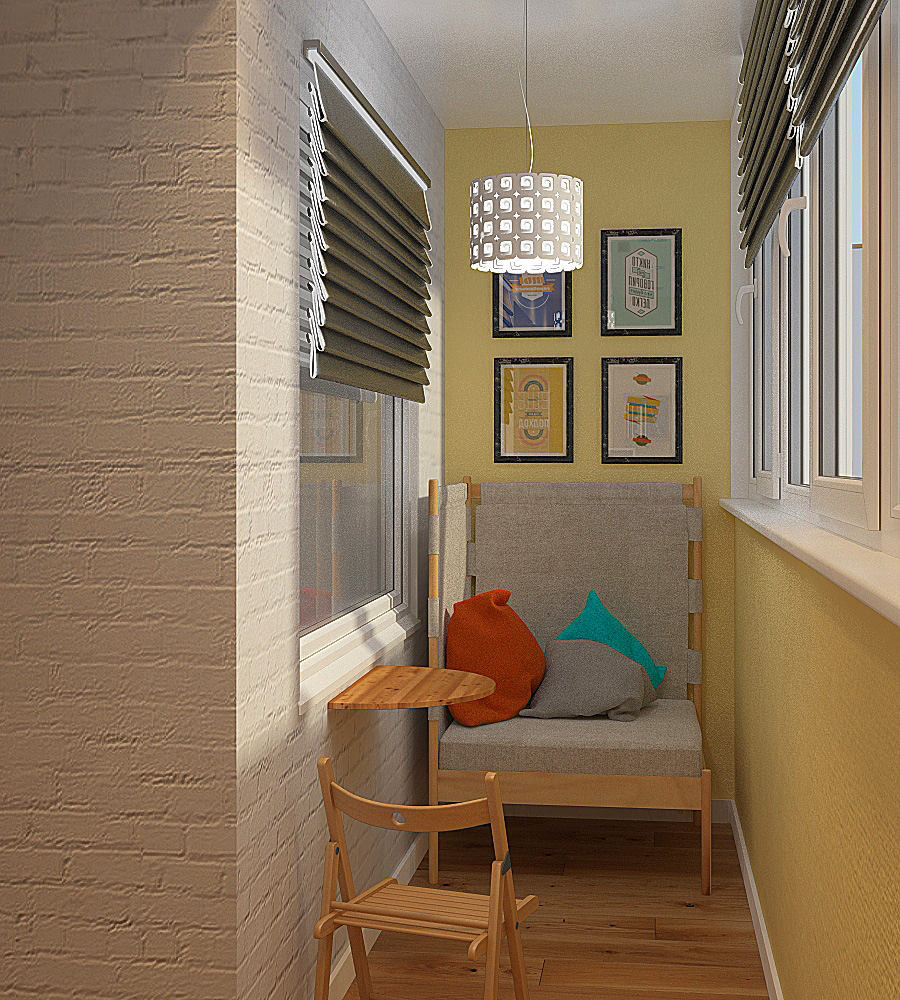 Built-in boxes and racks around the perimeter allowPlace bed linens, books, souvenirs. From the back of the sleeper, the authors have installed a large, up to the ceiling, cupboard that will accommodate a huge number of things. Most of the furniture in this project is made onOrder according to the sketches of designers: a linen closet, a rack and a shoe in the hallway, cabinets in the bathroom, a kitchen set and, of course, a podium bed. Uniform colors and material of facades allow to create the complete image to all space. In addition, the natural texture of the tree and the snow-white facades of the cabinet furniture are harmoniously combined with the brickwork, painted white.

How to equip the zones in the studio apartment: a project in Moscow