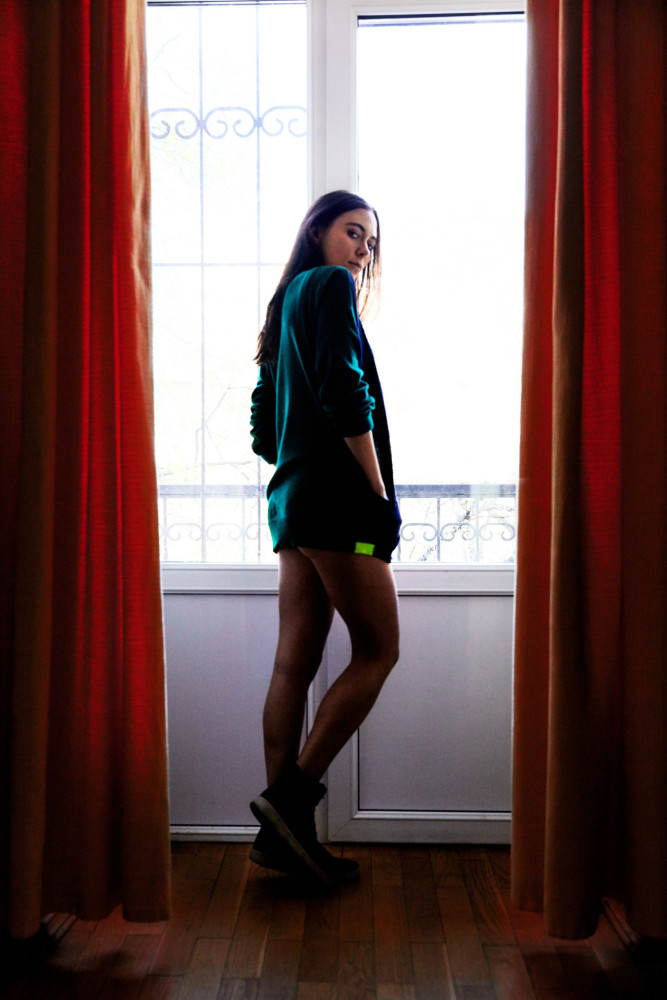 Love the color red, but do not know howUse it in the interior? Make the curtains red and people will reach out to you! Today we will tell you how not to overdo it with red and beautifully hang the curtains of the color of passion in your home. If the reds you still associate with the end of the play, then you definitely should read this article. In general, red is a shade of strength, energy, and it also contributes to increasing blood pressure, so it should be used carefully in the interior. And how exactly, we will show you and tell you together with the designer-designer Ulkar Huseyn-zade. 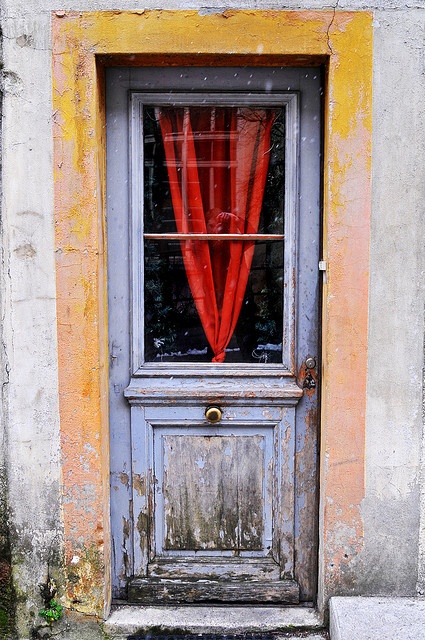 Red is not only the brightest, most dangerous andDifficult to use, but also the most capricious color. He, like an exemplary husband, wants to always be one. That's why it's quite difficult for him to pick a pair. Ulkar Huseyn-zade Ulkar Huseyn-zade is a designer-designer of residential and public interiors. Since 2003 - head of design studio April Design. Also, Ulkar is an international designer of IIDA. Aprildesign.org - In public spaces, red is perceived elegantly, solemnly, luxuriously ... However, in Soviet times this color was often used in the interiors of Stalin's houses, as if emphasizing the status of housing. Unfortunately, such interiors were remembered only by ours, which filled the interior space and made it heavy, even oppressive. Red color killed the sense of space. 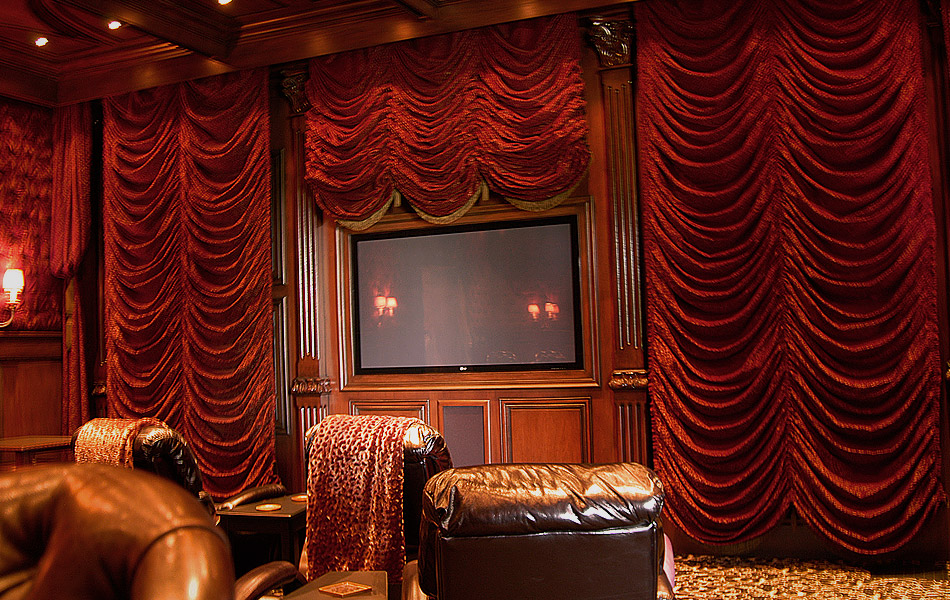 Modern interiors in Stalinist houses are light, and the whole space serves as a background for elegant furniture. Red can only be used as a color. 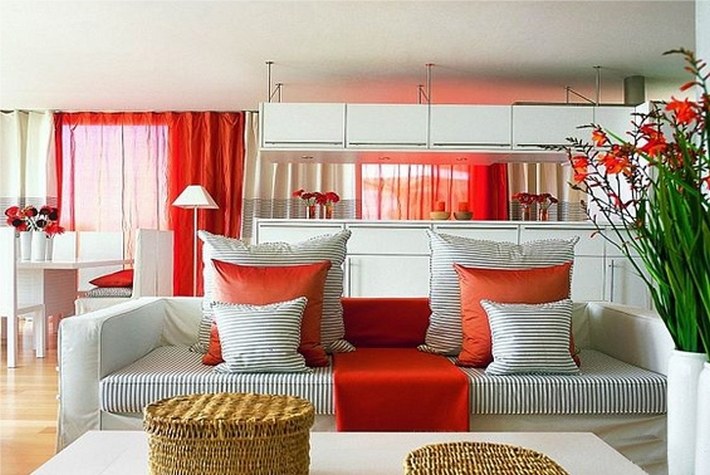 Now let's go directly to the useRed curtains in the interior. Better if the curtains are a simple cut, the color and so accentuates attention, and geometric delights here to anything. In addition to the cut, the texture of the fabric itself influences the color rendition. 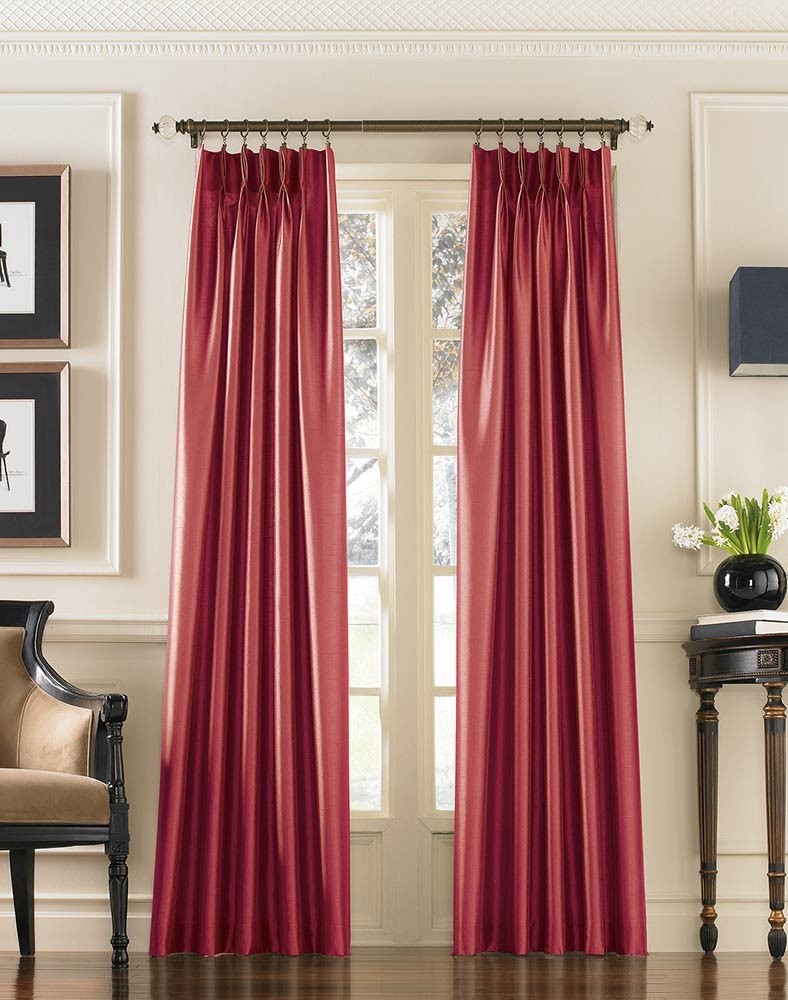 Beautiful looks in red velvet, brocade and silk, and the most boring is the knitwear. The first ones benefit from the fact that the color creates a depth, shades pour out and reflect the falling light. 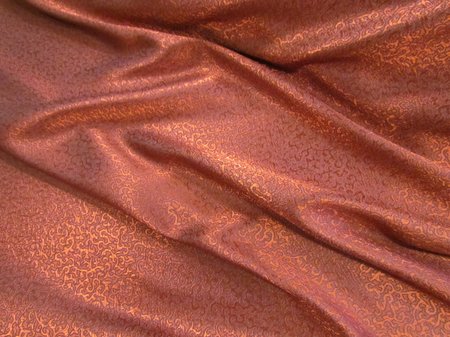 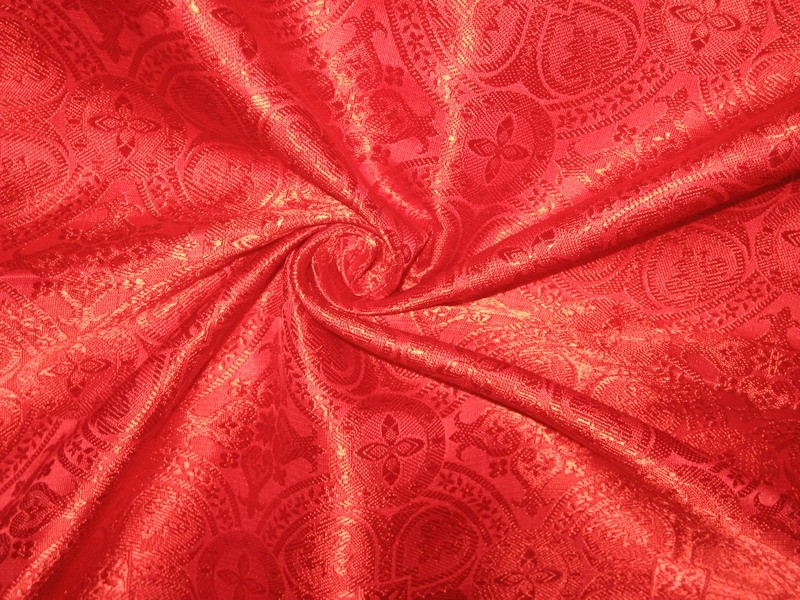 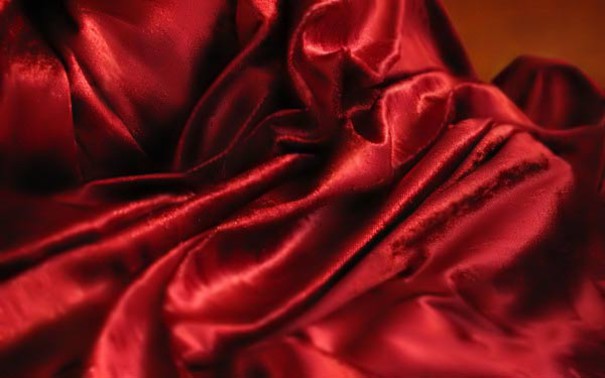 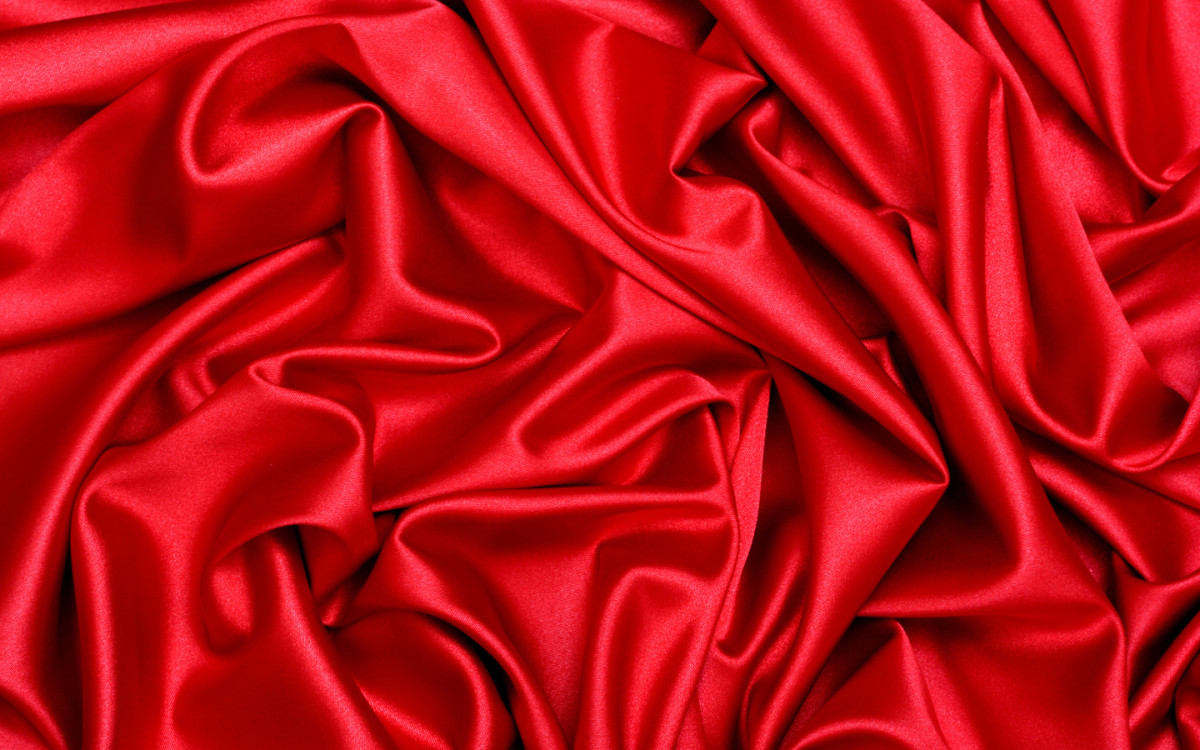 As a background for red curtains perfectly suitedPainted on shade pale walls. This technique works well in large spaces with high ceilings. These rooms, as a rule, have a rich history, where luxury of red color is contrasted with expensive accessories and decor items. 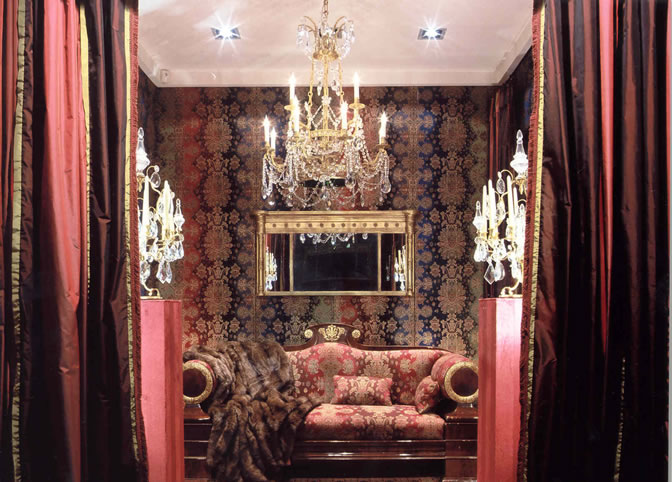 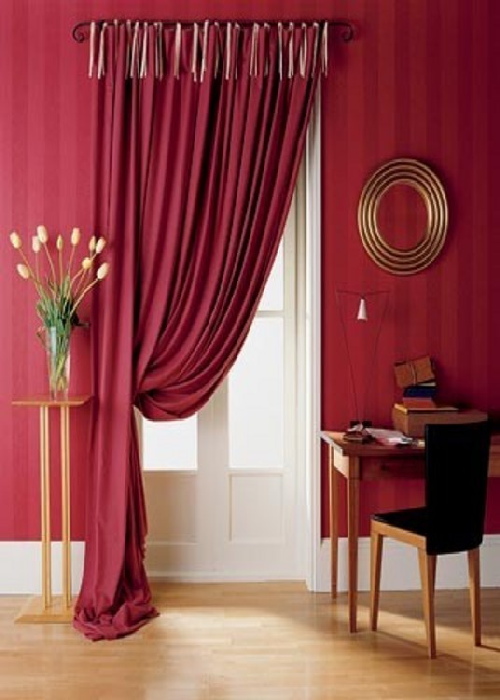 In classical interiors, red is usuallyIt is used as the main stroke of an integral palette of shades. But there are interiors, where red stands out just like the owner's favorite color of the house. In such cases, the accented shade should be supported by other interior items of the same tones. This makes the interior lively and bright. The main thing in this situation is good taste. 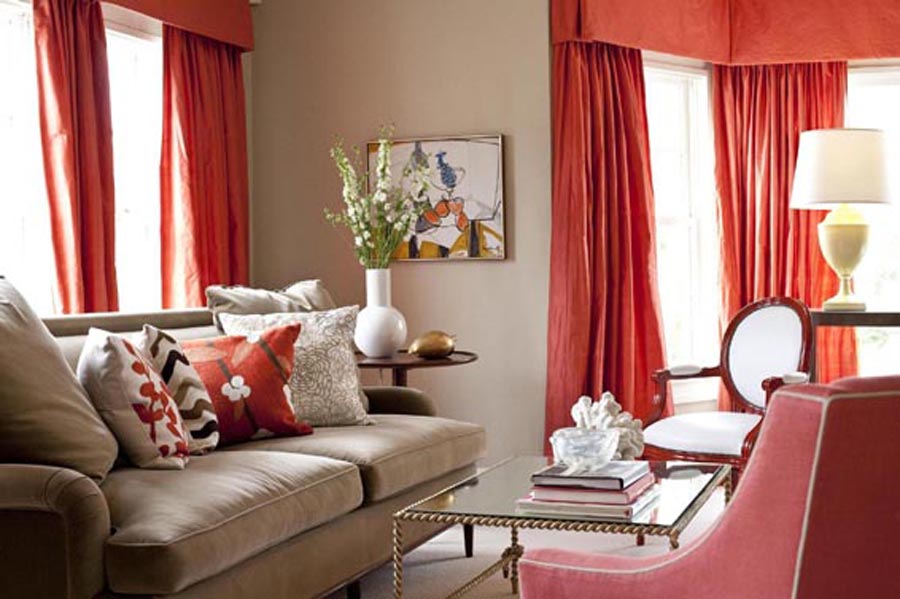 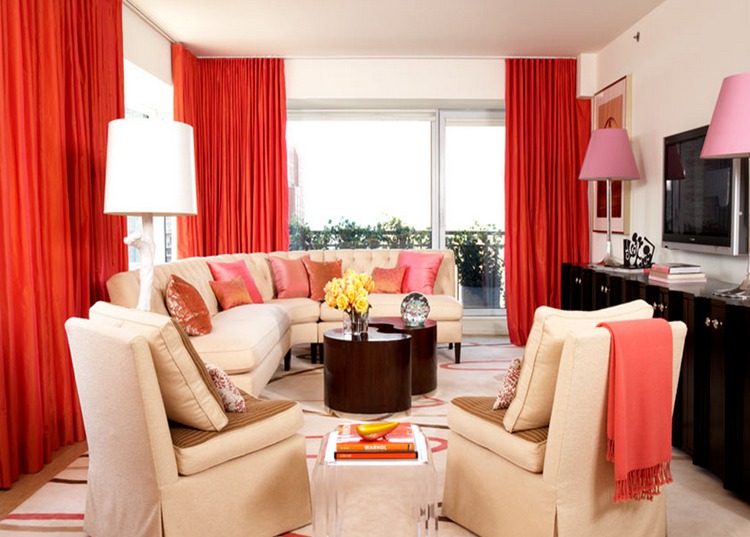 Red color always fills the interiorSolemnity, beauty, saturation. Ulkar Huseyn-zade, designer-designer In general, red curtains in the interior can be used by either very brave and confident people, or fans of Spartak (but in exclusive combination with white). Red color has a lot of psychological connotations, and shades are even greater. Now we will try to inspire you to create bright strokes in your interior with beautiful pictures with red curtains. How to choose the right carpet: expert advice - etk-fashion.com

How to create a chalet style in the interior: tips for professionals and an amazing apartment from Magadan - etk-fashion.com

Joining the loggia to the room: tips for the pros, reconciliation process

The highlight of the design: 16 memorable interiors with columns - etk-fashion.com